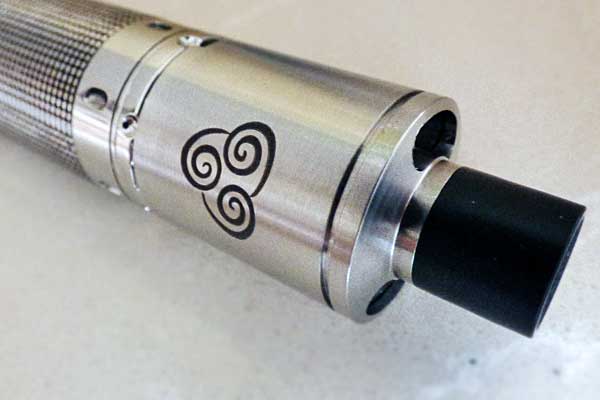 Introduction to the ERE RDA

We have seen all RDAs with bottom airflow before such as Wotofo’s Freakshow Mini and also top airflow designs such as Syntheticloud’s Aeolus but what about an RDA that has both? That’s something the ERE RDA aims to address. Designed by Ohm Nation U.S.A. and manufactured by Tobeco this dripper supports dual coil only builds and is designed to offer excellent vapour and flavour.

The ERE RDA features a four post design and has massive airflow so will likely appeal to all cloud chasing fans! What’s more this RDA is an authentic product at a very reasonable price so let’s take a look and see if it’s right for you. 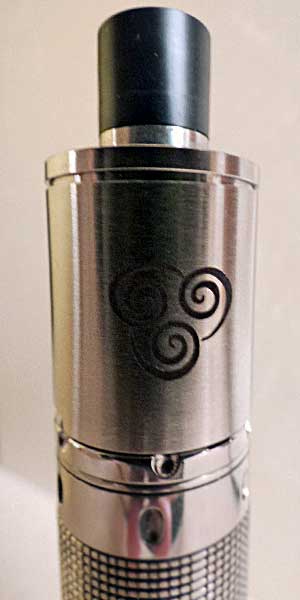 There is no denying that the ERE is a stylish dripper. Everything is machined extremely well. In many ways the ERE RDA borrows from other designs. The four large bottom airflow tubes are very reminiscent of the Kennedy Competition RDA and to a lesser extent Ehpro’s Nixon RDA.

The top cap features two large airflow slots that are fully adjustable and this is also similar to other recent designs such as the Vector RDA from Vulcan and the Sapor RDA from Wotofo.

The deck features a four post design and the post holes are suitably large so will be ideal for most typical builds. The only problem you may run into is the amount of build space that is available because if you use coils with too large an internal diameter you will end up shorting them on the pair of double air tubes that rise from the deck. If you want to build larger coils in this RDA then you will have to raise them sufficiently

The Philips head grub screws are well made and I had no issues with them cutting wire. The O-rings seem reasonable enough but the downside is that they hold everything on a little too securely. Now of course this is a good thing but it does mean that it can take a little force to remove the top cap or the main barrel of the RDA and in addition the top airflow adjustment was very stiff. I applied some Vaseline to the O-rings as I do with most rebuildables and it made things much better.

The juice well is suitably deep but do keep in mind this RDA is dual coil only so it will still drain juice quite quickly. The drip tip is made of Delrin and is of a wide bore design but the one negative for some will be the fact that it is not removable so if you want to use your own drip tips you are out of luck. Personally I feel the drip tip is just right for this RDA so I don’t consider it a major deal breaker.

As I said earlier, airflow in this RDA is massive. The deck features a pair of dual airflow tubes that rise from the deck. The tubes go right through to the base of the RDA but before you get too worried about major leaking keep in mind that the tubes are about 4-5mm higher than the rim of the juice well.

The bottom airflow can be adjusted but it cannot be closed down completely which in my opinion is a bit of a shame because it would have allowed users to just use the top airflow for a non-leaking solution. The top airflow has very large slots and these are also designed to allow you to drip through them. In actual practice it is a bit tricky to see how much juice you are putting in there and unless you drip to the side that juice could end up going down the bottom air tubes. I found it simpler to take off the main top cap like I do with most other RDA’s I use. 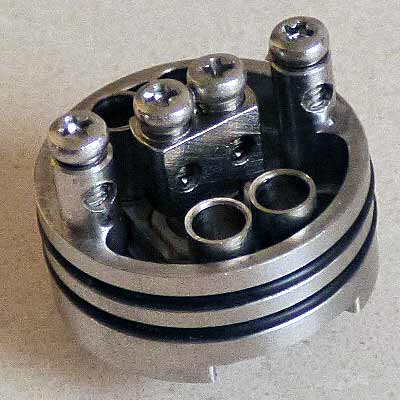 I went with a dual coil 26AWG (0.4mm) Kanthal build. The coils had an internal diameter of 3mm and my final resistance was 0.5ohm. Both coils were wicked with Japanese cotton. The build itself was very easy and this RDA was enjoyable to work with due to the decent screws and large post holes.

I did initially get a short because I had one of the coils just touching the bottom airflow tubes. After raising the coil slightly everything was fine. For this RDA you need to make sure that your coils are being hit by both of the bottom airflow tubes and your wicking needs to be kept to both sides to avoid any leaking issues. 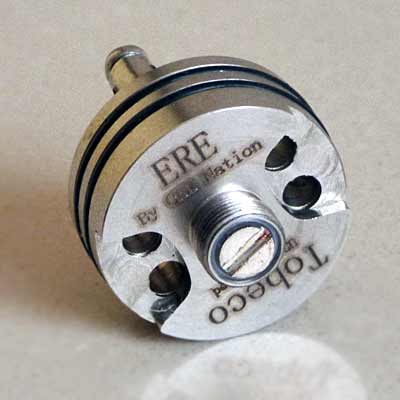 How does the ERE RDA vape?

My first vape with this RDA was with Colonel Boom’s Marshal’s Traite. Flavour was excellent but this was using the bottom airflow only. Cloud production was brilliant and there was plenty of dense vapour. For some reason I found my 6mg juice was giving me more of a throat hit then usual and it felt stronger. I could put this down the change in my vaping habits since I tend to mainly use RTA’s these days but since I still use my other drippers I do believe that the ERE has more of a kick to it.

I found I really liked the stronger vape I got with this RDA so I tried a few more juices in it. I used Element Mojito and Element Tangerine and they were both lovely vapes in the ERE and the flavour was extremely good. After that I swapped to a higher VG juice and used some Naked Fish Barracuda. As you would expect with high VG the cloud production increased a great deal.

I then moved on to try the upper airflow and fully opened the slots. This did result in larger amounts of clouds but the real downside was the massive flavour loss. I found that if I closed the slots down to just slightly open I could get a slight increase in vapour with only a very slight loss in flavour. Of course if you just want to chuck clouds then fully opening the upper airflow will be ideal for you.

In short this RDA vapes great and this is a dripper I really have enjoyed trying out!

To sum up this is an excellent budget RDA that is straightforward to work with and offers very nice flavour with great cloud production. For even more clouds open up the top airflow but do keep in mind it will result in a major loss of flavour. The £19.99 price tag is extremely reasonable for an authentic RDA.

Many thanks to Grey Haze who sent this for us to review.  Check out the ERE RDA on their site.

For your chance to win the ERE RDA from this review please check out our competition which closes on the 16th November. 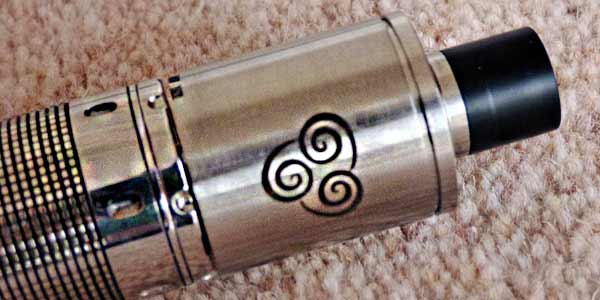