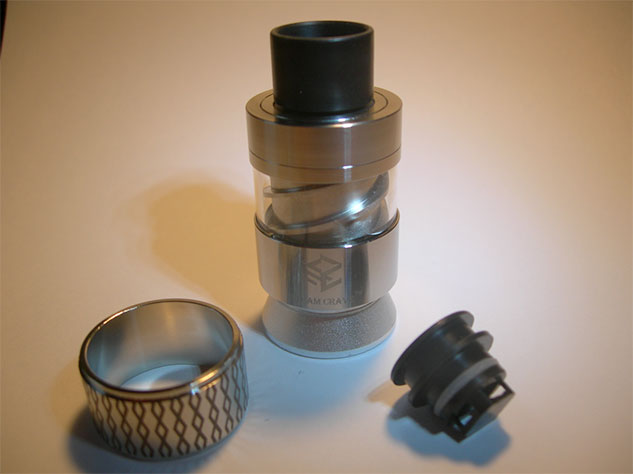 This review will be brief … mercifully, I hear you say under your breath … as it follows my Preview Review on a prototype test unit which you can find here.

Have you read it and caught up now? So, in summary, the main issue with the prototype was that the deck wasn’t really big enough to compete with some of the better known cloud-chuckers. There were also minor issues with the chuff cap fitting and a drilled cyclonic insert that had no discernible effect on the vape. The blades on the cyclone inserts were quite sharp and required a cloth when handling to prevent cutting the skin.

One thing Steam Crave have become well known for is their ability to listen closely to feedback from vapers and act on it. Many companies say they do this, but few have as good a track record of actually delivering on it. The Aromamizer V-RDA production has arrived and it has changed.

Changes from the prototype

Most obviously, the diameter has increased from 23mm to 25mm and all that space has been devoted to the build deck. The post size and distance between the posts remain the same meaning the space is out on the deck to enable much larger coils to be built in a greater variety of configurations. Builders can use thicker wires too; not because the post holes have been enlarged, they stay at 2mm, but because there’s room outside the post for grub screws to protrude and not short against the inner chamber wall.

The cyclone chamber insert with drilled holes has been dropped as it offered little as an extra option. The cyclone blades are also noticeably less sharp than previously, a little extra finishing care has been taken for vaper safety. 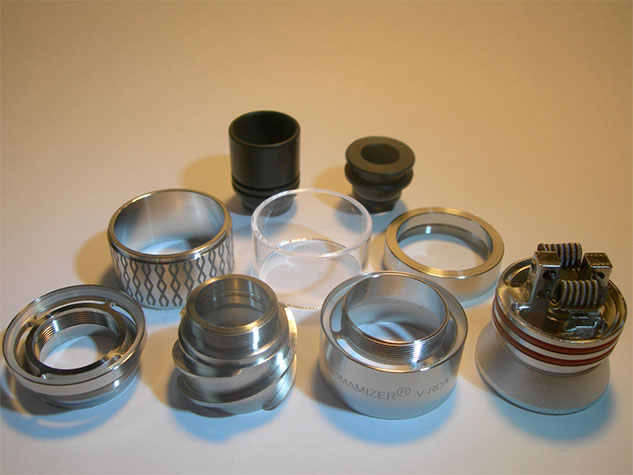 Aesthetically, nothing changes from the sleek design that was seen from the prototype. It’s a good looking piece with either glass or stainless centre section and it looks great on the kind of mods prevalent amongst vapers today.

I chucked in a build to make full use of the real estate now on offer - a pair of 3.0mm fused claptons which should be very pleasing cloud-chuckers and flavour deliverers. Then I slipped on the lower section of the barrel to check for clearance. From this picture you can also see how the large air slots direct the swirling air down onto the outer rim of the deck, then hit the coils directly underneath before rising up to the chuff cap. 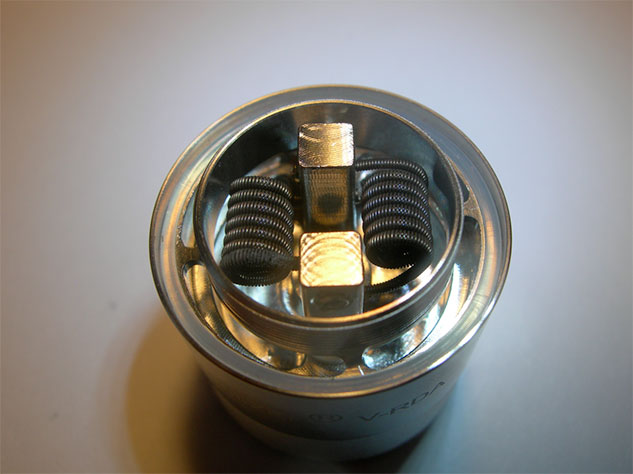 Plenty of room for your coils there! Even larger coils can be fitted by utilising the space between the posts especially when vertically mounted to use the further space above the posts. Now to wick her up and see how she vapes. Lovely big slabs of Muji with fluffy tails resting on the deck to leave loads of space in the well for juice. The deck rims are also left free of wicking to maximise the airflow coming down from the cyclone insert. 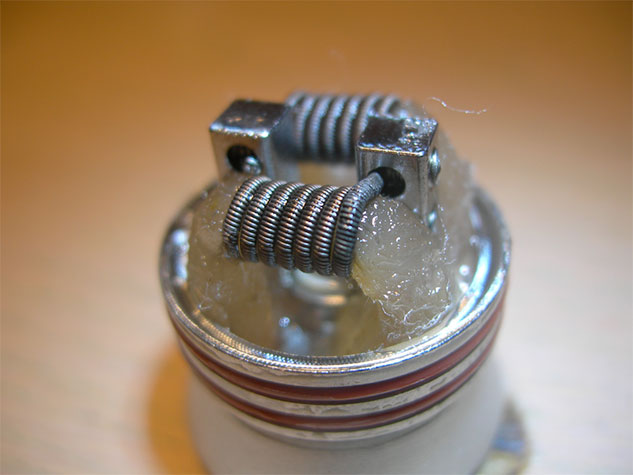 My goodness, this atty and build really delivers … the prototype was very good, with a wide range of builds, and this 25mm production just takes it to an entirely different level. It surpasses the v2 in every respect … with the ease and flexibility of build, with more airflow and even more flavour.

The vape remains smooth even as you crank up the power and the airflow … it just goes on and on delivering until the room is so full of vapour that fat Russians start wandering in wearing towels and carrying birch twigs.

The build quality is spot on, just as we’ve come to expect from Steam Crave. All the issues seem to have been addressed, I now have only one major issue to report on … I haven’t got a squonk mod. I think I need a squonk mod.

The V-RDA V2 is on pre-sale now - check it out direct on SteamCrave.com on via the UK distributors The Nobacconists. 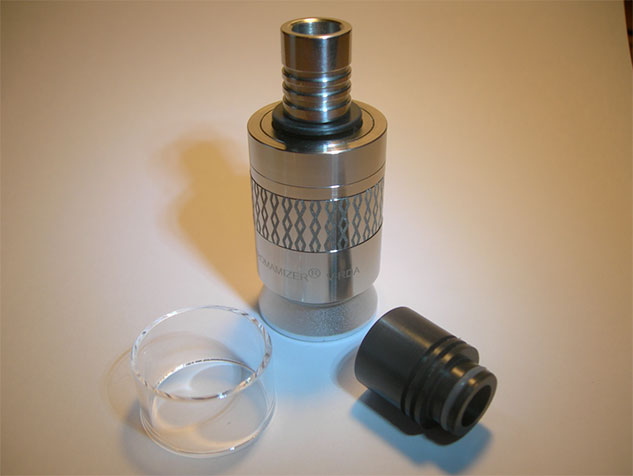