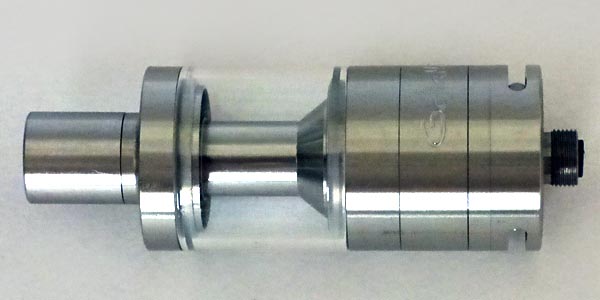 Introduction to the Goliath V2

The Goliath V2 is the latest tank from Youde Technology Company Ltd. This atomizer can be used with pre-made coils or you can make use of the rebuildable deck which allows for both single and dual coil builds. 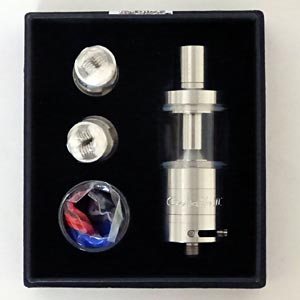 In terms of looks the Goliath V2 is quite a nice looking tank being quite streamlined in its design. The V2 is truly 22mm unlike the V1 which had quite a few sections protruding out. The old heat sink fans have been removed and the airflow ring has been thinned down for a much sleeker look. I thought the build quality was quite reasonable but some of the threading wasn’t exactly great and some parts needed a bit of force to fit together. Some parts were actually quite sharp and due to the fact that this tank can be a bit of a pain to fit together I did cut myself several times. I also had to thoroughly wash the tank because there was a distinct smell of machine oil.

The O-rings are very strong and if you don’t actually like the colour of them then you can change them for different ones. This might be completely unnecessary to some but I think it’s nice that they give you the option. The glass tube feels durable and there is an extra one included in the box should you have an accident.

The drip tip fits well and is thankfully wobble free. Like the Youde Zephyrus the interior of the drip tip features spiral cut grooves to help create a vortex like effect when you vape. In addition they have also been applied to the chimney itself.

The Goliath V2 features too large slots to provide a great deal of airflow when completely wide open. The only issue I have with it is it can be a tricky to adjust when you have it on your mod.

The deck is very similar to other Youde RTA’s such as the Zephyrus and the Goblin. It features too large 3.6mm airflow holes and four juice channels. 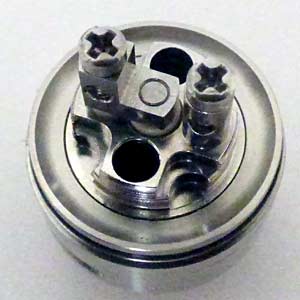 The deck features very solid stainless steel posts and the holes are large so you could certainly fit more adventurous builds in there if you wanted. As long as you are comfortable building on a two post deck you shouldn’t really run into any problems. The deck features Philips screws and I had no issues with them.

What is a nice feature is the fact that Youde have realised that not everyone wants to do dual coil builds so they have included a small baffle plate and plug. This piece fits into one of the air holes in the deck and has a rubber section that blocks two of the four juice channels so you can do a single coil build if that is your preference.

How does the Goliath V2 vape?

I firstly tried one of the included ROCC coils. I primed the coil and left it to saturate for about twenty minutes while I had some lunch. I decided to use Manabush Coyote Coconut which is a favourite of mine. I started at 25W and then gradually increased to 40W. Vapour production is really good but flavour just seemed off to me. The flavour was definitely there but it seemed muted and I felt like I had just wasted some of my favourite juice. I continued on despite not especially enjoying the experience and the flavour did improve a little but there was never any richness or depth to it, in short it felt flat.

I suspect that the ROCC coils might take one to two tanks worth of juice to really break in but in the short time I tried it I can’t say I was that impressed. In many ways it just felt like vaping the Zephyrus again and I didn’t especially like those coils either. I know some people might like the vape this tank offers so like everything this is highly subjective since taste varies a great deal.

If I were to provide a comparison to you then I would say that in my opinion the Goliath V2 ROCC coils are nowhere near as flavoursome as the coils that come with the Sense Herakles, Freemax Starre/Starre Pro, Vision MK, Smok VCT Pro and the Uwell Crown. 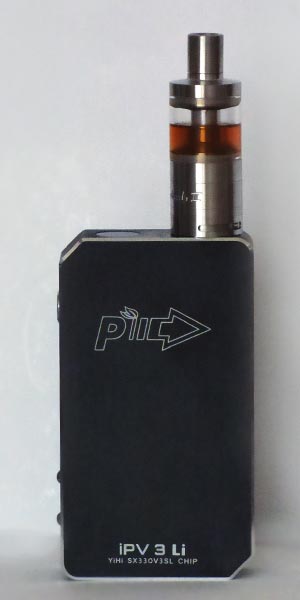 So after removing the ROCC coil I then screwed in the build deck and decided to first try a single coil. I used 26AWG (0.4mm) Kanthal and the final resistance came to 0.8ohm. I wicked with cotton bacon and thankfully because the deck can be worked on without draining the tank I still had some Coyote Coconut I could vape.

The vape itself was very average and I did have to close down the airflow a lot to get reasonable flavour but it still felt a bit lifeless. Despite having the option to use a single coil in my opinion there is probably far too much airflow which results in this dulled taste.

For my next build I went with a dual coil set up. Once again I used 26AWG Kanthal with the final resistance being 0.5ohm. This time I wicked with Japanese cotton instead of cotton bacon. Having washed out the tank first I then filled it up with Element Strawberry Whip.

My experience of vaping this tank with a dual coil build was definitely better. Flavour was now certainly above average but it didn’t exactly dazzle me either. Vapour production was really good and the Goliath V2 does cause a great deal of fog. I really like the way the spiral cut grooves make the vapour swirl around and the draw itself does feel nice and smooth.

I also decided to try some Velvet Cloud Vapour Nightshift in this tank just to see if it could cope with 100% VG. I am pleased to report that thanks to the juice flow adjustment it works without problems.

At the end of the day I feel that if you were to spend some time experimenting then you might get a really good vape from this tank but it will depend heavily on your build, juice and taste buds. Personally this one isn’t for me and I prefer EHPro’s Billow V2 because I find I get far more flavour with a dual coil build.

The only thing that really irritates me about this tank is the way it fits together - it just feels a little more awkward than it needs to be and there is a little bit of a learning experience getting to grips with how it all fits together. The sharp edges I can’t really excuse and I think things should have been rounded off better so as not to cause anyone injury however slight they might be.

I am sure there will be a lot of people who will love this tank but by the same token I am sure there will also be many who feel it is very average. I can’t actually fault the construction apart from the stiff threading in places and the sharp edges I have mentioned.

The tank has its good points too. It can cope with 100% VG juice and it has really nice cloud production. The vape is quite smooth due to the rifling effect and it has a decent juice capacity.

I am impressed that Youde finally gave people the option to finally use a single coil build if they prefer despite the fact that the vape itself wasn’t that good.

You do get a lot of extras for your money and plenty of spares is always a bonus so the package itself is attractive.

For me the Goliath V2 just seems somewhat poor with the premade coils and not ideal with a single coil build either. To get the best from this tank I feel you will have to dual coil it.

The Goliath V2 is not a bad tank it has some flaws but it still might offer you an enjoyable vape experience and if you are someone who liked the Zephyrus and the Goliath V2 then you might really get on really well with this.