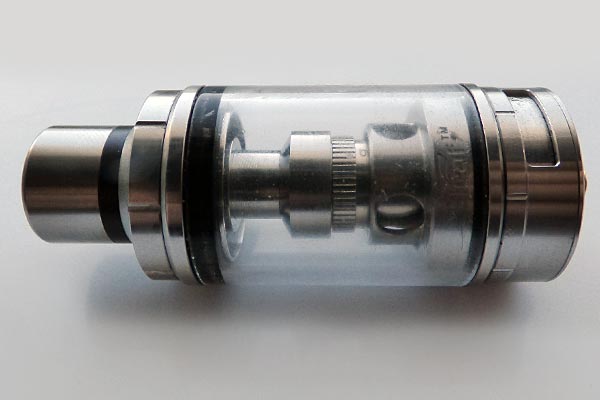 The Lemo is a popular brand of atomizer designed and manufactured by Eleaf. The Lemo 3 is the latest incarnation and features a 4ml capacity tank, top filling and adjustable airflow. In addition the tank can be set up as either a RTA or as Sub Ohm tank. 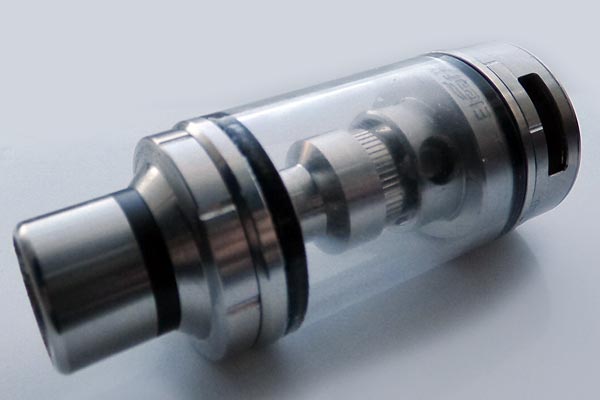 The Lemo 3 is certainly a nice looking tank and I would say considering the price point the machining is decent. There are no burs or rough edges and the individual parts fit together well.

The tank fitted flush with all of the various mods I tried it on. The tank base is 22mm in diameter but the rest of the tank is 23mm so it will overhang ever so slightly on certain mods.

The drip tip is nice, has a good fit and can be easily replaced with another one from your collection. The Lemo 3 has a 4ml capacity which is more than sufficient for the average user and features a top filling design.

The glass is reasonably thick and you do get a replacement tube in the box should you ever have an accident. All of the stainless steel parts feel quite durable and should last a good amount of time. The Lemo 3 offers a nice amount of flexibility since you can either set it up as a RTA or as a Sub Ohm tank. Included in the box are two pre-made coil heads, one of them is 0.3ohm resistance and the other is a 0.25ohm Notch Coil. There are also two pre-made 0.85ohm Clapton coils to use with the RBA deck.

The Lemo 3 can be fully disassembled for cleaning which is definitely a nice bonus. The one thing I don’t like about the overall design is how they have implemented the Sub Ohm Tank/RTA conversion. To swap between them you have to unscrew the RBA deck from the tank base and since the screws are tiny they can be easily lost, although you do get some spare ones in the box. You also have to be precision perfect in lining up the screw holes before tightening them down and you must make sure they are completed tightened or the upper tank will wobble around.  Once you get it sorted it is fine but the whole process seems like a lot of faffing around to me. What’s worse is that the RBA section chamber barrel is also screwed on and you have to use a screwdriver and remove it every time you want to re-wick it.

One issue that might upset Lemo fans is Eleaf’s decision to make the RBA section a dual coil design when all previous iterations of this tank were for single coil builds. That said innovation is key so it is nice to see them trying something new. 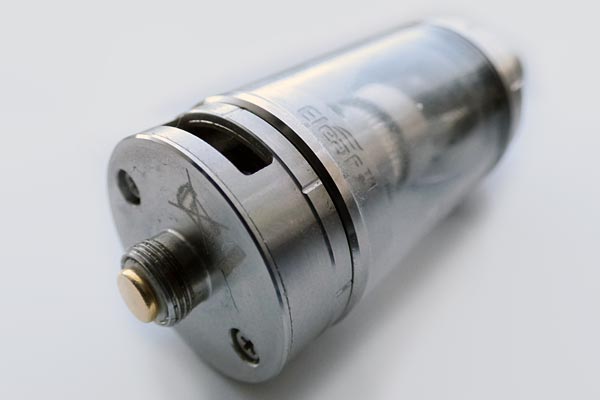 Despite using a traditional dual adjustable “Cyclops” style design the Lemo 3 is not short of airflow. The slots are pretty big and the draw is rather airy. The disappointment for many Lemo fans will be the fact that you can’t really vape the Lemo 3 mouth to lung anymore. Of course anyone who prefers direct lung inhale vaping and low resistance builds with a lot of airflow will probably really love this tank!

The airflow adjustment works really well and I had no issues with it. 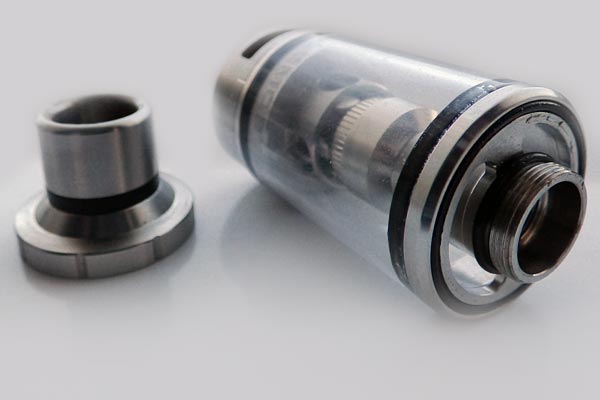 As I mentioned earlier the way you convert the tank from RTA/Sub Ohm Tank is not the most convenient of designs so be prepared to spend some time messing around with tiny screws. The RBA build deck is decent with a good amount of space and you can happily fit Clapton coils in there is you want to. Installing a dual coil build is relatively painless and the deck screws trap the wire well and do not cut it. Wicking can be a little bit tricky and it took me a couple of attempts to get it right. I found a less is more approach led to the best result. Changing the wicking is a pain since you have to take out the screws holding the chamber barrel in place.

One very positive feature is the top filling which is accomplished by unscrewing the top cap. The cap features knurling which really does help you get a good grip. The fill holes are very generous and you have more than enough space for any juice bottle nozzle or dropper. 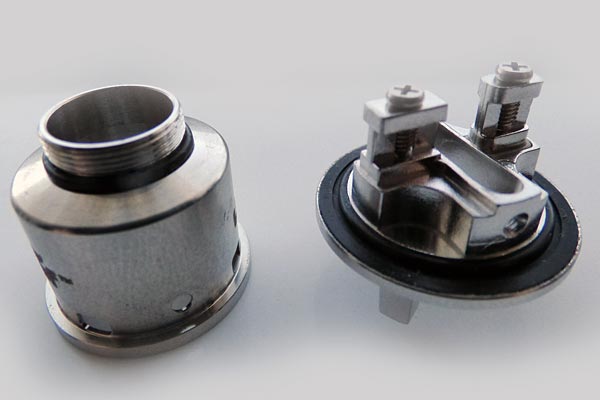 Despite some of the annoying design decisions one thing this tank does is vape extremely well! In RTA mode I got a very enjoyable vape and the wicking kept up at all times when using 80VG/20PG juice. Flavour was really nice and vapour production is very good and results in decent clouds. You could increase this by going for a lower resistance build but be prepared for the juice to drain much faster.

In Sub Ohm mode I really enjoyed the quality vape I got from the pre-made coil when using the tank at 45W. Flavour was excellent and vapour production was really good! In all honesty I actually preferred it in this mode namely because it felt more convenient than having to unscrew the RBA chamber every time I wanted to tweak my build or re-wick. The juice also drained at a reasonable rate when using the tank in this mode and the top fill system made it convenient to keep topping up the tank! 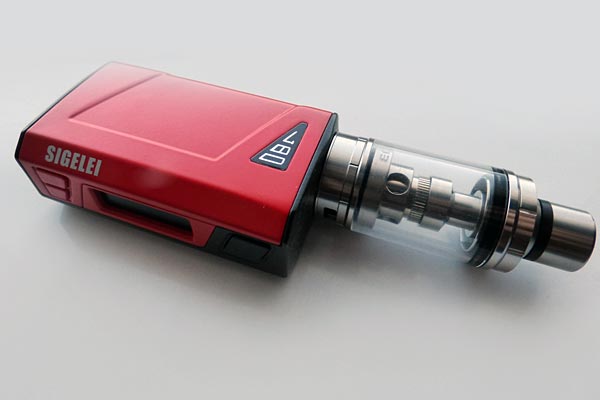 In my experience most Eleaf products are very straightforward and convenient to use but sadly the Lemo 3 doesn’t exactly adhere to that design philosophy. To be fair to the manufacturer it is certainly something you can get to grips with in time and it only requires a little bit of effort if you only want to run the Lemo 3 as a Sub Ohm tank.

The real strengths of this product is the quality of vape you get both in terms of flavour and cloud production. Another strength is the flexibility offered allowing you to set up the Lemo 3 either as a Sub Ohm tank or as an RTA. Personally I actually preferred it as a Sub Ohm tank because when using it is an RTA it can be a little finicky to get the cotton just right and I also really disliked having to take out the screws on the chamber cap every time I wanted to access the deck. Given that the screws are also rather small and easily lost it really adds to a somewhat inconvenient experience that some users won’t want to put up with.

In some respects I feel that the Lemo 3 isn’t really a Lemo at all since the design has radically shifted to a low resistance, dual coil, direct lung inhale style of tank and due to this I can see many die-hard Lemo users being a bit irritated by this change.

Nevertheless the Lemo 3 is relatively inexpensive, comes with plenty of extras and offers a really pleasant vape and a good amount of flexibility at the cost of some inconvenience. It certainly is a pretty good product but in some ways I feel Eleaf have forgotten to keep in mind some of the customers they are actually marketing it at.