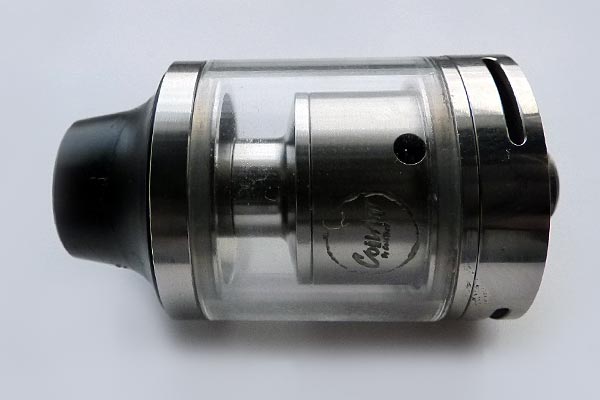 The Mage by CoilArt is a dual coil only 24mm RTA (Rebuildable Tank Atomizer). It is constructed from 304 Stainless Steel and Pyrex. Standing at only 44mm tall it is a very compact atomizer but despite this it still holds 3.5ml of juice and features a convenient top filling system. The deck is based on the ever popular Velocity style. All in all it sounds very attractive but is it any good? We shall see! 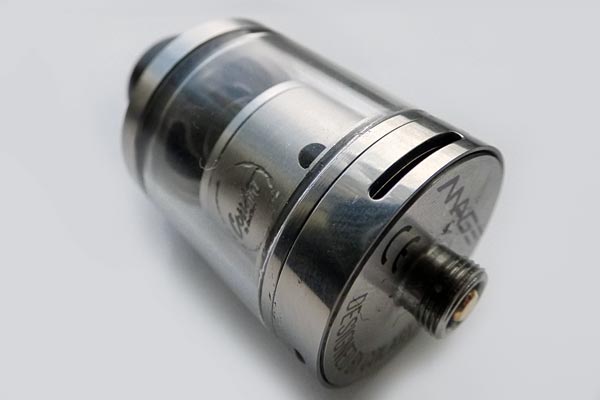 In terms of its overall styling the Mage RTA is nicely streamlined and uncluttered. In some respects it does look a little bit similar to the Sigelei Moonshot. The Mage is 24mm in diameter so it may overhang slightly depending on the mod you fit it to.

The Stainless Steel parts of this RTA feel solid but the threading is rather hit and miss which means it can be awkward to fit together properly. The threading is also not particularly deep so it is highly prone to wear.

The glass section of the tank is quite thin but you do at least get a replacement section should you ever have an accident. The Mage RTA is a top filling design but unusually the top cap and wide bore drip tip are manufactured as a single piece. Thankfully you can use your own standard 510 drip tips by simply attaching them to the end of the wide bore drip tip.

The deck uses a Velocity style design but doesn’t have a huge amount of space but you should at least be able to fit a couple of Clapton coils in there if you want to. The post holes are reasonably large being 2mm in diameter and should be sufficient for most typical builds. One negative with the deck is the fact that it freely spins (there is a design reason for this) and the included screws are pretty poor, being a pain to tighten up as well as tending to strip easily. The tank holds 3.5ml of juice which is fairly reasonable.

The Mage RTA has three Cyclops style airflow slots and the airflow ring itself works well being neither too loose nor too stiff. 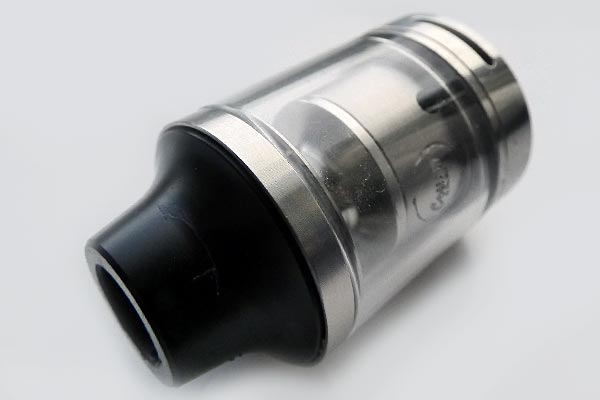 You will probably take one look at the Mage RTA “Velocity” style deck and quickly assume that it will be an easy build but you would be wrong because it certainly has a few issues that can lead to frustration! The grub screws on the version I received for review were less than ideal. They did not tighten very well with the included Allen key nor hold the wire very securely and also had a tendency to strip. While it is true that you do get spares I did find this let-down the overall quality of the product.  The screws also had a habit of cutting the wire and I was using reasonably thick 26 gauge Kanthal.

Secondly due to the design of this RTA the deck freely spins when not fitted to the rest of the tank. The reason for this is so the juice holes on the chamber always orientate correctly with your wicking when the RTA is fitted together. Sadly this makes building more of a challenge due to the deck being free to spin when you are trying to tighten up the screws.

The chamber barrel uses a male to female connector and you have to make sure it is aligned correctly or it will not thread properly. It is imperative that you make sure this is right because the threads are less than ideal and you could potentially ruin them by forcibly screwing the chamber barrel down.

The chamber barrel has two notches on the inside but since you need to wick your coils first it means you can’t actually see them when fitting it to the deck. A lot of trouble could have been solved if the manufacturer had actually marked these on the outer part of the chamber barrel.

The deck itself doesn’t have a huge amount of build space but you could potentially fit 3mm Internal Diameter coils in there. I went with 2.5mm ID coils.

Wicking the Mage RTA is in many ways like working with an older model Kayfun since you have to leave the wicking tails quite long and feed them through the chamber barrel before you tighten it down. After doing this you cut the wick tails flush with the top of the barrel and push them down. You need to make sure all of the juice flow holes on the chamber barrel are completely covered or the tank is liable to leak.

The Delrin drip tip and top cap are one piece and you simply have to unscrew this to fill up the tank. Once again the threading is not especially great and I would advise you to lubricate the O-rings and take care not to over tighten the top cap. On the plus side of things there is plenty of space for your juice bottle nozzles, droppers etc. 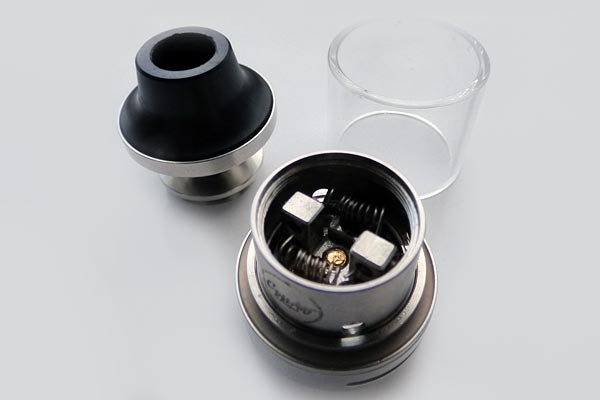 Despite all of the problems the Mage RTA really is a stellar vape! The flavour is truly superb and certainly very close to a RDA experience. The airflow is really good and while somewhat airy does not diminish the flavour even when fully opened up. The draw is like a semi-restricted lung inhale so this RTA won’t suit mouth to lung users.

Cloud production was really good and produces a nice amount of clouds! Due to the Mage RTA using a dual coil set up the juice does get vaped off slightly faster but this will vary depending on your build and the Wattage you vape at. 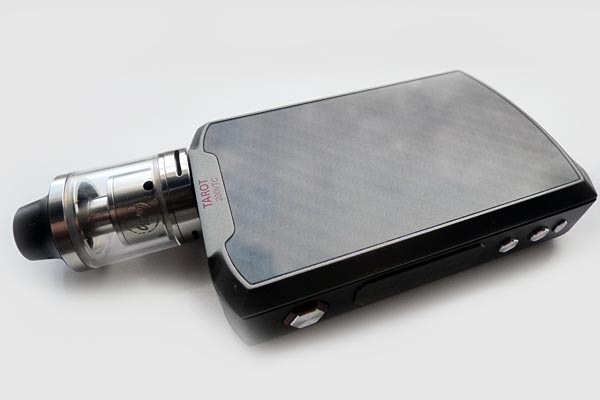 If you were to spend some time checking reviews of this product online then you will quickly come to the conclusion that this is a superb RTA flavour that produces a good amount of vapour and I find myself in complete agreement with that assessment unfortunately the Mage RTA is not without its share of faults.

The male to female connector on the chamber barrel makes for an awkward fit and simply by adding some markings on the outside the manufacturers might have helped alleviate a lot of frustration. Most of the threading certainly leaves a lot to be desired and areas that definitely need improvement are the chamber barrel, chamber top and Delrin drip tip.

Another problem is that this RTA is prone to heavy leaking if you don’t get the amount of wicking absolutely right so make sure you cover those juice holes completely. My most major gripe with this RTA is the spinning deck and while I do understand the reasons for it I really do feel it is right up there in the top ten of “Biggest RTA Design Flaws of All Time” because it is extremely inconvenient when setting up your build. The grub screws are also very poor and tend to strip easily (thankfully you get spares).

At the end of the day this RTA does produce excellent flavour but the leaking and machining issues highlighted do let this tank down.  Some small changes could make this into a must-have for flavour chasers!

If you are interested in checking out this tank then e-liquids.uk have it in stock here - Mage RTA.  POTV readers can get 10% off the listed price using the code POTV at checkout!