I have to admit I wasn’t keen on reviewing this pod kit. On paper it offers nothing new, only the style made it stand out from the crowd. It turns out the Manik Mini is a superb MTL pod kit, it won me over from the first vape! Read on for more………. 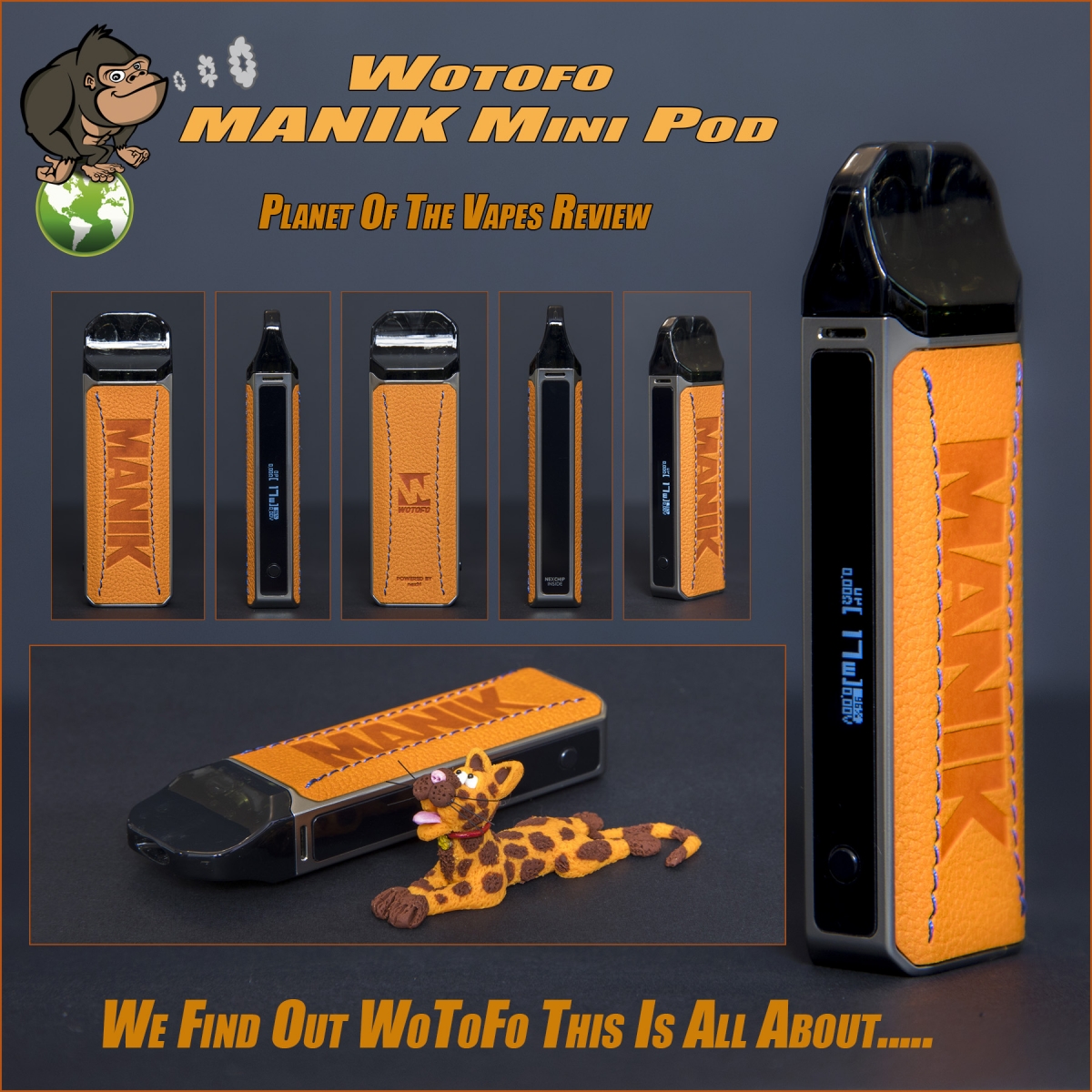 Here’s the general info and specs of the Manik Mini:

As you can see, there’s nothing that we haven’t seen before and it looks uninspiring for 2021, but judging this book by its cover is a big mistake. Sure there’s nowt new, but everything has been done well and it’s very refined. Even the charge current is a reasonable 1.2 Amps even though it's Micro USB. I have seen many USB-C pods that still only charge at 1 Amp. The suggested 60 minutes charge time I found to be faster, it rarely took over 45 minutes.

The Manik Mini comes in a quirky small square box, it’s really compact and I liked its appearance. Wotofo do go a bit ‘manic’ with their branding though. 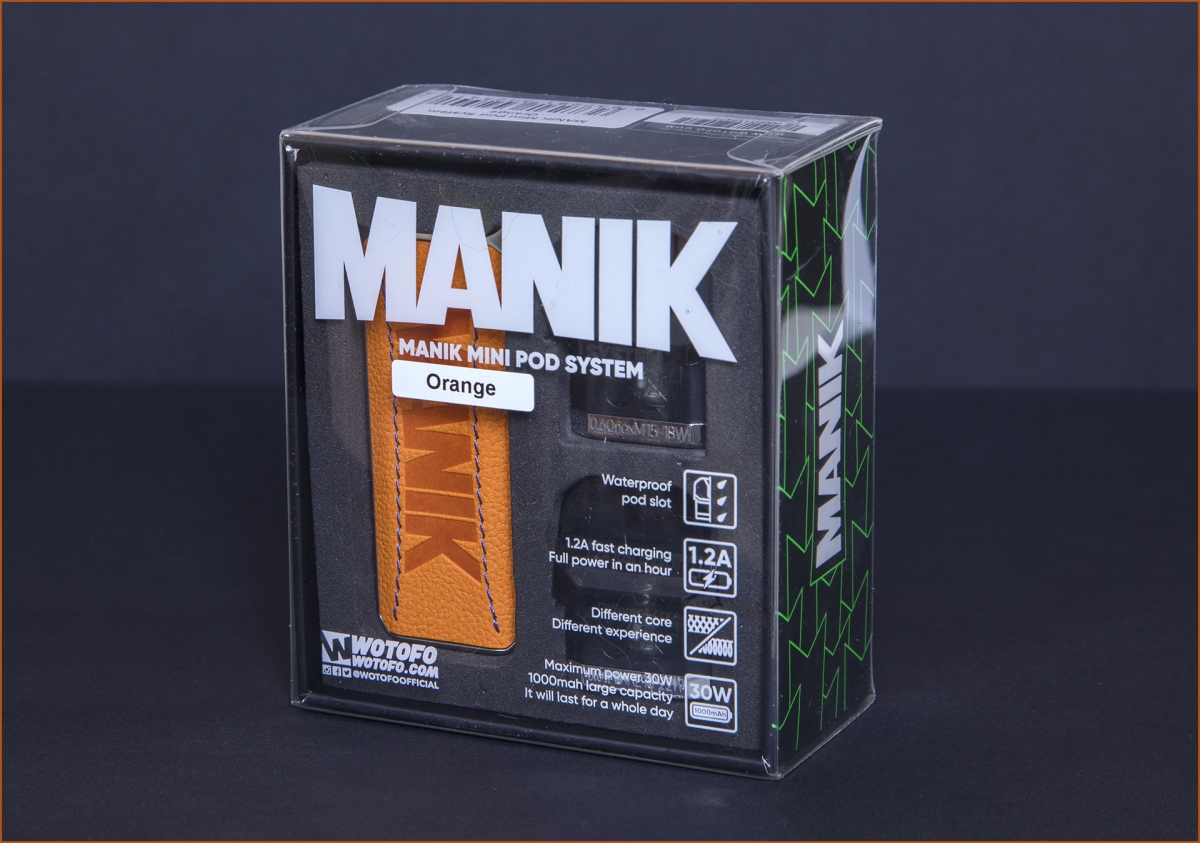 The box was a bit awkward to open, I had to shake the hell out of it to get it access it. Once open there’s no surprises as you can already see the top layer. 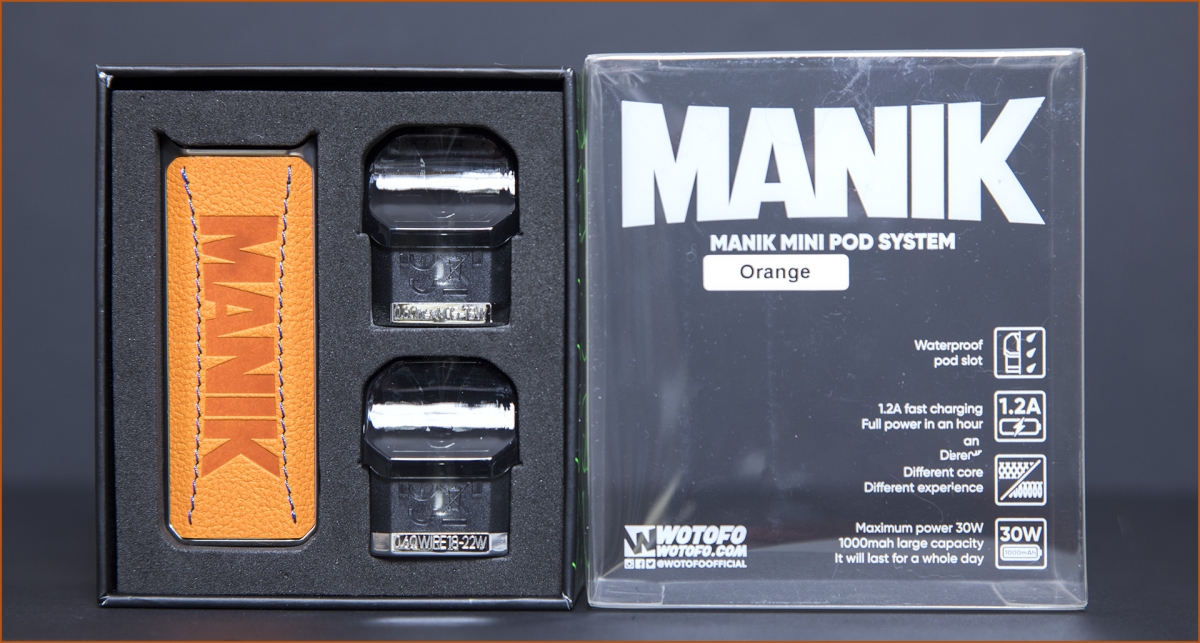 But instantly you can see they included two pods which is always welcome. Underneath is the Micro USB cable and paperwork, plus a silica moisture baggie doofa.

There’s already some charge in the battery but it’s best to recharge it before first use. It only took fifteen minutes on mine which gave me time to fill the pod and let it saturate.

This device oozes quality, it looks and feels great and I really liked the zinc alloy chassis. It has been well designed and sculpted so there’s no hard edges, and it sits nicely in your hand. 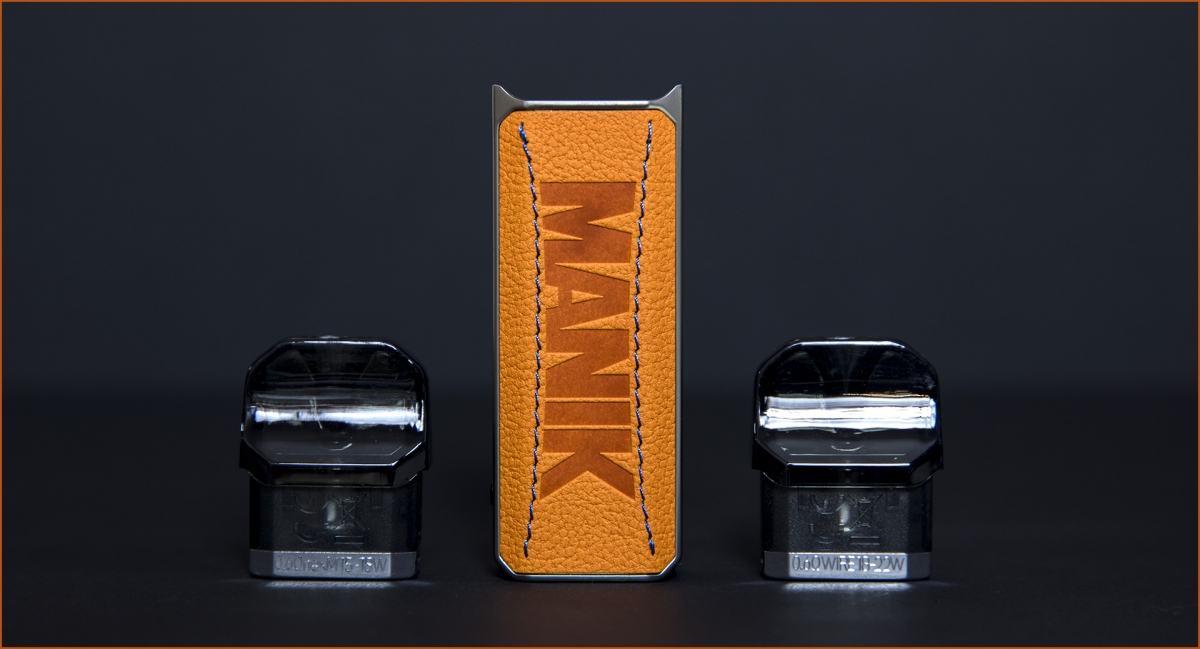 The whole ‘leather’ thing is getting a bit boring now yet I really liked it on this pod, it feels soft and grippy. The embossing is quality and looks flawless. To the best I can tell, the stitching looks real and adds to the styling, and overall it has a nice tactile feel to it.

There is a tiny screen on the one side and a control button, the opposite side has been matched with the same gloss black panel. It all looks symmetrical which appeals to my tastes. 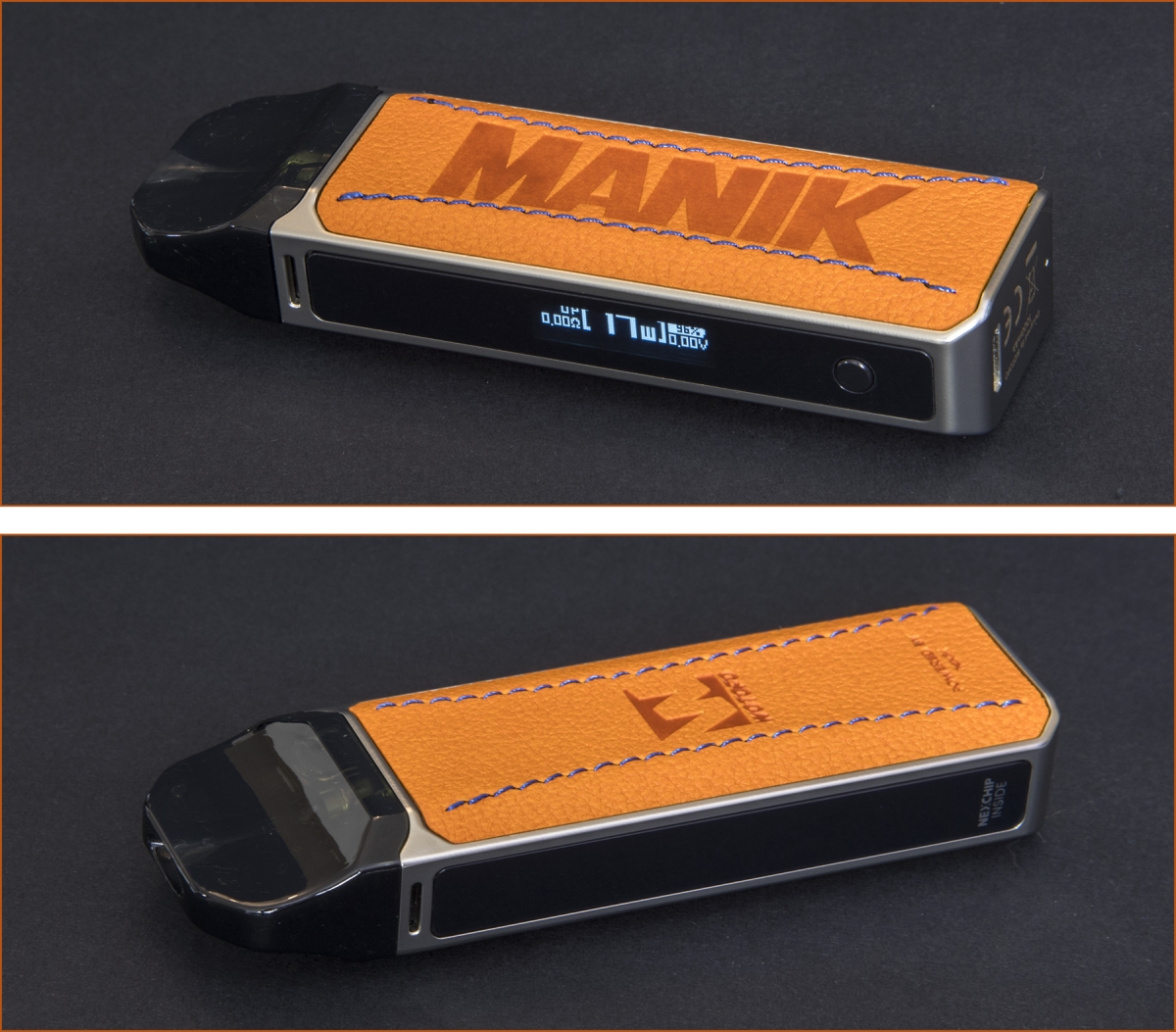 I generally avoid manuals and there’s absolutely no need for one on this device as it’s very user friendly and there’s only one button, so it’s just a combination of presses to control. It isn’t a fire button as it is auto-draw only. 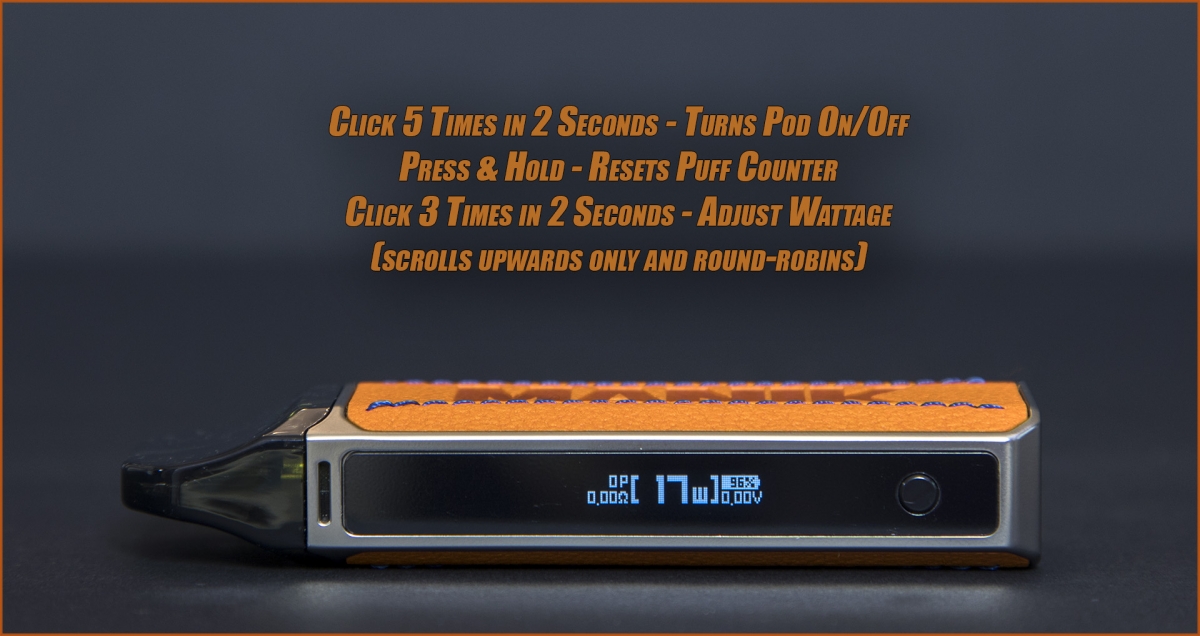 Little details start to become apparent. I noticed that the auto-draw air intake was raised and sits inside the pod which not only makes it more reliable but should also prevent eliquid entering the battery section which is an example of how Wotofo have refined this pod system. 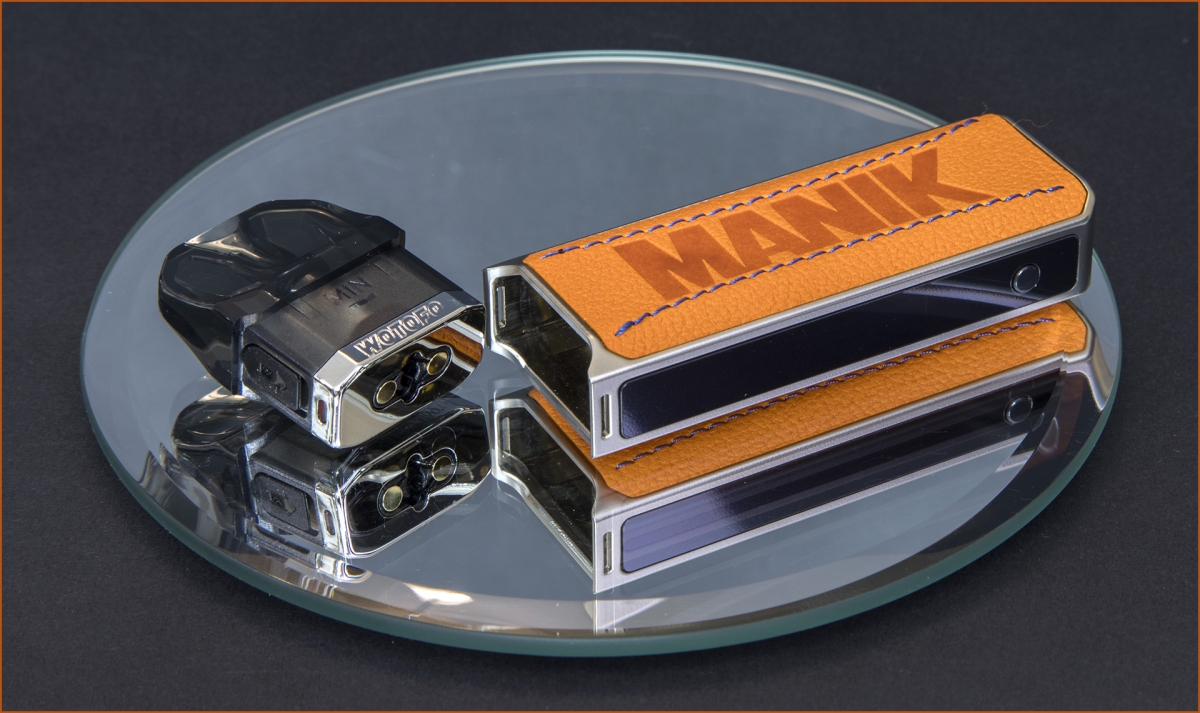 The pods are very high quality, possibly the best quality I have seen in a pod kit, but there is a problem there which surprised me. They are disposable! I had to double check as the pods seemed far too good to waste but no, they are indeed disposable which is wasteful, but on the plus side the pods are pretty cheap (3 for around £7)

The two included pods are different, one is regular wire and the other is mesh but both are the same 0.6ohms. This is etched onto the bottom side of the pods, and there is a filling bung on the side which is easy enough to pry open and fill. 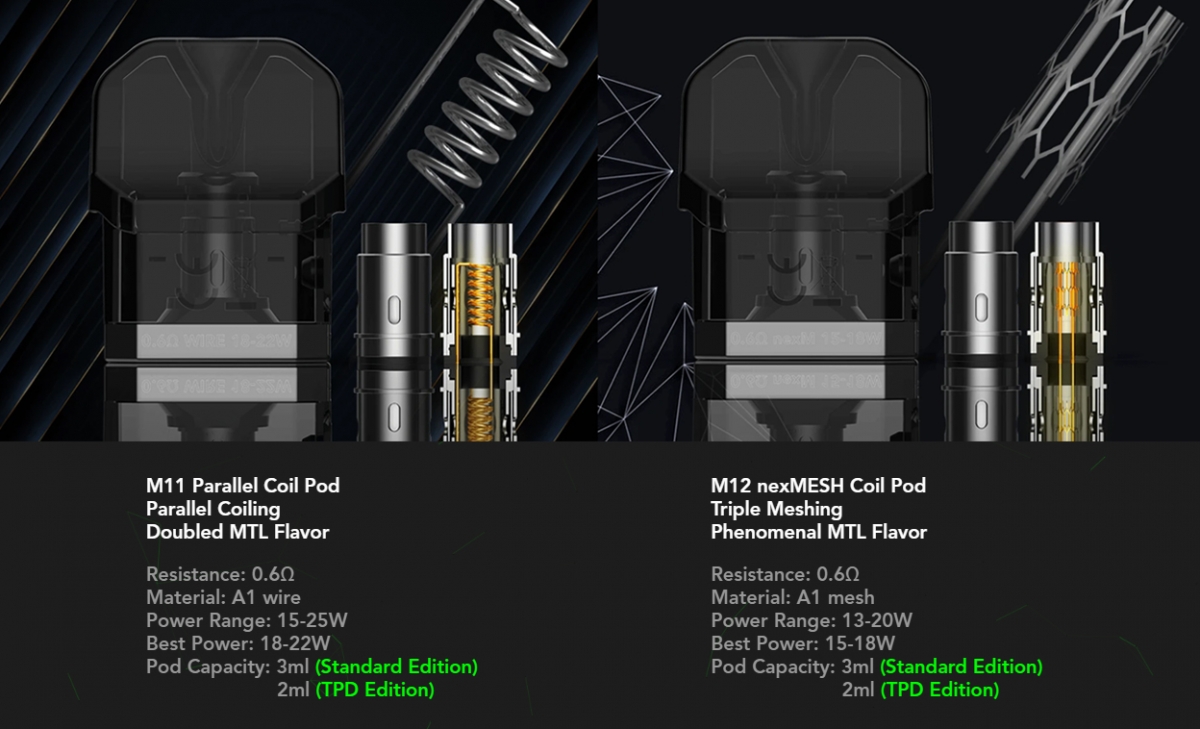 The pod fits like a glove with no play or wobble at all. It’s easy to remove as there’s plenty of surface to get a grip on. Though it’s dark plastic, I found it was still easy enough to see your juice level, especially if you tip it upside down when running low. The wick is right at the bottom so you can almost run it dry without a dry hit.

There’s quite a range of colours available, I chose the orange purely to be different with the photography as I wasn’t expecting to use it after the review period, but I really like it. The contrast of the silver chassis and black work really well. I quite fancy a ‘spare’ Beige one now. 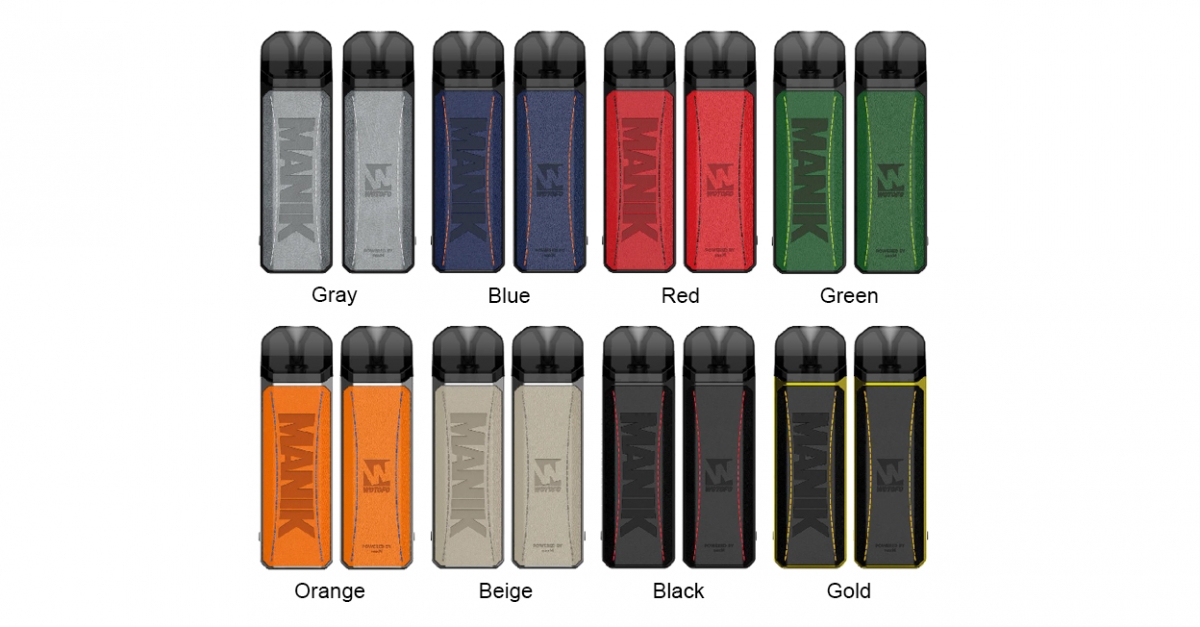 This is what won me over from the very first draw, I started with the mesh pod at 15W and the draw and flavour were a real surprise, damn it's good! The other surprise which I really thought I wouldn’t like was the mouthpiece, it looked too large for my tastes but it was actually very comfortable and well suited for MTL. The actual airflow bore in the pod is nice and narrow, it taper out near the top, the result is a very satisfying MT auto-draw.

One of the reasons I was reluctant to review the Manik Mini originally was the sub-ohm coils, 0.6ohms is half of my preferred 1.2ohm coils and 0.6 is closer to an RDL vape in my experience, but this was not the case with the Manik. Simply put, I bloody love the MTL vape this pod gives, the flavour is on par if not better than any other pod I can think of.

The regular wire pod wasn’t too shabby either but I much preferred the mesh as it just vaped so well.

Battery life lasted me over a day (three refills of the 3ml capacity) which I’m more than happy with, and the average recharge time of 45 minutes was ideal. 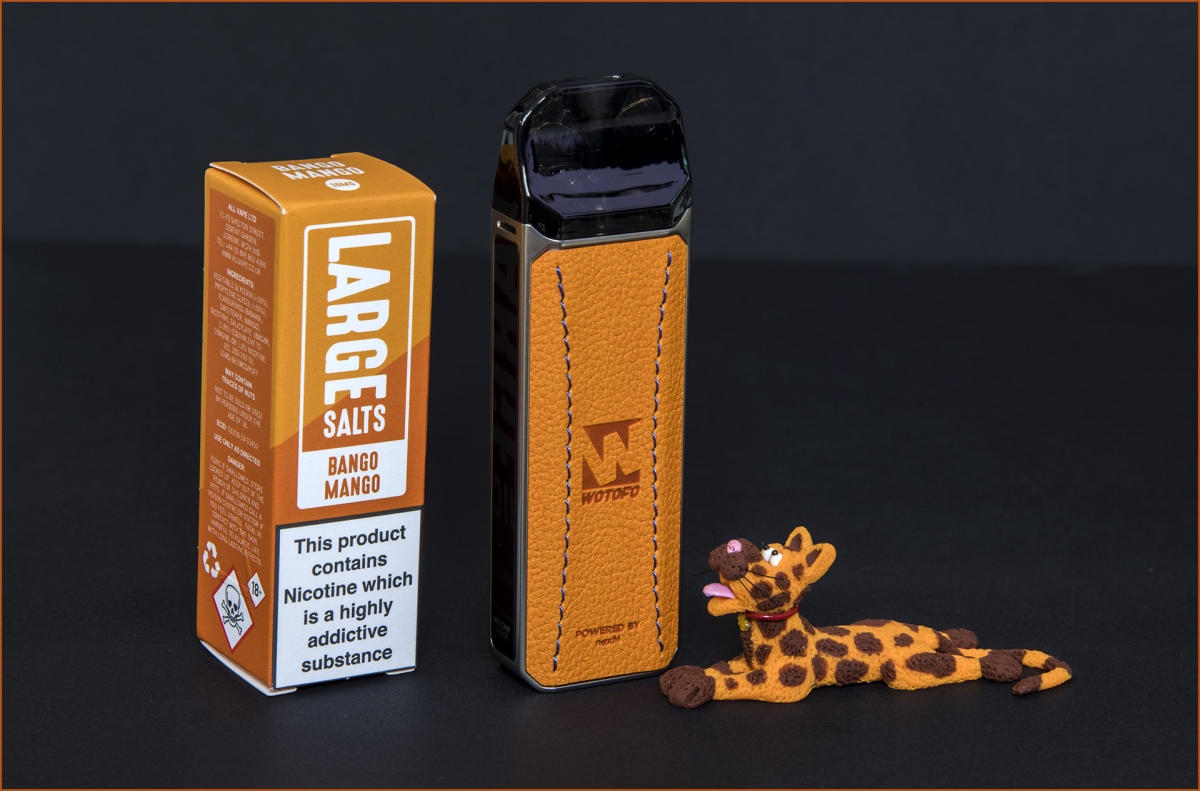 Despite my cynical reservations about this being JAFP (Just Another F**king Pod), the Manik Mini Pod turned out to be one of the very best MTL pods I have tried. Innovation? Zilch, but at this point I didn’t give a toss about innovation as this MTL vape kit leapt up in the ranks of my favourite pods.

The tech might be very 2020 but the vape is 2021, but it really doesn’t matter at the end of the day. You can have the very latest innovative tech, but if the coils are pants then it’s wasted. Wotofo and nexMESH have produced a perfect compact pod system.

What started off as an unpromising boring pod kit ended up winning me over big time, mainly down to the quality of the vape the Manik produces. Sure the wasteful disposable pods bothers me, but it pales into insignificance when I look at the contents of my wheelie bin. The Manik Mini is a guilty pleasure that’s worth it.

The Manik Mini Pod will make at least four of my other ‘best’ pods redundant.

Overall score: 9/10
Easily one of the best MTL pods to date.