I’m a bit of a Lost Vape fan-boy, and their Quest range always comes out with some quirky designs. I didn’t get the opportunity to try the larger URSA Multi which the Mini has obviously been designed to accompany, so I can only judge it on its own merits. 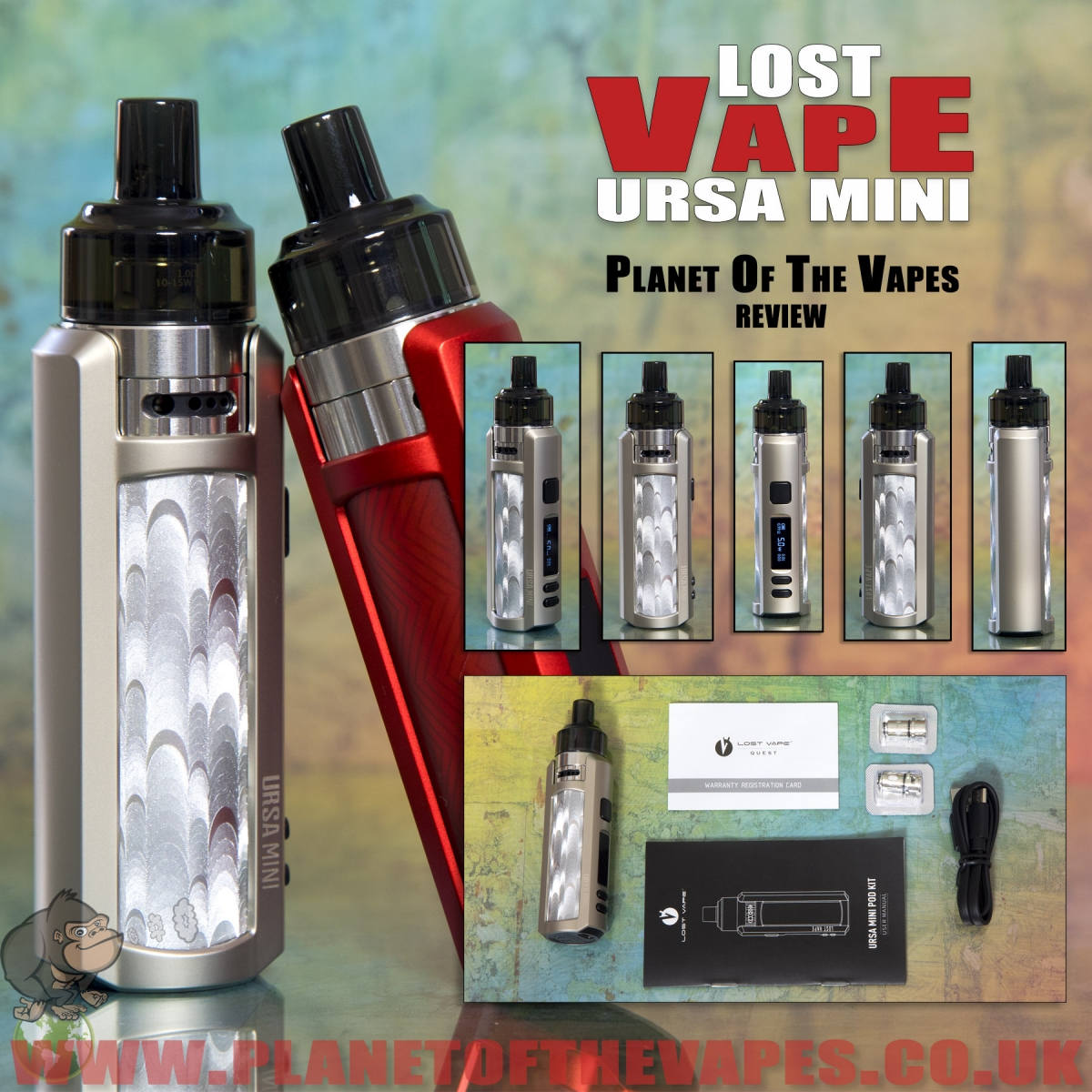 There’s only a couple of features that stand out for me; the 1200mAh battery and the adjustable airflow which is always welcome. Finally USB-C is now pretty much standard on new gear, and the Mini has that.

The packaging is fairly minimal with a simple box and an outer sleeve. There’s a foam inlay holding the Ursa Mini, and an accessory box containing the two coils and a little USB-C cable, there’s also an instruction manual and warranty card included. 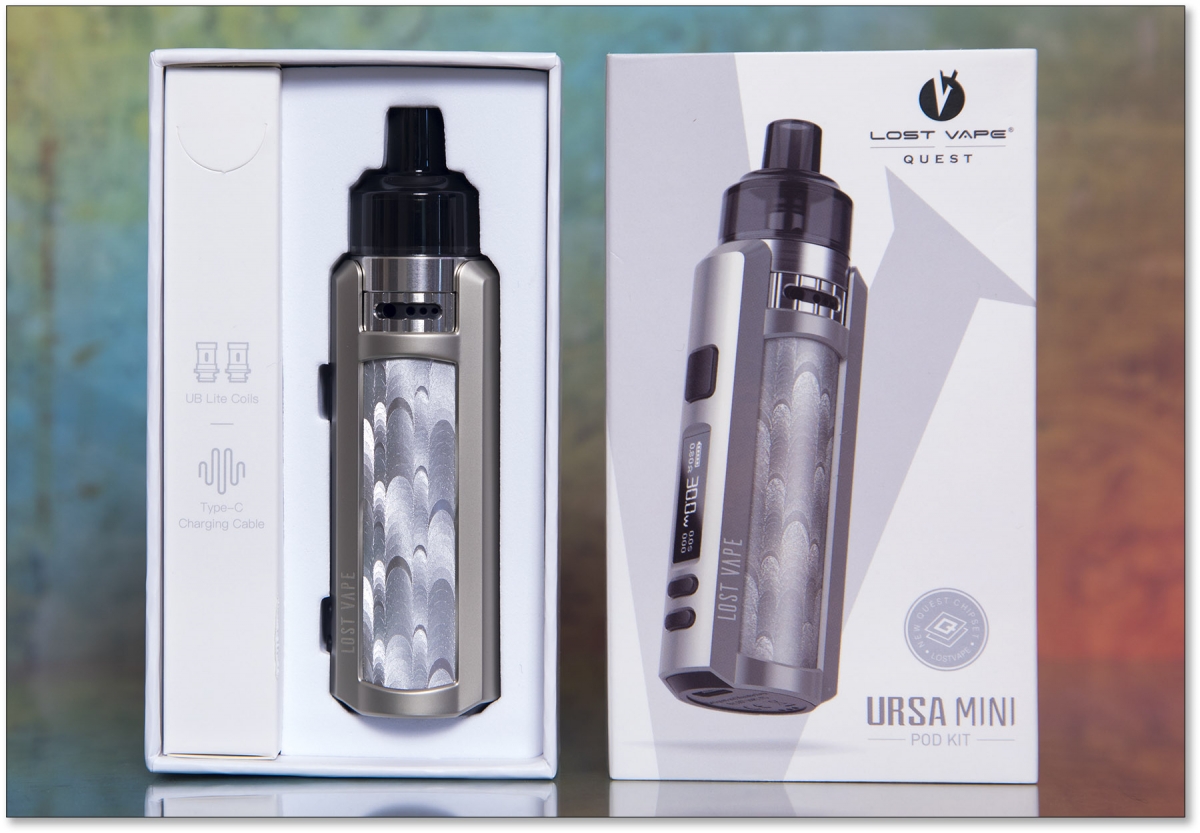 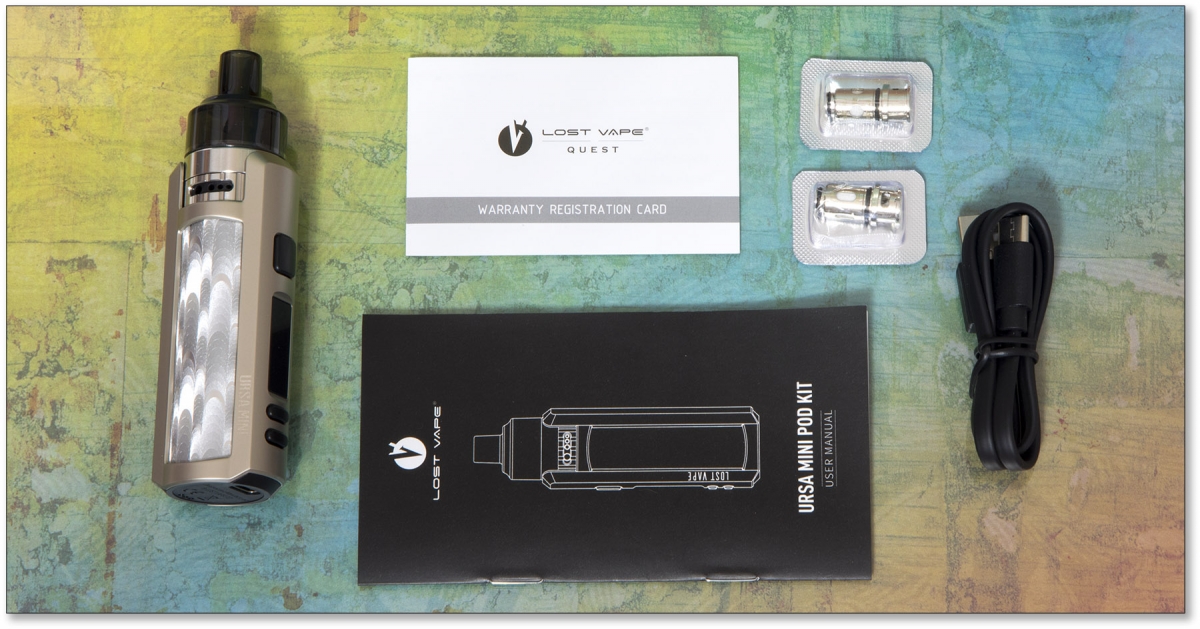 Picking up and holding the Ursa Mini for the first time is when you appreciate the shape of this kit, it’s not the smallest pod kit I’ve used but considering it has a screen and controls with a decent sized battery then they have done quite well. There’s a little bloating due to the design matching the larger Ursa Multi, but that just makes it more comfortable to hold. 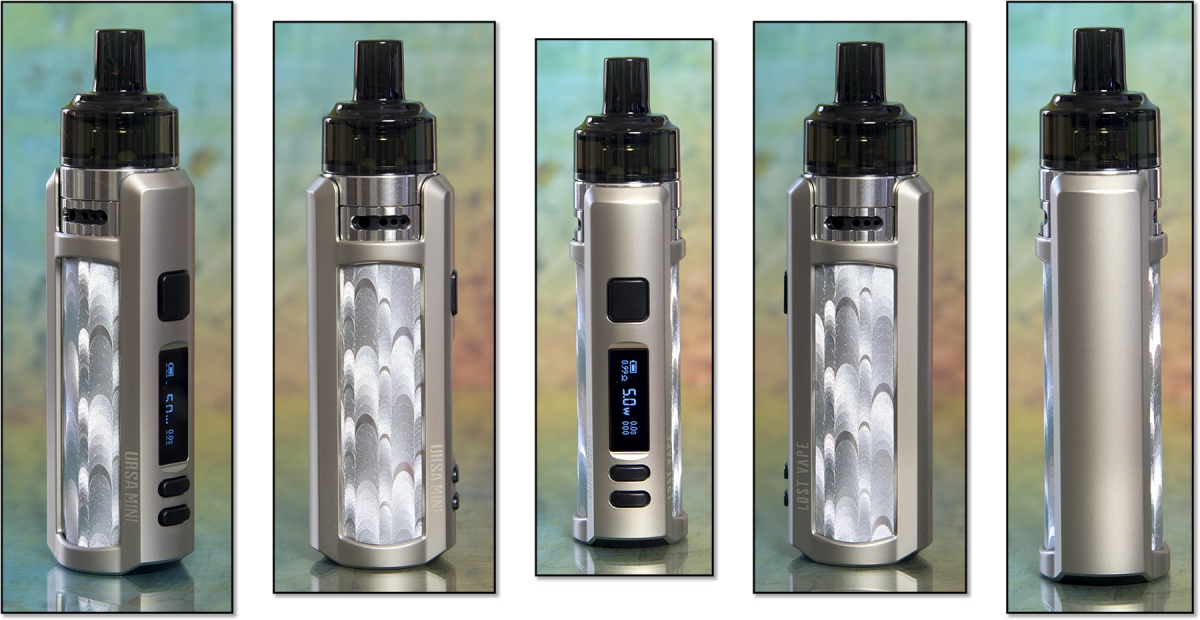 I really loved the panels on the two colour options I received, they have a holographic look to them as they look different as you rotate them in the light. They also feel smooth but grippy. The finish on the chassis is also really nice, it has a satin finish to it which helps it look clean and avoids showing any fingerprints.

Since I don’t own its big brother, I could only compare it to the much larger GRUS pod kit which is bulkier in every way, but the GRUS is more of a powerhouse for high wattage vaping with its 20700 battery and larger coils. 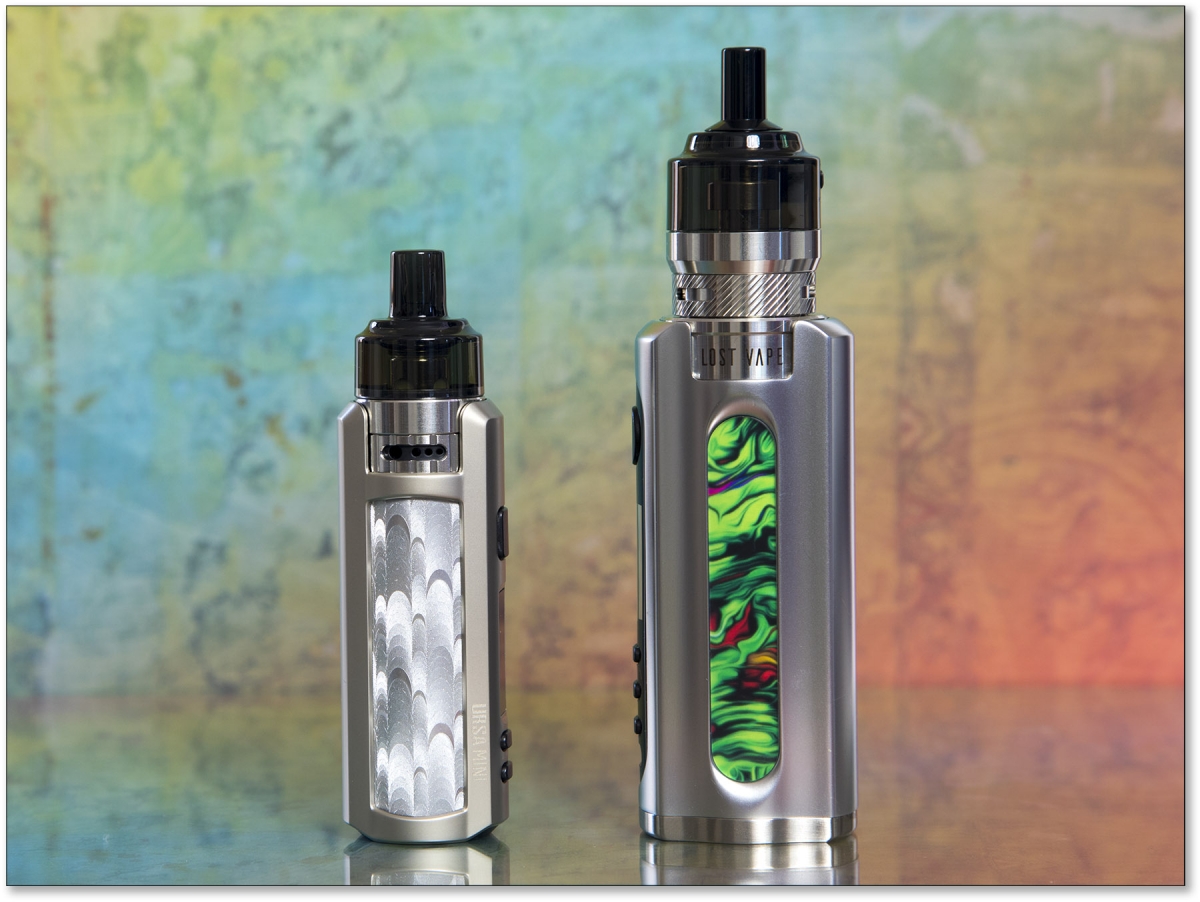 The weight is nice, not too heavy or too light that I could comfortably wear it on a lanyard quite happily.

The small screen is surprisingly bright and easy to read, and it is protected with a film layer you can peel off. There’s not much information but that’s a good thing as it’s not bloated with pointless stuff taking up space and power.

I’m not too sure about the need for a puff timer or a puff counter, I would have preferred a battery percentage in its place, the puff counter only has three digits so if your using it to gauge the coil life, you will need to remember every time it goes over 999. I am over 2,000 puffs on the 1.0Ω coil so far and I only noticed it had gone past the 999 puffs when it read 322, but I’ve paid more attention since.

Controls are minimal but simple enough:

Obviously you press Fire to fire and the adjustment buttons increase/decrease the wattage, but that is everything. To be fair, you don’t need any more for a pod system.

The pod is held in place magnetically and is easy enough to remove, it feels very secure and no wobble to it. It is quite dark but opaque enough to see your juice level even in low light. 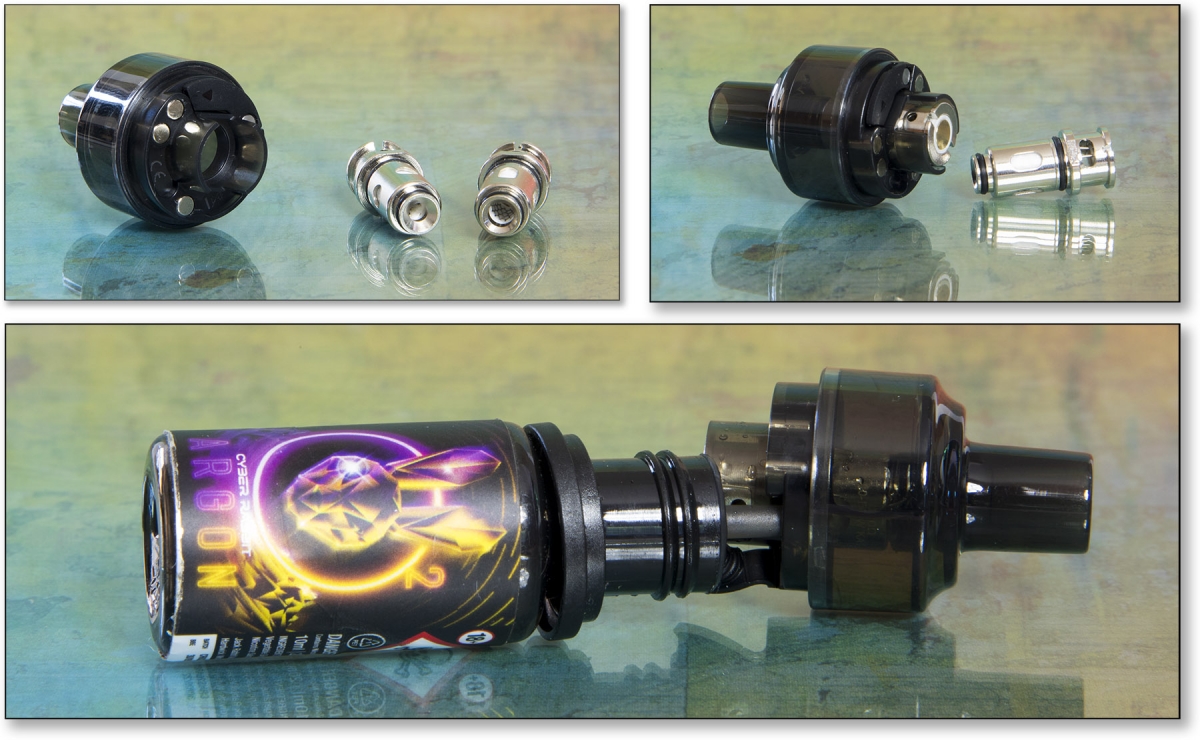 The included coils are UB Lite and there are two different options; an L1: 1.0Ω (10-13W) and an L6: 0.4Ω (20-30W) which indicate that the Ursa Mini should offer MTL, RDL and DL vaping, more on that later. They are a push fit and require you to line up to flats to seat it fully. The fill port is positioned around the base of the pod, it’s a little fiddly but once opened offers enough space to fit in either 10ml or shortfill bottles. 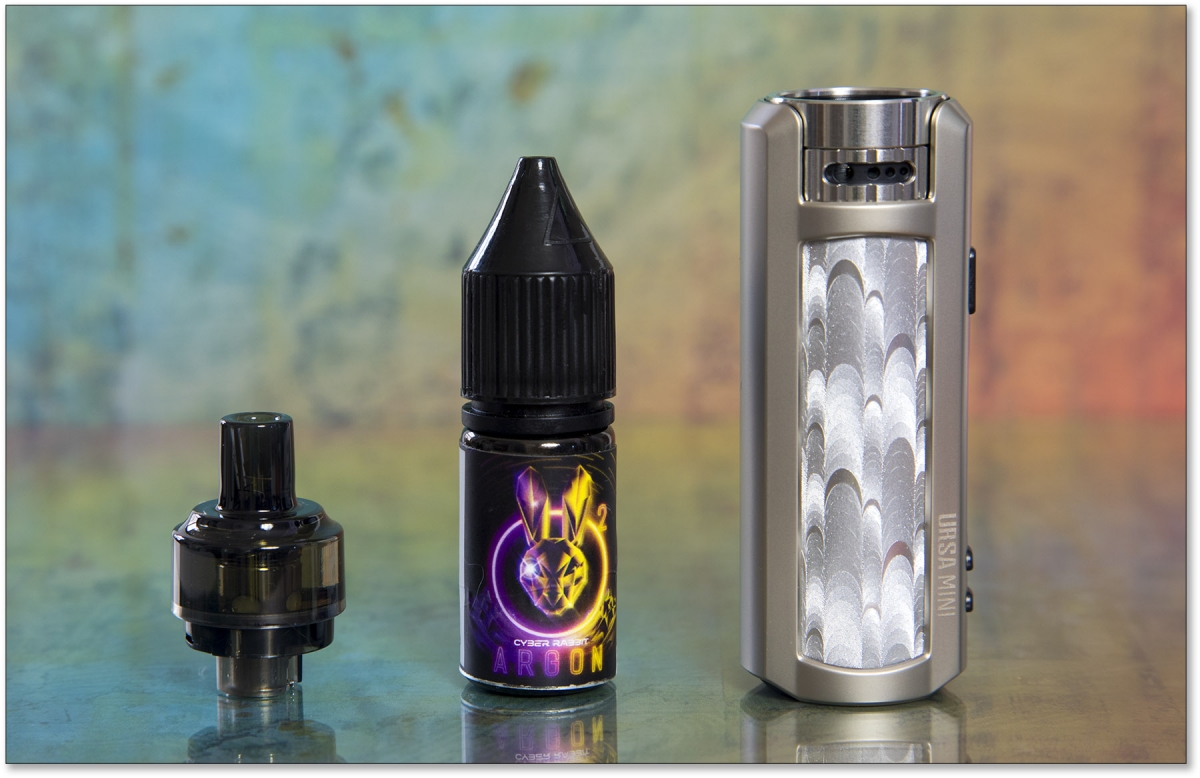 Once I primed and fitted the coil, I could check out the airflow properly. I expected it to handle MTL and RDL easily, but I was really surprised how airy a draw it was when fully open.

The adjuster is on a thumb-wheel which locks either fully open or fully closed, it has inlets on both sides which explains why you can achieve an airy draw. The resistance is perfect and I had no issues with accidentally adjusting it, my only niggle is if you select the smallest hole, it is way too loose for MTL but it ‘turns’ out that when you fully close it off you can get a pretty tight cheek-pulling draw.

I lied, my other niggle is the fixed mouthpiece. Although it was fine for RDL, it was a bit too wide for my MTL tastes, a removable 510 would have really made the difference, but I soon got used to it though. 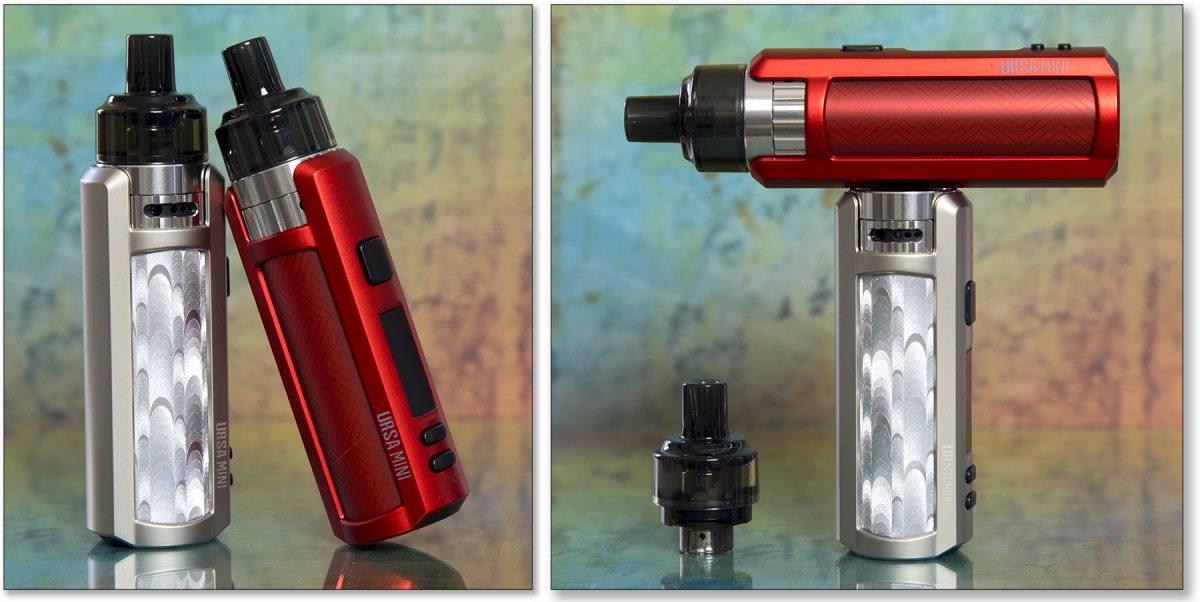 I started off with the 1.0ohm coil for MTL, starting around 8 watts to break the coil in I found it lacking, but once I upped the wattage to around 11 watts, it came alive. Damn the vape was superb, far better flavour and performance than I had had from previous Lost Vape MTL coils. I even found that I needed to open up the airflow a little to enjoy the flavour more. This coil also offered a decent RDL vape once the airflow was opened up even more and the wattage set to the max 13W.

Onto the 0.4ohm coil for RDL and DL using a thicker 70/30 juice, again Lost Vape seem to have nailed this coil. I was getting such a good flavour and the vape production at 30 watts, it felt like I was vaping a larger setup over 50 watts. The airflow was the main surprise especially when you examine the few holes in the AFC, I doubt it will satisfy those that like full on airy DL vaping, but I tend to close most of my tanks and drippers off at least a third. I found the Ursa Mini was just right.

Since I was sent two to test, I had the opportunity to run two pods on the different coils over a few days. With exclusive use, I wasn’t missing my usual favourites as the Ursa Mini was keeping me more than satisfied, the quality of the vape was key and that flavour novelty didn’t wear off. I don’t recall being this impressed with a DL pod since the PM80 yet it was half the power. The only down-side was the battery life, at 30 watts it lasted me around five hours of regular use. On my MTL setup, it was obviously longer and lasted me well over a full day.

Charging was a little disappointing, I couldn’t find out the amperage it charged at but I’m guessing it isn’t over 1.5amps as it took over an hour from the lowest state. The on screen information was a bit shite too as it only displayed the charging animation with no estimated time or percentage. 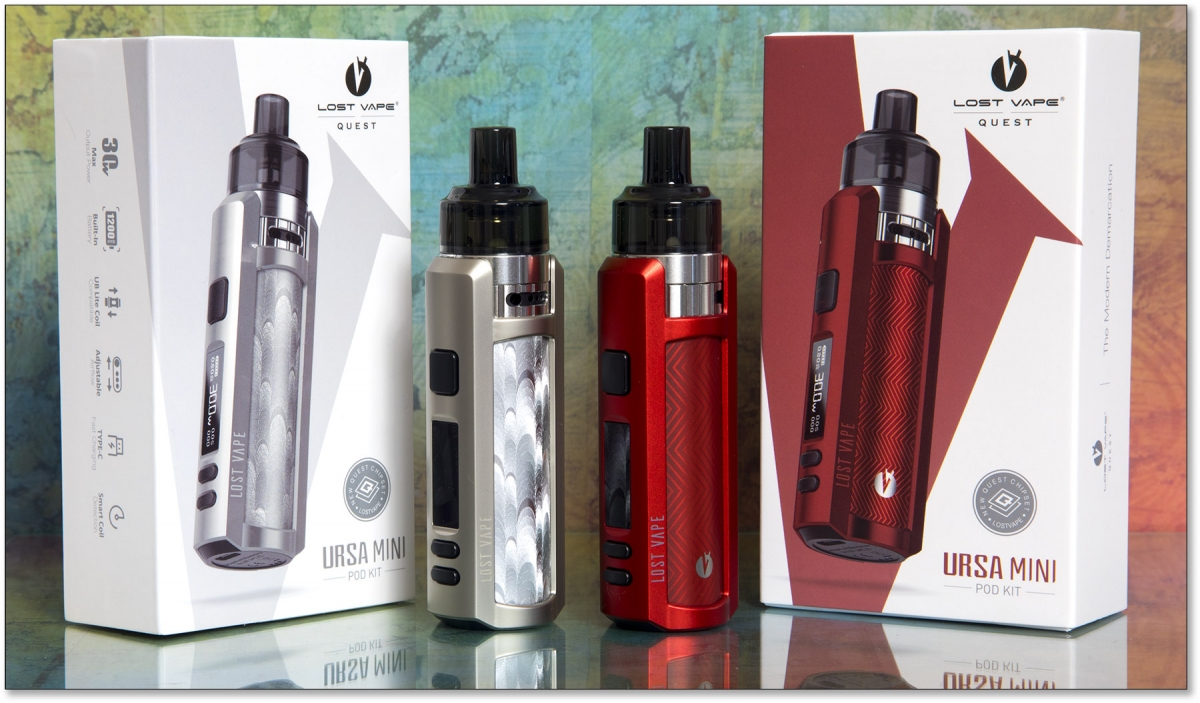 The quality of the vape makes the Ursa Mini stand out the most, but I also loved the look and feel of it. However, the chipset was less impressive, this thing is very basic and lacking any innovation, but don’t let that put you off as it is more than capable for all that you need from a good all-rounder pod kit, adjustable wattage is all that counts to get the best from the superb UB Lite coils.

The minor cons didn’t mar the enjoyment of using the Ursa Mini at all, the quality of the vape was what made this cracking little kit stand out for me, and the styling appeals to my tastes too. Lost Vape Quest’s design department always manage to come up with something that bit different to the competition. The lack of innovation might disappoint those that are always seeking the next fad, but the Ursa Mini does what it says on the tin, it vapes superbly. 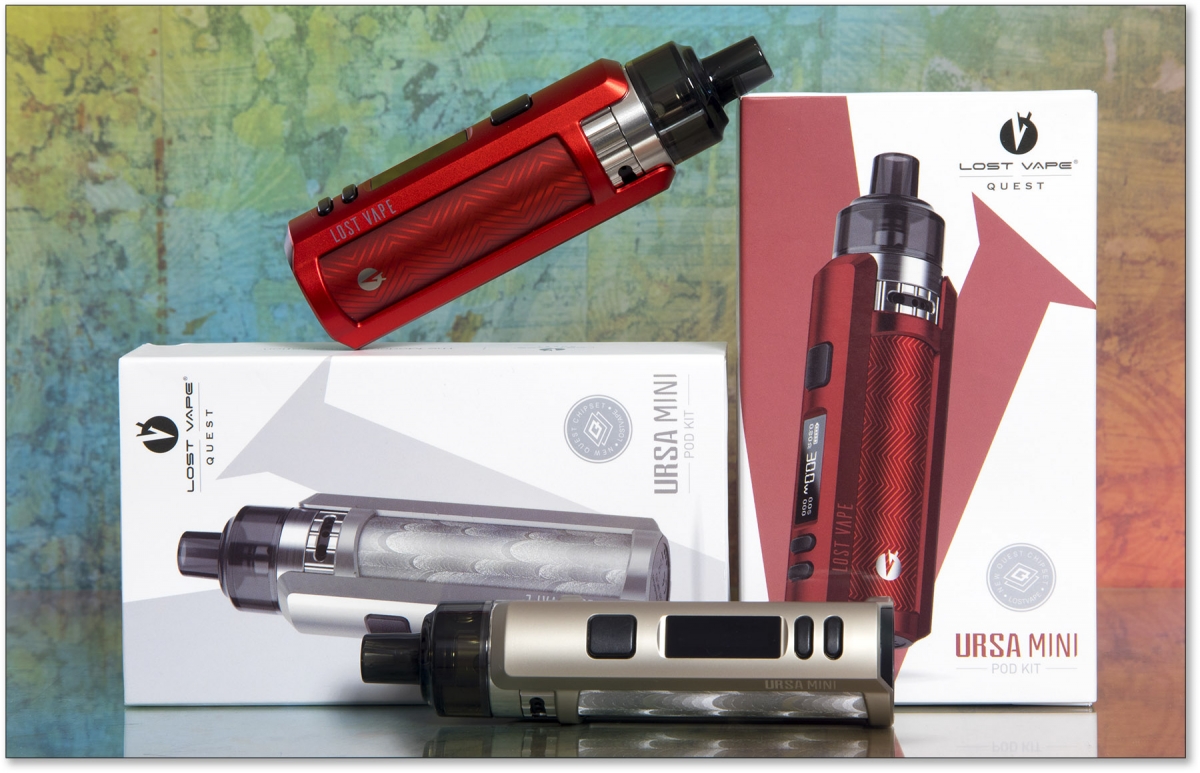