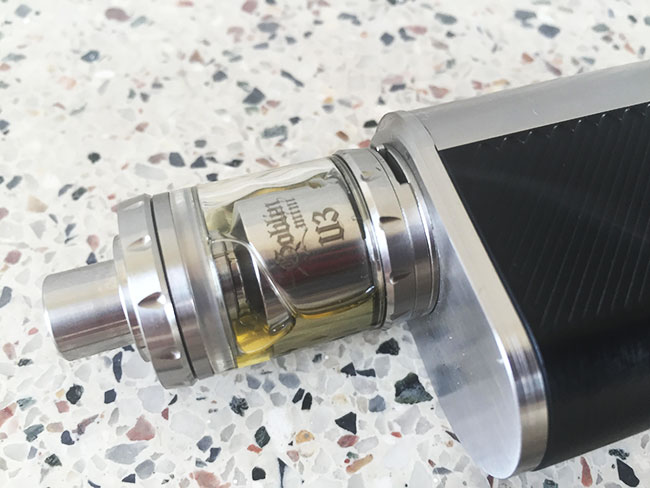 Following on from the Goblin Mini V2, which was released early this year, Youde (also known as UD), have just released the Goblin Mini V3, which offers the biggest build deck yet seen on a Goblin RTA, dedicated dual and single coil decks that can easily be swapped in and out, a 4ml extension tube (available separately), and best of all with a redesigned airflow system and juice flow control it promises to cut out the leaks which plagued the original Goblin RTA and the Goblin Mini V2.

Alongside the above mentioned features, the Goblin Mini V3 also has top filling, a 2ml capacity with the option to purchase an extension tube to increase the capacity to 4ml, bottom airflow control, stainless steel and Pyrex glas construction, a tiny height of 33mm and a redesigned chimney with anti spitback technology.

Being a fan of Goblin tanks, the only thing that has been a let down for me in the past is the leaking issues. I’ve never had an issue with the performance, anything but, and the only thing that ruined the experience for me in the past had been leaking. I was really excited to see if this had been rectified with the Goblin Mini V3, and to see how the other new features performed.

There is plenty of kit included with the Goblin Mini V3, inside the box you will find:

One thing I have always liked about the Goblin and Goblin Mini V2 RTA is that for the price, the build quality was pretty good. The Goblin Mini V3 feels to me like the most well constructed version yet, with a solid stainless steel and Pyrex glass construction, and no sharp edges. The threading is smooth, and pleasingly my Goblin Mini V3 was machine oil free on arrival! The only issue I did encounter with the build quality is that the O-rings that seal the tank can be a little on the flimsy side, but you just need to ensure that when re-assembling the tank you ensure the glass tank section is seated securely. The O-rings can be swapped out for different computer ones included in the spares pack if you fancy giving your Goblin Mini V3 a new look. 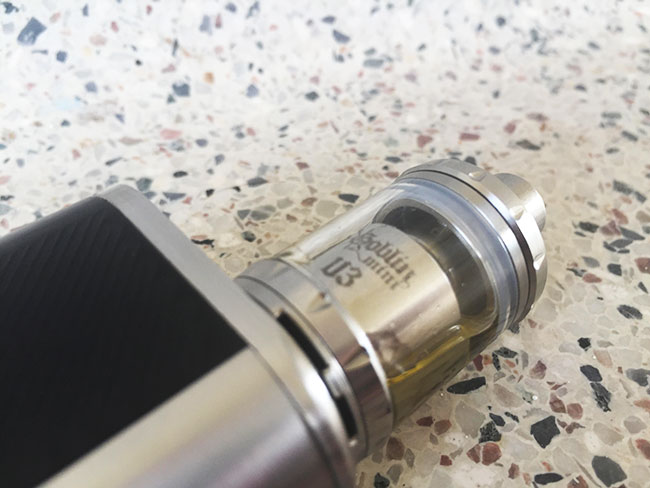 Capacity is a TPD compliant 2ml, and the tank is top filled by rotating the juice flow control to turn it off, unscrewing the top cap and then filling through the fill ports, which are a good size. After filling, rotate the juice flow control to the liquid drop symbol on the base, and you are good to go. If you do feel that you need a larger capacity than 2ml, you can buy a 4ml extension tube that screws onto the top of the tank and doubles the capacity for you. The pre fitted drip tip is stainless steel, however you can swap this out for you own drip tip, there is a black Delrin drip tip included in the box which also covers the top cap to help prevent heat transference and stop your lips from coming into contact with the top cap itself. 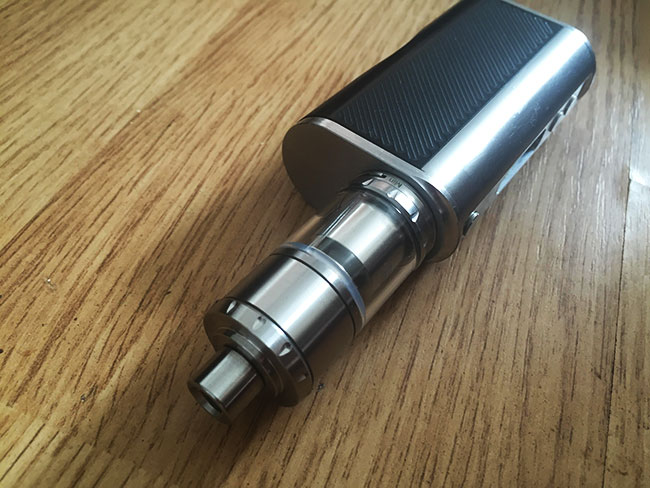 Looks wise, its small low profile makes it a great fit for pretty much any mod you stick it on, I do think it's a nice looking RTA overall. I really took to how it looked on my Hellfire Phantom, and thought it suited the mod perfectly! 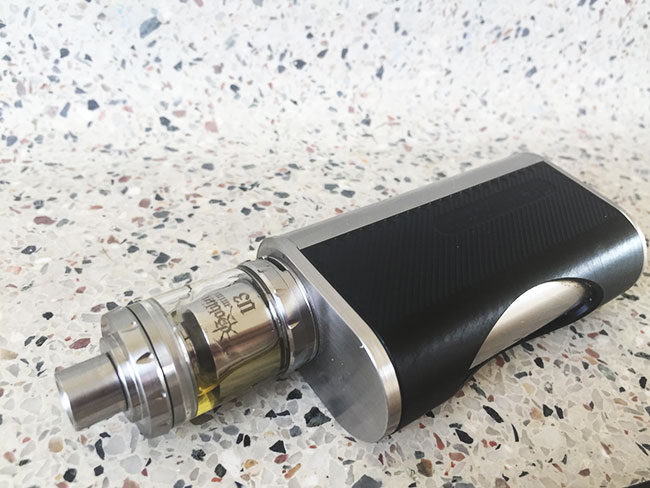 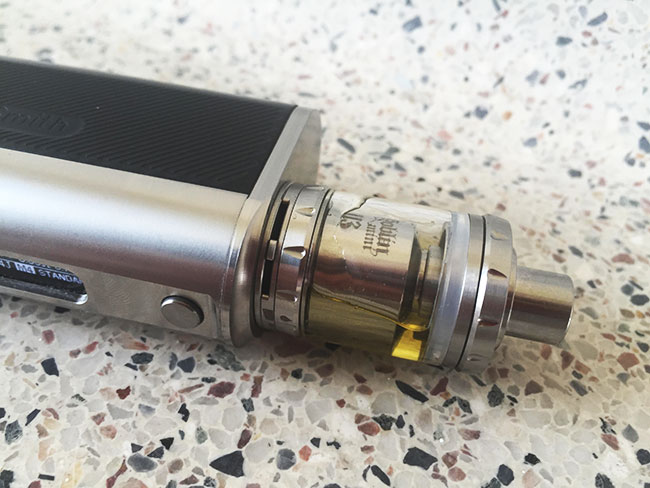 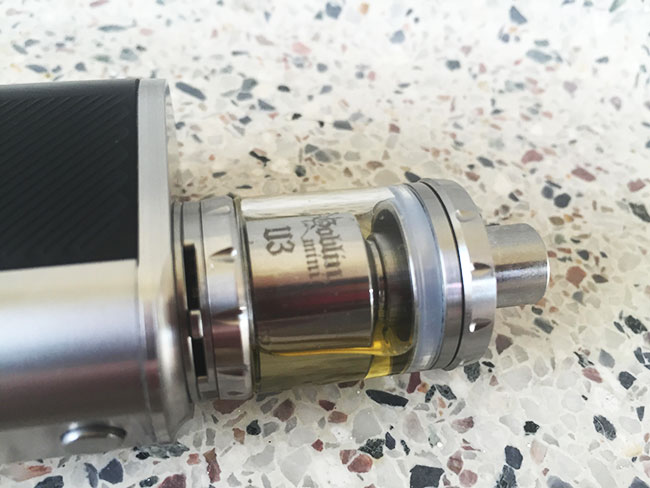 The deck has undergone a radical redesign over the one found with the Goblin Mini V2, and you have a build deck with a massive 16mm of space, which offers you a lot more freedom with your builds now. Youde have opted to go with the popular Velocity styled design, with two posts present and large post holes for thicker coil builds. You have the option of a dedicated dual coil deck, which is pre installed, and a dedicated single coil deck which is included in the box. Swapping them out couldn’t be easier, you unscrew the 510 pin, remove the deck, install the new one and screw everything back together. The dual coil deck is a traditional Velocity styled affair, whereas the single coil deck sports those two Velocity posts in front of a single airflow hole. 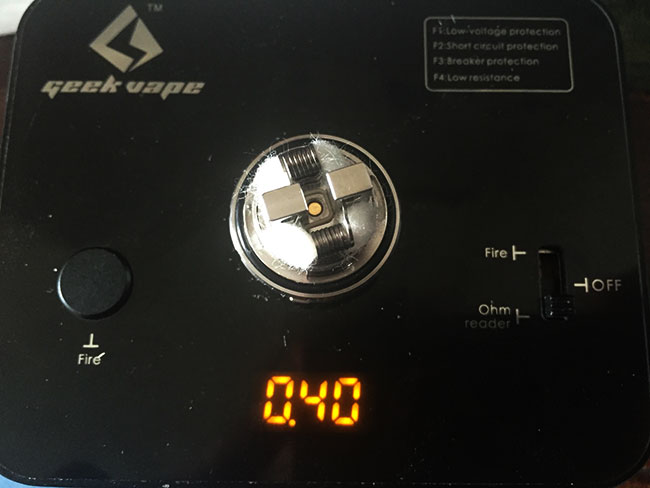 Personally, I believe the Goblin Mini V3 is the easiest Goblin to build yet. The 16mm deck area gives you a lot of space to build on, the large post holes are easy to slot coils into and the post screws clamp your coil legs down securely. With the dual coil deck you’ll see two large airflow holes at either side of the deck, which you position your coils under, and there are four large holes at each corner of the deck for you to rest your wick tails in. The single coil deck sports a single airflow hole which your coil should be positioned over, and two juice flow channels for you to seat your wick tails in. As long as your wick tails are sat in these, your Goblin Mini V3 should remain leak free.

First off, I went with the dual coil deck as this was pre installed with the Goblin Mini V3, and I used a dual 25AWG flat kanthal build with a 2.5mm ID, which came out at 0.4ohm. There was plenty of room to spare here, and I could have easily fitted a larger build in! I was really pleased to note that the same outstanding flavour and cloud performance found with the Goblin Mini V2 was present here, which is almost on par with an RDA. The flavour is seriously outstanding with this RTA and up there with the best around. If you like your clouds, the large airflow on the Goblin Mini V3 won’t let you down, this is capable of some serious cloud performance! Like with my favourite build in the Goblin Mini V2, this handled wattage up to 75w with no issues at all, and when using the Goblin Mini V3 the Delrin drip tip did a great job of preventing heat getting to my lips. 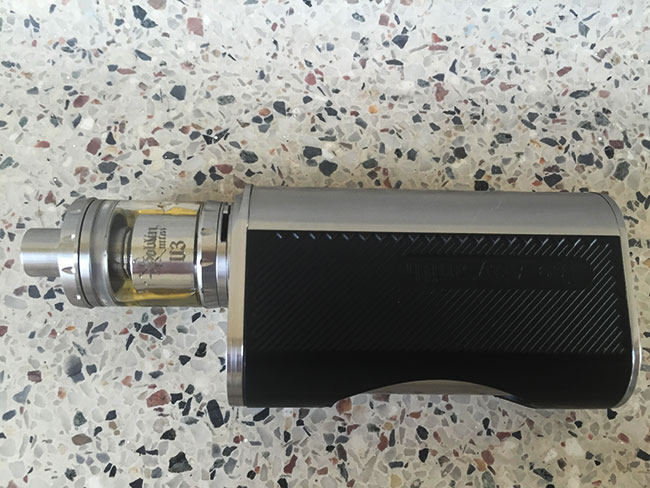 Next up, I swapped in the single coil build and went with a single 25AWG flat kanthal build with a 2.5mm ID, which came out at 0.8ohm. I reduced the airflow to under half, and at 20-25w this was a much cooler vape with a restricted lung hit. The flavour was still outstanding and there was still plenty of vapour produced. Dialling the airflow down further, to just under a third open, and the wattage down to 17w, really tightened the draw up for a flavourful mouth to lung vape.

The chimney has been redesigned to eliminate another bugbear present with previous Goblin RTAs, and that is spitback. The new spitback prevention works really well and stops gobfuls of hot juice shooting their way up from your build and onto your tongue, which was prone to happening at high wattage with the previous Goblins. My vape has thankfully been spitback free with the Goblin Mini V3, even above 50w. 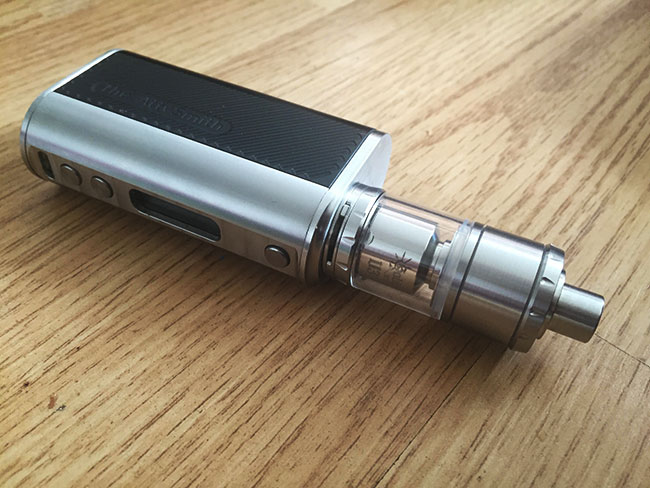 I've always been a fan of the Goblin and the Goblin Mini V2, however I felt both of them did suffer with leaking issues if you did not have your build completely spot on, which kind of ruined the experience a little. With the refined airflow system and new build decks included with the retail kit, the leaking issues seem to have been eliminated in my opinion, and the Goblin Mini V3 still boasts the same excellent performance in the flavour and cloud departments, making for a real top class RTA.

The refinements Youde have made make the Goblin Mini V3 an outstanding tank, capable of excellent flavour and plentiful vapour, with solid build quality and genuine mouth to lung and direct lung inhale options, best of all it’s available at great value for money as well. The leaking issues seem to have cleared up, I’m yet to experience any leakage from this tank, and the whole time I have used this tank I am yet to find any major faults, it’s just performed incredibly well.

Overall, it’s a great all in one performer, with near RDA level performance, and appeal to all sections of the market too, a small package offering you big performance and plenty of bang for your buck. I’ve got no hesitation in rating this the best Goblin RTA to date!  Thanks to the team at Youde we have 10 if these to give away - each with a 4ml extension tank.  We are going to give four away on the site here, four on the forum here.

We will also be giving one away to any of our Instagram followers. If you have an instagram account please make sure you are following us and then comment on this post https://www.instagram.com/p/BKlyJccgitS/. We will draw the winner again when the news and guides comp closes.

To be in with a chance of winning the Twitter give away just make sure you are following us and then mention us (@pvapes) along with the hashtag #potvgivemeagoblinminiv3 and we will draw a winner at random. 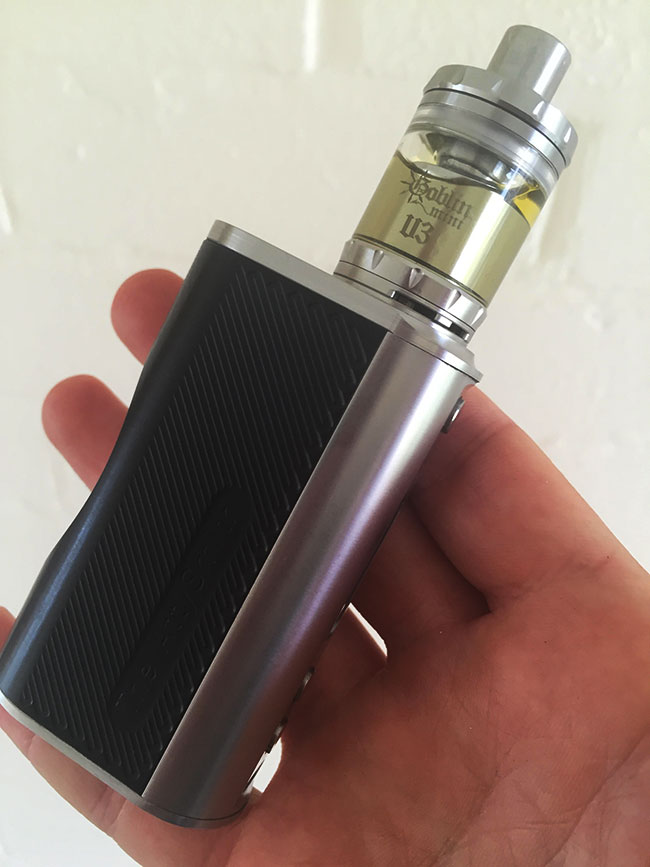