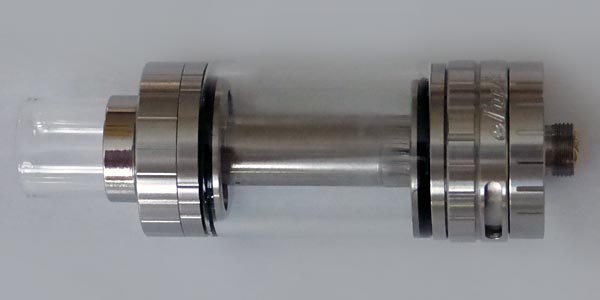 The eTank S2 is marketed as the sister tank to the original S1 by Ehpro. This tank promises improved flavour and features the option to use Ni200 coils with temperature controlled devices.

The eTank S2 features top filling, has reasonably large airflow and has a 5ml juice capacity.

Strangely enough when you look at the reverse side of the foam inlay it looks like there was originally going to be a spare glass tube in there but I am sad to say it only comes with two sets of O-rings instead. The user manual is well written and explains how to fit the coils as well as the filling procedure. 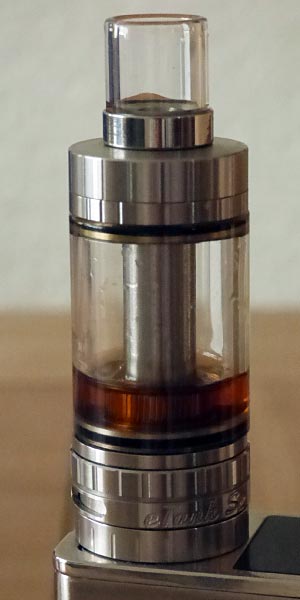 The first thing that strikes you about this tank is the build quality which I find to be excellent. In many ways this is just as well put together as the Billow V2 which is no surprise since they are both made by Ehpro. The parts fit together with absolutely no problems at all. The styling on the whole does look a lot like the Billow V2 but the glass tube is completely straight and does not feature a barrel shape.

The top cap screws on and off nicely with no threading issues. The drip tip is made from stainless steel and Pyrex but I did find it wobbles slightly and is perhaps a little bit loose. I tried quite a few of my other drip tips with this tank and apart from a couple that were a bit loose the majority fitted well but they all tended to come off just a little too easily for my liking.

The airflow slots are suitably large and very similar to most typical Sub-Ohm tanks. The airflow adjustment works well and is neither too stiff nor too loose.

The base itself unscrews just beneath the airflow adjustment ring to allow for access to the coils. The coils themselves are press fit and easy to install and remove.

To fill the eTank S2 you need to rotate the airflow control ring counter clockwise until it won’t go any further. After that you unscrew the top of the tank and you simply fill up the tank before screwing the top back on. Then you open up the airflow and allow enough time for the juice to saturate the coil wicking. As I said earlier the manual is very well written and explains clearly how to fill the tank as well as how to install and remove the coils.

The coils are smaller than most coils you're used to seeing in other sub-ohm tanks. The coils are constructed vertically with a 3mm inner diameter. The coils are replaced by unscrewing the bottom-most portion of the base (underneath the airflow ring), sliding out the old coil before sliding in the new one, similar to the Innokin iSub Tank.

How does the eTank S2 vape?

I first tried the pre-installed 0.5ohm coil. I primed the coil and filled the tank with The Captain’s Reserve Traitor and after allowing sufficient time to pass I started vaping at 25W. 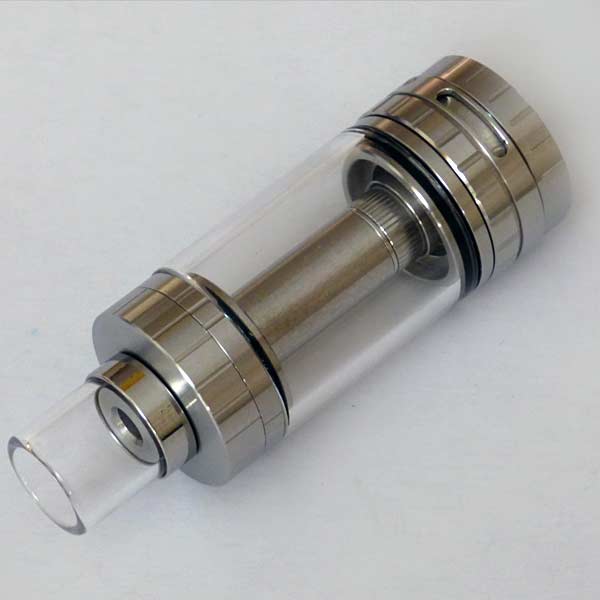 The airflow on this tank is really nice and it has a really good draw to it when vaping. There wasn’t a great deal of flavour at 25W so I increased to 30W. Flavour at this wattage was a bit better and cloud production was reasonably good. I increased to 40W and that resulted in slightly better flavour with improved vapour production. This tank doesn’t produced massive clouds but the vapour is quite dense so it should be more than acceptable for most typical users.

The 0.5ohm coils support a maximum of 50 Watts so I tried it at that level. This resulted in a much warmer vape with a little improvement in flavour and vapour. The funny thing is that I have pushed these coils up to 60W. In many respects I actually prefer the vape at 60W because it is even hotter, a bit more flavoursome and the vapour production at this point is really good. Sadly it does occasionally result in dry hits so the 50W limit is probably accurate.

To be honest 50W should be fine for most people and it is a nice vape. Personally I think flavour is reasonably good but it doesn’t have any “wow” factor to it and you should be mindful that there are tanks out there that offer far better flavour than this.

I then washed out the tank and fitted the 0.2ohm coil which is a Nickel coil and designed to be only used with devices that support temperature control. One gripe I do have is they should be clearly marked as Ni200 coils and even the box of replacement 0.2ohm coils doesn’t have that stated either. I had to check out several stockists online just to make sure that they were in fact Ni200 coils and the good news is that they are.

Using the tank on my iPV 4S I put the device into temperature control mode and set the temperature to 240°C. I started at a modest 25 Joules which as you might expect didn’t make for a great vape but then I gradually increased to my typical 40 Joules. At this level it resulted in a nice warm and reasonably flavoursome vape with very good cloud production. One thing you do find is that due to the drip tip being Pyrex it does result in a great deal of condensation forming.

The eTank S2 is a very well put together atomizer that is very convenient to use and it provides a more than acceptable vape that should please most users. In my opinion I think it performs slightly better when used with Ni200 coils but that could just be personal preference. The flavour this tank offers is certainly not the best I have come across. It is probably slightly above average but in my opinion it could be a lot better.

I think if you bought this as your first Sub-Ohm tank and also your first venture into temperature control tanks then you might enjoy this.

Despite the fact that this is a well-made atomizer the flavour is not quite on par with other tanks that are similarly priced and ultimately that is what lets it down.