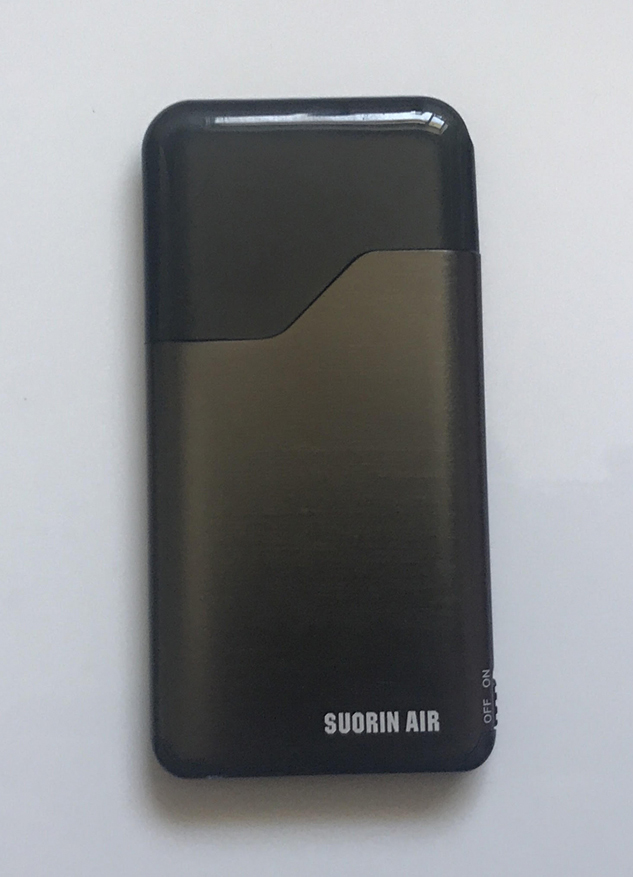 Manufactured by Foxconn, the same company that manufactures the iPhone, and designed by Shenzhen Goldreams Technology, the Suorin Air is one of the smallest and most discreet vaping systems on the market to date, not much bigger than a credit card!

The Suorin Air is a refillable pod system device, that features refillable 2ml pods so you are able to use your own eliquids, and you can refill the pods multiple times. A 400 mAh battery is built in which recharges quickly via USB, and the power output is 16W making it one of the more powerful pod system devices available.

There was a lot of buzz around the Suorin Air at the recent Vaper Expo in Birmingham, and whilst POTV were there we managed to pick up one of these tiny little kits to look at, so let's see what the Suorin Air has to offer. 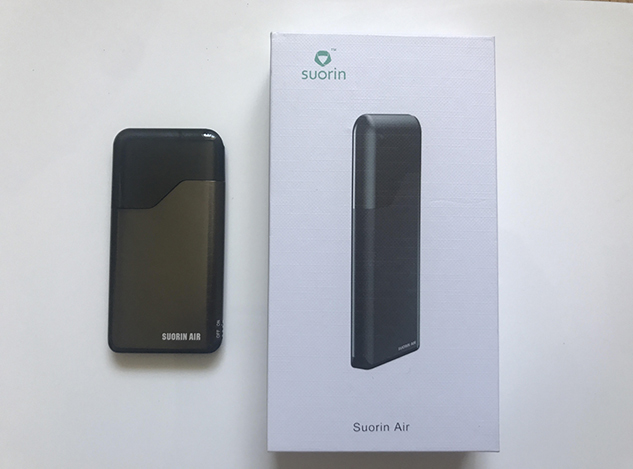 Measuring in with a 88mm height and 45mm length, the Suorin Air is not much bigger than a credit card, and I can even slot it into my wallet and take it out and about with me. It has a tiny 8mm width, pretty much the same width as my iPhone 7 Plus! A nice brushed finish is present on the Suorin Air mod, however I have found that it is pretty susceptible to picking up visible scratches.

Although it's small, the Suorin Air feels lovely in hand, looks great, and it's very well made too. It certainly does have a unique look about it, with nothing else on the market resembling it. Form factor is unbelievably small, making this a perfect choice for an out and about stealth device, and with it only weighing 136g it's so lightweight you barely even know it is in your pocket! 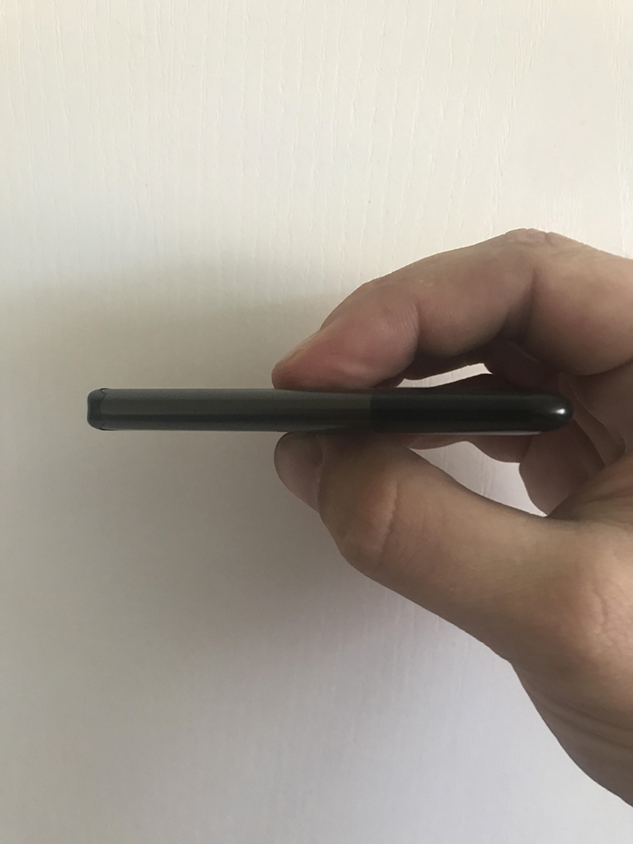 You have the ability to use your own eliquids with the Suorin Air pods, the Suorin Air takes cartridge shaped pods with a 2ml capacity refilled through a small filling port at the base of the pod, these also contain a 1.2ohm coil inside. You'll need a thin tipped nozzle to fit inside the full port, and take extra care not to overfill it either. Once filled, you'll need to leave it for at least 8 minutes so that the wick can fully absorb the eliquid.

The manufacturer recommends that either 60/40 VG/PG or 70/30 eliquids are used in order to avoid leaking, and they even include an information card inside the box informing you of this, however I have had 18mg Digbys Apple and Cinnamon in there just fine with no leaking issues, and that has a 50/50 mix ratio. 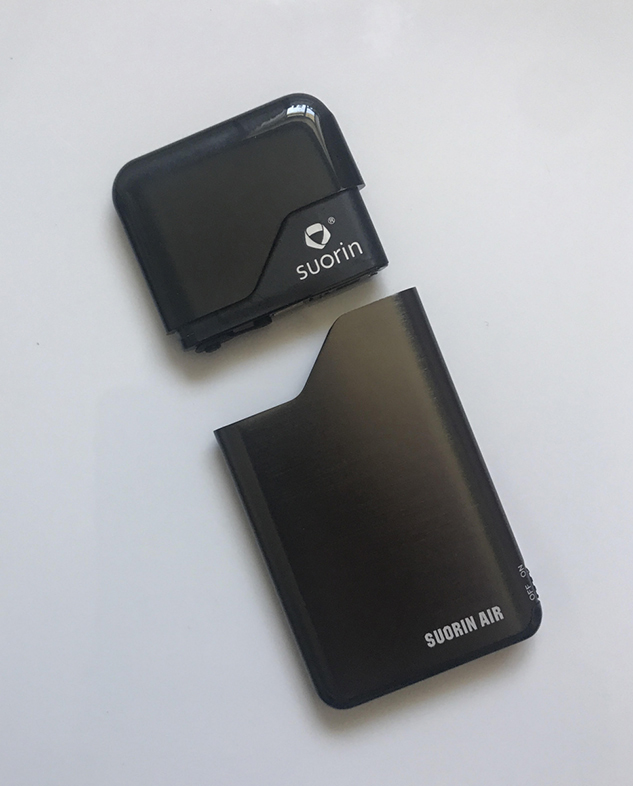 To get the most effective nicotine hit from the Suorin Air, I would recommend using either 18mg eliquids or 20mg nicotine salt based eliquids due to the tight draw present with the Suorin Air. You can refill the pods around five times on average, you get a single refillable pod included with the Suorin Air kit, and spare pods can be purchased separately. As the Suorin Air has only just come to market in the UK, availability of spare pods is quite limited here at the time of writing.

After filling the Suorin Air pod you'll need to insert it into the top of the Suorin Air mod, where it will audibly click into place. At the side of the device is an on/off switch, and this will need to be set to the on position in order for the Suorin Air to work. No fire button is present, you simply draw on the device for it to fire.

The Suorin Air has a power output of 16W and a 1.2ohm coil present in the pod, making it one of the more powerful pod system devices around, and capable of providing a very efficient nicotine hit. A nice and tight mouth to lung draw is present, with some of the best flavour I've experienced from a pod system device yet. A discrete level of vapour is produced by the Suorin Air. 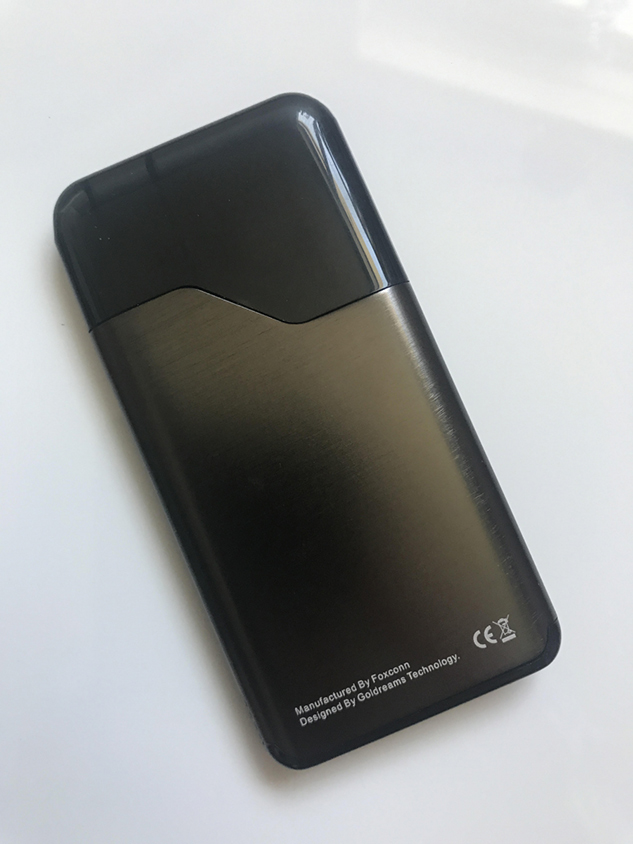 A 400 mAh battery is built into the Suorin Air, a slightly larger capacity than most other pod systems on the market, I've found this to be more than enough to last me the day. An LED battery indicator in the bottom corner gives you a visual indication of how much battery life remains, if it is blue then there is more than 50% remaining, it will show red if it is under 50%. The Suorin Air is charged via USB, with the charging port located at the base of the device, and it charges up quickly too- a full charge only taking around 30 minutes on average.

The Suorin Air has become an essential device for me, a tiny mod with very good build quality that gives me a really effective nicotine hit when I need it, great flavour from my eliquids, and it packs enough battery life to get me through the day. I do get the most out of the Suorin Air using nicotine salt based eliquids, as for my own personal usage the Suorin Air is there to give me a quick and effective nicotine hit when I need it. And it does that job perfectly!

One of the only issues at the moment with the Suorin Air is the limited availability of refill pods with UK retailers at the time of writing, and as these need to be replaced after around five refills you'll want to have some spares at hand. I've no doubt that availability will increase in the very near future however, at present there are only a couple of UK retailers that have the Suorin Air pods available to purchase.

Overall, if you are looking for a discreet refillable pod system device for a quick nicotine fix on the move then the Suorin Air is one of the very best out there, and it's a great pick up at a price point of £25!

The Suorin Air is distributed by VapeOrders.com, many thanks to them for providing us with a Suorin Air to review! 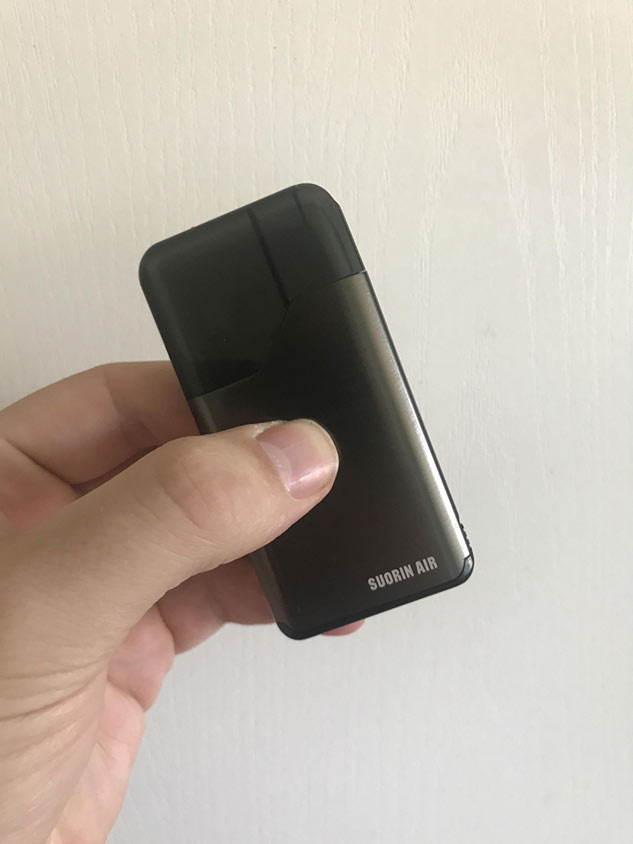