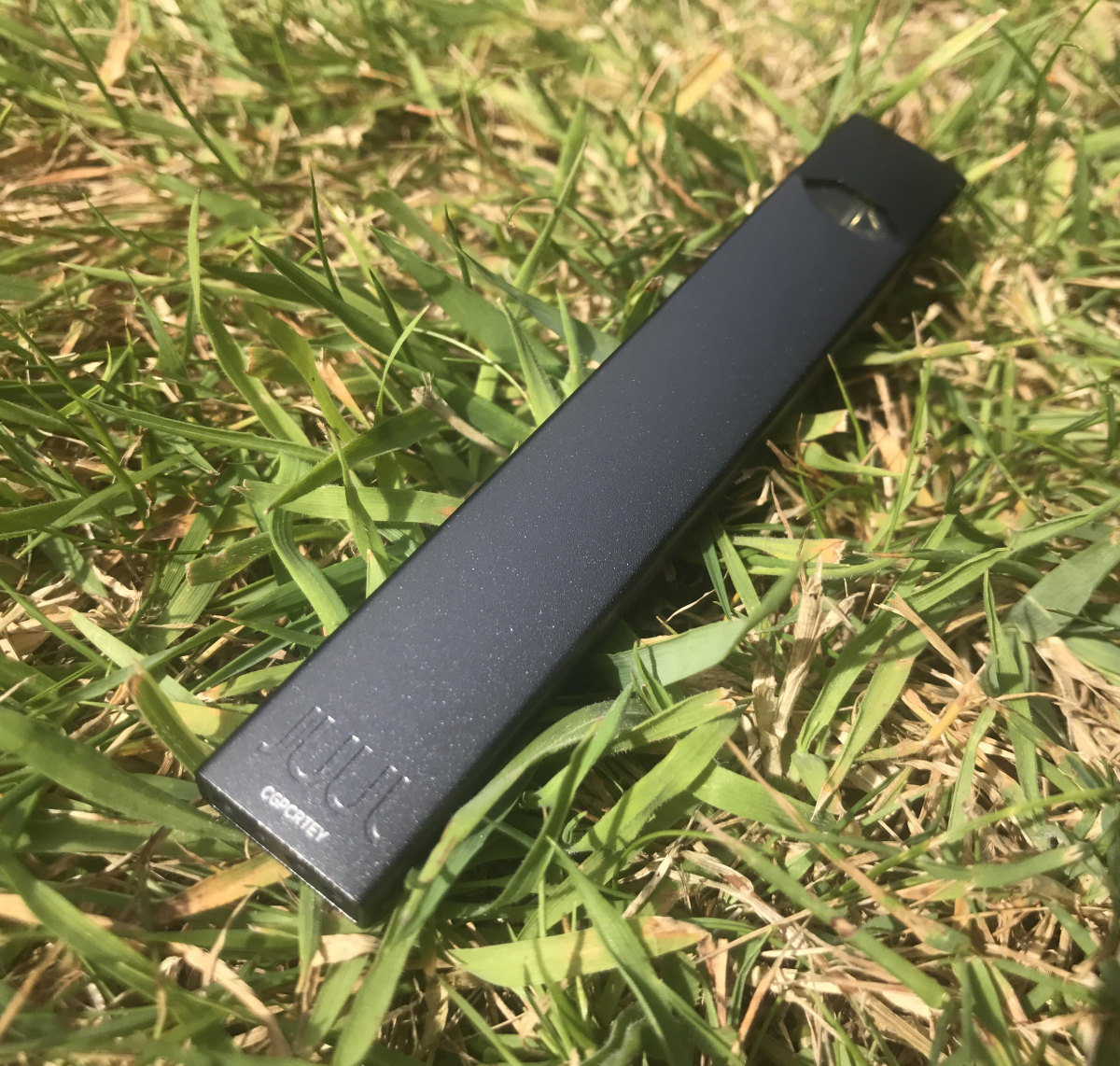 PAX Labs were founded in 2007 by James Monsees and Adam Bowen, and up unti 2015 their main focus had been on releasing the PAX series of herbal vapourisers. In 2015 PAX Labs released the JUUL, a new style of starter kit featuring a sleek and discrete design, and it uses flavoured disposable pods featuring a new type of nicotine- nicotine salts.

Using nicotine salts instead of traditional freebase nicotine allows the JUUL to deliver a nicotine hit much quicker, and one that closely replicates the sensation from smoking a cigarette, which is far more appealing to someone looking to replace smoking with vaping. PAX were actually granted the US patent for the method used in their nicotine salt eliquid preparation present in the JUUL, which is adding benzoic acid to freebase nicotine to create nicotine salt.

Since it's release in 2015 the JUUL has proven to be one of the most successful e-cigarette kits of all time, and it has become a very well known name within the industry indeed. Two years on from it's release, it's still in very high demand in the US but remains unavailable in the EU due to the nicotine strength of the liquid in the pods. One of my POTV colleagues had a friend coming over from the US and he agreed to bring a couple of JUULs and some pods over with him. Here's my thoughts on what has made the JUUL such a successful device.

PAX Labs JUUL comes boxed with four different flavoured pods, you get Fruit Medley, Virginia Tobacco, Creme Brulee and Cool Mint pods included with the JUUL device, all in 50mg nicotine strength, a magnetic USB charger and a user manual is also present. Some of you may be thinking '50mg, that's a little on the high side!' however the JUUL pods use a nicotine salt based eliquid, allowing a higher concentration of nicotine to be delivered to you quickly, in order to replicate the nicotine hit from a traditional cigarette. If you would like to know more about nicotine salts, I have written a beginners guide to them which you can read here. 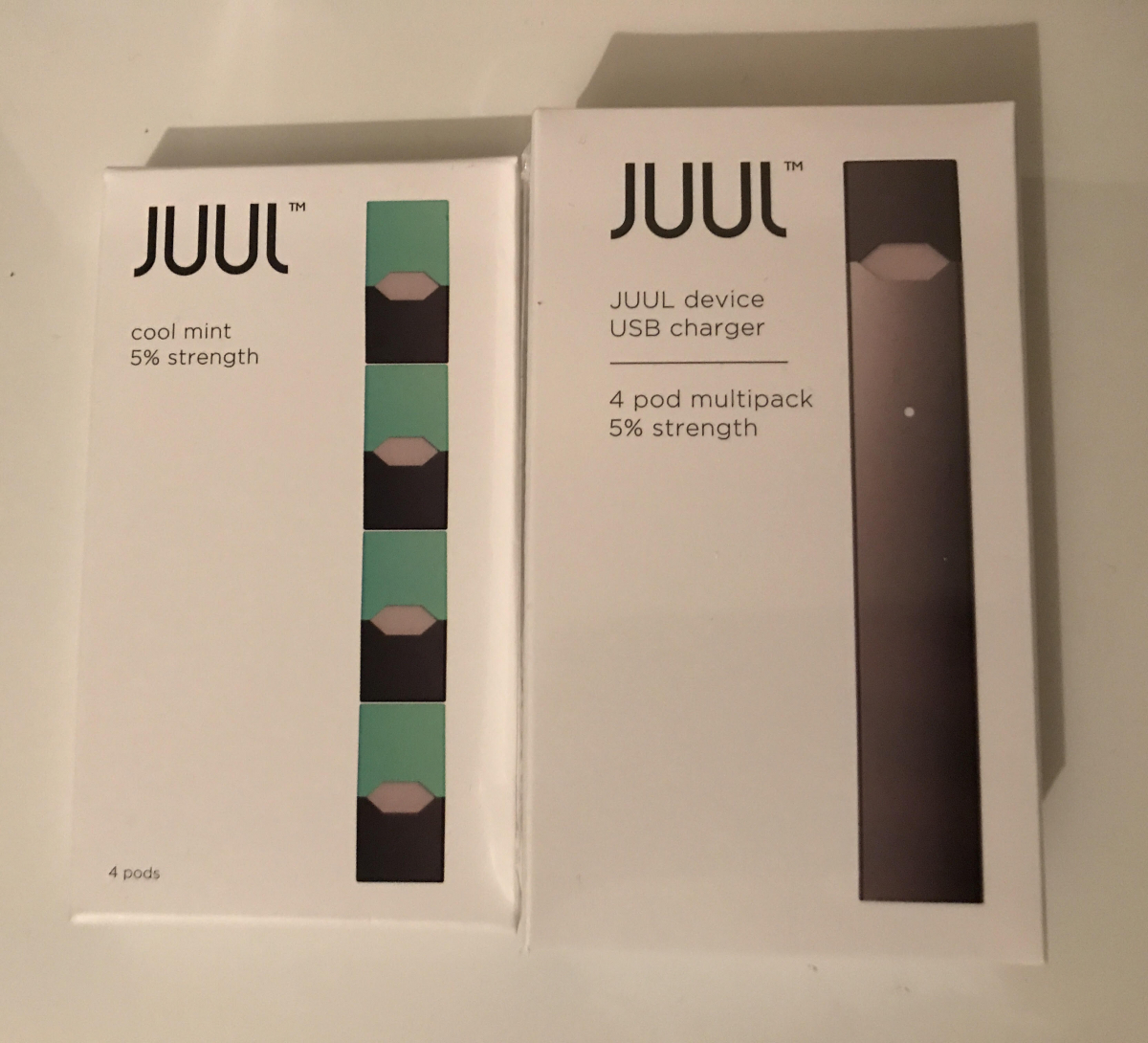 The JUUL device itself measures in at a tiny 88mm x 15mm, and has been designed as a lightweight and discrete device that can be carried around anywhere with you. You can slip this into your pocket and not even realise that it is there! The front of the device has a single small round LED light, that flashes white whilst the JUUL is in use. You can actually double tap anywhere on the body of the JUUL and the LED will change colour to display how much battery is left, depending on how much charge is remaining in the battery the LED will flash either green, yellow or red. Four magnetic connectors are at the bottom of the JUUL and it is charged via a magnetic USB charger.

The JUUL has plenty of praise for it's looks and I am definitely a fan of it myself, it goes down as one of the most stylish and attractive looking starter kits I have seen yet. Unlike a lot of other starter kits on the market, the finish holds up really well with day to day use, I have carried this around in my pocket, dropped it plenty of times and left it in the car for example, and there are virtually no scratches present on it!

How to use the JUUL

The JUUL is designed as a starter kit, and as such PAX Labs engineered it to be as easy to use as possible. When buying a JUUL starter kit, you also get four pods included, so you just need to choose which one you would like to use, insert it into the battery, and draw on the mouthpiece. No buttons or switches are present, the JUUL offers a mouth to lung vape and a pretty reasonable amount of vapour too. 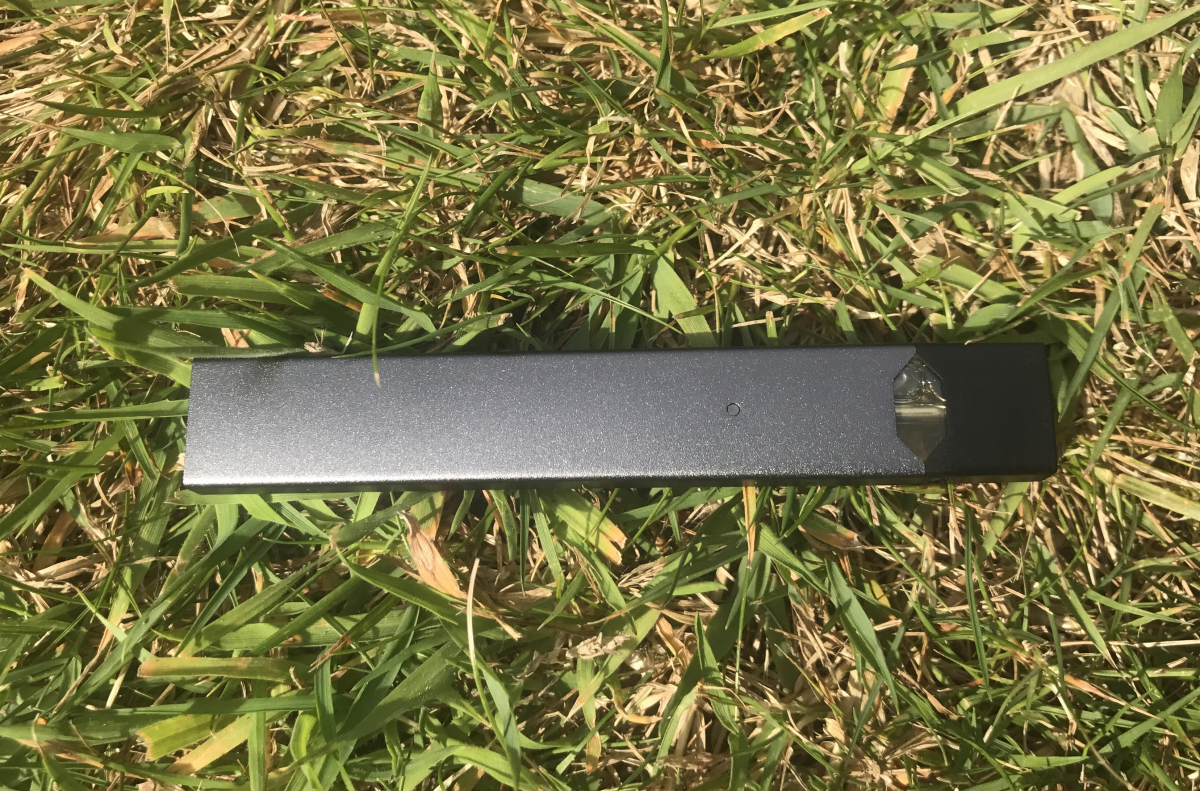 One the front of the JUUL is an LED battery life indicator, which switches from green, to yellow, and finally to red depending on the battery life left. Whilst the JUUL is in use, it glows white. The JUUL is charged via a magnetic USB charger, and when I plug the charger into my MacBook it will charge up fully within an hour, the LED light glowing green once it has finished. I felt the battery life was actually one of the downsides of the JUUL, it didn't seem to last as long as most other pod systems that I have used, and I would need to charge it at least once a day. Thankfully it charges up quickly meaning I don't have to wait around long to use it again!

Four different pods are included with the JUUL starter kit, each containing 0.7ml of 50mg strength liquid, and Mango flavoured pods are available to purchase separately. PAX Labs state that their pods are equivalent to 200 puffs, or one pack of cigarettes. I have tried all four of the JUUL pods included with the kit, and have written my thoughts down below, however I am yet to try the Mango flavoured pods.

Quite surprisingly, there wasn't an overpowering throat hit from any of the four JUUL pods that I tried, they were a lot smoother than other 50mg nicotine salt liquids that I have previously tried. On the whole the flavours were of a real high quality and I would say that they are the best I have experienced yet from a pod system. The pods contain 0.7ml of eliquid, which isn't a whole lot, I have easily vaped a whole one in less than a day, on one occasion I got through two Cool Mint pods in a single day. 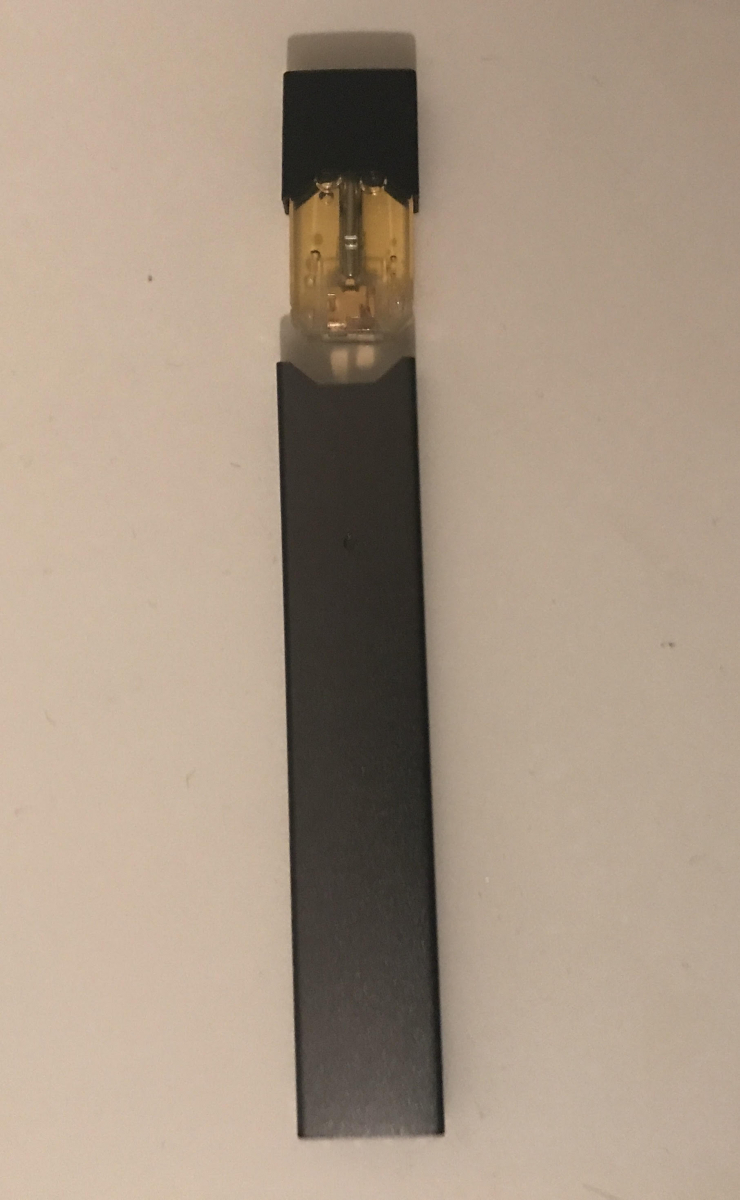 You can quite easily refill the JUUL pods once they are empty, simply by popping off the mouthpiece, removing the silicone bung and refilling with your choice of eliquid. I would recommend refilling them with a nicotine salt based eliquid which has a nicotine strength of at least 20mg, or 18mg traditional eliquid. You can refill each pod a couple of times as well before the wick burns out and becomes unusable!

The JUUL is regarded as the king of the pod system by many because of its effectiveness at providing a quick nicotine hit, and the quality of the flavours present in the JUUL pods. The JUUL is certainly up there with the best pod systems on the market, it's performance is absolutely second to none, and it is one of the best looking little devices that I have ever held.

Unfortunately, due to the draconian 20mg limit on nicotine containing eliquids imposed on the UK and EU markets thanks to the TPD, the JUUL is not currently available with any UK or EU vendor. I believe that this is a real shame as the JUUL is one of the most effective starter kits I have ever tried, its success has been well proven in the North American market, and I have absolutely no doubt it would be a huge success if a TPD compliant version ever came to the European market, there is still a lot of interest from European vapers in obtaining a JUUL and there are more than a few that jump through hoops to get one from the US. PAX Labs if you are reading this, get on it and get a TPD compliant JUUL to market over here!

Editor's note: I had the other JUUL that my mate brought over from the US, I had heard a lot about them and wanted to try what vaping 50mg juice was like.  In all honesty I have been very surprised at how good these things are.  Just like the nicotine salts that we are starting to see emerge over here, the vape produced by these products is very smooth, a bit more of a throat hit so in my opinion these are perfect for the hardened smoker, those who need more nic kick and more of a smoking-like experience to get them away from burning tobacco to get their fix.  So just how dangerous is the juice in these pods?  I have had a bit of spit back and leakage from the odd pod, on your lips and tongue it numbs it a bit but nothing more exciting than that.  50mg nic is not dangerous to adults in these small quantities.  Let's hope the Government is serious about reworking the TPD post-Brexit and that they listen carefully to what is scientific, evidence-based truth about eliquid strengths as well as tank and bottle sizes and make vaping regulation as sensible as possible in the future.  I love my JUUL and just wish I could get more pods.  If readers in the US take pity on me then feel free to message me on the forum ;) 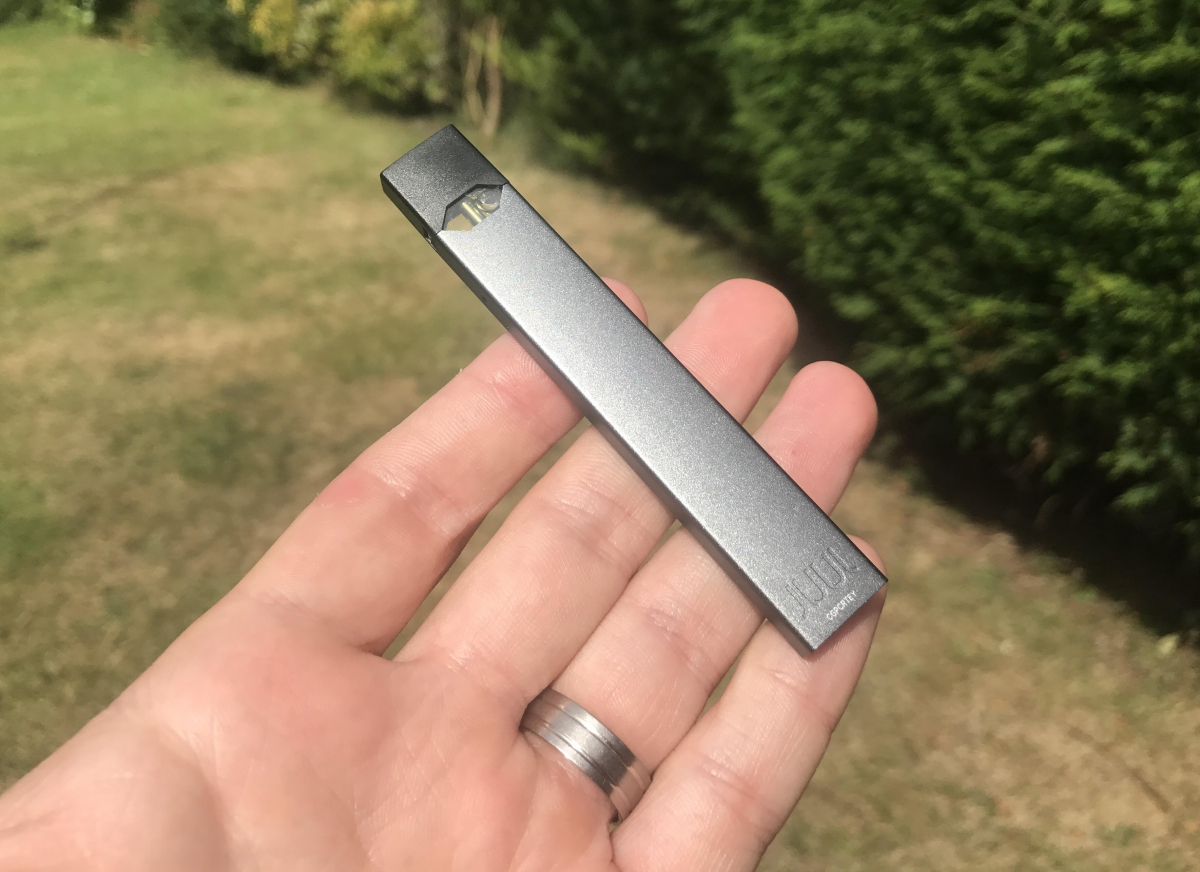