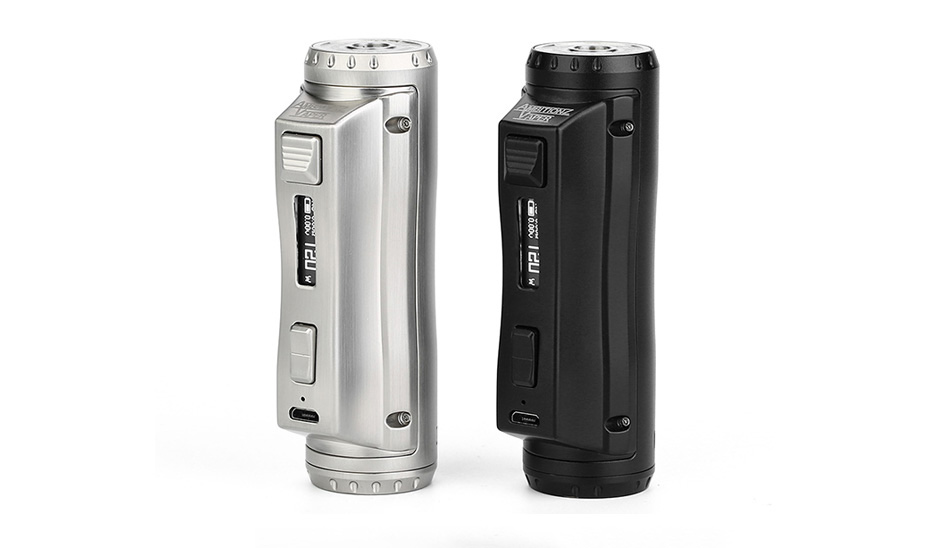 Today we'll be taking a look at the EHPro cold steel 100 mod, a collaboration between EHPro and the YouTube reviewer AmibitionZ Vaper, which was kindly sent in for review by Heaven Gifts.

The mod comes supplied in a rather thin cardboard box, luckily it’s also contained in a belt loop holder which supplies more than adequate protection during shipping. There’s also the usual paper manual in multiple languages, warranty card, QC card, a rather good battery safety card and the ever present USB cable. Inside the battery tube you'll also find an 18650 battery adapter. The belt loop holder is sadly only of limited use as it's only big enough for the mod itself, even with a small rda or tank on top you can no longer close the flap!

First up let's deal with the elephant in the room, the cold steel 100 looks remarkably similar to the Yihi SXmini SL class which AmbitionZ Vaper has received more than a little flak for. However having watched his introduction video he makes it clear that the aesthetic design was already largely done by EHPro when they approached him to work on the project and his input was more to suggest improvements in performance and features. The looks are mostly coincidental in my opinion, there are only so many ways you can attach a board/box to a tube style mod, and I'm certainly happy that he moved EHPro away from there original prototypes which had a silver body and a tacky gold plated control box on the front (shudder). If you're wondering why it's called the cold steel 100 when it does 120 watts that's because AmbitionZ suggested the maximum wattage increase and EHPro simply decided to stick with the “100” name.

The looks differ from the yihi in other departments as well, all the corners are nicely rounded off with subtle curves everywhere which makes the cold steel 100 surprisingly comfortable to hold, although it is a little weighty for a single battery mod at 178 grams without a battery. The weight is down to the mix of materials used (stainless steel, zinc alloy and brass) and it feels like it’s been made to last. The version supplied for review is the “grey champagne” finish which has a brushed metal look and appears to have had some sort of clear coat applied to the top for durability, it’s also available in black.

The 510 platform accommodates atomizers up to 25mm in size easily and looks particularly good with 24mm atomizers as well thanks to the slightly tapered section leading up to the platform. The 510 pin is nicely spring loaded and appears to have a decent amount of travel, there is a small lip on the very central part of the 510 so there is a minuscule amount of gapping going on with most atomisers, this can easily be eliminated with the use of an atty gasket though.

Unscrewing the battery cap below reveals nice clean threads which feel smooth in use so there are no issues accessing the battery compartment. There are two vent holes in the battery cap should things go awry and the inside of the battery cap is clearly marked with a “-” in blue, a big red ‘+” can clearly be seen at the other end of the battery tube so full marks to EHPro as it leaves no doubt about which way your battery should be inserted. One thing that didn't look so good from the inside of the battery tube though is that there is a gap near the bottom where you can clearly see the bottom of the board and wires which appear to be going to the USB port, it doesn't feel sharp or look as if it will cause any issues with tearing battery wraps but it does detract from the obvious attention to detail that appears to have been lavished on the rest of the construction. The full range of battery sizes is supported (18650, 20700 and 21700), but it failed the oversized vapcell 21700 test so be aware that not all 21700’s will fit, Samsung 30T’s fitted like a charm though. There was no battery rattle present with 20700’s and battery life seemed good as well so the board appears to be efficient (to me at least).

EHPro claim up to 1.8 amp charging on board, this will of course be dependent on your charger and even the quality of your USB cable, and in my tests it seemed to settle out at around 1.25 amps where everything appeared to remain cool. As always it’s recommended to use an external charger whenever possible, but if you're out and about this is a good feature and you shouldn't find yourself without power for long. 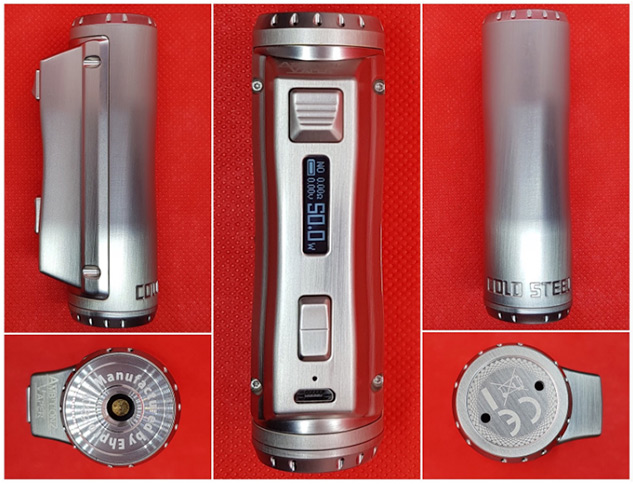 The control section features a fire button up top, a small screen, up/down button and a USB charging and update port. The screen, whilst small, is very clearly laid out and bright and I had no difficulty with it in day to day use even in the unusually sunny weather we've had recently, I was able to see the screen even when outside. There's the usual complement of modes available and pressing the fire buttons three times will access these, the menu is well thought out and has been a pleasure to use, not once was I left scratching my head wondering how to access a feature I wanted to during testing.

From 5 watts to 30 watts power can be adjusted in 0.1 watt increments which should please the MTL users out there, after this adjustments are in 0.5 watt increments until you hit 100 watts where it shifts to 1 watt increments. There's also an accelerometer and power round robins. If you want to lock your selected power simply press up and fire to lock the adjustment buttons. Pressing down and fire will flip the screen, and pressing all three buttons puts the screen in stealth mode.

Whenever you put a new atty onto the mod it flashes up the expected new coil/old coil question, it also shows the new and old resistance readings as well which is a welcome addition. However it sometimes seems to read the resistance before the atty is fully screwed down leading to slightly errant ohms readings at times. This didn't particularly affect power mode which is very responsive and felt very stable, it did have an impact on the next series of tests though. Another annoying aspect when you change atomisers it that it suggests a wattage (both in power mode and TC modes) which can sometimes get a bit frustrating.

For the temperature control tests I got out my trusty serpent mini which I'm very familiar with. The cold steel passed the initial tests by not glowing the coil and performed well in the cotton burn test as well so things were looking good. The actual TC experience itself was a little disappointing though. Initially I got virtually no vapour at all using the stock stainless steel setting, manually setting a Tcr value of around 120 gave me the kind of vape I was expecting but the mod seemed to be playing it ultra cautious and cut out very quickly giving an overall poor tcr experience. After a little playing around I found that the mod hadn't got a good cold ohms reading and once I got things locked in correctly things seemed much better with that 120 tcr setting. If you're an exclusively TC vaper then you might want to wait for one of the more technical reviewers like pbusardo or djlsbvapes to give this a once over before hitting the buy button.

In use I found it surprisingly comfortable to use as a trigger fire mod with my pinky finger naturally coming to rest under the bottom of the board section. Thumb firing is of course also possible however it didn't feel quite as natural to me in this position. The buttons all have a nice solid “clunk” in use with no rattles anywhere.

During the final phase of testing I noticed some slight play between the control box and the battery tube, closer examination revealed that one of the retaining screws had started to work loose after two and a half weeks of extensive use. A quick nip up with the appropriate sized star screwdriver solved the issue but this may need to be monitored in coming weeks although I'm sure a dab of loctite thread lock will stop the problem if it recurs.

In conclusion, I've been very happy with the EHPro cold steel 100 mod, it's rapidly becoming one of my “go to” devices and at $57.90 over at Heaven Gifts it's pretty good value for such a well built device.