Originally released over four years ago and long before the whole pod epidemic, the PockeX was designed to be an ideal compact starter kit and was certainly one of the easiest kits to be released around that time, so Aspire have decided to launch an Anniversary Edition with new colours and repositioned USB port.

Part of me admires this move. One of the problems with the vaping world is the overwhelming choice as new products are churned out weekly, and often good kits soon vanish in the fog of war, so does the PockeX stand the test of time? 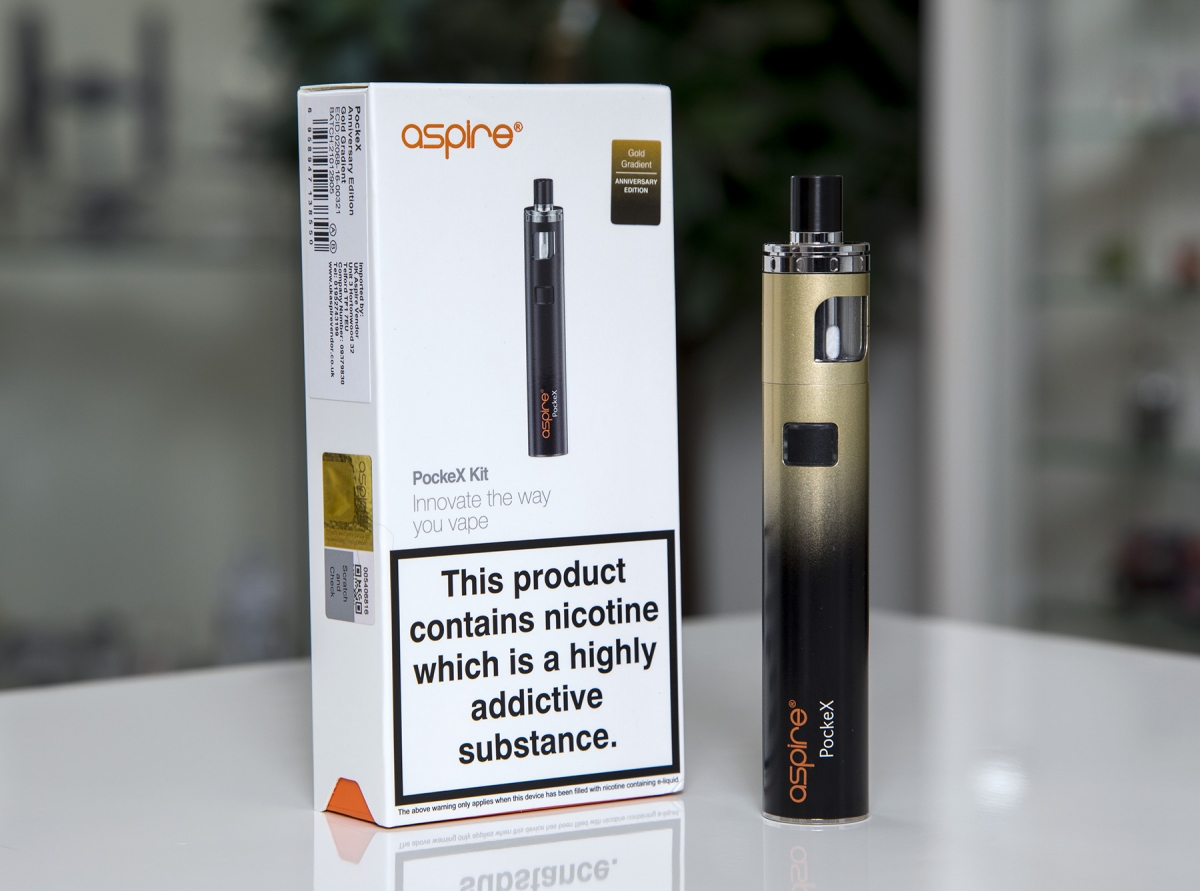 Firstly the specs, on the new edition:

So I compared the specs to the original and they are exactly the same, word for word.

Now they don’t state what the coils are in the specs and it is not on the box contents either, so I had to dig to find them. The coil name became obvious though, they are the Aspire PockeX 0.6ohm/1.2ohm Coils.
https://www.ukaspirevendor.co.uk/collections/pockex-coils/products/pockex-1-2-coils-5-pack-uk-aspire-vendor

So the coils are the same as the original release which is surprising considering how coils have improved over the past few years.

The PockeX Anniversary Edition comes in a nice clean looking slide to open box and is kept compact enough to be able to fit through your letterbox which is a nice change. 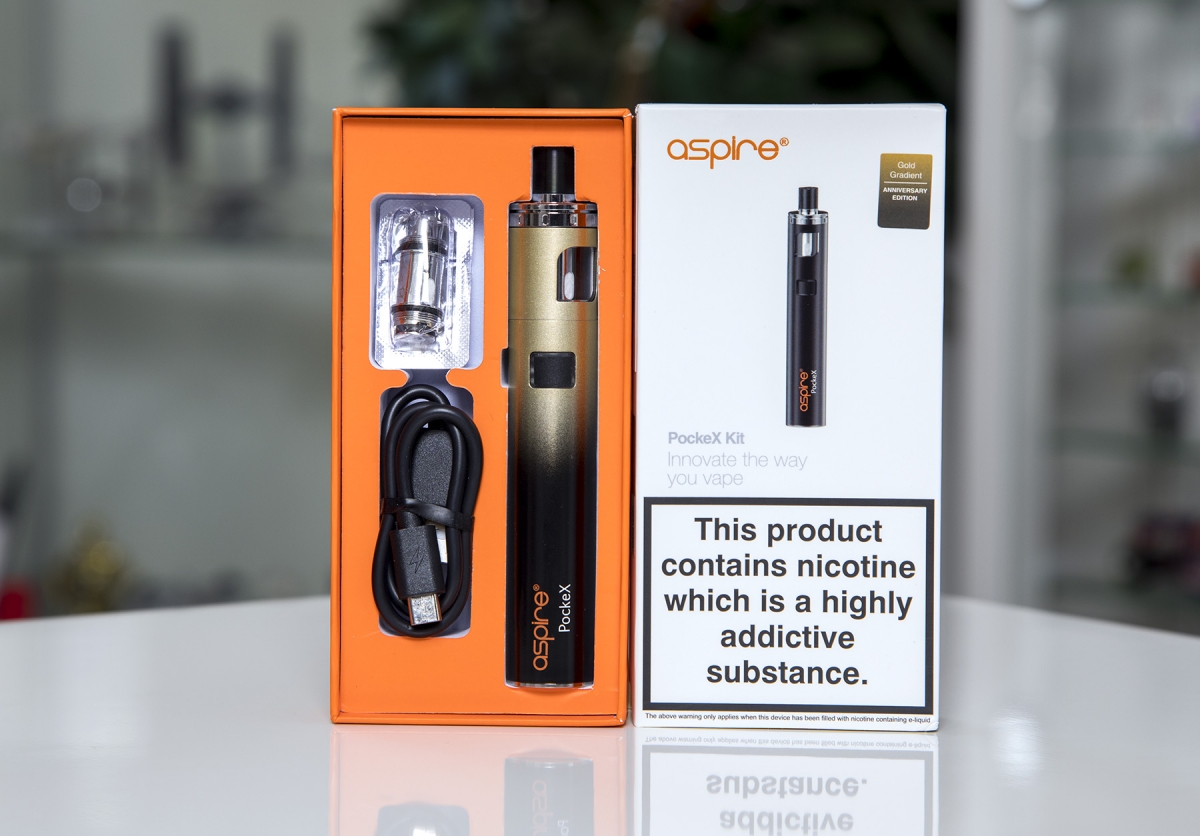 Sliding off the outer sleeve reveals all the contents nicely packaged in a bright orange box (Orange Box takes me back – I loved that game!), there’s very little included in the kit, but you do get an alternative coil. 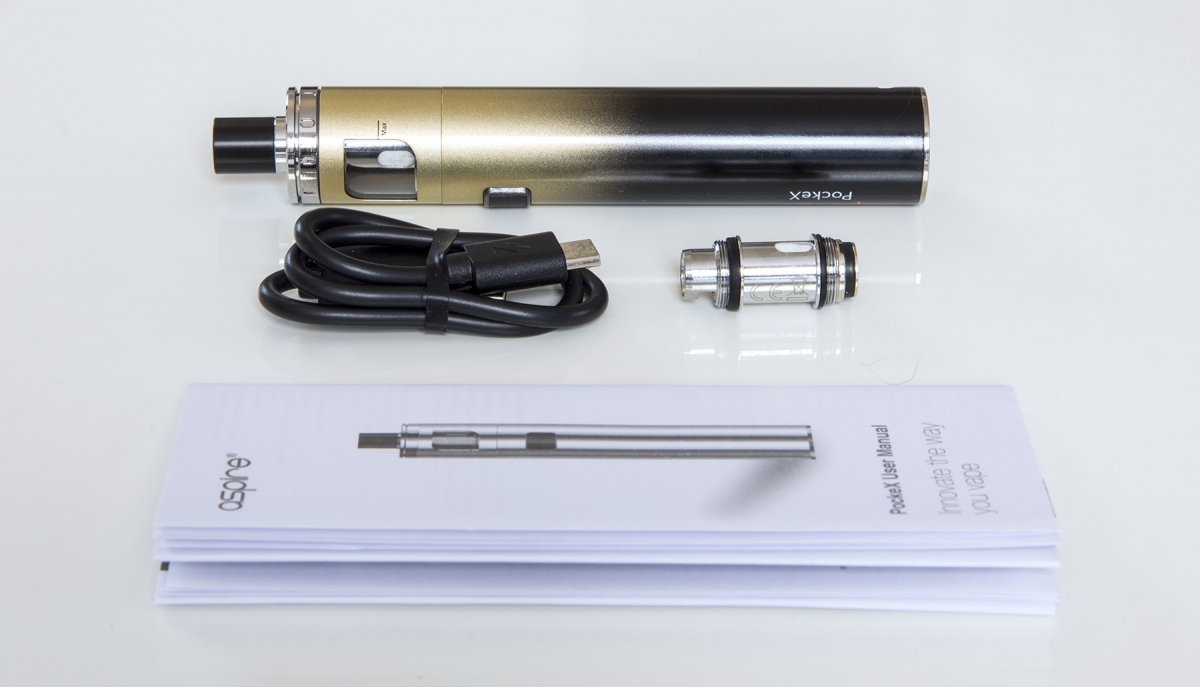 So you get the device itself with the 0.6ohm coil installed, a spare 1.2ohm coil, a Micro USB cable and the documentation.

The PockeX is one of the simplest devices out there, it is really easy to strip down, change coil and fill up. Operation is equally simple, one button for turning it on/off and firing. 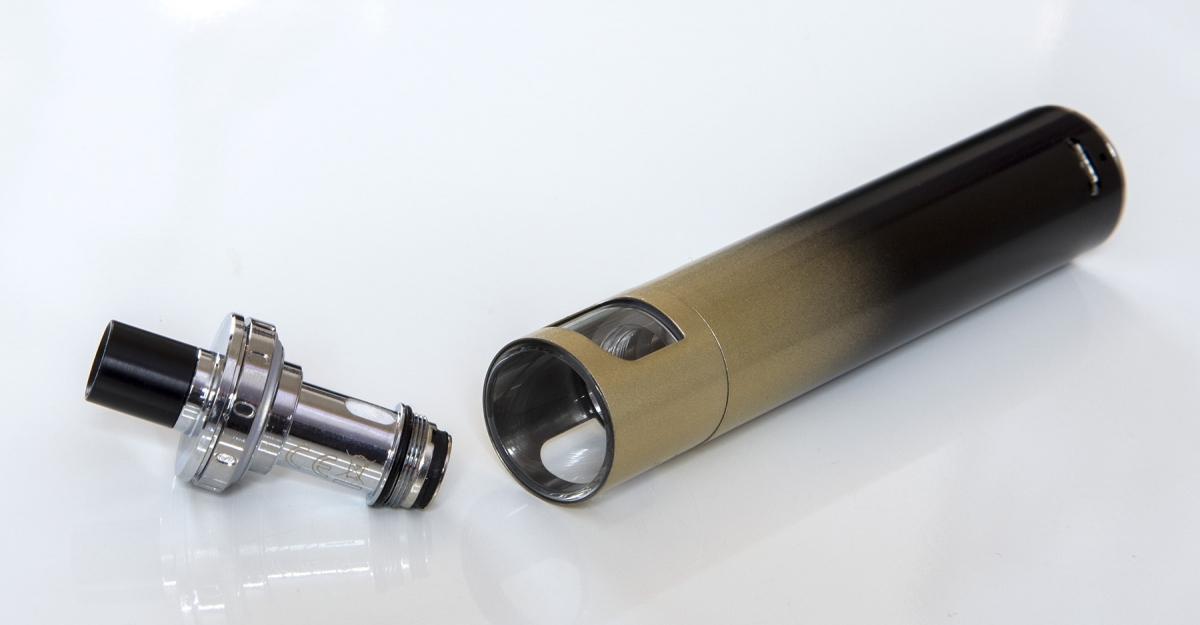 The top section simply unscrews and holds the coil which then unscrews from the cap. The actual ‘tank’ section is held in place with a thick O-ring and generally you will not need to touch that part unless you need to deep clean it.

The coils are interesting, a lot larger than I expected, and the wicking ports are nice and big. I suspect this is why they have stood the test of time (if it aint broke and all that).

Filling the PockeX up is a simple process, unscrew the top cap which pulls the coil out with it then pour your juice into the tank, BUT do not fill beyond the marked fill line. If you do then it will overflow when you refit the coil. 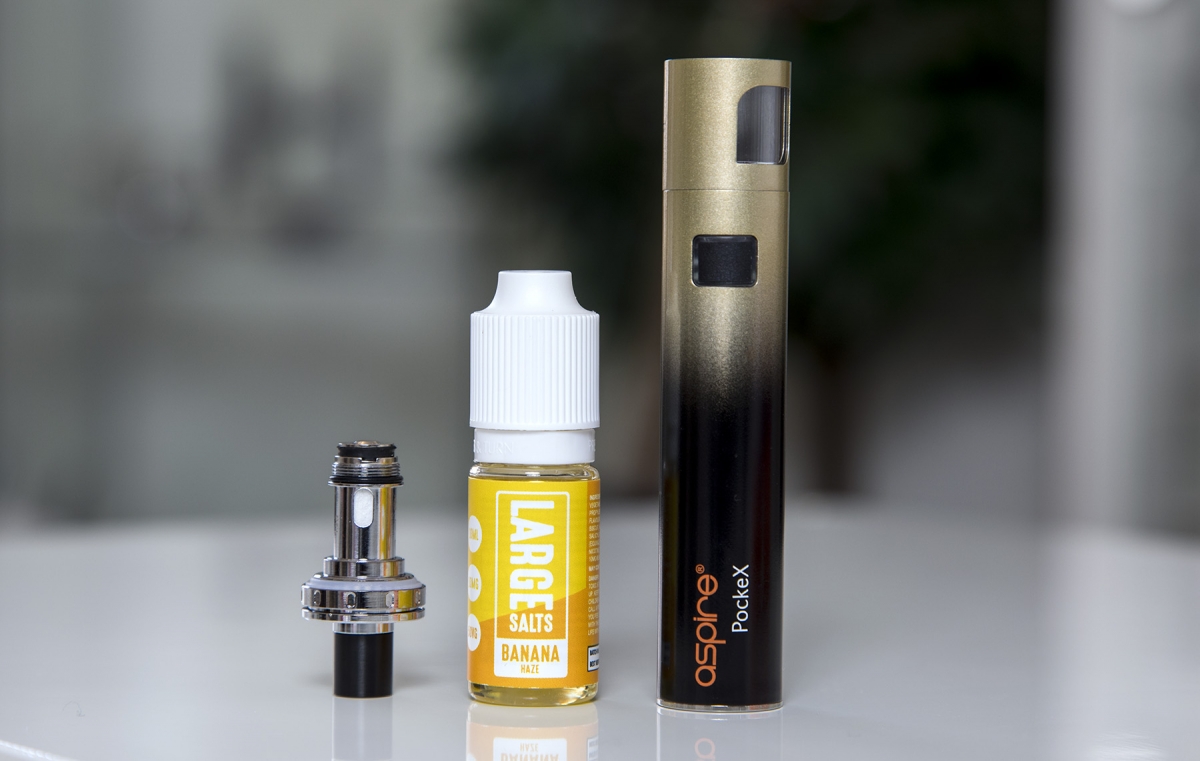 Going back to the specs, there is a statement:

“*This kit is not suitable for use with e-liquid with a VG content lower than 50%.” 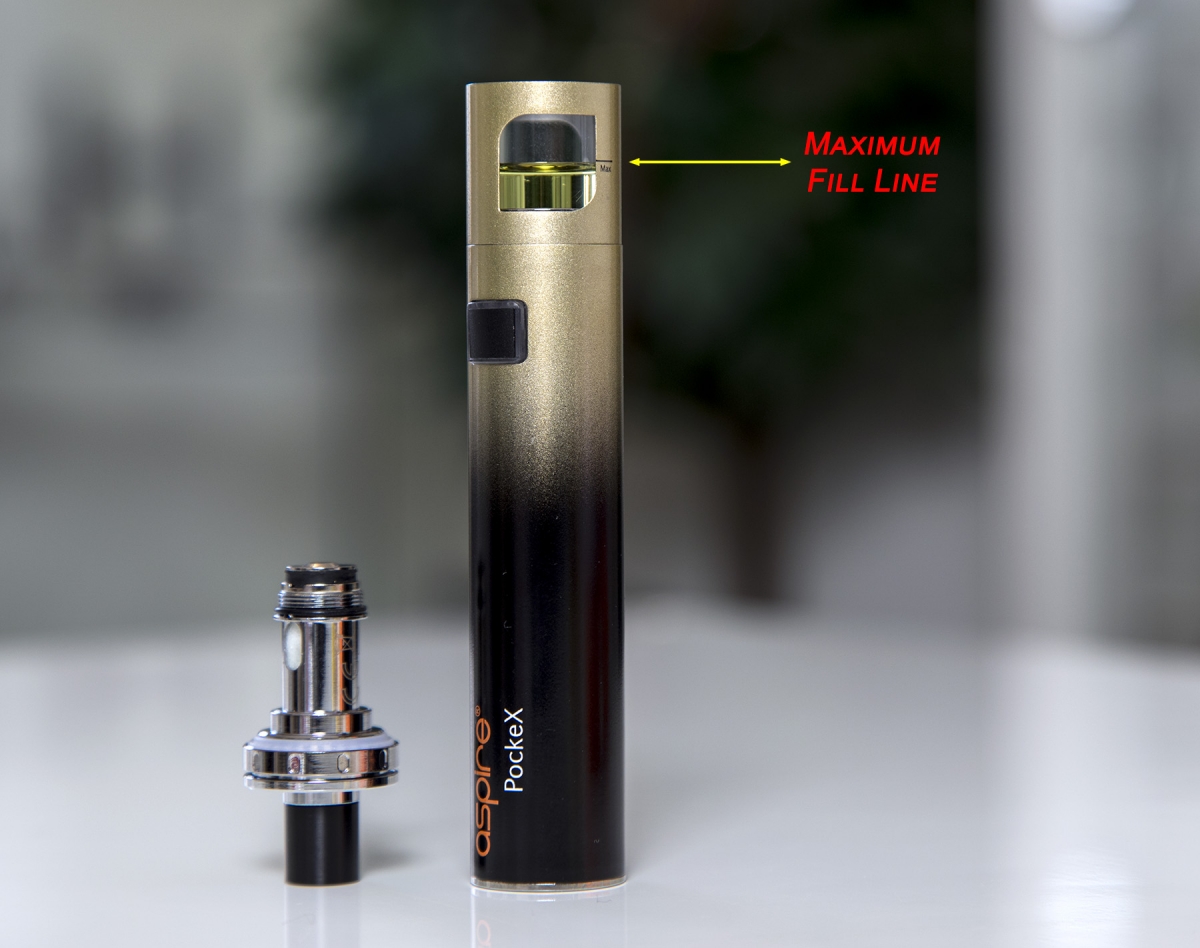 There’s no airflow control as it is fixed and top fed through the cap which turned out to be a shame in my case. Starting with the 0.6ohm coil, it was far too loose to class as MTL. In fact it was a loose RDL draw so immediately I wrote that coil off for MTL vaping, but I will say this, the flavour was superb and certainly on par with the latest generation of coils.

I then tried the 1.2ohm coil in the hope that the coil would give a tighter draw, nope! It felt exactly the same, just far too loose. It was possibly the loosest MTL draw I had experience (an honour previously held by the Smok Nord). The flavour was superb, but I struggled with the loose draw. Convinced something was wrong, I checked the seal and everything was tight enough, but it made no difference

There’s simply too much air flowing through the top of the coil and top cap and the only way I could see to restrict it was with some insulation tape which did the trick, but I had to wrap around 9/10 of it to get an acceptable MTL draw, so by now it was looking pig ugly with my insulation tape bodge, but the vape was now becoming very enjoyable.

But with my bodge in place, I was really enjoying the vape I was getting, tons of flavour and a really smooth draw. Ignoring my tape, I also loved how it looked and felt in the hand, it really is a pocket friendly kit.

In a world full of compact pod kits, this was a real blast from the past and it is nice to see a nod to the evolution of vaping. Things have changed a lot in recent times and there have been some big advancements in vaping technology so it was refreshing to see a flashback to the simpler times.

As a MTL (Mouth to lung) kit, it was way too loose for my taste, but as an RDL (Restrictive Direct Lung) then there’s no doubt it works well. There are no bells or whistles here, but if you want a simple to use kit that has good flavour, there is still a place for this heritage kit. 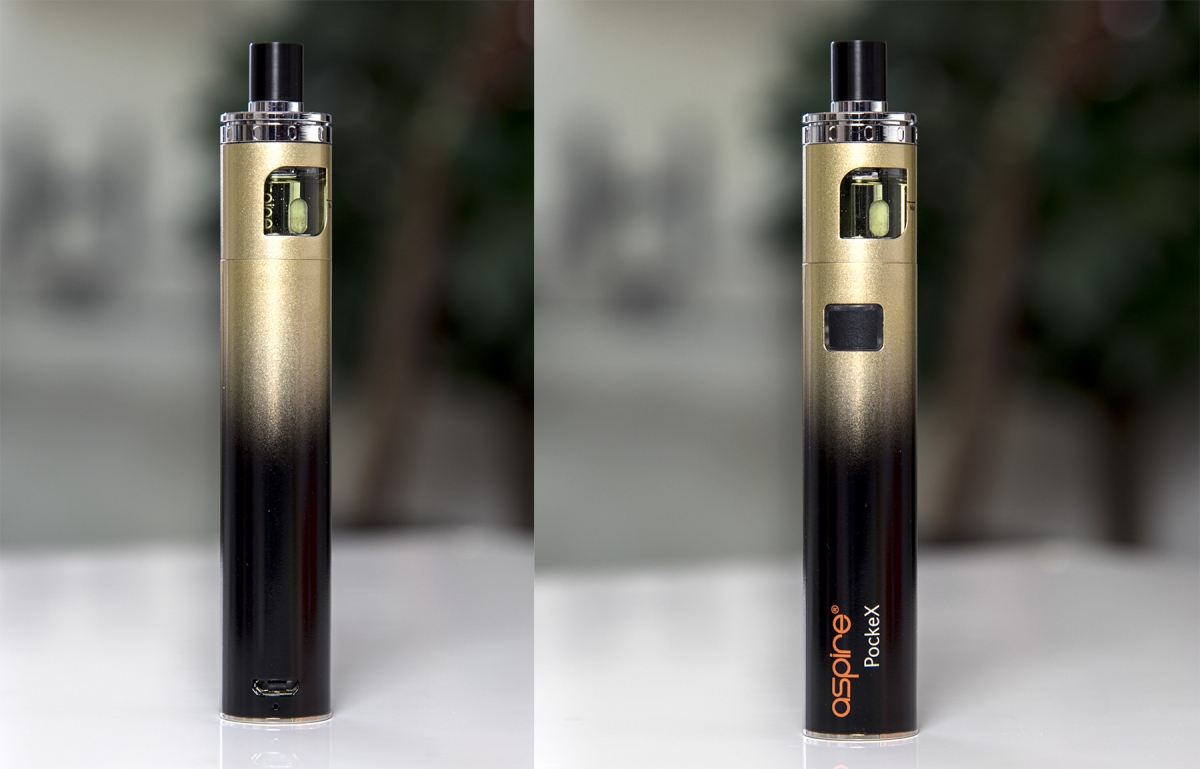