It has only been just over two months since I reviewed the Twisted Messes which was a very impressive and versatile RDA (Rebuildable Dripping Atomizer). However we all know that nothing ever slows down in the vaping world with new products constantly being manufactured and now Compvape U.S.A. have released the 13 Heavens 9 Hells RDA. To many who have purchased the Twisted Messes RDA this may seem a bit too soon but to those who never picked up the previous RDA this one should certainly be of interest.

The name of this RDA is derived from a ancient Mayan Myth based on the Aztec Calender:

The 13 Heavens and 9 Hells were each 52 years long (1,144 years total). Each of the 9 Hells were to be worse than the last. On the final day of the last Hell (August 17, 1987), Tezcatlipoca, god of death, would remove his mask of jade to reveal himself as Quetzelcoatl, god of peace. 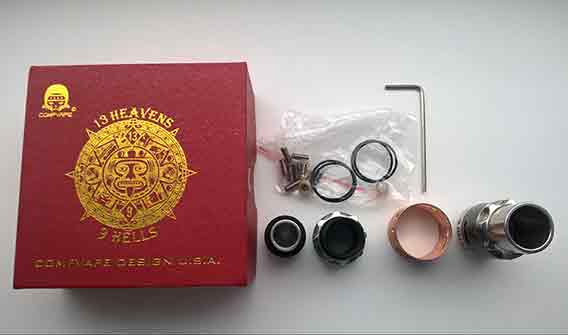 Since this RDA is so very similar to the Twisted Messes I am going to have to careful not to repeat myself too heavily but I have to bear in mind that many will be coming to this review fresh.

Essentially the 13 Heavens, 9 Hells is a tweaked Twisted Messes RDA. Now I don't mean that in a unfair way but it really is more of a revision than a truly new RDA much in the same way that the Twisted Messes was a revision of the El Cabron.

Despite this RDA being something of a slight variation there are some good changes. The juice well is certainly a fair bit larger and you will get a lot more hits before you have to drip.

The upper heat sinks has been redesigned and now rather than a crenelated top the 13 Heavens, 9 Hells has them shaped like pointed stars which reminds me of Japanese Ninja shuriken. Thankfully they are not sharp or tipped with poison (joking of course) and are actually nicely rounded off so you won't cut yourself.

The screws are once again excellent just like the Twisted Messes and you will have no issues with them cutting wire. This RDA comes with three sets of screws so you can decide for yourself which is your preference, featuring both flat top grub screws and the more traditional hex screws. The included Allen key is durable and comfortable to use being of a good size so even those with larger hands should have no issues.

The post holes are suitably massive once more just like it's predecessor and you could fit pretty much any kind of crazy build in there that you want. It is also very forgiving for a newcomer to RDA's due to the post holes being so large.

The deck itself is very roomy and I would say there is a little bit more space than the Twisted Messes so that makes it extremely easy to work with.

As with the Twisted Messes the top cap rotates on the O-rings which means if you are a novice RDA user who struggles to centre your coils then it's not a problem since you can rotate the top cap to direct the airflow at your coils.

The rotating top cap does become a little bit of a pain when removing the RDA from your mod because typically I find myself trying to unscrew it and simply rotating it instead which I have to say I still do to this day with the Twisted Messes when I'm not paying attention. The RDA of course easily unscrews if you remove the top cap first.

The airflow holes have been tweaked and instead of three large intersecting round holes on either side only the middle one is now rectangular in shape and wider. The airflow control ring still allows for both a single and a dual coil build exactly like it's predecessor. To adjust the amount of airflow is easy, simply unscrew the top cap rotate the sleeve before re tightening the top cap.

I must admit I like the overall design of this RDA and it is nice that it comes with two sleeve options just like the Twisted Messes. The black sleeve with the gold Aztec logo is certainly my favourite and it looks very smart on top of my black Sigelei 100w+. Aesthetically the shuriken heat sinks look rather cool and while the Twisted Messes had more of a castle turret look this one is far darker and menacing.

The extras are well worth mentioning since the box is loaded with spares. Extra screws, spare PEEK insulators, O-rings, two top cap sleeves etc. Not to mention the fact that this RDA comes with three drip tip options, a huge chuff cap, a large wide bore delrin drip tip, a standard stainless steel one as well as a delrin 510 drip tip adapter. It is certainly a value for money product.

The 13 Heavens 9 Hells vapes just like the Twisted Messes. That might sound like a disappointment but I assure you it isn't since this RDA's predecessor was excellent. It is 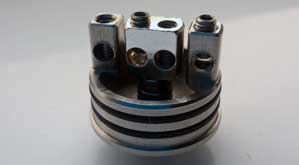 slightly different in the sense that there is a little more airflow when fully opened up and I think the cloud production of this RDA is slightly better, which is quite the accomplishment when you consider what a cloud maker the Twisted Messes is.

Flavour is extremely good just like the Twisted Messes RDA and when using the chuff cap there is a great deal of vapour produced. For anyone wanting more flavour the airflow can be heavily closed down and fitting the wide bore or the standard drip tip also helps to boost flavour.

I can find no fault with this RDA's flavour or vapour production and it like the Twisted Messes it is very easy to build.

The more I have used this RDA the more I noticed that whatever juice you put in it seems to give a stronger hit. To begin with I thought it was due to using Manabush Omusa and put the extra potency of the vape down to the rum in that flavour. However I noticed the same thing with other juices and often found myself with something of a nicotine rush. Whether it's due to the redesigned airflow or something else entirely I really have no idea but rest assured this RDA has quite a kick at times. 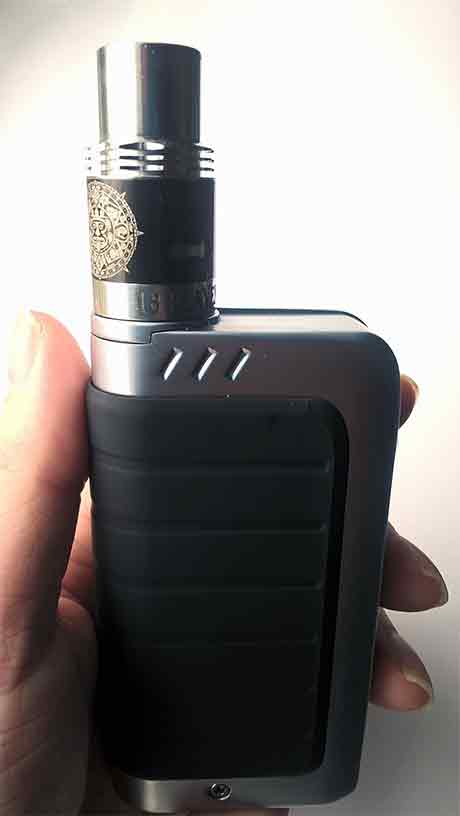 It is often the case that some RDA's are notoriously expensive and to be quite honest they can often have inherent flaws which makes the price unjustified but with Compvape products you certainly get what you pay for and the machining is consistently top notch. For a RDA of this quality, loaded with features and offering great flexibility in both build and vape options the average price of £50 is really worth every penny for something that will last you a very long time.

I have only one criticism about this RDA in that it really doesn't offer that much more than the Twisted Messes but then again if something isn't broken why fix it? However by the same token you could ask why sell another RDA with very minor changes when there is nothing wrong with the existing one?

The 13 Heavens, 9 Hells is a minor evolution of Compvape's previous RDA and the small improvements it makes are welcome but it does feel to me more like Twisted Messes version 1.1 rather than version 2.0. I think that if you already own a Twisted Messes then I don't honestly see why you would need this one unless of course you desire a second very well made and very versatile RDA from the same company.

For someone coming fresh to Compvape's products then this RDA is certainly the slightly better option but at the same time the Twisted Messes would likely serve you just as well and remains a excellent RDA. If I was a customer and the 13 Heavens 9 Hells was out of stock then I would purchase the Twisted Messes and vice versa because there really isn't that significant a difference between them.

In the final analysis it is up to people to assess this product for their own individual needs. If you want my personal view then I have to say I love both the 13 Heavens, 9 Hells and the Twisted Messes equally and I rate them both as some of my favourite RDA's of all time but there are only very minor differences between them.

This item was kindly sent in for review from Tony at Vivd Vapes - you can check out the 13 Heaves 9 Hells on his site.