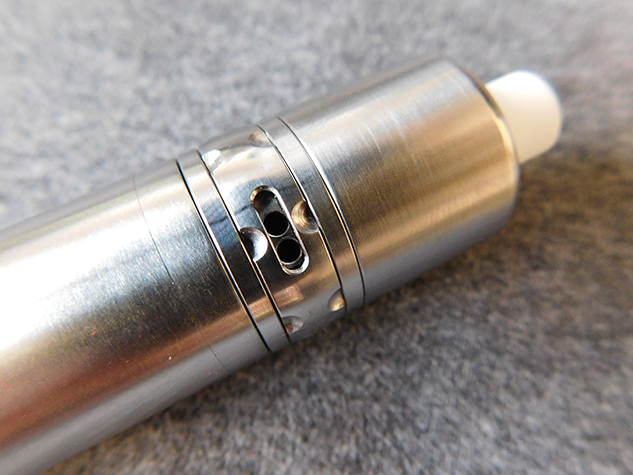 Eden Mods are a British manufacturer founded by Andy and Lee, most famously responsible for the release of the Rose, an immensely popular high end rebuildable tank atomiser that delivers some of the best flavour you can get out of a rebuildable tank, and the Rose has been followed up with the Rose V2 and Rose V2-S. Eden Mods are a company priding themselves on design quality and performance, whilst listening to feedback from its customer base and acting on it accordingly. They also pride themselves on sourcing and manufacturing as many parts of their items as they possibly can within the UK.

The Snapdragon represents the first RDA from the Eden Mods stable, announced towards the beginning of this year the Snapdragon finally made an appearance at Vapefest 2015, and has proved so popular Eden Mods themselves sold out! Let's see what has made the Snapdragon RDA a highly popular and sought after RDA...

Coming packaged in a cardboard tube shaped box, you’ll get: 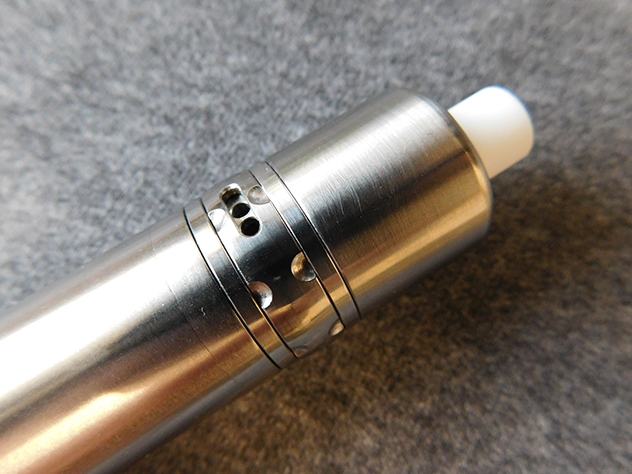 It’s a simple design that takes cues from the design of the Rose V2, especially when you look at the near identical airflow control ring, but it looks stunning, and paired with a stainless steel mechanical mod just completes the look, personally I love using mine on my GP Paps V4 as the two items look made for each other! It’s a great fit on any box mod too, I love the look of it on my SX Mini M Class. The finish and machining are both top class, not a rough edge to be found, and the stainless steel top cap is as shiny as it gets! Shinyitus alert! 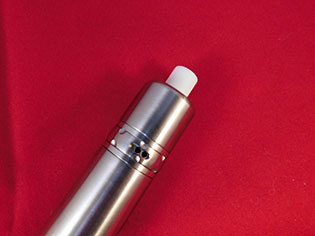 The supplied drip tip is white and manufactured from Teflon, which will reduce heat transference to the drip tip, which I have found stays nice and lip-friendly during use. You can swap out the supplied drip tip for your own one should you prefer, I’ve found the white one supplied to be just ideal for me.

You can totally disassemble the Snapdragon RDA to clean and maintain, all parts come apart and screw back together smoothly, the threads are buttery smooth and very user friendly, as long as you maintain the Snapdragon RDA well you shouldn’t find that you would ever need to apply too much force to any of the parts. 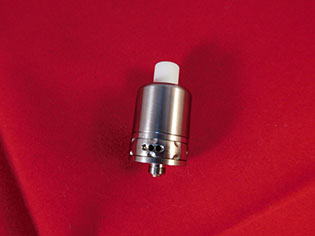 The airflow control ring has been lifted off the Rose V2 in terms of looks, as it’s near identical, but the airflow ring has been modified to suit an RDA. You now have two horizontal airflow slots at either side, that have three 2mm airflow holes present. You can close off one side when running a single coil set up, or if you are one of the few remaining mouth to lung-ers out there then this atomiser will suit you perfectly, as with a single coil and one or two airflow holes open on the one side you can happy mouth to lung hit on the Snapdragon RDA. With a dual coil set up and the airflow fully open, it’s a nice airy draw for the lung hitter, but not over the top airy either. It still does provide some very good cloud production, but if you're a low ohm, high power cloud chaser, then the Snapdragon RDA is not the RDA for you.

It’s not an RDA that is designed for blowing huge clouds or running at 100+ watts, anything but, it’s designed to get the absolute best flavour out of your juice, and it does that better than anything else around no matter what airflow setting you have it on. You will look at your juices in a totally different way after experiencing the truly outstanding flavour that the Snapdragon RDA produces. Personally, I find it perfect with two airflow holes open on either side with a dual coil build, but even wide open the flavour is still absolutely outstanding. 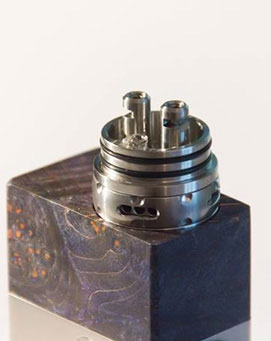 The build deck features two posts with hex grub screws, however interestingly instead of post holes you have two ledges present allowing you to clamp the coil legs down, and this system does indeed work very well with Ni200 for temperature control coils. I tend to have a habit of snapping coil legs frequently with Ni200, as it is so fragile, so far I haven’t managed to snap a single coil leg in the Snapdragon which is an achievement in itself!

The posts themselves can be inverted if you find it easier to build with the ledges facing inwards, having tried both methods I still find it easier with the posts in the default configuration with ledges facing outwards. That being said, the Snapdragon I have found to be extremely easy and forgiving to build on, and it’s an RDA I believe would suit newcomers to rebuilding as it really isn’t all that hard to build with. There’s plenty of room to build on the build deck of the Snapdragon, and you shouldn’t have too much trouble building on it.

The drip well is 5mm which accommodates plenty of juice, and as the top cap is easily removed you can re drip quickly and easily. You have an airflow outlet at either side of the Snapdragon, and I have found positioning your coil above this area allows for the most flavoursome results, and I have experienced minimal leakage from the airflow hole. Heat also seems to disperse efficiently, as the vape never tends to get too hot, I have experienced a lovely warm vape at 35w with a dual coil 0.5ohm build but you can reduce the wattage and increase the resistance of your build for a cooler vape if that is what you prefer.

I’ve tested single and dual coil kanthal, twisted kanthal, Ni200 and Titanium builds in the Snapdragon and each and every build has provided superb flavour on a level I haven’t experienced in any other atomiser to date. It’s truly phenomenal. 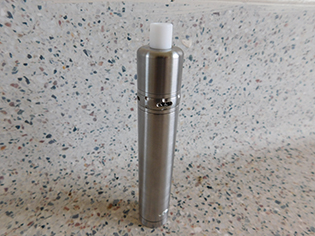 The Snapdragon RDA by Eden Mods is the king of flavour RDA’s. It’s at the very pinnacle of flavour centred rebuildable dripping atomisers, and it’s the best performing one out there. As a bonus, it’s British made and manufactured by Eden Mods, who have poured their heart, soul and talents into developing a truly stunning atomiser, after the huge success and rave reviews on one of the very best flavour RTA’s ever produced, the Rose, they have followed up with what I consider to be the best flavour RDA that has ever been produced. The flavour really is that good, you may even find it a little overwhelming to begin with. I know it took me the first few puffs to adjust to the outstanding flavour!

The Snapdragon RDA is flawlessly made, easy to use and offers just absolutely stunning results, seemingly no matter what build you decide to go with. That’s a mark of a very versatile and forgiving high end RDA that is worth every penny.

I purchased the Snapdragon RDA directly through Eden Mods themselves, at www.edenmods.uk, where it is available for £85 once the new batch is ready for sale shortly.