Hellvape are resurrecting the Dead Rabbit once more with a refreshed Dead Rabbit Max RDA, the question is does it live up to its name or should it finally be sent to the great rabbit hutch in the sky? 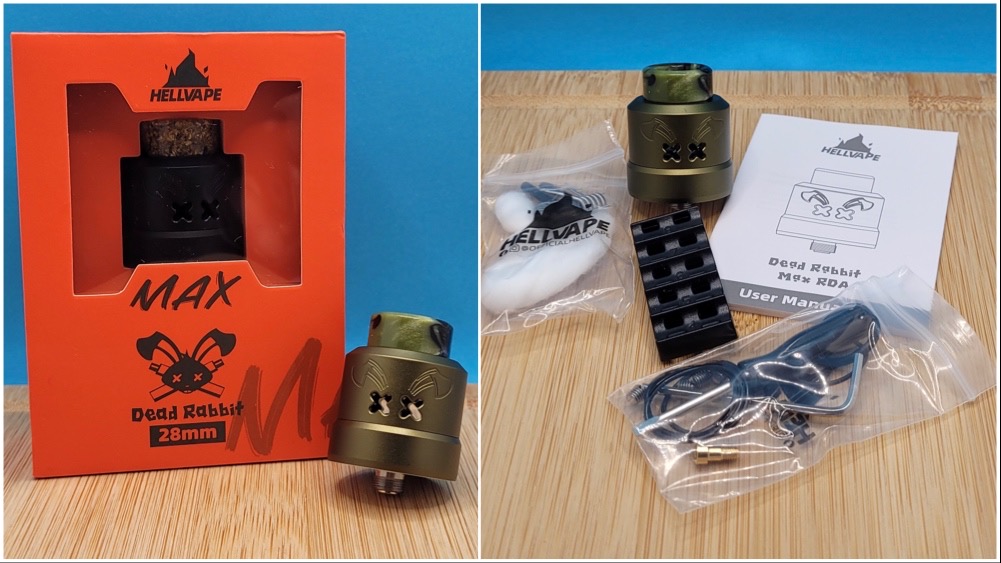 The Dead Rabbit Max comes in seven different colours and I was sent the “matte full black” and “Army green” versions for review and whilst I’d normally default to the black version, I instantly took a shine to the army green version this time around. Inside the compact box, Hellvape has packed in the usual round of extras including a squonk pin, O-rings etc. along with a pair of Nichrome (Ni90) coils and some cotton plus a coil cutting guide.

The Dead Rabbit Max is actually a fairly chunky piece of kit sporting a 28mm diameter, so you’ll need to drag a big boy mod out to avoid any potential overhang on most devices. It’s also surprisingly heavy, weighing in at 61 grams compared to just 42 grams on the Dead Rabbit 3 that I reviewed back in November last year.

As it’s a dual coil design, you’re probably going to want a dual battery setup as well so I opted to use this as a dripper rather than fitting the optional squonk pin that’s in one of the spares baggies. The 510 pin protrudes a decent amount with good peak insulation around the outside as well so it should be hybrid safe if that’s your bag. 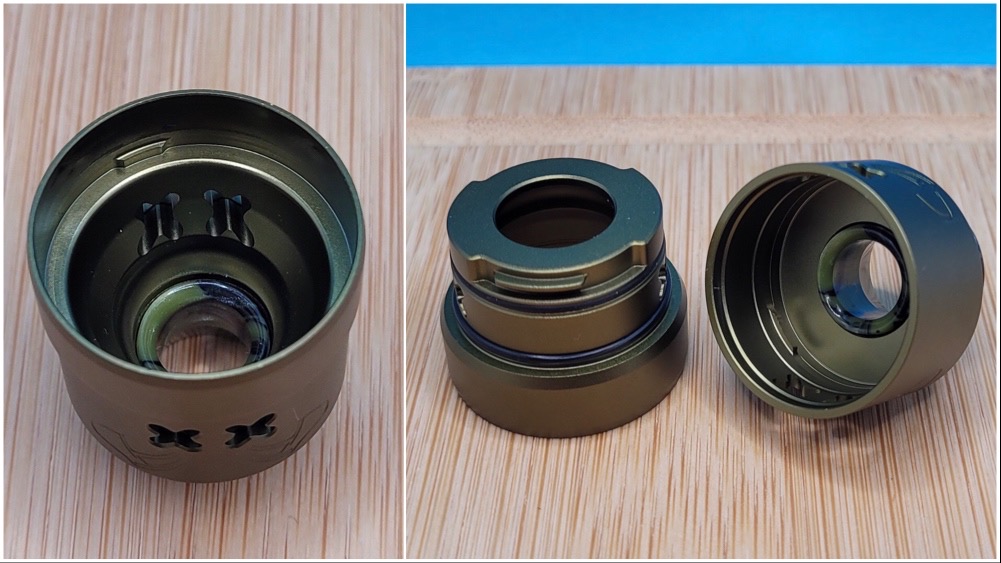 The top cap and airflow system have been radically overhauled this time around with the dual “X” airflow cleverly forming part of the Dead Rabbit logo on the side. The outer airflow adjustment is set on a rail system which locks it onto the top of the barrel which is something we’ve seen on a few of their other more recent RDTA designs, and this has hard stops at the fully open and fully closed positions. There is a bit of doming going on inside the top cap as well. 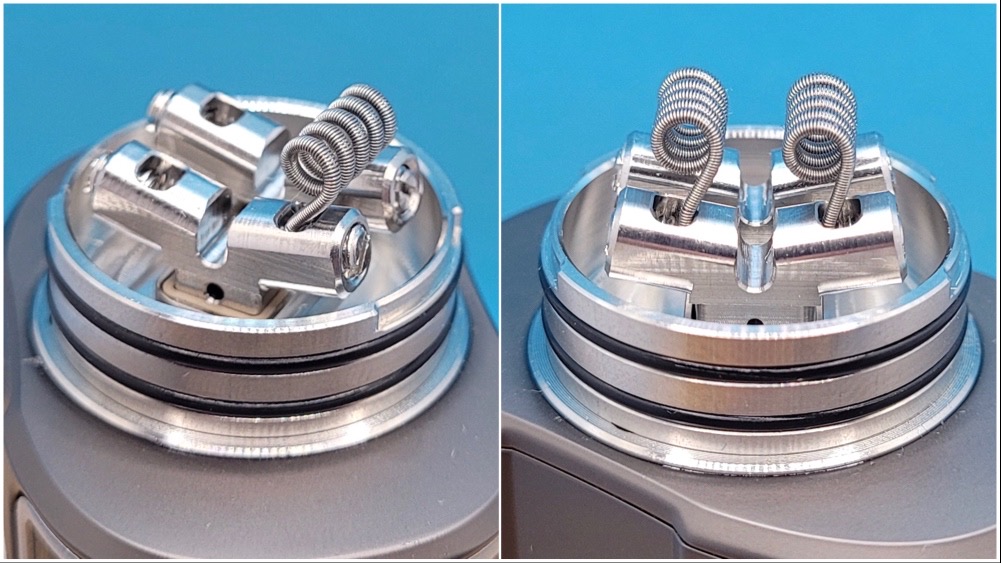 The oversized build deck should look instantly familiar to anyone who’s used any of the earlier Dead Rabbit RDAs with its distinctive “bunny ears” posts. These are slightly rounded off to smooth out the airflow as was the case with the Dead Rabbit 3, and you can clearly see the squonk holes at the base of the posts as well. One of the selling points in earlier designs was that the bunny ear design allows you simply drop your coils in place and then cut off any excess coil legs in place, however the posts are now much shorter and the juice well is much deeper (7mm), and these two factors mean that you can no longer do this, there simply isn’t enough room to get any snips in there so you’ll need to pre cut your coils this time. 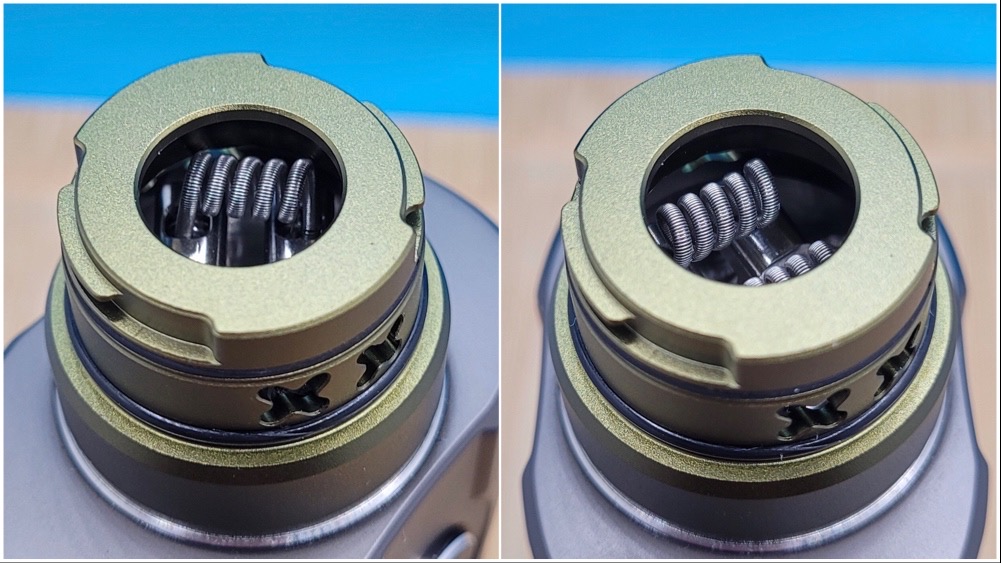 The design of the top cap means that the chamber is actually fairly condensed, and a quick test fit showed that my initial coil placement was dangerously close to shorting out so I had to move the coils in somewhat to give them adequate clearance. That compact chamber means that they still remain fairly close to the X shaped airflow even in this configuration. 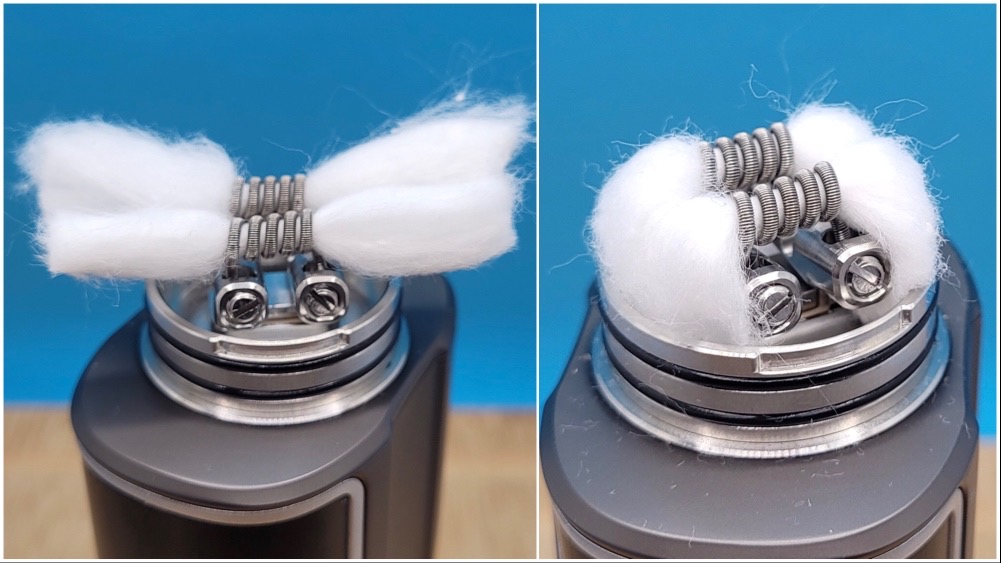 With the coils sitting fairly high up and that deep juice well, you'll need to cut your wicks a good distance outside the deck, but there’s plenty of room to tuck them in place so minimal thinning out is needed.

My build came out to 0.16ohms and with the airflow fully open I ended up needing to use a whopping 120 watts, so it's a good job I’d opted to go for a dual battery setup! The airflow is surprisingly smooth which is not what I’d initially expected with those unique X shaped airflows, and the flavour is on point. Things started to go a bit awry when I closed the airflow down to just one eye though….

Thanks to the locking airflow cap design, it can only be rotated in one direction (to the right) which results in all the air being directed to one side of the coils. No problem, I thought I’ll simply rotate the barrel to compensate. Unfortunately the barrel also has a locking system in place, which is handy for tightening down or removing the deck from a mod, but this turns in the same direction as the airflow cap. The end result is that you can’t turn the top cap to the left to recenter the airflow, and turning it to the right means that the airflow is now smack bang in the middle of your cotton! This could easily have been remedied by moving the stops on the deck so that it could be rotated in the opposite direction, a bit of an oversight on Hellvapes' part there. You can restrict things a little by half closing the airflow which almost gives you a honeycomb airflow type effect, but it’s far from an ideal situation.

If you like super airy, high power vapes, then the Dead Rabbit Max might be right up your street. I can’t ignore the silly errors in the airflow design though so you might want to consider the slightly older Dead Rabbit 3 instead.

Many thanks to Hellvape for sending the Dead Rabbit Max over for review. 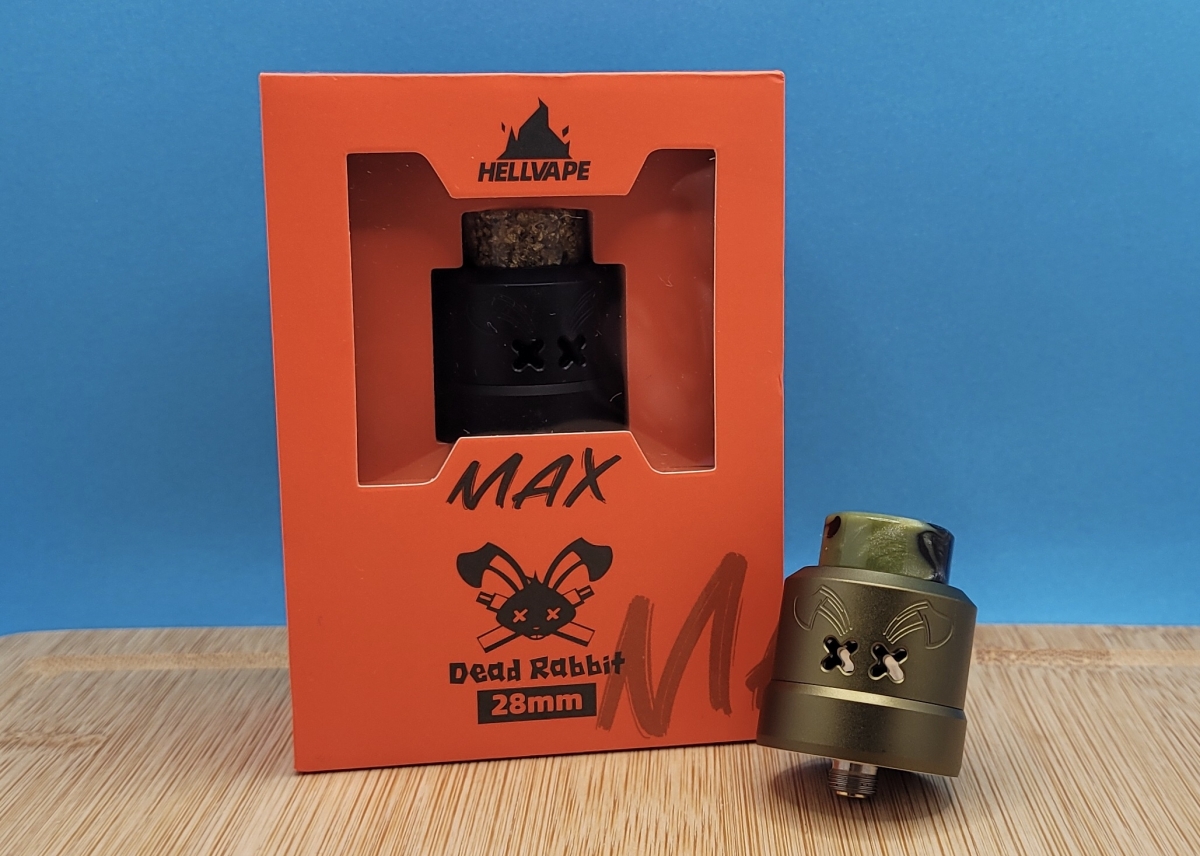