Hellvape have updated their ever popular Dead Rabbit RDA and it’s now up to version three. Having never tried the previous versions, I was quite excited by the prospect of taking a look at the Dead Rabbit 3 RDA to see what I’d been missing out on all this time. 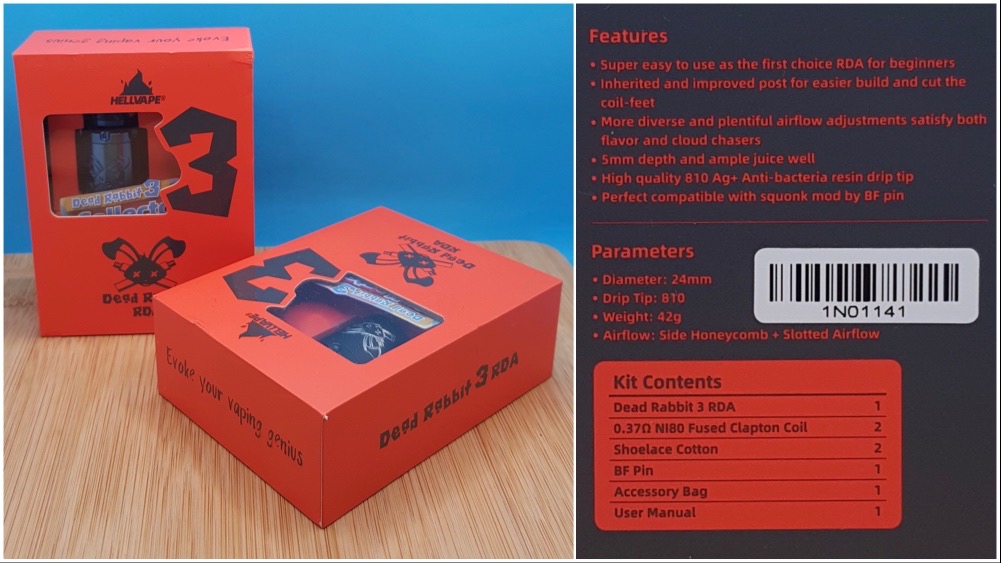 The Hellvape Dead Rabbit 3 RDA comes in their signature black and red packaging, it’s available in a whopping eight colours to suit all tastes and I was sent the matte black and the blue editions to test. One of the guys at work has already called dibs on the blue edition once he found out I’d been sent these, luckily the matte black version with its deeply engraved Dead Rabbit logo is more my speed anyway. 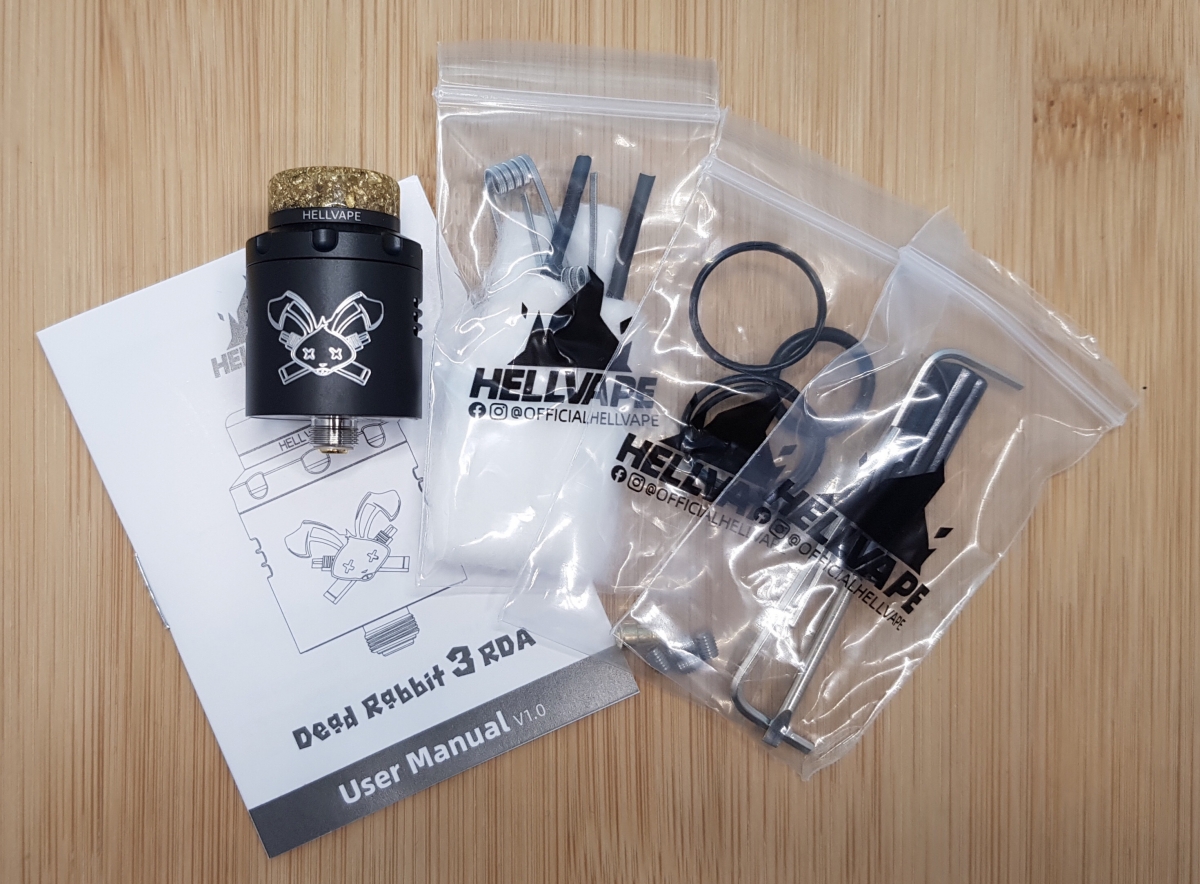 The pack in is quite thorough, you get a bag with two Ni80 coils plus cotton, a second bag with spare O-rings, screws and an optional squonk pin, and finally a third bag with a screwdriver and Allen key to change out the 510 pin should you wish.

The Dead Rabbit 3 RDA has a simple four piece design: build deck, barrel, airflow and drip tip. I was particularly impressed with the included 810 drip tips, not only do they both look good, they also feature AG+ antibacterial technology and are made with a combination of Nanosilvers and food-grade plastic. 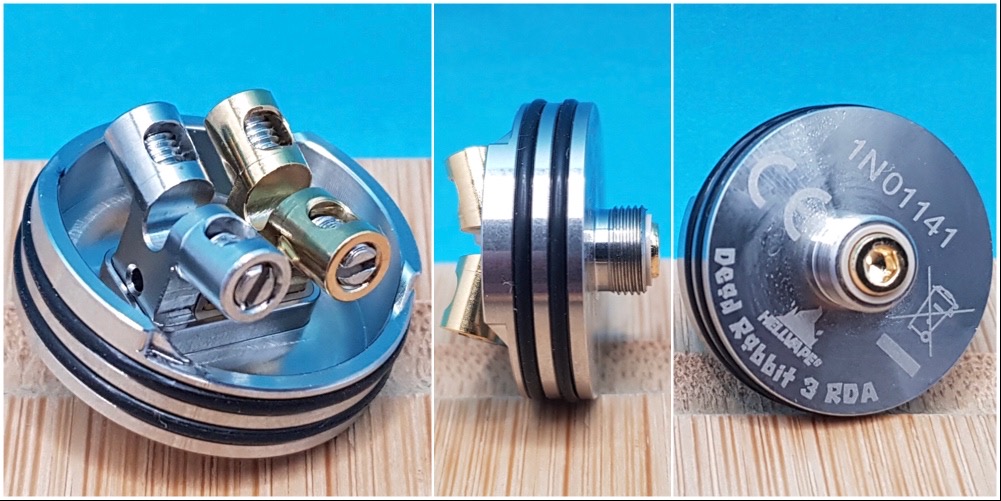 The build deck should look familiar to anyone who’s used an earlier iteration of the Dead Rabbit RDA with its signature “rabbit ear” dual post design, however the posts have now been rounded off to reduce turbulence and smooth out the airflow. A standard 510 pin is fitted out of the box and I’d say this is definitely a hybrid safe design for all the mech lovers out there.

An optional squonk pin is also included in the package with two squonk holes built into the sides of the posts to deliver e-liquid to your wicks. I opted not to use this for once and have been using this at home as a dripper. With the barrel installed, you effectively have a 5mm deep juice well so you’d have to go a bit mad to over drip/squonk. 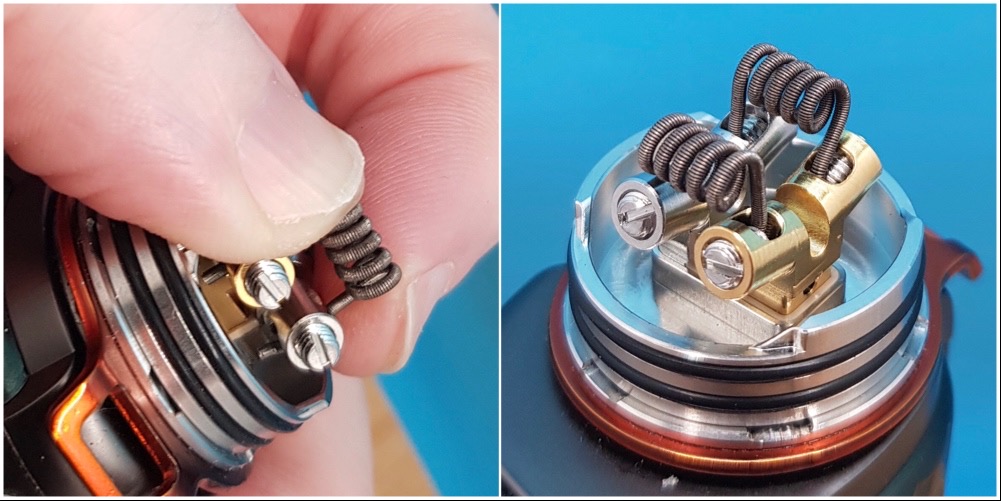 Fitting coils couldn’t be easier here, you have fairly sizable post holes so exoxtic high mass coils shouldn’t present any issues and unless your coil legs are stupidly long (in which case you may need to pre cut the legs), you can cut any excess legs once the coils are fitted, just make sure you get any loose wire out of the deck before going any further. As the included coils are once again Ni80,which I can’t use, I opted to borrow some of my own kanthal fused claptons out of another atomiser. 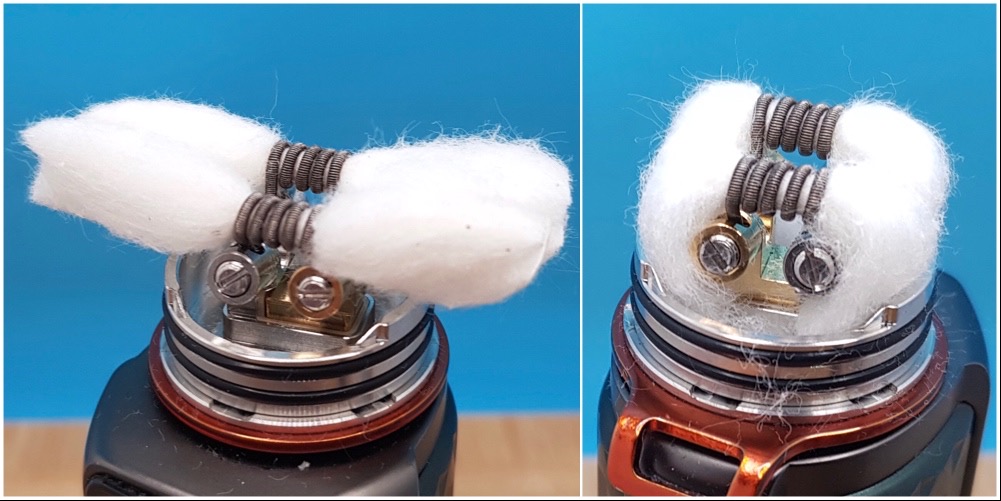 The coils do end up quite a way off the bottom of the deck with this design so you’re going to need to leave the wicks fairly long. As you’re going to be relying on capillary action to an extent, I would also recommend giving these a thorough comb out as well before placing the wicks down on the deck. 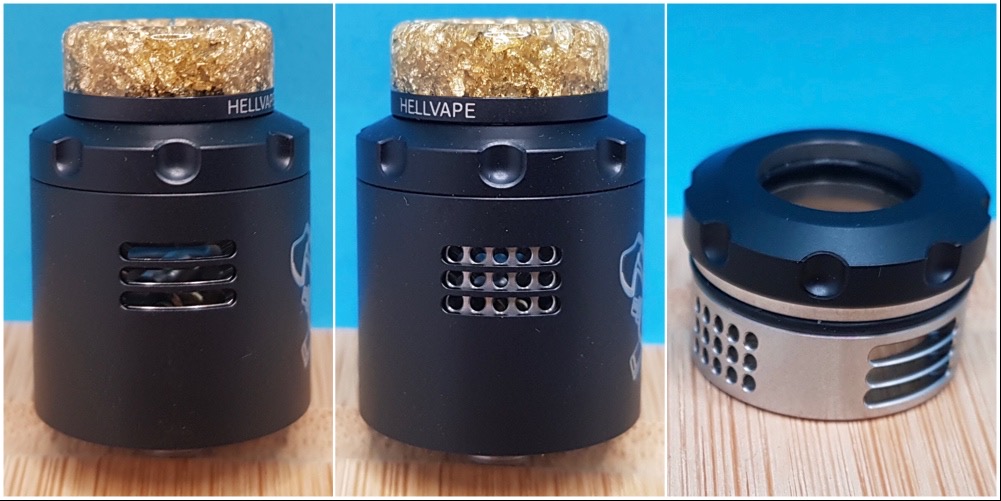 There are two airflow options on the Dead Rabbit 3 RDA, a wide open slotted design and a more restricted honeycomb pattern with fifteen holes. The airflow on both is actually sloped downwards towards the inside of the barrel to try and direct the airflow under the coils and I have to say that this does appear to have worked, I’ve been getting superb flavour out of it.

The slotted airflow is wide open which I found drowned out the flavour a little so I preferred running this about two thirds open to add a bit of restriction. All three slots are adjusted by the same amount and you can turn the barrel (which has locking pins to restrict its movement) to keep the airflow centred over your coils. Not only is this very airy, but it can get a bit noisy as well.

The honeycomb airflow adds quite a lot of restriction, fully open I’d say it’s about the same as the slotted airflow running at two thirds, and I personally preferred this. It’s a whole lot quieter as well.

I’m suitably impressed with the Dead Rabbit 3 RDA and it made me wish I’d tried some of the earlier versions. The updates to the post design and airflow seem like a step up, but I can’t help feeling that this might have been better if Hellvape had dropped the slotted airflow and given us the option to cut one or two rows of the airflow instead, having said that I have been running the honeycomb airflow wide open so that might have proven to be a bit too much restriction. If you’ve been a fan of the earlier Dead Rabbit RDAs then this gets a thumbs up too.

Many thanks to Hellvape for sending the Dead Rabbit 3 RDA out for review. 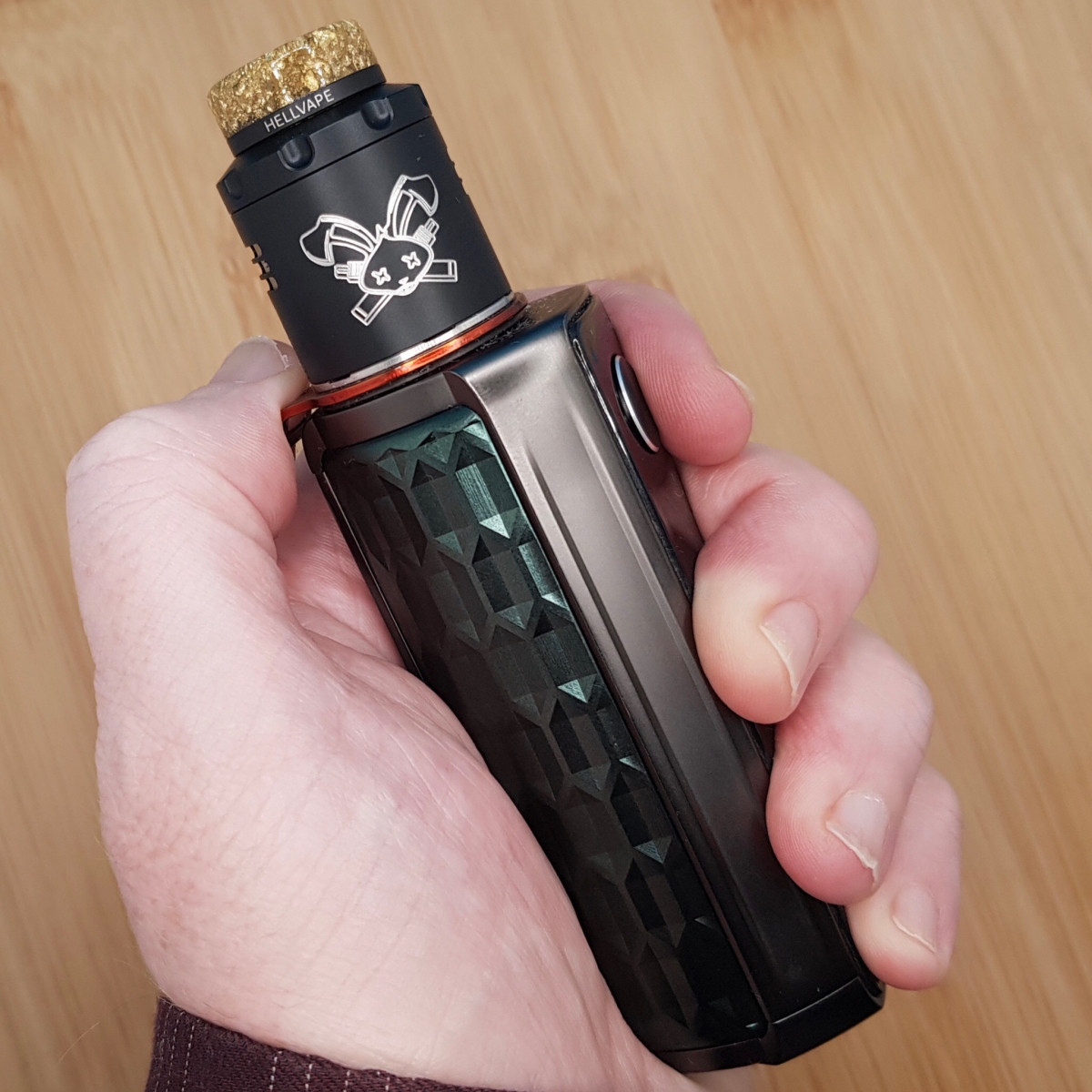