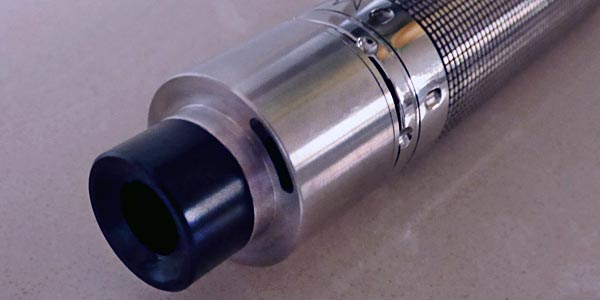 There is a whole secret cult of evil men (a man of your mystical erudition will understand me when I link them with Hastur and the Yellow Sign) devoted to the purpose of tracking them down and injuring them on behalf of the monstrous powers from other dimensions.

The Hastur is the first RDA from CthulhuMod, who brought us the Cthulhu and Cthulhu 2.0 RTA’s. CthulhuMod are based in Shenzhen, China and they are certainly H.P. Lovecraft fans because they name their atomizers and company after creatures that feature in his Lore.

For the record H.P. Lovecraft only actually mentioned Hastur twice and mainly referred to this vile entity as the Unspeakable One or “He who is not to be named”.  It was actually August Derleth who developed Hastur into a Great Old One, spawn of Yog-Sothoth and the half-brother of Cthulhu.

It’s probably not a good idea to mention these names so openly but since I have a review to do I have no choice. Thankfully I have drawn enough Elder signs of protection to keep me safe from the wrath of the Great Old Ones, at least for a short time. Of course only fellow Lovecraft fans will know what I am going on about.

Getting back to reality the Hastur is a top airflow RDA that can cater to both single and dual coil builds. What’s more the Hastur is very reasonably priced considering it is an authentic RDA. 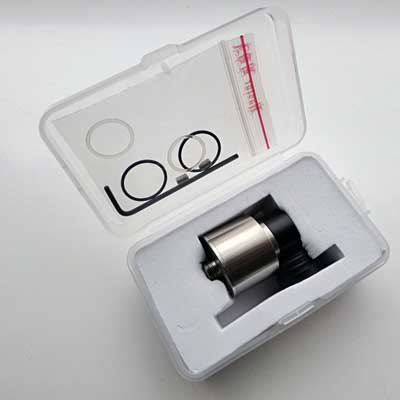 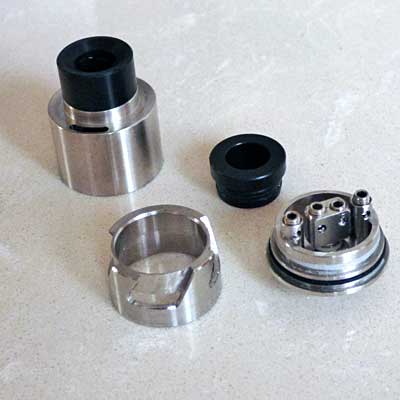 The Hastur is quite a compact little RDA, although not as small as the Mini Freakshow or the Derringer. The individual parts are well machined but I felt that the O-rings could be better. They are durable enough but they don’t grip the top cap as securely as I would like and it makes it just a bit too easy to remove. It’s not a big deal since you could replace the O-rings and on the other hand there may be people who prefer the fact that the top cap is easy to take off.

The deck features a four post design and the negative posts are milled directly into the deck. The post holes are big enough to accommodate most typical builds but you may struggle to get very large coils in there because they aren’t huge. Due to the position of the negative posts you do have to back out the grub screws much further to fit the wire through. The screws are acceptable but I did find they cut the wire on more than one occasion so take care when screwing down.

The design of the Hastur is quite unusual since it uses a bladed deck shield that is fitted before the top cap. The deck shield features Cyclops style air holes but where they differ to other designs is due to the fact that the deck shield has an angled groove for the air to travel along. Since the air comes in from the top it angles downward along these grooves before striking the coil horizontally. Due to this type of design it will really help to minimise leaking.

The air flow can be fully opened up or closed down to suit. The airflow supports both single and dual coil builds. The 510 pin is made from copper so will provide excellent conductivity but keep in mind that it is non-adjustable.

The drip tip and the 510 drip tip adapter make for a very secure fit but it does take a bit of effort to swap them around. The best way is to push directly underneath from inside the top cap. The drip tip does feature a spiral cut design which works to create a vortex like airflow.

The well is fairly deep but not the largest I have come across. It will certainly hold a good amount of juice and you could always drip your juice through the wide bore drip tip if needed.

The Hastur was completely free of machine oil but I did give it a thorough wash just to be on the safe side. The included Allen Key is durable and worked very well with the grub screws. Certainly this made a nice change to the one that came with the Cthulhu RTA that I reviewed since that one was made from jelly. 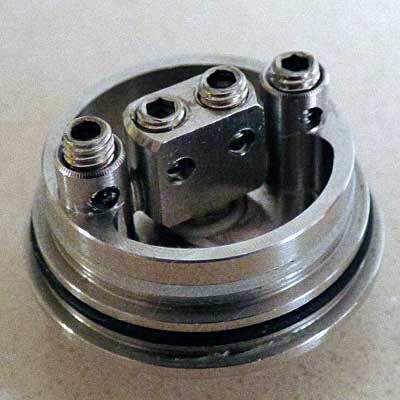 How does the Hastur RDA vape?

My first build in the Hastur was using 26AWG (0.4mm) Kanthal wrapped around a 3mm screwdriver. My final resistance was 0.8ohm and I wicked the coil with Cotton Bacon.

The first juice I tried in it was Colonel Boom’s Key West and I found the flavour to be pretty good. There was plenty of vapour produced but I did find I also got quite a bit of spit back when using the wide bore (chuff) drip tip. Even after adjusting the airflow I still found it to be something of an airy draw when used with a single coil.

My second build was also using 26AWG but this time I made two identical coils with a 3mm diameter. My final resistance was 0.5ohm and once again I wicked with Cotton Bacon. This time I used Black Note Prelude which is a naturally extracted tobacco flavour. I thought that the flavour was very good and although it was still a very open draw it was definitely an enjoyable one!

The spit back did start to bother me and I quickly replaced the wide bore drip tip with the 510 adapter. I believe I used the drip tip from my Sense Herakles because I still wanted a reasonable amount of vapour.

Using the Hastur this way effectively took care of the spit back problem but the downside is that it does understandably reduce the amount of vapour. I gave the Hastur a thorough rinse since I wanted to try it with yet another build and a different juice. This build was done with 28AWG Kanthal and this time I went with 2mm diameter coils, the final resistance being 0.6ohm. Reducing the internal diameter certainly cut down on the amount of spit back and I found I could once again use the wide bore drip tip without too many issues. I was using Manabush Powwow Sauce on this occasion and it made for a very tasty and flavoursome vape with the maple in the mix being heavily boosted which tends to happen with this juice when I run it in a dripper. Also running at quite a low resistance the juice acquired a treacle quality to it which I happen to enjoy.

For those dripper users that like to blow into the RDA first before inhaling it is not advised to do this with the Hastur since due to the top airflow you will end up with a face full of hot vapour.

When you consider the extremely reasonable price for an authentic RDA the Hastur is certainly worth it. It is well built and offers a very flavoursome vape with some good cloud production. The fact that it caters for both single and dual coil builds makes it user friendly for newcomers to rebuildable atomizers.

It does have some slight flaws but since this is the first RDA by this company I can forgive them a lot and the low price also means it really comes down to things you can most likely live with. The screws aren’t the best I have seen but they aren’t the worst either, the top cap is a bit too easy to remove and there is quite a bit of spit back when using the wide bore drip tip if you make your coils too big but beyond that in terms of flavour and vapour this a great little RDA that is certainly well worth trying at this price point. 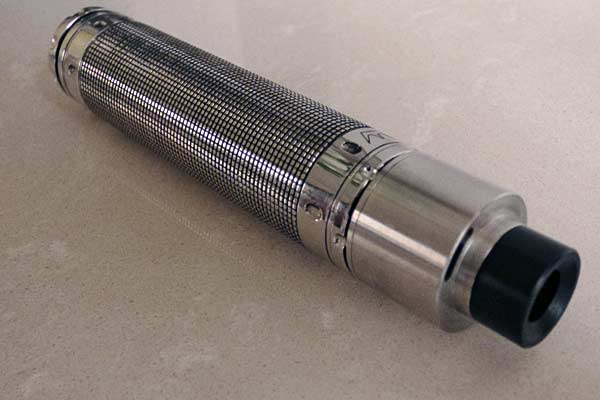