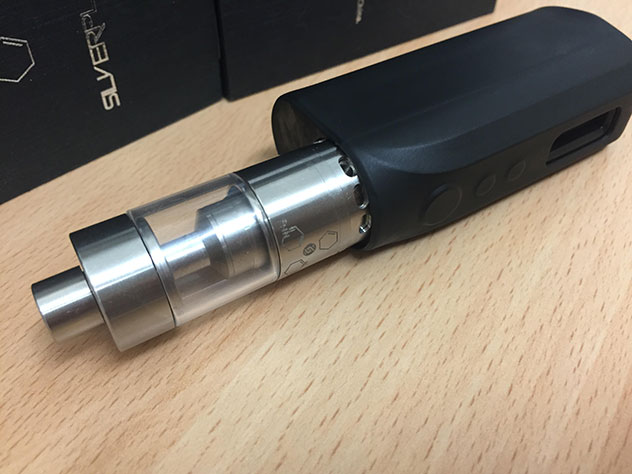 Project Sub Ohm are a renowned US design house, responsible for the original superb Silverplay V1 rebuildable tank atomiser, their own versions of the Mutation X series as well as the excellent Project Sub Ohm Infinite Mini CLT V3 to name but a few stellar releases from these guys. It’s never been the easiest task to get hold of authentic Project Sub Ohm kit in the UK, but thanks to www.vapour.co.uk some of their newest releases are now finding their way to our shores!

The original Project Sub Ohm Silverplay RTA was a huge hit in the US, however genuine stock of this was almost impossible to get hold of in the UK, certainly not without paying extortionate shipping charges, so many UK vapers missed out on what was an outstanding tank. The Silverplay V2 RTA is now available in the UK, at a very reasonable cost, and brings the outstanding features found on the original Silverplay RTA and then some.

Feature wise, the Project Sub Ohm Silverplay V2 RTA is capable of being run in both single and dual coil configuration, sports some massive airflow and with that a huge amount of customizable airflow options, four huge juice channels, the ability to get to your build without needing to drain the tank, the option to fill through the fill hole or by unscrewing the tank from the base and filling through the ports, three different tank options included in the box to customize the look, the ability to interchange parts with Kayfun, Russian and Orchid tanks, and a 4.5ml capacity. The Silverplay V2 is designed to cater to both the flavour chaser as well as the cloud chaser, and to those who mouth to lung or direct lung hit, and Project Sub Ohm include a huge amount of options for you too within the retail packaging unit.

After missing out on purchasing the Silverplay V1 I’ve been massively excited about getting my hands on the Silverplay V2. Let’s have a look at a tank American vapers have been raving about!

I’ll start off with the improvements that Project Sub Ohm have made over the original Silverplay V1:

And here’s the remaining specs for the Silverplay V2:

It comes in a beautiful little presentation box, with Silverplay V2 branding on the outside, inside the box is plenty of goodies: 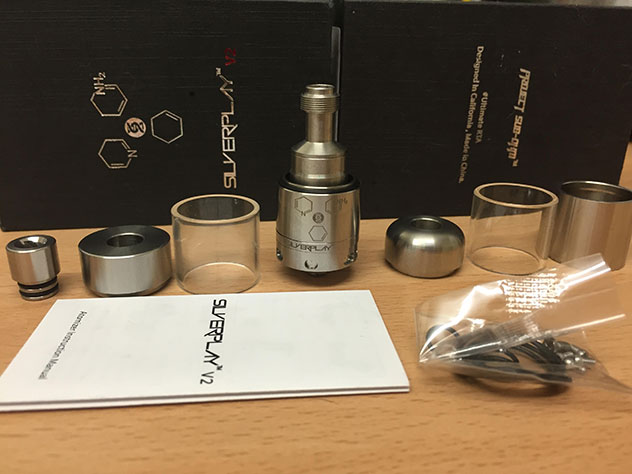 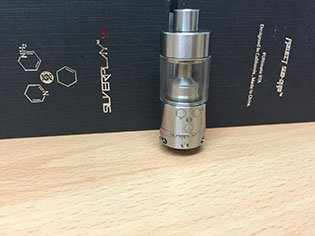 I'll say it right now- the Silverplay V2 is one of my favourite looking atomisers of all time. And one of the best things about it, is that you can customize the looks of it to your own preference with the included spare parts, or if you have Silverplay V1 parts to hand you can use those, or even interchange parts of the tank with compatible Kayfun, Orchid and Russian accessories!

Inside the box you have a squared top cap, which you will find pre-installed with a Pyrex glass tank section, and a domed version. There's also a spare Pyrex glass tank section as well as a Stainless Steel sleeve, so you have four customization options already right out of the box, and it's quick and hassle free to switch these parts around. My own preference is to use it with the domed top cap and Pyrex tank section but everyone will have their own preferences! The Silverplay V2 can be fully stripped down and disassembled, which comes in handy for cleaning. 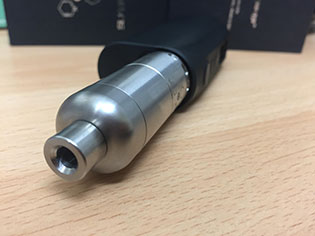 The included shorty drip tip is spiraled inside, to induce vapour swirling, some people may find this a little on the short side for their tastes and if you are worried about your lips coming into contact with the top cap then you can simply switch out the drip tip for a different one. At the base of the Silverplay V2, you'll find an adjustable 510 connector, which comes in very handy when using it with a mod that has a fixed 510 connector.

Tank capacity comes in at a very respectable 4.5ml, however you may find if you are using the Silverplay V2 at high wattage then you will need to refill often. There's two filling methods at your disposal- the traditional fill screw at the bottom of the tank, or simply unscrew the tank section and fill through the exposed fill ports. I don't think the fill screw is necessary due to the fact you can fill the tank fully simply by unscrewing it from the base, but it gives you another fill option. You can also access the build deck as well without needing to drain your tank of juice, which is handy for making adjustments on the fly. 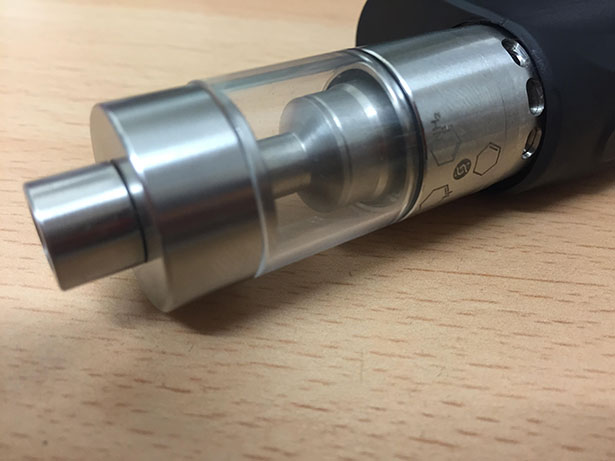 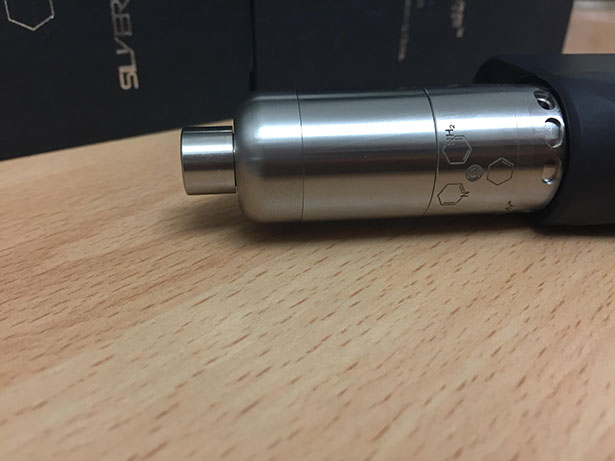 Name your favourite build and chances are it will fit in the Silverplay V2's generously sized build deck, which can also be accessed without needing to empty your tank. It's a four post deck, however the Silverplay can also be used with a single as well as a dual coil. You'll see an airflow slot at either side of the deck, and you just need to make sure that your coils are positioned high and directly over these slots. The post screws are nice and smooth, they aren't sharp either, so you won't need to worry about snapping off your coil legs. Juice channels are huge on this tank and I've had no trouble running high VG juice such as Fallstreak Mammatus through this tank, you do need to ensure you have placed a decent amount of wick in the juice channels however as otherwise you will get leaks out of the airflow slots. As long as their is wick in the juice channels, you'll find the Silverplay V2 to be a very forgiving tank indeed.

Flavour wise, the Silverplay V2 is absolutely outstanding. Even running this tank at 50w and over won't mute the flavour, in fact it will make those flavour notes in complex juices come out even more. It produces fantastic full, deep and rich flavour, that many tanks designed for low ohm builds can't provide at high wattage. I'd go as far as saying it's on par with a lot of the RDAs that I own! 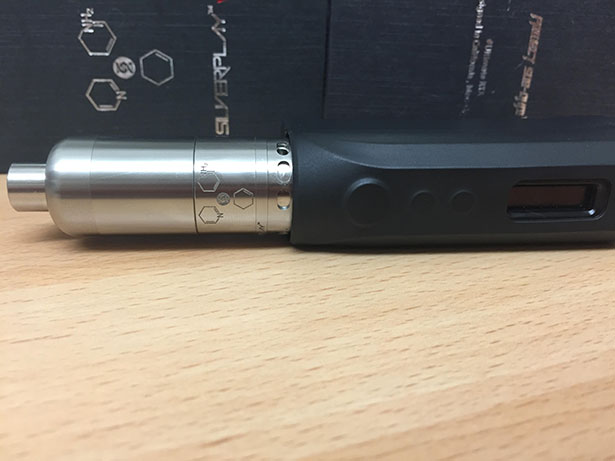 If you love your clouds, then the Silverplay V2 won't disappoint. If you want to run it at high power, it will gladly oblige. With the large juice channels, wicking keeps up perfectly and I've had no fear of dry hits when running the Silverplay V2 at 80w and above. When the airflow is wide open this can blow some serious clouds- huge, dense room filling levels of vapour! 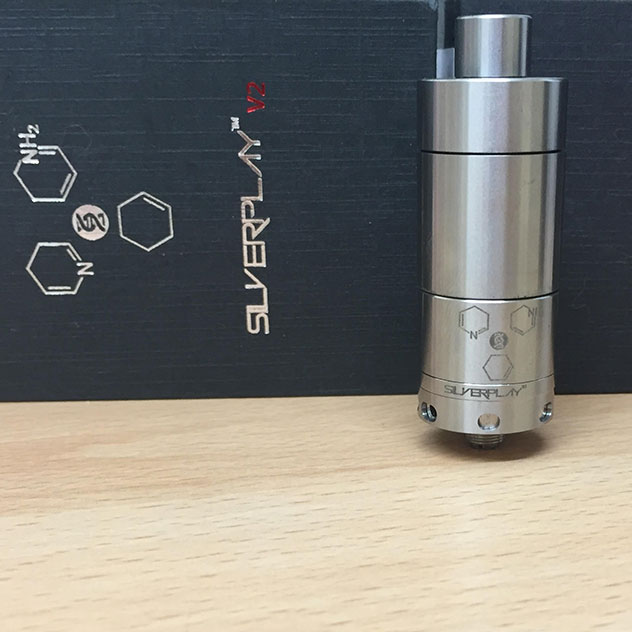 I can't stress enough that the Silverplay V2 is just a quality, all round rebuildable tank atomizer. It's a stunning tank, one of the best looking around, with the added bonus in that the look of it can be greatly customized to suit your own tastes.

Performance wise, the Silverplay V2 is just out of this world good. Flavour and vapour production are incredible, you can mouth to lung or direct lung hit it, and it offers extremely rewarding results each time.

I'm actually running out of superlatives for this tank, it's that good, all I'll add is that if you were considering buying this tank, just go out and do it!

The Silverplay V2 is available from www.vapour.co.uk, where you can get 10% off using POTV as the discount code! Vapour.co.uk have also donated one of these little beauties to giveaway, to have a chance at winning the #UltimateRTA enter through the competition here!  The competition is open until the 7th December. 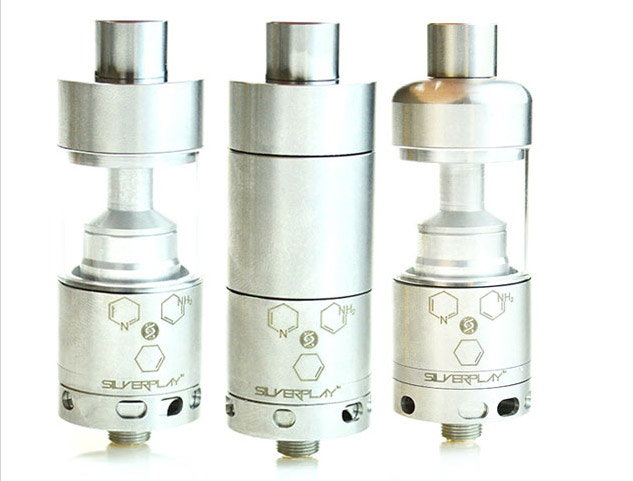