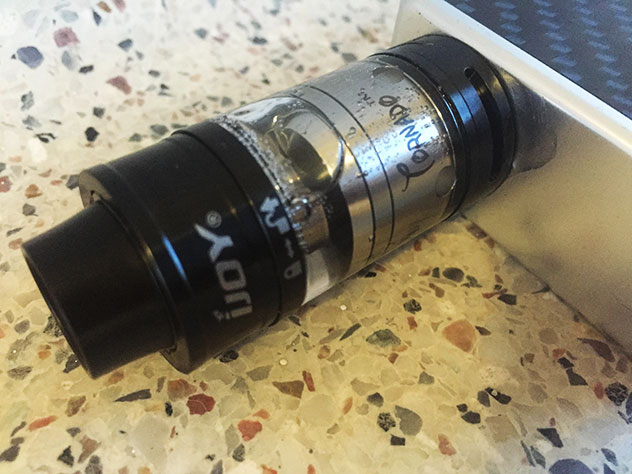 The iJoy Tornado is an RDTA styled 24mm rebuildable tank that positions itself in the market as the most high performance tank available to date, with two 17.8mm build deck options with wide juice channels, and two rebuildable deck options that are capable of extreme high power, right up to 300W as iJoy state! The iJoy Tornado is all about extreme performance and huge vapour production.

Also featured is a 5ml juice capacity, iJoy’s signature innovative slide and lock gasket side filling mechanism that was also previously found on the iJoy Limitless RDTA has been utilized with the iJoy Tornado, a solid 304 stainless steel construction, wide bore delrin drip tip and a 24 carat gold plated 510 connector pin for maximum conductivity. Alongside an additional deck capable of handling a six coil build, Tornado ITS and TSS pre built coils are also available for purchasing separately.

iJoy had a great hit with the Limitless RDTA, will the Tornado enjoy the same success? Let’s find out!

A tank capable of handling the sort of extreme wattage the iJoy Tornado is marketed to be capable of needs to be robustly built, and thankfully the iJoy Tornado is a really well made tank. It’s constructed of 304 Stainless Steel, with a thick Pyrex glass tank section, and PEEK insulators are used to help withstand the extreme wattage this tank can be subjected to, with a wide bore delrin drip tip to ensure minimal heat travels up to your lips. You can use your own drip tips with the 510 drip tip adaptor iJoy have handily included in the retail box. A 24k gold plated connector pin is used in order to minimize voltage drop and maximise conductivity. Rather annoyingly, this pin is fixed and actually sticks out quite far from the 510 connector itself, which gave me difficulty getting a flush fit on a few of my mods with shallow or fixed 510 connectors. 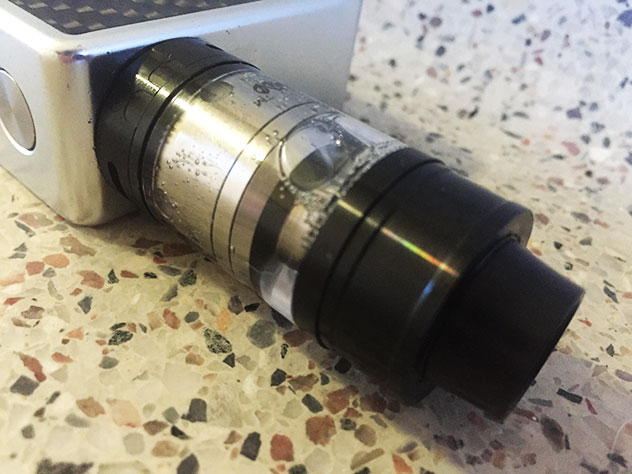 iJoy’s trademark slide and lock gasket side filling mechanism is present here, which was a feature I also came across with the Limitless RDTA, essentially you rotate the top cap to reveal the side filling port, and rotate it back until it locks when you are done filling. For bottle nozzles, the fill hole is a perfect size, however for glass dropper bottles you need to fill slowly and carefully, otherwise it becomes a bit of a messy experience. 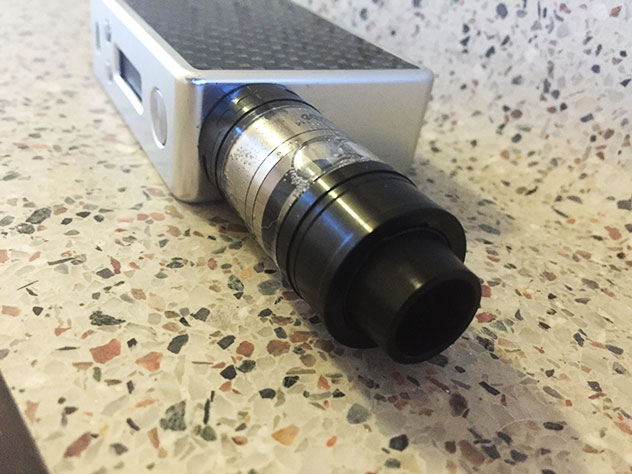 To accommodate the large size of the build deck and the 5ml capacity, the width of the tank is 24mm which is becoming more prevalent in the industry these days, as the extra width means you have more build space. The iJoy Tornado isn’t awfully tall however, so it isn’t a particularly large tank all in. Looking at it you can definitely see this means business! 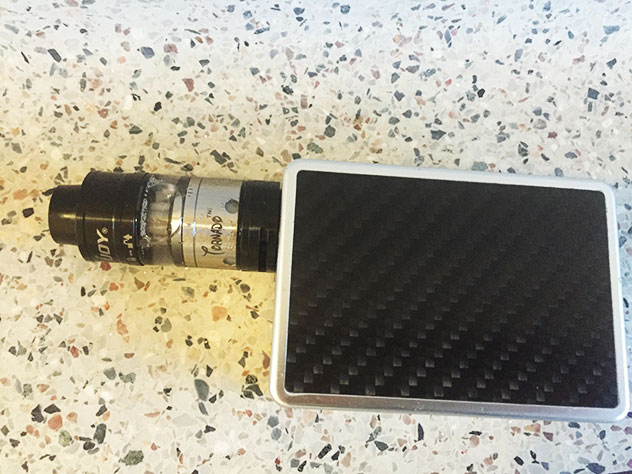 The build deck fitted with the iJoy Tornado as standard is called the T4 deck, and as you would expect from a tank like this it offers a whole lot of room, two posts with huge post holes and giant wicking channels to allow to fast wicking, which believe me you will need when pushing this tank to its limits. At either side of the deck is a wide 5mm air hole which draws in a huge amount of air to help produce those phenomenal clouds this tank is very much capable of. A small issue I noted here was that the deck pops loose when you unscrew the tank, and it seems to spin freely whilst you are trying to build on it, which can make rebuilding a bit of a pain.

A second deck is available to purchase separately for the iJoy Tornado, called the T6 deck, and this adds another couple of post holes, making for a total of three on each post, and this allows you to fit an astonishing six coils horizontally into the build deck! iJoy say that this is required to reach the 300w maximum that this tank is touted as being capable of, so high power fans might want to keep an eye out for that one... 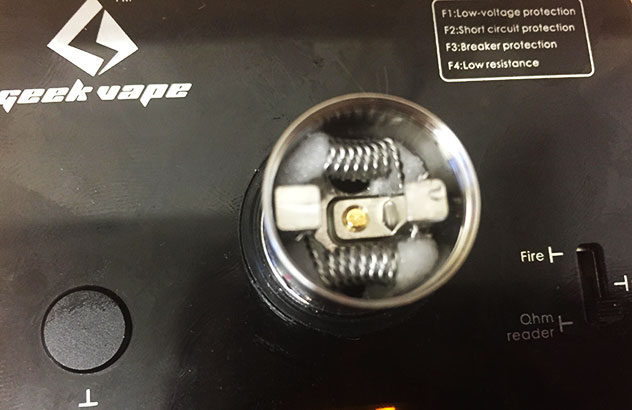 Chasing clouds? Then you need big airflow and this is something very much present and correct on the iJoy Tornado. You have two huge adjustable airflow slots each measuring a whopping 15mm by 2mm that offer one of the airiest draws from a rebuildable tank to date. Coupled with the wide bore drip tip, this offers a very airy draw especially when the airflow is fully open, that some users may find takes some getting used to. The airflow system also circulates around the deck helping to reduce heat in the tank during heavy usage. 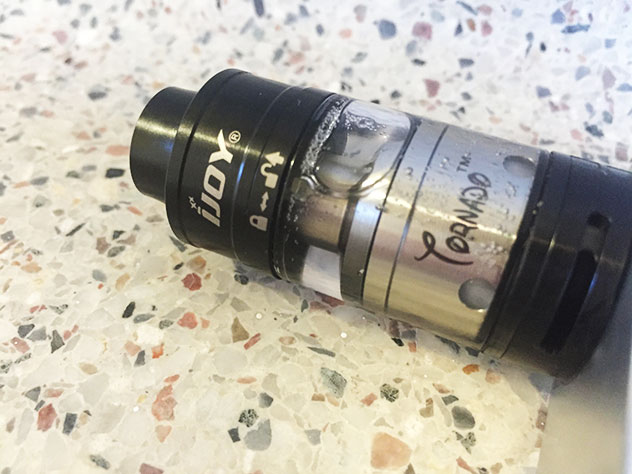 You want clouds? You need an iJoy Tornado. This thing just produces ridiculous clouds, with huge density, the more open you have the airflow and the more wattage you are firing through it, the more ridiculous your clouds get. It does get awfully hot at high wattage however, both the tank and the vape itself, I took my own build right up to the 200W maximum on my Efusion DNA200 and although the clouds were pretty huge, I couldn’t vape on it long enough to draw in plenty of vapour at this sort of wattage. Dialling it down to a more ‘respectable’ 140W meant I could take longer inhales, and thus produce crazier clouds. And crazy these clouds are, we are talking complete room fillers here... 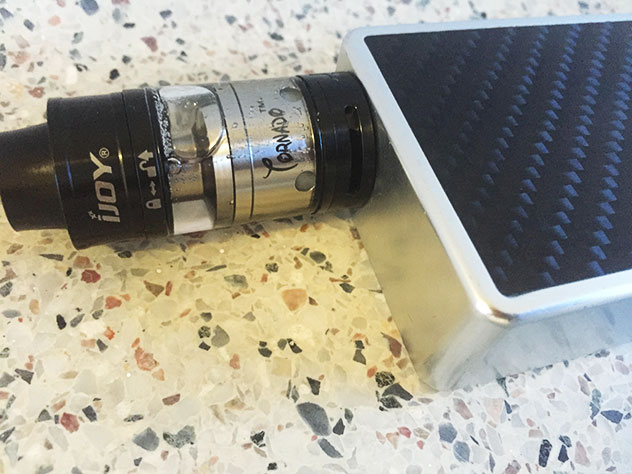 Moving onto flavour, and I didn’t expect an awful lot from this high wattage cloud machine. How wrong I was, as long as I kept the wattage in the 55-90W region, the flavour was surprisingly very good, and not too hot as to be uncomfortable. I was pleasantly surprised by this, however as I expected when taking this tank up to more extreme levels of wattage flavour became very hot, muted and almost negligible. As long as the wattage is kept at a more respectable level, this will reward you with some excellent flavour results alongside it’s incredible clouds.

Given the size of the wicking channels on the T4 build deck, I expected the iJoy Tornado to be a wicking machine, and I wasn’t disappointed. It kept up when chain vaping even max VG liquids, with no dry hits, which is the last thing you want when the wattage reads three figures on your mod. It’s very thirsty however, which you would expect from a tank that wicks as well as this does, and one that is capable of handling immense wattage.

iJoy are really starting to position themselves as a major player in the extreme wattage RDTA end of the market, with the iJoy Limitless RDTA being a quality release and the iJoy Tornado is another cracker from the iJoy stable. What you have here is a tank capable of withstanding some pretty incredible wattage, that provides clouds on a level many other rebuildable tanks can’t compete with, with a deck that is easy to build on and offers loads of different options, and the surprising thing for me was that the flavour was really good as well, provided you don’t take the wattage up too high!

The iJoy Tornado is a stormer of a tank and if you do vape at high wattages and love your clouds, this tank needs to be a part of your collection as there isn’t much else out there quite like it at the moment. It has to be amongst the very best out there for extreme wattage performance, and it truly delivers quite spectacular clouds accordingly as well. 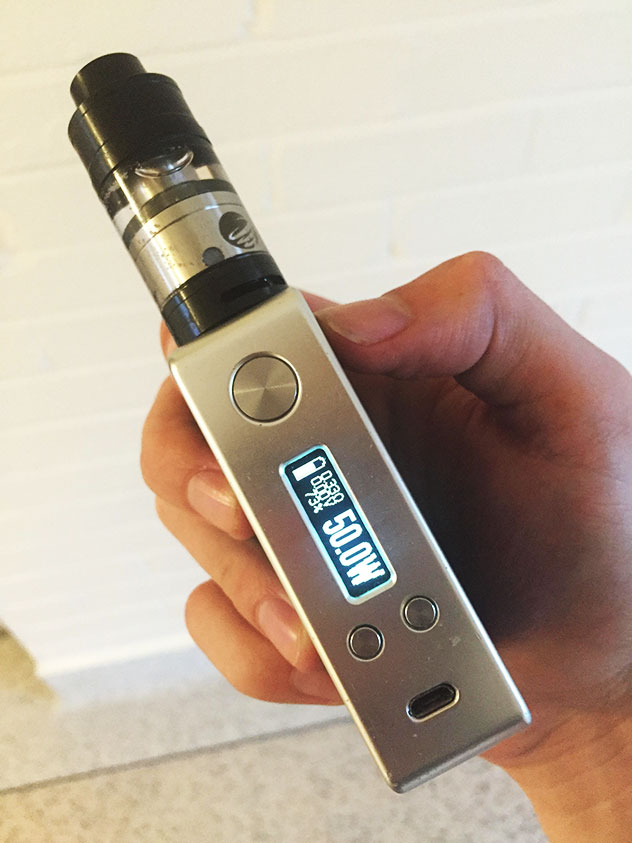