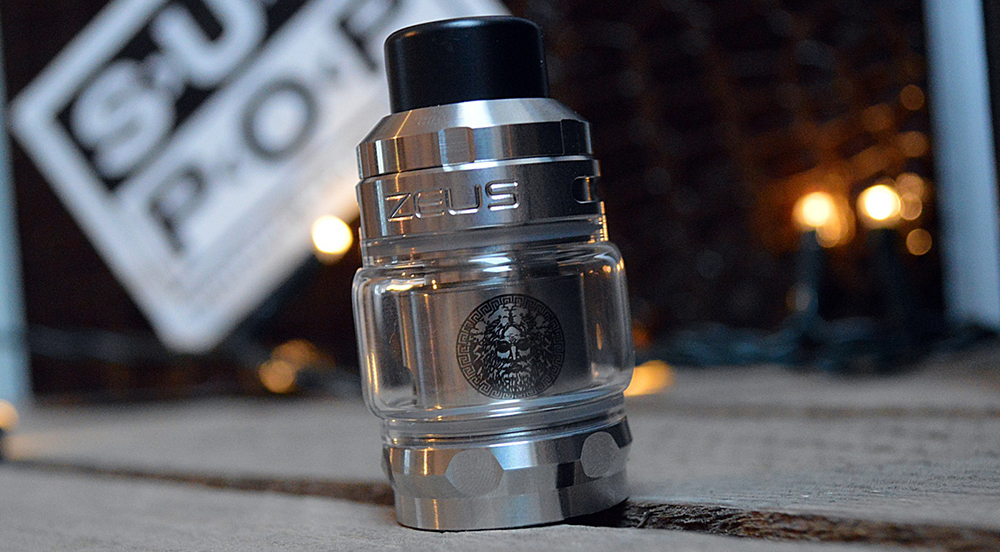 The guys at Geekvape know what they are doing when it comes to making sub-ohm beasts. With the highly anticipated Zeus series, you can sub-ohm your heart out. Mix in a bit of the legend and bring on the power of the Zeus! 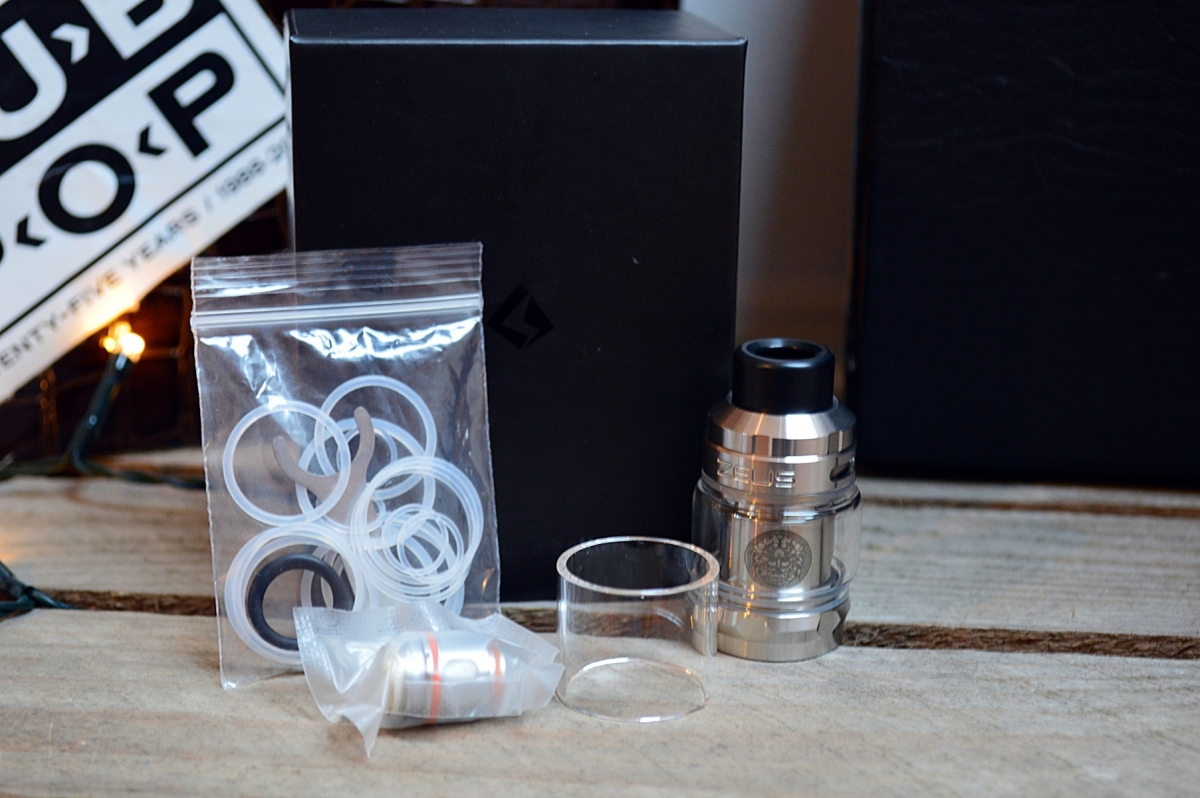 The tank comes in six different colours, black, stainless steel, blue, gold, rainbow and gunmetal, all beautifully finished and designed. The retail price is $35 or £29.99, a nice price for a decent tank.

The tank has a 5ml glass bubble with an extra spare glass which carries the standard TPD 2ml of juice.

As always, at the bottom of the box is the user manuals along with a warranty card. My version came in an official sample for review box, which is a great idea and will hopefully stop people flipping their pre launch goodies. 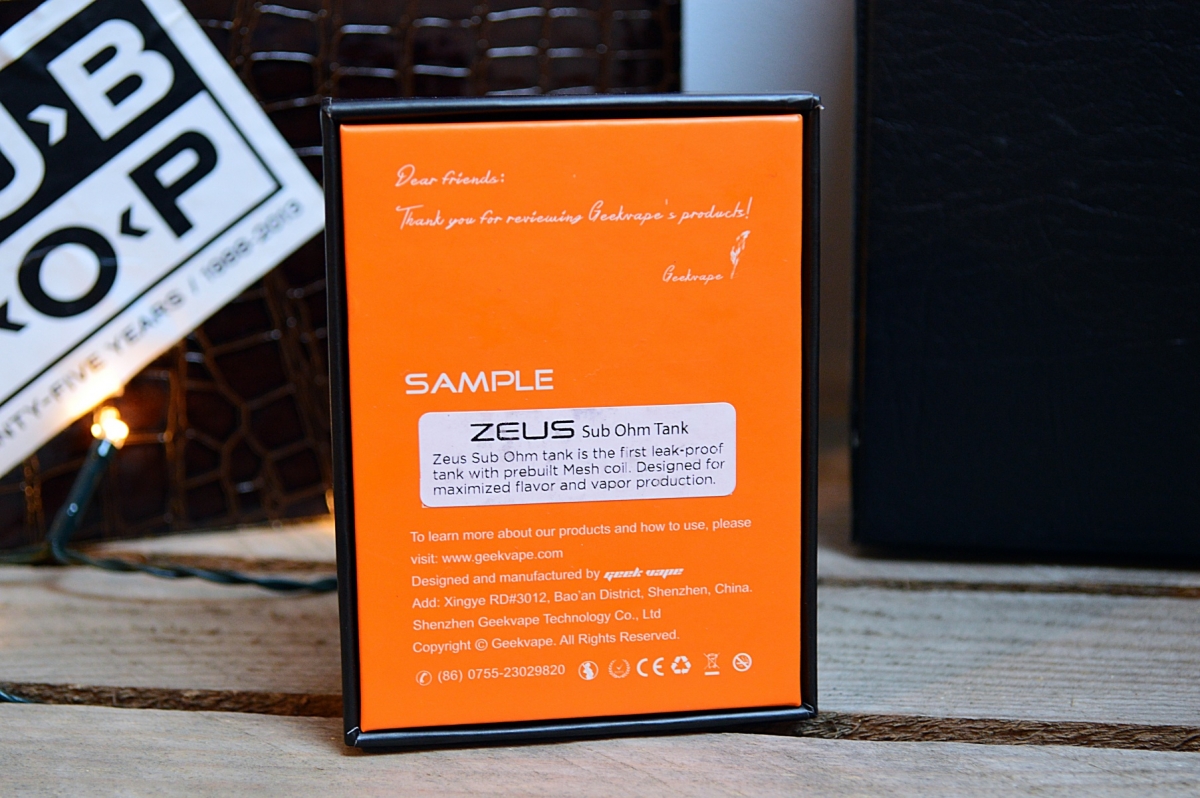 The top cap twists off so is the same method as the previous Zeus X. It’s nice and smooth, as is the airflow control ring which can be taken off to break the tank down for cleaning. You can easily disassemble the whole thing with no issues, and it is easy to change the coils at any point, just give it a pull and out it comes.

The tank size is nice and not too bulky. I did opt to change the drip tip to one better suited to dripping as I felt it would fit the bill nice and it did, no problem. It is not too bulky which is always good.

So I tried the tank in numerous stages:

60W – I went big straight away with the high watts. It was great straight off the mark. The coil was well-saturated and kept up very well!

When priming the cotton, it took about five minutes before the flavour really came through fully. Something which I have found on previous mesh coils is that it does not too long before you can start vaping, however this one takes slightly longer, maybe because it was so compact. The coils are smooth but with the 0.4Ω coil, I did think that the performance dropped off towards the end of the first week. I had to alter the wattage down to give a better flavour and reduce the harshness on the back of the throat. Of course this will change depending on the recipe of your chosen juice, obviously sweeter ones will gunk things up faster.

The airflow is great and really does enhance the flavour. It is loud, and I mean loud, as was the previous Zeus, but it has a nice airy feeling. The airflow when fully open is not too much, but I would advise having it slightly closed. This is a sub-ohm tank so you need high VG e-liquid. 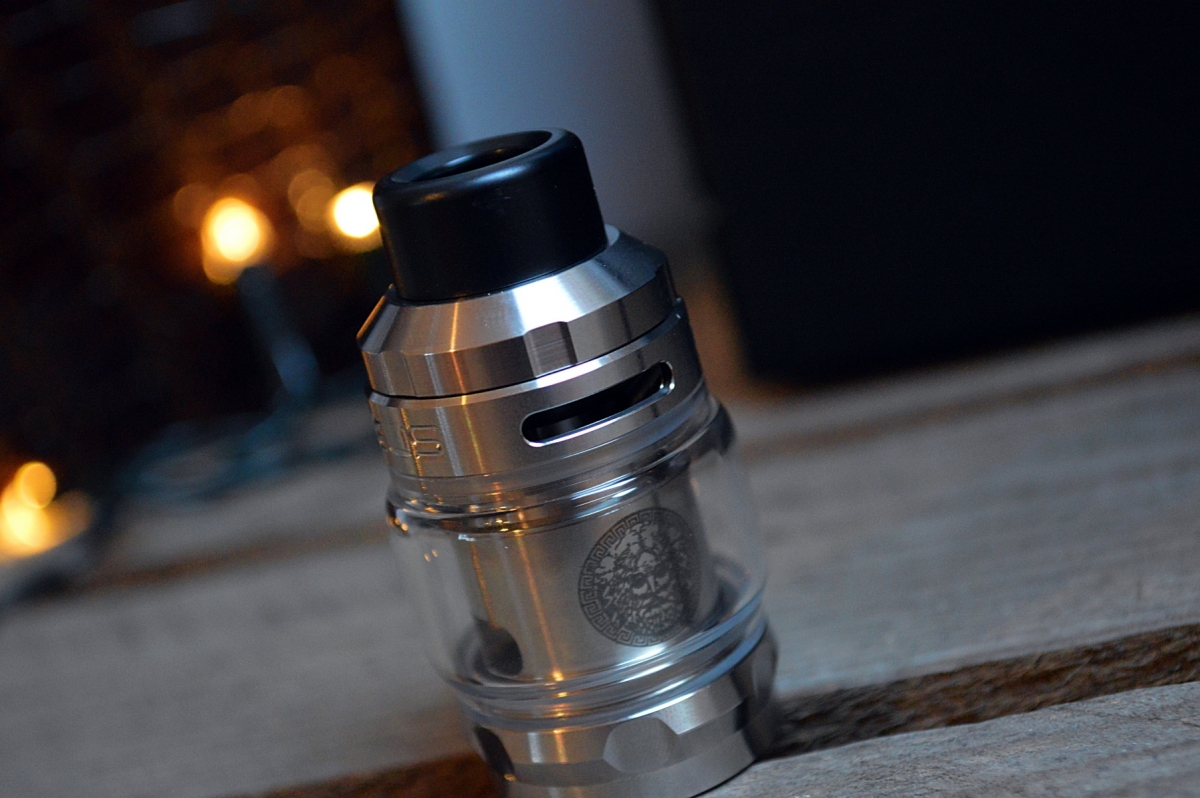 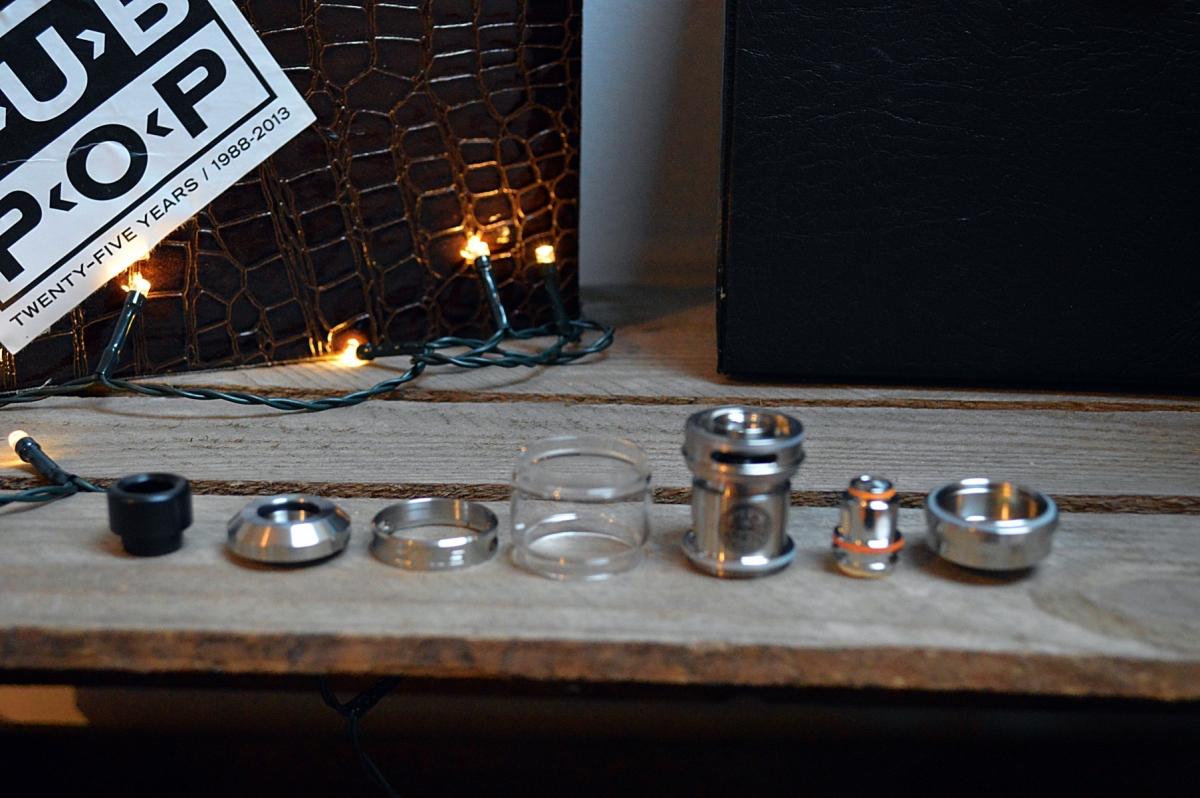 I knew this was going to be released for a while, but I was told to keep hush and that it was in the making. That was all I knew though, but I heard good things about the R&D department at Geekvape and now it is here, it's wicked. It is simply a great tank to have in your kit pile.

I’ve used this tank for over two weeks now. The coils are great and I love the push fit. Now the coil lasted a good week before I had to crank it down to a much lower wattage so i didn’t get a burn. I’m torn whether it is the coils or the sugary liquid, who knows. The coils are great for both flavour and clouds, and I'd recommend anyone try them.

Now would I buy it? Yeah, I would. I’m a big fan of GeekVape products and have been for ages, they build quality and they really do put every effort in to the community so they can experience the true vaping industry. If you are in to the Zeus Series, this one is a must buy. 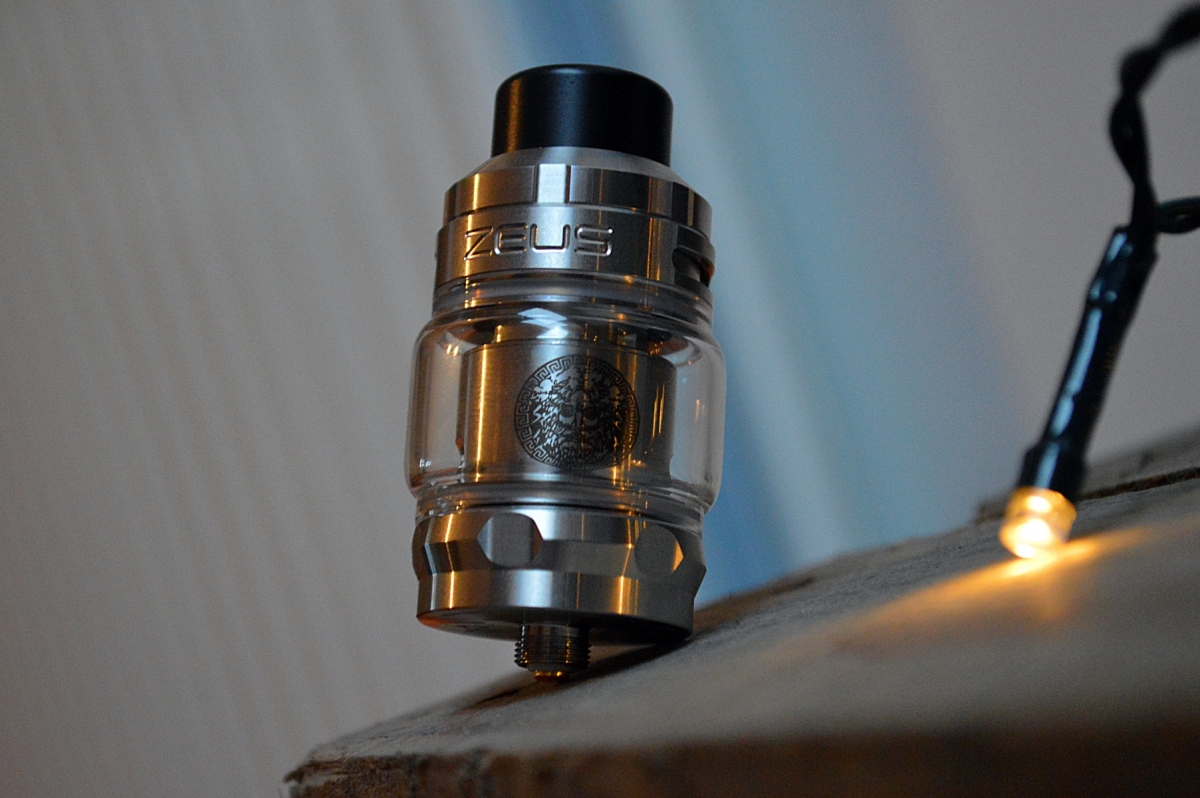