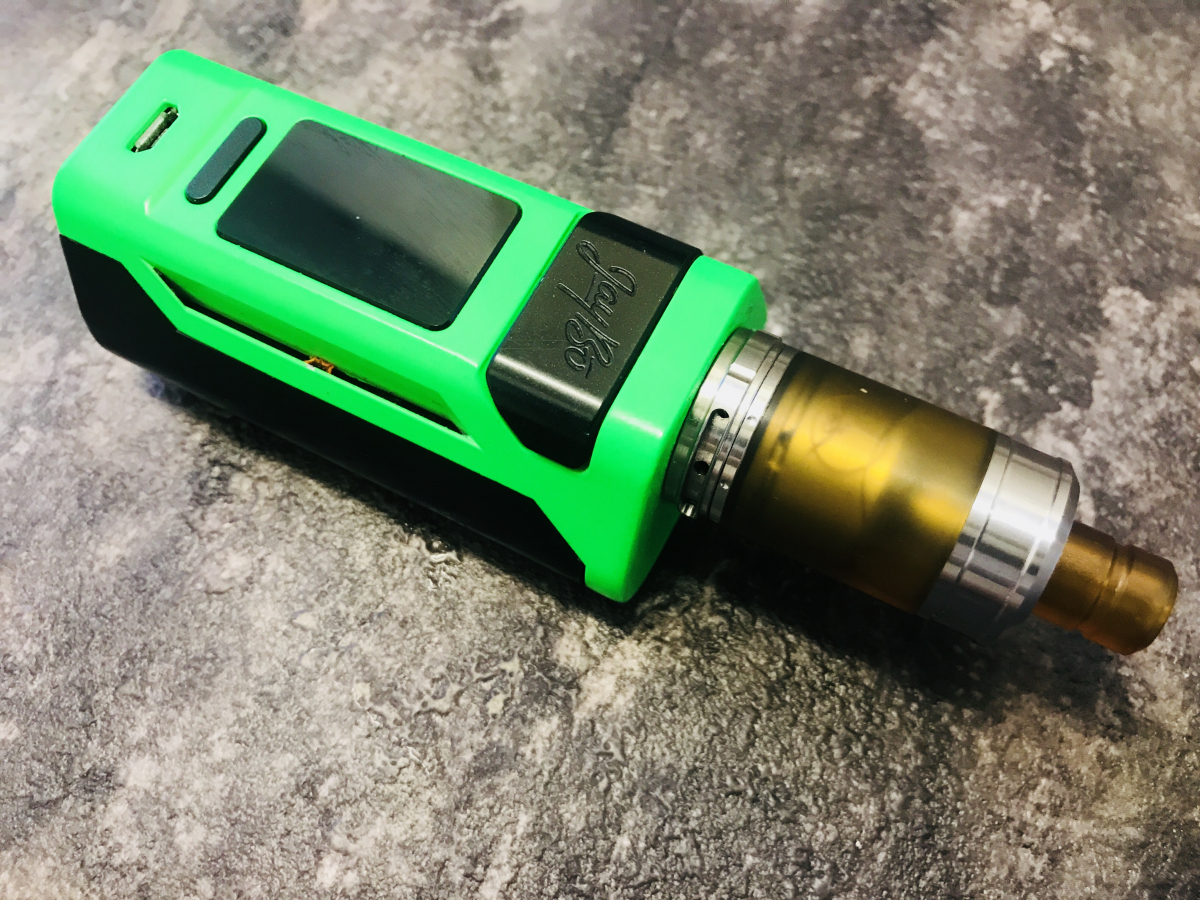 Designed and manufactured in Greece, the Calix series of Rebuildable Tank Atomisers from By Leo have been a firm favourite with mouth to lung vapers for many years now, and By Leo have just released the fourth version of the Calix RTA, named the Calix V4.

Originally founded in 2009, the first product to come out of the By Leo stable was the eBaron RDA - named after the owner of House of Liquid who first brought By Leo products to market in the UK. The Calix V1 followed shortly after, and whilst work began on the Calix V2 a very unfortunate accident resulted in the passing of the original founder, Leo, and Billie, Leo’s son, assumed control of By Leo, who oversaw production of the Calix V2 and V3.

2018 brings the release of the Calix V4, almost ten years since By Leo was founded. It features a top filled TPD compliant 2ml capacity, constructed from SS304 with an Ultem tank section and drip tip, and it also has many revisions over previous Calix models.

There has been a bit of a mini mouth to lung revival in the vaping market recently, with many mouth to lung devices becoming popular choices, does the Calix V4 have what it takes to stand out from the rest? Let’s find out...

The Calix V4 comes very well presented in a black presentation box featuring the ‘By Leo’ logo and as well as the Calix V4 RTA you get an Ultem Drip Tip, optional Ultem top cap, a bronze separator, longer post screws and spare o-rings. 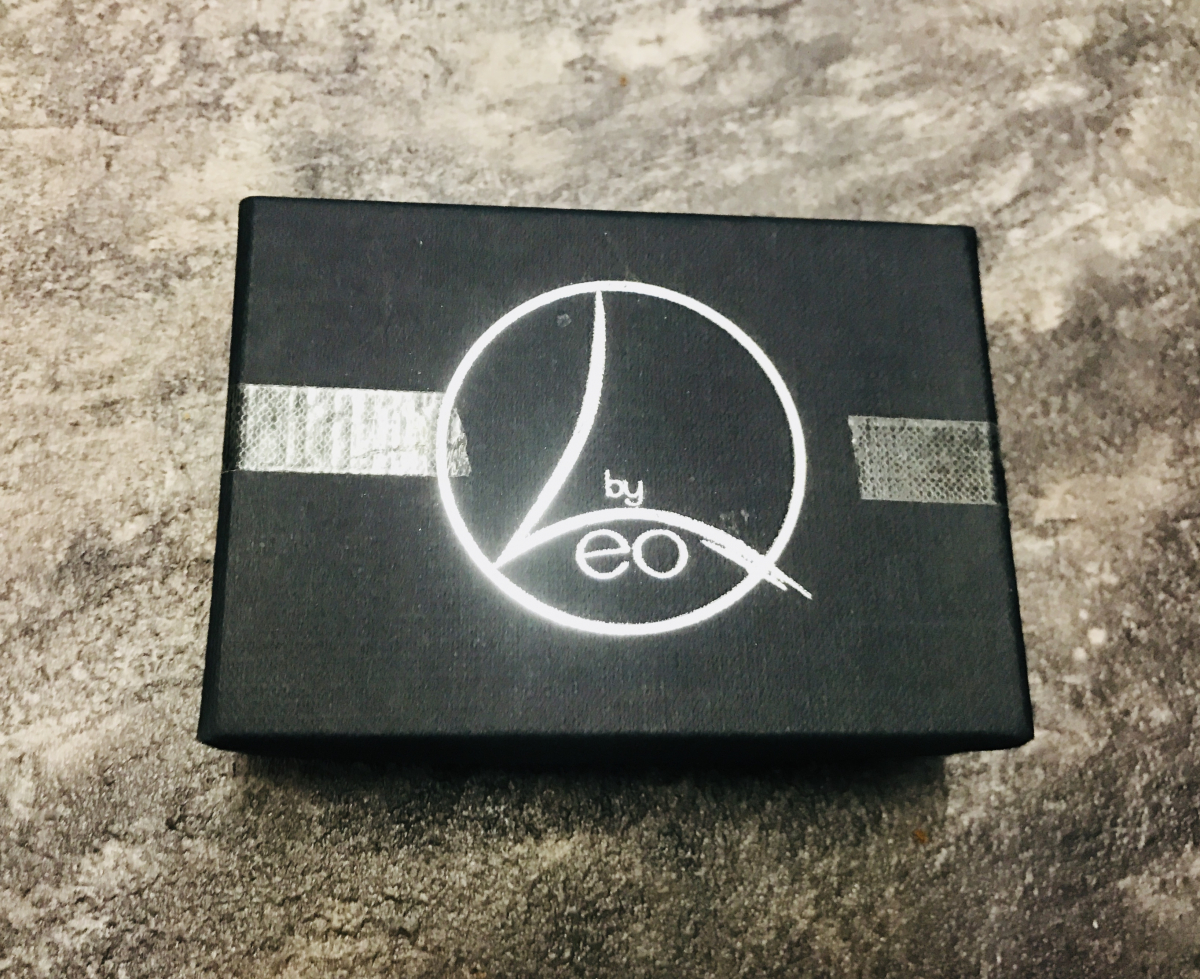 Manufactured from Stainless Steel 304L with an Ultem tank section, the Calix V4 is a beautifully designed and engineered rebuildable tank atomiser that looks absolutely stunning! It's flawlessly built too, with not a single flaw present on the Calix V4, and all the threading is perfectly smooth with no sharp edges or machine burrs found on the tank at all. 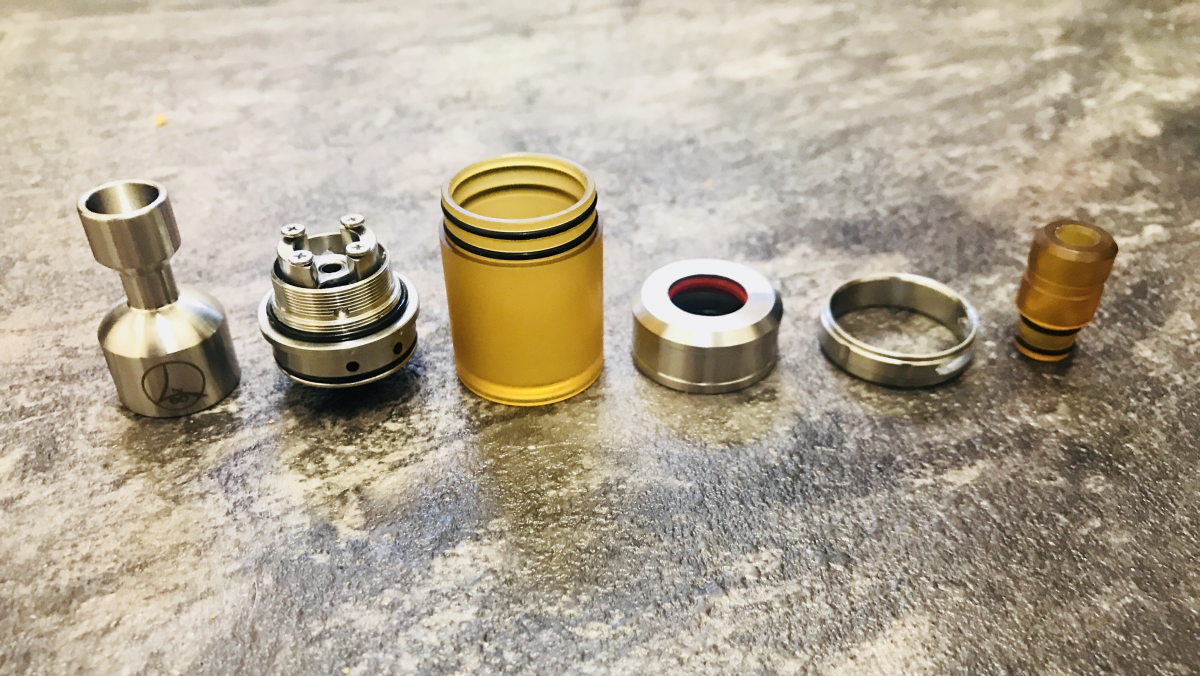 With a 22mm width, the Calix V4 sits nice and flush on pretty much any mod I have used it on. It does have a fixed 510 connector, which has been redesigned following issues with 510 O-ring failures on previous Calix models, and the 510 connector is far more secure and leakproof than it was in the past. Even though the 510 connector is fixed, you shouldn't find that you have connection issues between mod and atty unless your mod of choice has a particularly deep, non-adjustable 510. 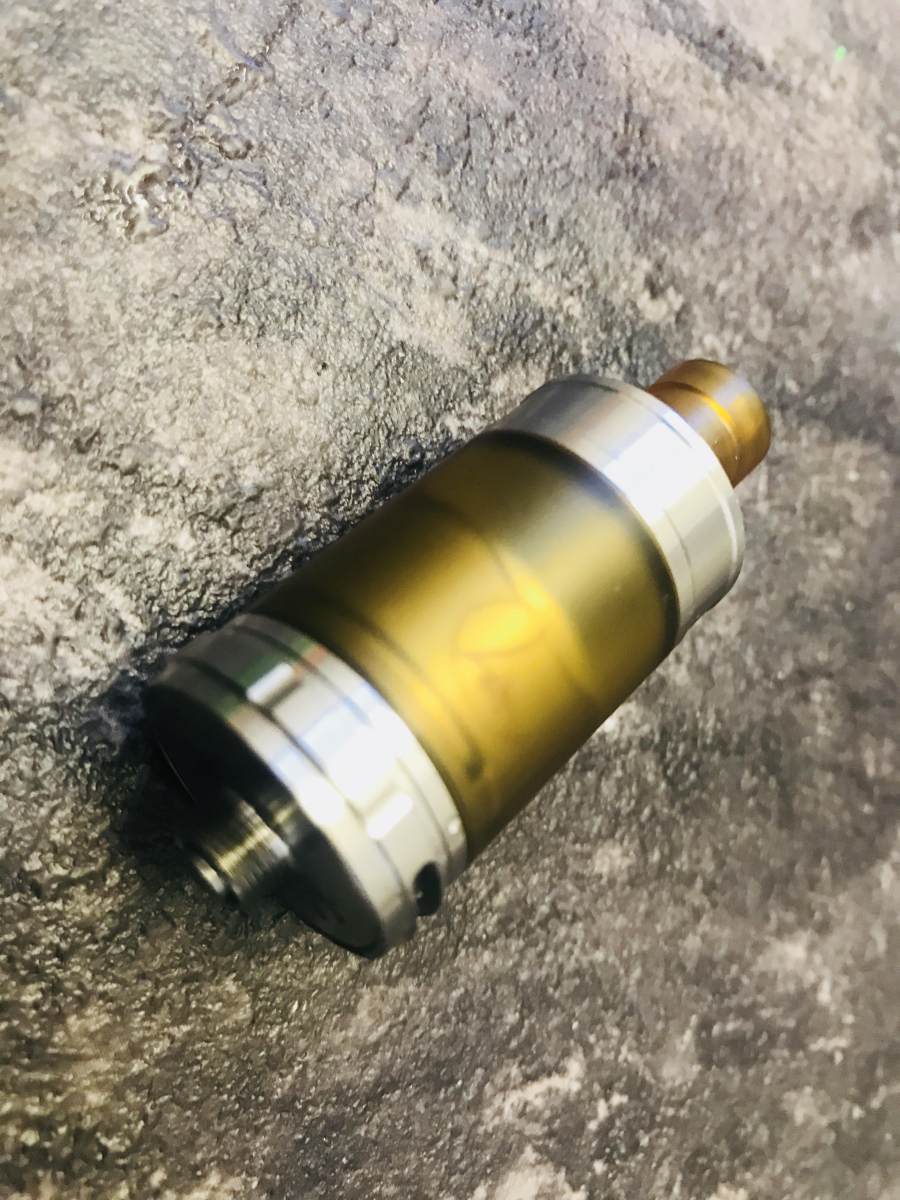 Capacity of the Calix V4 is a TPD compliant 2ml, and it features a very user friendly refilling system, along with juice flow control which must be closed off before filling to avoid leaks. The top cap is held onto the Ultem tank section by o-rings, so it simply pops on and off. If you find that the top cap is too stiff, simply apply VG to the o-rings on the Ultem tank section. With the top cap off, you'll be able to quickly and easily fill the Calix V4. After filling, open the juice flow control back up to your desired setting and vape away!

Also included in the box is an Ultem top cap, so you can go for an almost full Ultem look along with the tank section and the drip tip. The drip tip is 510 threaded, so if this isn't to your tastes you can remove it and swap in a new one if you wish to do so.

The Calix V4 features a deck which is comprised of an SS cup, with four post screws present, and the SS cup can be loosened and repositioned to suit your building needs. Just make sure that if you do move it, it is tightened down again afterwards! The deck offers options for single and dual coil builds, and offers quite a generous amount of space. 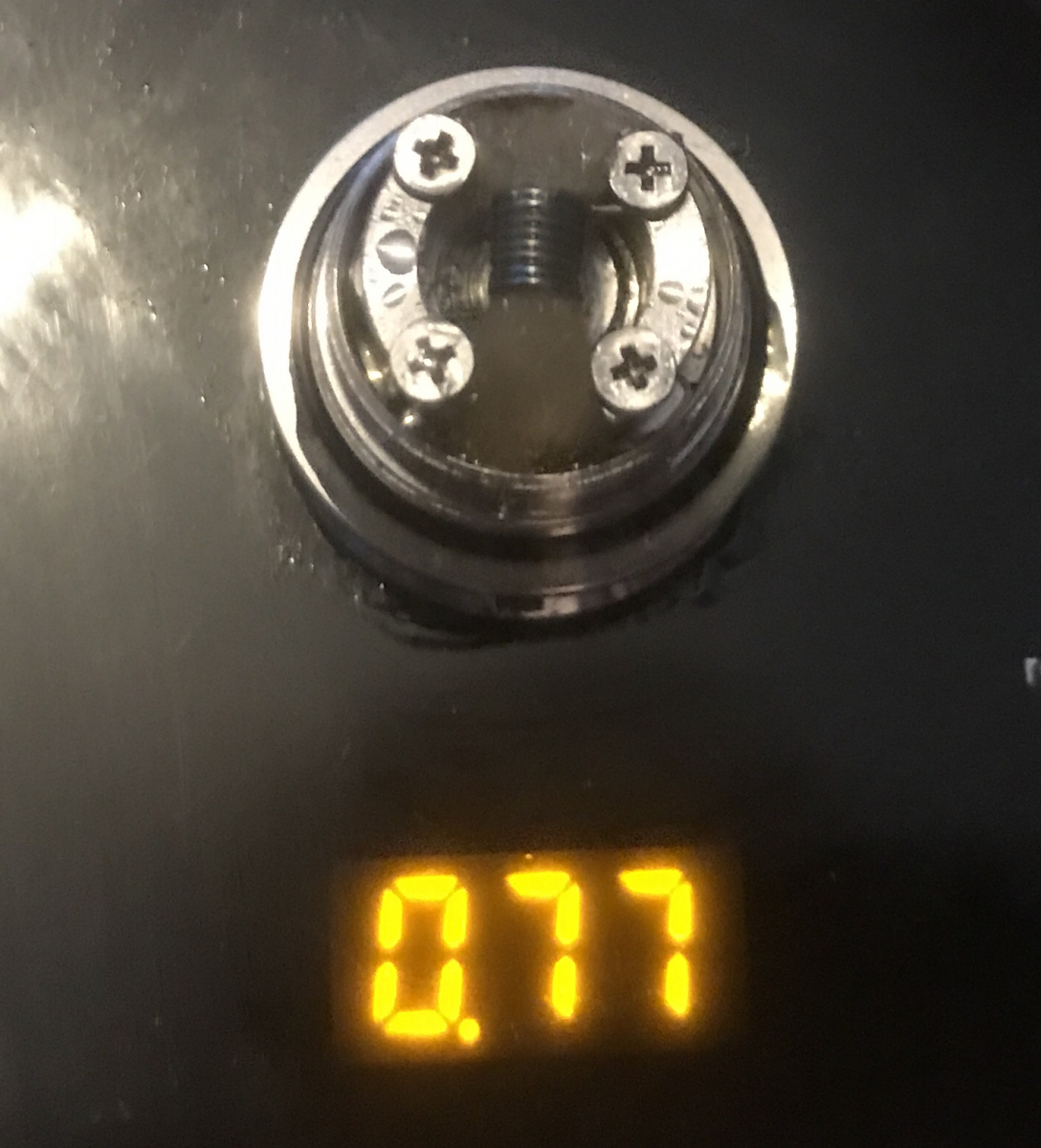 I found that the default post screws are quite short, so if you are intending on using wire thicker than 0.4mm, or wanting to install a clapton coil build for example, you will need to swap the default post screws out and install the longer screws included in the spares bag. It's very easy to install your coil, and depending on where you have positioned the SS cup, the wick tails are placed on the top of the juice feed holes or away from them. 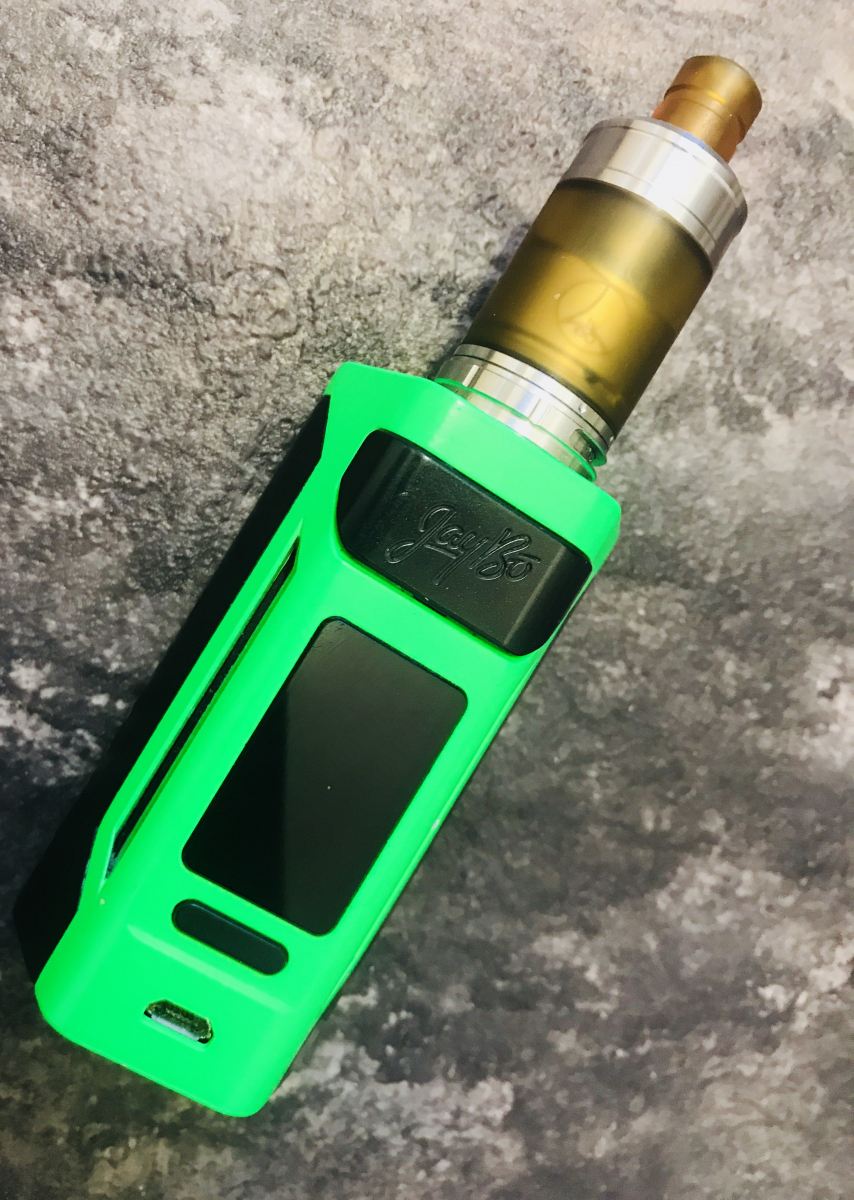 The Calix series of atomisers have always been designed with a tight mouth to lung draw in mind to provide intense flavour, and the Calix V4 is the best one yet when it comes to that! It has an amazingly smooth and quiet draw, that delivers some quite superb flavour. Each time I took a draw, I got the full flavour profile from my chosen E-Liquid, with every flavour note present. To get the very best from this, long and slow draws provide the best experience, rather than shorter ones. A pleasing amount of dense vapour is produced as well, without the Calix V4 becoming too rowdy! 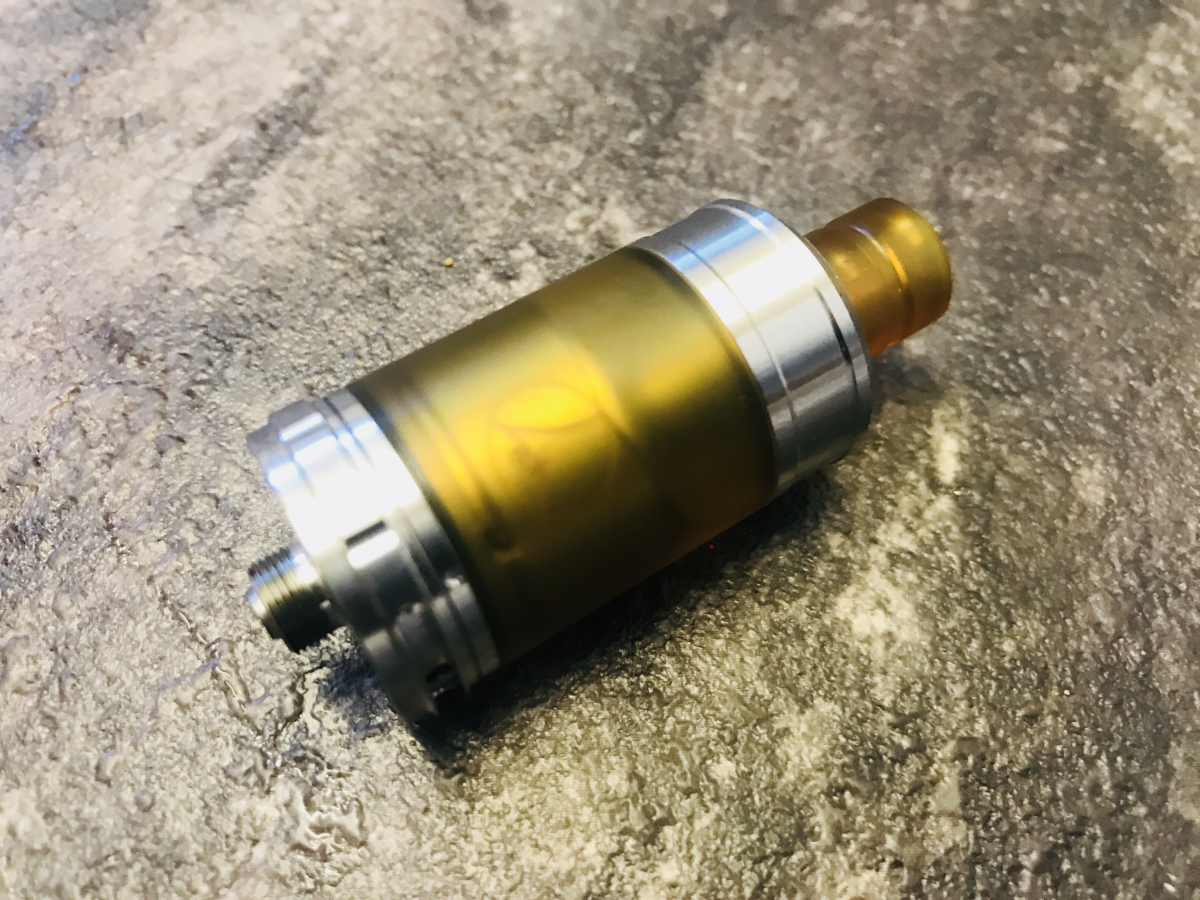 With the capacity set at 2ml to be compliant with TPD regulations you will need to refill the Calix V4 fairly often if you are using it heavily, even with high resistance, low wattage mouth to lung builds. This is a testament to how well it wicks as well though, I've tested the Calix V4 with up to 100% VG E-liquid with no leaks and no dry hits. The juice flow control works extremely well to cut the risks of dry hits or leaks almost completely!

If you are in the market for a mouth to lung atty built for pure flavour, than the Calix V4 is definitely one that I would recommend. It boasts exceptional build quality, with a tremendously flavourful vape, and airflow options for those that prefer a tighter vape. By Leo's Calix V4 is one of the top atomisers out there in terms of flavour, and you definitely get plenty of bang for you buck from your investment! 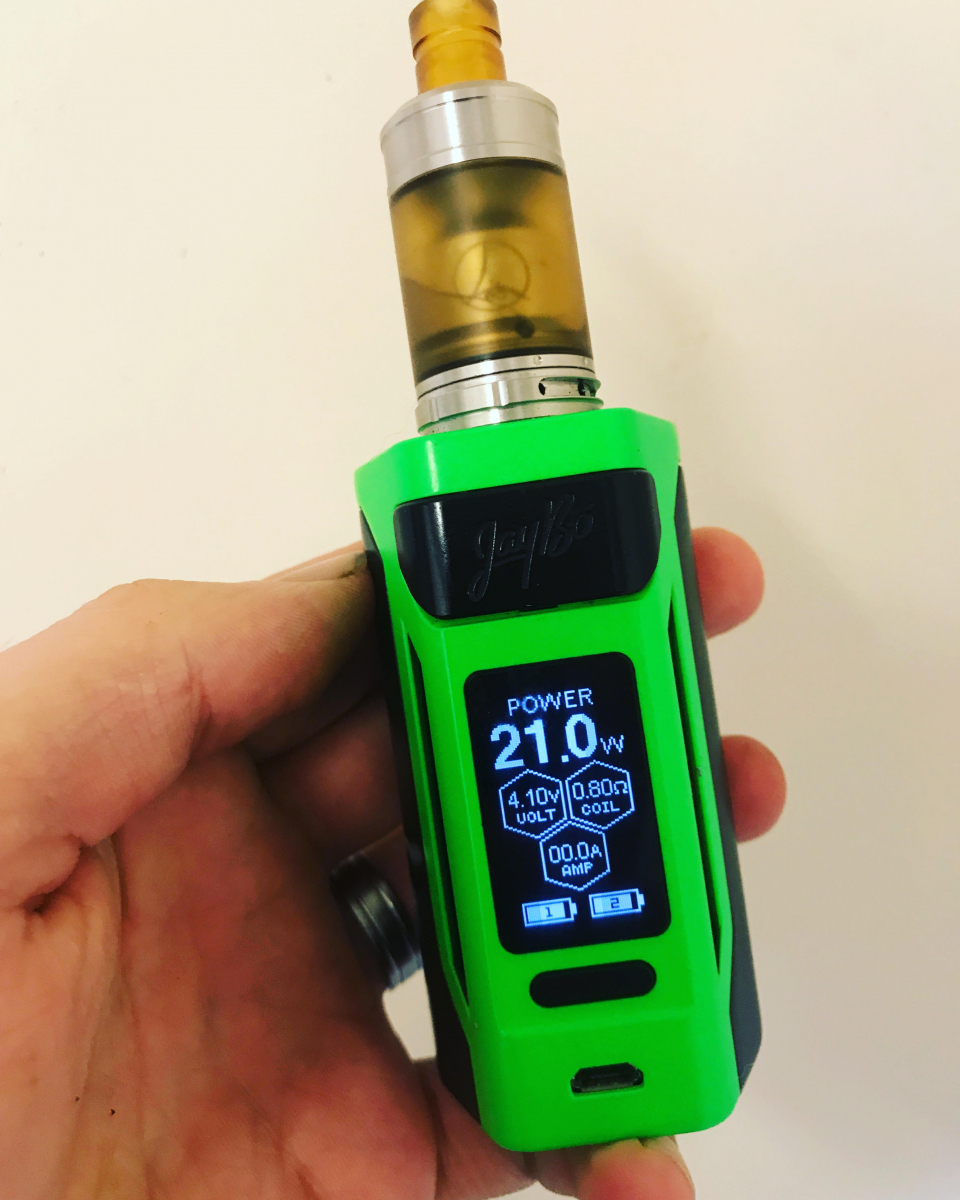