VooPoo’s latest offering is the Doric 60 pod kit, a simple pod kit that uses the popular PnP pod and coils, a very simple device that should appeal to new vapers for its ease of use. 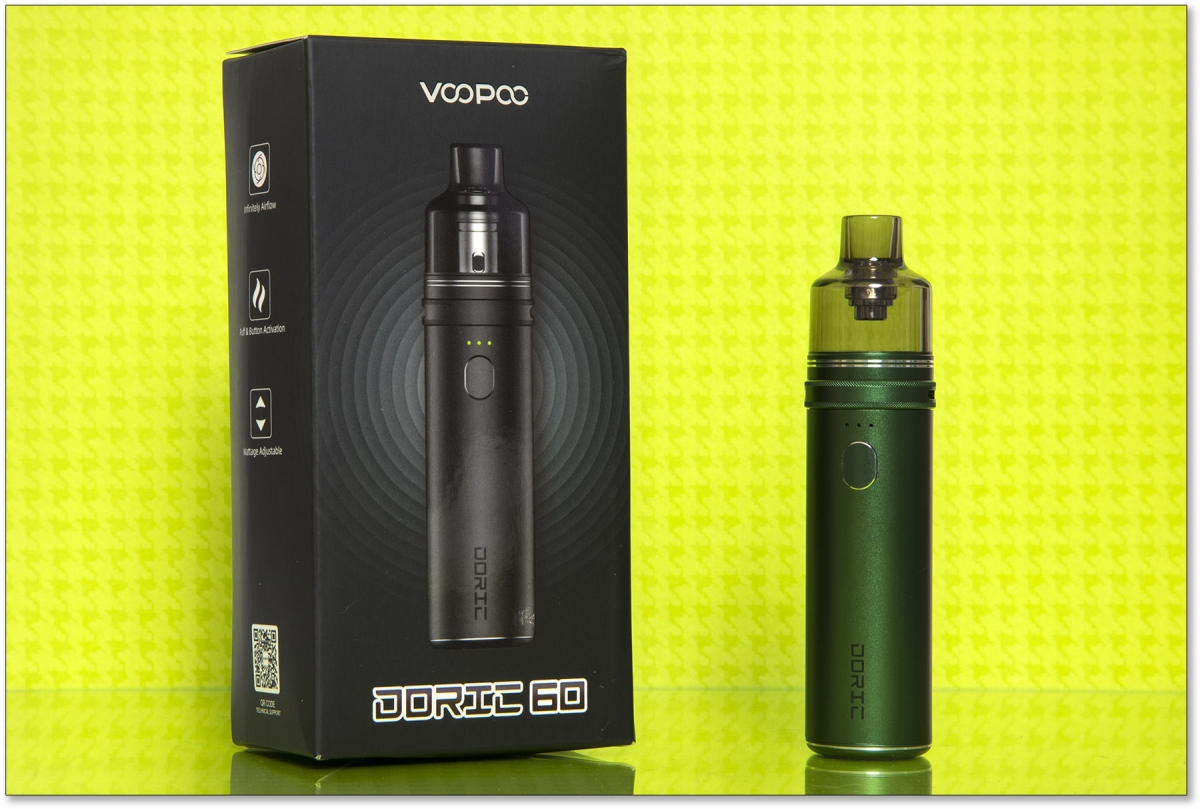 The Doric has an internal 2500mAh battery, auto-draw or fire button activation, airflow control ring, three power settings, and all the safety features you can expect from an e-cig. Utilising the PnP pod connection makes it cross compatible with a large selection of existing pods and coils.

Size wise; it’s quite a chunky monkey at 26.55mm diameter and 113.45mm tall including the pod, and it weighs around 94g with a full tank.

The Doric 60 kit comes in a no nonsense package, a thin cardboard box with a blown plastic insert holding the kit. It all looks and feels pretty cheap and is one of those boxes you don’t mind lobbing in the bin. 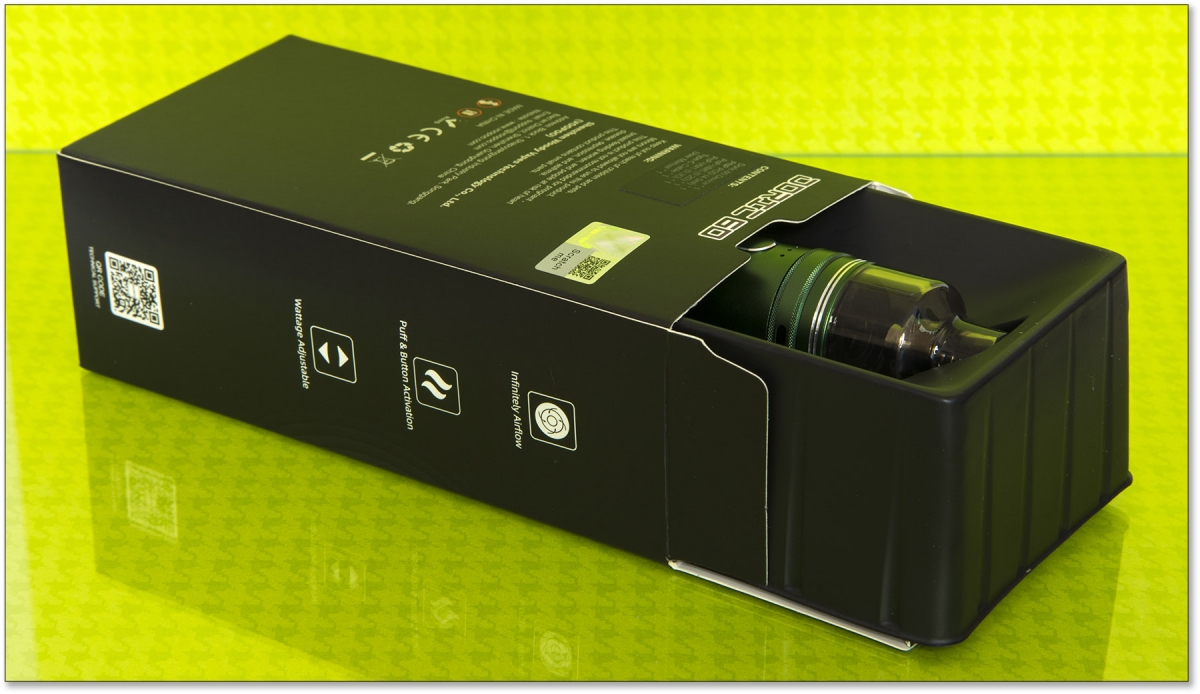 The battery and pod is held securely in the blown plastic shell, underneath that is the box of accessories.

The Doric 60 quality stands out immediately, for such a basic shape there’s some nice detailing gone into it. The subtle silver rings around the fire button look really nice, without these it could have looked quite dull so VooPoo did well there.

The airflow control ring is buttery smooth and is such a quality fit. The PnP pod fits magnetically and sits nice and tight with very little play. The fire button protrudes just a little, and it’s tactile and easy to find when vaping.

There’s one detail I really appreciated; the base has a rubber ring to prevent any scratching on either the Doric or the surface you place it on, a small detail but something I really like.

As you can see, the Doric 60 is a pretty basic looking kit so there’s little to discuss. The main thing that struck me was the proportions, as it has been designed to take the PnP pod then the 26.55mm diameter is quite wide for a pen mod, but this actually felt really good in the hand. The height makes it look stumpy but again, in the hand it is just right.

I’ve covered the PnP pod in many reviews before and it’s good to see VooPoo still supporting this platform with new releases. The coils are a simple press fit and are very easy to access. The fill port is at the base of the pod, and there’s a silicone bung you prise open with your fingernail.

The supplied pod suits this kit perfectly as a DL (Direct Lung) device but the cross compatibility gives you more options including MTL. It even looks good with the Drag S pod. If you own a few VooPoo PnP pods, then it’s a handy option to just lob one on the Doric to take out with you, or even as a spare battery option. 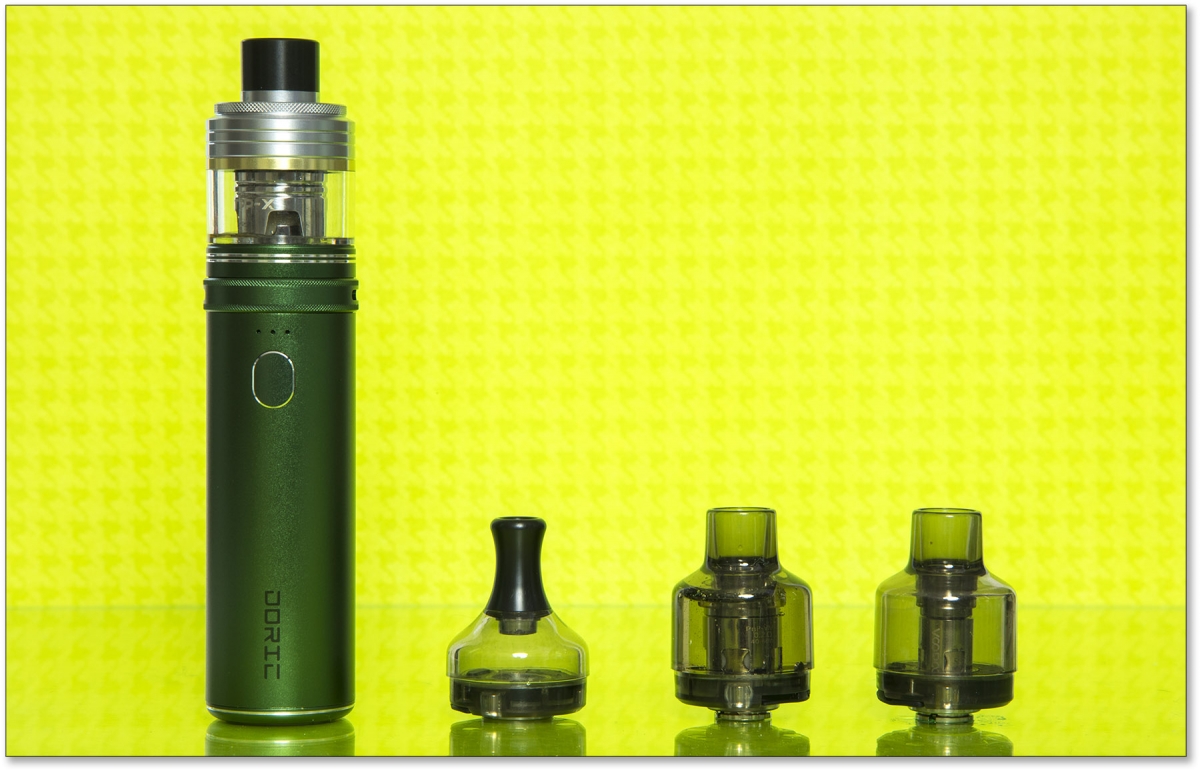 The pod holds a generous 4.5ml of juice (or 2ml TPD), and I found it mess free to refill. The visibility of the tinted plastic is just right so it’s always easy to see your juice level.

The Doric has 3 power settings which you can cycle through by clicking the fire button 3 times then click through the 3 LED colour options:

Once your chosen power is selected you have to wait until the lights go out before you can vape which is a bit of a pain, but it only takes a couple of seconds. 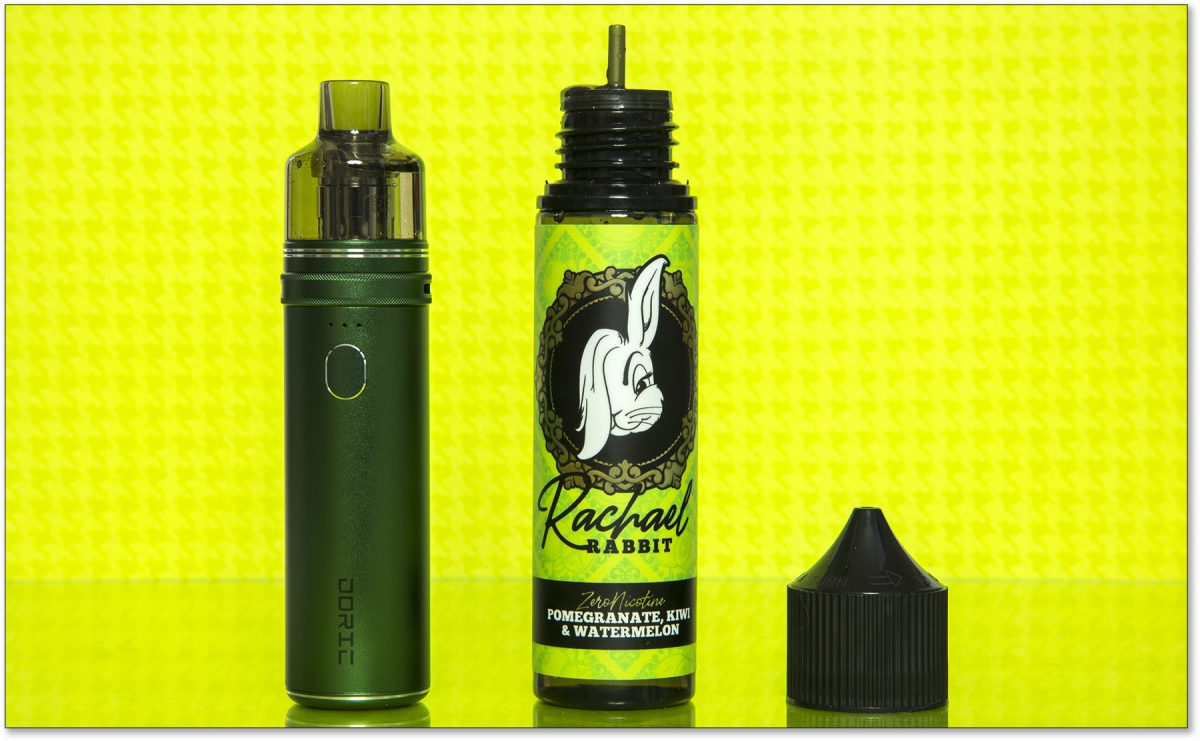 Before I get onto performance, there are a few things that VooPoo wished to be included in the review:

Which brings me onto the airflow control, there’s a ring at the top of the battery which you rotate around 360 degrees. There are two large air inlets for DL/RDL and two small inlets for MTL.

The control ring is really well implemented and is strangely satisfying to adjust as it is so smooth but with enough resistance to prevent accidental adjustments.

There’s one thing I just don’t get though; ‘360 degree infinite’ erm…… how is this a thing? It’s just an airflow control ring without a stopper that we’ve seen a thousand times before. In reality, the only adjustment possible is exposing the air inlets; which means roughly expose 25-30%, or am I missing something? I would have been more impressed if the airflow control ring was on a stopper as that’s more complex to do.

I started off with the PnP-VM5 Resistance: 0.2Ω (Power Range: 40~60W Recommended E-liquid: Nicotine≤6mg). This coil is the most power hungry and demanding at 60watts. It performed really well, the flavour was lush, and the vapour production was high, but once the power starts to drop off as you battery drains, it became a little tame.

The PnP-VM1 Resistance: 0.3Ω (Power Range:32~40W Recommended E-liquid: Nicotine≤6mg) was much better and more suited to this kit in my opinion. The flavour was even better, this coil performed well in all three power levels and is suited DL and even RDL with airflow adjustment.

The auto-draw was very impressive and didn’t skip a beat even with the airflow wide open, there was very little difference between manual firing, so I ended up just using the auto-draw.

The battery life was obviously relative to the coil, I was getting a few hours with the 0.2ohm coil but the 0.3ohm lasted me most of the day. The trade-off is up to you but I preferred the full on DL of the 0.2ohm and I could live with the battery life which was still pretty decent for such a small kit.

Charging is at 1.6 Amp which is pretty good, for such a large battery it only took 1½ hours from low, and on average it took under an hour for top up charging from medium, I was happy with that for a 2500mAh cell.

The Doric 60 impressed me more than I expected it to, sure it’s very basic but that’s part of its appeal as it makes it compact, easy to use, economic on power and much more portable to throw in a bag or your pocket. Along with the cross compatibility of the PnP pods, it doubled as a good backup battery. Even the styling was quite classy for such a basic shape.

I was much more impressed with the Doric 60 than the Go80 (Vaporesso) as it felt nicer and had a bit more going on with the design, and it just felt like you got a bit more for your money. I think it will appeal mainly to new vapers or those seeking an easy to use but powerful pocket rocket.

I’m stuck! I’ve been sat here trying to nit-pick ANY con, there’s been a few recent reviews with no cons so I’m really trying but for what it is I can’t see anything that VooPoo could have improved on.

At first I thought the Doric 60 ate all the pies but as soon as I held it and appreciated the PnP compatibility, it quickly won me over. Is it basic or simplistic? I think the latter and that will make it appealing for many users. Besides that, it performs well and produces a superb vape, and I happily would lob this in my pocket/bag before my more precious kits. 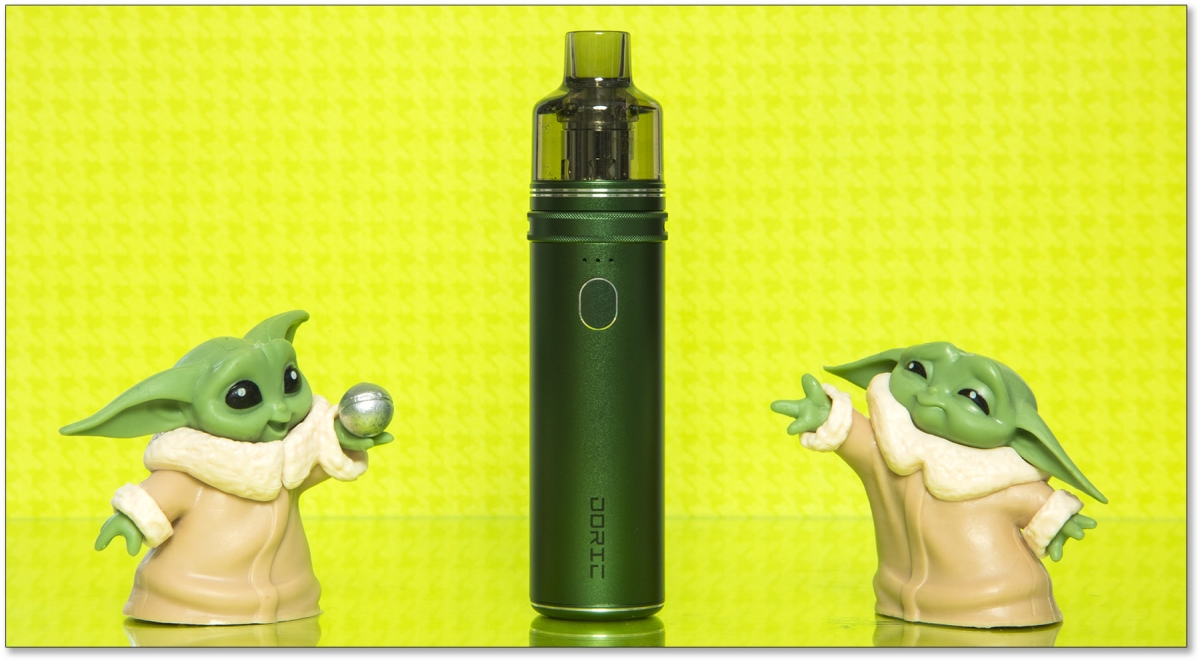