Vaporesso continue their vast roll out of new vaping gear in 2020 with another pod system, the Xiron is designed as a tough and durable pod and a much welcome adjustable airflow.

"To boost the flavour and nicotine satisfaction, XIRON equips the GTX mesh coils, with airflow dial, and powered by a 1500mAh built-in battery to bring up the maximum output of 50W. You can get all the information you need from a 0.69” OLED screen, and know the e-juice left through the visible pod.

The XIRON features the alloy material to make itself textured with an impressive hand feel. Giving a tough shape inside out, the XIRON will be powering you by the moment you hold it."

I can’t argue with any of that, to be fair Vaporesso are pretty accurate with their marketing. 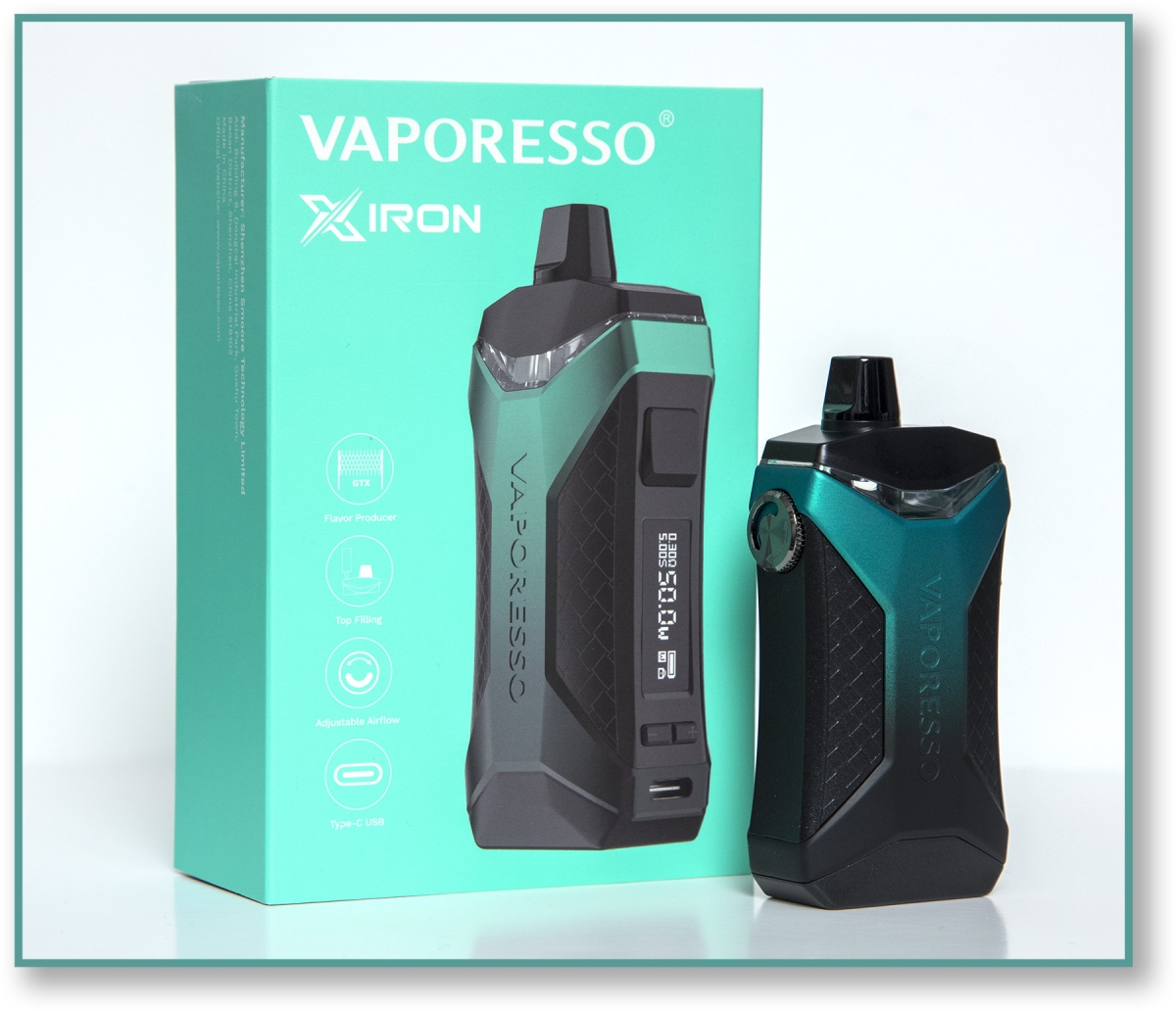 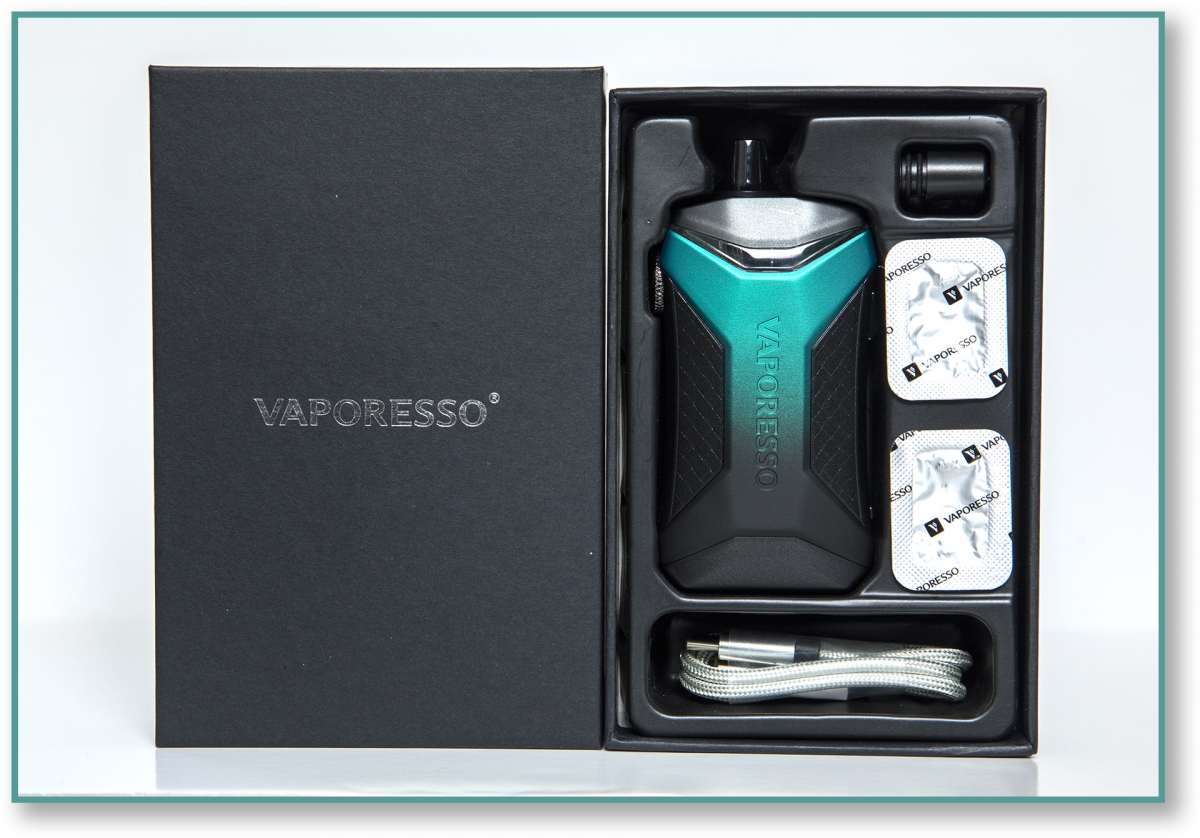 All the hardware is in the top layer, no spare pod this time but there is an additional wider bore drip tip, USB-C cable and a couple of GTX coils, the manual is stashed underneath. 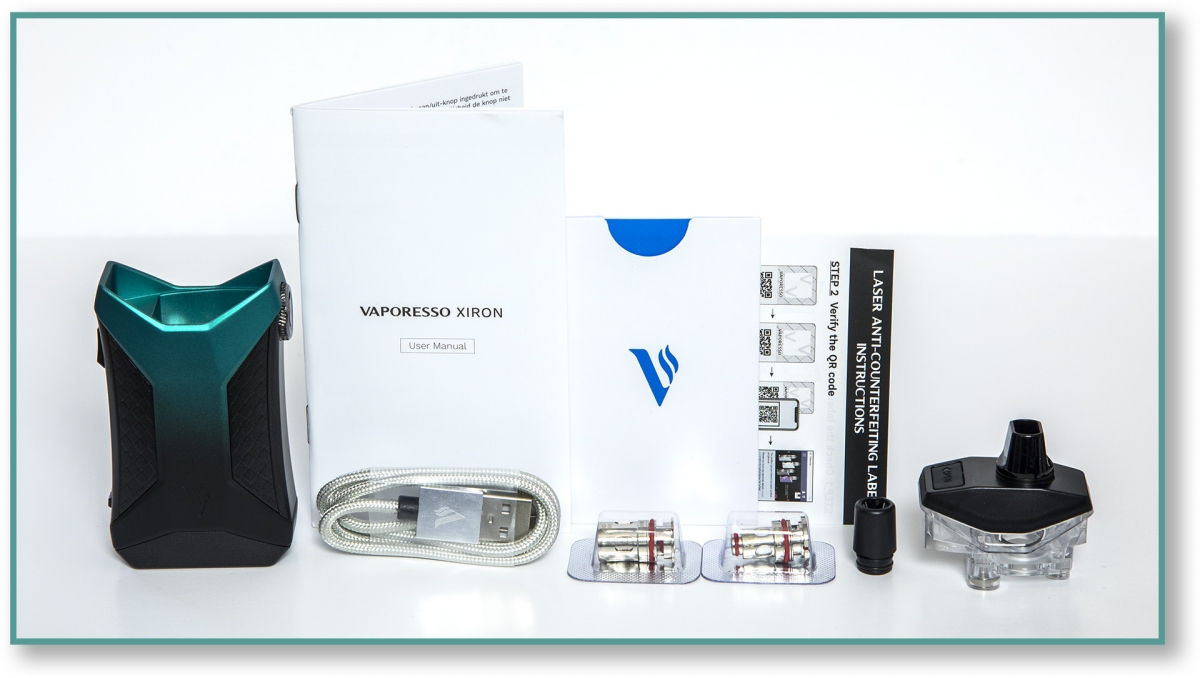 Upon holding the Xiron in my hand for the first time, I was pretty impressed with the compact size and the substantial weight of it, not too heavy but feels like a solidly made bit of kit. There’s quite a few little details going on with the styling and a cool colour fade to black, the paint is a satin metallic and feels smooth yet grippy. I really like how this looks and feels, just that little bit different.

There should be enough power in the battery to turn it on from new, but I popped it on charge while I checked out the pod. The size of the pod looks pretty large and the 5.5ml capacity is pretty impressive for a pod system, and Vaporesso have styled it so it doesn’t all stick out of the body, the shape of the top matches the base which looks pretty cool.

It’s pretty clear that the styling is based around an X shape within the body with the inset parts feel rubberised. The screen and control buttons are on the one side, the other side features an airflow control dial which is a very welcome addition. The base has a few battery vent holes.

The pod housing looks really interesting. I know it doesn’t matter but I found myself admiring the engineering design that has gone into the Xiron. There’s three really strong magnets, a couple of spring loaded circuit connections which have a rubber seal around them which should protect the insides should the pod leak, and there are three tiny screws which I’ve had to resist undoing as I am dying to see what’s inside!

The chassis is all metal and pretty solid, and the branding is embossed with ‘VAPORESSO’ on one side with the logo on the opposite side, I like the way it is subtly faded into the colour scheme. At the edges of the inner ‘X’ shape are what appear to be rubberised pads which have a carbon fibre texture. These make the Xiron feel so grippy in your hand. 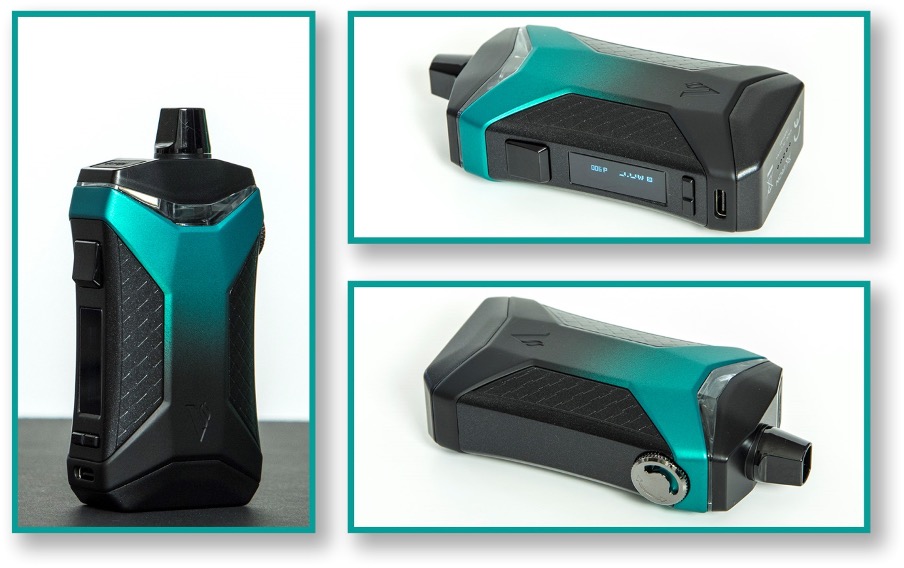 The screen and chipset appears to be the same as on the GTX ONE, but the screen cover is shaded so a little dimmer. It's fine for indoors but difficult to see in bright daylight. The fire button curves and feels natural for either thumb or finger firing. The adjustment buttons are tiny but you will rarely need them. One thing I found good was the stiff resistance which makes accidental adjustments tricky, the fire button isn’t as stiff.

There’s only one slight con in the design, the airflow control ring can be blocked with your hand as you vape so you need to get into the habit of making sure it’s clear. Actually, while I’m talking about the airflow ring, I found it very stiff and very difficult to adjust, hopefully that will loosen up in use.

One of the things I was very happy about is that it takes GTX coils (MTL & DL). As with other devices that take these coils, they are simple to change via a push fit. 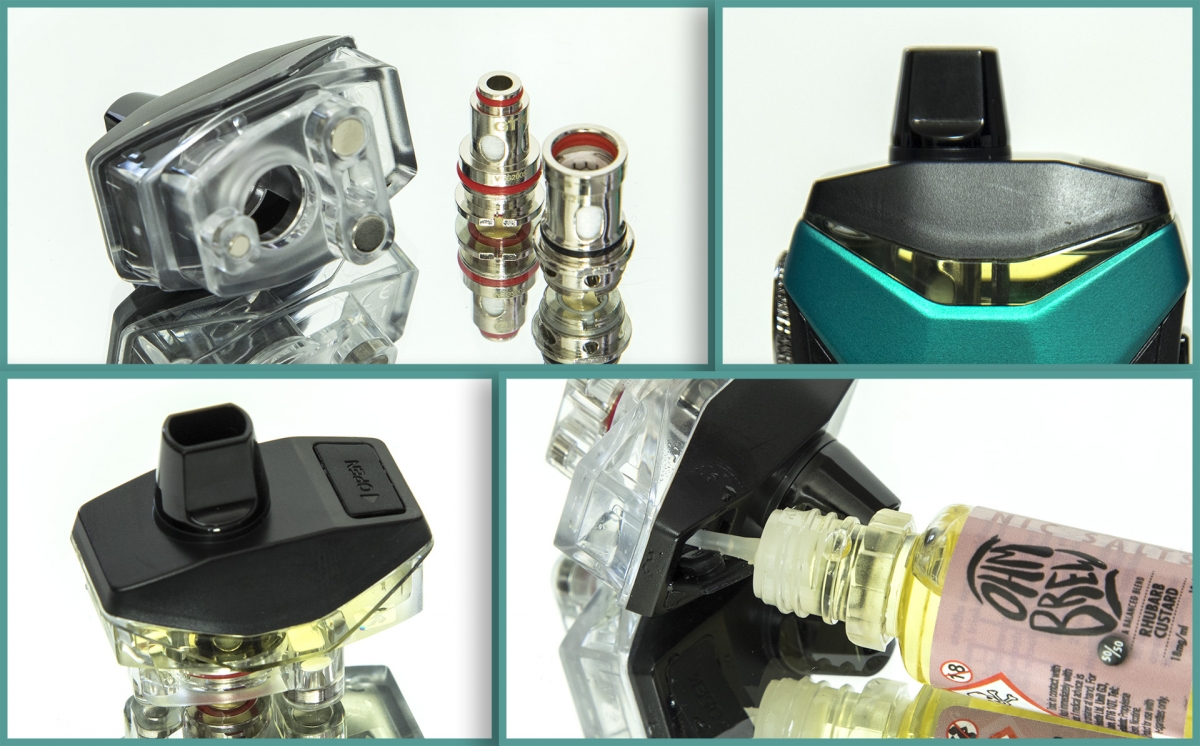 A couple of other features I like are the 510 drip tip compatibility and the top filling. The filling port is large enough for most shortfill bottles or 10ml bottles. I found it mess free and convenient to top up. Once fitted, there is still enough of the pod to see when your eliquid is getting low. The pod does sit lower so even if you don’t spot your juice level being too low, you should still have enough to prevent any dry hits, almost like a reserve if that makes sense.

The default drip tip is pretty good for restrictive DL, and there is an optional wider bore tip for regular DL use, though I found little difference between the two in the draw. I did find the whistle tip style more comfortable though, and you can rotate it to suit how you hold & vape the Xiron.

Here are some of the coils that the Xiron takes:
(Though I wouldn’t recommend the 0.2Ω coil due to the max 50 watts the XIRON offers) 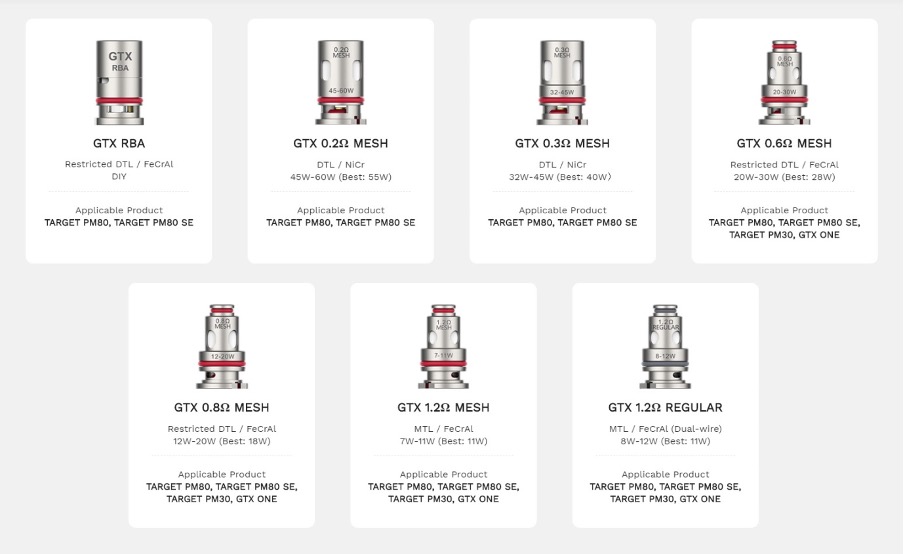 It is really good to see Vaporesso using the GTX coils for another device, especially for me as I own a few now. Here’s some of the other kits that take the GTX range: 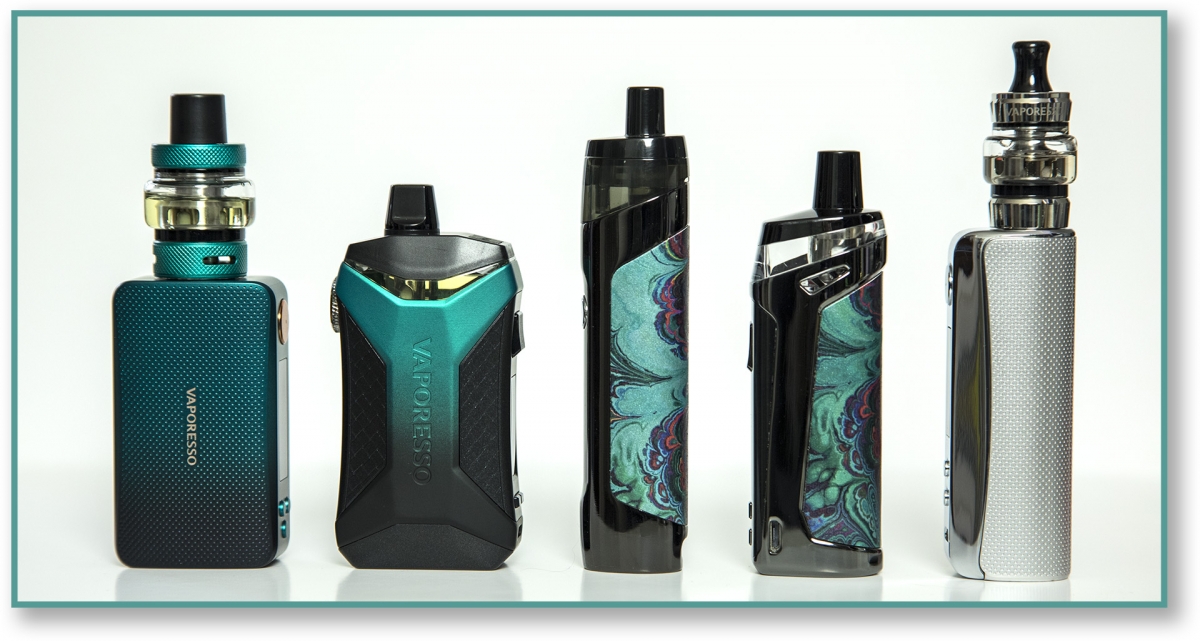 The menu system is pretty basic and simple to navigate. If you are familiar with the GTX ONE, then you will be right at home as its identical: 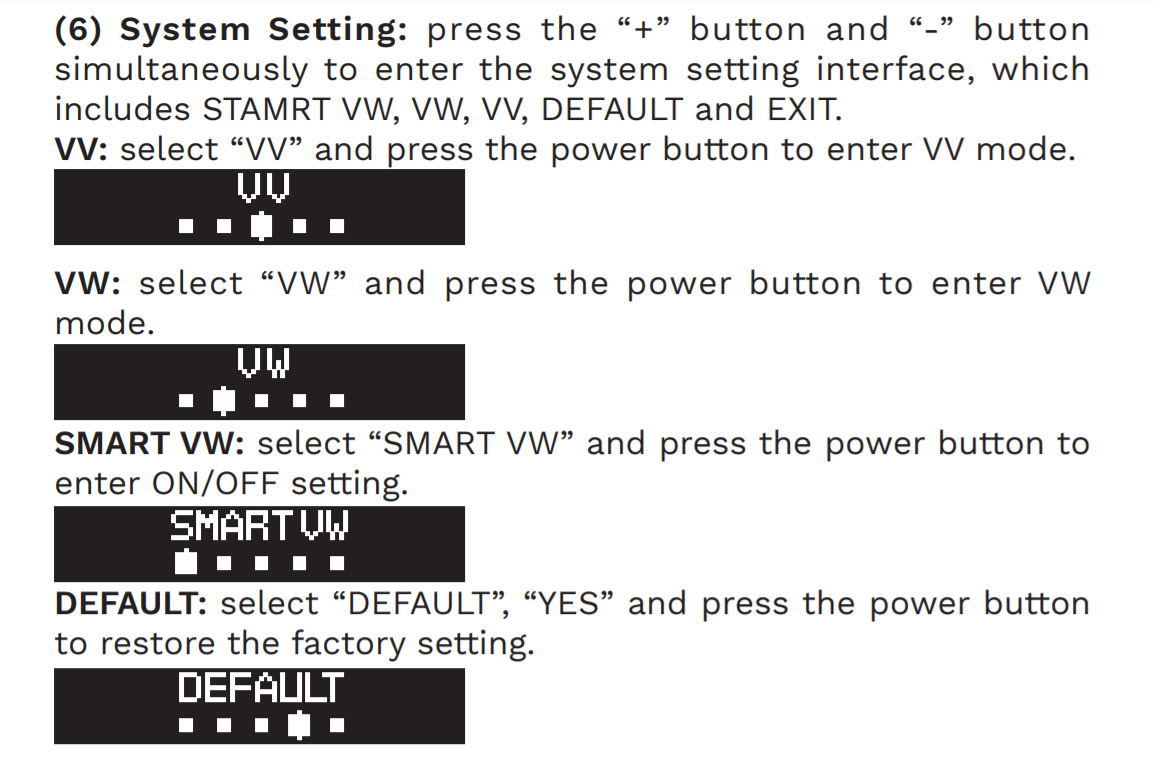 Smart VW (Variable Wattage) is the most useful function as it will auto detect a new coil and set the wattage right in the middle of the recommended wattage range, for example; 8 to 12 watts then it will set it to 10 watts. You can still increase or decrease the wattage but it’s the best starting point and very handy if you cannot see which coil you have fitted.

I’m already familiar with the included GTX 0.3Ω MESH Coil (32 – 45 watts) as it’s my favourite coil to use in the PM80, ideal for DL as it gives great flavour and surprising vapour production at 40 watts, but with the XIRON it was even better as I could adjust the airflow to suit my tastes.

The GTX 0.8Ω MESH Coil (12 – 20 watts) isn’t one I have used very much so I’ve given it a fair go aiming for a restrictive DL nicotine salt 20mg hit. With the airflow dial fully closed, it gave a superb restriction that gave me that much desired throat hit. In fact I could afford to open the airflow a little more. As for MTL, then I found it a little too loose for my tastes though I did get used to it. Adding a skinny 510 drip tip did help somewhat.

Battery life was okay at 40 watts but I was having to recharge 2 – 3 times during the day. At 16 watts it lasted me most of the day before it needed recharging, with the USB-C 2A charging it took less than an hour to recharge, more often than not it took around 30 minutes from a low battery. 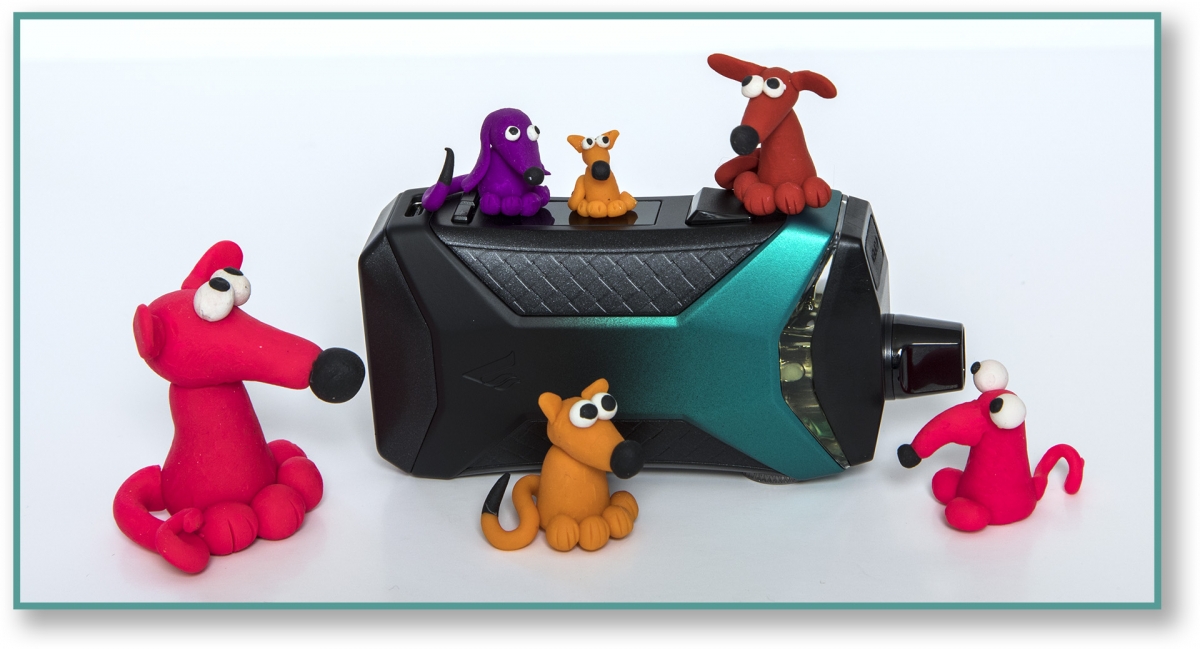 Overall I enjoyed the XIRON more than I expected. I don’t think it beats the PM80 for style or top end performance, but it does offer some features that the PM80 lacks, such as the adjustable airflow which really improved the vape on the GTX 0.3Ω coil. Plus with quicker charging and durability, I found myself using this kit in the car more. I found it ideal for restrictive DL with the 0.8Ω and occasionally using it for a loose draw MTL vape.

In the very overcrowded pod market, I do think there’s room for the XIRON to slip into. It should appeal to those that want a simple, durable high capacity pod with a good selection of high quality coils available. What it lacks in innovation, it makes up refinement. If you like the look of this pod kit, then I cannot see you being disappointed as it vapes as good as it looks.

There’s very little not to like about the XIRON, none of the cons are deal breakers for me. I can even live with the loose MTL draw as the flavour is so good. It won’t win any innovation awards but it still stands out as a very capable and refined pod system and I can see it appealing for those that like their vape substantial. Compact and durable, the styling will also win some fans. 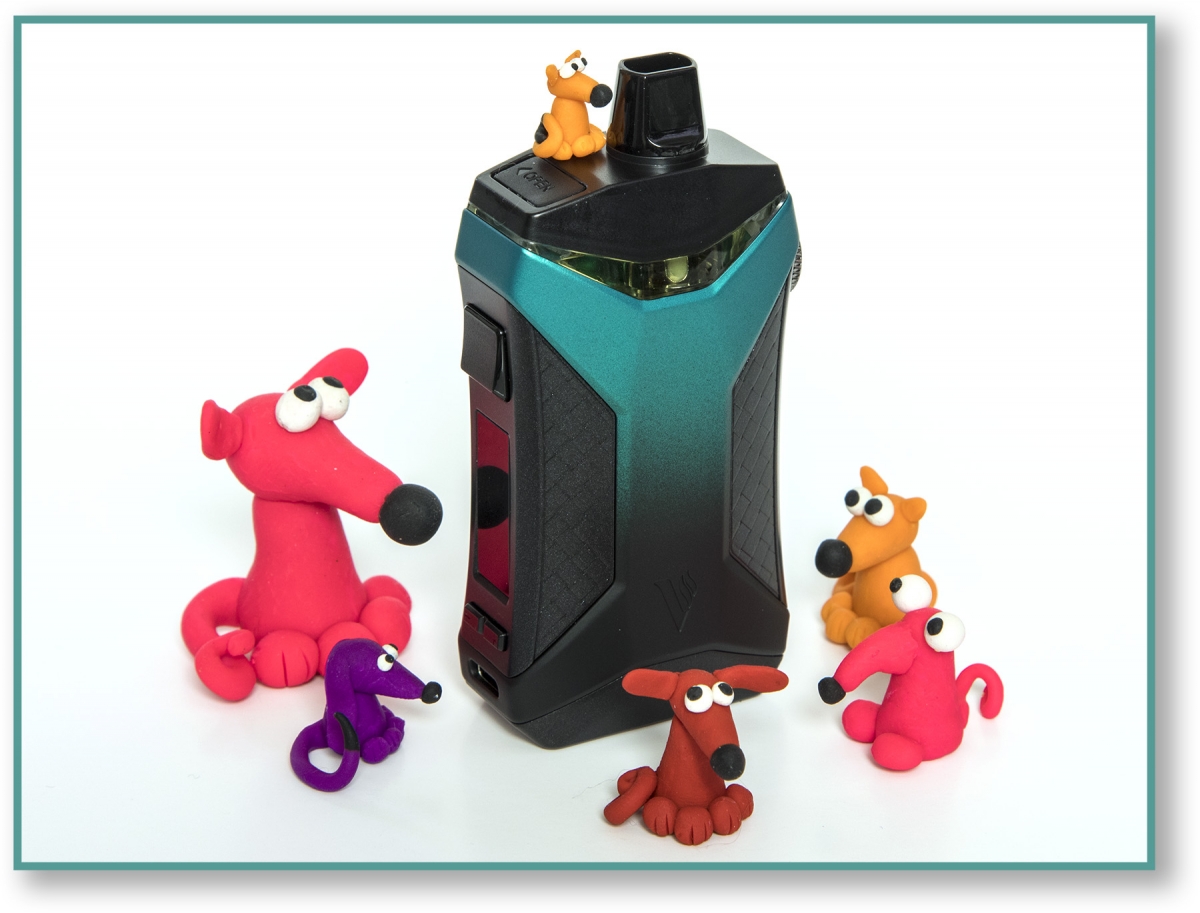