The undisputed heavyweight giants of the vaping world, are Vaporesso ready to conquer the ever-growing pod mod market as well?

You may or may not have come across the news recently that Vaporesso are worth around 24 billion dollars now, a substantial amount of money for any company to be valued at. Their parent company went onto the Hong Kong Stock exchange and their valuation skyrocketed. So given this information, you have to look at Vaporesso and wonder if, given their new lofty position, are they primed to take over the vaping industry once and for all? In a barren mod market now, the Gen 2 and upcoming Luxe 2 can really stablish themselves as the must have devices on the scene, but on the pod side, it is anyone’s game. So Vaporesso came up with two different versions of their flagship pod mod, an internal battery version and an external one. The Vaporesso Target PM80 is a pod mod that aims to provide both MTL and DL vaping in one device, the functionality of a mod but with all the benefits of a pod. I have been using the external battery version for quite some time now so how does it fair in such a busy market and, more importantly, does it stand up with its peers? Before we get into all of that however, let’s take a look at the details first and dive into the specs a little bit. 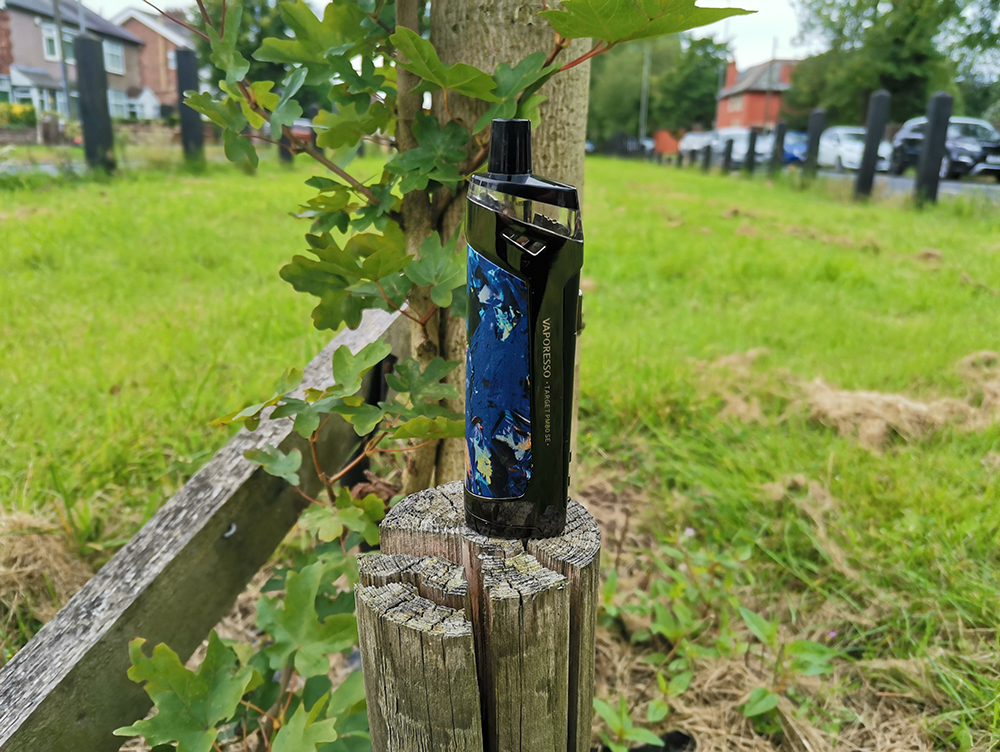 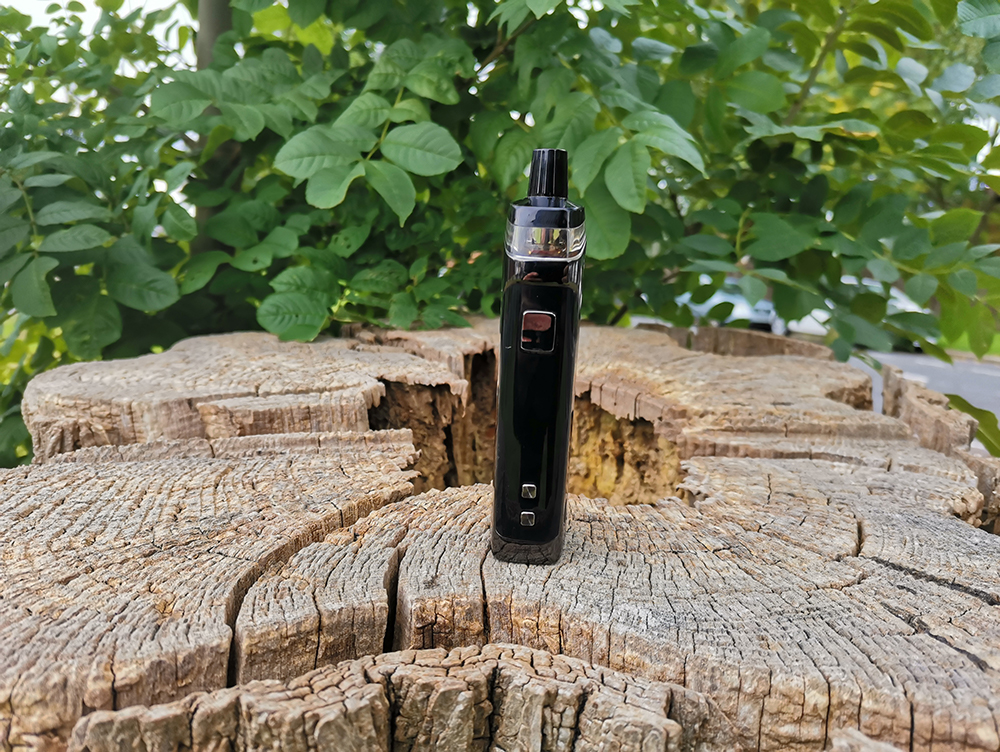 About the Vaporesso Target PM80 SE

The Target PM80 is a pod mod device that requires a single 18650 battery, can be fired up to 80W and comes with a huge range of compatible coils that have been released thus far. The device itself is designed much like other pod mods on the market today with a sleek, inclusive design with a fitted pod to make the look seem ergonomic. Its focus is on vapour production and flavour with the added flexibility to turn it into an MTL just as easily as it is to DL on the device.

The pods are 4ml in capacity (2ml TPD), and are a clear plastic design displaying your e-liquid level quite clearly. The pods come with a built-in drip tip mouthpiece for vaping and also have a bottom fill bung style fill mechanism. The pods have non-adjustable airflow, with the air holes featured on the side of the device instead, with rubber bungs to close over these as you desire. The coil system is a simple pull out and change design meaning that they can be changed on the go if you so wish. The pod has two strong magnets on the bottom to allow for connection with the mod and this then slots into the device.

The mod itself is a single battery styled design that mirrors its internal counterpart. The bottom has a battery door which allows for easy changing of the batteries when required with a simple click fasten. The device has a front fire button and two navigation buttons with a black and white screen full of information such as watts, resistance, puffs, battery indicator and puff counter to name a few. The device has has lovely soft material on the back which can come in six different colours upon release. The device has a five click on and off system, with two navigation buttons to adjust power up and down. Holding the plus and minus takes you to a menu that allows you to select different modes including watt, volt, smart and reset the puff counter if you want to. The device has a 999 puff limit that requires resetting once you hit the limit. The top of the device has magnets to connect to the pod, and the mod itself has the Axion Chip, claiming 0.0003 seconds firing speed as well as the various options to vape. 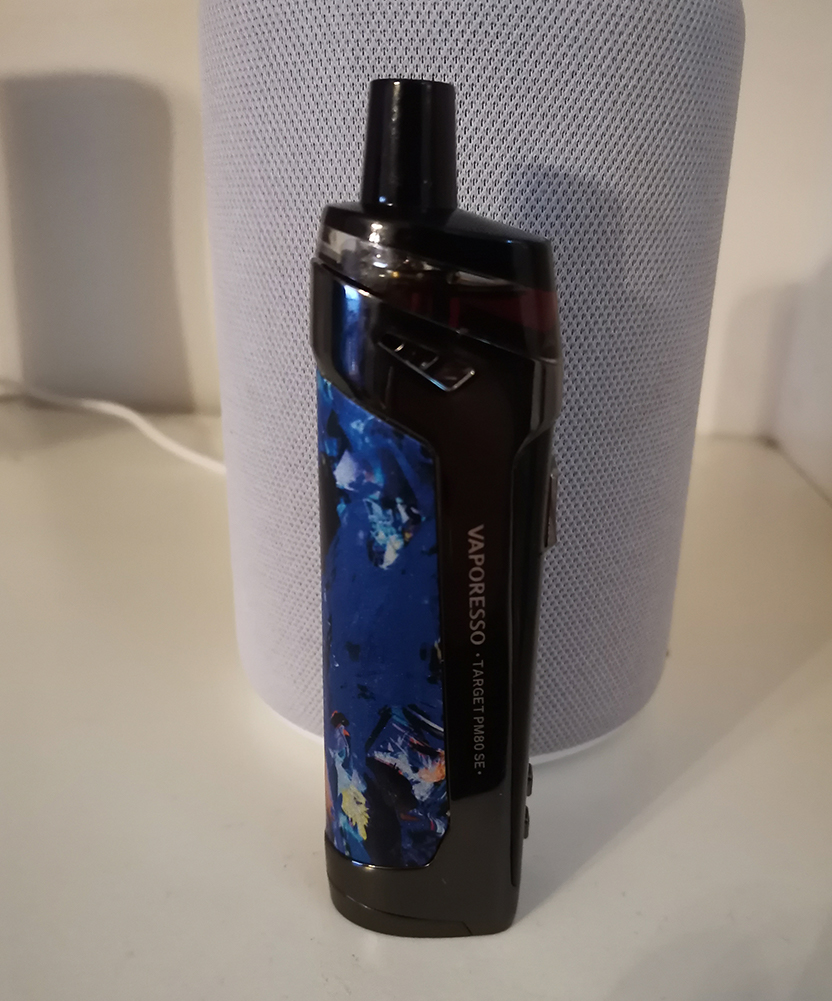 The first thing to really talk about here is the build quality being excellent with this device. From the metallic body and the lovely soft material on the back to rest in your hand, it is both small and comfortable to hold. The profile is a good size for such a device, and it doesn’t feel overly clunky with a nice weight to it. The buttons are nice and clicky with the chip making the firing speed on this device really responsive. I didn’t notice any delay when using it, even from cold, like others seem to have. The screen is nice and bright with the black/white colouring making it easy to read in daylight and bold during the evening. The battery door is easy to use, a simple open and shut without any issue carrying it out and having it open throughout the time I was reviewing this. I love the functionality of the buttons. Being able to lock the screen and change to different modes is a nice addition to a pod mod. Battery life is good for a single battery device, and vaping casually with this outside on my travels seemed to last a fair few hours. I never felt like I was unnaturally having to change battery at all.

On to the pods, and the flavour from these mesh coils is fantastic for such a small device. The vapour production is great, with a lovely base flavour of your e-liquid. Changing the coils is simple to do and overall, they wick really well with thicker VG e-liquids on the subohm coils. The pod sits snugly on the mod and there is no movement at all from them when using, which is a lovely thing to see. The pod never really seems to get hot even when chain vaping, so it is a great device to use like a normal subohm kit, minus the regularity given the limited battery life. Filling is easy enough and, most importantly, seeing the e-liquid in the pod makes a massive difference in knowing when to fill up again. The range of coils available is another big pro as is the option of an RBA deck making this device such a versatile one to use no matter what your vaping style is.

When it comes to the mod, I don’t really have many cons for this device. One glaring omission is the usb C charging, although it is never recommended to charge in such a way to begin with. Others may find this to be a big loss however, given the modern use for such a port. The next con is the change from a colour screen on the internal version to the external one. Strange how they took the coloured screen out, despite theoretically you have additional power compared to the former. Another thing I didn’t really like was that smart mode was not included as default mode, it needs to be selected. I think that in pod mods, this needs to be a feature to make them easier to use.

In terms of the pod itself, one con will always be the bottom bung filling over a top fill as it just has that little bit more effort to fill than before. The bottom bung and push in coil combination means you will get some condensation and dregs of liquid underneath the pod which makes it important to keep cleaning underneath to ensure there isn’t a potential build up that may affect its performance. In terms of the flavour, it still won’t match a subohm tank for flavour. As much as these devices want to replace a subohm tank and mod, the small coils still cannot match a full-blown flavour machine, so it is worth adding. The lack of adjustable airflow is a con as well, there is no real way of turning this into a full blown MTL kit with the airflow to match. Using the rubber bungs is not quite the same so it won’t match up with a pure MTL kit.

I am not a huge fan of pod mods, I am a subohm vaper at heart who prefers size over practicality, so it is difficult to really sum my experiences up. From a neutral perspective, this device is wonderful, it works really well. Everything is responsive, the build quality is great, and the coil performance is impressive as well. If you want a carry out subohm kit that you don’t plan to use too much, then this one will be perfect for you. If you expect to match a subohm tank, then you will be disappointed. However, its biggest strength is always going to be the huge range of coils available for it which essentially allows you to fine tune your vaping experience using this device. Not many other devices can boast that, so if you just want a slight drop in power, for example, then there is a coil out to do just that.

Overall, the Target PM80 SE is worthy of your money and it is one of the best pod mods on the market today for subohming, no question.

This was sent to us from Vaporesso, so massive thanks for that! 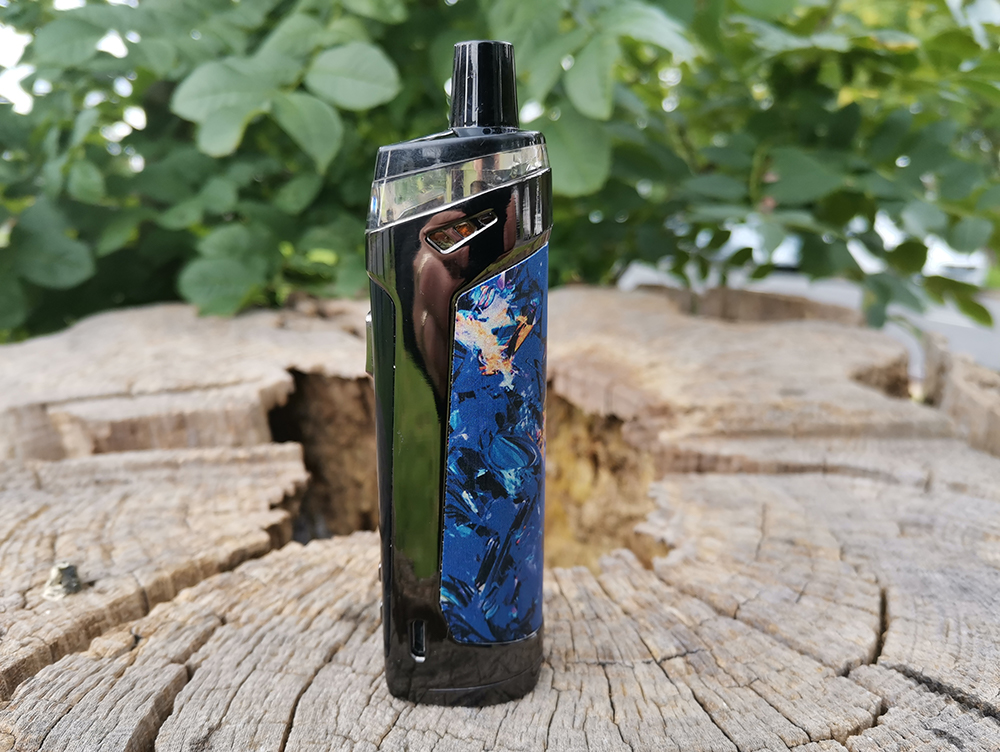