Vaporesso have sent over their latest release in the Gen series and this time it’s a couple of Pod mods in the form of the Gen PT60/80s which use their new xTank system designed for direct lung users. I got a look at these at the VaperExpo back in May and thought they looked quite interesting so I was quite keen to see if the day to day experience stood up to that brief encounter. 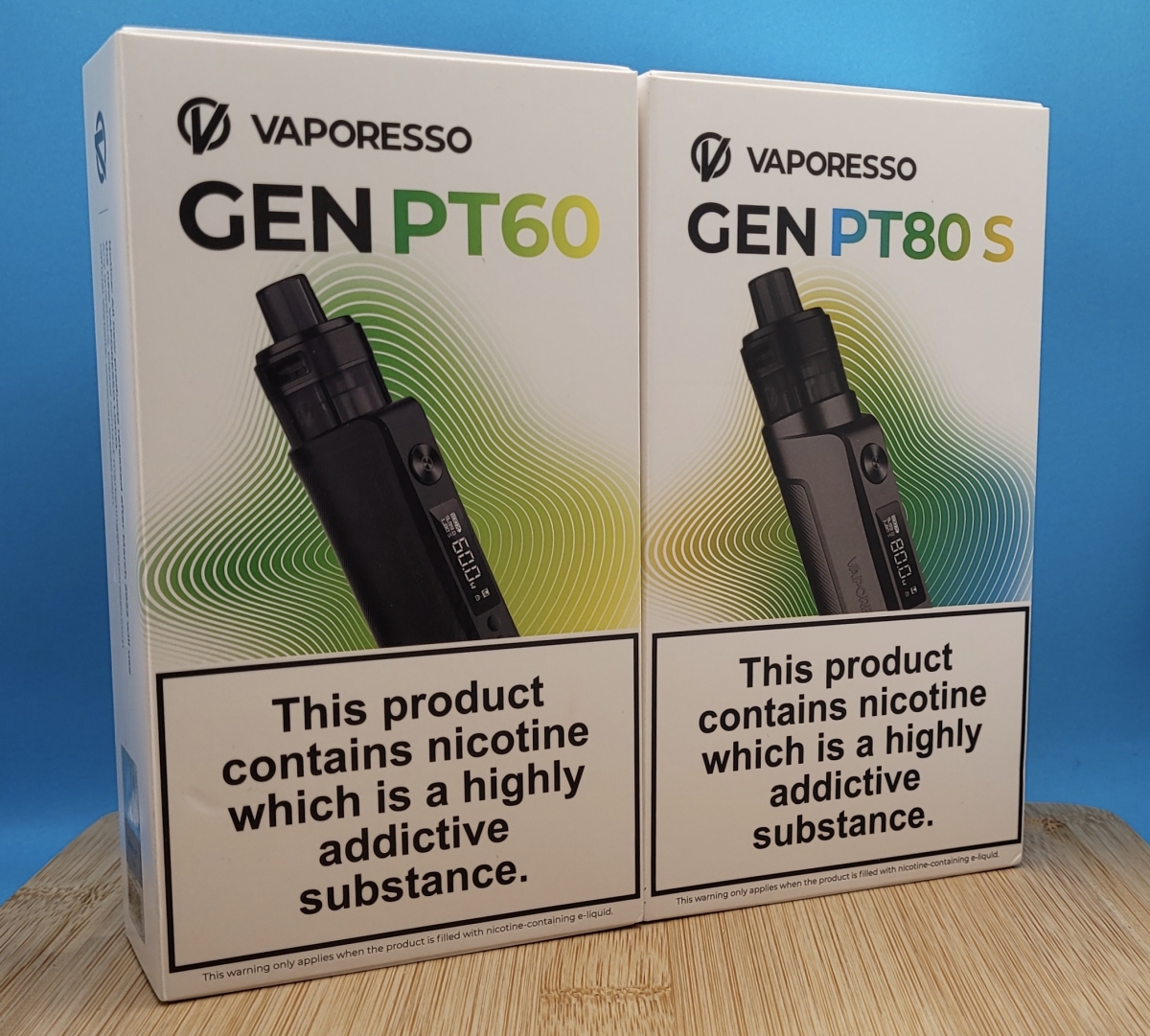 The Gen PT60 is the smaller of the two at just 112mm tall (with the xTank installed) and features an internal 2500mAh battery, whilst the Gen PT80s stands a good head taller at 132mm and requires an external 18650 battery. They are both featherweights with the Gen PT60 weighing in at just 97.2g and the Gen PT80s still only tipping the scales at 118.5g with a battery installed making them both very pocketable and practical daily drivers. 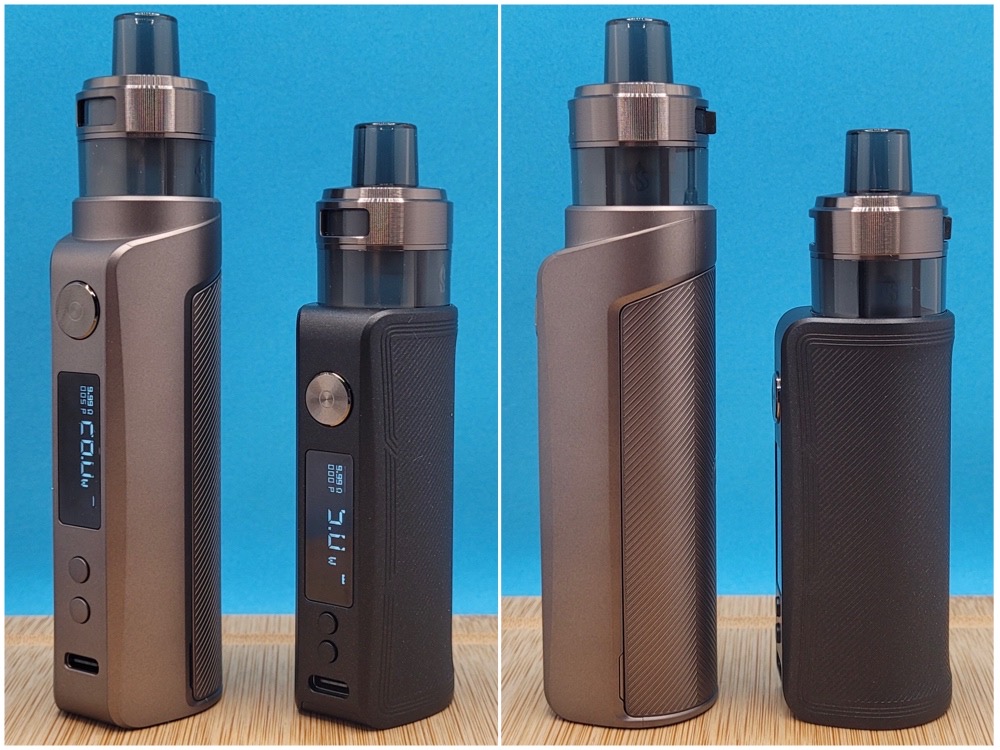 As with the other products from the Gen series, these are made from a multi layered plastic which makes them lightweight but durable. Whilst the Gen PT80s only has a texture applied to the battery door around the back the Gen PT60 has this applied all the way around the chassis which I found much more appealing, it also feels slightly better in the hand as well offering a very high level of grip. That’s not to say that the Gen PT80s is uncomfortable to use, in fact the ergonomics here are still excellent.

They are identical feature wise with on board charging via USB-C, bright 0.91” OLED displays and a simple but effective menu system including a wattage, voltage and “smart wattage” modes. Performance in wattage mode has been rock solid, I tend not to use voltage myself but this appears to be capped at 4.0 volts which would suggest a lack of boost capability. The controls are nice and responsive on both with no button rattle and I particularly like the lightly textured metal power buttons.

Charging wise, the PT60 peaked at 1.95 amps with a recorded usable capacity of 2018mAh in just 1 hour and 20 minutes. The PT80s was no slouch either with a peak charging rate of 2 amps observed in my test. Both failed to drop to zero at the end of the charge though, stubbornly refusing to drop below 0.02amps. 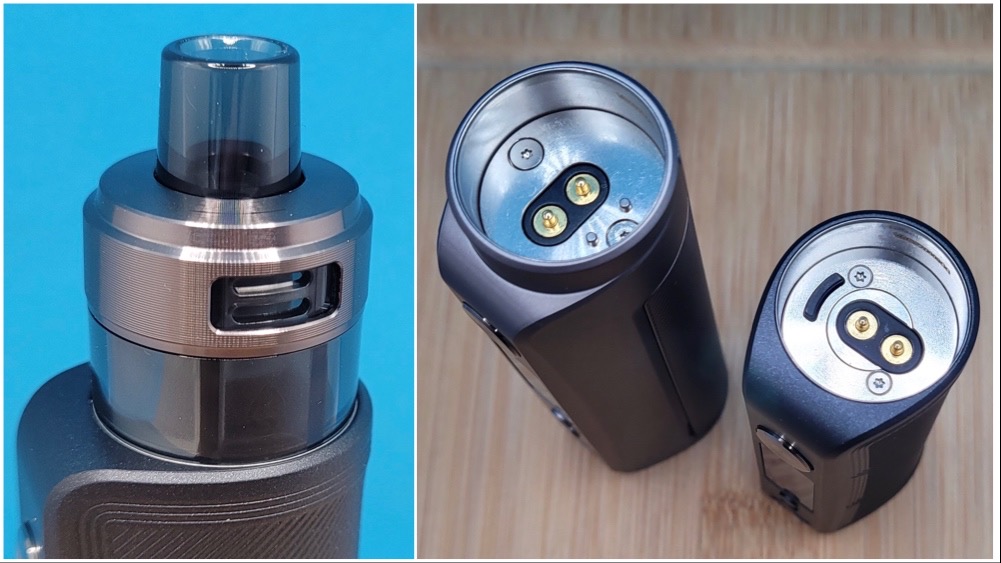 The Gen PT60/80s kits feature the new xTank system which is a pod style “tank” with an integrated drip tip. This sits in the recess at the top of the mod and is held firmly in place by magnets, and thanks to the small locator lugs in the recess it doesn’t spin around in use. The xTank uses a top airflow system with the air being fed down two tubes on the inside to the base of the coil. The xTank has a 4.5ml capacity, but here in TPD land we get the dreaded 2ml bung and I have to report that this one defeated me as it’s still in place! 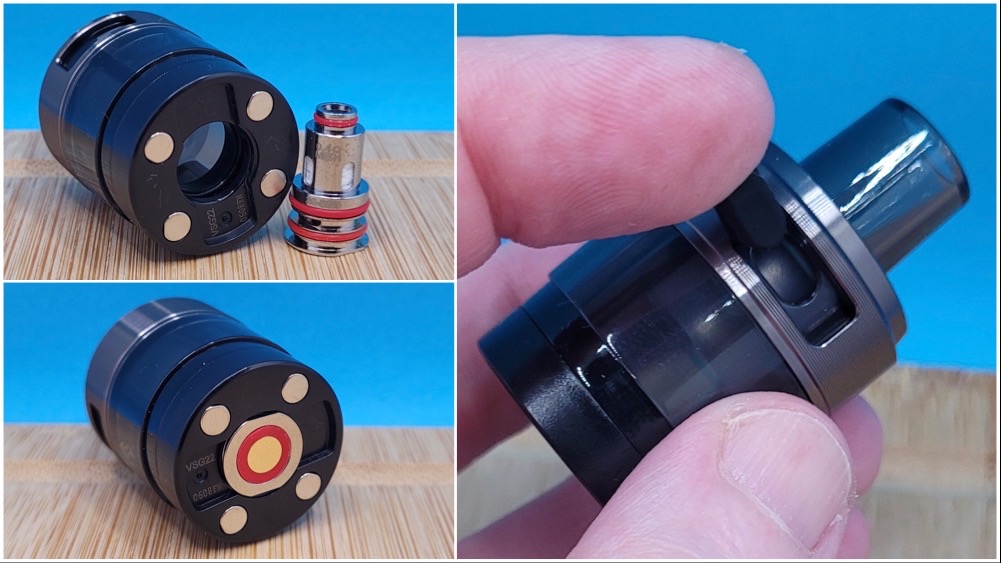 The xTank uses the popular GTX coil system and with the coil installed it’s completely sealed off at the base which means no leaking! I’ve not had a single drop of liquid under the xTank and Vaporesso apparently had one of these sitting for three weeks with the same results. Filling is ingenious as well, turn the airflow ring at the top to the left and this will reveal a rubber fill bung which is then concealed again once you turn it back to open the airflow.

The two kits come with different coils, the PT80s comes with a 0.15 and 0.3ohm coil whilst the PT60 has a 0.2 and 0.4ohm coil. These are amongst some of the best coils on the market with Vaporesso’s COREX technology featuring redesigned “morph mesh” for more even heating across the coil and “Cumulus cotton” for improved wicking.

However, if you’re nickel sensitive like myself, you do have to be careful with your coil selection as most of the lower ohm (0.15, 0.2, and 0.3) GTX coils are Nichrome which has essentially locked me out of the direct lung coils in the past. I was pleased to see that the newly introduced 0.4ohm restricted direct lung coil is Kanthal though so I concentrated my use on that. This has been a stellar vape and kept me more than happy with my regular 3mg e-liquid so I finally have a good direct lung option to use and a new favourite GTX coil. As this is a low power coil, I was getting excellent battery life as well. 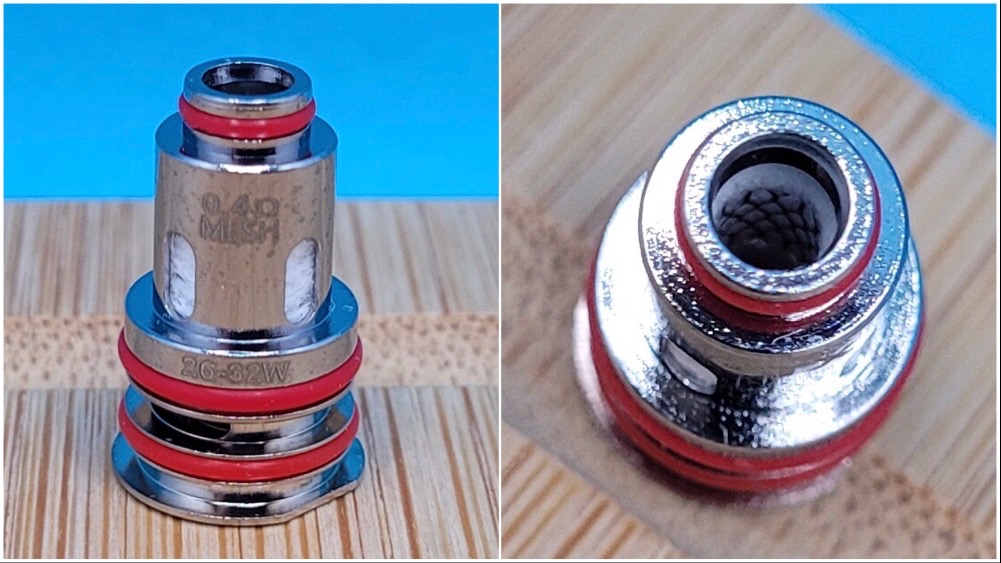 I’ve had a blast with the Vaporesso Gen PT60 and PT80s, and the new 0.4ohm kanthal coil has finally opened up the direct lung side of the GTX coil system to me. The new xTank has performed well and Vaporesso have finally eliminated one of the banes of other pod systems by removing the possibility of leaking with its top airflow design, I haven’t had a single drop of liquid underneath the pod despite extensive use and leaving it unattended for several days whilst I was using something else as well.

Ultimately your choice between the two may well end up coming down to whether you prefer the extra 20 watts of power on offer and the ability to change your battery with the PT80s or the lightness and ultra compact design of the PT60. I found myself gravitating towards the PT60 though as it offered me more than enough power to get through the day with its internal 2500mAh battery. If you prefer the lower ohm/higher power coils then the PT80s may be a better match for you.

Many thanks to Vaporesso for sending the Gen PT60/80s out for review. 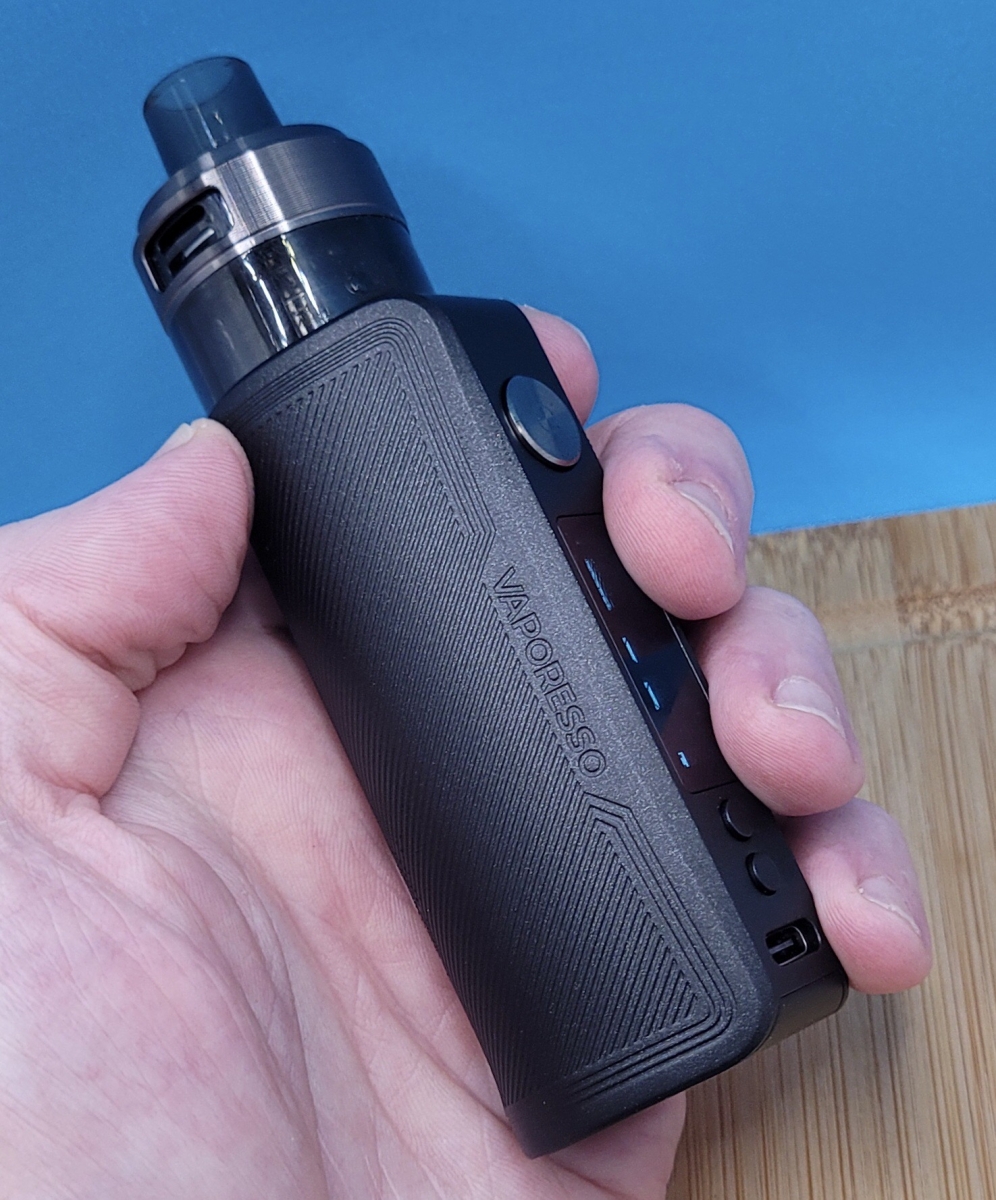