Univapo have sent out their latest starter kit, the Miso Pod, for us to take a look at. Univapo was one of the standout new manufacturers for me last year with consistently good releases, so I’m hoping that this new 2021 entry will continue that trend. 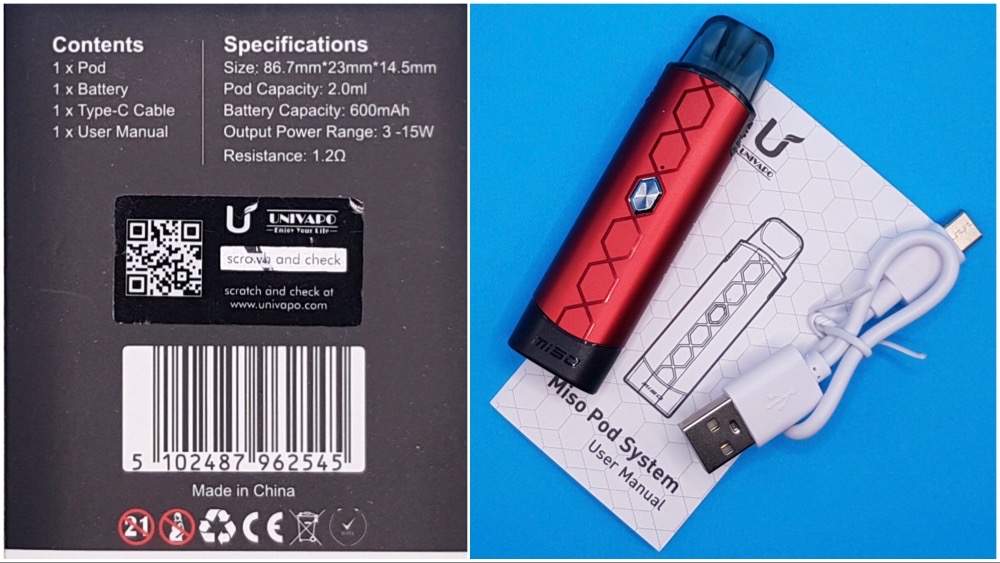 The Miso Pod comes in a tiny box with a picture of the kit on the front in your chosen colour. Inside there’s the Miso Pod itself with a preinstalled pod, a small instruction leaflet and a usb-C charge cable. Sadly there’s no spare pod included this time around which is a little disappointing.

The Miso battery is quite compact with an aluminium shell, a fire button on one side with a led indicator just above this and a usb-C charge port on one side. 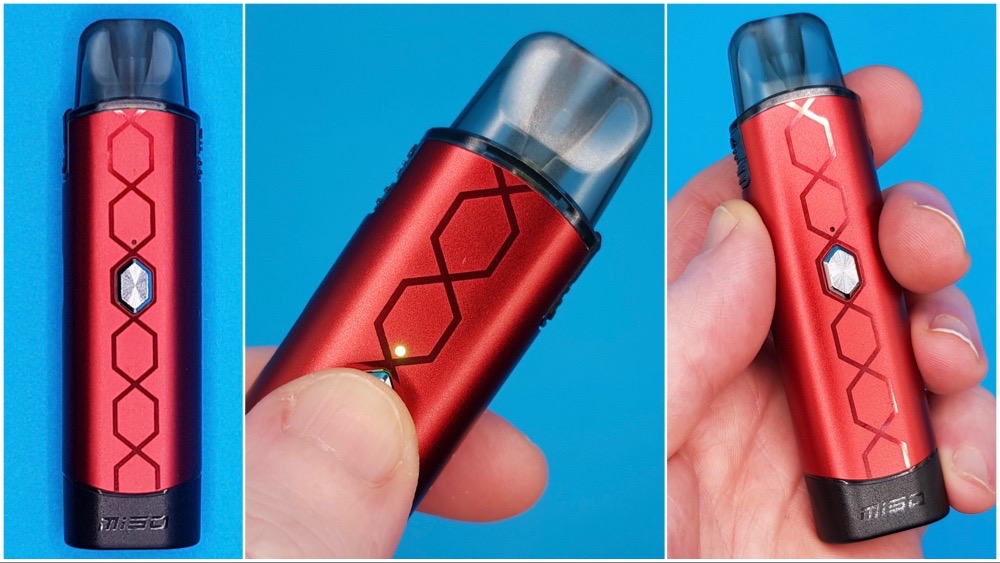 The Miso Pod uses a disposable pod system rather than a replaceable coil, and these are available in packs of three. Only one type is available at 1.2ohms with a 2ml capacity. Once again, the coil material isn’t mentioned anywhere but Univapo were kind enough to let me know that the coils are kanthal so they should be suitable for everyone. 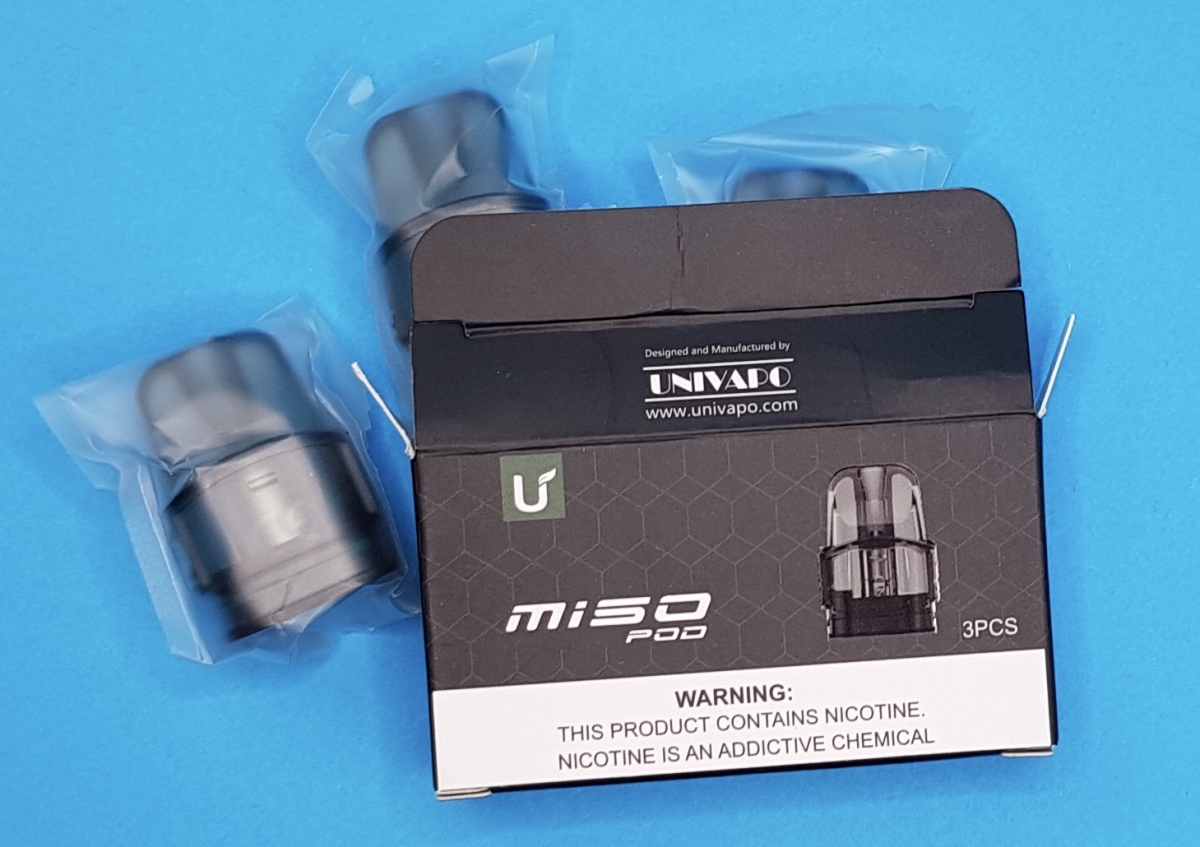 Pods are simply press fit into the top of the battery and actually feature two airflow options. Air comes in from one side of the battery only, and if you look closely you’ll spot a small cutout on the underside of the pod, place this towards the airflow hole for a slightly looser draw or away from the airflow hole if you want a tighter draw. In practice these are both definite mouth to lung hits, and for once I actually found myself enjoying the tighter draw here. The easiest way to tell which way round you have the pod though is via the fill bung on the side of the pod, if this is above the air intake then you’re using the tighter draw setting. With either setting, I got a really flavourful vape which is something I’ve come to expect from Univapo. The pod also boasts a small chamber which collects any condensation in the chimney to reduce spit back and condensation under the pod which I’m happy to report seems to work, I've not experienced either in the two weeks that I’ve been using this. 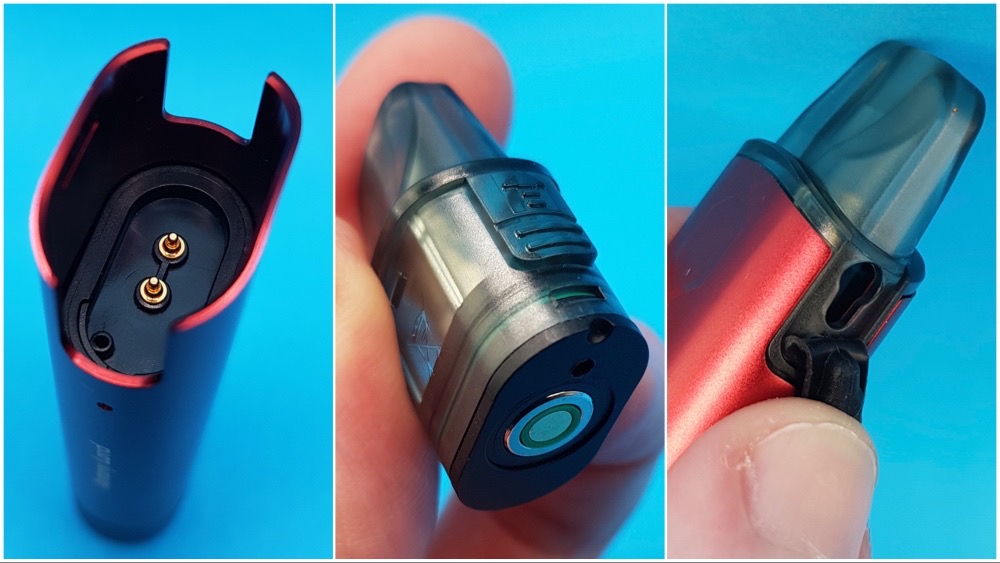 The fill port can be accessed without removing the pod which is a massive plus point, just pull the bung down from the top to reveal a surprisingly generously sized fill port.

The Miso Pod features autodraw which has worked flawlessly on two of the units I was sent for review, it seemed a little temperamental on the blue one though. Bear in mind these are pre production units though, and these type of issues aren’t uncommon so this should be sorted by release time. You also have the option to press the fire button instead although I’ve primarily been using these with the autodraw. You can also “lock” the device with three clicks which will prevent both the fire button and autodraw functions from working.

Charging is done via the usb-C port one the opposite side of the battery, this promises a full charge of the 600mAh internal battery in just twenty minutes. In my test, charging peaked at around 1.7amps with 550mAh recorded at the twenty minute mark.

Another great entry from Univapo, I’d definitely recommend the Miso Pod to a smoker or new vaper. It’s easy to use including the ability to fill the pod without needing to remove it from the battery, and the rapid charging facility is a massive boon here which means you’ll never be without power for long either. As I’ve now come to expect from Univapo, the flavour from the pods is fantastic and the coil life seemed very good as well. 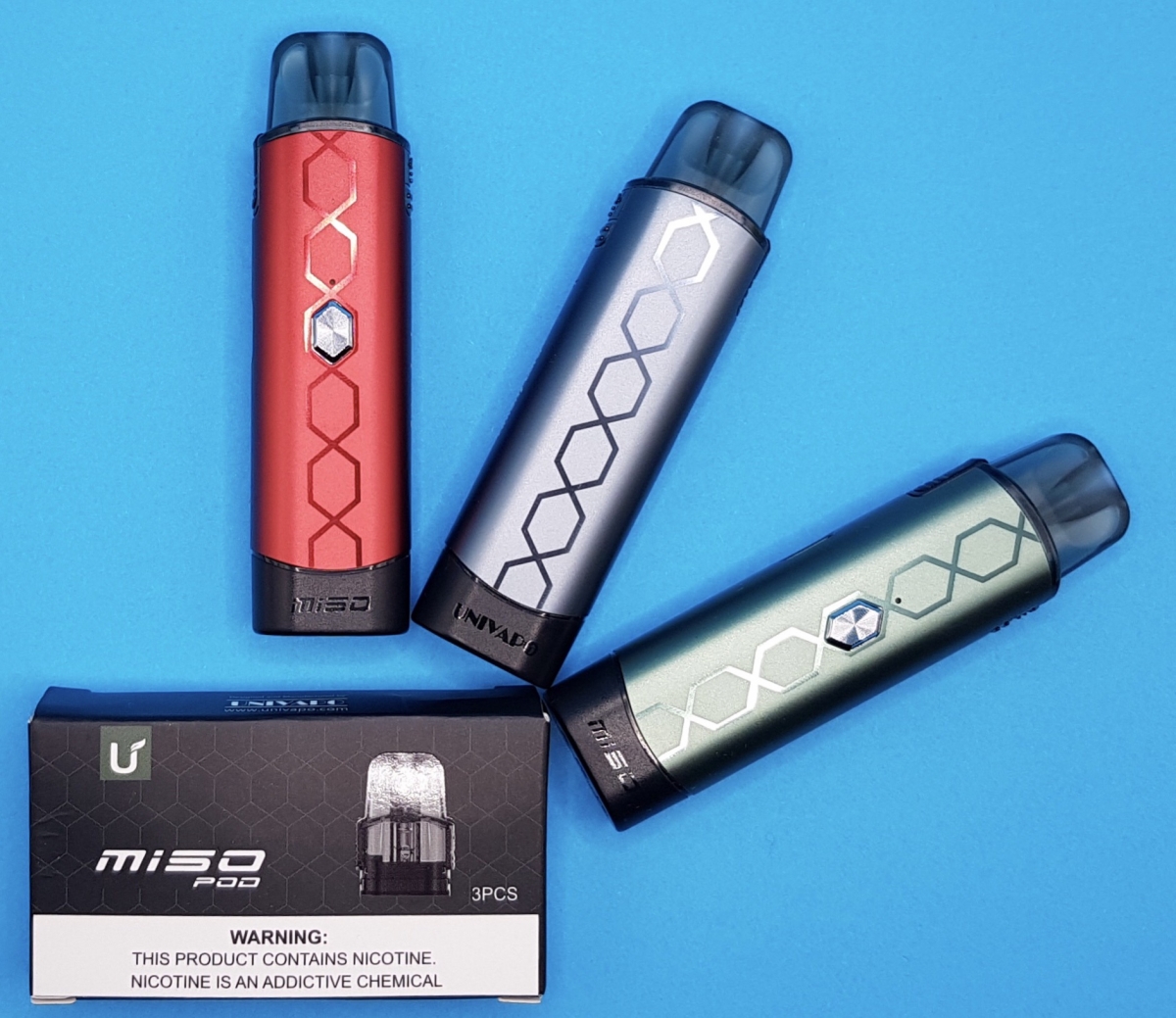