Interested to see if it was any good, I reached out to our ever generous friends at Sourcemore who were happy to send out the Suorin Elite kit for review.

The Suorin Elite kit comes in a small cardboard box which slides out like a drawer to reveal the mod. Having only seen photos online, I was expecting this to be on the larger side but was pleasantly surprised to find it is in fact tiny! Under the tray containing the mod, there’s a usb charge cable and a lanyard…wait a minute where’s the pod and the coils!? Well they’re cleverly hidden under the mod in two blister packs containing the pod with one coil already installed and a spare coil, very neat packaging and it certainly had me baffled for a second or two. 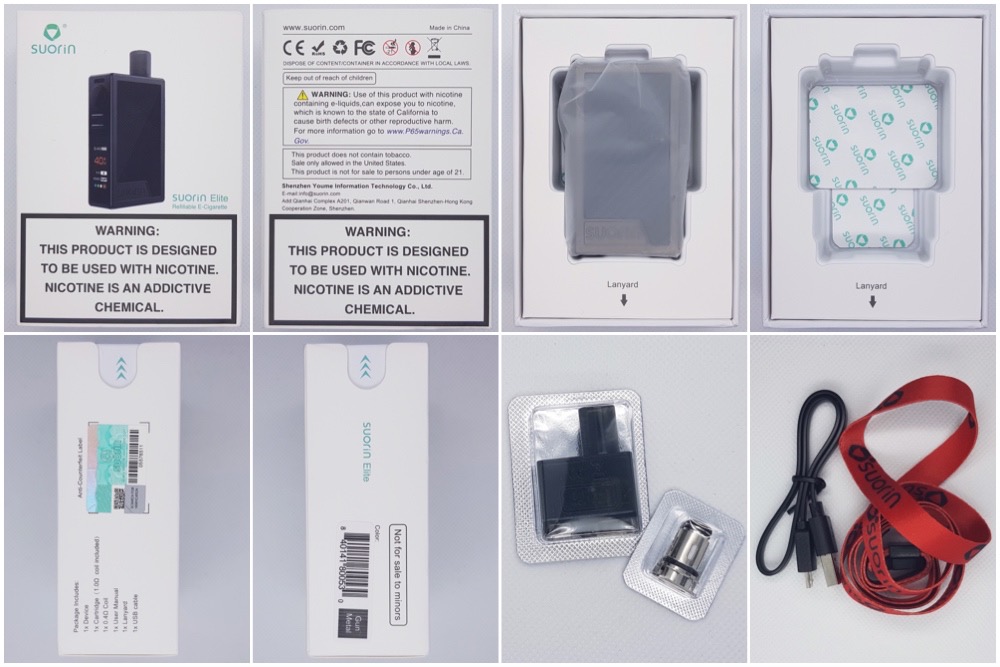 Despite it’s tiny frame, the Elite feels very well constructed and slightly weighty without being obnoxiously so. It sits quite comfortably in a shirt pocket and, for those of you that like such things, there’s the included lanyard to use as well. Mine came supplied in the “Gunmetal” finish with carbon fibre effect stickers and I’m quite taken with it. I particularly like the raised Suorin logo on the bottom corner with the otherwise minimal branding. A total of five colour options are available and they all look quite good.

The front panel has a slightly odd button arrangement with the up/down buttons immediately below the power button. All the buttons have a nice positive click to them with zero button rattle, and you can lock the up/down buttons to avoid accidental presses as well which is a good thing given their proximity to the power button. Under the buttons, there’s a bright 0.96inch TFT colour display and there are no issues reading this even in bright sunshine. The main wattage display is large enough for me to read even without my glasses, but they’re needed for anything else.

The back of the mod has a large rectangular cutout which doubles as your eliquid viewing window and the main airflow inlet. I found it of limited use for determining how much eliquid I had left, mainly due to the tinted pod, and you have to be careful not to block it with your fingers as it really does restrict the airflow if you do, especially when using the 0.4ohm mesh coil.

Up top, there’s a recess for the pod with two strong magnets. This most definitely passed the shake test. In fact on occasion, I’ve found it difficult to remove the pod as you have to grab it by the drip tip and pull up to remove.

On the underside, you’ll find some emergency venting along with a usb charge port. Suorin claim a 1100mAh capacity with a 50 minute 1amp charge rate. I was able to record a 0.97amp charge rate, however I wasn’t able to confirm the capacity or charge time as it seems to continue to trickle charge if left to its own devices. Luckily the Elite also has all the other modern safety features you would expect. Although overcharge projection isn’t specifically mentioned, I haven’t come across any issues in this regard. 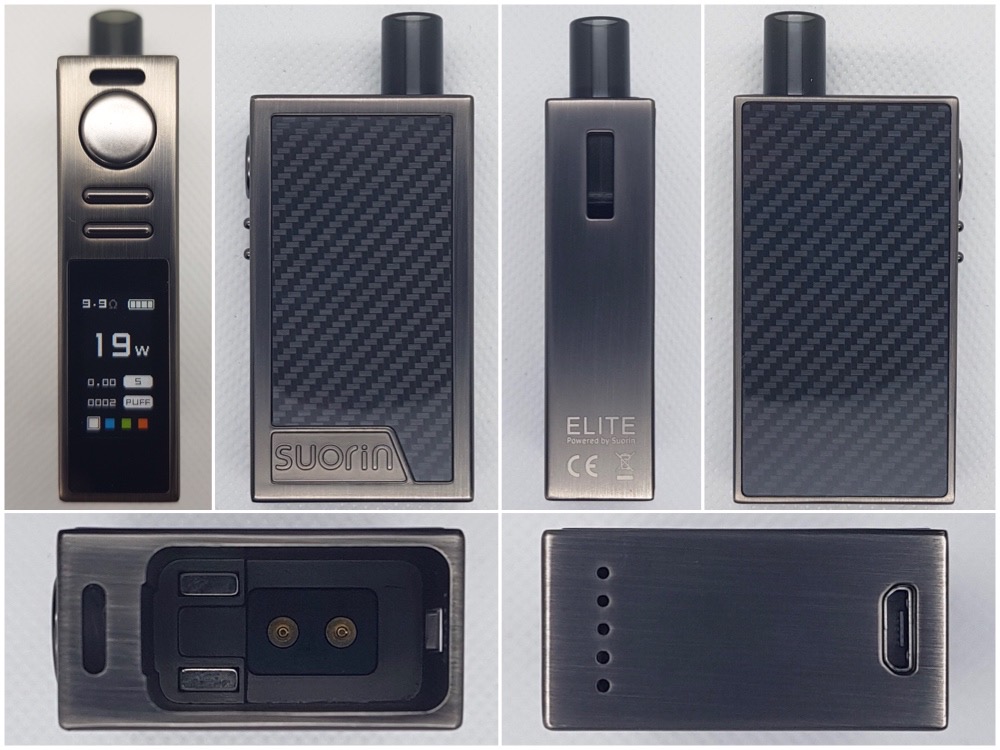 The pod itself has a decent 3.1ml capacity but is fairly darkly tinted rendering the viewing window useless. You’ll need to take it out to check that, and coils are simply press fit in from the bottom. I was initially worried this might be another pod that was going to be tricky to fill due to both the size and location of the fill port, but nothing could be further from the truth. This has been an absolute joy to use with no air locks or floods in sight, phew!

Although both coils look identical, they are easily identified by the large markings on the bottom. There’s no mention of coil material though and Suorin haven’t replied to a request for further information. 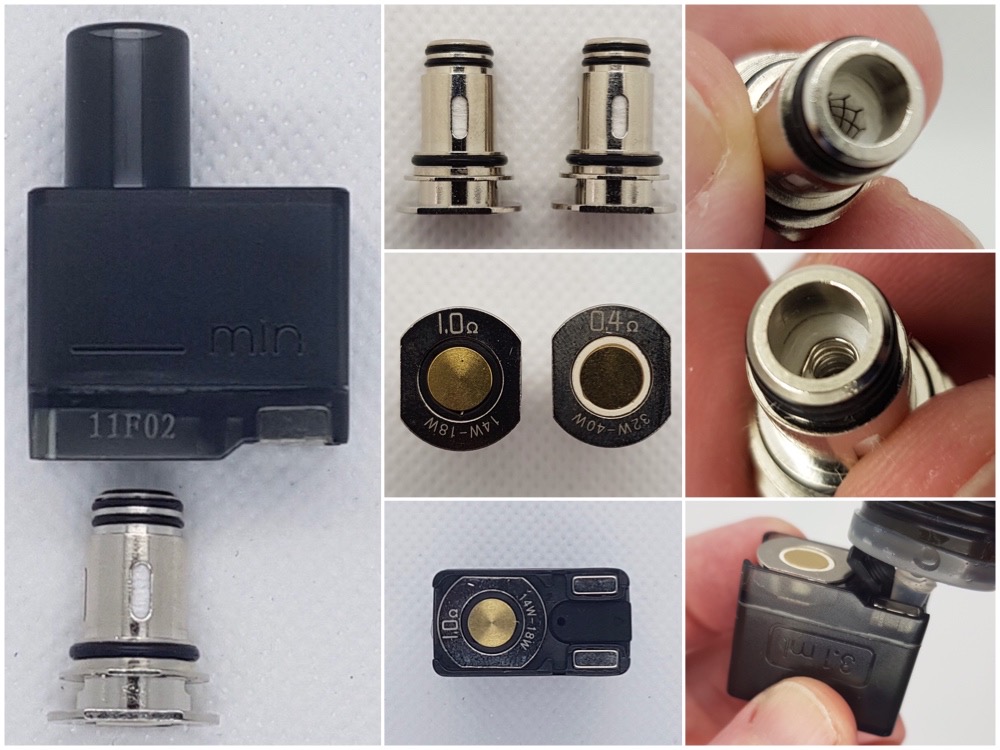 As I believe this is the first sub-ohm kit from Suorin, I was most interested to find out how the 0.4ohm mesh coil performed. It’s rated for 32 to 40 watts and even at the 32 watt level, I was surprised at how punchy the flavour was, and the airflow also seemed perfectly balanced for a nice restricted direct lung hit provided I didn’t block the airflow window. I was thoroughly enjoying the vape from this. Unfortunately the coil life wasn’t great and about half way through the fifth day it was done with definite burnt hits… luckily I always carry two setups with me as I was in work at the time.

The 1.0ohm round wire coil is rated for 14 to 18 watts and defaults to 16 watts. This again gave really satisfying, slightly loose mouth to lung vape and accidentally covering the airflow has much less of an influence here and coil life seems much improved.

I’ve not encountered much in the way of condensation or leaking with either coil, in fact this has been one of the driest pod systems I’ve used recently, but as always, I’d advise having a quick check and clean up whenever you remove the pod to fill. 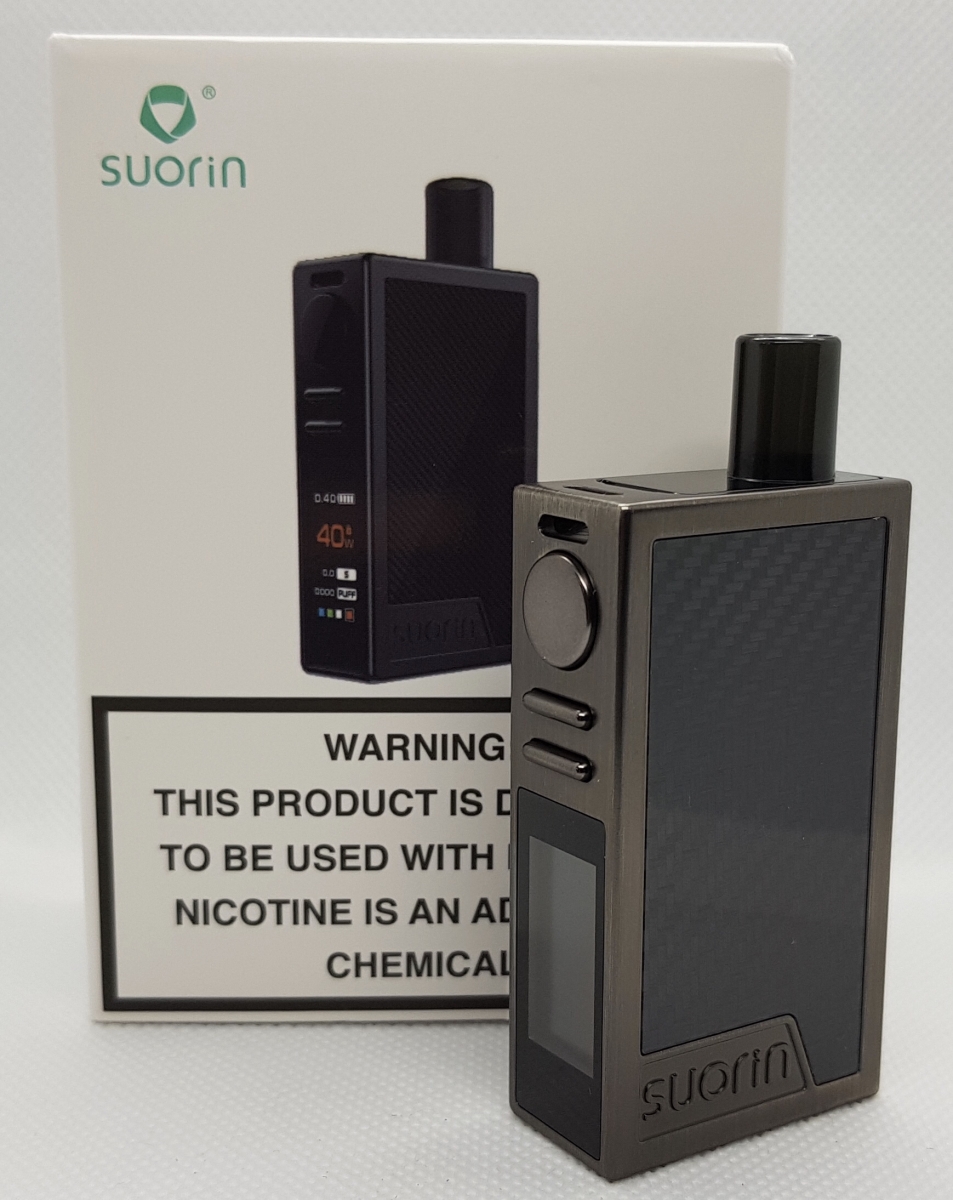 I’m thoroughly enjoying the Suorin Elite kit, and I was particularly impressed with the 0.4ohm mesh coil while it lasted. One annoyance I found in use though was that the Elite makes a weird ticking noise (polling the coil?) which lasts for five minutes after which it enters a “deep sleep” mode which requires two button presses to get your next puff, one to wake the mod and a second to fire. This gets frustrating after a while and is further complicated by the fact that three presses in quick succession also locks the fire button. This is one area that needs improvement and it’s really my only gripe with the Elite.

Many thanks to Sourcemore for sending the Suorin Elite kit in for review. 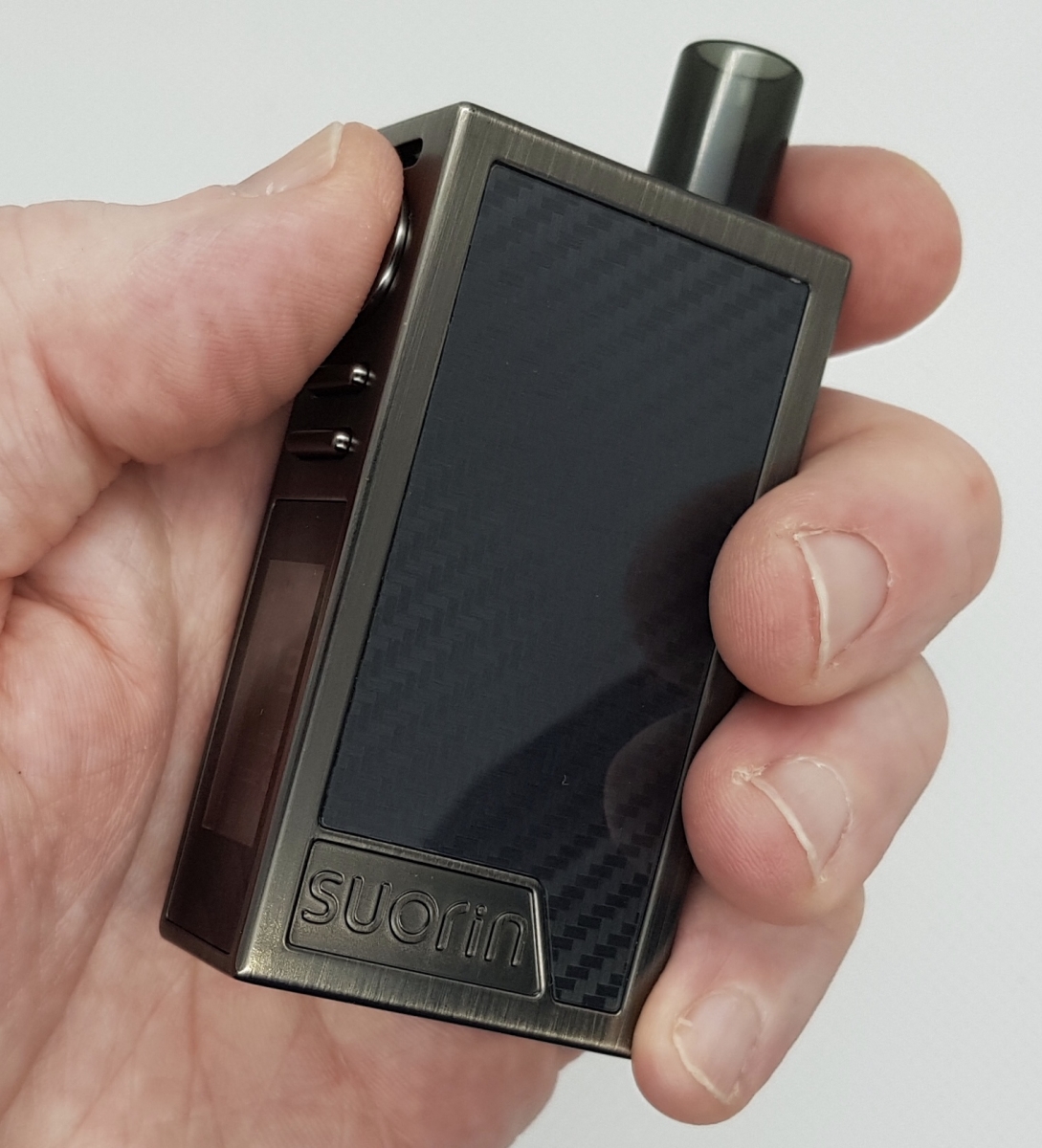