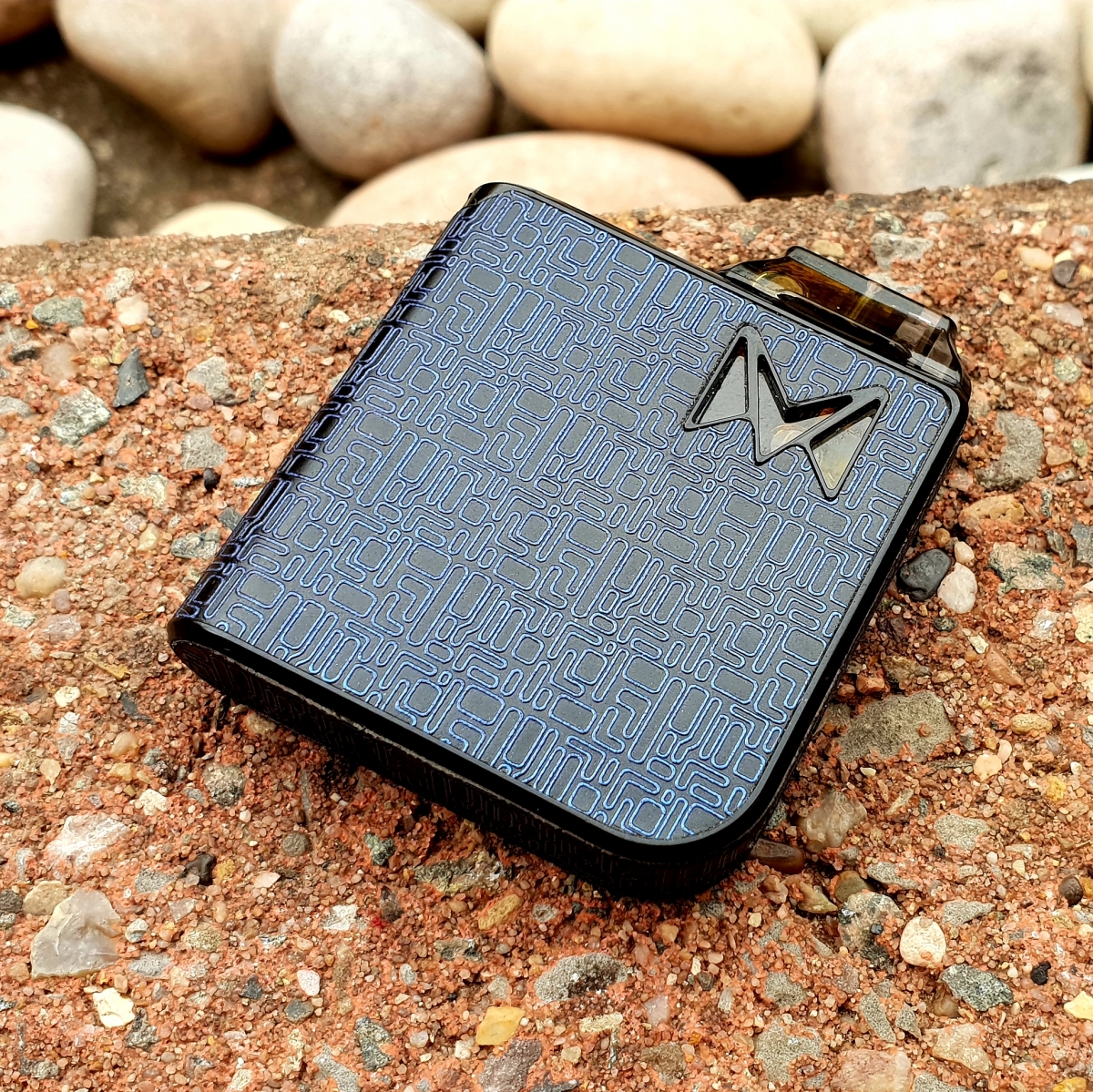 A custom made built in 950mAh battery has been designed to keep you vaping on the Mi-Pod throughout the day, and supports both pre-filled and refillable 2ml cartridges. A huge range of different colour finishes are available to purchase, so you can find one that suits your style! 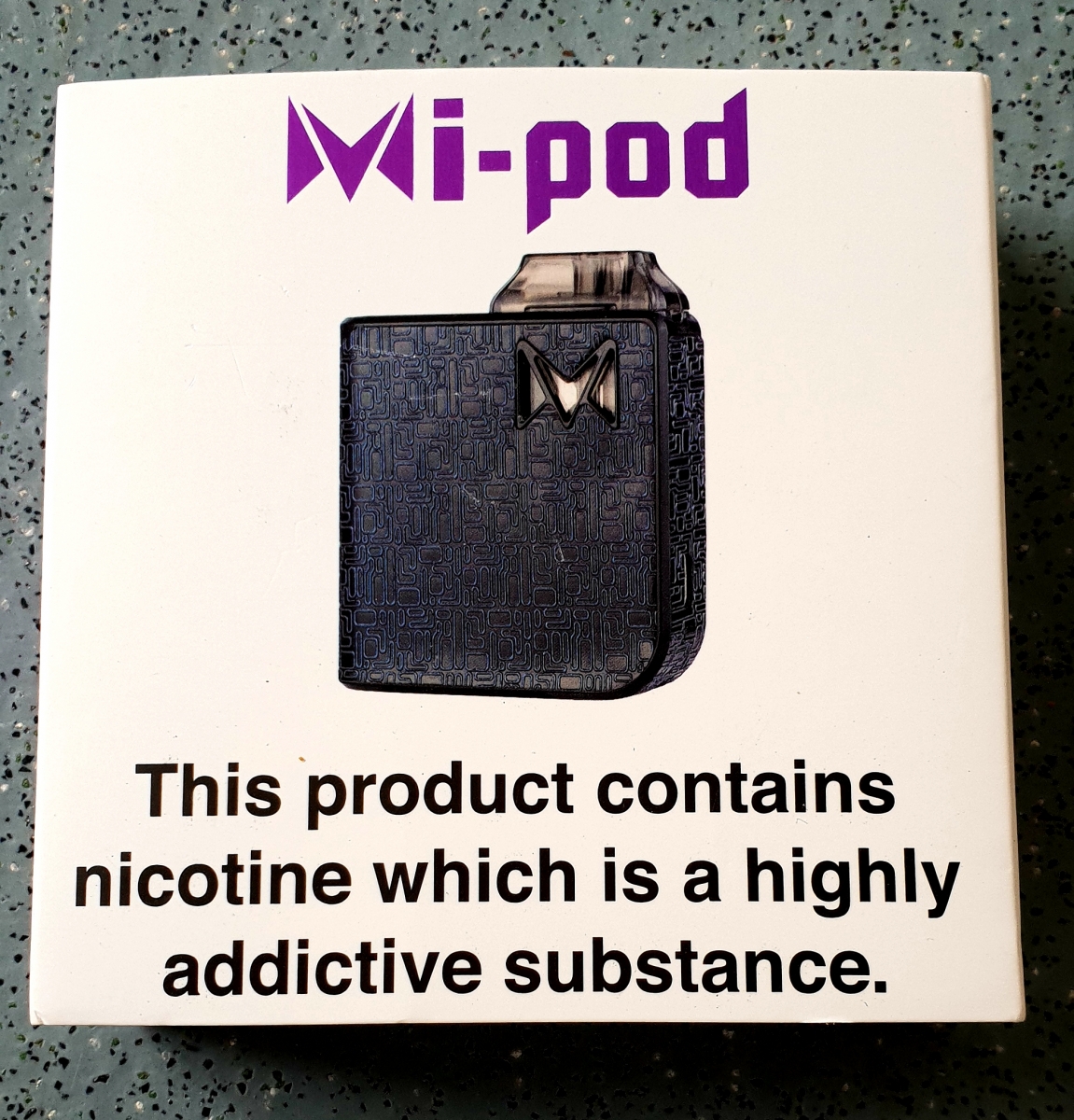 Right off the bat I can say that the Smoking Vapor Mi-Pod is one of the tiniest pod systems I've ever held in my hand. It measures a tiny 51mm x 13.5mm x 60mm, and somehow Smoking Vapor have managed to shoehorn a 950mAh high drain Lithium battery inside, which is about three times the capacity of many other pod systems on the market! 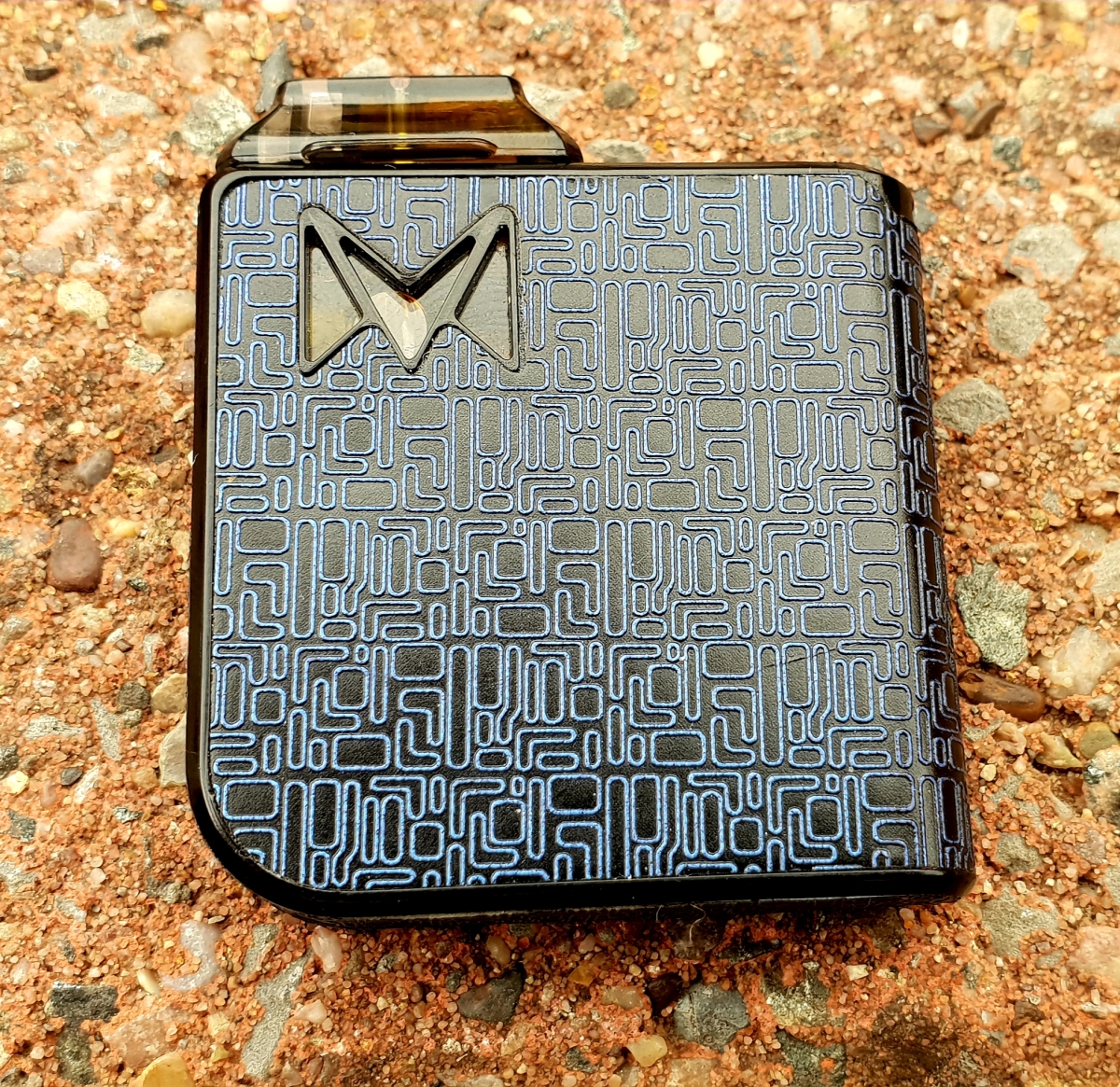 The Mi-Pod that I was supplied for review came with the Electric Blue finish, and there are a massive range of styles and colours available for the Mi-Pod. The finish is only stickered onto the device, which kind of cheapens the look of it in my opinion, and the stickers can peel off quite easily too.

In the top corner of the Mi-Pod is a large viewing window, which allows you to see roughly how much juice is left in the pod, however it's just as easy to just remove the pod and see exactly how much E-Liquid is left inside. A tri-colour LED is also viewable through the viewing window, and this displays red when the battery is at low voltage, purple at medium and blue when fully charged. The USB port is located along the side of the Mi-Pod, just above a small on/off switch.

Using the Mi-Pod and Performance

Refillable 2ml cartridges are supplied with the Mi-Pod, and you actually get two of them included in the box which is a bonus! These are dead easy to refill too, simply pop open the silicone bung at the base of the pod, and fill from there. If you are filling a pod for the first time, leave juice in it for at least five minutes before vaping. I've found that the pods can take up to 70/30 juice with ease, and the pods can be refilled multiple times.

The pods are designed for a loose mouth to lung/restricted lung hit, and in the box you'll find a small piece of plastic that can be inserted into the airflow hole on the pod to provide a tight mouth to lung draw. I found that I preferred the airflow on the looser side, and I actually really enjoyed the smooth draw and good flavour that I got. 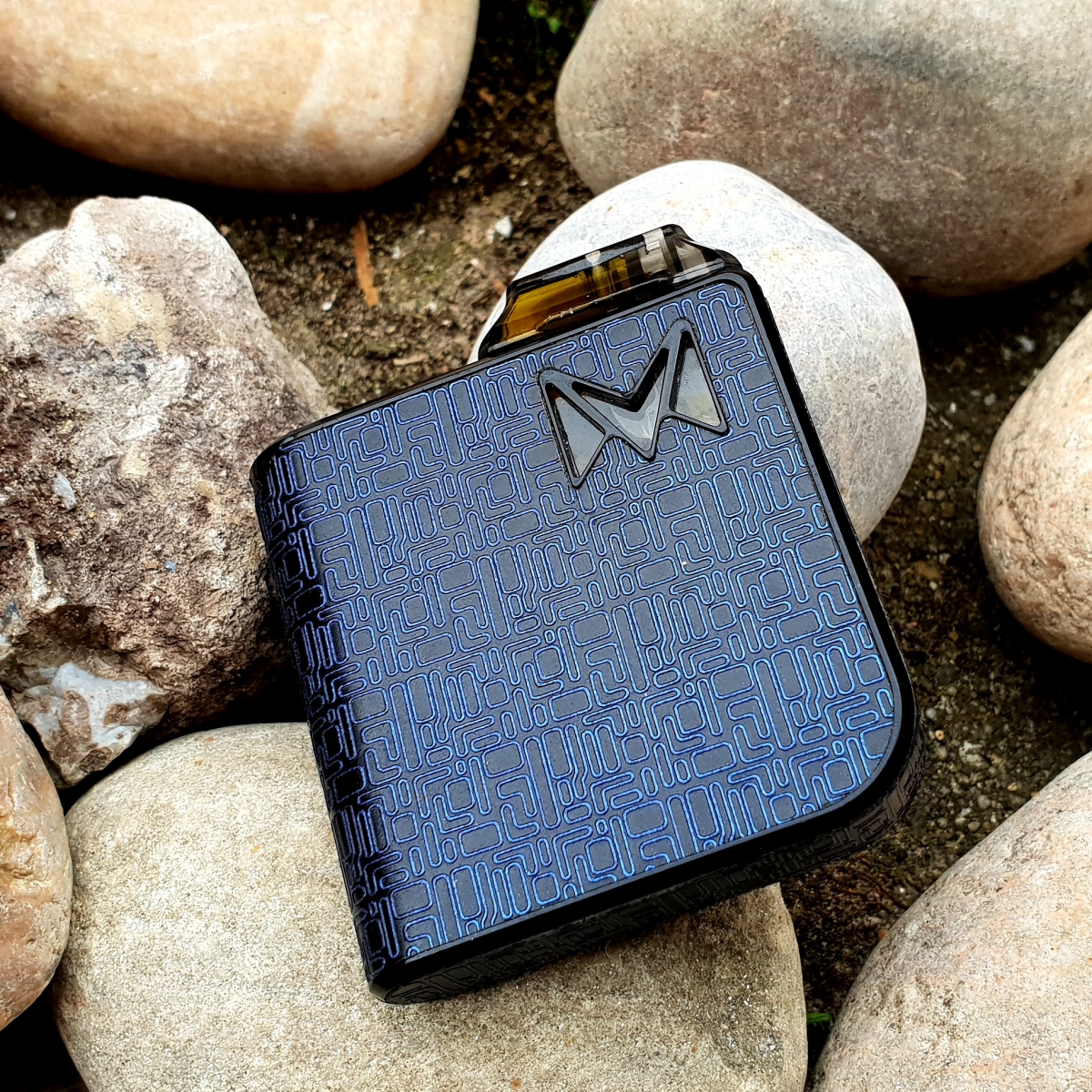 One aspect of the Mi-Pod that really irritated me was the magnetic connection system between the Mi-Pod and the pod itself is absolutely terrible. The slightest bit of pressure placed on the pod causes it to pop out, and after a couple of days I got so fed up with ending up with a pod in my mouth or on the floor that I ended up throwing the pod out of the window! After having a breather I tried out the spare pod included in the box, but the same issue occurred. Very frustrating!

A large 950mAh battery is built into the Mi-Pod, which is a real plus point. I could get well over a day's use out of it before recharging, and it charges up quickly via USB. An on/off button is also found on the Mi-Pod, with five clicks to turn it on and off, though I did find this a little pointless on a draw activated pod system!

Another issue that I must point out was that after a couple of weeks of use, my Mi-Pod just stopped working completely. I'd given it a full charge via the supplied USB cable attached to my laptop, and after I took it off and had a draw on it nothing happened. I pushed the on/off switch multiple times and checked the connection between the pod and the Mi-Pod itself but it still refused to work! These things do happen with mass produced pod systems, so I'd put it down to a fault with my unit.

The Mi-Pod is a device that I really wanted to love, it's got great looks, a good vape off of it (when it works), excellent battery life and it's perfect with nicotine salts, but the issues that I experienced with the pod connections and the fact that it gave up working after a couple of weeks unfortunately left me feeling a little deflated.

It's a pod system that promised a lot but failed to live up to my expectations, and upon doing a little research on various forums and social media groups there are reports of the same issues I experienced, especially around the pod connection. Of course, if these issues have been rectified by Smoking Vapor, I'd happily give the Mi-Pod a re-review! 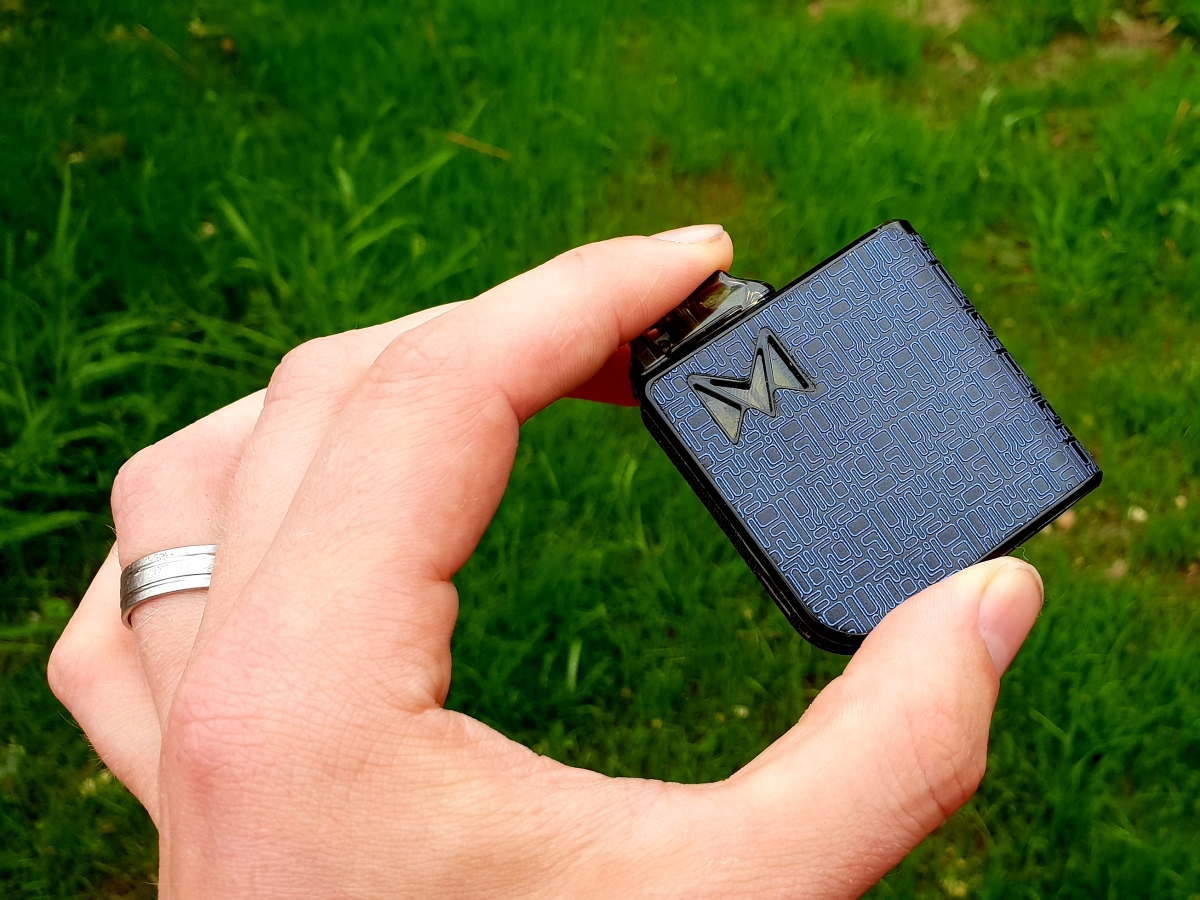