To mark 10 years of ecig production, Smok have released a new pod system called the Pozz X, a compact 1400mAh internal battery with a removable pod and capable of taking any of the RPM40 coils including the RPM RBA. This covers DTL and MTL, and those who enjoy rebuilding. Boasting a wattage range of 5-40W, does the Pozz X deliver? 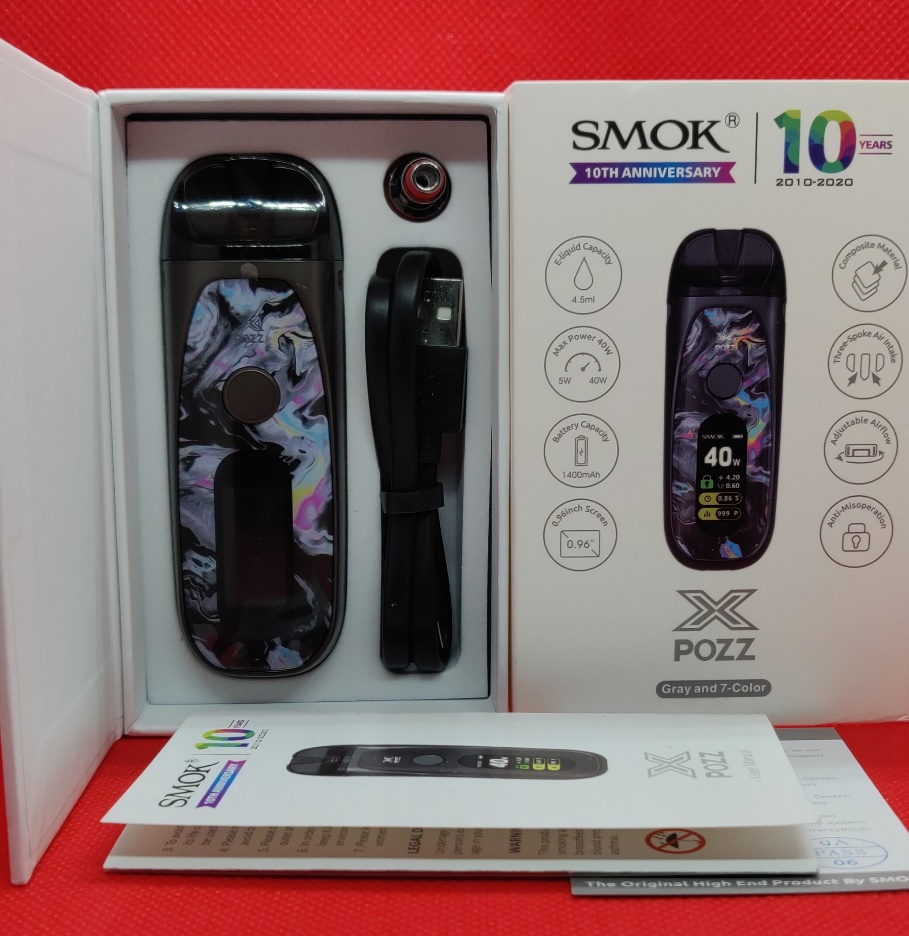 In the box and specs

The Pozz X comes in a sleeved outer cover revealing a lidded box containing the pod mod, extra coil, USB cable and manual. It is a well packaged item, solid but easy enough to access. The image on the front shows the colour provided, in this case grey, and the seven alternative colours, graphic representation of features and a 10th Anniversary banner. On the rear is a contents list, various disclaimers and compliance marks. On the sides is the usual scratch and verify stickers, along with company details.

This feels like a well made pod mod with a fair bit of weight. The body is electroplated and has an oven baked paint finish that looks and feels very smooth without being over slippery. Front and back resin panels are of a four layer composition for colour depth and hardness, with a 0.96cm TFT colour screen that is easy to read even in sunlight. A fire button completes the front face and the USB is located on the bottom. The USB location is normally a negative but given the base is curved the pod cannot be stood up anyway, it’s not a major issue. The pod itself is a smoked PCTG, resistant to most, if not all, tank cracking juice but transparent enough to view juice levels easily. Refilling is via a rubber/silicon plug situated on the side, and the coils are a push fit. The mouthpiece is the fairly standard wide duck bill style that personally I don’t mind but I know that some other vapers don’t like.

Once fully charged it was time to pop in some juice and start vaping. The pod comes fitted with a 0.4Ω mesh coil, and a 0.6Ω triple coil is also supplied. Filling up is easy enough unless you’re using a fat tipped bottle, but thinner Gorilla style fit fine. Being transparent, it’s easy to see the juice level and avoid overfilling. Once filled, just refit the plug and let it sit for 5-10 min. 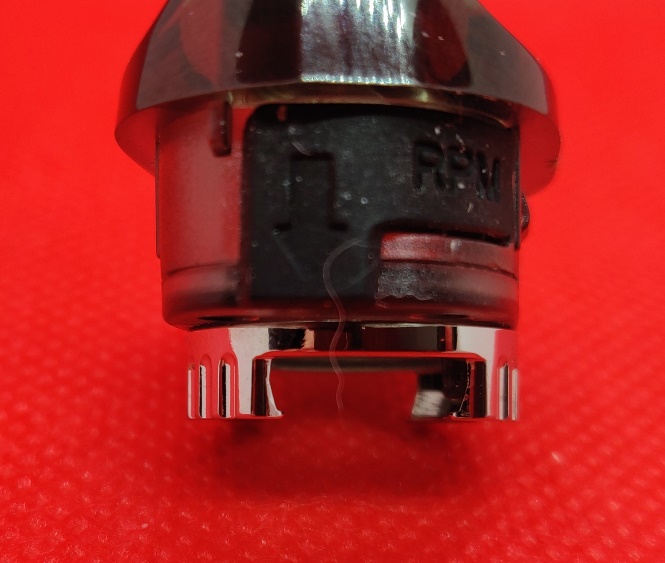 Before fitting the pod to the mod, the airflow will need adjusting as the airflow ring isn’t accessible once mounted. The pod is a simple push fit and is very secure, perhaps a little too secure as it is a pain removing if you have wet/sweaty hands. This is due to it being a click fit as opposed to magnetic as seen on other systems. Five clicks on the fire button turns the mod on (& off). The device doesn’t auto sense the coil and set an advised wattage. Three clicks on the fire button sets the wattage flashing, and using the fire button you can step through the power levels in 1W increments. At 40W you have to press again on the fire button to start over from 5W. This can be a pain if you overrun and have to cycle through again. The recommended wattage for the 0.4Ω & 0.6Ω coils is 25W so I started around 18W to prevent burning the cotton. After a few minutes soaking prior to firing, I soon got up to the suggested 25W. 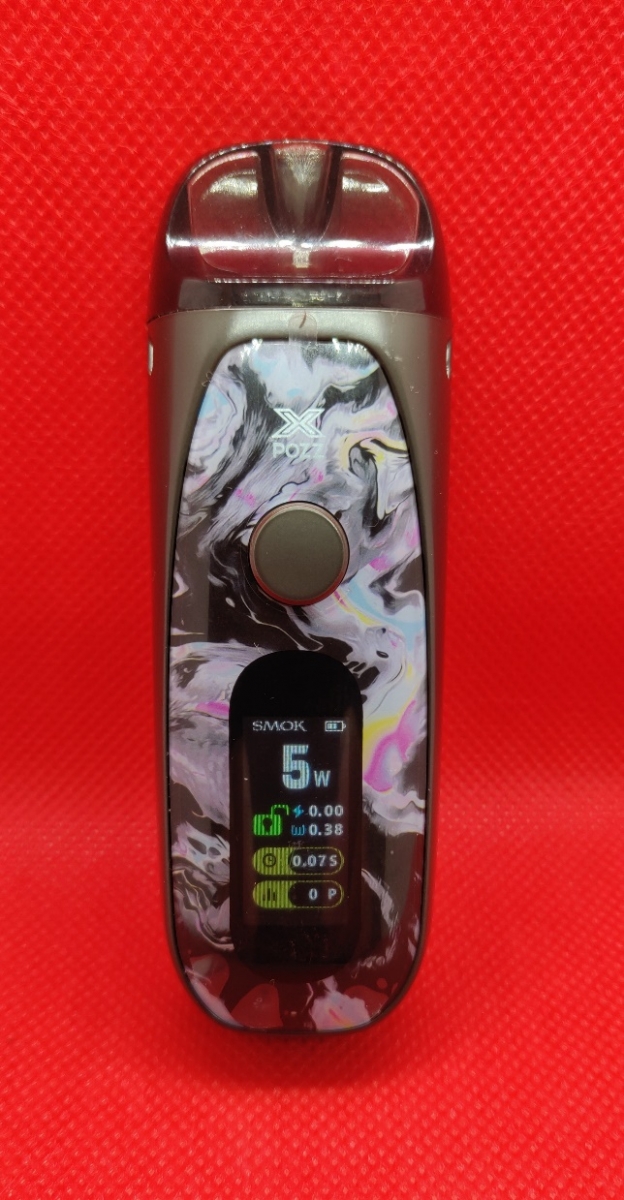 Using my adv, Butter 03 @3mg 70/30, it was a moist, warm vape although slightly muted compared to the RTAs I normally use. Still, it was an enjoyable vape with no spit back and it was smooth. With three air slots either side and the adjuster wide open, it was definitely a cloud chucker. Popping the pod off and adjusting things down, I found the sweet spot for around 2/3rd open at 25W. Closing it any further and the power dropped kept it a nice vape and less cloudy. Opening it up fully, I pushed the power up to around 35W before it felt on the verge of dry hitting. This sense of dry hits was more evident as the juice level fell to the height of the wick holes in the coil head. Although the tank is see through, you cannot see the bottom of the pod unless you remove it or tip it upside down to see whether there is any juice left in. Not a big issue as I soon got a feel of the juice level by how much I could see in the tip. Due to the way this pod fits in the hand, I found it quite hard to accidently block the air slots unlike a couple of others I’ve tried. Given the 1400mAh capacity, run time wasn’t terrible although running around 30W, I got around 80 puffs at about 3 seconds each. One thing I did find was the battery meter would go from a third to no vape very quickly yet when I plugged in to charge, it was still showing around 20%. Using a MTL coil would undoubtedly give you more run time, unfortunately none came with the kit to test this out. Whilst testing the 0.6Ω coil, I tried shutting the airflow completely to see how restricted it was but I can only describe it as restricted DTL. Obviously with a dedicated MTL coil, the airflow will be further restricted but I reckon that this would be a loose MTL, not tight. Regarding the 0.6Ω coil, I actually found this better flavour wise and less cloudy than the 0.4Ω coil, especially around 27W fully open. 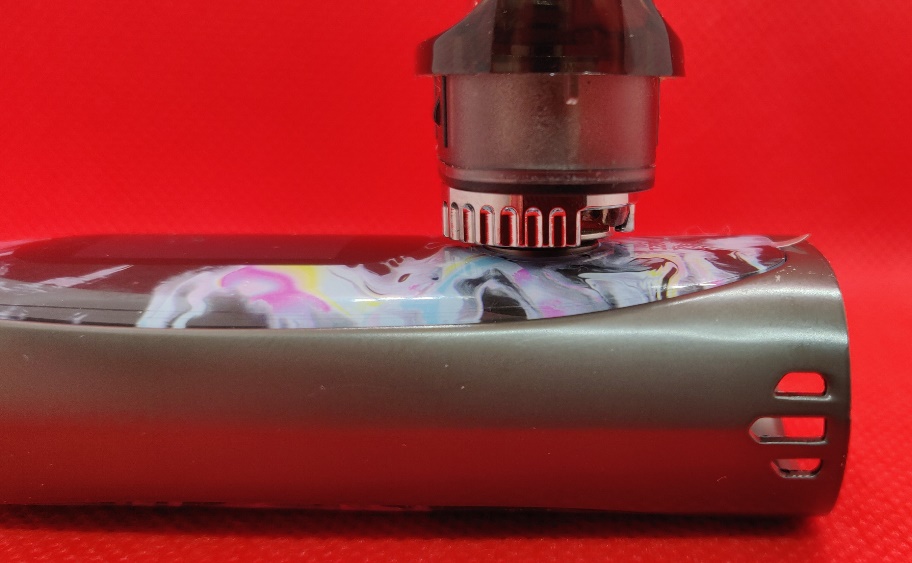 To round up this review, I will highlight a couple of niggles first. One is the pod isn’t the easiest to remove due to being a tight click fit. Next issue is the pod miss-reading the resistance. On the 0.4Ω coil, the mod was showing 0.47Ω (more than 10%), and the 0.6Ω coil at 0.67Ω. Not a big problem given there’s no autoset, but quite a way out for stock coils. Unfortunately, the RBA head I ordered failed to materialise so I haven’t been able to see if it’s just a variance in stock coil quality or the mod section. Last gripe is that the air flow can only be adjusted with the pod off, but once set it stayed locked despite the control ring being fairly loose. Whilst this is a pocket friendly pod, I wouldn’t put it in a shirt/top pocket due to it’s weight and the likelihood of it falling out when bending over.

On the plus side, this is the first pod system that hasn’t leaked into the mod. This is a big plus as every other pod system I have used to date has leaked/weeped or had condensation issues. It’s comfortable in the hand with a nice weight for such a small pod, not much taller than a 18650 cell. I’ve had it carried in a pocket with no issues and no scuff marks from change. The fire button is nice and positive, with a welcoming click and no rattles. The menu system is basic but easy to use other than having to cycle through if you overshoot when setting the power.

Both the supplied coils have handled 70/30 juice with no wicking issues so it means I can carry this around with my favourite juices and leave a bigger set up at home. I’ve enjoyed it that much that I ordered extra pods, coils and the RBA head as I intend to use this as a work setup once lockdown is over. This available in the UK at around £30-35 but will be the 2ml TPD compliant version. I would suggest sourcing extra pods from overseas to give you the greater capacity.

Many thanks to Vapesourcing for supplying the Smok Pozz kit for review. 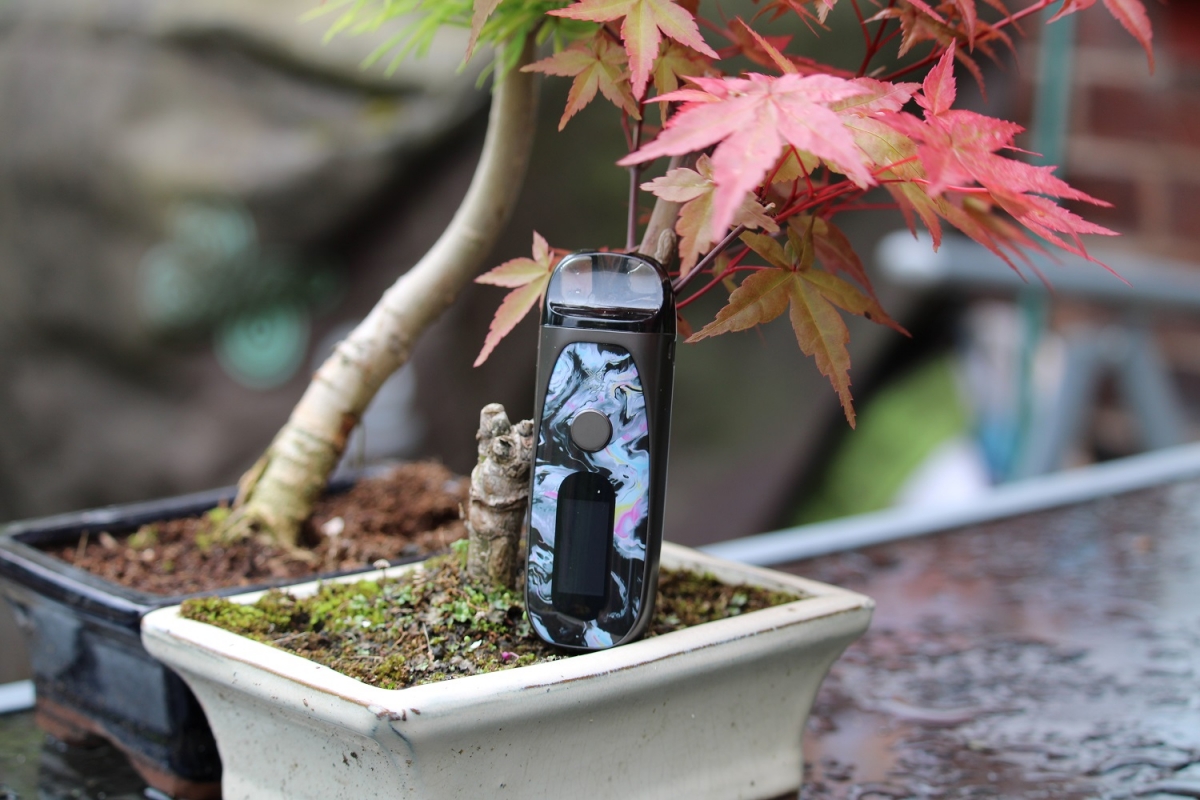