Vape Club kindly sent me out the QIS Vape Bar range for review. I’ve not used this kind of device before so I was intrigued to see how they performed and if the flavours were any good. All the flavours come in 10mg and 20mg nic salts and are 50VG/50PG or 40VG/60PG depending on the flavour.

The device itself is very much a bar as it is literally a bar that is slim, lightweight and easy to slip into a trouser or jacket pocket. I wasn’t sure that a rectangular device would be nice to vape but it’s actually very comfortable to vape from and the draw itself is very cigarette like. There’s very little to it, there’s no settings, you just pick up and vape. The auto-draw works very well, providing a nice vape in an instant, and the hit from these are just what you would expect, decent from the 20mg and less intense from the 10mg.

Each bar is filled with 1.3ml of liquid and the claim is that these will give 300 puffs or 20 cigarettes. I take quite long draws and was getting an average of 230 puffs per device which wasn’t quite enough to last me all day. Every device was the same whereby the battery ran out before the liquid, but one of them was unusable as when I took my first draw it made a small popping sound, started to hiss and then gave up and I couldn’t use it so it was disposed of properly, safety first people.

Spearmint – A nice dollop of spearmint with a definite hit of ice. It’s nicely flavoured with a good fresh hit. Imagine popping a polo mint and a spearmint polo in your mouth at the same time and then breathing in, and you’ve got exactly what this is like. I really like this, it’s minty and refreshing, and I could definitely vape this all day. 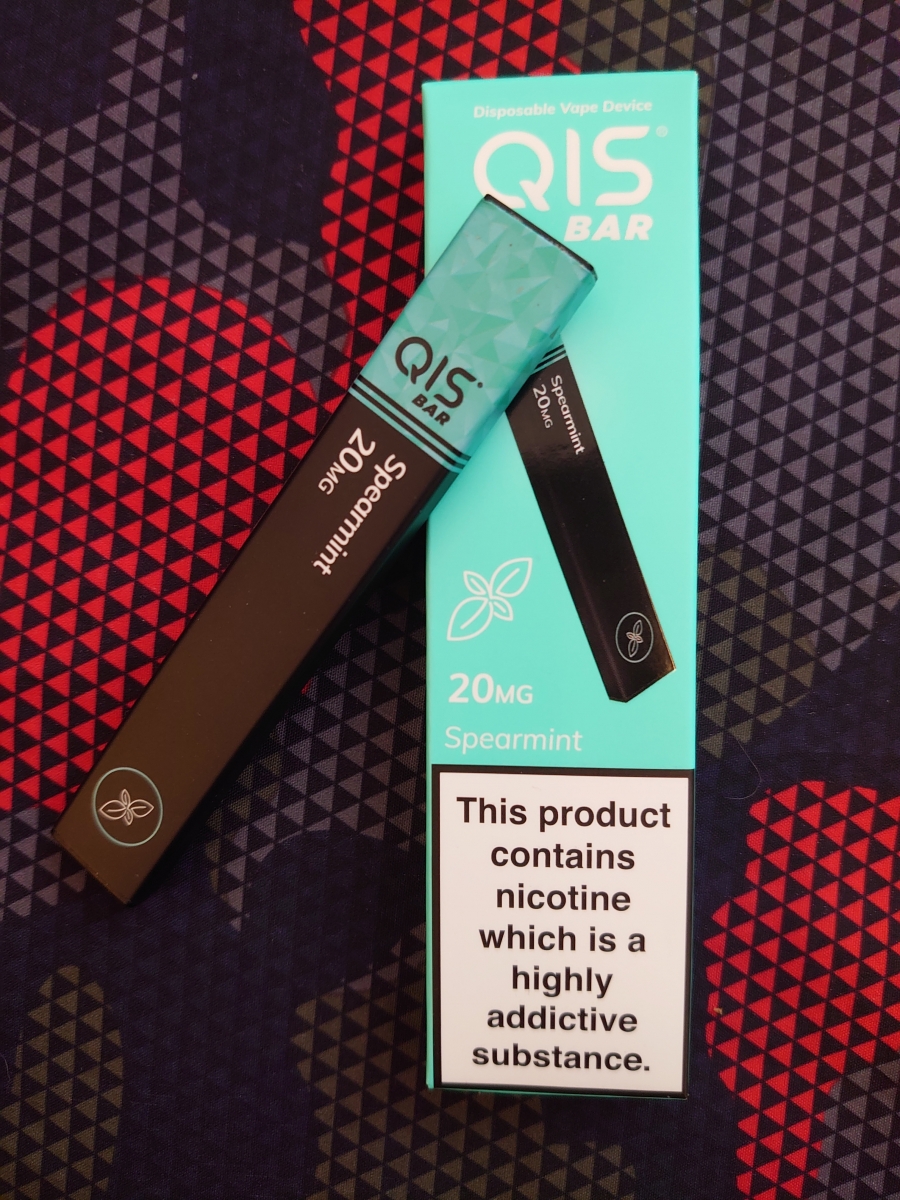 Strawberry Ice – A candied strawberry rather than an authentic one. There’s not much here in the way of ice, just a nice cooling effect. It’s a decent flavour but I wish the strawberry was slightly more prominent and there was a bit more of an icy kick. 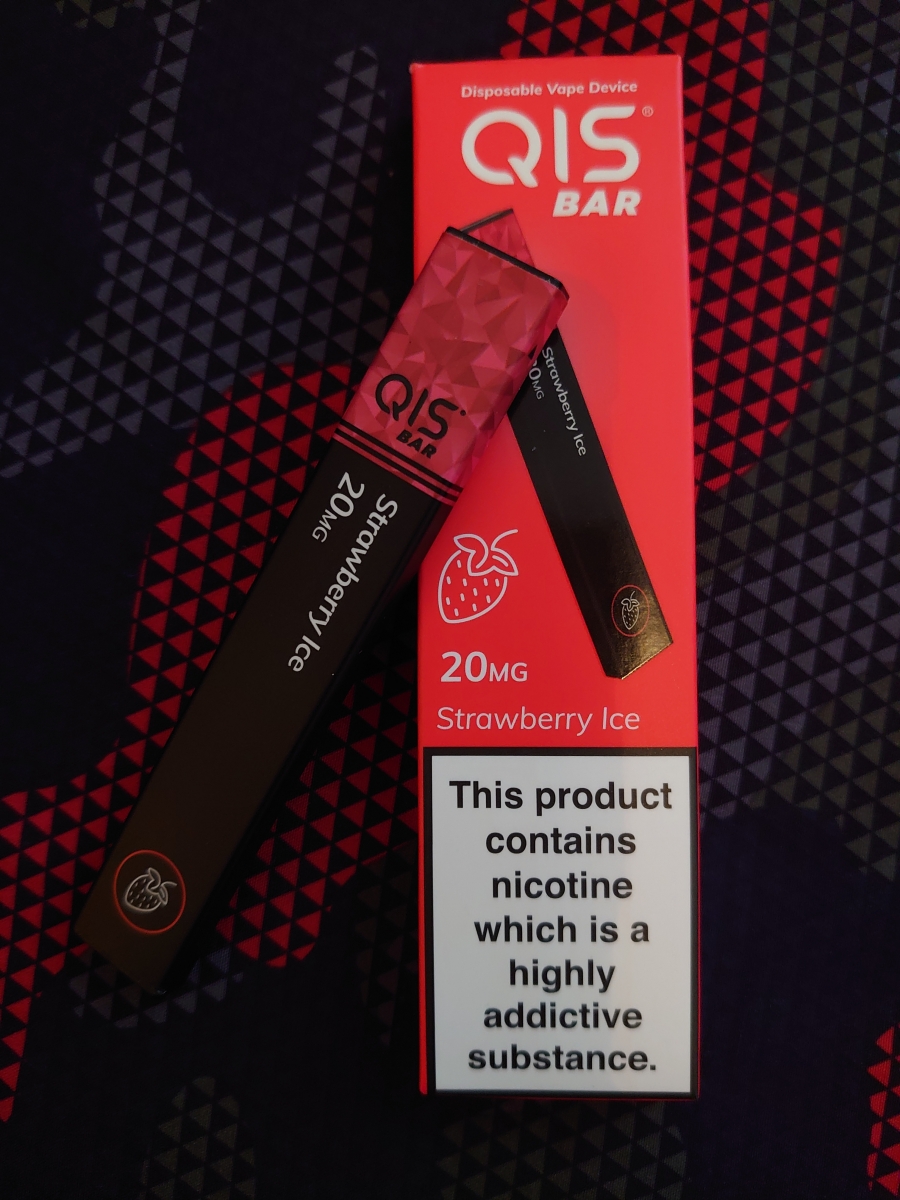 Blue Raspberry – A Heisenberg-esque flavour on the inhale with a hint of the raspberry sitting underneath. The exhale sees the raspberry come through more and gets stronger towards the end and a nice fruity taste is left in the mouth. It’s juicy and refreshing and I’d happily vape any day. 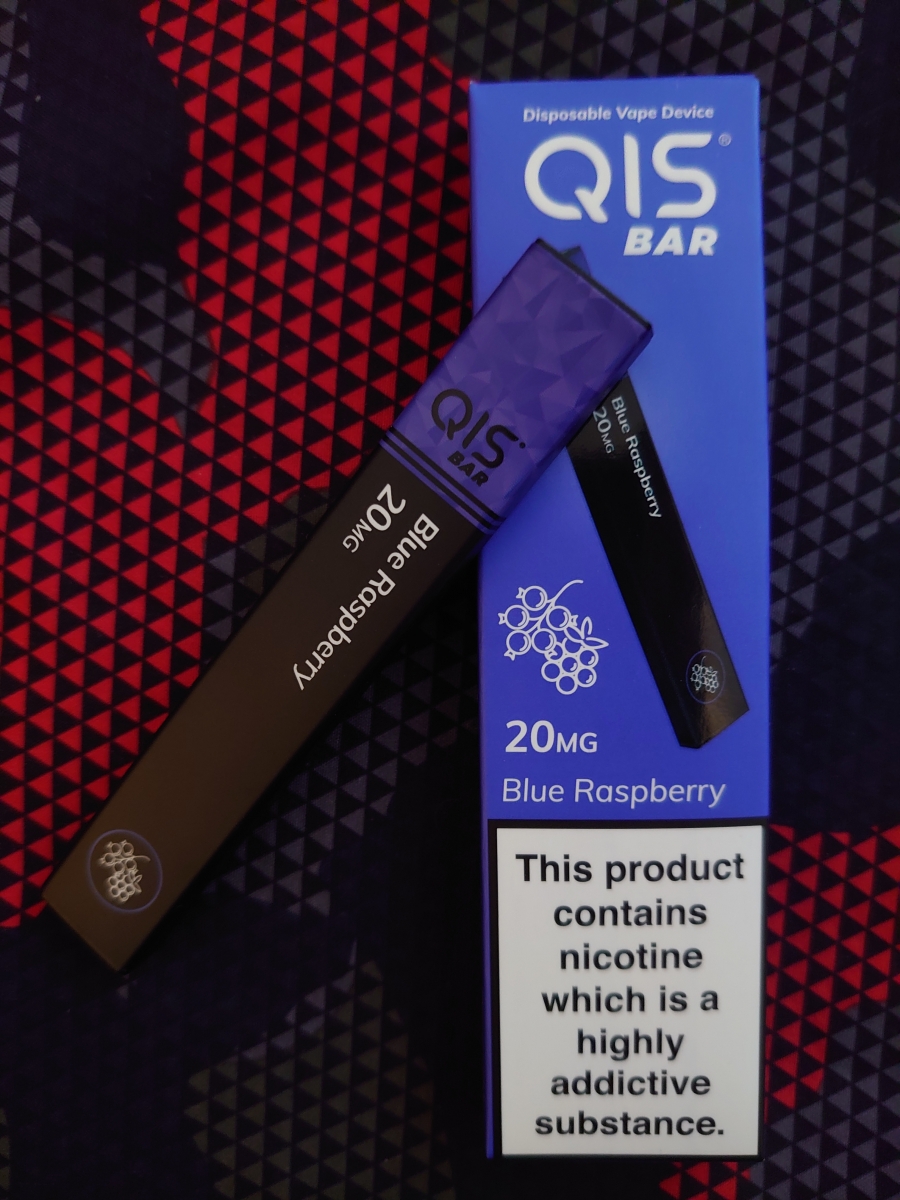 Mango Ice – I’m not normally a fan of Mango liquids but this one is quite delicate and is all the better for it. There’s a nice balance between the cooling effect here and it’s quite sweet and moreish. If you like mango, then I think you’d like this. 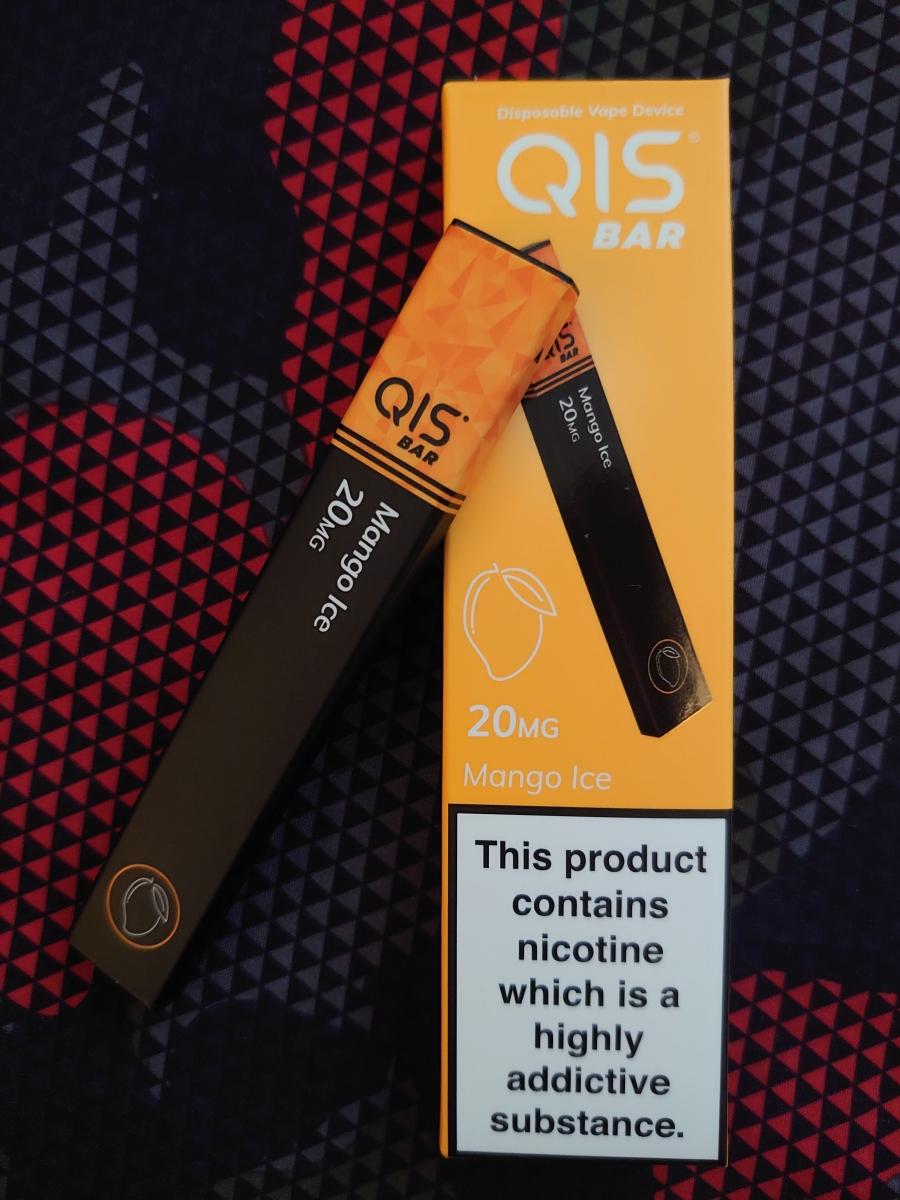 Peach Ice – A nice peach flavour with the ice tying in well without ever overpowering the peach. The flavour is nice but there’s just not enough of it, the whole thing feels like it needs a boost as it’s all just a bit underwhelming. 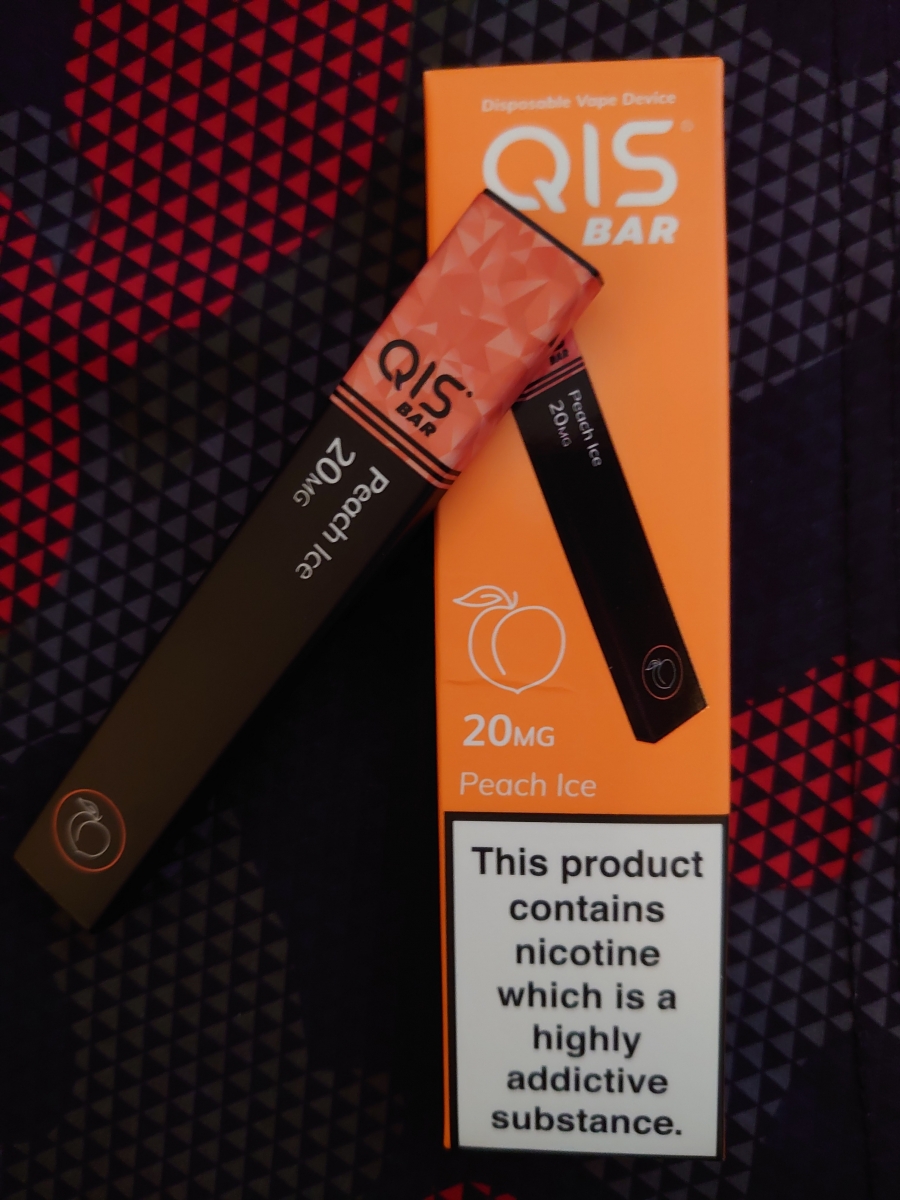 Lush Ice – Oh wow, that’s a lot of ice! That’s what hits you first and it’s so icy a penguin would get chills. There’s a hint of watermelon in there somewhere but it’s quite a sweet and more candied flavour than authentic but it’s mostly lost due to it feeling like you’ve inhaled snow. 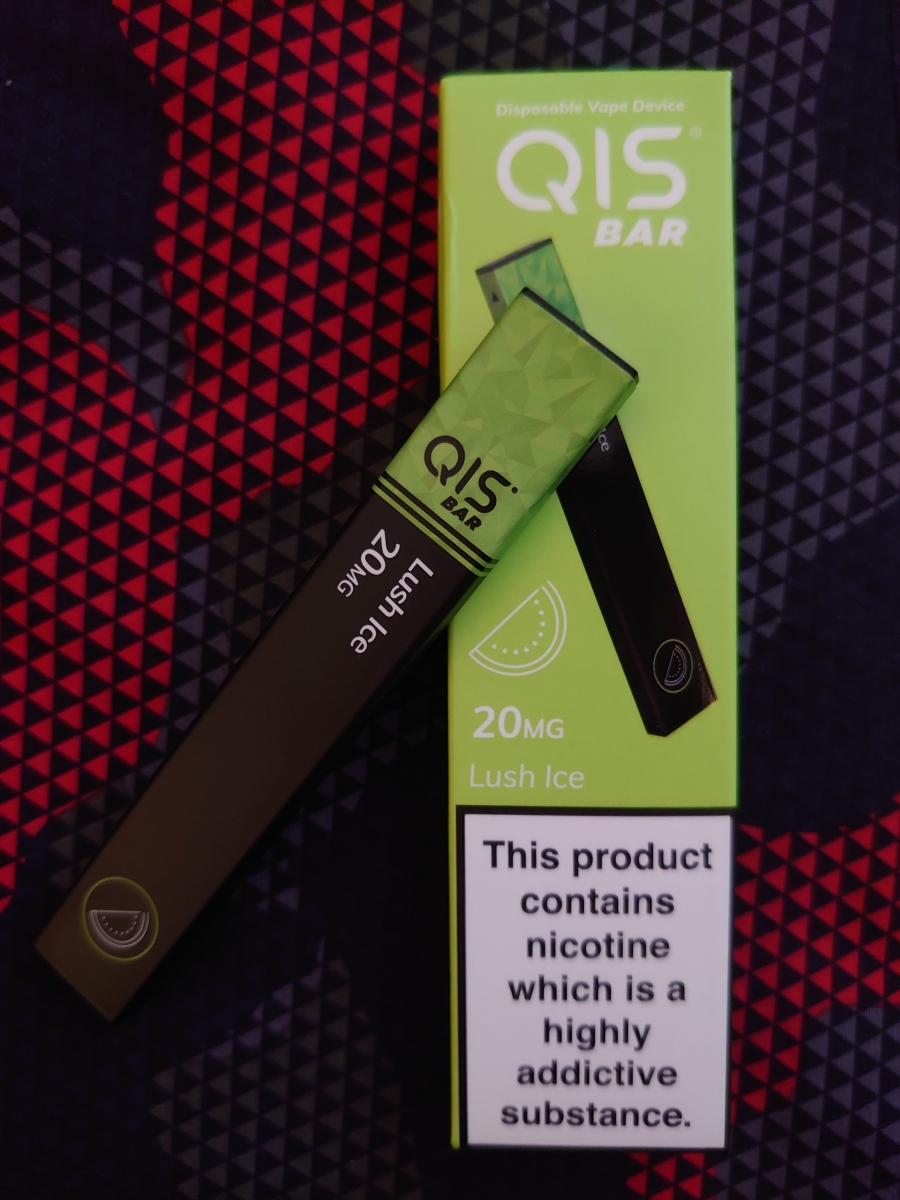 Pink Lemonade – There’s a nice pink lemonade flavour in here somewhere but there just isn’t enough of it. It does taste like pink lemonade and a half decent one at that, but it’s just not powerful enough. This one would have benefitted from a nice blast of ice too as this would make it feel like a proper refreshing pink lemonade on a hot day, but there’s not much cooling here and the flavour is nice but way too weak. 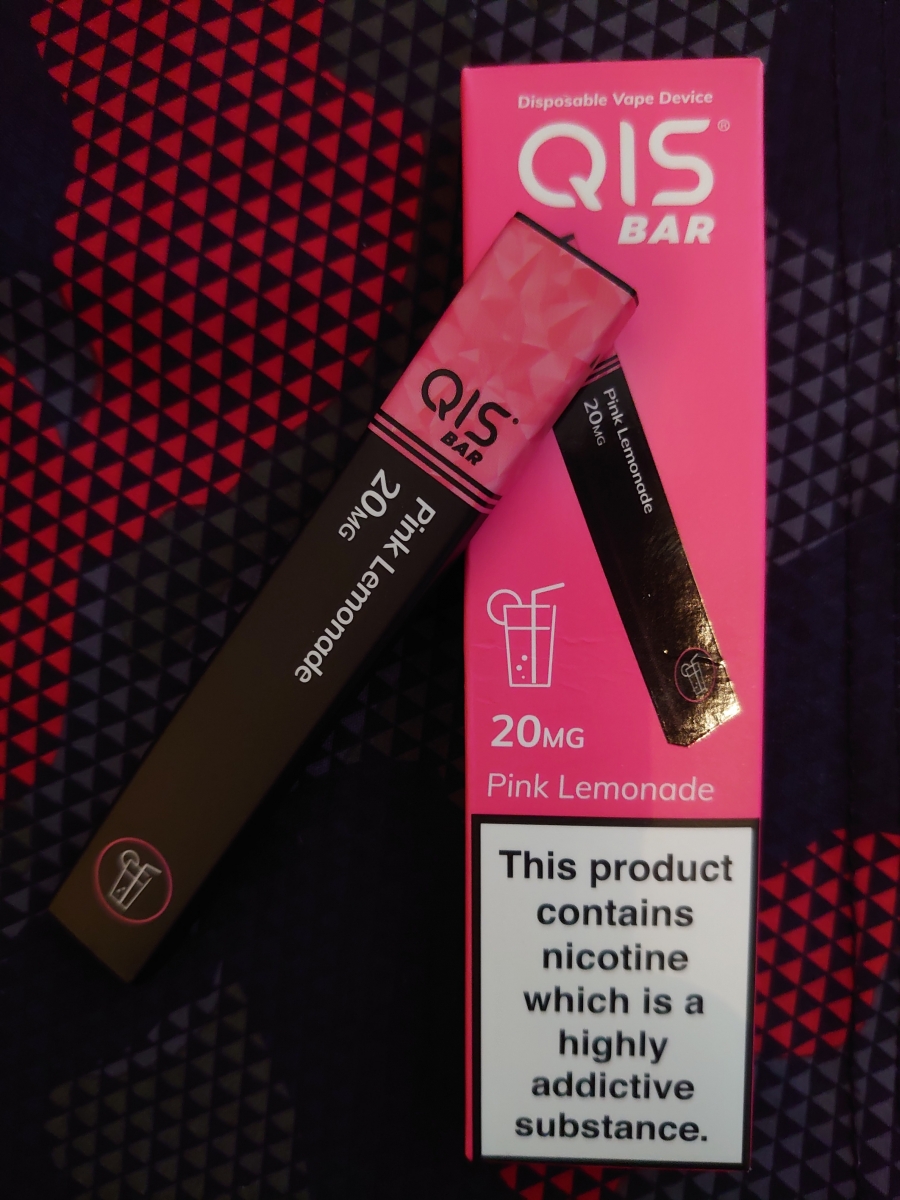 Banana Ice – On the inhale there’s a great mix of the cool blast and a sweet banana, like one of those foam banana sweets if you’d kept it in the fridge, and it invokes memories of youthful summer days. On the exhale the banana comes through a bit more, and you’re left with a lovely almost sweet and cool aftertaste. I’d love to buy this as a liquid. 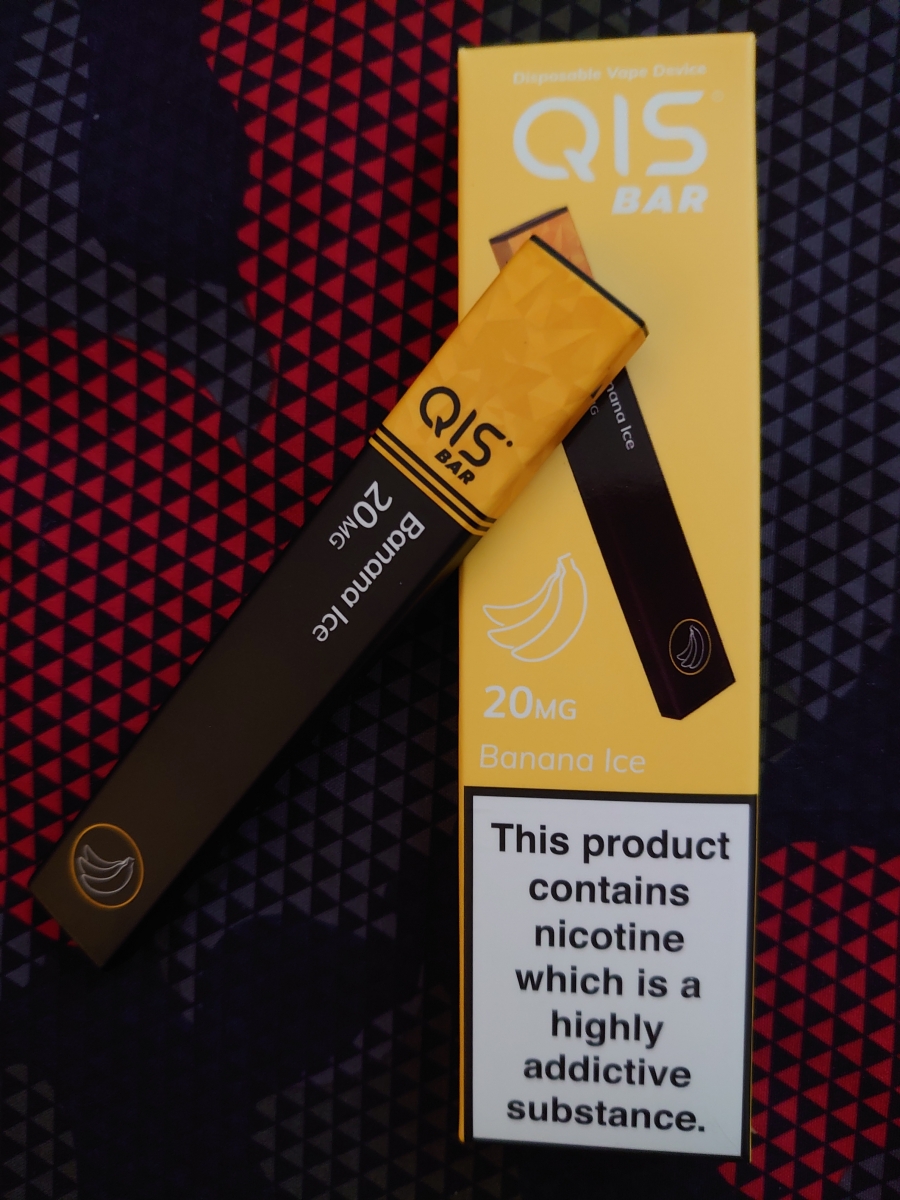 Overall I’ve been impressed with the draw on these and some of the flavours I would buy as 10ml nic salts. Some of them need a bit of work as the flavour isn’t always there and the ice effect is inconsistent. The one bar that sizzled and gave up concerned me as if I had paid for it or taken it out with me then I would be very disappointed, although Vape Club have some of the best customer service around so I am confident they would have taken care of things quickly.

There’s a small blue light at the bottom which seems a waste of the battery and they would have been better concentrating on extending the usable life. The waste is the main issue here, as soon as the device is done with, it has to be disposed of and when I wasn’t quite getting a full day out of one, the amount that I would be disposing of could becomes an issue.

As someone who has been vaping for a while, I would not use one of these as my main device, but I would pick some up as an on the go device for a few hours as they are pretty good. These are mainly aimed at people wanting to take up vaping instead of smoking, and for those people they are a good solution with some decent flavours. 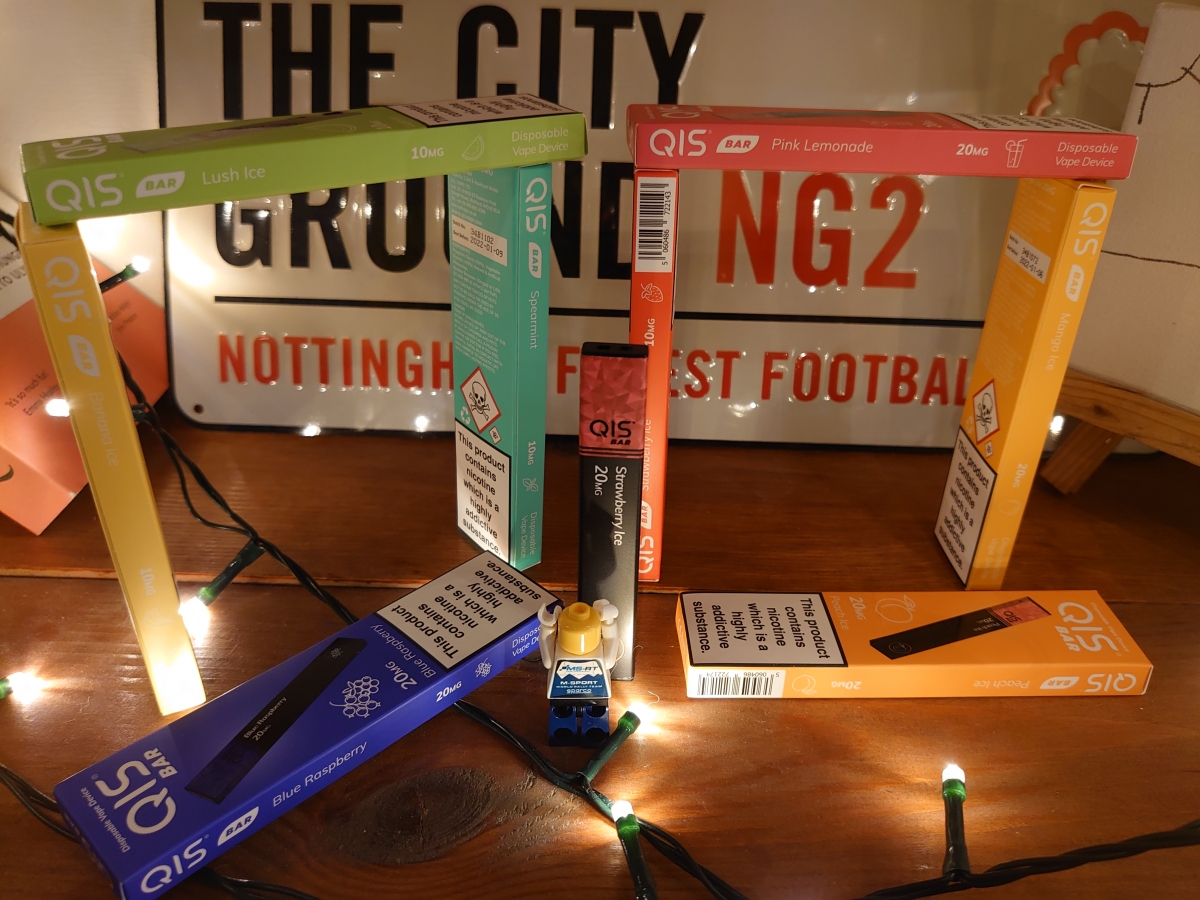