Now I used to be a pod denier, I was strictly an rta and regulated mod user. I knew what I liked and rarely branched out, and when pods first started to come out, I was underwhelmed to say the least. But times change and things move on and pod systems have gone from strength to strength, so much so that I usually have one in my daily rotation. The only trouble now is that there are just so many pod kits out there, all vying for attention and it can be tricky to sort the wheat from the chaff. Well that, my friends, is where reviews like this come in!

So now I’ve got the preamble out of the way, it’s time to get on with this review! This time round, I am taking a look at the Slyeek from Omari-O. Now I must confess that I hadn’t heard of this company until now but I think they are trying to break in to the UK scene. They certainly have some really interesting ideas, definitely not the usual generic stuff. Looking at their product line, they have things like a pod pipe kit! How awesome is that! Thankfully they also have the goods to back up their more inventive ideas. The slyeek is pretty conventional, but that doesn’t mean it is boring. 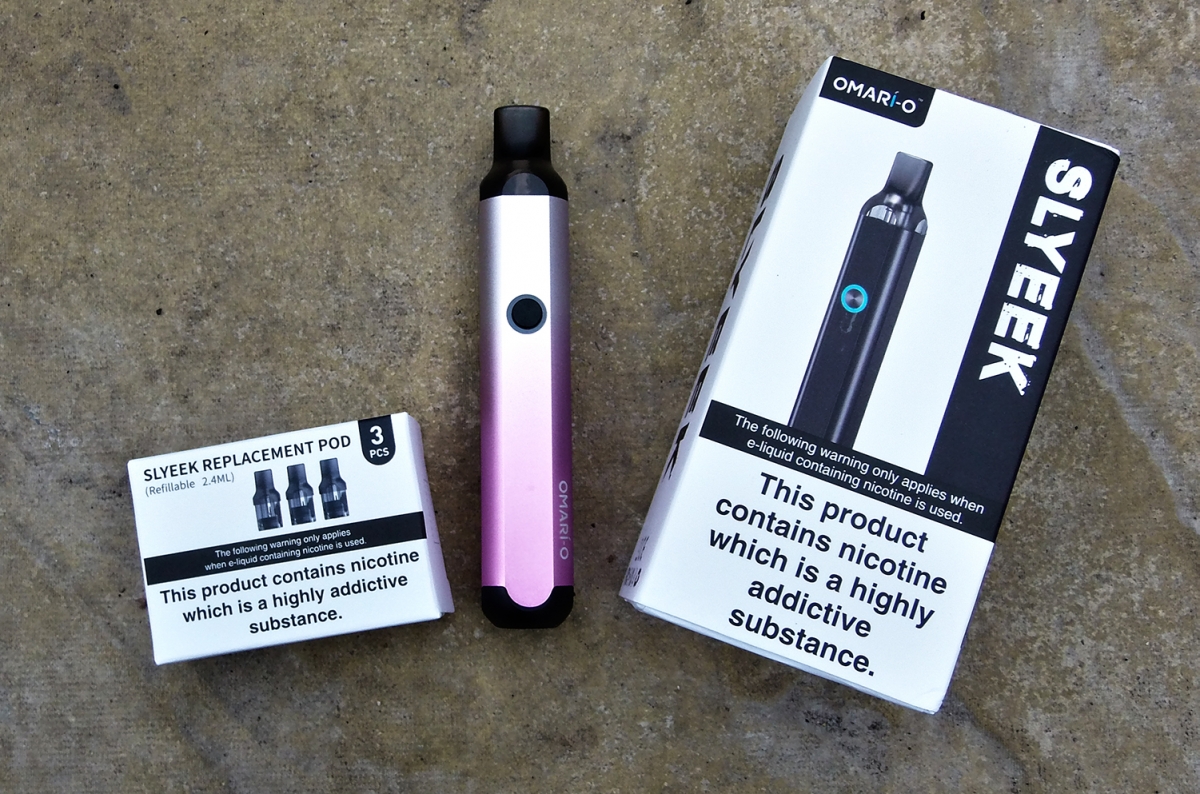 The kit comes in a straightforward box with a slip on sleeve with all the usual stuff, colour, nicotine warnings, contents, contact details and a manufacturing date. Sliding this off reveals the battery section and two pods which are not in sealed packs, but do have their own compartments. Finally pull the ribbon to lift out the top layer and you will find a pack with the USB-C charging cable and the (pretty basic) instructions. 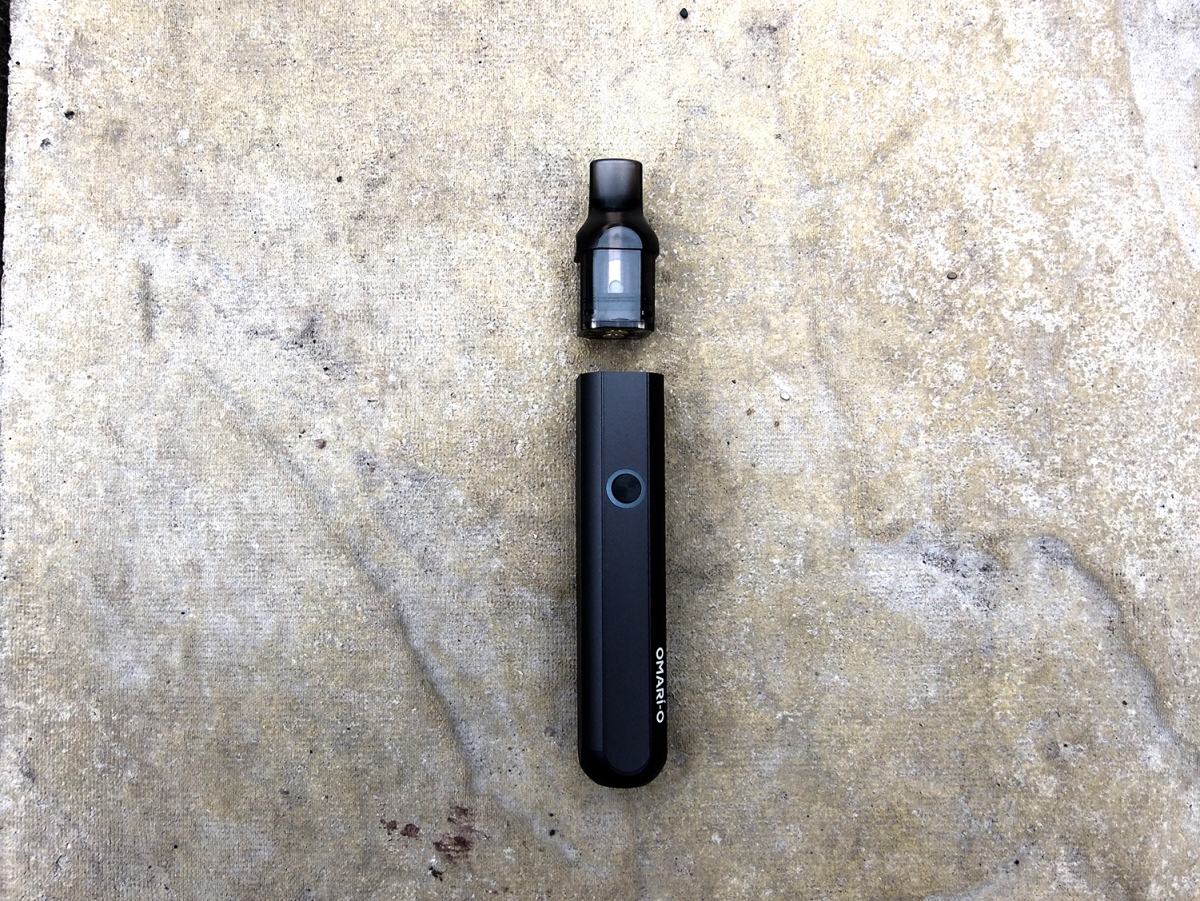 As I said, the instructions are very light reading, but to be honest you really won’t need them. Fill the pod, drop it in, let it sit and vape! It couldn’t be much simpler really. Now usually I let new coils and pods sit for a few minutes, but I was having a blond moment so I filled it up and vaped straight away. This normally is an instant throat ripping, dry hit from hell situation, but somehow the pod had already managed to soak up plenty of juice and I got a surprisingly great first hit. Up until now, I must admit I was rather underwhelmed but as soon as this happened, I started to think this might be something a bit more deceptive.

Another good idea is that the filling port is on a side corner. This really helps with the ease of filling as the angle is just perfect to get maximum juice and minimum air. The hole is a little small so you do have to be careful about airlocks causing a mini flood, but as long as you take a little time and care, you should be fine. But it wasn’t just the ease of filling that impressed me, it was the fact I’ve had no leaks, no condensation, not a hint of wasted juice. I even left the device on its side for a whole day and when I checked, it was bone dry. This impressed me greatly. 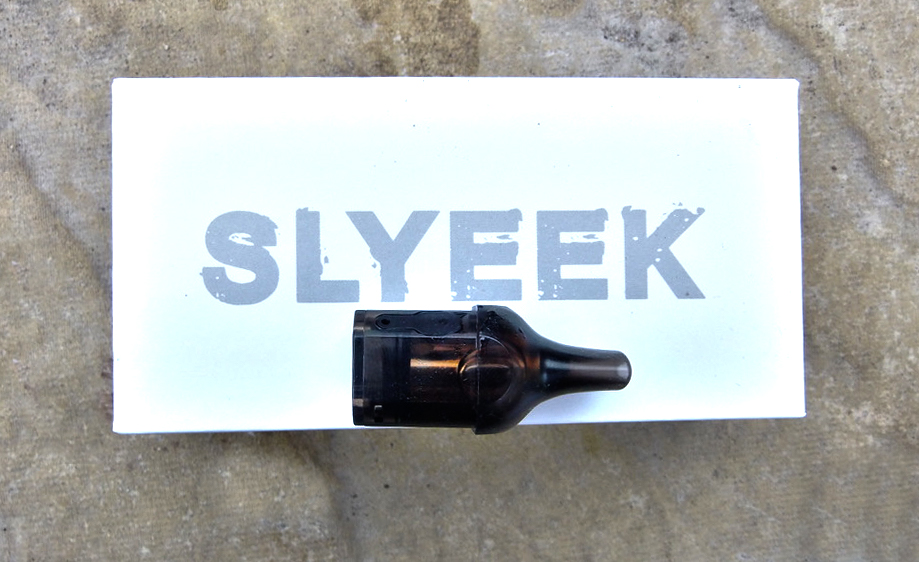 Now you will have gathered that this is not a deep hobbyist kit, this is designed to be easy to use, and Omari-o have certainly succeeded there. You cannot adjust anything and there is only one coil resistance, but this isn’t a problem as everything works so well together. The only option you really have is whether to push the button or use the auto fire feature. I found that auto mode worked well enough but it did require a slightly more enthusiastic inhale to activate and keep the vapour coming. The button worked much better and so I stuck with that. There are various built in protections, including an “overtime” one which means the battery will cut out if you try to use it for more than 8 seconds so even if you use auto and have super human lungs, you shouldn’t be able to damage the coil!

Charging takes around ninety minutes, so fairly standard. Now I don’t know what magic Omari-O have done, but this thing just keeps on going! I set off in the morning with a fresh charge and I don’t hold back especially when testing stuff for review, but by bedtime I still had charge left. I was not expecting this at all so the next day I carried on using it and I got another few hours out of it before it needed another charge! For perspective, I usually struggle to get a work day from an 18650 pushing a 0.9Ω coil at 20W, so this was very impressive. This is surely some sort of witchcraft, it’s the only explanation! 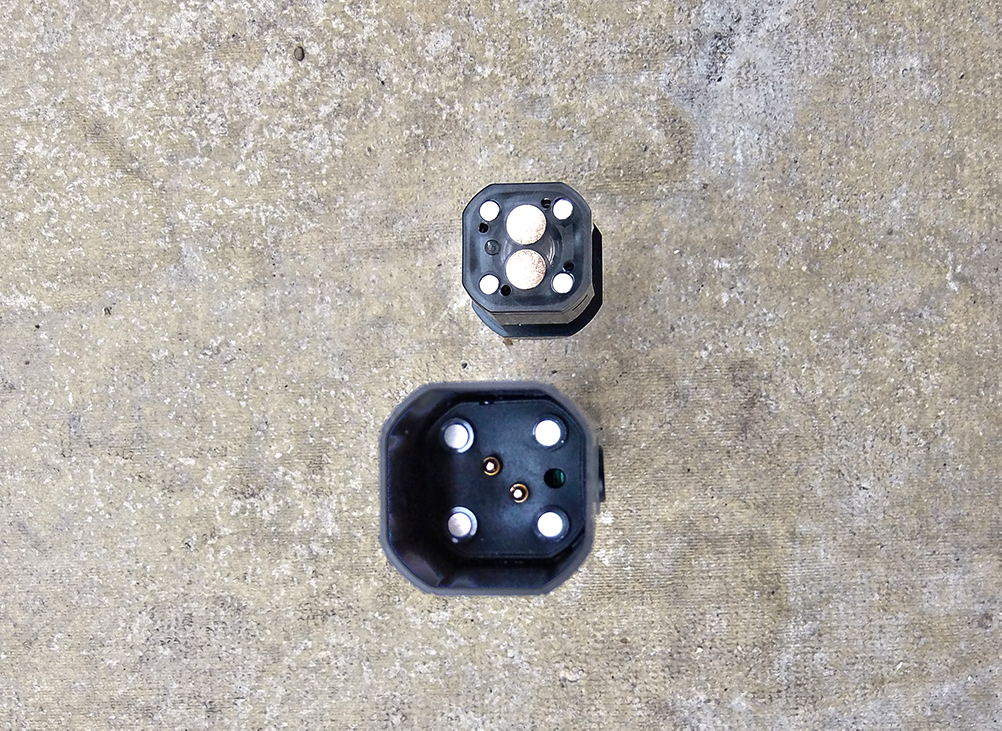 Whilst it looks very understated, the built quality and finish is nice, everything fits together well and there are no sharp edges or ridges. The body is made of aluminium and is surprisingly tactile. The pod holds solidly in place with no rattles or looseness. If you hold it by the tip and really windmill your arm, the battery will come off, but I really had to give it some for that to happen and this is not something that is likely to happen in real life situations (well none that I can think of!).

The fire button is small and discreet, but still manages to feel responsive. There is a ring light around the button which lights when activated and also acts as the battery meter. It glows blue between 80% to 20%, and then switches to red for the last 20% and when it changes, this is really when you want to be charging it back up.

Now all this is all well and good, but it don’t mean a thing if it ain’t got that…flavour! Well let me tell you, this was the final surprise. This unassuming fixed pod mod is sly little flavour beast. It is insanely tasty for a stock coil disposable pod and it far exceeded anything I would have thought it was capable of when looking at the specs and the actual device. I tried all sorts from fruits to tobaccos, desserts to menthols, and every juice tasted great. At times there was almost too much flavour, especially when it came to the menthol juices as they nearly blew my sinuses out! It also was equally happy with 80/20 juices as it was with 50/50 ones. I have no idea of the make up of the coils or wicking material (I did email to ask but got no reply), but whatever it is, it works brilliantly. Not only does it taste great, but the clouds were also quite impressive for what it is so you definitely get the satisfaction factor when vaping.

I would say it is a loose mouth to lung draw and this works well to my taste but it is a personal thing so it depends on what you like as to whether this would suit you. In keeping with the overall simplicity of the kit, airflow is fixed so if you don’t like it, tough! But it seems to sit in a good middle ground so I think most users will find it is perfectly ok. 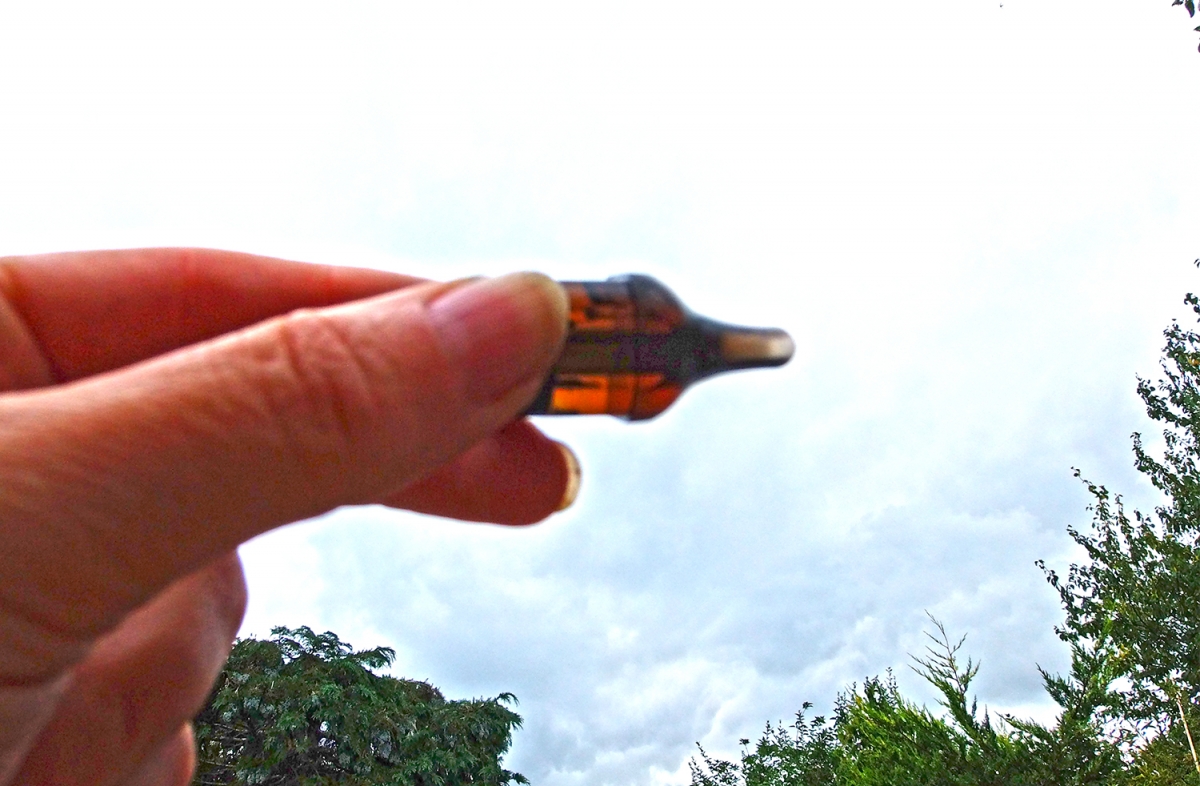 So now we are down to the Jerry Springer section where I sit on my stool, look deep in to the camera and give you my final wise(?) words along with any complaints. Well I guess it can be hard to see how much juice is left without taking the pod out to check, but that is hardly unusual with these types of devices. The style of the mouthpiece isn’t that sexy but it was very comfortable to use so I guess that isn’t really a problem either. Oh wait, I’ve thought of one serious issue….the one I was using is pink….I don’t like pink! I don’t think that can really be classed as a negative though as Omari-O offer a great choice of other colours so I will just round things up by saying that if you want a solid, reliable, easy to use, flavoursome device for every day use, you can do a lot worse that checking out this kit. I think you will be very pleasantly surprised, I know I was!

Many thanks to Omari-O for sending this in for review. I for one, am very interested to see what else they come up with in the future! 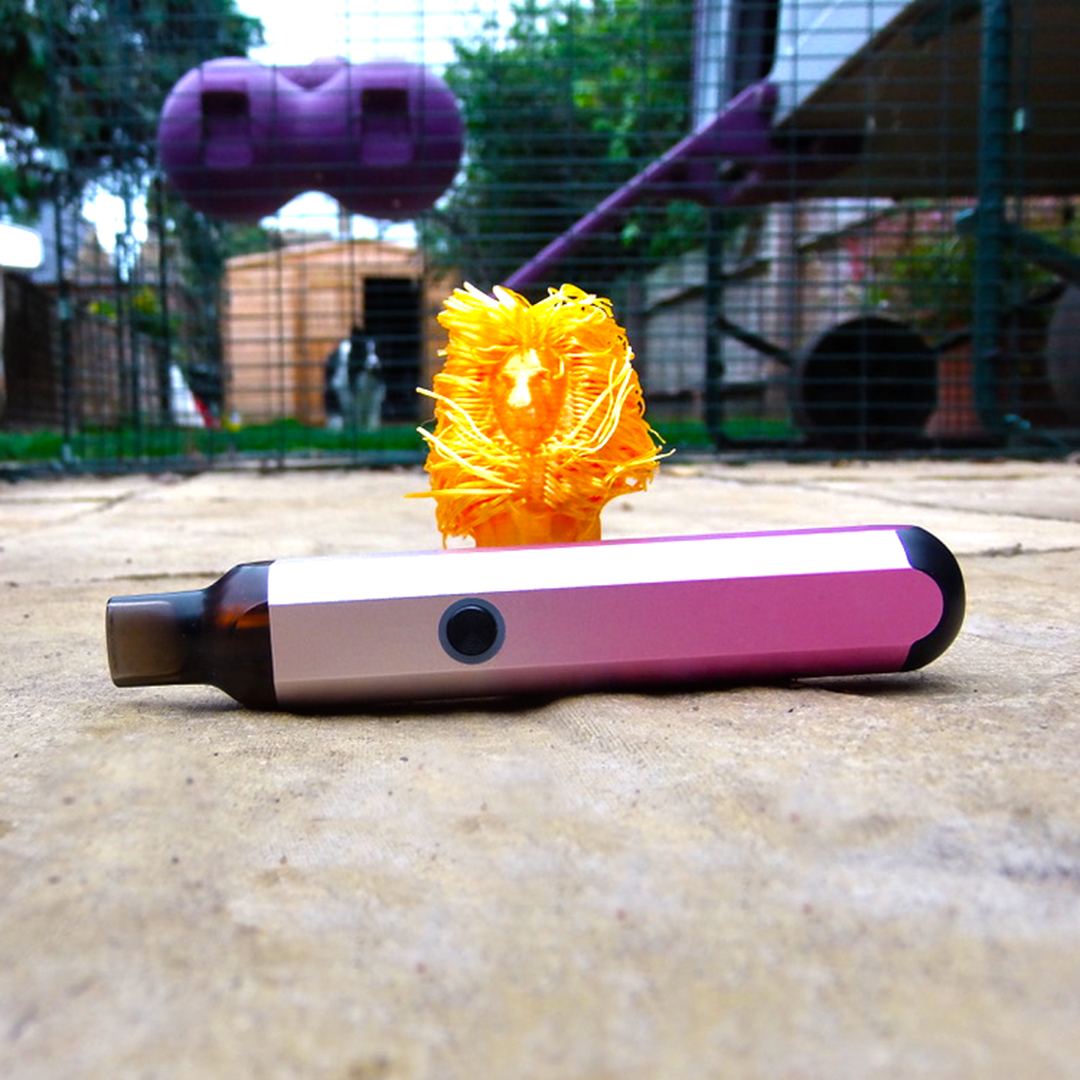