Lost Vape Quest have continued their recent run of form, but this time we have a MTL offering with the Ursa Nano pod kit. It seems they have done their homework on this one and have nailed the vape with regards to flavour and a proper MTL draw. 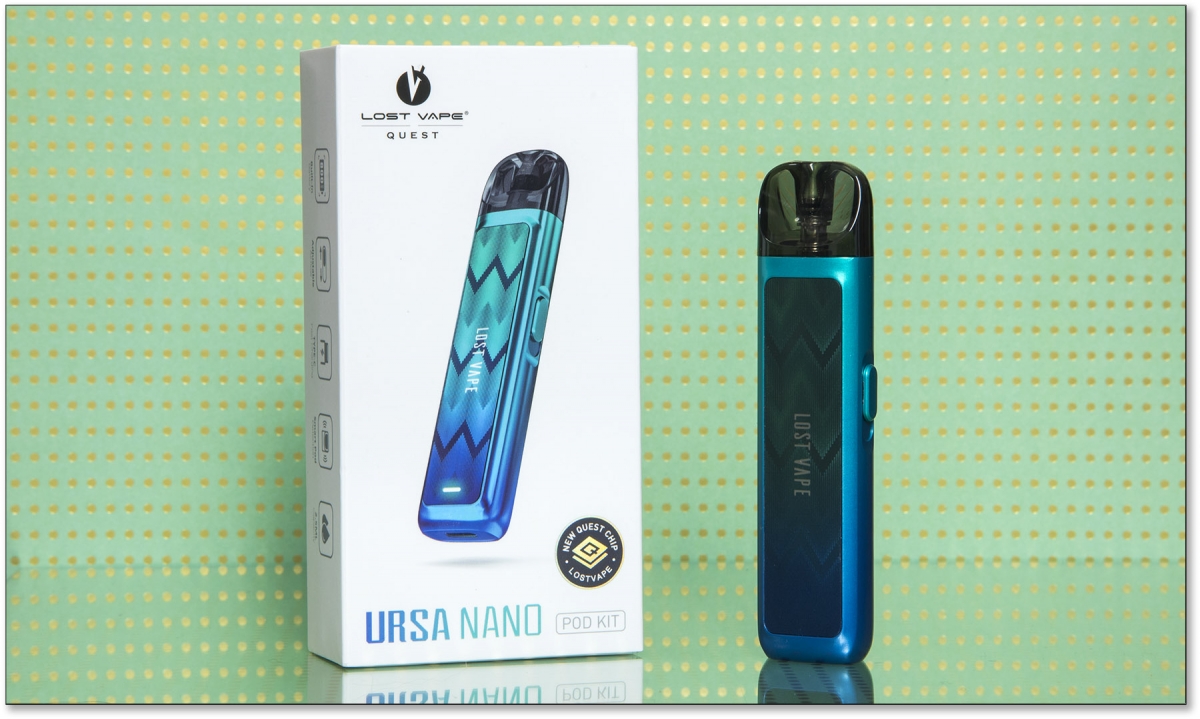 The Ursa Nano comes in fairly minimal packaging with a plain box with an outer sleeve showing an image of your chosen colour and a few highlighted details. 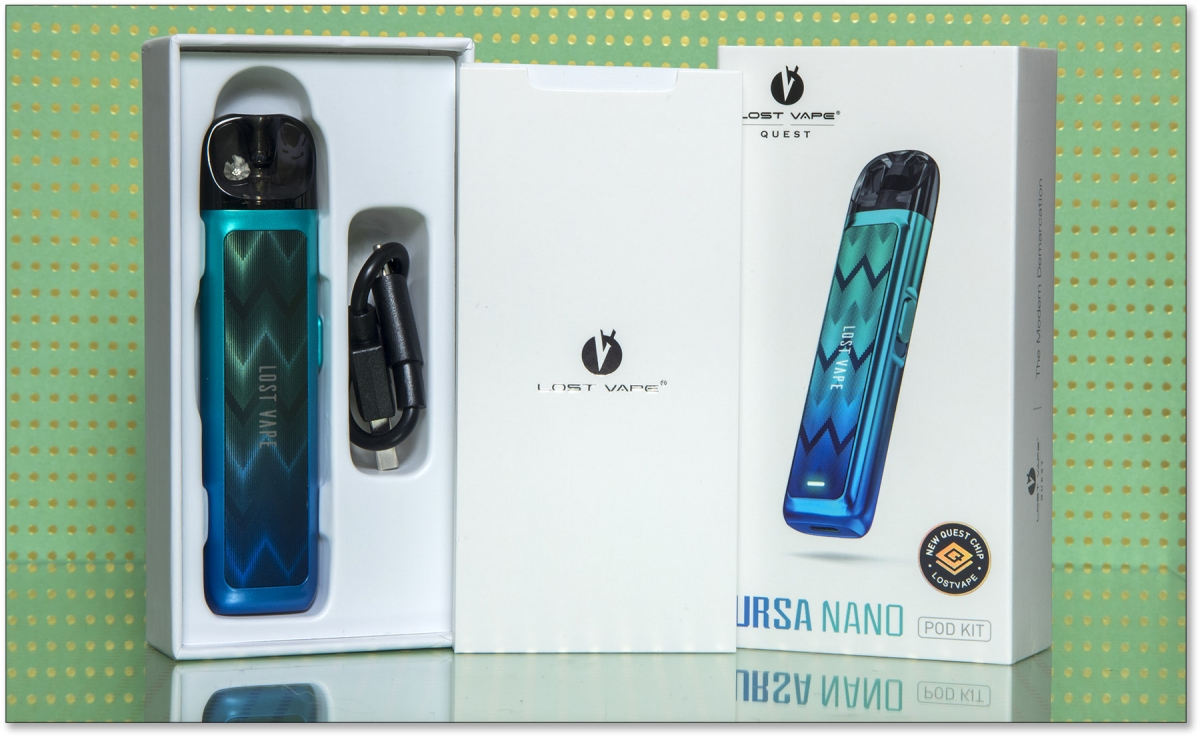 The kit is quite limited and only contains the bare essentials, the battery section, a 0.8ohm pod, a USB-C cable, and the manual. The instant disappointment was that just the one pod included, but this is unusual for Lost Vape and I can only assume that it’s to keep the retail price low?

On first look it doesn’t quite look like a Lost Vape Quest kit as it looks a bit ‘standard’ for want of a better word, I have come to expect a bit more adventure when it comes to Lost Vapes' design team, but they appeared to have played it safe with the Ursa Nano and appealed to the masses, but to be fair they have done a stellar job in general.

It feels quality and solid with the zinc alloy body, every edge has been well contoured and feels so comfortable as a result. The height is perfect to fit into your hand, and the decorative panels are interesting with a kind of holographic pattern that changes at every angle, they have a satin finish to them which feels smooth. The colour plating of the body also has a satin finish with a slight shine, but the main thing about the finish is it is totally fingerprint resistant and always looks clean. 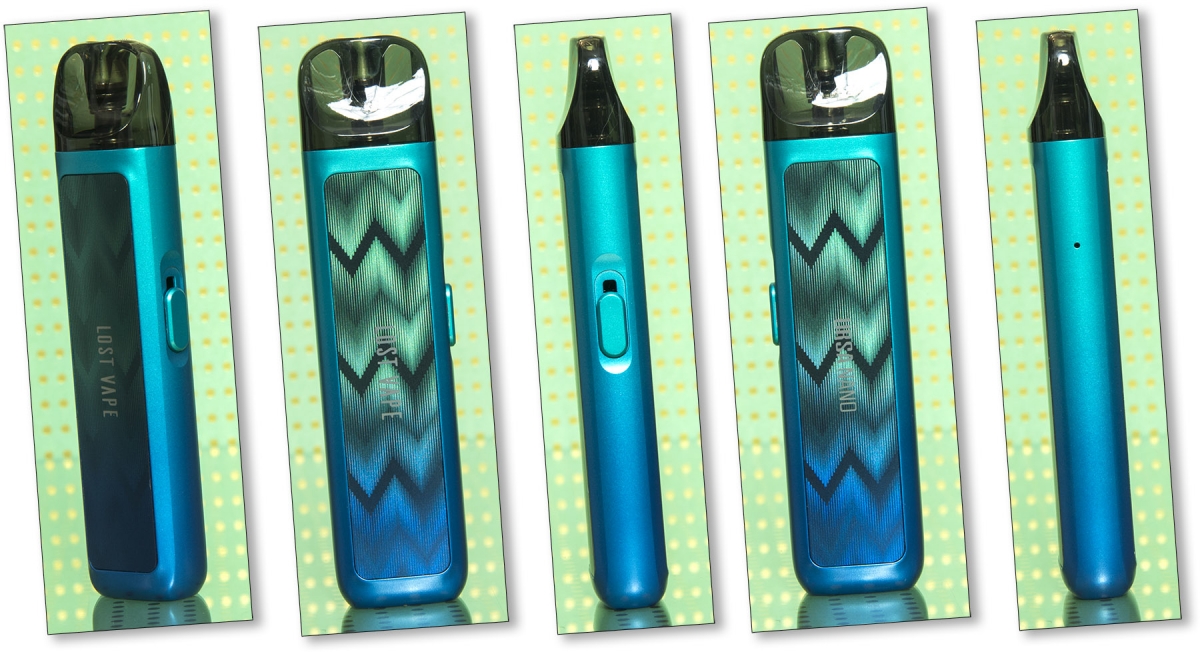 The obvious feature that stands out is the airflow adjustment slider, they have proper nailed this design as it works perfectly and has a smooth resisted action that feels precise and generally stays in place, although I found myself fiddling with it as I liked the action.

There’s a USB-C port tucked away at the base which feels easy to plug/unplug the provided cable. There’s a slight recess at the base so it can stand upright, a small touch but it shows the attention to detail.

A hidden feature is the LED status light which is invisible until you start vaping and has a rather satisfying ‘breathing and pulse’ effect to it, I’m not usually too fussed about lights on pods but I do like this one.

The pod is a magnetic fit which drops into the battery section with a satisfying snap. It is held in place securely, but there is some play in it if you push it with your fingers, though this is never apparent during normal use.

The included pod is 0.8ohm, but you can buy 1.0ohm for it. Lost Vape sent me one to test but there’s not a lot of difference and the 0.8ohm is a good start. The filling method is slightly awkward the first time but I soon got used to it and found it mess free. The mouthpiece is a duck-bill shape and is very comfortable for a MTL vape.

There’s a silicone bung on one side of the pod which reveals a decent sized slot to fit most bottle nozzles, the transparency of the pod is darkened but still visible enough to see your juice level through. 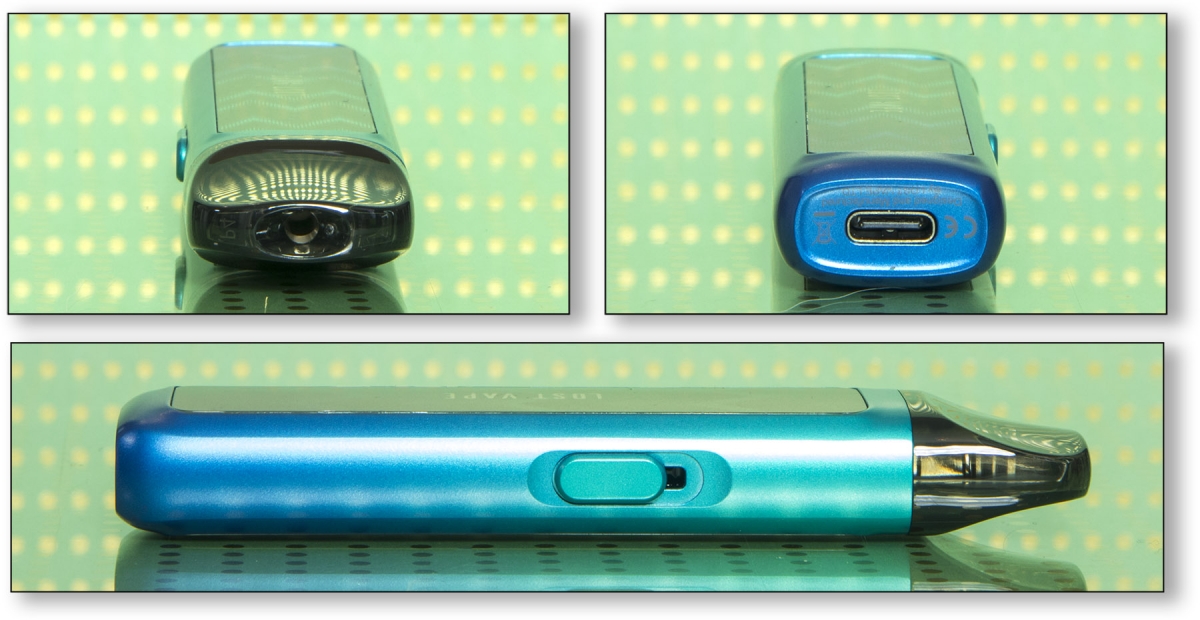 As mentioned earlier; the airflow adjustment slider is superb, possibly the best I have tried on a pod kit, and goes from a restricted RDL to a tight MTL vape but you do need to pay attention to how you hold the battery as you can block off the airflow. I tend to grip it in a ‘finger pinch’ which allows full airflow and feels comfortable to use. 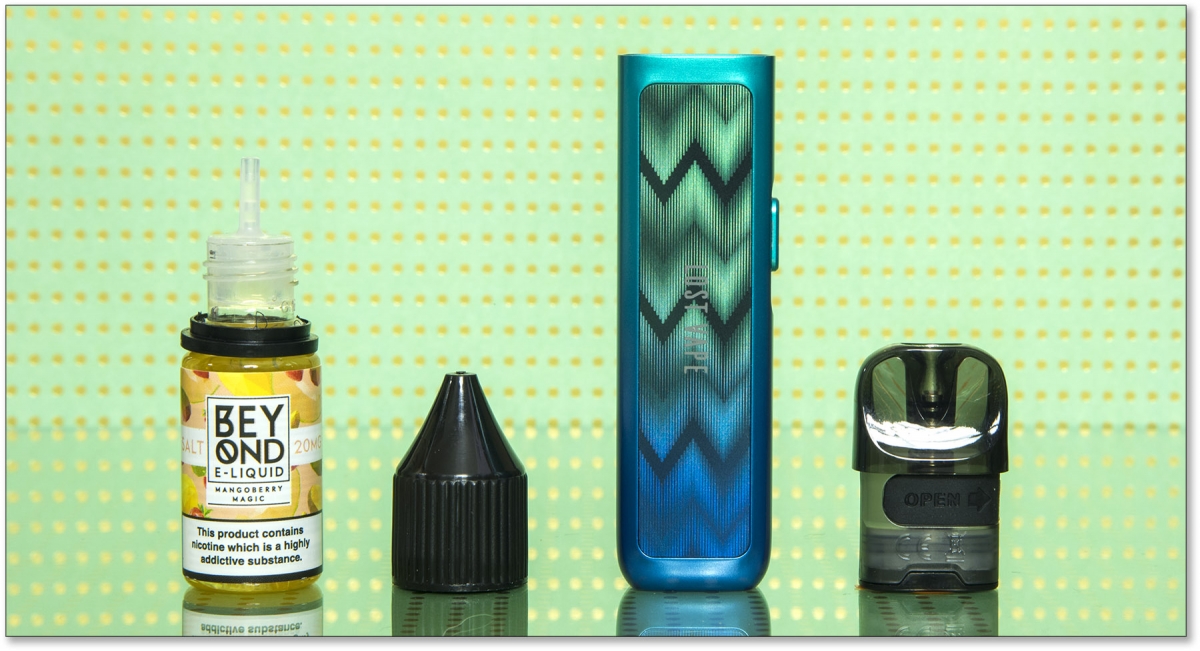 I was keen to crack on and vape this bad-boy, so I primed up the coil, let it sit for 10 minutes and took my first toot on it. The vape was just perfect! Warm, flavourful and with the airflow almost closed off it was tight. The auto-draw worked well as it was responsive and instant.

The Ursa Nano gave me the best MTL vape so far from any previous Lost Vape product, the flavour was remarkable and I knew instantly that I had found my new favourite MTL pod. Though it suited my vaping preferences well, some users might find it a bit too warm and intense, for those users the 1.0ohm might be a better choice or they can just open up the airflow a little.

The main thing I was keen to test was the pods' lifespan and I’m pleased to report that Lost Vape have nailed that too. You can see inside the pod that the juice ports are wide and allow plenty of juice to flow which is perfect for for chain vaping, I have not experienced anything close to a dry hit and you know it’s time to change the pod once the flavour starts to diminish. Since I absolutely hammered the first pod, I was surprised to see it was still going strong after a week so I expect it to last a good two weeks of ‘normal’ use.

Lost Vape have addressed one of the most common issues with pods; leaking! So they have designed the pod to be leak resistant and it works a charm, I haven’t had a drop of juice leak and this adds to the strengths of the Ursa Nano. 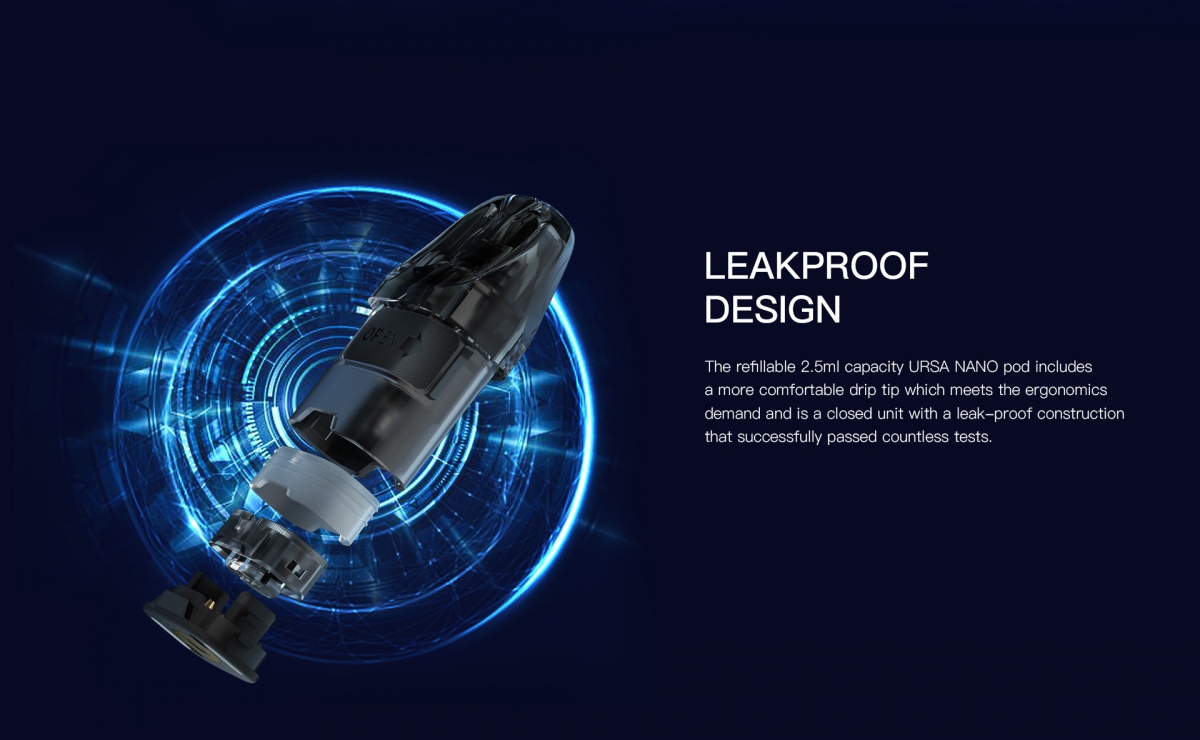 Battery life was reasonable and generally lasted most of a working day. It lasted longer with the less power hungry 1.0ohm coil if longevity is an issue. Charging it up was pretty fast, taking under 30 minutes on average, but I couldn’t find the charging current. I’m guessing it’s around 1.5amp 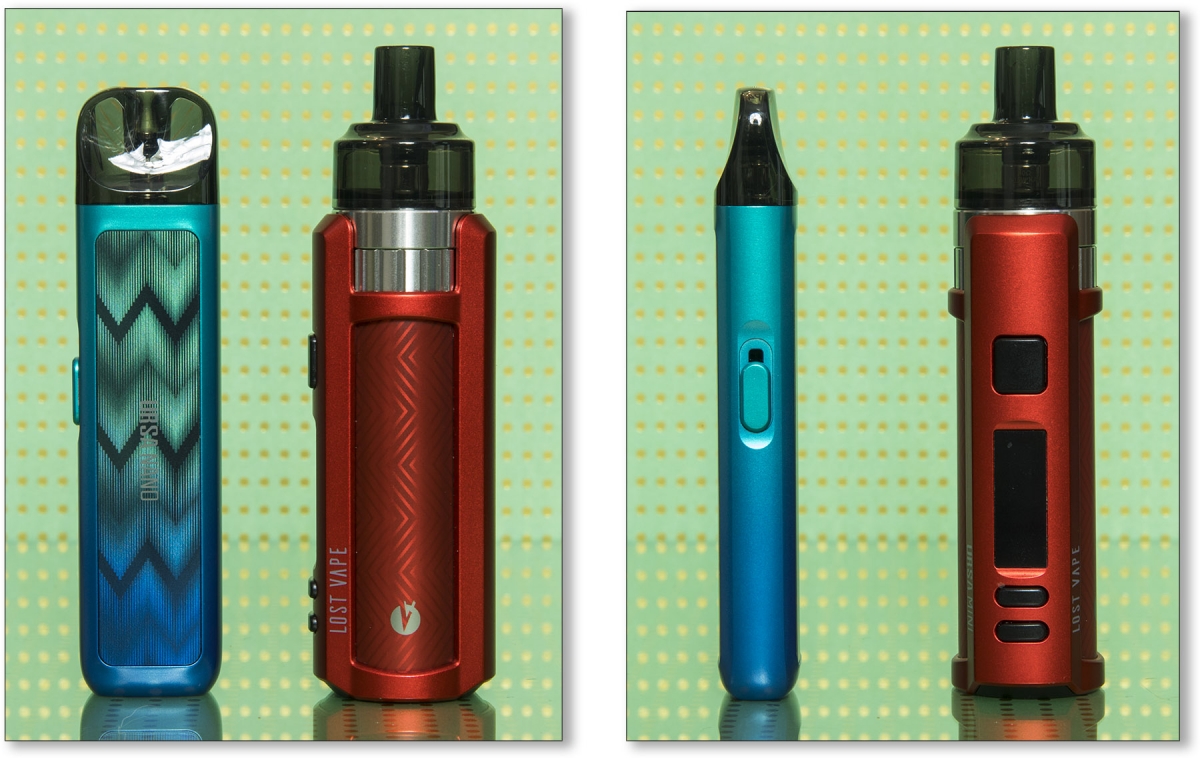 Compared to the Ursa Mini, I much preferred the Nano purely down to the vape quality and tighter MTL draw. The smaller mouthpiece also helped. I would say the Ursa Mini is more suited to those that prefer a cooler and looser vape. The glaring thing that stood out though was the rather boring looking design compared to the Mini, I’m sure I’m nit-picking at this point but Lost Vape Quest have spoiled me of late with their DL offerings (such as the Cyborg and the Thelema). 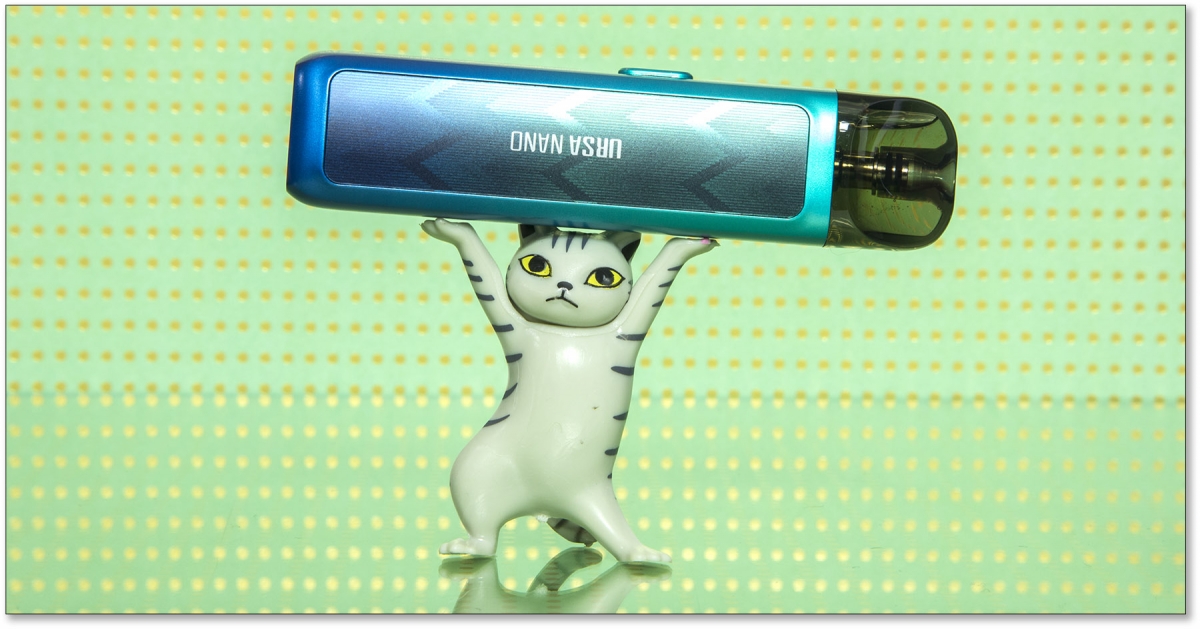 Lost Vape Quest have clearly done their homework with the Ursa Nano pod kit, any issue you can think of with previous pod designs have been addressed and solved. The end result is a near perfect pod system. It doesn’t quite have the quirky charm of other Quest designs, but it still looks and feels good.

But it’s the vape quality that really stands out, the flavour is remarkable, the airflow is smooth and as tight (or loose) as you want it for MTL. I can’t think of any MTL kit that vapes as good as this. Along with all the refinements, it makes this kit well worth a buy.

The Ursa Nano is easily the best MTL kit that Lost Vape Quest have produced to date, mostly down to the vape quality and faultless performance. It’s a shame they decided to include only one pod as it marrs the first impressions, but fortunately it should last you a couple of weeks while you order new pods. 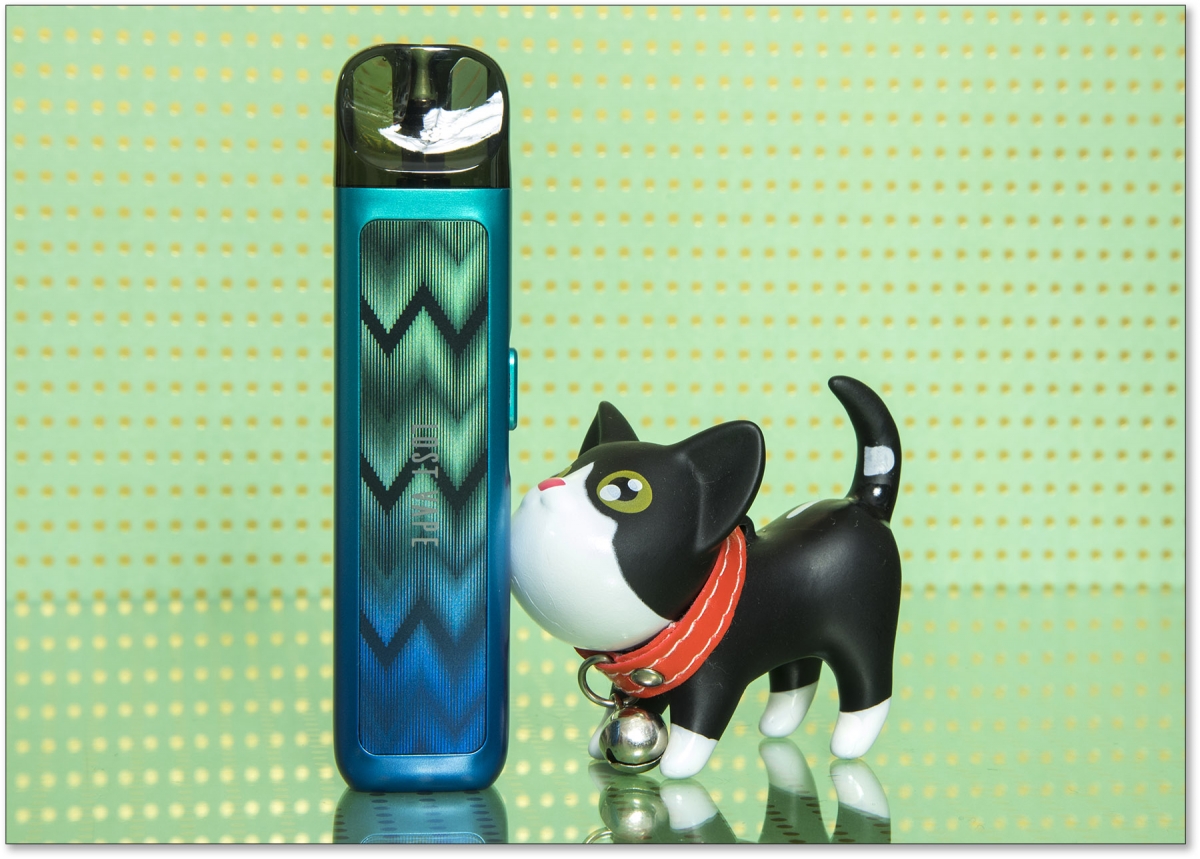