Before you write this off as just another f**king pod, read on as Joyetech have nailed the important part and that is the actual MTL vape – this thing is frikkin lush! 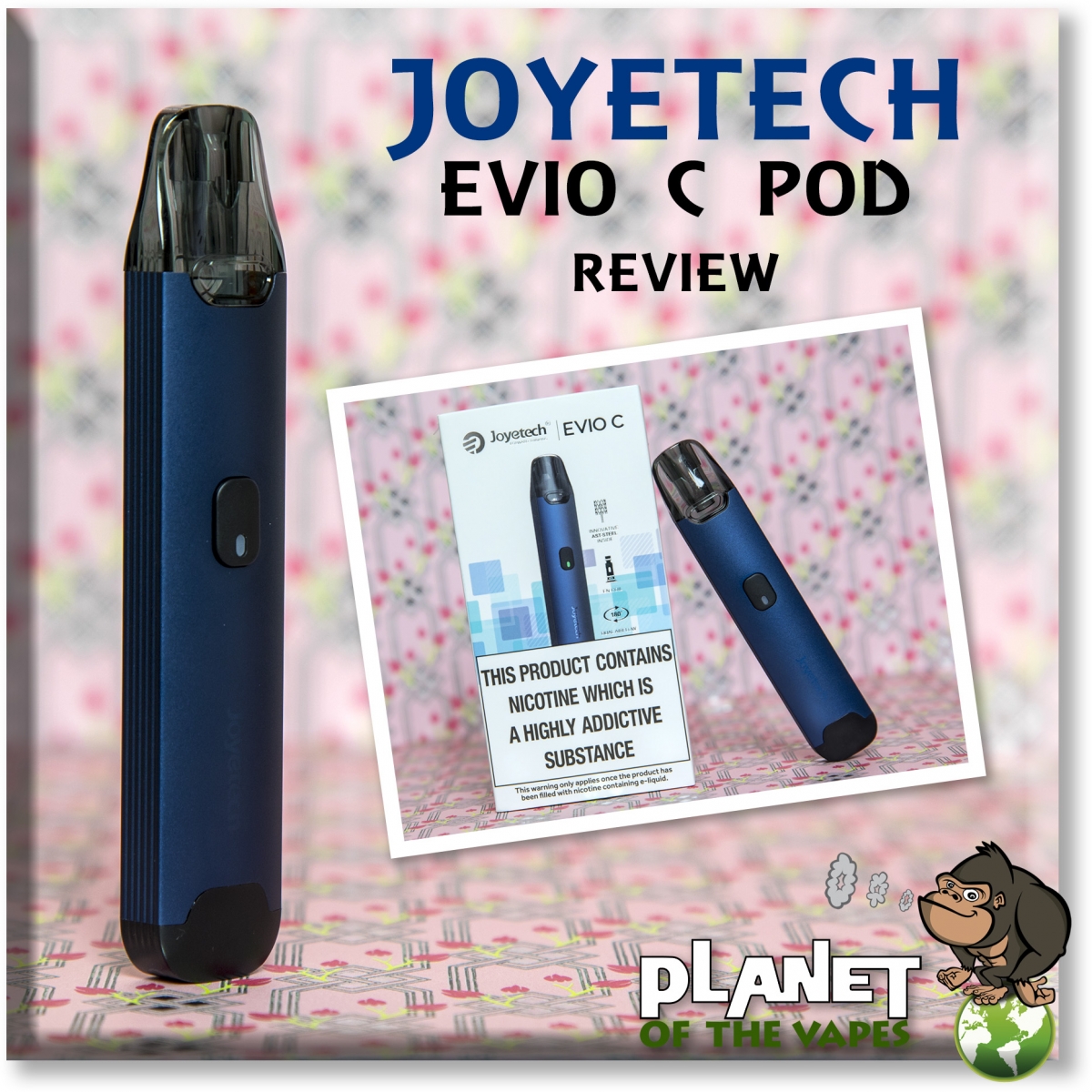 Usually I wouldn’t have even taken this boring pod on to review as there’s just far too many pods like this on the market which can only leave buyers confused. There is too much choice and most look the same essentially, but after reviewing the awesome Joyetech ObliQ and the flavour I got from their new coils, I was intrigued to see if they had got the MTL draw right on the new EVIO C.

It has a decent battery capacity: 800mAh

And a proper fast charging current: 5V/2A which is about time, too many companies offer USB-C but only a 1 Amp which is the same as micro USB. 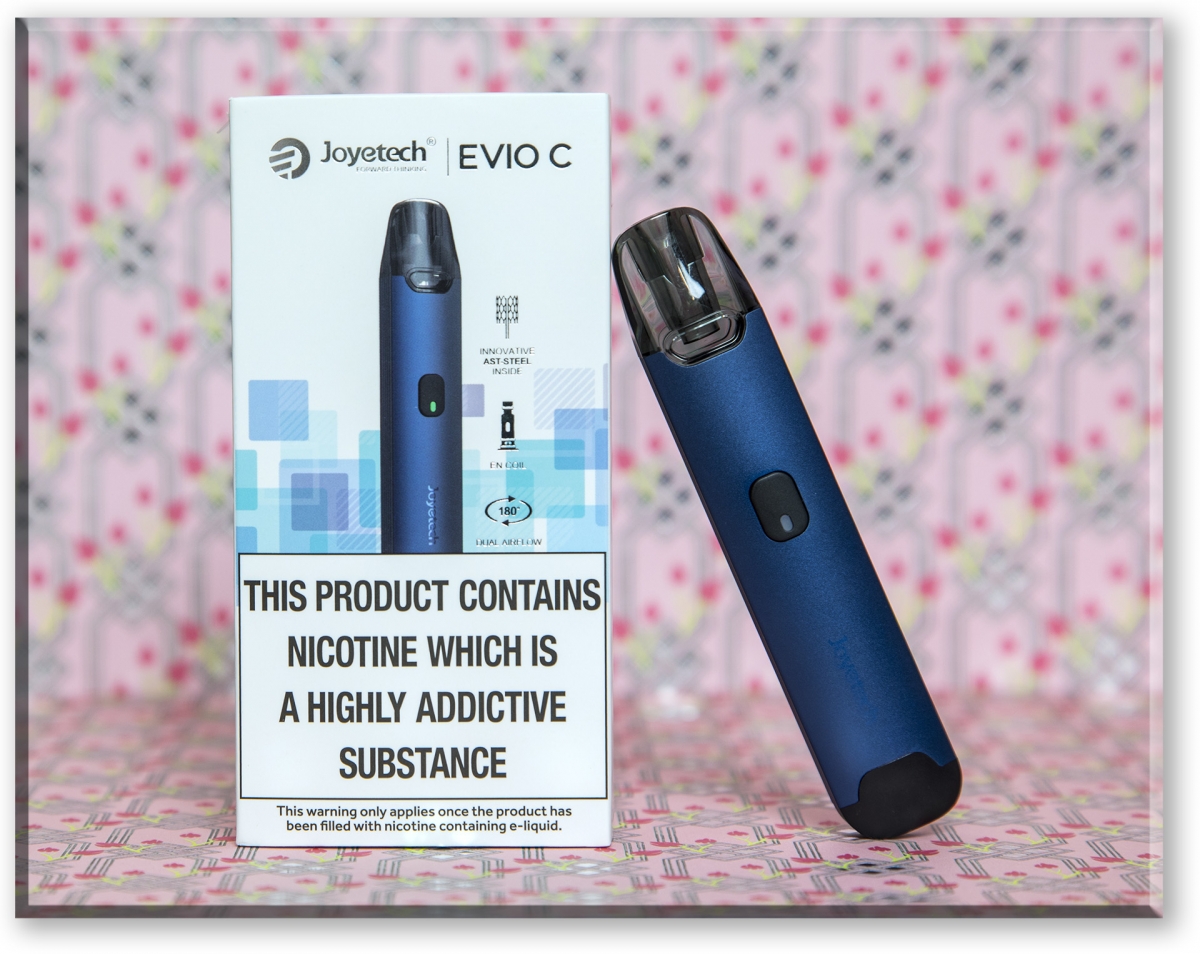 The packaging is kept to a minimum and is sturdy enough for the perils of shipping. The artwork is nice and clear with the colour choice displayed on the front. 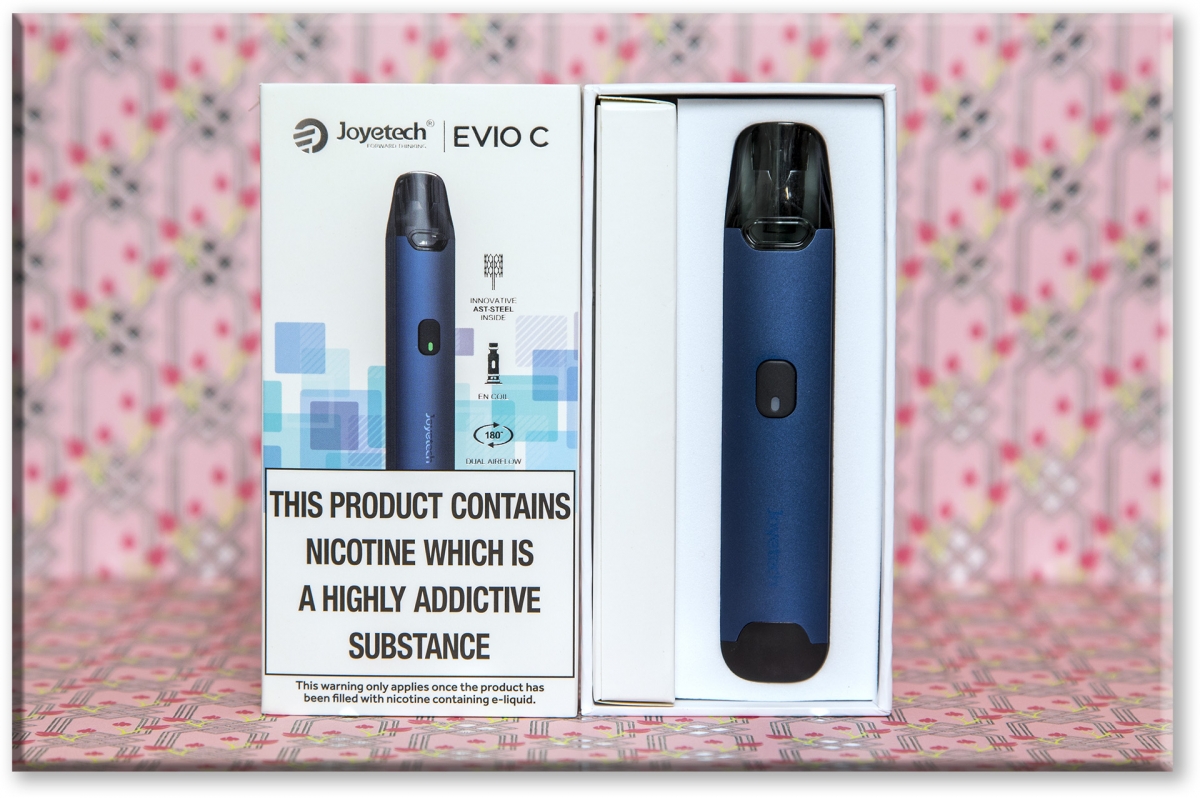 The contents held no surprises, Pod, two coils, a manual and a ridiculously short USB-C cable. Am I missing something with short cables? Surely it doesn’t cost much to make one 100mm longer? 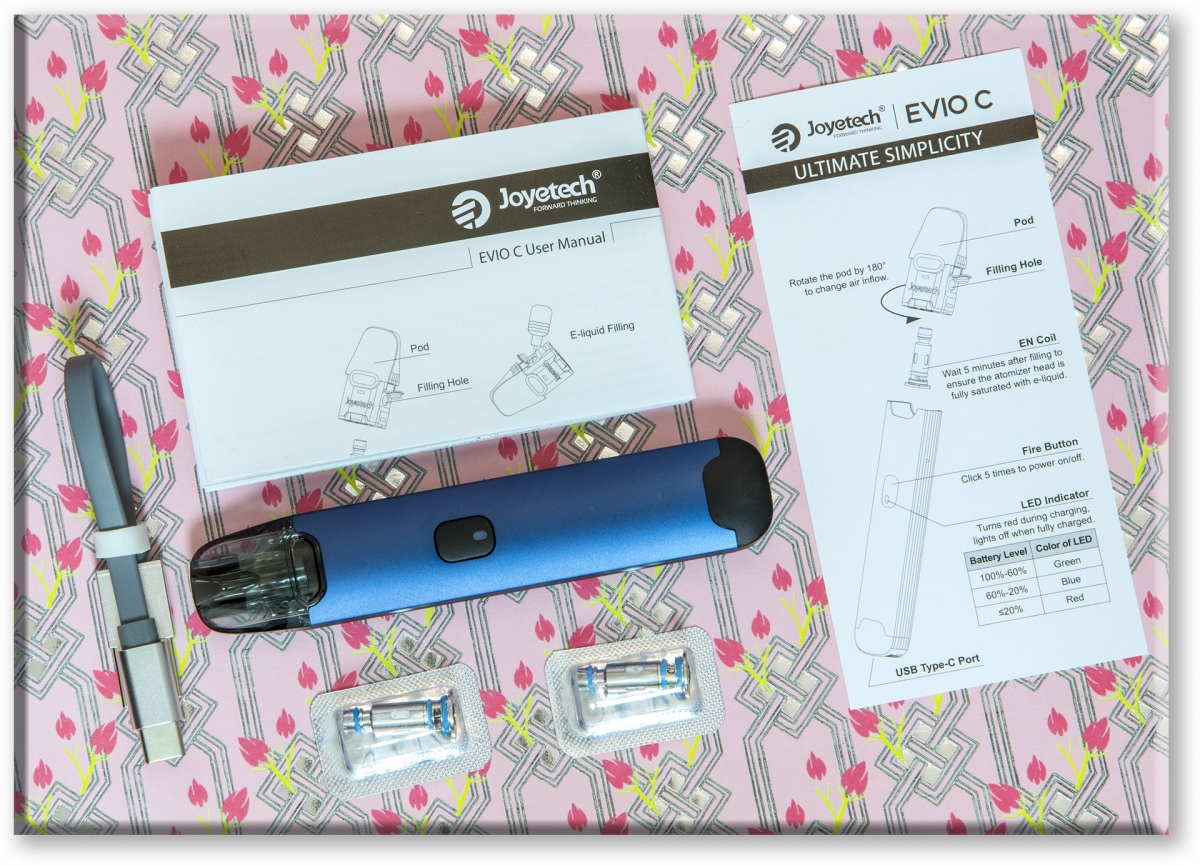 It’s just a pod, all I wanted to do is get the photos finished so I could fuel it up and test the vape, but picking the EVIO C up was actually pretty pleasing. This thing feels so nice in the hand, the satin finish is silky smooth and has a nicely rounded off base that doesn’t dig into your hand, sure it’s minimal but it has been done well. So far, so good.

There’s little to discuss on the styling, the photos do the talking so I won’t yadda on about that.

I know it’s a minor detail but I really liked the pod, the style suited the battery and the ducks bill shaped mouthpiece is one of the most comfortable I have tried. I also like the longer narrow airflow in it.

It’s a press fit and is held in there pretty securely with zero wobble. Changing coils is also a press fit and simple. The filling is done via a side bung and the hole is ample. Although it’s darkened, it is still clear enough to see your juice level.

You should notice on the base that there are two different size air channels, this is so that you can get two different airflow options, tight-ish and proper MTL tight.

The coils are probably the most important feature in the EVIO C. You get two EN 0.8ohm Mesh Coils, when you see how narrow the coils are, it’s impressive they fitted mesh in there! 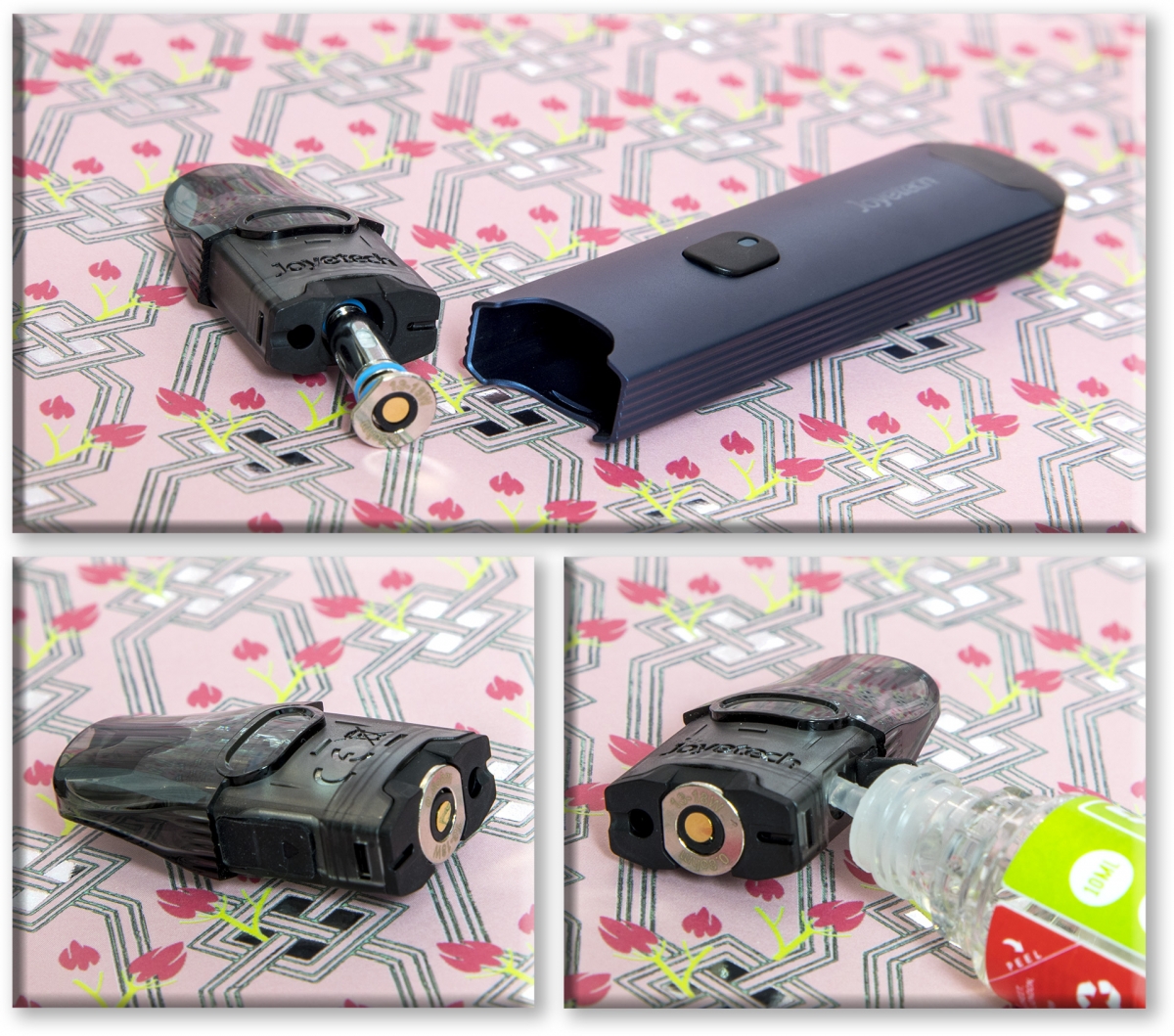 This is as basic as pods come, no power levels or adjustments whatsoever. There’s a fire button (5 x Fire = On/Off) or auto-draw, that’s it.

You do have an LED inside the fire button which will let you know the battery remaining level.

So let just move onto the important part……….

All I can say is that the EVIO C is simply the best standard pod I have tried to date, the draw and flavour was beyond satisfying. The last time I was this immediately impressed was with the Vaporesso XROS, but this is just better. The flavour and draw is better and it is far more comfortable in the hand, plus you can change coils instead of the wasteful disposable pod plastic. It didn’t have the airflow control but the two options meant you don’t need it as they are both good.

I would say the airflow is suitable for MTL only, RDL was just a bit too tight, but is possible if you like it that way.

The auto-draw worked flawlessly with both airflow options so I never needed to use the fire button.

Joyetech have clearly raised their game with their coil development. They were superb in the ObliQ, though the airflow on that was just a pinch too loose for me, that said I’m still happily using it for MTL but now I have a proper Joyetech MTL option. I wish it had as much style as the ObliQ though. 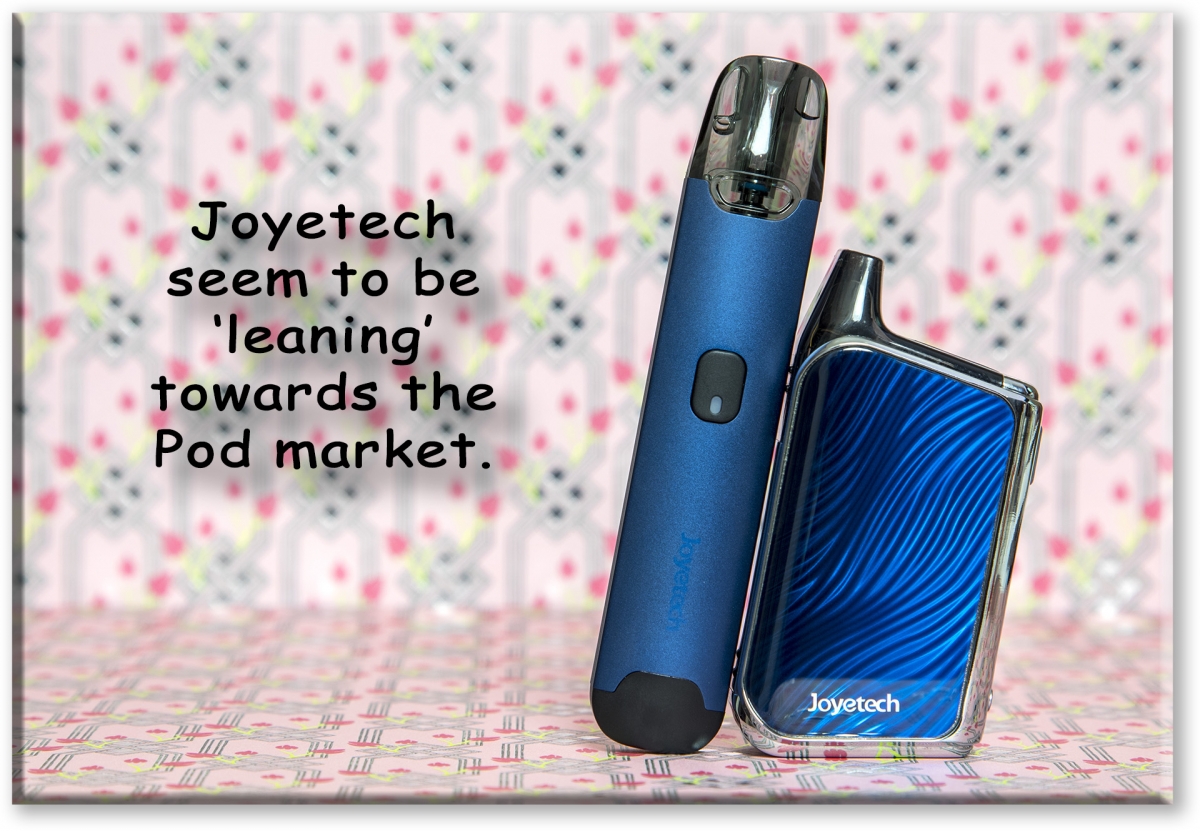 The XROS's only redeeming feature was the adjustable airflow but that didn’t really matter as the Evio C didn’t need adjusting, how the mighty have fallen in such a short time. I can remember the wow factor I had from this, it’s still good but there’s already a few that have beaten it.

The clear winner for me was the EVIO C, it won’t win any styling awards but the vape is the most important part and as dull as it is, I still like how it feels in the hand. It is slightly taller than a lot of pods but that’s the price you pay for the larger battery capacity and it is a price I’m happy to pay. 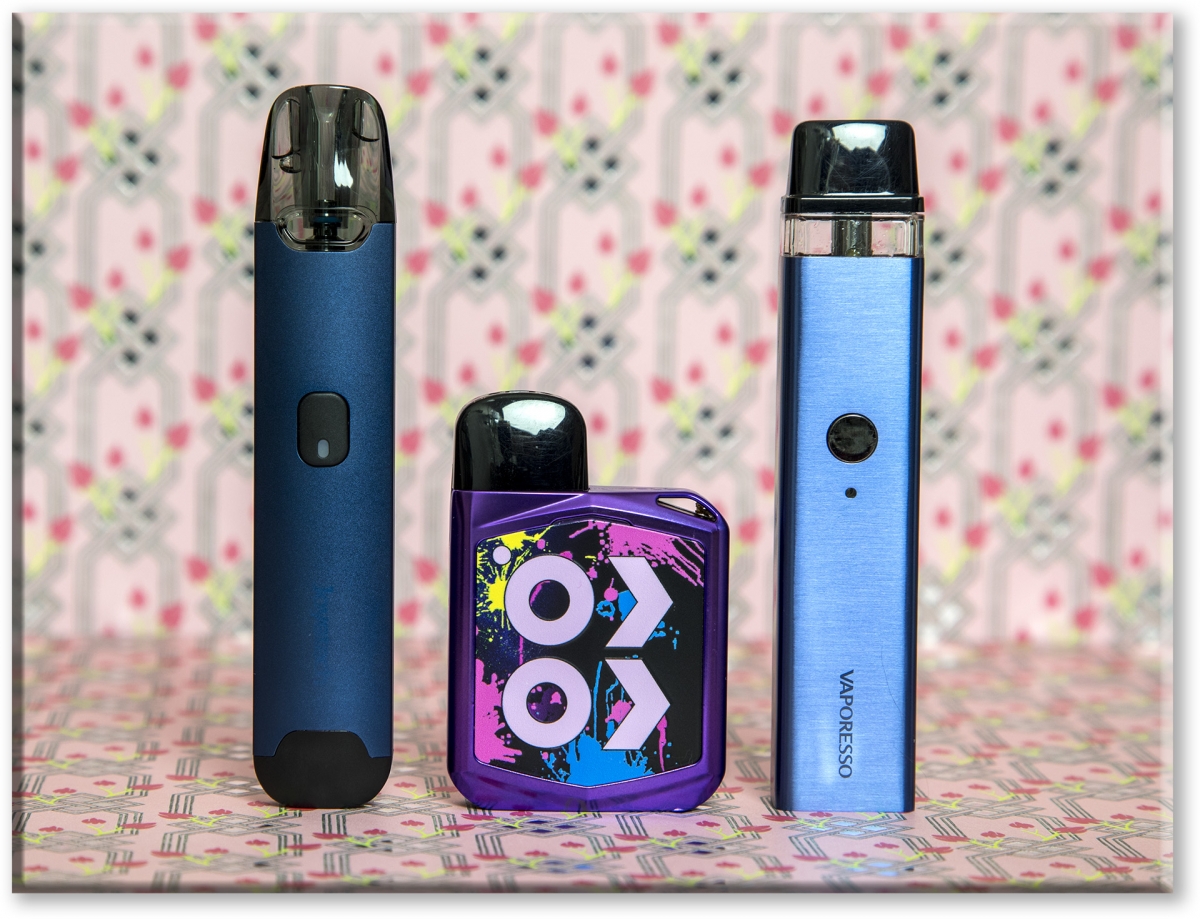 Styling wise, the Evio C could have been designed two years ago but the pod and coil design is right in 2021. It’s not ugly by any means and it feels great in the hand, but it’s the quality of the vape that makes this so special. Joyetech are definitely one to watch in 2021 (Joyetech, I want an ObliQ with a dedicated MTL pod if you're reading this!).

In a nutshell: If you are after a near perfect MTL pod vape then the EVIO C is a no brainer.

This pod is my new benchmark for MTL airflow and flavour, the styling isn’t something I love but it’s not an ugger either and I do like the way it feels in my hand. Substance over looks perhaps, but it brought me ‘Joy’. 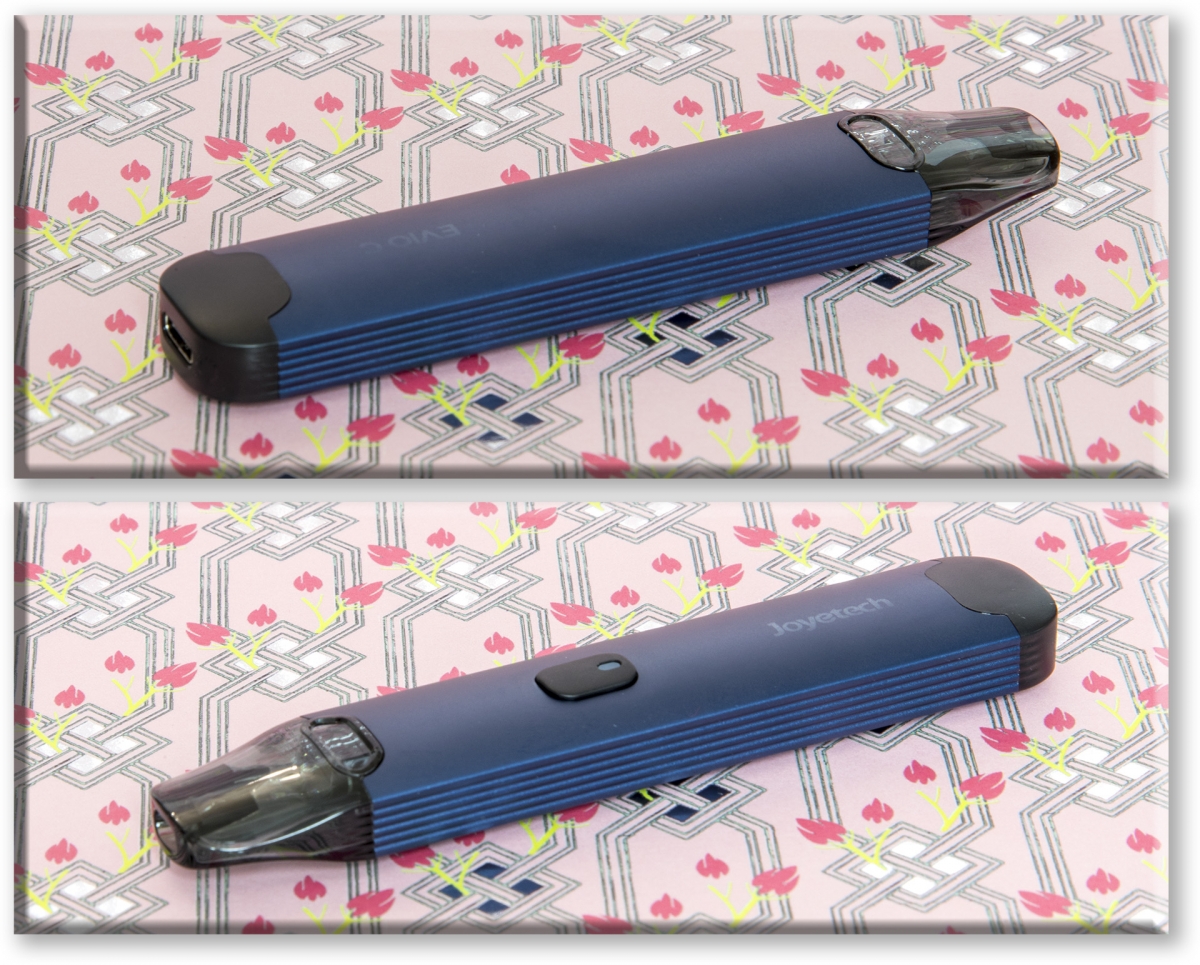