For the more observant of you out there, you may have already seen I reviewed the Sceptre a few weeks ago. To my surprise, I received an unannounced parcel containing a special MTL (Mouth To Lung) edition along with the all new MTL pod and 0.6Ω coil.

Ordinarily this wouldn’t warrant a separate review, BUT (who doesn’t like a big but) in this case it more than warrants it as Innokin have not only listened to their customers and come up with a perfect solution to please existing owners, they have also given choice to new customers and the difference is very noticeable. I will go into more detail, but the new pod and coil has transformed the Sceptre into one of the best MTL devices of 2020.

I’m only covering the improved MTL differences, see my original review for the rest.

My main niggles with the original are all negated with the new MTL version. Had this new pod been included in the original, the outcome would have been much more favourable. 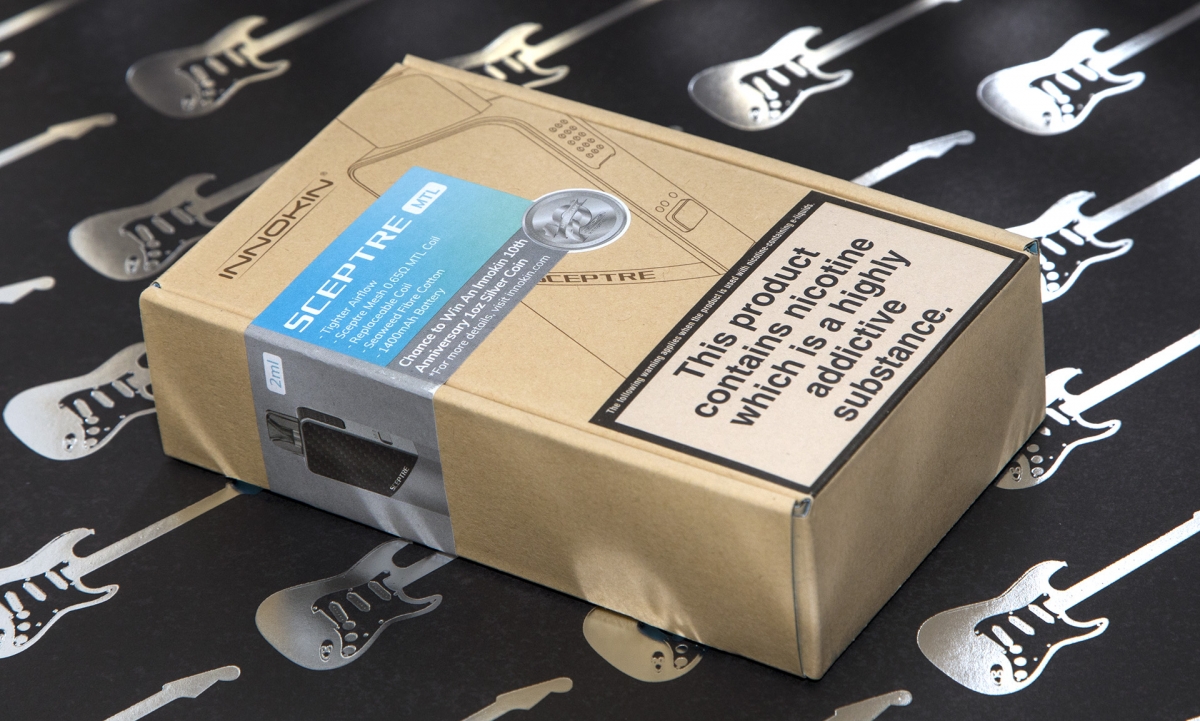 (As usual the TPD claims of including nicotine are false)

One of the most striking differences is the packaging. While it might not look as pretty, it is a big deal as Innokin have gone all out, The new packaging is biodegradable this time and hopefully this will feature in all of their new products. It’s no token gesture either as they have made every single item that could be biodegradable out of paper based materials including coil wraps and even the sticky tape. I’m seriously impressed.

As mentioned above, the planet friendly packaging is so welcome for me and still manages to look pleasing. Even the stickers are paper instead of vinyl based.

It doesn’t stop there either, there’s no foam or blown plastic as the contents are all secured in cardboard. Even the coil and USB cable wrap are paper based.

There are no surprises with the contents, the usual standard issue bits n bobs. There is no spare pod which is a shame, but there is a spare coil which is the new 0.65Ω Mesh and is the same as the pre-installed one. At first I was a bit baffled why the MTL version didn’t include a 1.2Ω coil, but I soon forgot that once I tested it.

The design of the MTL Sceptre is exactly the same though they have added a couple of new styles, a rather striking carbon silver and a carbon black. 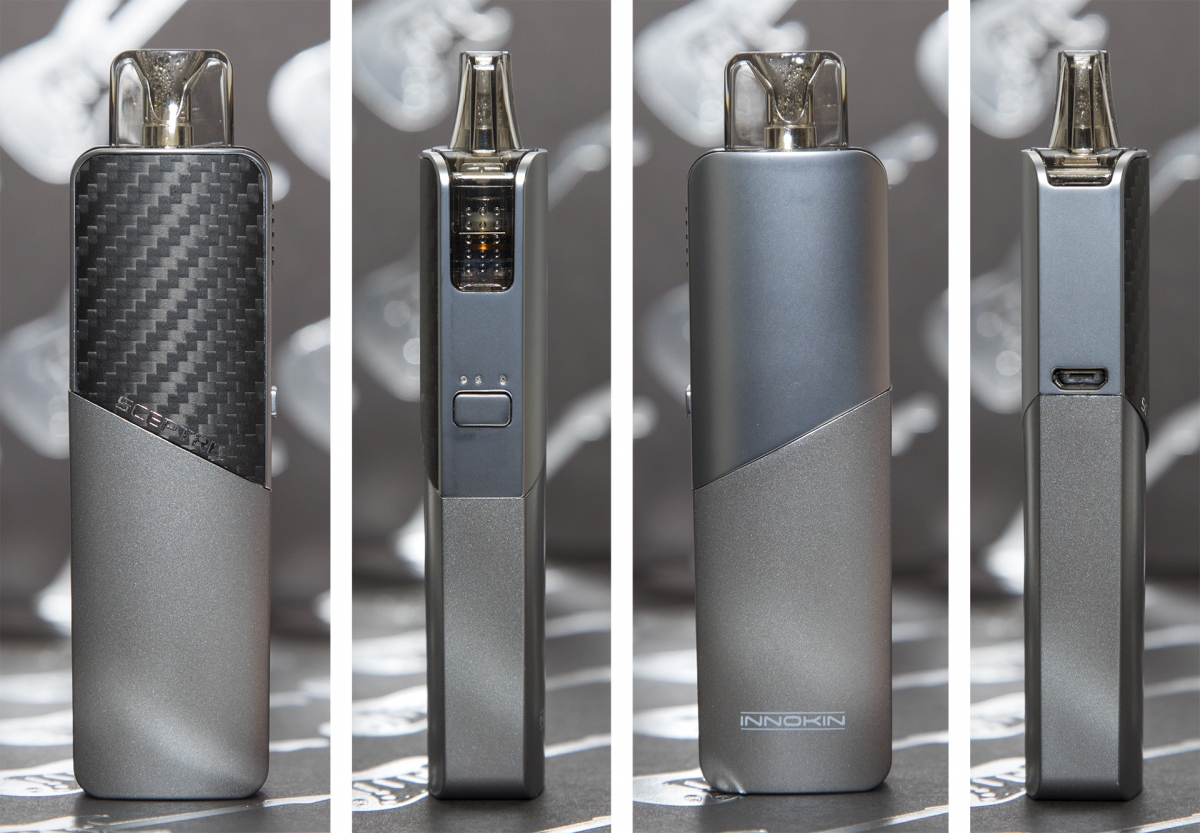 So the main difference in the MTL edition is the actual pod. The original had adjustable airflow from MTL to RDL, but the airflow was far too loose for a lot of MTL users liking (including myself) which spoiled the experience, RDL wise it was perfect.

Innokin boast “You Asked – We Delivered” on the box and to be fair they did indeed!

The new pod looks a little different with an amber coloured base and is marked for MTL. It has the same adjustment lever. 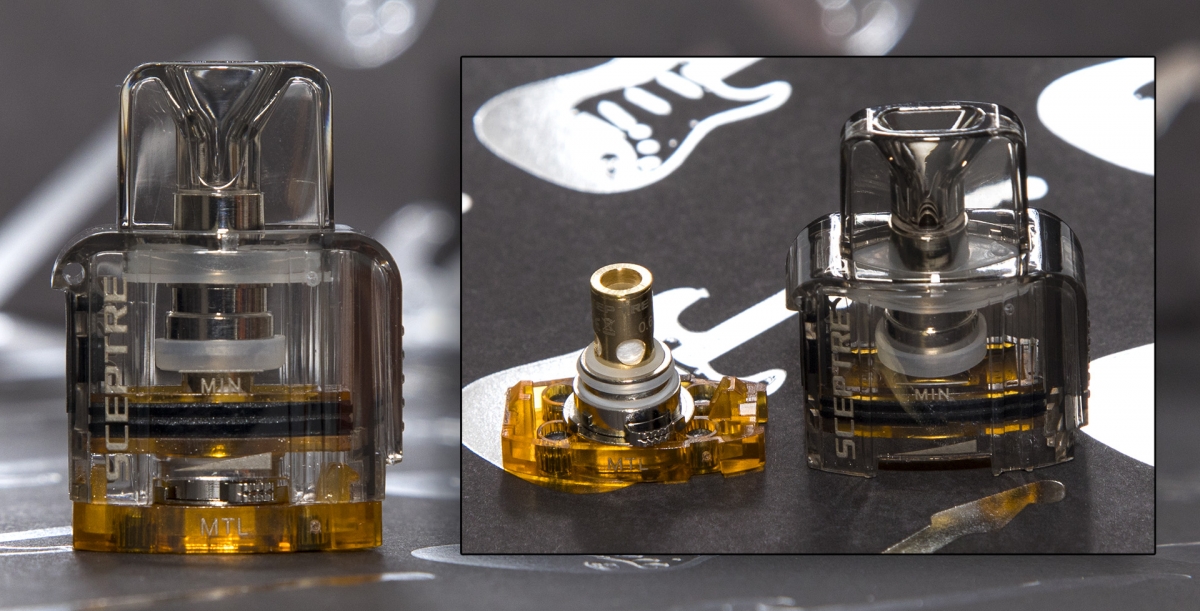 So far so good but the proof of the pudding is in the eating, so after filling the pod up and letting it saturated for 15 minutes, it was time to see how it performed!

Immediately the difference was great, the draw was just right, a smooth and tight airflow on the smallest setting and still a decent MTL draw on the full open setting. You can still get a restrictive DL draw but not as good as the original pod, but this updated version isn’t aimed at DL users.

Then there’s the flavour. I loved the flavour of the original 1.2Ω but this 0.65Ω was on another level, partly due to the lower ohms and it being mesh instead of wire. All I know is this new coil is far better than the old ones and offers a more intense vape. 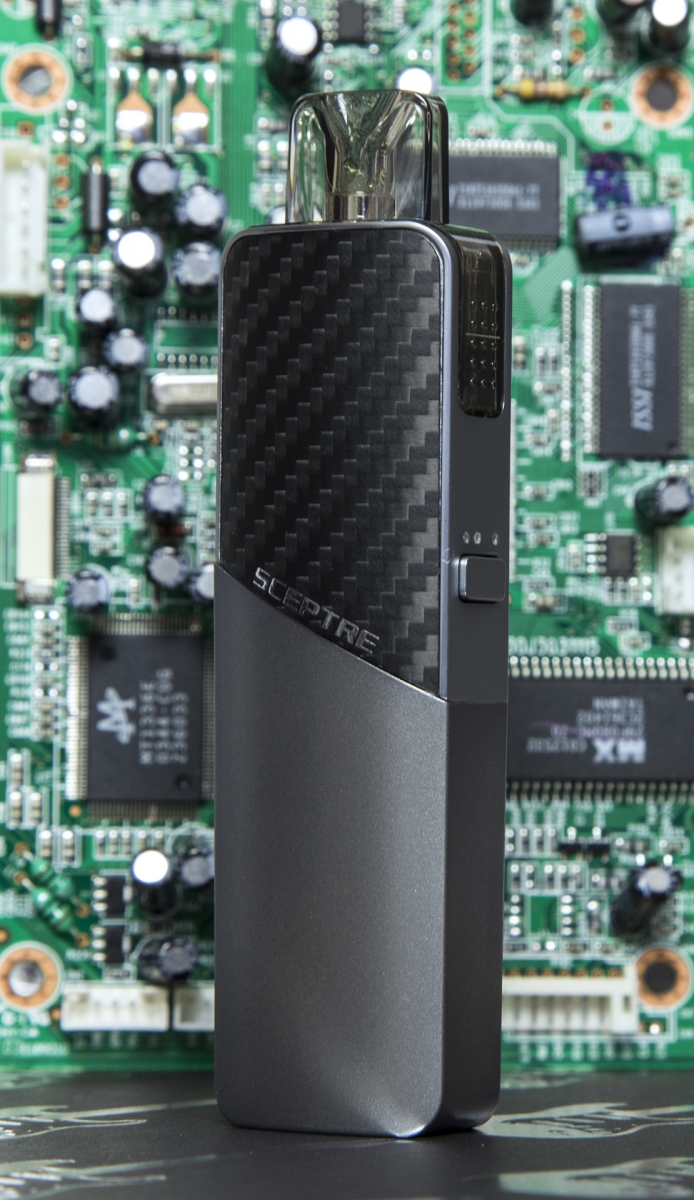 Battery life didn’t seem to suffer as much as I expected with the lower ohms coil, it lasts me well over a day and doesn’t take long to top up charge.

What a difference this new pod and coil has made to the Sceptre, for me it has made the difference of a pod I will regularly use and one that would go back in the naughty box.

This is all very well and dandy but what about the poor sods that already bought the original for MTL use?

The good news is you can simply buy the new pod separately which comes with a couple of coils. 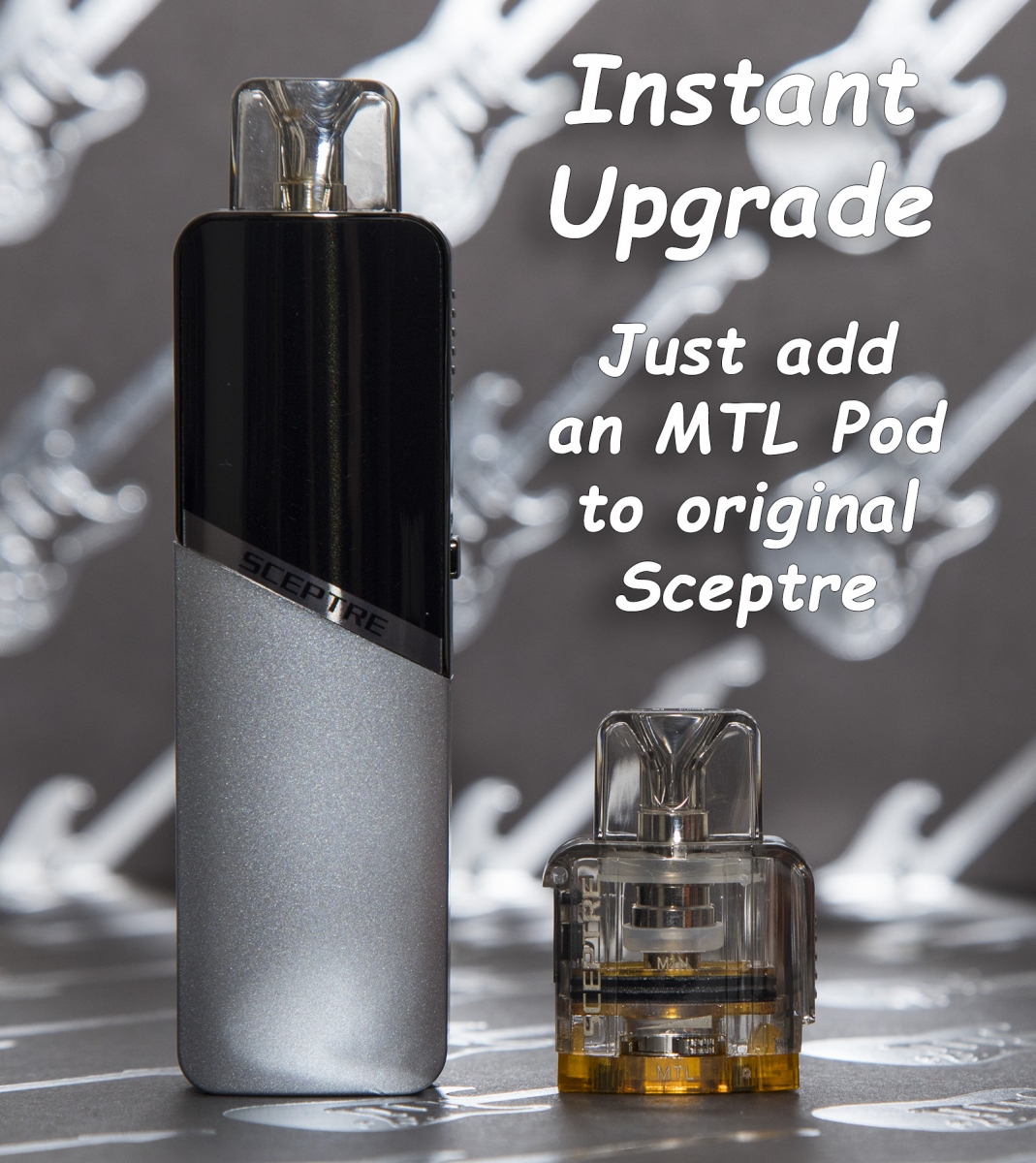 I know that some people might find this annoying or feel they shouldn’t have to buy another pod to make it right, but consider this. How many times have you bought a pod only to find you don’t like the draw? Generally you’re left with ‘it is what it is’ and manufacturers almost never improve the product or worse still, move on and release a different product. I have big respect to Innokin for making this move and it shows they have listened. They didn’t just tighten the airflow, they have improved the whole MTL experience with the new coil too. It not only vapes better, it also seems to last longer too as it seems to wick faster even using sweet nic salts.

Naturally you can also buy replacement 0.65Ω coils, and both products also have the new biodegradable packaging. 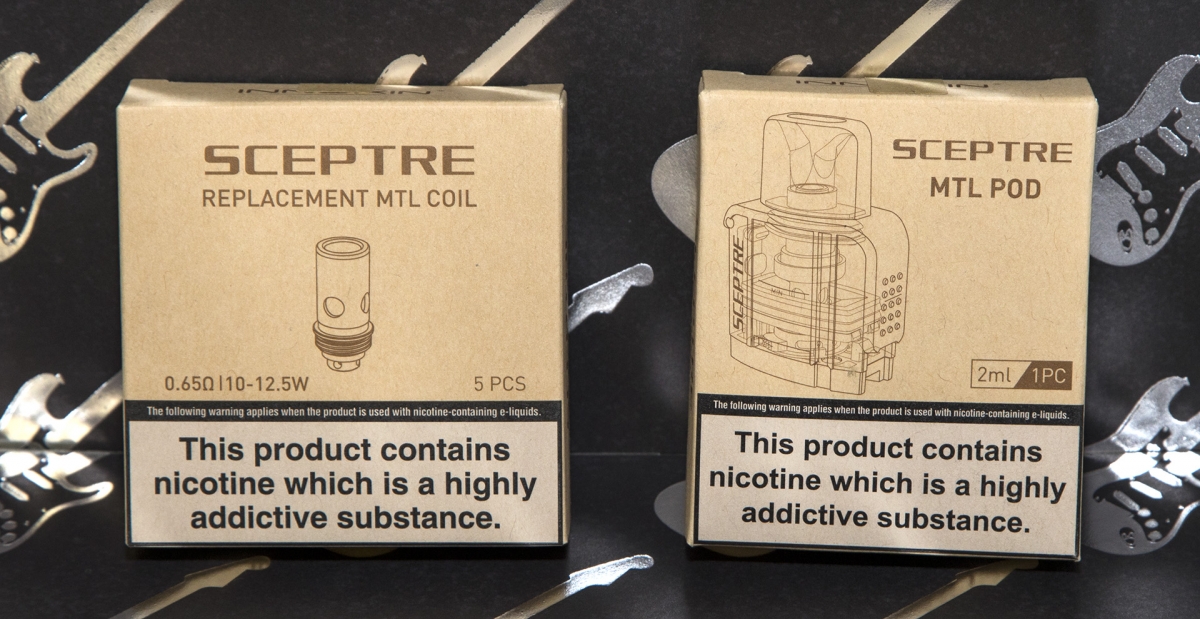 The pod comes with 2 x 0.65Ω coils making it more appealing to buy, Innokin have only just released these so I don’t know the price but I’m guessing between £7-£10? 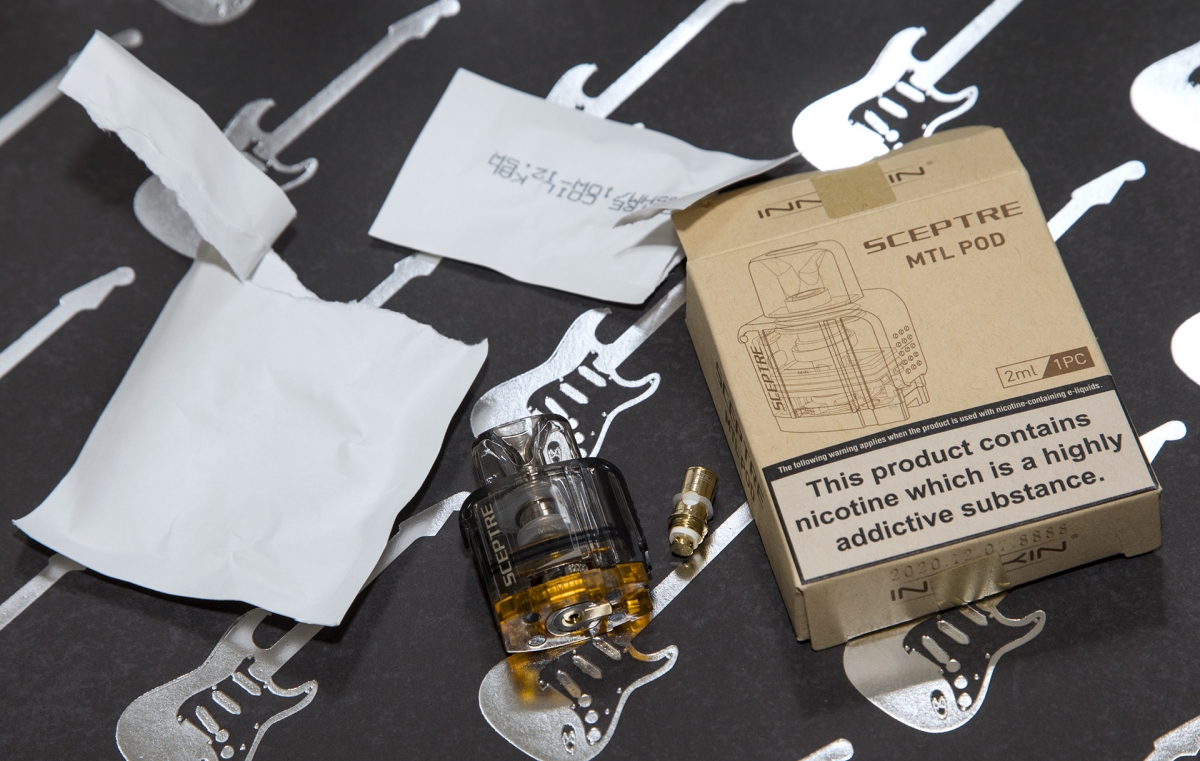 The green packaging is still there and even the sealing tape is paper based, nice detail! 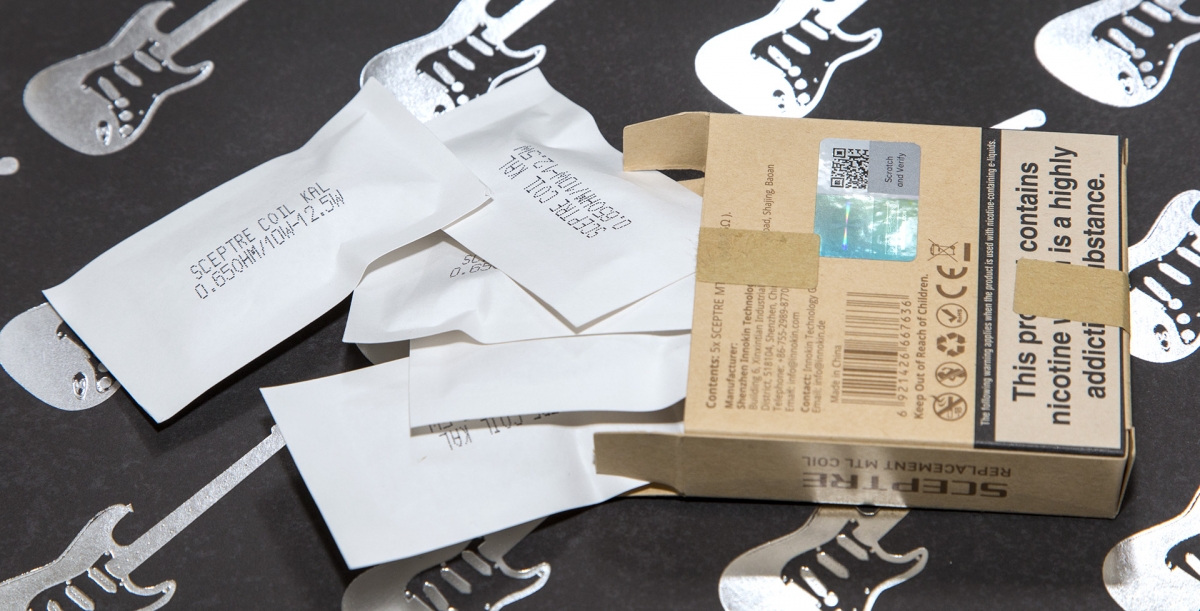 Innokin’s move to address MTL user’s dissatisfaction can only be admired in my view. Too many manufacturers don’t do this and pretty much ignore complaints, this can only put buyers off the brand. A classic example of this is Smok, after buying a few Smok ‘MTL’ products, I have given up as they simply don’t understand MTL, Innokin do though don’t they though.

“You Asked – We Delivered” is so true in this case. In fact they more than delivered in my opinion, not just a new pod but a new coil too, and planet friendly packaging, the size of the coil is also less wasteful.

Having read through my review, I am sounding like an advert! This isn’t the case believe me, I was very disappointed with the airflow of the original but the transformation of this upgrade really has turned the Sceptre into one of my favourite MTL devices and is likely to feature in my Best of 2020 round-up.

This is the first time I have experienced such an improvement to a pod system, and my respect of Innokin has risen dramatically as a result.

In my original review I said “Would have been an 8.5/10 if the airflow was tighter” but with the addition of the new coil, improved auto-draw it is a solid 9/10. 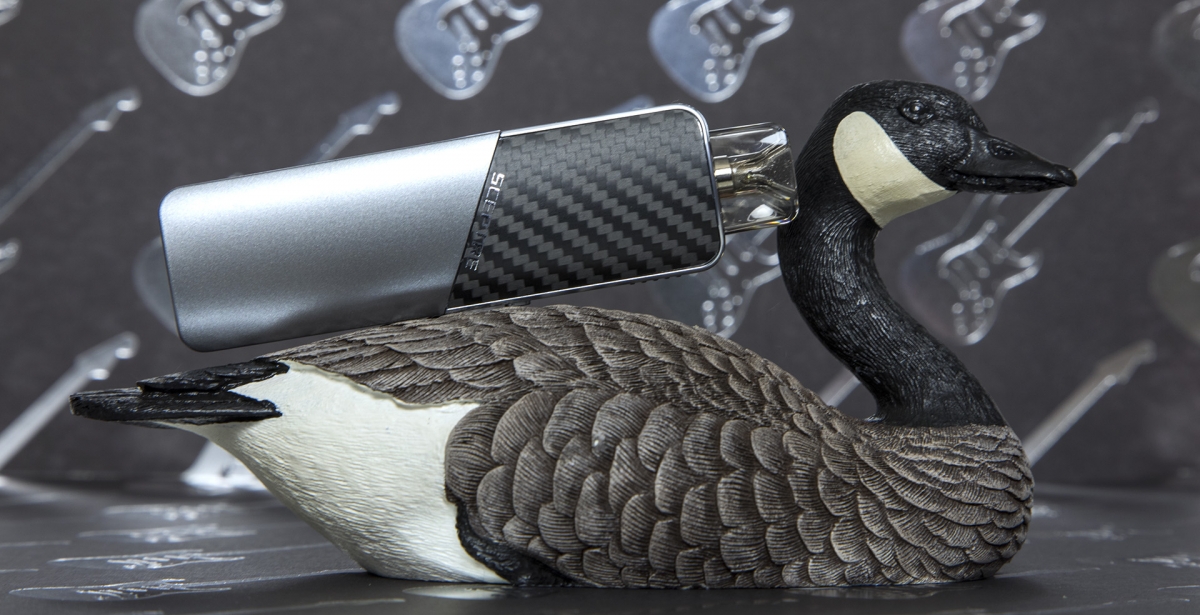