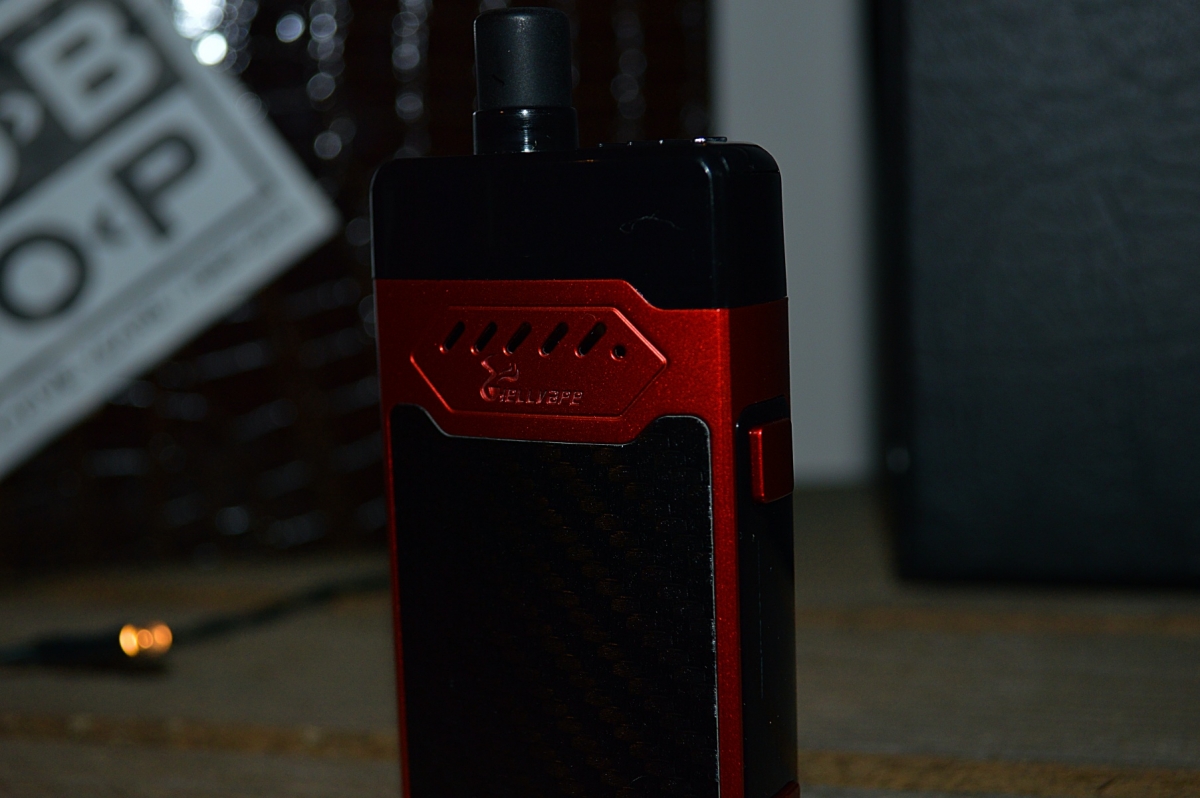 One person who has always stood out in the vaping community is Grimm Green, the other is Ohmboy…why? They innovate, they care, and they sure know how to bring new hardware to the scene! They advocate well and are committed to the cause. What do you do with two guys like that? You give them Hellvape (Jean), she meets them, then bam this comes out… 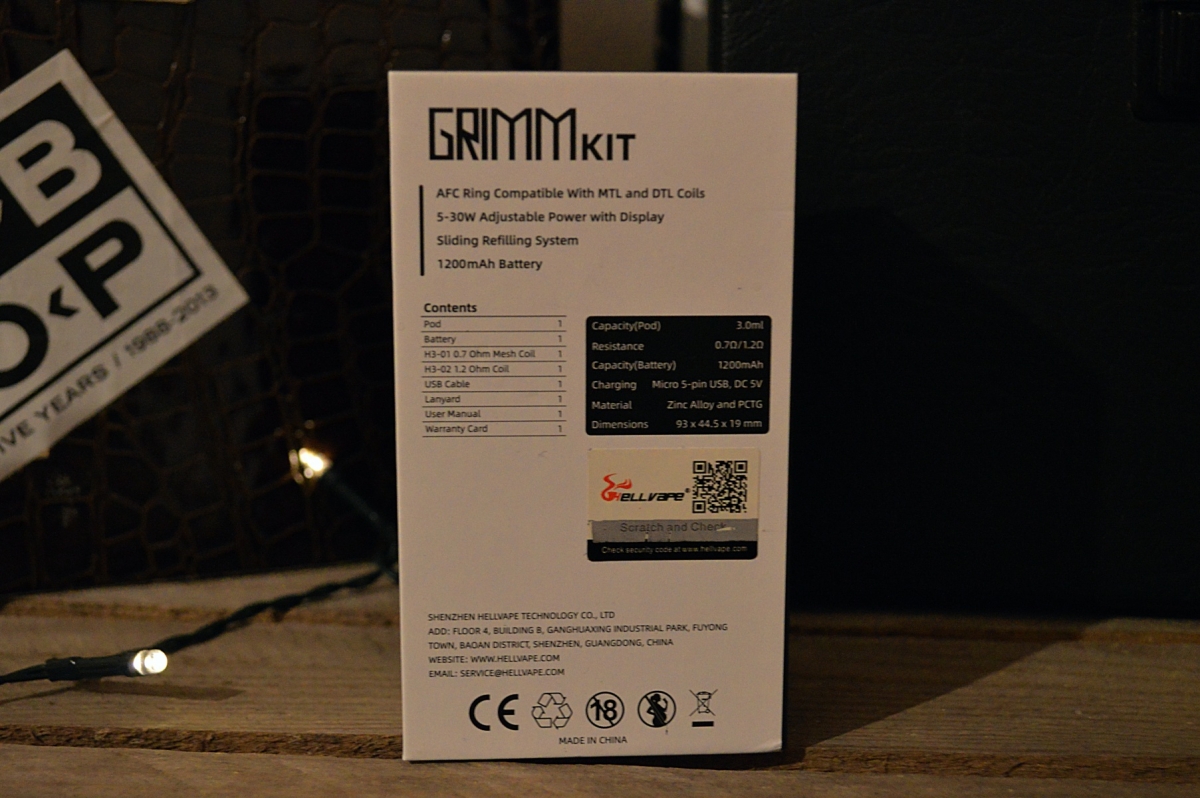 The Grimm kit comes in many different colour options with black or carbon details. The available colours are black, white, silver, gunmetal, red, rainbow, blue and purple. The kit retails at $62 or £50. This is a great price and a must for anyone who wants a pod system, as it is killer and an awesome addition to any collection.

The 0.7oHm mesh coils are replaceable and have a screw fixture. Also included is the 1.2oHm MTL coil which provides a nice flavour. You can buy replacement pods and they are priced well. A Micro USB for fast charging is included, and it charges in no time. A Hellvape lanyard to hold the vape device is a nice touch, and completing the package is the 3ml pod. Of course there are user manuals and a warranty card.

This pod is built very well and feels like a good construction. It’s much lighter than the predecessors. The pod is very easy to open and fill with a slide action cap. It is made of plastic but feels really good. I thought I’d try and give it a vape after a shorter period only because I was intrigued…and wow it worked really well. I started off on 15W then gradually increased to 22W…she’s banging!!

The Hellvape is a regulated pod mod with many features for a small device which include variable wattage and voltage modes. It gives the user the chance to see battery life along with puff counter and a nice bright screen. The features for this mod are great and it’s a real banger of an AIO which for me is something else! 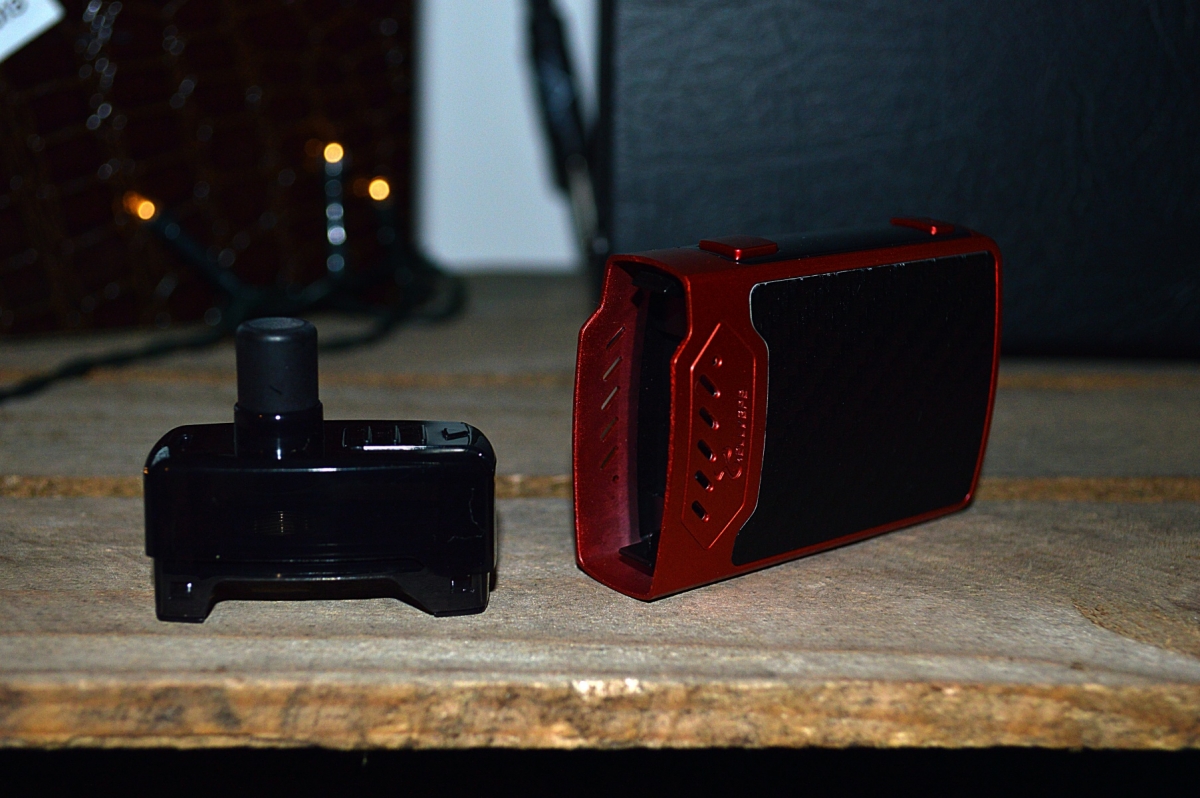 The Pod is a nice size at 3ml but it does require regular filling as the coil is thirsty, but I don’t mind this as it's brilliant and the coils are lasting ages. This is a bonus. There has been no leaking with the pod, only the odd condensation which occurs over the daily usage. This hasn’t affected the performance in the mod or read "no coil attached" like some AIO kits have recently.

The device is small and takes very little time to charge, one hour max, and after that it's vape again so the charging time is really good. I’ve been taking it off charge as soon as it has finished, and it’s been lasting all day. I did replace it with other mods just to see how I’d get on and I’m impressed. They have managed the airflow pretty well too and it gives good flavour and cloud production.

Both the coils were great on flavour but the mesh stood out most with flying colours. This gave a good clouds, hit and an overall hit the spot for me.

The 1.2oHm coil was wicked for MTL. It seemed to be consistent and lasts an age. I did swap back to the mesh as I had the most fun with that one. The mesh is still going strong after roughly four weeks. 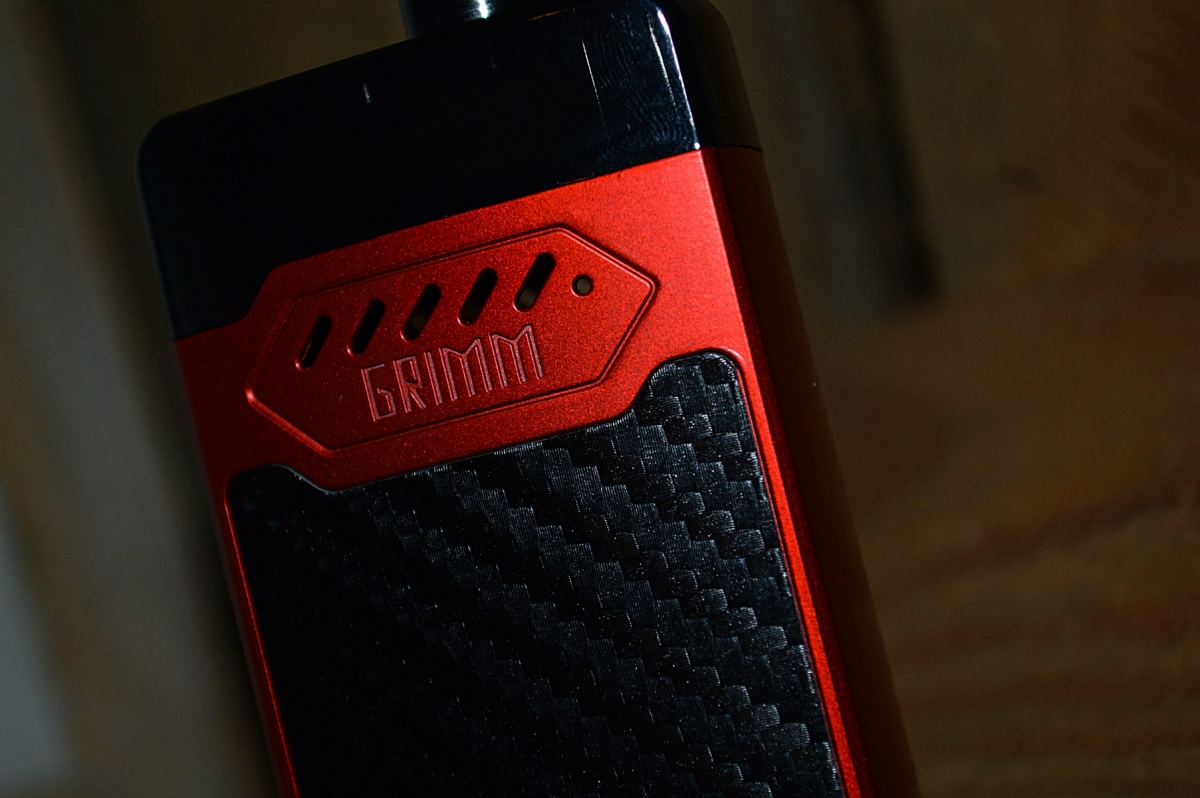 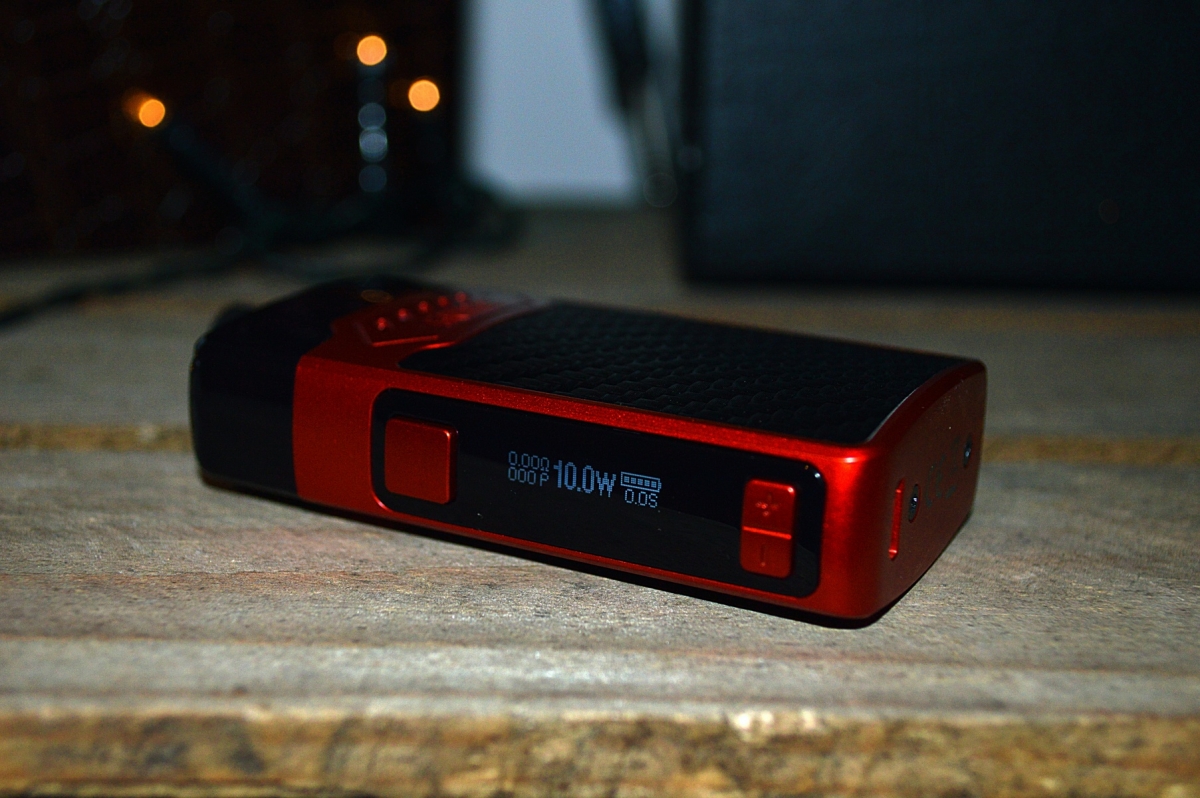 So pods seem to be the big thing at the moment, taking lead actually. But this one seems to know where its place is, and that is in my top three favourite pods. I was a huge fan of the Orchid but that failed miserably and although I did get promised a replacement, it never materialised. So that has been taken out of my top pods…sorry! But then this beauty came along and ripped most to shreds. It is really a great piece of kit and it is very well thought out. I'd hands down recommend this to any new vaper who is looking at ditching the cigs.

The question is would I buy it? I would buy all the colours and stock up on replacement coils just in case it got discontinued and then I would hope they would bring another new one out to keep the Grimm kit evolving. It is such a good piece of kit and I’m overwhelmed how they got it so right. Some people might see it is a hefty price tag but this really isn’t, it’s much more diverse than others and it has big names attached which helps it well. 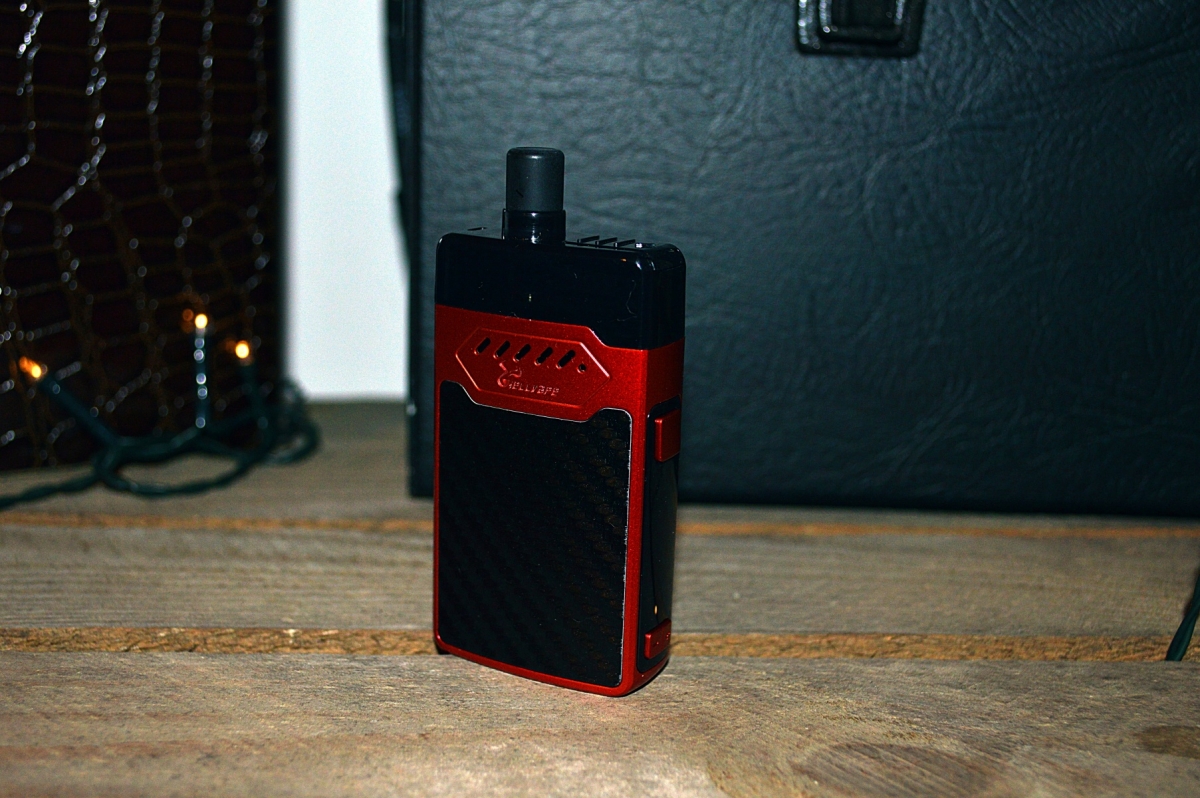