FreeMax has sent over their latest starter kit, the MaxPod Circle, for review. Having tried out the original Maxpod earlier this year which has been one of my favourite MTL starter kits (review here), I had high hopes for this one.

The FreeMax MaxPod Circle comes in a small but surprisingly heavy box (178.3grams) with the MaxPod Circle displayed prominently in a clear window on the front of the box and a scratch ‘n’ sniff code on the side. Inside, you’ll find the MaxPod Circle itself, two pods (one pre installed), some paperwork, a usb charge cable and a metal lanyard. The lanyard itself accounts for a fair amount of the weight coming in at 37grams. 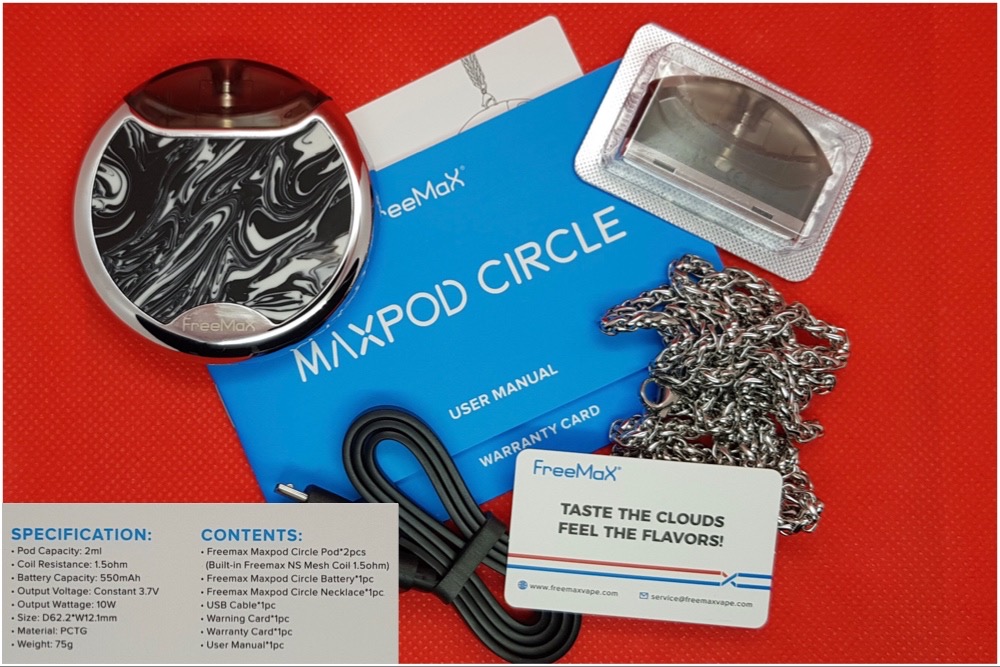 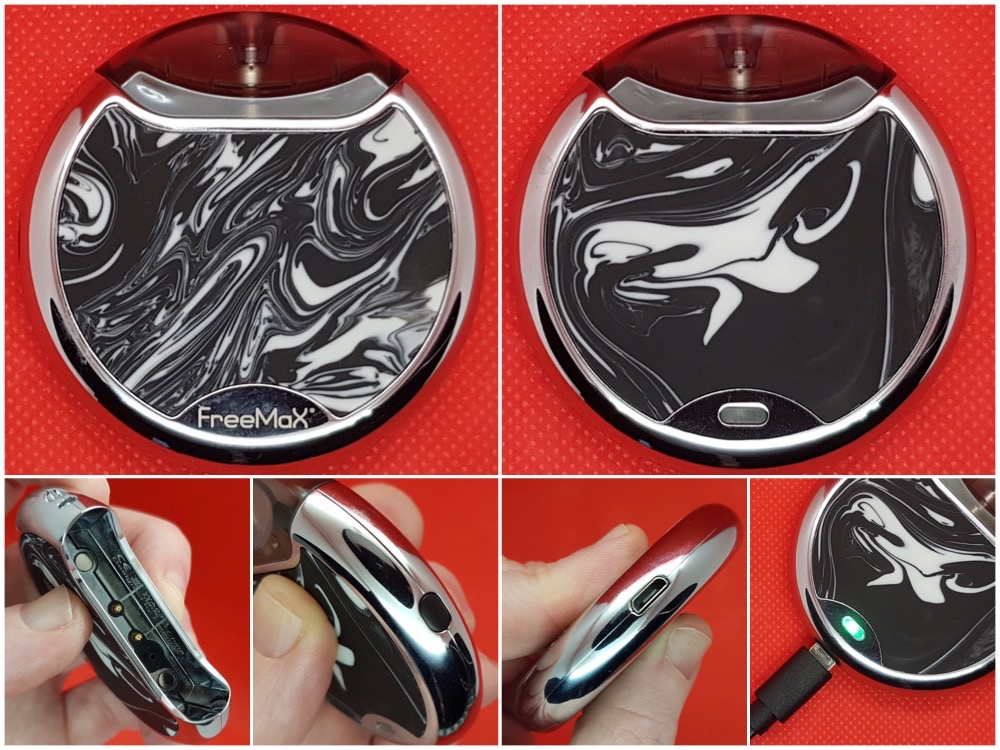 Aside from the obvious change from a traditional “stick/pen” style starter kit to a circle, the MaxPod Circle has gained a little weight and is now 75 grams instead of the original 56 grams. You don’t get any increase in battery capacity here though, so I must assume much of the weight gain is down to a combination of the size/shape and the resin side panels which are available in four different colours.

The front and back are clutter free with a FreeMax logo on one side and a large status LED on the other. The LED shows the approximate power levels (green, blue and red) and any error messages from the multiple built in safety protections. This is extremely bright and can be a little distracting at times. Surprisingly, this hasn’t proved to be a fingerprint magnet either, despite the high gloss chrome chassis.

Up top is the recess for the pod which is held in by two strong magnets. This easily passed the shake test, but it still remains easy to remove the pod for filling. There are two contact pins and a draw activation tube here as well, I’d advise giving this area a quick inspection whenever you remove the pod for filling as, although I haven’t experienced any leaking, there has been some condensation build up, so a quick wipe down might be in order.

On one side near the pod, there's a clip for the included lanyard. I don’t use them myself so that went back in the box. On the other side, there is now a power button, this pulls double duty as an on/off switch and can also be used to fire the device instead of using the draw activation mode. Whilst the ability to actually turn the MaxPod Circle off whilst not in use is a very welcome addition, the button is rather awkwardly placed to use as a fire button so I mainly found myself using this as a draw activated device.

Finally, on the bottom there’s a usb charge port. I recorded a peak charge rate of 0.48 amps in my test with a final charge of 523mAh in 1 hour and 15 minutes which is all very close to the quoted specifications from FreeMax. Sadly vape whilst charging doesn’t still isn’t supported. 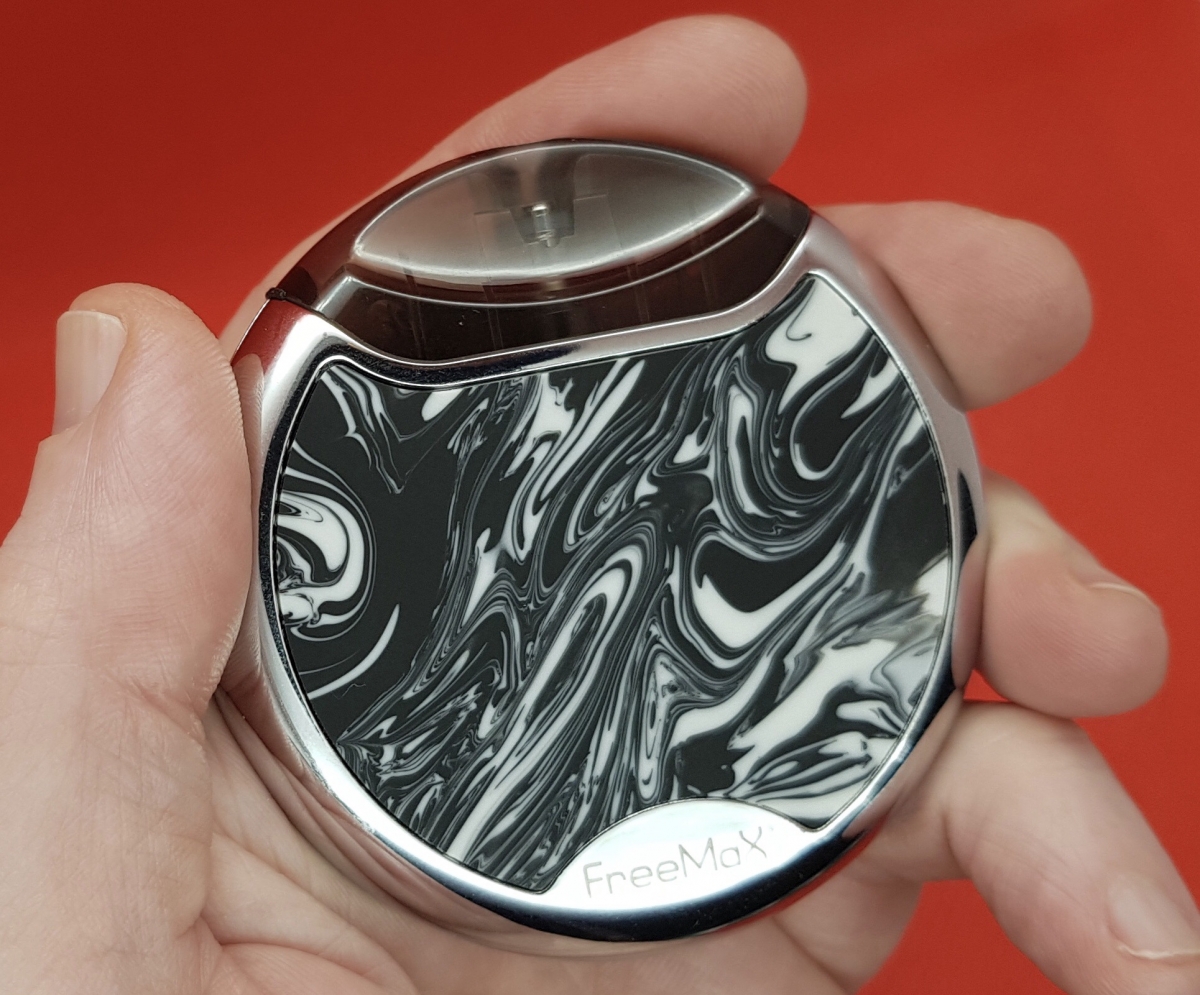 The pods are now a disposable unit, a step backwards from the original Maxpod with its replaceable coils, but still feature the FreeMax FM SaltCoiltech 2.0 mesh coils which I believe are kanthal and use 66.66% tea fiber cotton for better wicking and flavour. All the pods are 1.5oHms. Two pods are included in the kit, and extra pods also come in packs of two with the pods contained in individual sealed bubble packs.

The large duckbill style mouthpiece necessitated by the shape of the MaxPod Circle takes a little getting used to but is comfortable enough in use. The fill port is on the side and is a decent size, but I did find that air tended to get trapped under the opposite side of the coil whilst filling. Wait a second or two, and this will eventually make its way around the chimney and you can continue filling the up to its 2ml capacity. As is common these days, the pods are constructed from PCTG so should be resistant to tank crackers, but this is largely irrelevant as you’ll be throwing the whole thing away one the coil is done.

Coil performance has been just as good as I experienced with the original Maxpod, with bags of flavour and a medium mouth to lung draw which is what I prefer. Performance felt consistent throughout the battery life thanks to the constant 3.7volt output. The coils did feel like they were getting a little dry if you really heavily chain vape on them, but are fine in normal use and I’ve had no dry hits or leaks. 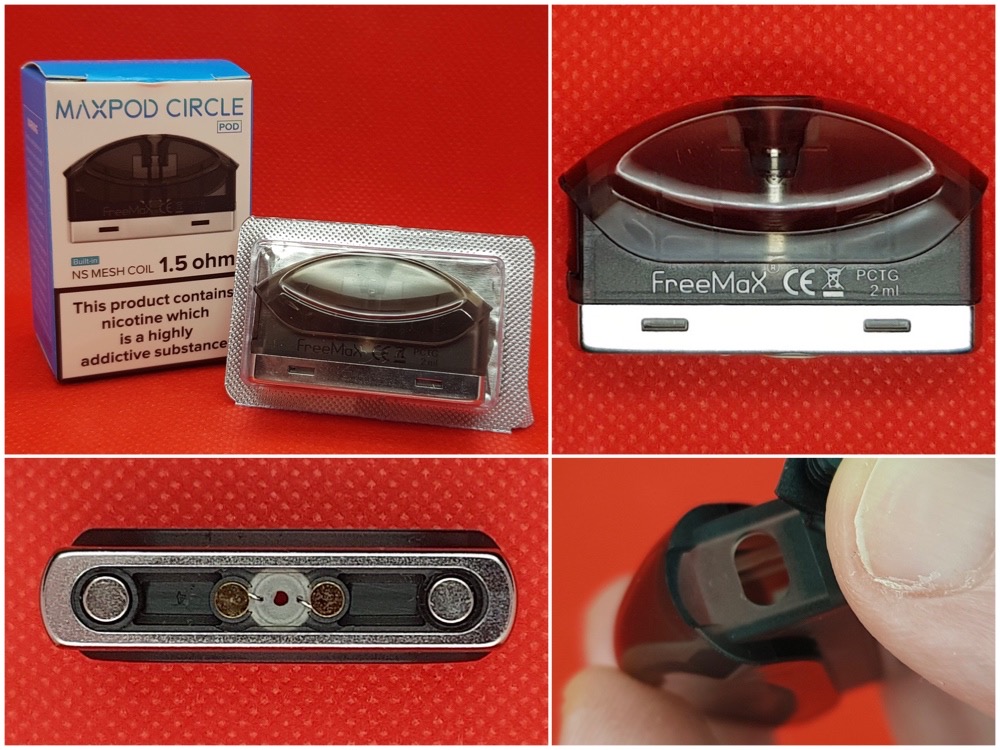 Some of my favourite bits of kit so far this year have been from FreeMax, and the MaxPod Circle easily rivals the earlier Maxpod. Both are great starter kits and are ideal for an out and about kit to throw in your pocket. Would I recommend this over the original? Well other than the addition of an on/feature, this really comes down to which style device you’d rather have and if you’d rather have a disposable pod or replaceable coils.

Many thanks to FreeMax for sending the MaxPod Circle out for review. 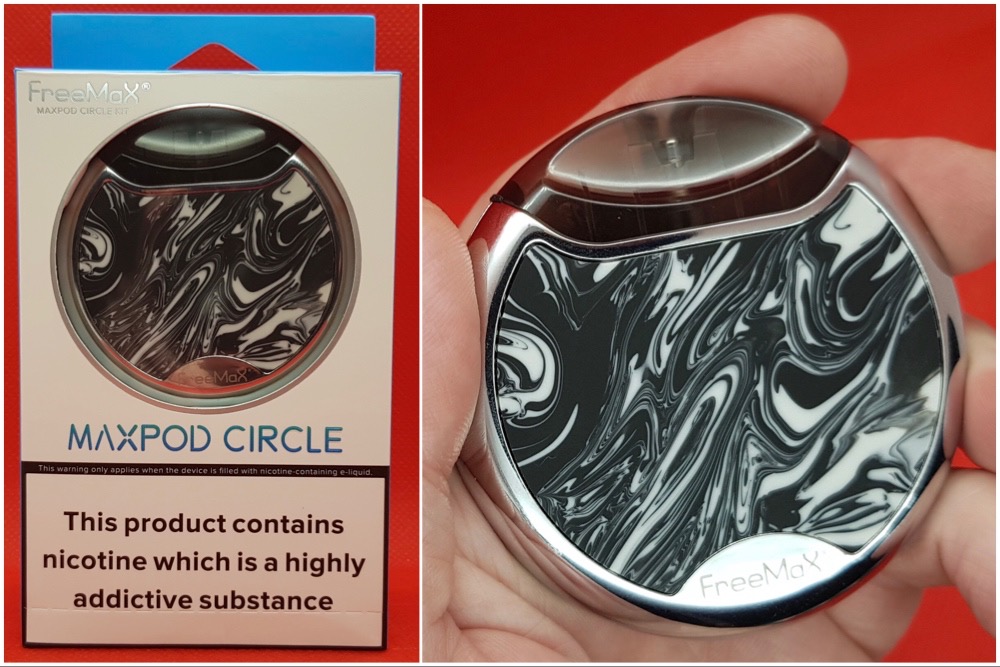