Back in march of this year I reviewed the Voopoo Drag X Plus kit, whilst this was OK overall, I came away a little disappointed with the lack of any boost capability in the mod. Fast forward six months and there’s an updated version, the Drag X Plus Professional, which does away with this issue, and our friends over at Healthcabin have been kind enough to send this over so I can see if this is the mod I was hoping for the last time around.

The name Drag X Plus Professional is a bit long winded so I’ll simply refer to it as the Plus Pro from this point on, in fact with a multitude of Voopoo kits now falling under the Drag branding, it’s all getting a bit confusing. The name is currently used primarily in their “pod mod” range, the “Plus” moniker means that it has a proper 510 connector rather than a pod recess (i.e. it’s a traditional box mod), and the “Professional” designation means that this has an upgraded board with boost capability. Hopefully that will clear things up for you a little! 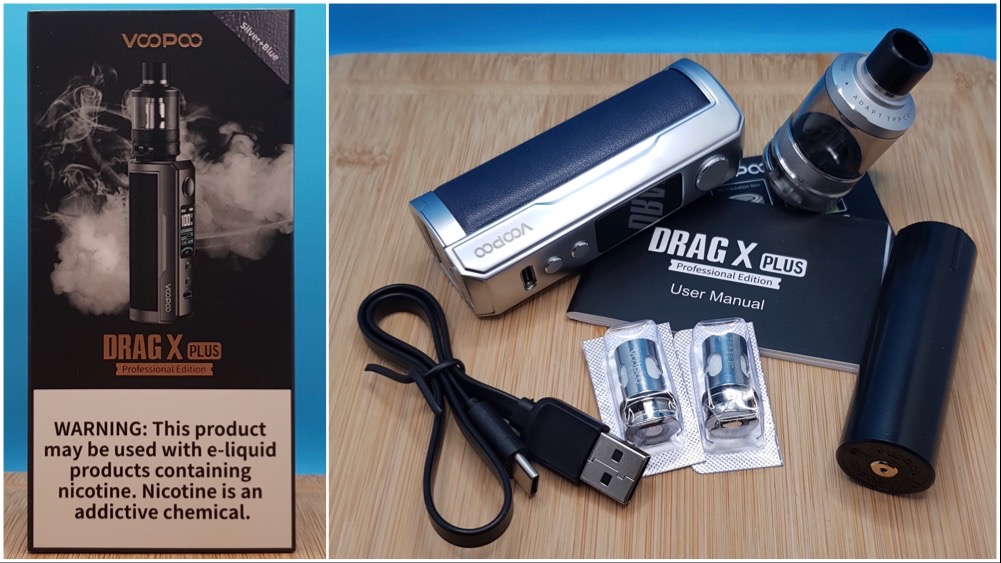 The Plus Pro kit comes with the new Drag X Plus Professional, a slightly updated TPP tank and two TPP coils, a USB-C charge cable, 18650 battery adapter and the usual paperwork. 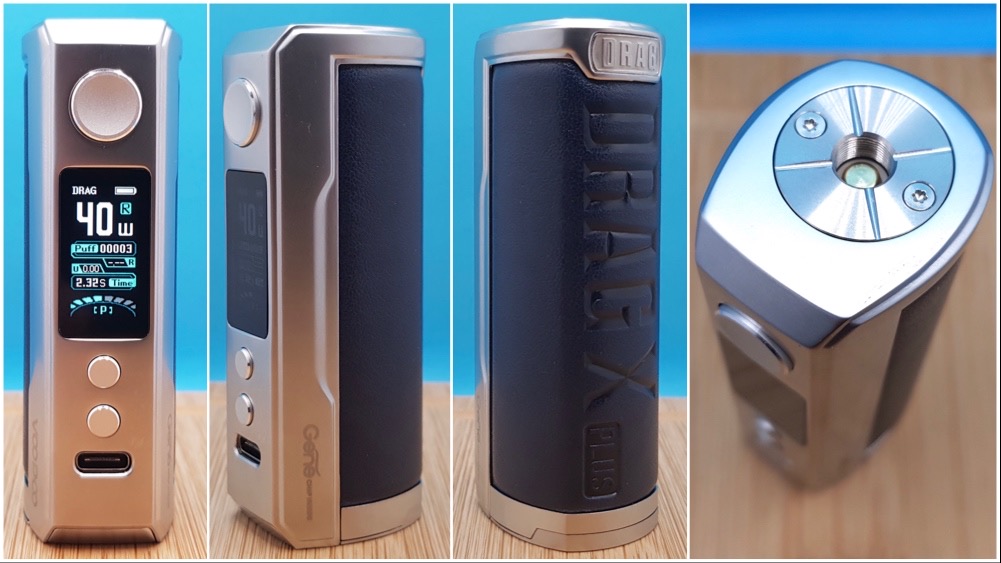 The Drag X Plus Pro mod is, at first glance, identical to its predecessor. The main visual difference is that the grip around the back and sides is now “leather” with a deeply embossed Drag X Plus logo down its spine, the branding is kept to a minimum outside of this though. I much prefer this to the earlier Drag X Plus which has a “suede” effect grip which feels a bit “papery” in use.

Once again the 510 plate is raised up 0.2mm from the top of the mod which should reduce the risk of atty rash, but it’s very minimal so you shouldn’t experience any obvious gapping with your atomizers. There’s plenty of room on top here as well, you should be able to accommodate attys up to 26mm without any overhang.

As with other recent Drag kits, there’s a vibrant colour screen which is easy to read even when outside. The control buttons all have a very satisfying click to them with absolutely no button rattle, and the main power button is well positioned for either thumb or finger firing. 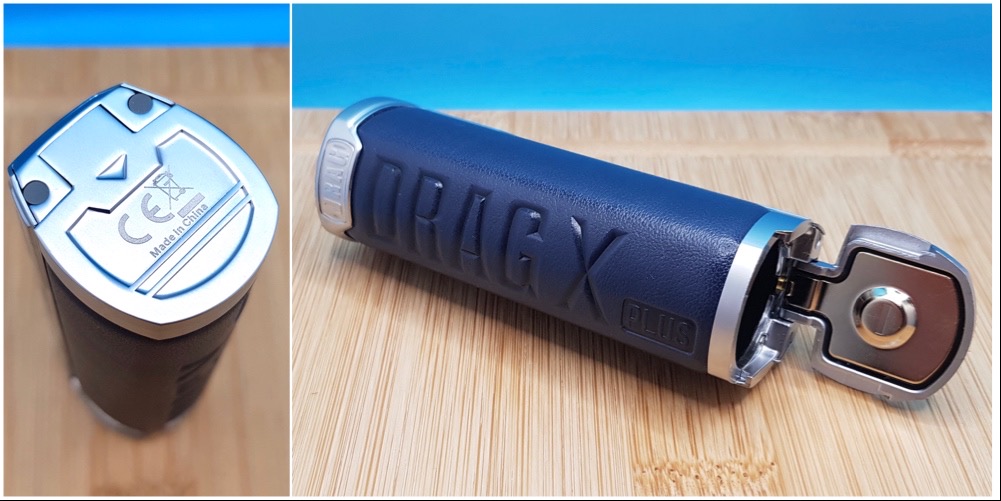 Batteries are inserted from the underside on a hinged cover, this has been rock solid in use and there’s little danger of this accidentally opening in pockets and the inner battery tube is plastic which reduces the risk of shorts. For the oversized 21700 battery test this passed the “too fat” portion of the test, but I wasn’t able to shut the battery door on the “too tall” test. You should have no issues with the most commonly available batteries though.

Performance from the Gene Fan 2.0 chip has been great as you would expect, but out of the box you're limited to just two wattage modes, the first of which limits the power available depending on your coil to prevent newcomers burning out stock coils.

On the earlier Drag X Plus I was deeply disappointed with the lack of any boost capability which meant that you were capped at your battery’s current voltage, basically Voopoo had taken the board out of the pod mod and stuck it in a chassis with a 510 on. This isn’t the case in this updated Drag X Plus Pro kit though the maximum voltage output is now a whopping 8.5 volts and I was able to confirm this using a high ohm coil and altering the wattage. This is a massive improvement especially if you’re a mouth to lung vaper where you need the extra voltage overhead. It also means that you don’t get a drop off in performance as your battery drains either.

One minor annoyance I do have with the chip is that it goes into a “deep sleep” mode after 30 minutes which then requires you to press the fire button twice before you can vape again. This seems to be common on all the recent Voopoo kits I’ve tested.

Rapid charging is available via the USB-C port if needed, however I suggest using a dedicated charger whenever possible. In my test it peaked at around 1.6 amps charging but quickly settled down at around 1.5 amps. 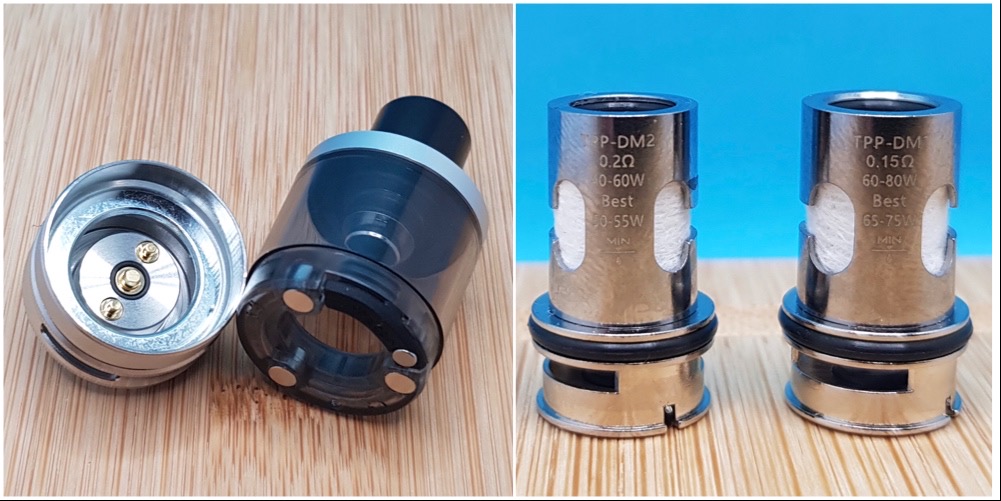 Included in the kit is an updated version of the Voopoo TPP tank which consists of a 510 base/airflow with a plastic tank which shares more in common with modern pod kits.

I have used this before with a couple of other Voopoo kits and this performs just as well as it did before, the TPP coils actually have three connectors (two negative, one positive?) which effectively makes them a dual coil setup to ensure more even heating which results in great flavour. I did find that this can develop a bit of a whistle at certain airflow settings this time around.

The included coils are both a full blown lung hit, however as an added bonus the 510 base/airflow is also  compatible with PnP pods and coils if you’re more comfortable with those. I still can’t find any mention of the coil material but I believe they’re kanthal, use with caution if you’re nickel sensitive though.

Many thanks to Healthcabin for sending the Drag X Plus Professional out for review. They also asked me to point out that Healthcabin is one of the biggest vape wholesale distributors in China and if you're a vape business owner just contact them to get competitive wholesale prices.