The Subohm kit is going the way of the dinosaur these days, but have Teslacigs come up with one of the surprise hits of the last twelve months?

In a market that has always been dominated by copy and paste designs, Teslacigs have always stood out from the rest. They are not a household name like some other companies are, but they do bring new and unique designs to market each and every time they want to break from the norm. If you have not heard of the company directly, you have certainly heard of their most famous product, the Steampunk mod series. Made from solid metal with a special steampunk etched design, it was a firm favourite with vapers who wanted something a little different. Fast forward to now, and they have broken the mould again with one of the more unique looking devices in the sub ohm range for quite a while. The Telsacig Shinyo moves away from the standard box mod that still dominates the rare releases these days, and offers something that could well be the right mod for you. With a full colour screen, curved design and the same good build quality that you would expect from the parents of the steampunk, what could go wrong? Before we get into all of that, however, let’s break down the device and see what is under the hood.

About the Tesla Shinyo

Tesla Shinyo is a tank/mod combo that stands out for a number of reasons. With its solid stainless steel look with matching tank, the device certainly looks nice to the eye. The biggest thing to make a note of here is the name being either one of the oddest names in the vaping industry today or a very poorly researched name. Shinyo seems to derive from Japanese and has two direct meanings, the broken Shin Yo which was an aircraft carrier, or the Shinyo, a suicide motorboat during the war. Yeah, I think despite the effort gone into this device, naming it after a suicide boat may not have been the best idea but there you go. I will take a deeper dive into the kit starting with the mod itself.

The Shinyo mod is a dual 18650 device capable of firing up to 213W. It has a full colour screen displaying power, resistance, mode, battery indicators, volts, and seconds vaped. Its fire button is placed on the right-hand side with rubber grips along the edges of the device. On the back, there is a magnetic door panel, and under you will find the battery bay complete with a ribbon for removing cells. The top is around 25mm in size with a slight moulded design to stop overhang. It has vent holes on the bottom of the device along with a curved edge design. Three clicks take you to a menu system that allows you to select coil type, preheat mode, ohms counter reset, adjust ohms, and memory mode. Five clicks turn the device off.

The tank is called the Tind tank, and it comes with a 4.5ml capacity (2ml TPD). It has bottom adjustable airflow and a screw off top revealing two large fill holes. The 810 drip tip is designed to be heatproof from warming up and can be replaced. The coils in the box are 0.18 Ohms and are recommended up to 80W. It is a standard 25mm sized tank and comes with a clear glass tank and screw in coil design. 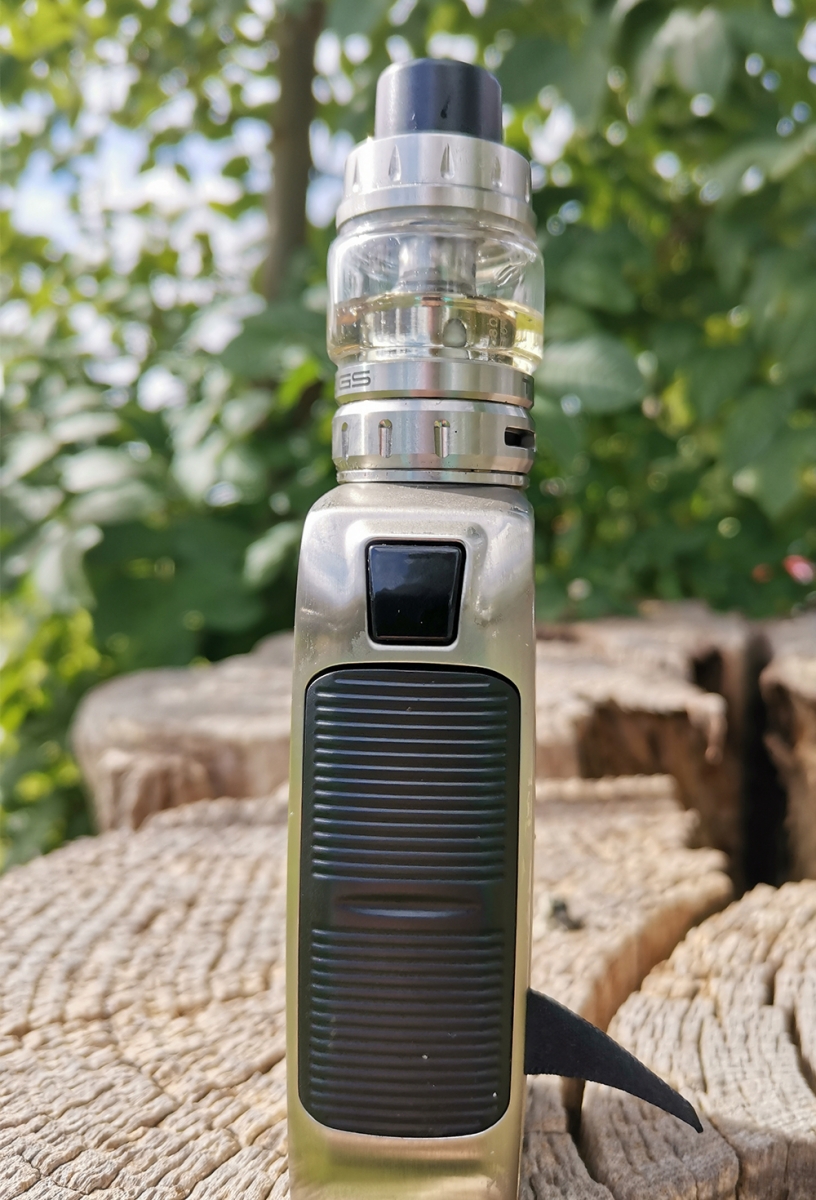 Now this one is quite interesting because there is plenty to really pick up on that you wouldn’t really notice without having a proper hands on approach to it. The first pro for me is the design being so different to the typical box mod that you usually get today. The curved design is comfy in the hand and the rubber grip sides give you a little extra support when carrying it to prevent it from slipping. The weight of the device is another positive for me, simply as you can tell it is well made and therefore would survive general wear and tear, and then some. Since using this, I have not noticed any damage to the device at all which is a major pro. The back-door panel is quite secure with only a slight wiggle when forced and is nothing that you notice when using the device. The fire button is clicky and responsive, and the fast ramp up time is good with only a slight delay on the first pull of a chain vape. The stainless steel design doesn’t seem to attract fingerprints like other devices do, and overall this is very well made.

Inside the device now, and this is the interesting part. The screen is lovely to look at with full colour and plenty of information without overloading the device on the eyes. The menu system is simple to use with a wheel based design that is easily navigated using the navigation buttons and again, it is simple but works really well. The reason why it is interesting is because despite the names of the modes, they do offer something rather different. The output selecting coil type is an easy way to switch to different vaping types without asking you to program much beyond resistance. The taste option, which is usually a pre heat setting, actually makes a big difference, with hard offering a much harder hit for your power compared to normal or soft.

The tank is pretty solid for a kit tank, offering decent flavour and performance from the coils. I must have at least around two weeks on the coil before I noticed a drop in performance, and even an accidental firing in the pocket one day didn’t burn the cotton out immediately like it does on other tanks. The fill hole design on top is nice and wide, and the interchangeable drip tip again is a positive for the tank as it provides some customisation. There isn't much else to comment about the tank in all honesty. The airflow is nice and wide with plenty of option there.

The cons for the device now, and to be honest the cons are more subjective when it comes to the mod. The first con is going to be the weight of the device, despite my enjoyment of such a thing. Some people may not enjoy the weight of this device being much more than average so you will definitely know it is in your pocket. Because of this weight also, if it leans against something whilst unlocked or is turned on, then it can trigger the fire button, something to be aware of. The next con comes with the screen. Although it looks nice, it has a lot of dead space on it which is quite disappointing. It either cries out for a touch screen style input or a way to customise backgrounds because as it stands, it feels like the screen is too big for what you are getting. The next con with the mod is that menu and the odd names for the options, taste instead of mode, input instead of mode etc. The only way to figure out what is what is to have a play around with it far more than you would do usually. The taste options not being clear on what they do is a con, the power certainly ups as you move up on it, but the displayed wattage doesn’t, yet clearly, we are getting more power into the device. The battery compartment is a little tight for me compared to other mods. If you want a secure mod, then it is great, but it can be difficult to fit your batteries in there when you have to change them.

Moving onto the tank, and there are two glaring cons for me that stop it being a great tank. The minor one being the top fill cap being terribly thought out and it can be too secure on top. I have had issues many a time using this as you can run the risk of unscrewing the top with the coil still attached which is something you want to avoid doing, so it is very fiddly to fill the tank up. The other con to really focus on is the flavour not being as good as some of the more mainstream tanks on the market today. You do get a nice flavour, but it doesn’t have any intensity and instead feel softer than normal. So as a kit tank it can be solid, but you may want to change to your preferred tank with this one. 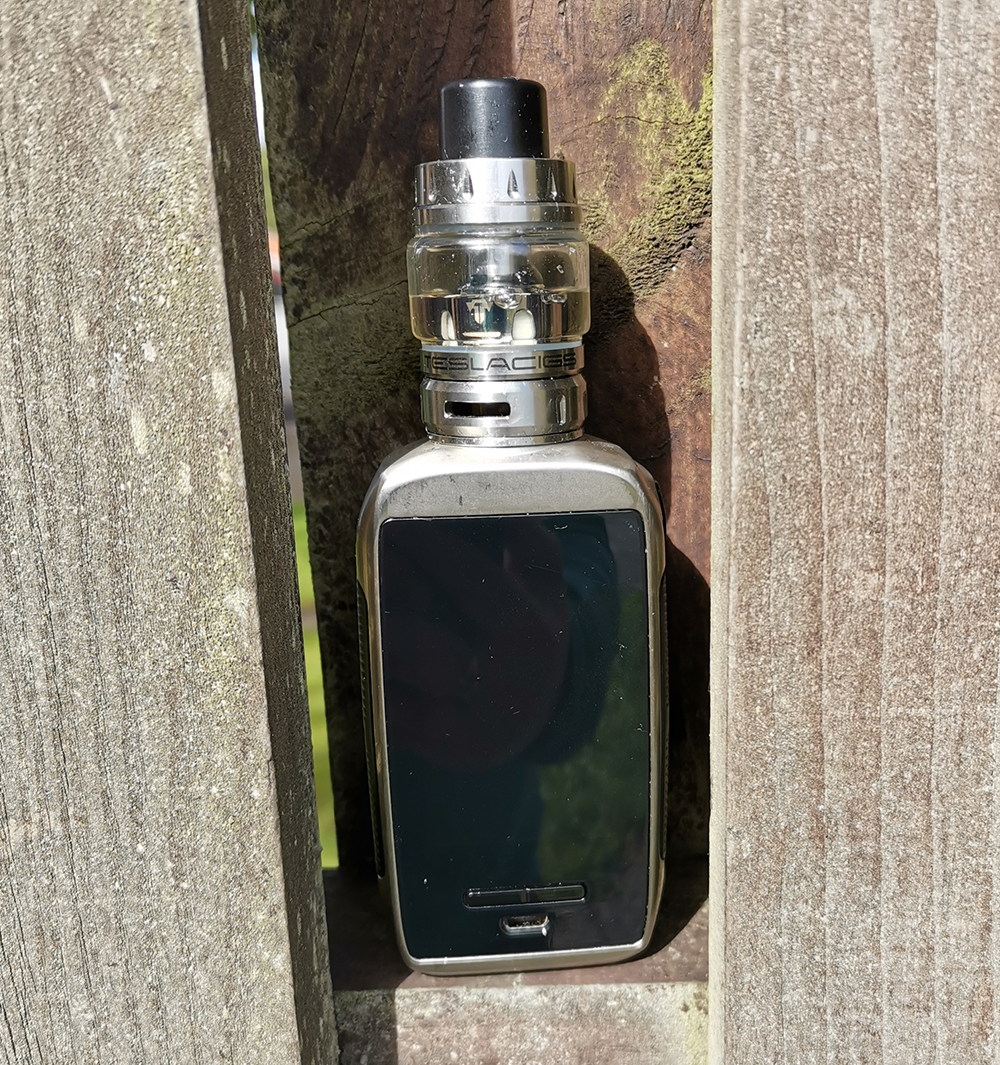 This really is a review of two different products because the mod vastly outperforms the tank. Despite its shortcomings, the Shinyo mod is a very solid device with plenty of performance and battery life and some notably different ways to vape using it. It is simple and responsive which is all you can ask for from a device, and the solidness and weight of the mod shows how well constructed it is. Compared to the tank, and there are just far better options out there for flavour and vapour production.

Would I recommend this? The mod absolutely yes, if you want to delve back into subOhm mods but don't want to spend a fortune, it will serve you very well.

This review was brought to us by Sourcemore so massive thanks to them. If you want to pick this device up, you can do so on this link 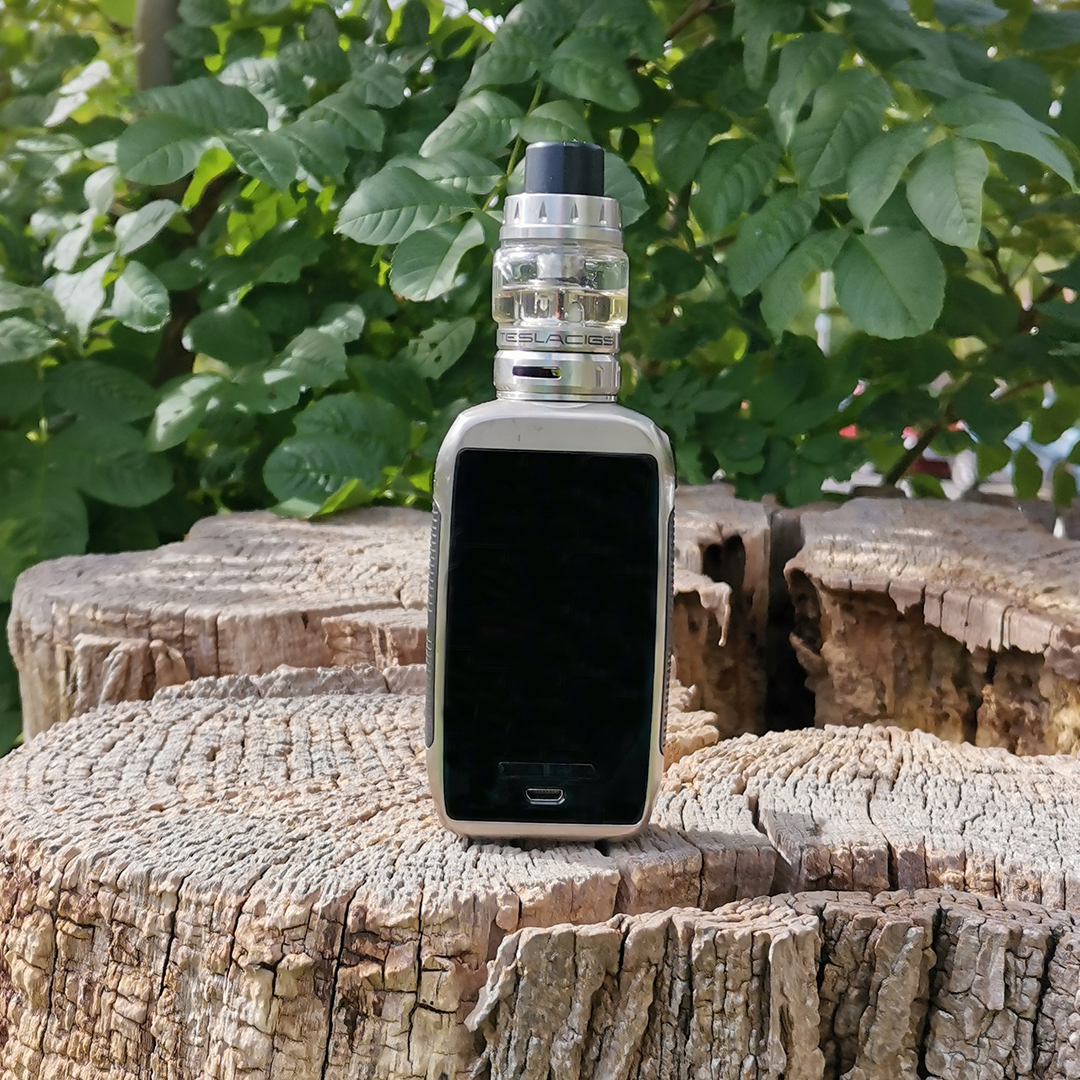