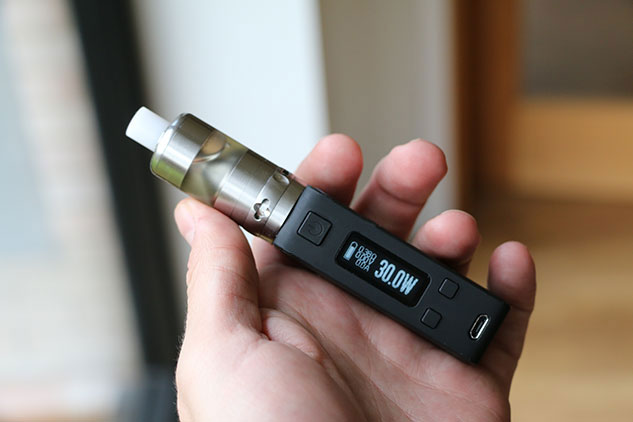 Regarded as the smallest DNA75 device on the market at the time of writing, the SBody Elfin DNA75 has been creating quite the buzz recently, with many early adopters enamoured with the included Evolv DNA75 chipset, tiny form factor, rubberized coating finish as well as the battery lifespan from the built in 1800 mAh 18650 battery that is recharged via the micro USB slot on the device.

Included within its tiny stature is an authentic Evolv DNA75 chip, which is rapidly growing in popularity across the market these days, meaning SBody Elfin DNA75 owners get all the advantages of one of the most advanced and accurate chipsets on the market, as well as the ability to customise the SBody Elfin DNA75 through the Escribe software for Windows PCs.

Does the small and stealthy SBody Elfin DNA75 punch above it’s weight? Let’s find out...

With dimensions of 71mm x 39mm x 23mm, the SBody Elfin DNA75 is regarded as the smallest DNA75 device on the market and it's certainly one of the smallest devices I've ever held in my hand. It is manufactured from zinc alloy with a rubberized coating, that feels really nice to hold, however during use I've noticed that the finish is prone to small chips. There's a rounded edge to it that sits in the palm of your hand comfortably, and weighing in at 162g it feels pretty weighty.

At the top of the SBody Elfin DNA75 there is a gold plated spring loaded 510 connector, meaning you can get a nice flush fit with 22mm width atties. With larger atties you will get a slight overhang either side of the mod. There's also a small hole at the top to make use of the included lanyard attachment if you wish. At the base of the unit are three small vent holes for the battery, plus a serial number and certification marks. 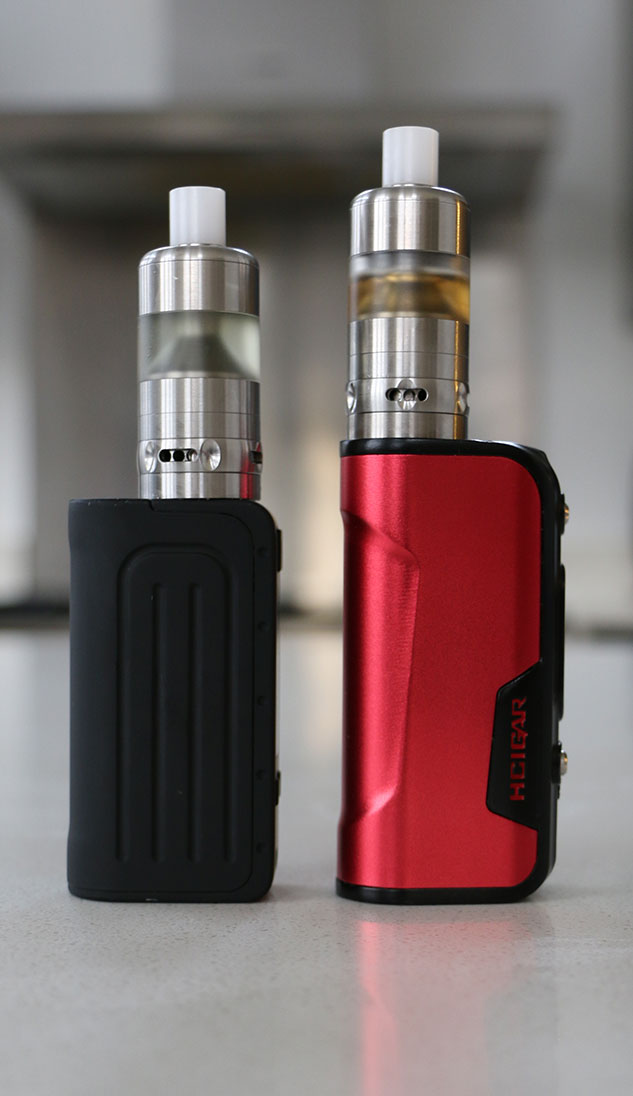 The front of the device features a power button, an up and down button, a clear OLED screen and a USB port used for charging the fixed internal battery and also for linking your device to a Windows PC to take advantage of Escribe. More on that below! The power button lights up with an LED when pressed, and this also indicates the current charge status when charging by displaying in red when the device is charging, and green when it is finished. The large OLED DNA75 screen is clear and easily read in any light conditions, and by default shows you the current battery level, resistance, voltage, amperage, power and temperature limit if you are using a TC coil. All of this can be customized through Escribe however to display different information if you wish!

First found with the groundbreaking DNA200 chip, the DNA75 chip also features Escribe compatibility, in fact it offers virtually all of the same functions, just with a reduced 75W maximum power output. Escribe is a groundbreaking piece of software within the industry that allows you a lot of freedom to customize the chip, from adjusting the performance itself to customizing the display, such as what is displayed on the screen. You can even use your own custom graphics for the boot up screen and safely messages!

You can really get the best out of the SBody Elfin DNA75 and any other device with a DNA75 chip by investing plenty of time into learning how to use the Escribe software to great effect, it's definitely worth you putting the time into seeing how this works. Of course, if you find it a little overwhelming or are uninterested in it, the SBody Elfin DNA75 can be used straight out of the box, but you would be missing out on a whole realm of customization should you skip over it!

Possessing one of the most accurate chips on the market, the SBody Elfin DNA75 gives rock solid and reliable performance in power and TC mode, and 75W is more than enough power for most especially with a mod of this size. With the SBody Elfin DNA75 you'll be able to fire coils down to a resistance of 0.1ohm, however it is recommended to use a coil with a resistance of 0.25ohm and above due to the inbuilt 18650 battery. With a temperature control coil, you'll be able to fire down to 0.08ohm. The DNA75 chip present here has consistently impressed me with its reliability and performance, and it's one of the best chips out there for fans of vaping with temperature control coils, the preheat function which can be customized through Escribe is great for adjusting the power boost to your coil in TC. 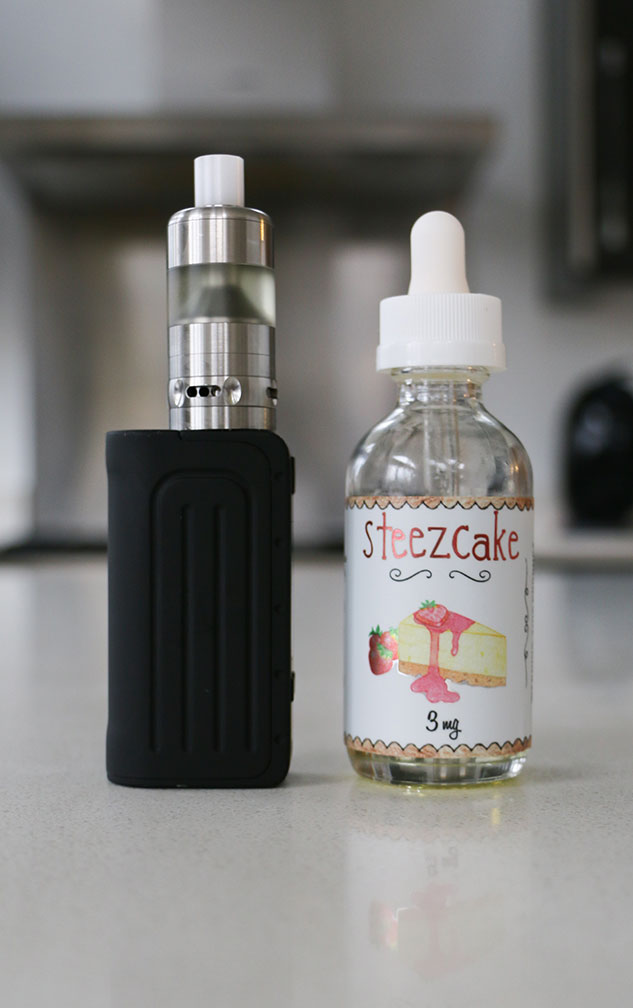 The DNA75 chip functions in much the same way as the DNA200 one does. When attaching a new atomizer to the SBody Elfin DNA75, the DNA75 chip will prompt you to confirm whether you are using a new or existing coil, you will need to press up if a new coil has been attached, and down if the coil is the same as the one you were using previously. The DNA75 chip uses the resistance of the atomiser to calculate the temperature of the coil, and continually looks to see if a new atomiser has been connected. When using a temperature control coil you want to ensure that you have waited until your atomiser has cooled to room temperature otherwise temperature may read and protect incorrectly until the atomiser has reached room temperature.

Holding down the plus and minus buttons will lock your power to prevent the power setting from being changed.

Holding down plus or minus with the power locked will allow you to change the temperature limit.

Holding fire and plus will allow you to lock in your resistance.

Holding down the fire and minus buttons will allow you to switch in and out of stealth mode.

If you want to make the most of the slightly limited battery life, then you'll really want to vape with a coil that has a resistance of 0.5ohm, and you'll want to keep the wattage under 35w. I've been getting a whole days use out of the device before recharging by vaping at moderate resistances and wattage, and when using temperature control as long as the wattage output is kept under 40w then you'll get most of the day out of it. Vaping at higher power will substantially decrease battery life, I managed to run the whole battery down vaping with a 0.3ohm coil at 75w in less than an hour. With a charging time of two and a half hours from empty to full, you won't have to wait around too long for the SBody Elfin DNA75 to charge up.

Since the SBody Elfin DNA75 arrived with me, it’s pretty much had my Rose3 permanently bolted to it, and it has become a device that gets carried around with me pretty much everywhere I go. The SBody Elfin DNA75 is just so easy to pick up and use, and with Escribe I can have a play around with more complex settings should I want to, and the form factor of this device is absolutely spot on.

I do feel that for a device of this quality sporting one of the highest quality chipsets around in the form of the Evolv DNA75, the price point is spot on. Some U.K. vendors are retailing the SBody Elfin DNA75 at £70 or less, and if you are prepared to wait for it you find it even cheaper still ordering from the Far East. I personally think it's a great pick up, ready to use straight out of the box, and I do feel the SBody Elfin DNA75 gives great value for money, it's my favourite compact mod that I have experienced yet! 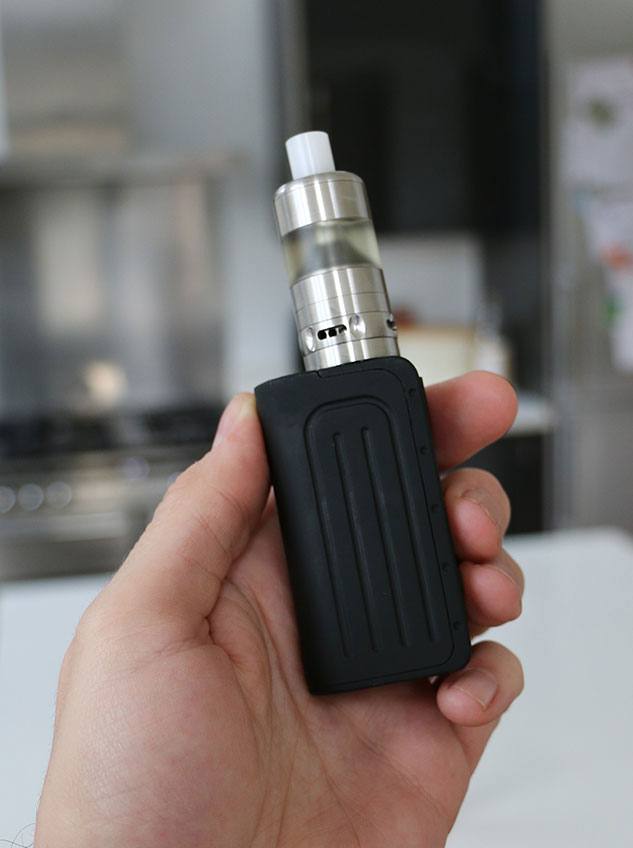