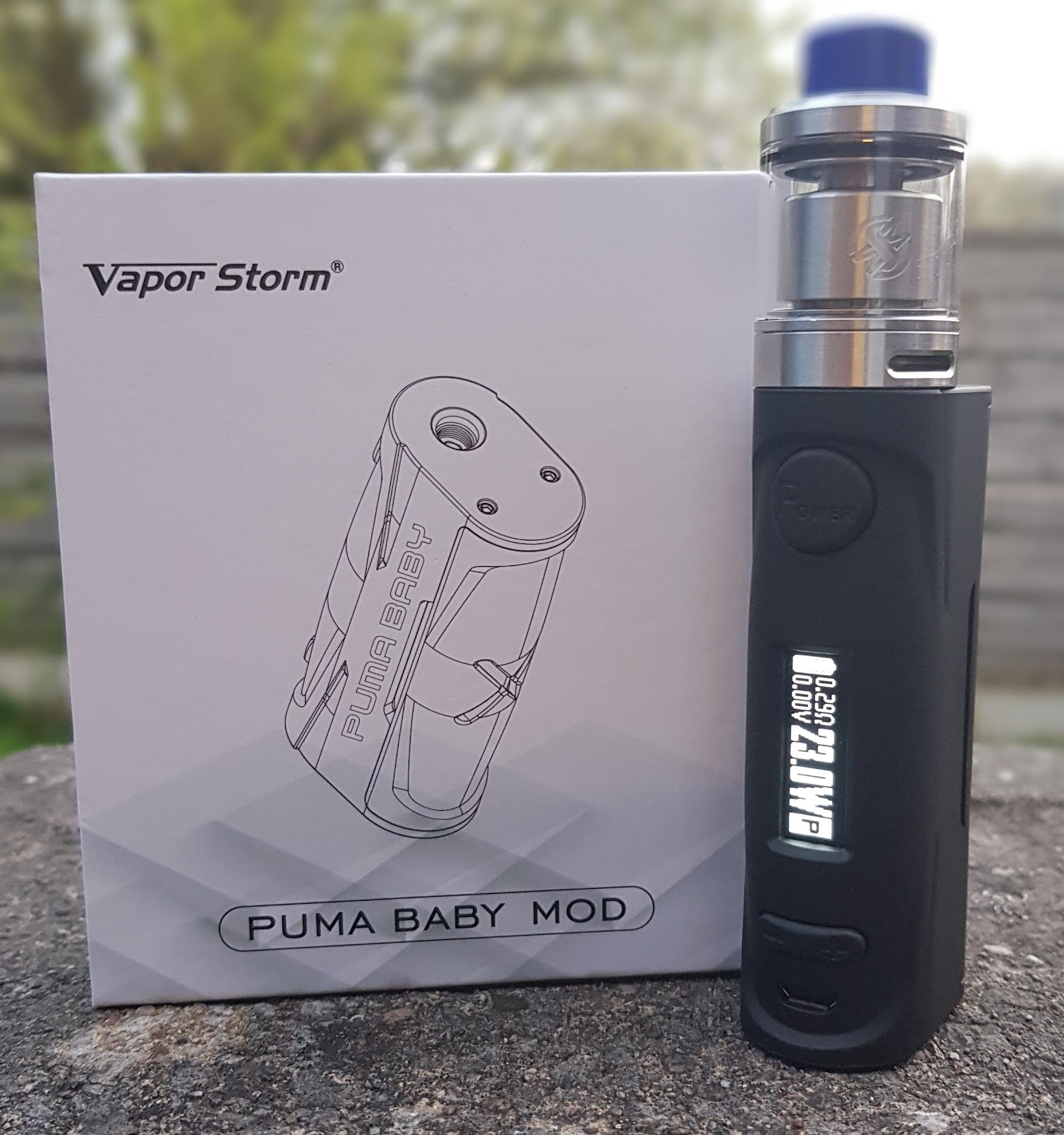 The mod comes in a white and grey cardboard box with a line drawing of the mod on the front and contents and performance stats clearly marked on the back along with the usual scratch ‘n’ sniff authenticity code. 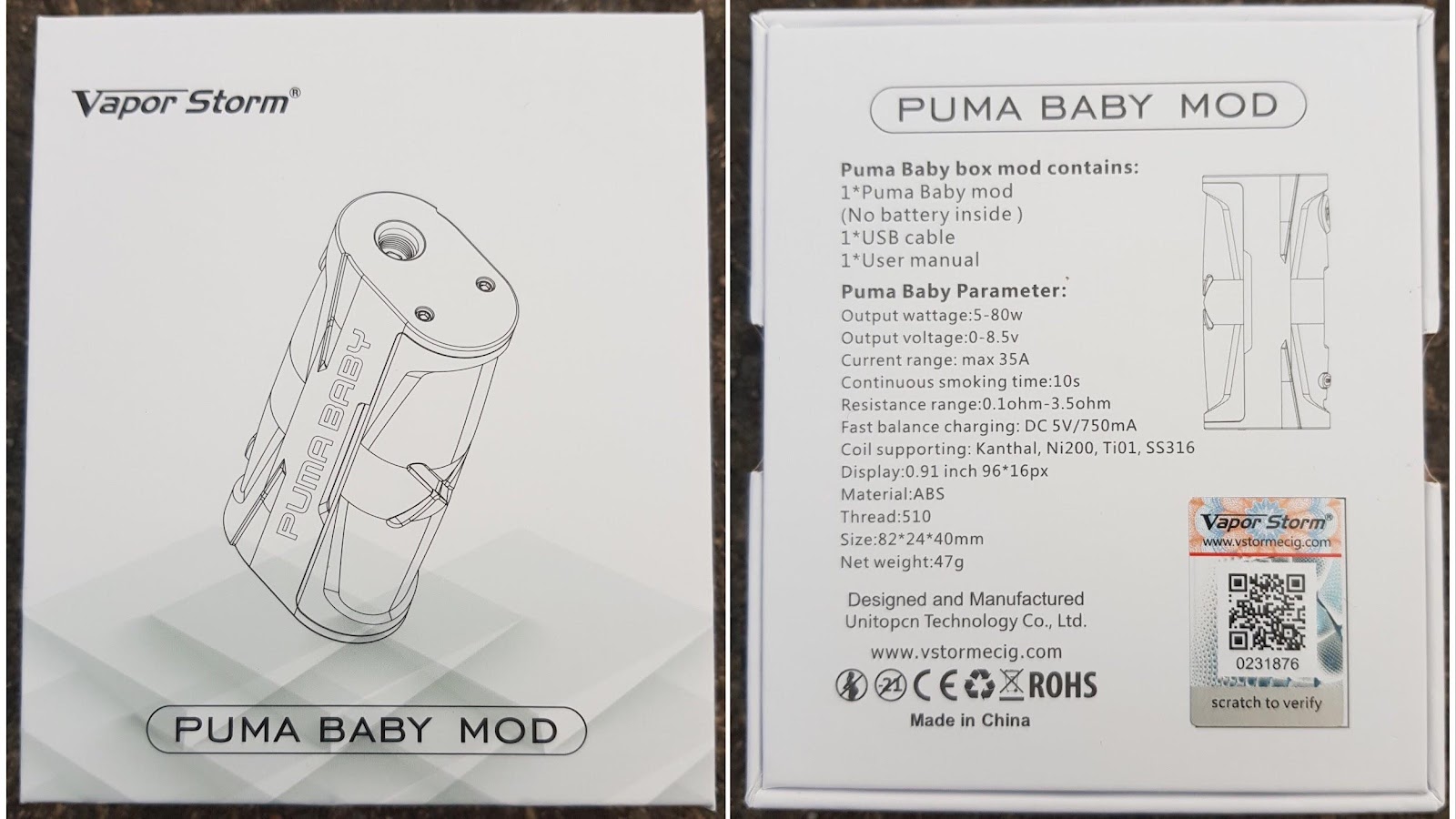 Inside is the mod itself protected in a plastic sleeve, a manual, battery warning card, qc card and the ubiquitous black USB cable. The manual is clearly written in fairly good English and is easy to understand should you need to refer to it. Bonus points for the well designed battery warning card as well. 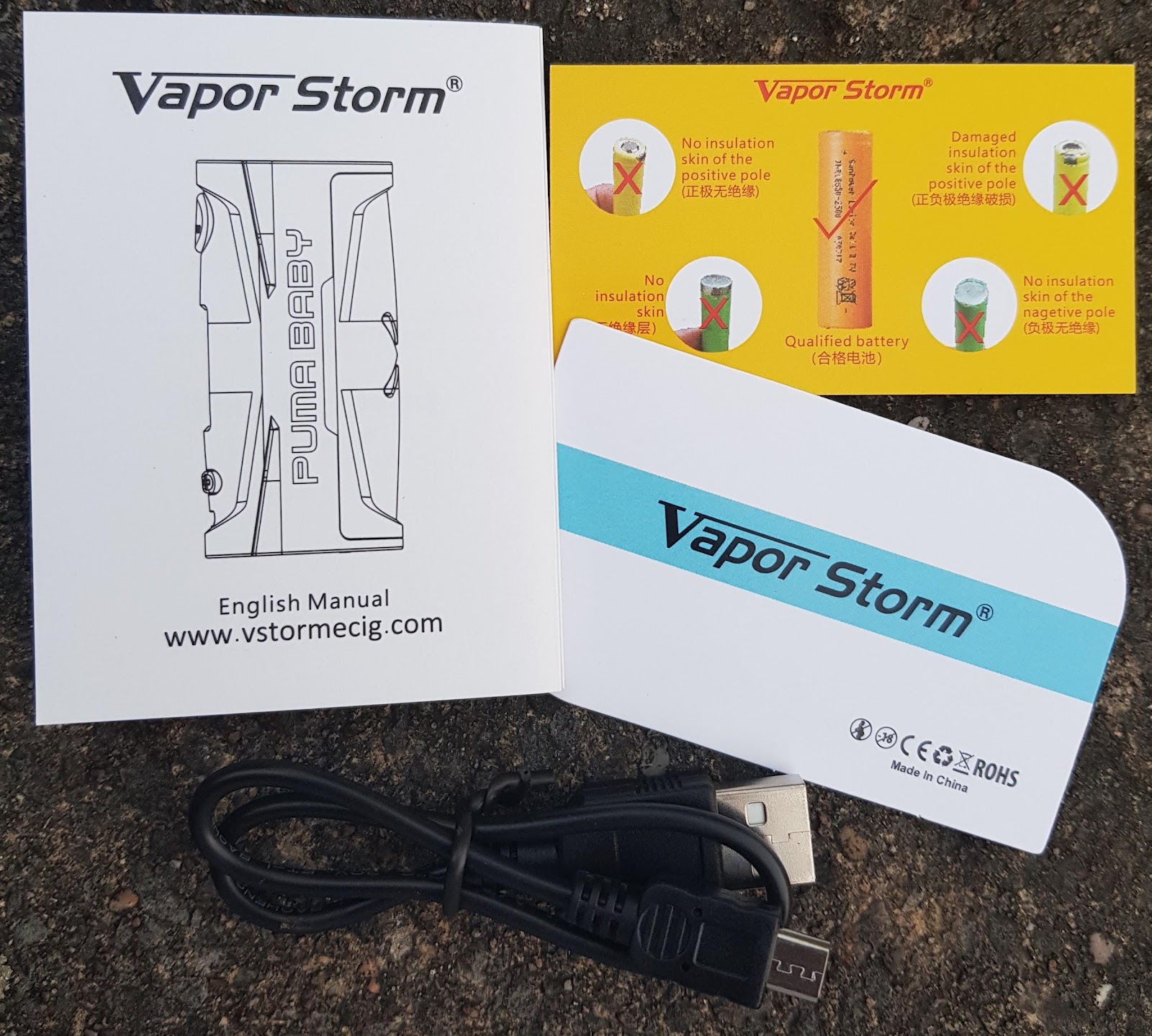 The puma baby mod is available in a range of colourful graffiti designs depending on your taste, mine came in the rather more sober black which I'm slightly grateful for. (Image courtesy of Vaporstorm) 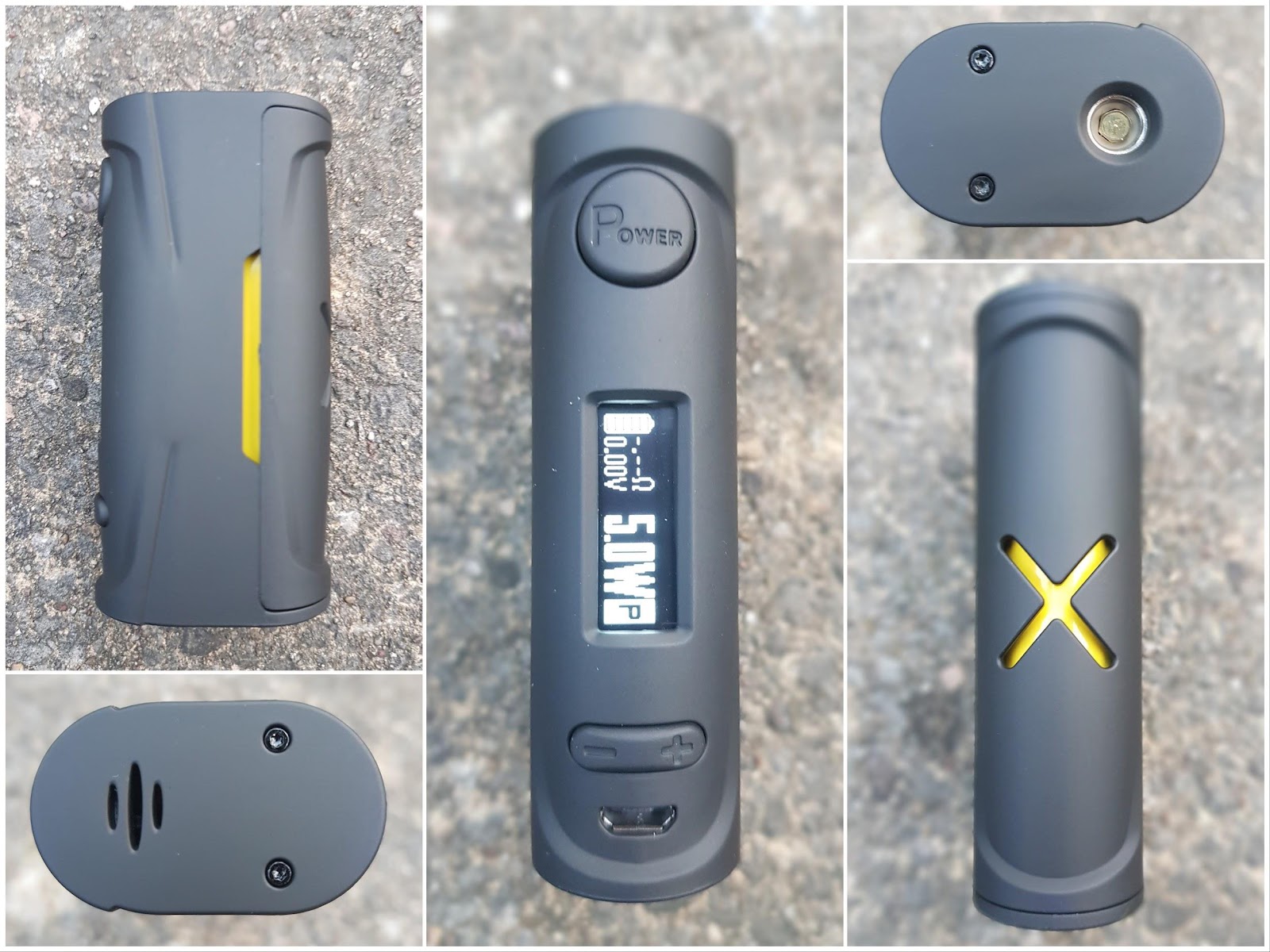 The first thing that strikes you when you remove the puma baby from the packaging is just how lightweight it is thanks to it’s ABS plastic construction weighing in at just 47 grams. It's compact as well at just 82mm high and 40mm by 24mm across, it’s pretty much identical in size to my ancient eVic VTC mini but with a much more rounded contemporary styling and a has a soft touch finish which gives it a surprisingly premium feel. Even with a battery installed and an atomizer attached it remains lightweight so it's super comfy to pop in even a shirt pocket without ever feeling bulky or uncomfortable.

Up front is the main fire button which has “Power” clearly marked on it just in case there was any doubt, a 0.96 inch LCD display, the “-/+” buttons and finally a micro USB port for charging (there’s no mention of firmware upgrades so I'm assuming there aren't any). All the buttons have a nice clicky response to them and the information on screen is clearly laid out and the screen is bright, I was even able to see it clearly outside in the unusually sunny weather we've had in the U.K. recently.

On the bottom are some ventilation slots for the board.

On top there’s the spring mounted 510 pin, this is set under the plastic housing so there should be no worries about the 510 coming out. One downside of this design is that the 510 threads are fairly well recessed into the top of the mod as you can see from the photo below and I've found that it sometimes feels like only a couple of threads are engaging with the 510’s on my atomizers especially when using an atty swirl gasket. Despite the mods diminutive size it can accommodate up to 24mm atomizers as well. I've teamed it up with an old wotofo serpent smm during testing but something more recent like the ofrf gear also sits perfectly on here as well. 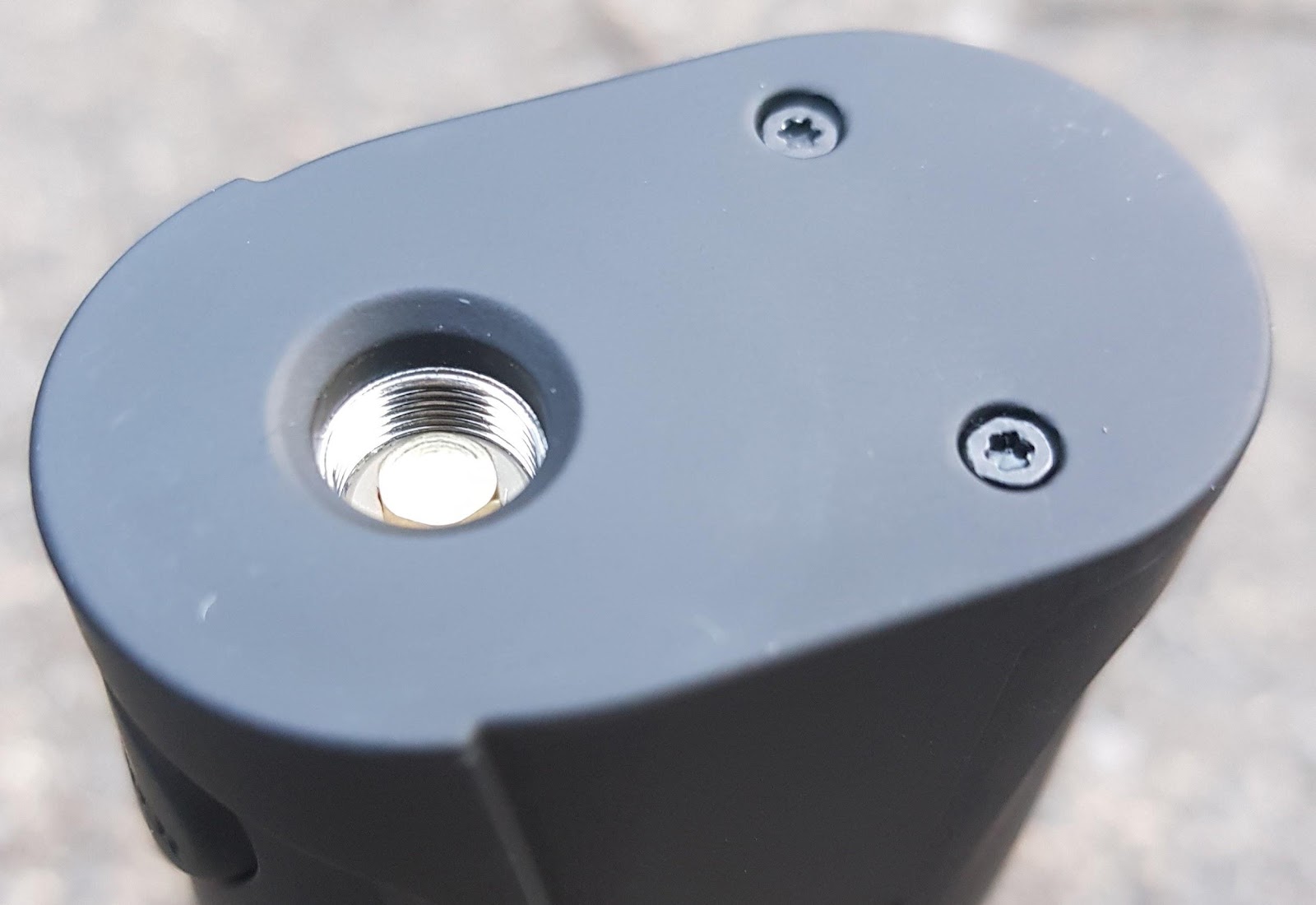 The battery compartment is clearly marked which is nice to see and has a spring loaded contact at the bottom. The battery door is held in place with two magnets, there is a little up/down play in the battery door and I feel the magnets could have done with being a little stronger as well. Neither of these are factors are deal breakers though. 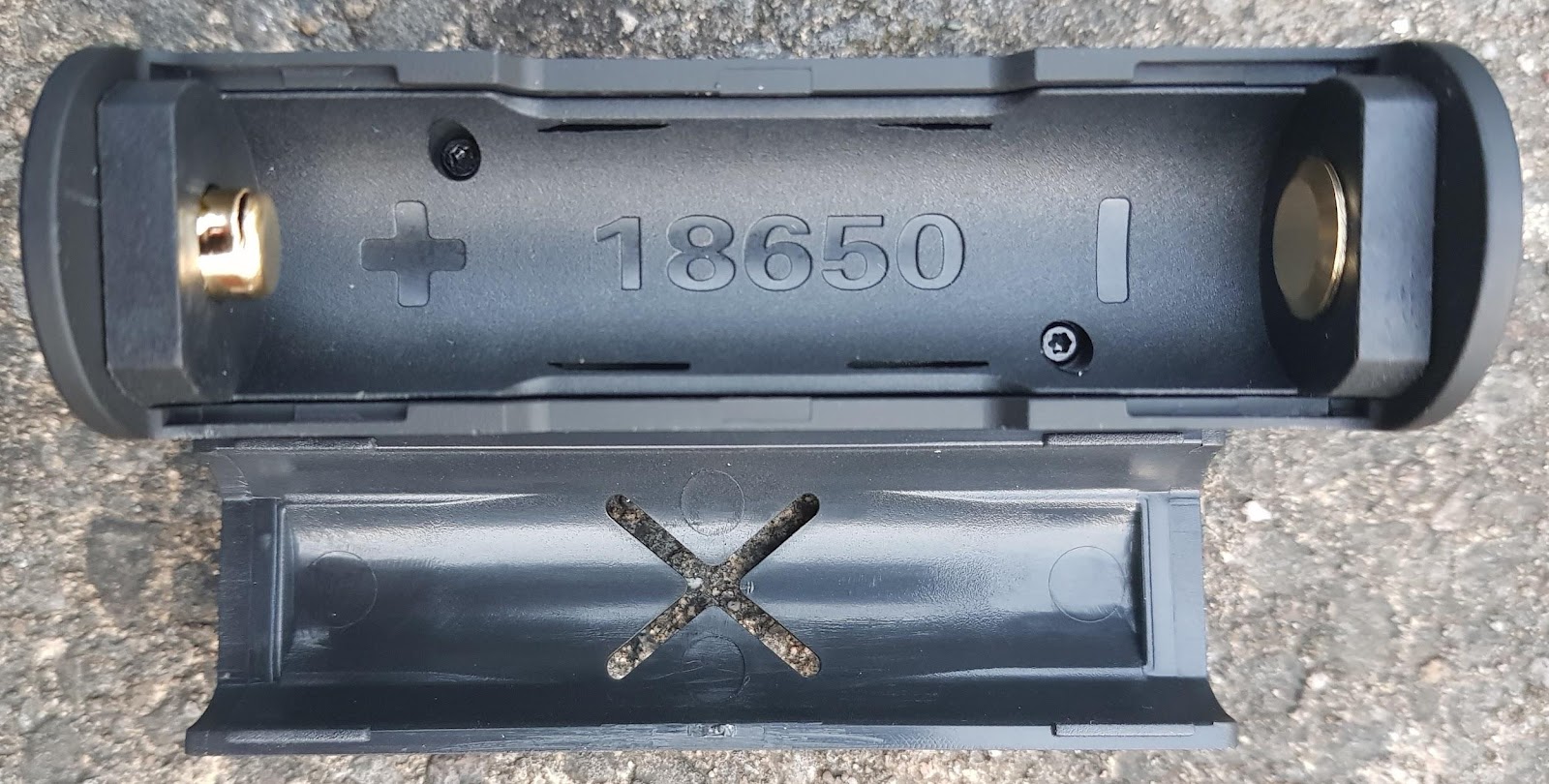 The menu system is super simplified.

I've had no issues with power/wattage mode with quick power delivery and decent battery life. Ohm readings also appear to be spot on so if you're a low to mid range wattage vaper then the puma baby delivers in spades.

Switch to TC (Ni, Ti and SS available) modes though and things start to get a little more squiffy. I would put the TC on a par with joyetech mods but, and there’s always a but, on the puma baby there's no way to adjust the wattage in TC. This means it works quite well whilst your wick is nice and saturated giving a smooth TC delivery which felt like what I expected but run your tank dry and things start to fall down. I absolutely wouldn't rely on this mod to give you dry hit protection, in fact I've had a couple of rather nasty ones when I've deliberately run things dry in testing.

If you're a wattage only vaper then there's a lot to like here, if you're exclusively a TC vaper then you might want to look elsewhere. For me it's a great daily driver and due to its lightweight construction I think it might be traveling with me on my next holiday.

The puma baby is available from healthcabin starting from a very reasonable $24.50 here and don't forget to use the planet of the vapes discount code POTV15 at checkout.