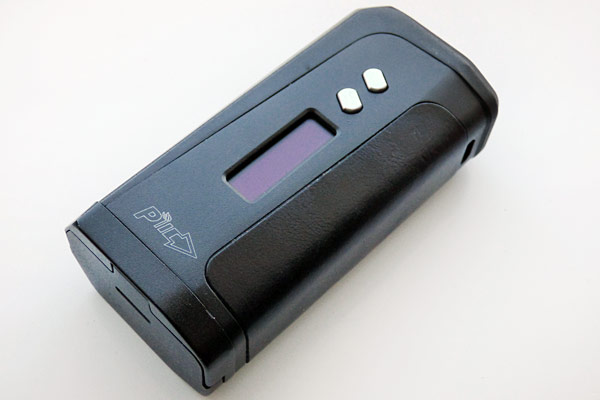 The IPV8 is the latest device from Pioneer4You. It features Zinc Alloy construction and can be used in either Variable Wattage or Temperature Control Mode. The device has support for all popular wire types including Nickel, Titanium and 316 Stainless Steel. Featuring a highly compact and streamlined design the IPV8 offer up to 230 Watts of power. So let’s have a good look at the newest IPV and see if what it has to offer you! 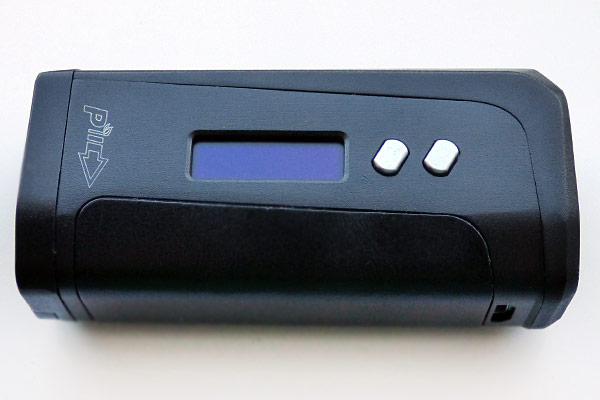 The IPV8 is highly compact for a dual 18650 device, especially when compared to other mods which I own such as the Lost Vape Therion 166 and the SX Mini Q Class. Constructed from Zinc Alloy the IPV8 has enough weight to make it feel durable enough, while still retaining a comfortable and balanced feel. The casing is covered with anodized black paint which has not shown any signs of wear in the short time I have spent using this device.

The grip section features a faux leather panel and this makes for a much better grip than the IPV6X which always felt very slippery to me. The 510 connector is also an improvement compared to the previous model, being well fitted with decent threading. Like most typical devices the 510 pin is spring-loaded and I had absolutely no problems getting any of my atomizers to sit flush. Unlike the IPV6X the top of the IPV8 has less surface area and features sloped sides so anything over 25mm diameter will overhang.

Directly beneath the top part of the device you will find the Micro USB port but since it is quite recessed it is unlikely that any juice from leaky atomizers will run into it. Keep in mind that this port is for charging only since the IPV8 does not support firmware updates. 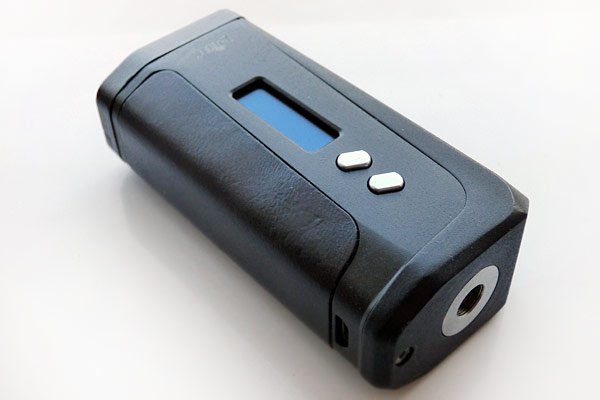 There are three buttons on the device, all of which are quite small but thankfully rattle free. The main fire button is highly responsive and has a good feel to it. The two adjustment buttons are located on one side of the device near the display but due to their position I did find myself accidentally knocking them on occasion and unknowingly adjusting the Wattage, but I did get used to them over time.

The main display is bright and clear, nicely set out and features all of the typical information you would expect such as Wattage, Voltage and Resistance. In addition the temperature is also shown (when in that mode), along with the current battery life.

This device offers a maximum of 230 Watts and features numerous safety features such as Temperature Overheat Protection, Low Voltage Protection and Output Short Circuit Protection. Pioneer4You have also addressed the Reverse Polarity Protection problem some of the IPV6X models suffered from. Basically what was happening is that if you fitted your batteries the wrong way around the IPV6X would fire at maximum Wattage but that problem is now rectified in the IPV8. The IPV8 uses the YIHI SX330- F8 chipset and has support for all popular wire types such as Ni200, Titanium and 316 Stainless Steel. In addition SX Pure is supported in Temperature Control Mode.

The battery door is a massive improvement on this device because the one on the IPV6X was simply awful, having a nasty habit of springing open and dropping your batteries on the floor. It could still be improved further in my opinion because it is possible to still open it by accident when setting the device down. The battery compartment clearly shows the correct battery orientation on the inside of the door. Venting is minimal but there is a single slot in the battery door. 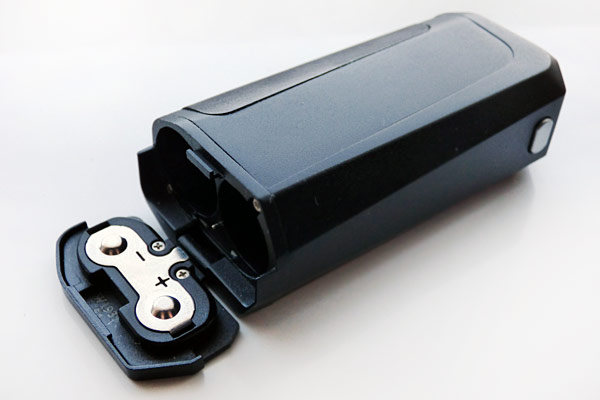 The IPV8 will feel very familiar to anyone who has a device with a YIHI chip. For beginners it is relatively straightforward and the manual is helpful.

In Wattage Mode the IPV8 works brilliantly and I had no problems at all when using my Kayfun 5. What’s more the battery life seems a little bit more efficient than some of the other dual 18650 mods which I own.

Temperature Control Mode worked flawlessly when using my Sense Herakles with a Ni200 coil and I got a very satisfying vape. Stainless Steel 316 seemed slightly off when using my Achilles II RDA but you can compensate by increasing the temperature or using the custom TCR setting.

On the whole considering the reasonable price of this device I was perfectly satisfied with the performance. For those of you who might want to charge the batteries via the Micro USB Cable the IPV8 apparently supports balance charging but since I charge all of my batteries externally I cannot tell you how well this works. 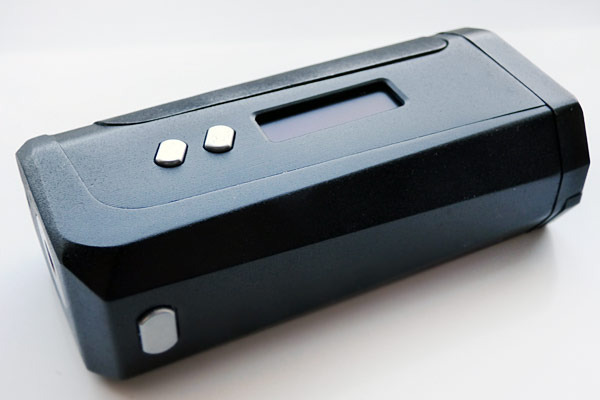 As someone who used to love IPV devices but was definitely not a huge fan of the IPV6X, the IPV8 feels like a major improvement. The IPV8 is very discrete for a dual 18650 device, comfortable to use and the YIHI software is straightforward to get to grips with (being very familiar to those of us who have owned the earlier devices).

While the battery door is still not as perfect as I would like, it is way better than the IPV6X which would regularly eject twin 18650’s in the blink of an eye! However the lack of firmware upgradeability might be a concern for you and in some respects perhaps Pioneer4You should start offering that feature rather than simply releasing newer versions of the same device with updated firmware. Another issue is that the adjustment buttons are a little on the small side and it’s easy to knock them accidentally.

On the plus side of things Temperature Control Mode on the IPV8 feels far more like a regular YIHI device and works well, but Stainless Steel 316 does require some manual adjustment. The 510 pin is another improvement, as is the fact that Pioneer4You fixed the Reverse Polarity issue the IPV6X suffered from.

In the short time I spent with it I really enjoyed using the IPV8 and in my opinion it is a solid and well performing device sold at a very reasonable price. Definitely do check it out! 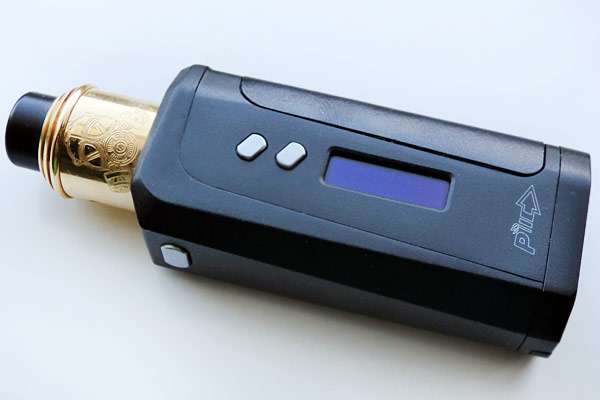