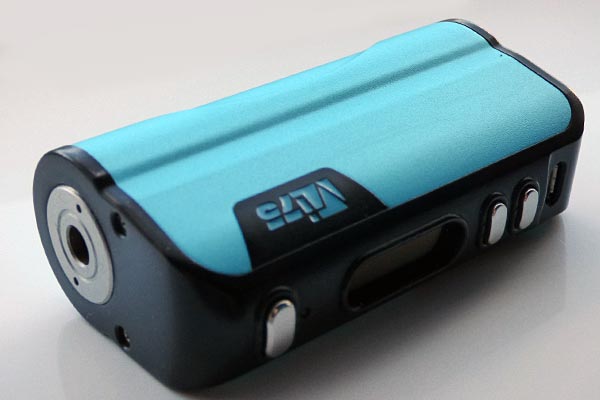 The VT75 is a new box mod from HCigar that utilizes a genuine Evolv DNA 75 chipset. The device offers a maximum of 75 Watts of power and has both Variable Wattage and Temperature Control functionality with support for all major wire types. In addition the devices functions can be heavily customized via the EScribe software. The VT75 can be fitted with either a 26650 or 18650 (through use of the included adapter) battery. 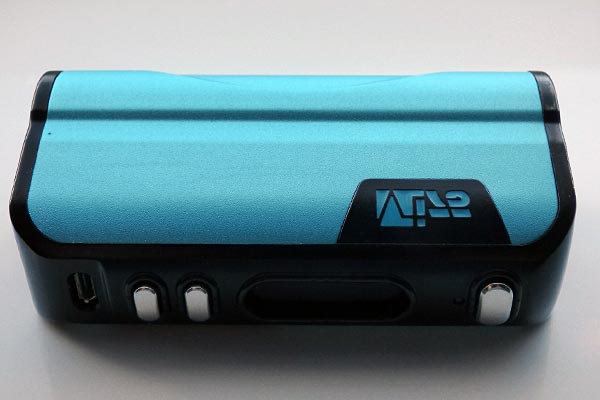 One thing that can certainly be said about the HCigar VT75 is that it feels solid, in fact even in 18650 mode it has some noticeable weight to it. Of course in many ways this is a good thing since it should hopefully last you some time and is durable enough to take a few knocks.

The VT75 despite being nicely curved and as form friendly as it can be is still something of a bulky device due to its ability to take 26650 batteries. The top of the device is so large in diameter that you could happily fit up to 30mm atomizers. Due to this 22mm diameter atomizers might not look as aesthetically pleasing when used on this device, personally this is not something that bothered me at all and if it really gets on your nerves there is an included beauty ring in the box which is designed for 22mm atomizers to make them look more stylish. It is simply a case of placing the ring over the connector and then screwing on your tank or dripper. Depending on the design of your atomizer it may block airflow somewhat.

In terms of the actual fit, all of my atomizers sat flush on this device and the pin itself is gold-plated and spring-loaded.  For some bizarre reason the 510 connector which is made from Stainless Steel can actually be unscrewed and I still have absolutely no idea why. In fact when I first received the device it actually needed tightening up since when unscrewing my Freemax Scylla the connector ended up coming away while still connected to my tank. As I said it is rather strange perhaps it is for cleaning purposes or possibly HCigar have some hybrid style atomizer in the works which screws directly onto the pin.

The main display is bright and clear and can be fully customized via EScribe to display whatever information you require. All of the typical information is shown by default, which includes Wattage, Resistance and Voltage. In addition remaining battery life, coil type and Temperature is shown (when using TC mode). The display also shows whether or not the Resistance Lock is enabled.

The device has three buttons all of which have a nice feel and are responsive, thankfully they do not rattle at all. Located at the bottom front of the device is the Micro USB Port which allows you to either charge your battery via the included cable or simply connect it to your PC in order to tweak settings through the use of EScribe (Must first be downloaded from Evolv’s website). 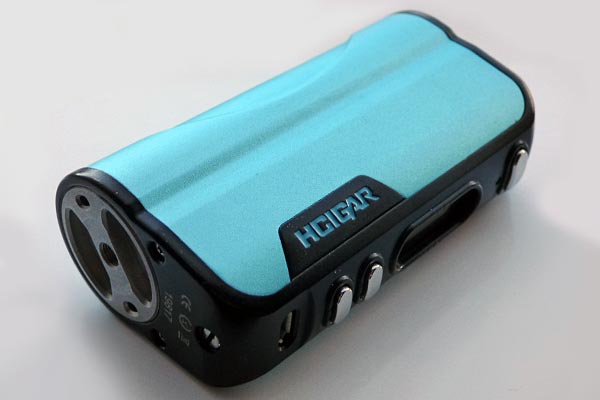 The HCigar VT75 works just like any other DNA 75 device and is surprisingly straightforward to use. While it is necessary to download and use EScribe on your PC to fully tweak the VT75 the device does come with several presets for the most common wire types so you will be able to use the device straight out of the box.

The HCigar VT75 works just as well as the VT75 Nano that I reviewed recently. Whether you want to use it in Variable Wattage or Temperature Control it is unlikely you will be running into any issues due to the excellent Evolv chip. Resistance readings are very accurate and the device performs consistently well!

The Resistance can be locked which means you won’t have any noticeable heat spiking or fluctuation when using Temperature Control. My Freemax Scylla fitted with a Ni200 coil worked flawlessly and made for a cracking vape at my preferred setting of 240°C at 40-45W.

Battery Life will of course depend entirely on which battery type you choose to fit and what Wattage you vape at and how often. I got a good five to six hours of modest use out of it with my Freemax Scylla at the settings I mentioned above and close to a day when using my Rose3 fitted with 1.2ohm coil. 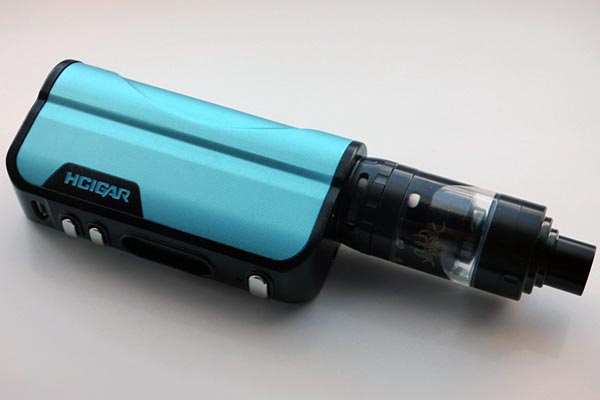 The VT75 is a solidly built and durable device with a nice form factor that thanks to Evolv’s superb chip offers an excellent vape experience. It does have one major oddity, namely a removable 510 connector that seems to serve no purpose and can actually come loose if you haven’t tightened it down sufficiently. Also having to adjust 18650 battery rattle via a screw seems a little odd and reminds me of early mechanical mods, one would hope that HCigar could have found a more elegant solution. Nevertheless having the flexibility to use either a 26650 or 18650 battery might be an appealing feature to some users.

Technically there is absolutely nothing wrong with the VT75, it performs just like any other DNA 75 device and should serve you well. Personally I think that if I had received it before the VT75 Nano I might have appreciated it a little more than I did but I still can’t shake that feeling that I really do prefer the Nano due to its smaller design. Even so the VT75 is still a very nice product and I think if you purchased one you won’t be disappointed!