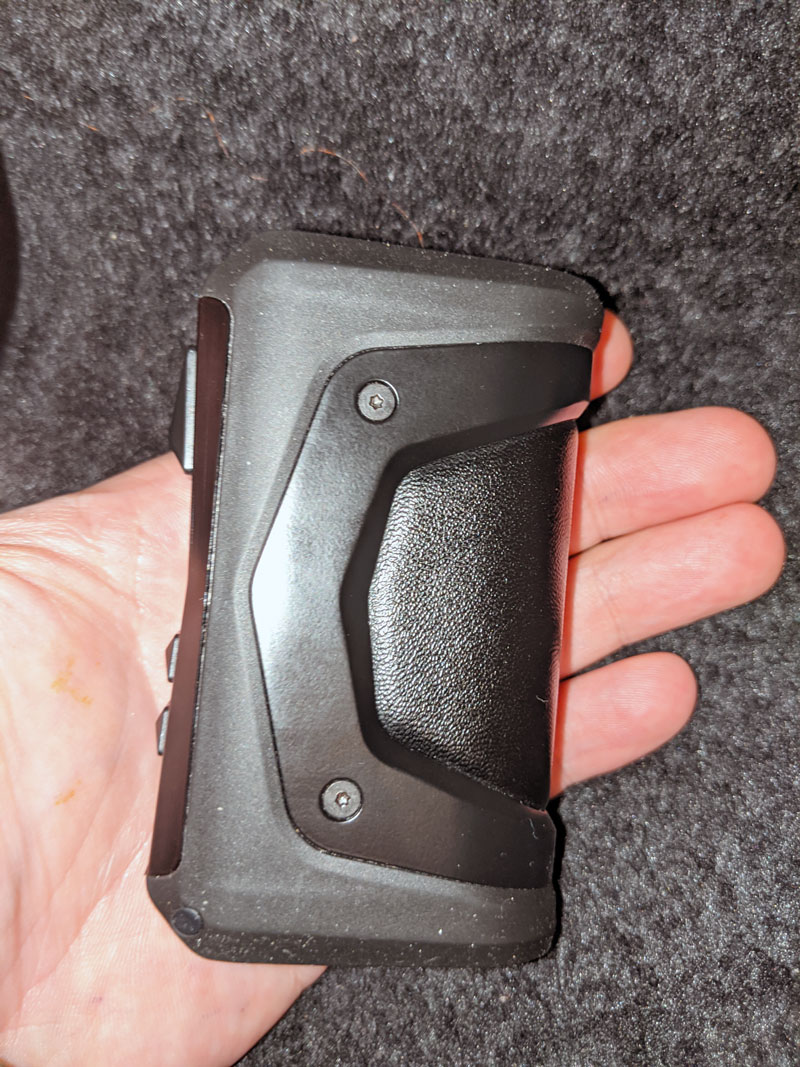 Geekvape are finally back with the Aegis X, but can it live up to the Legend?

So the Aegis Legend in its own right was a fantastic device. By taking a single battery and sticking a second one in there, it provided a much better experience, so much so that Geekvape repackaged the device many times in its eighteen month lifespan, with countless limited edition versions also released. So we are now in the end game with the Aegis, where could they go from there? Release its successor, the Aegis X, of course! The Aegis X takes everything that makes the Legend great, and adds an improved chip set and a big screen and calls it quits, as simple as that. But how does it perform and is it worth upgrading to? For the purpose of this review I have chosen to focus on the mod rather than the tank packaged with it.

This Review was provided by Heaven Gifts for review (link for the product will be at the bottom as always). 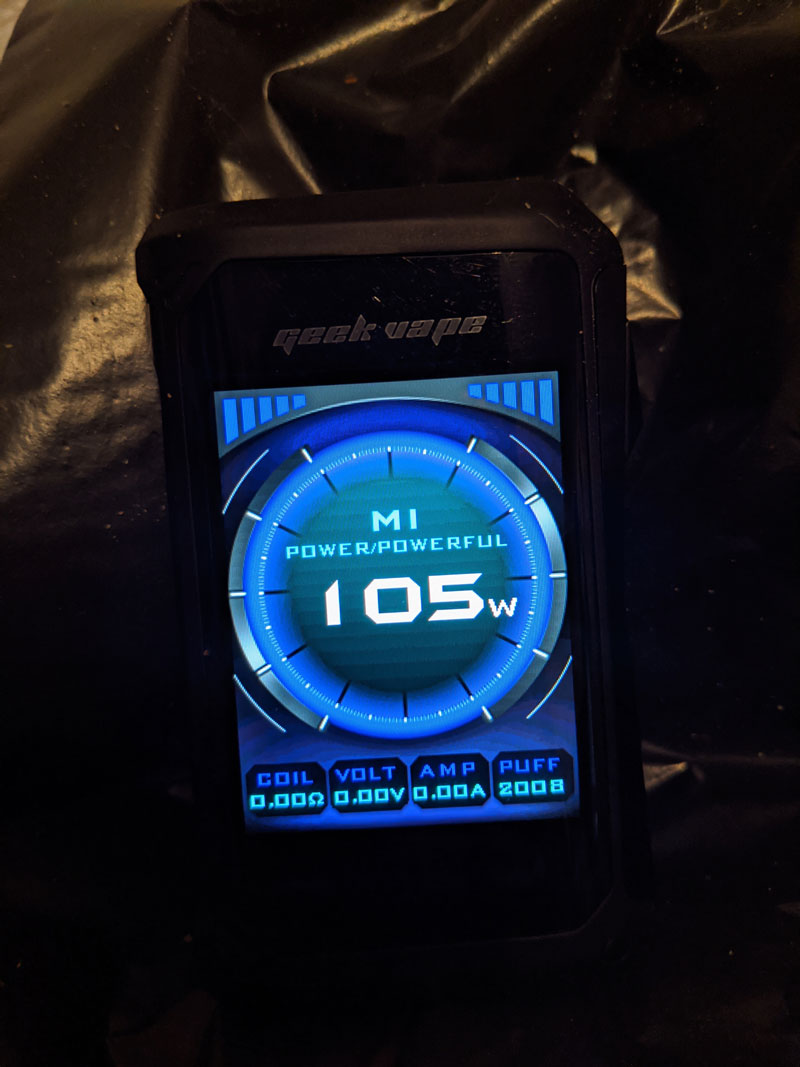 About The Aegis X

The Aegis X (or "ultimate beast" as Geekvape have tagged it) is a dual 18650 device capable of firing up to 200W as standard. It is a box mod style design with a huge 2.4 inch colour screen and comes with side fire button, two navigation buttons and USB port. The device has a bottom clasp battery door with polarity indicators inside. It can comfortably take atomisers up to 25mm. The device is IPV 67 protected with a dust/water/shockproof design and is powered by the AS chip 2.0.

The screen itself shows wattage, mode, coil, volt, AMP and puff counter with several different screen designs as standard, as well as dual battery indicators. It comes with power/VFC/Bypass/Temp control options which are changed with three clicks of the fire button allowing you to switch between them on screen and also has three pre heat options: soft, powerful and standard, again changeable via the front menu. Three clicks when in the front menu followed by holding the navigation button takes you to a sub menu where you can change the screen appearance and colour, and gives you a few other minor options. Holding the fire and navigation button allows you to adjust the brightness of the screen and finally holding the two navigation buttons locks the device.

Before I received the Aegis X, I decided to go back to the Legend so I could make a real comparison between the two devices. My pros and cons therefore are based on how much of an upgrade it is over the previous version. The first pro for me, where else to start, is the build quality of the X and it is as high quality as you would expect. The device has a weight to it and the whole mod feels fantastically constructed, solid and makes you believe it really could survive a drop unscathed. The rubberised sides mean that there wont be any hard chips if dropped and these provide that little extra protection, a massive step up from the legend. The device responds really well with fast firing and accurate power, and the additional modes are a big step up from the previous chipset so that is another thing to praise about it. The AS chip 2.0 is a notable improvement with better battery life, more customisation and even housing the colour screen options so you can see Geekvape have focused on trying to better its already great chip.The device is comfortable to hold with the fire button perfectly placed and the rounded back design fits nicely into your palm.

The screen is lovely and clear with the important information separated from the less relevent stuff. Using the menu system is fairly straight forward with the short cuts well placed, similar to other devices. The screen is striking and the different themes are a lovely feature as well. The fire button is nice and clicky and the bigger navigation buttons make them easier to press. Having the screen over a side rather than on the edge of the device makes it much easier to control in your hand.

The first thing that comes to mind is that the design makes the device feel like a heavy box rather than a mod which may put a few people off. The legend had the better design overall for comfort and this does feel like a box style design housing a TV in a way rather than just a mod to fire your tank. Put a big tank on top of this and the whole thing will feel like a brick in your pocket which doesn't make it the most comfortable to take out with you. The battery life is, again, a little lacking from the AS chip even when using at around 70W. I never understood why the legend came up short with this, especially when the Nova outperformed it and the Aegis X, although better, is still not as long as other box mods on the market. That being said, I could get a days usage out of it but not much more.

I am not personally a fan of the menu system. I think it is a little awkward to use and often I find myself changing something before I do what I am trying to do. So when you want to change one thing, chances are you have to go in a second time and change something else back, such as the wattage or mode.  I would have preferred an in-house menu system instead rather than two different types that the Aegis X provides. The fact that, despite the weight and size, it doesn't work with bigger tanks on top is another con, there have been similar sized devices that have given that extra give space without overhang so that will limit this somewhat as well.

The biggest question I had going into using this was is it a big improvement over the Legend? The Legend was the pinnacle of the Aegis, so a new improved version has to exceed that to be a real success. Honestly it may have been better marketed under a different name as the improvements the Aegis X bring are counter balanced by its own short comings. The slightly better battery life, more options/modes and good design are countered by the weight, awkward menu and the fact it is a left handed device only (not a con for me being left handed!).  It is better than the Legend, but not by as much as it should have been, only the AS chip 2.0 really brings a big upgrade in performance making it stand out. Would I recommend this device? Yes I would, however it is nothing like the Aegis Legend in design and the X feels more like a box of power rather than a mod to use. Perhaps the next evolution of this design will be the touch screen version?

If you want to pick this up, you can do so on the link below. 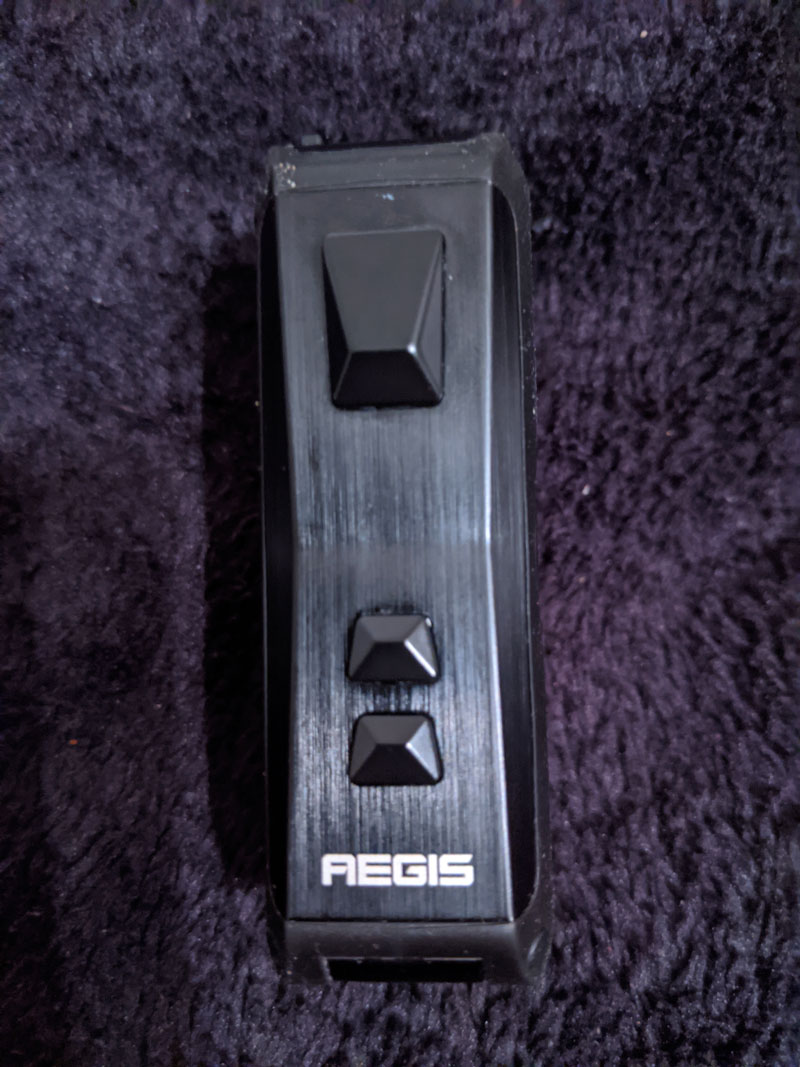