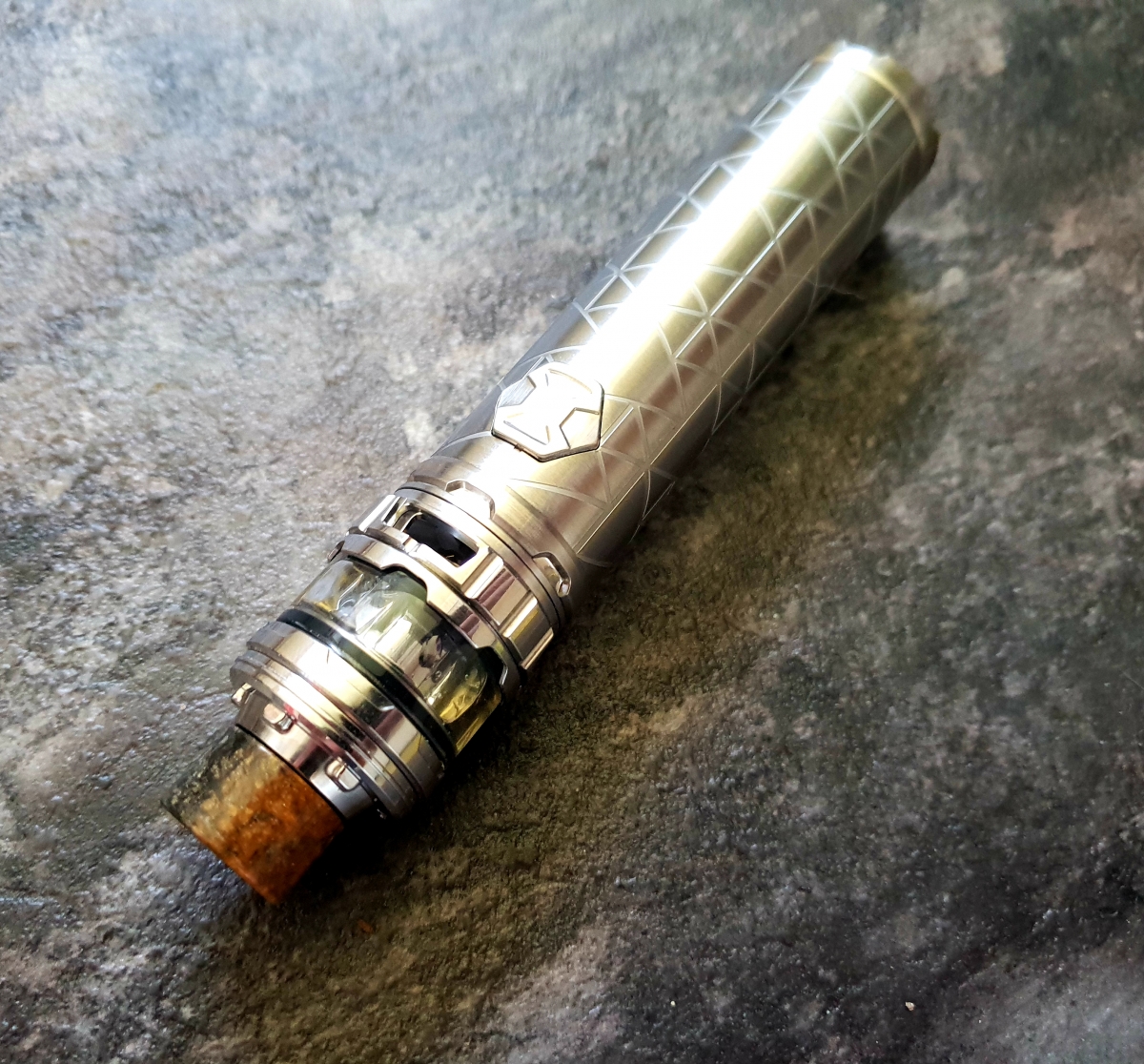 Eleaf's iJust and iJust 2 have proven to be firm favourites with vapers looking for a plug and play sub ohm kit, thanks to their ease of use and impressive performance.

The iJust 3 is the latest addition to the iJust range, packing a 3000mAh inbuilt battery and the ELLO Duro tank which features new mesh atomiser head technology, designed for great flavour and big clouds! 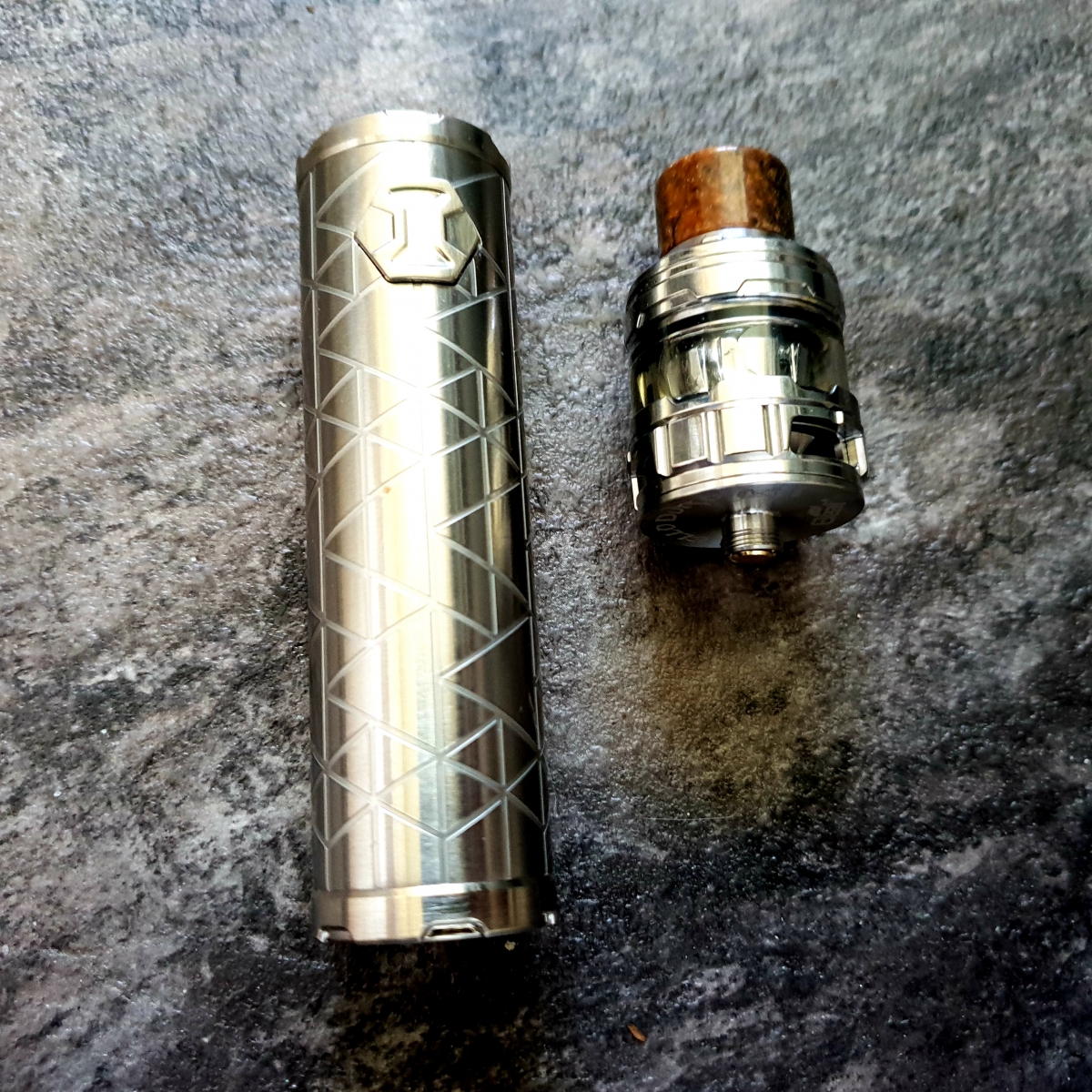 The Eleaf iJust 3 features a tube mod styled design, and appareance wise it resembles a mechanical mod set up! It's quite thick and chunky, with some heft to it in hand. Personally I think it looks absolutely great, the metallic silver finish on the one I received for review absolutely dazzles, especially in direct sunlight, and it stands up to knocks too!

You do have a choice of different colour finishes to choose from, with black, blue, dazzling, purple, red and silver all presently available. Different patterns are engraved onto each one, with a cross design found at the base of the iJust 3 battery alongside a centrally placed vent hole. 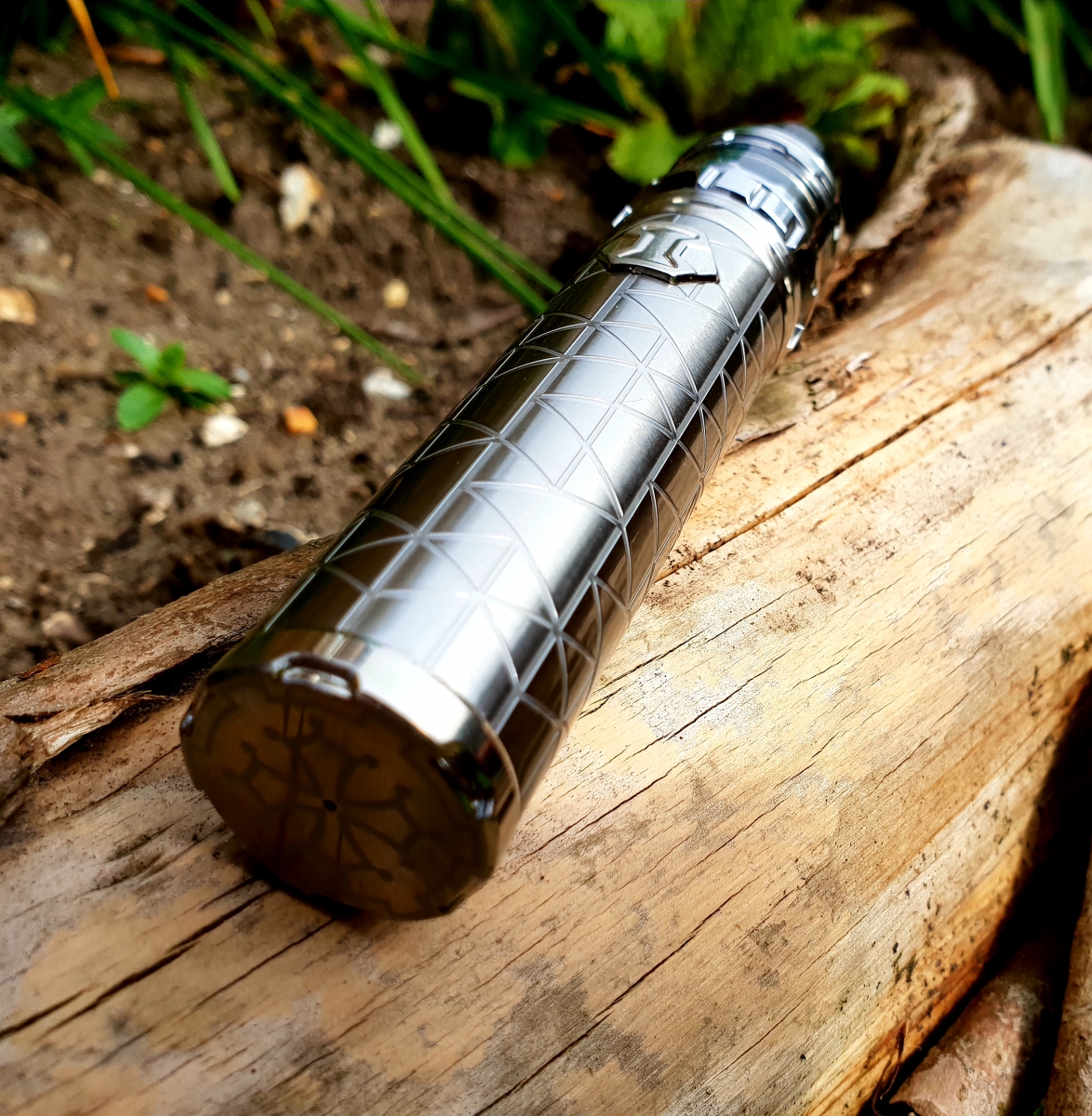 A hexagonal shaped firing button is perfectly placed on the body of the iJust 3 battery, with a large 'I' raised logo. On the other side is the USB port for recharging the iJust 3 battery, and a self adjusting 510 connector is found at the top for the ELLO Duro Atomiser, you can also use other atomisers if you so wish. 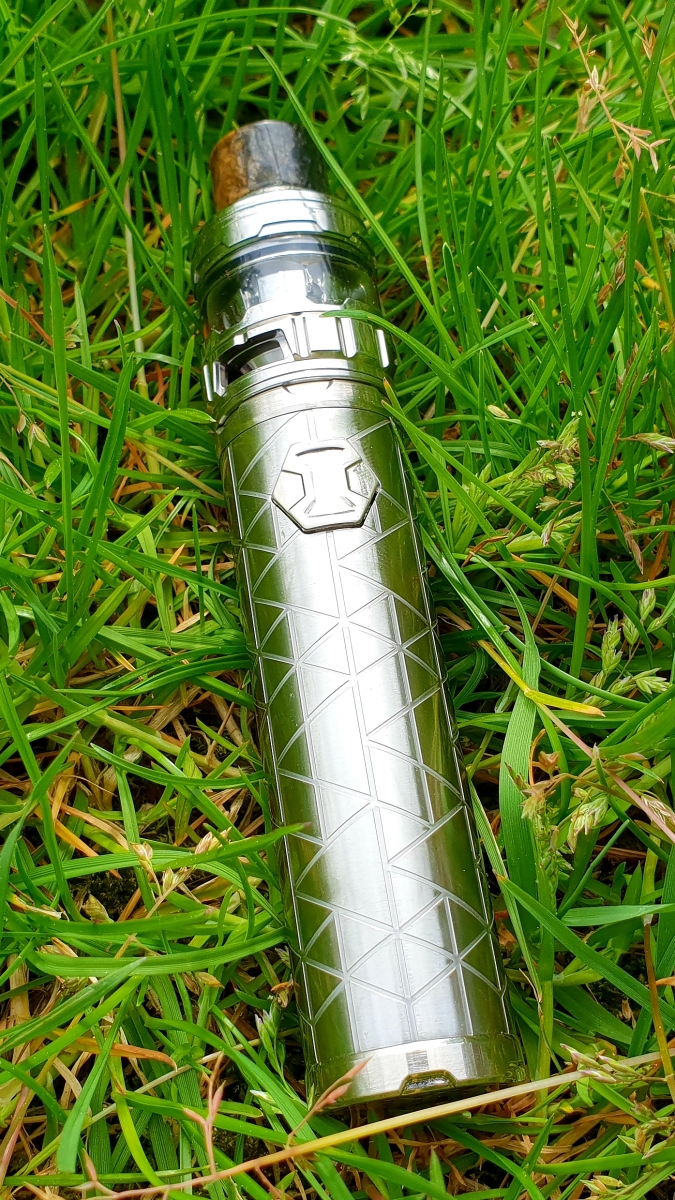 The Eleaf ELLO Duro also makes up the iJust 3 kit, this is a sub ohm capable atomiser with a top filled 2ml capacity, and it takes the HW series of coil heads. Three large adjustable airflow slots are found at the base of the tank, along with a striking removable resin styled wide bore drip tip at the top!

Using the Eleaf iJust 3 and Performance

Firstly, you need to install either the HW-N 0.2ohm coil head or the HW-M 0.15ohm coil head, then prime the coil head with a few drops of e-liquid. Fill the tank, and allow it to sit for ten minutes to allow the cotton to absorb e-liquid.

Filling the tank is simple, as the top cap simply slides open to reveal the filling port. Locate the symbol which looks like an upside down 'T', and push that to make the top cap open up.

Five clicks of the fire button will turn the iJust 3 battery on, and simply push this button to fire. An LED light around the fire button illuminates as the button is pushed, and displays how much life is left in the battery. 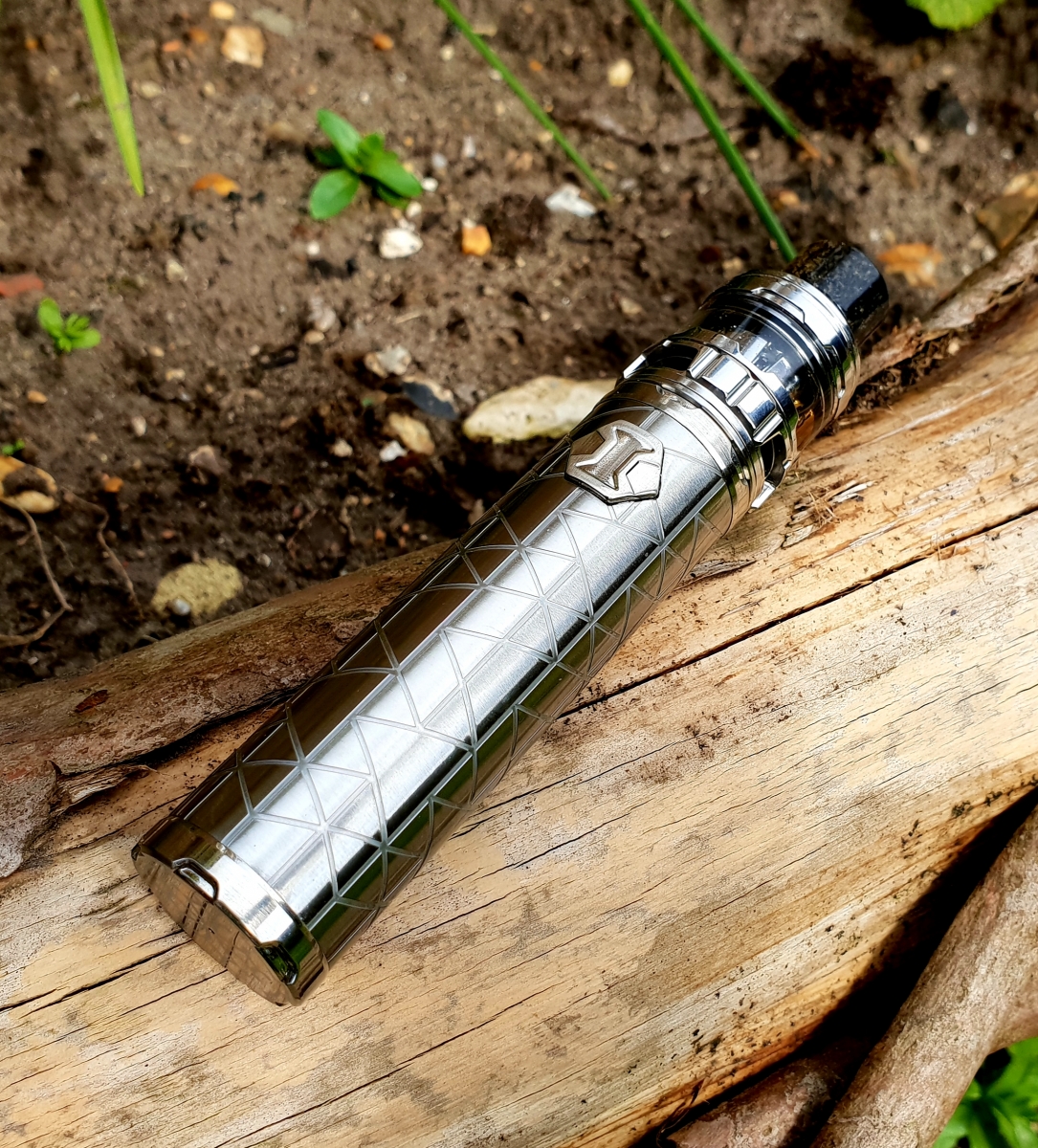 New atomiser head technology is used with the HW coil heads included with the ELLO Duro tank, these feature a vertical coil set up, with an organic cotton wick wrapped around them, and a mesh surround.

I first used the HW-M 0.15ohm coil head, which provided me with a very warm vape and huge amounts of vapour! Flavour was very good too, and it wicked any e-liquid I used with ease.

The HW-N 0.2ohm coil head was my favourite out of the two however, as I thought the flavour was absolutely excellent with this coil head. It really excels with high VG E-Liquids, providing a very flavourful vape, and kicks out clouds pretty much on par with the HW-M 0.15ohm coil head!

An inbuilt 3000 mAh battery is found with the iJust 3 battery, and it seems a lot on paper however I only seem to get a couple of hours battery life before it needs charging. A USB charging port is located on the side, and it takes around two hours to fully charge the battery.

I've been left feeling really impressed with the iJust 3 kit, in fact I would go as far as saying that it is my favourite plug and play sub ohm kit that I have used yet. It looks absolutely fantastic, like a real premium set up, and the flavour and cloud performance can't be faulted at all. It's dead easy to use, requiring no faff at all!

If you are looking for a fuss free starter kit, that provides excellent performance at the touch of a button, then I would highly recommend picking up the iJust 3 kit as it does the job perfectly!

Many thanks to UK Vapour Brands for sending the iJust 3 in for review! 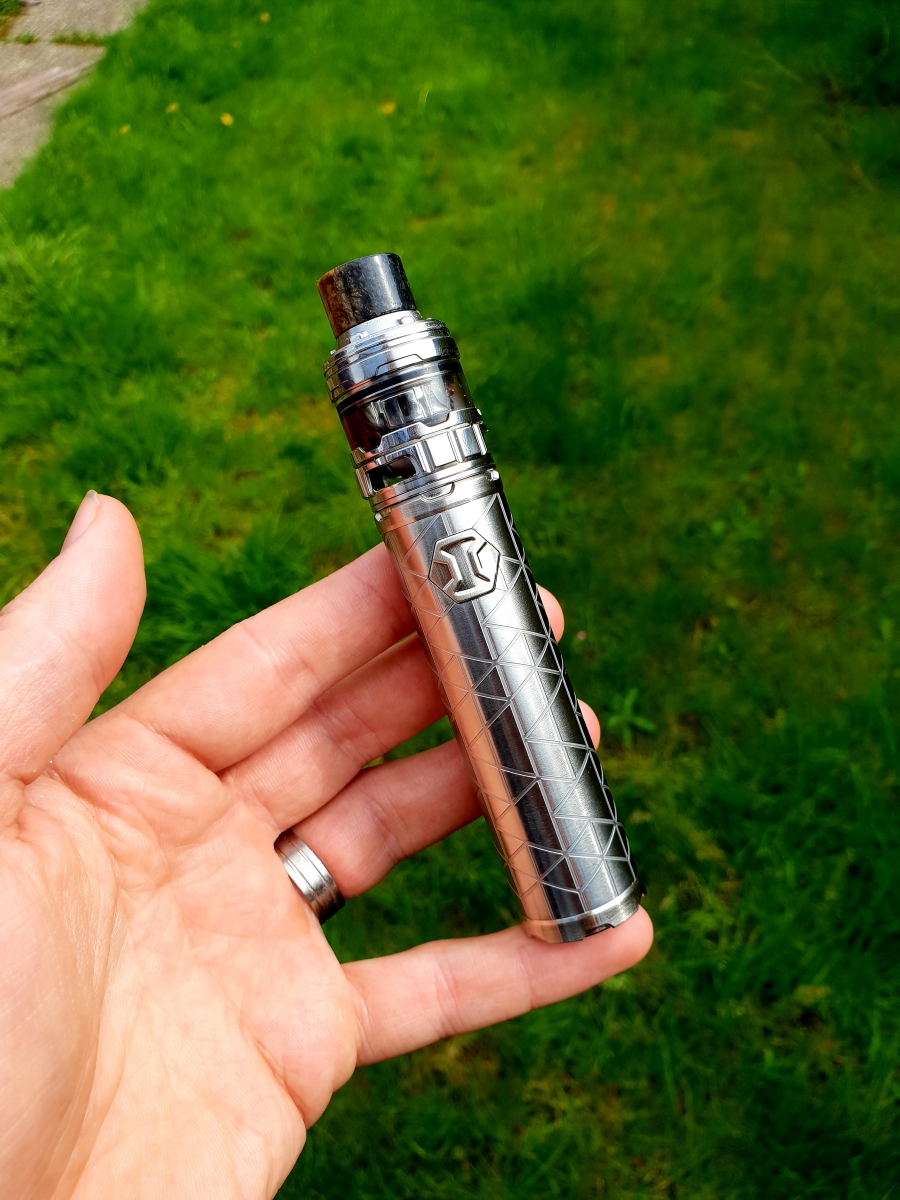