Supplied by Sourcemore for review
https://www.sourcemore.com/digiflavor-s-g-mtl-tube-kit.html 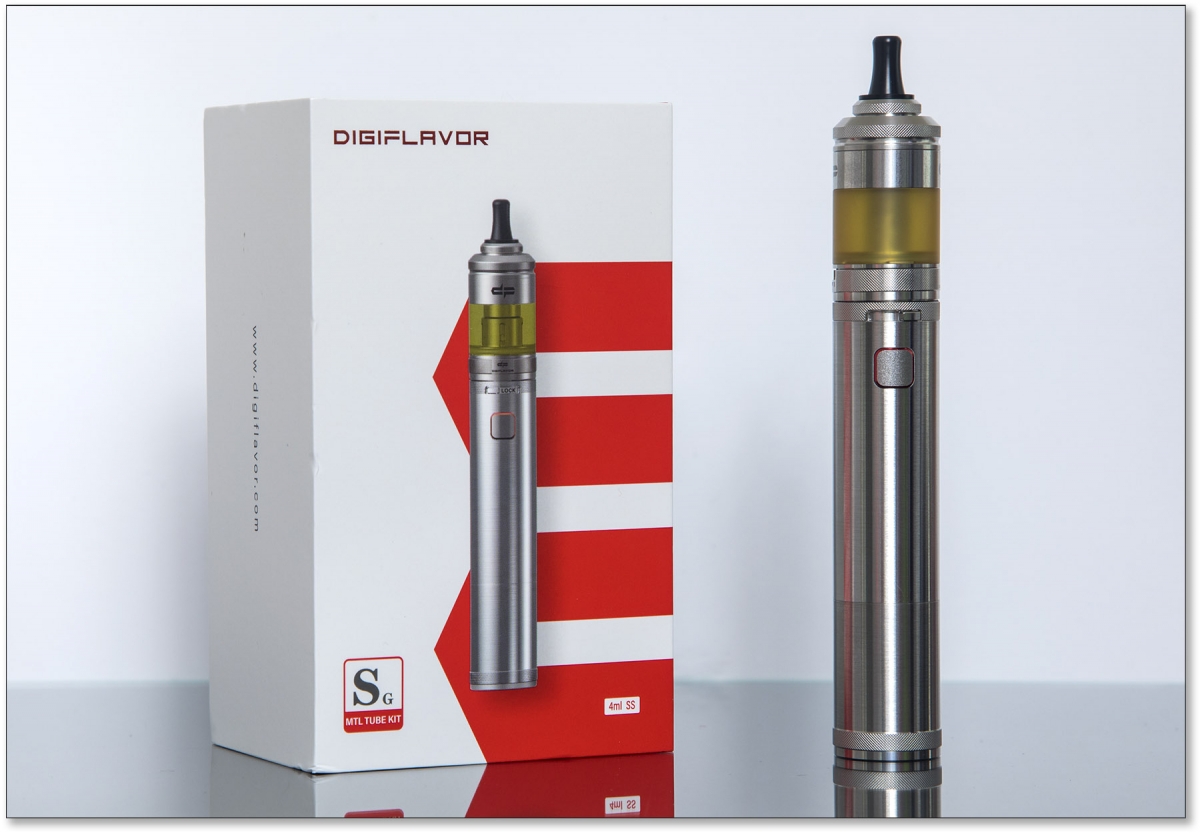 As always, Digiflavor’s packaging is great quality and is well presented, there’s a sturdy two-piece red box and a red and white outer sleeve. 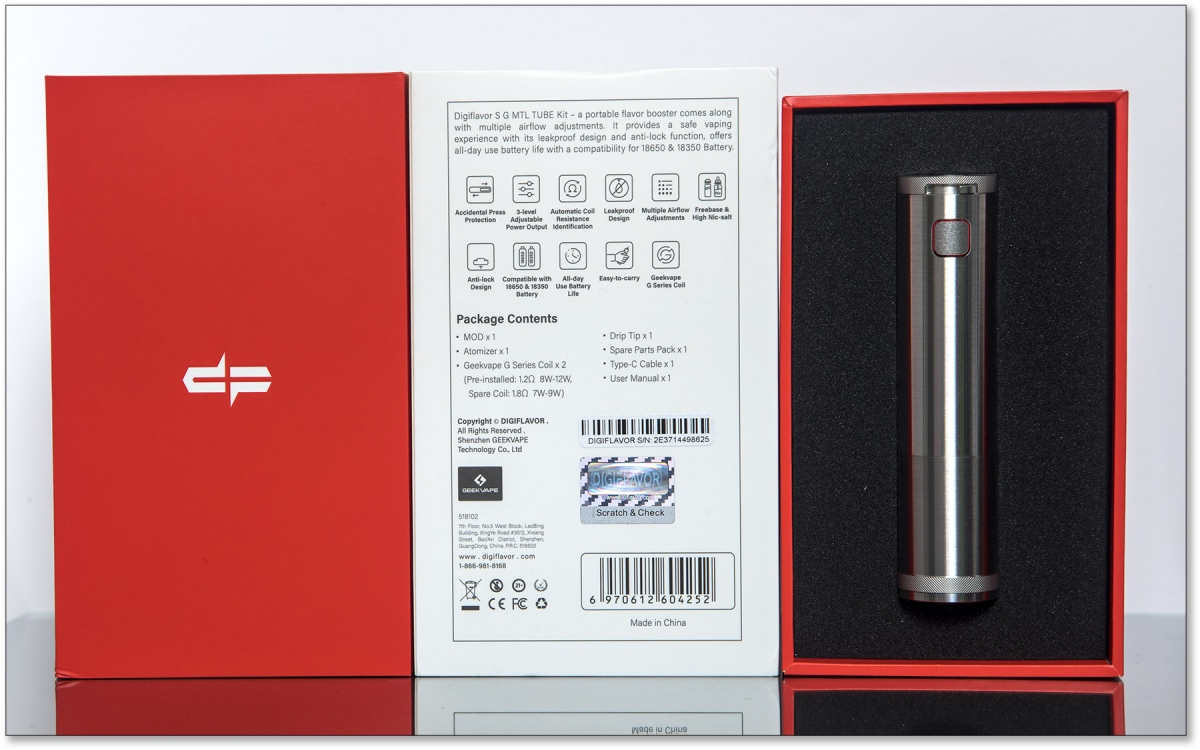 The contents and specs are listed on the back along with an authenticity scratch doofa, the mod is on the top layer and underneath that is the tank and the box of extras. 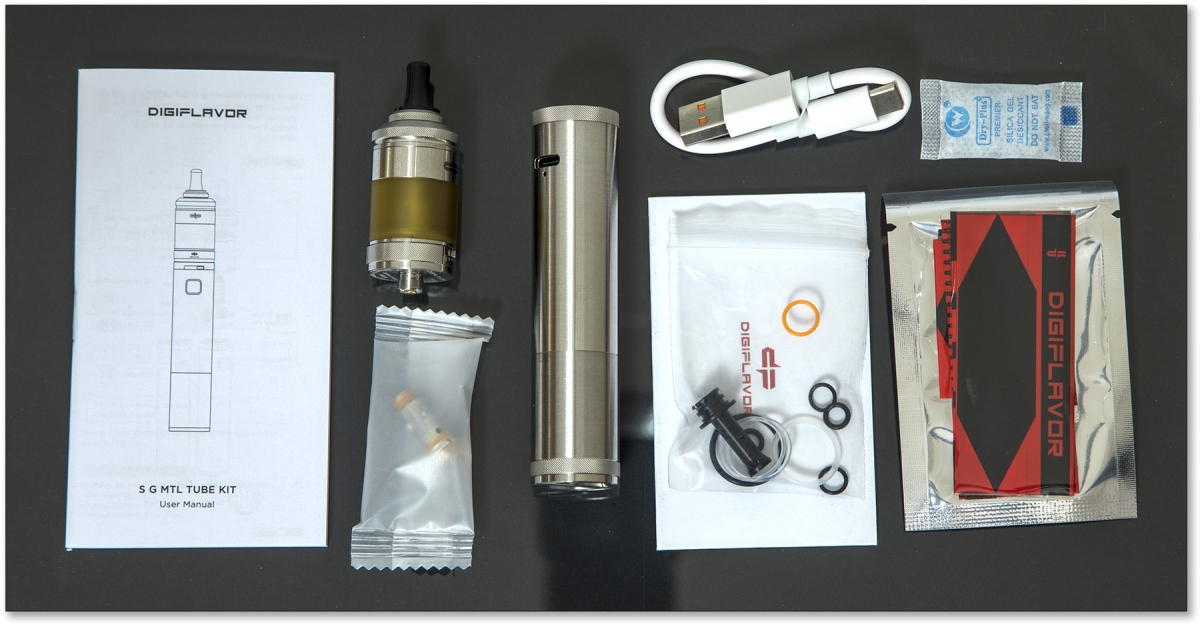 Digiflavor always treat us with a generous bundle, even with this stock coil kit they included some nifty battery wraps and an alternative drip-tip. The USB-C cable is very short but useful for power banks. There’s a little baggie of spare O-rings and the user manual which is well written.

It is hard to get excited by a pen kit as they all look similar, but Digiflavor have done well with the subtle styling that has that ‘siren’ look to it. I particularly liked the fire button which had a red surround and a sandblasted surface making it more tactile.

The outstanding feature of this kit was the two battery options; it takes 18650 or the shorter 18350 cells, and it’s very simple to convert it to either as it unscrews.

The threading is the same as the battery cap so to convert it to 18350 you simply unscrew it all, remove the middle tube, and pop it back together. 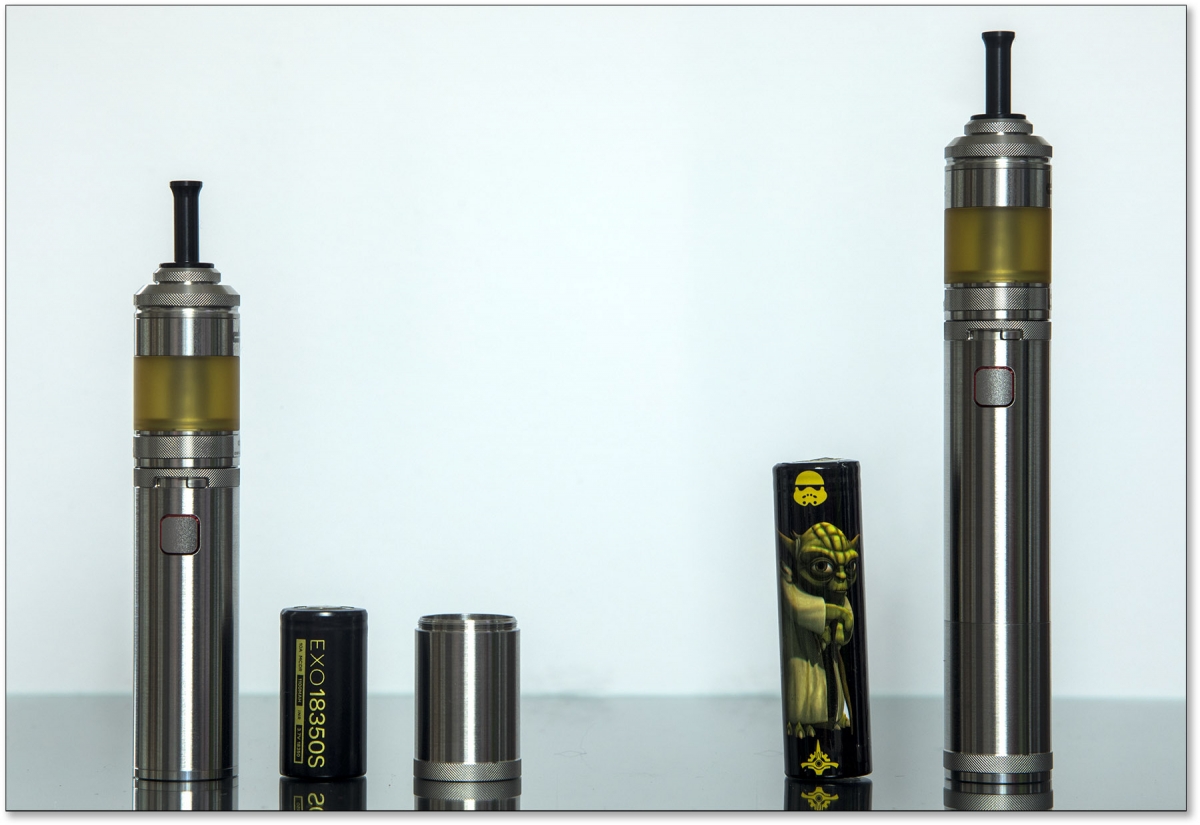 It looks and feels quite tall in 18650 configuration as the Siren G tank is quite tall due to its 4ml capacity, I think it suits the pen style and I added even more height by using the alternative drip-tip. 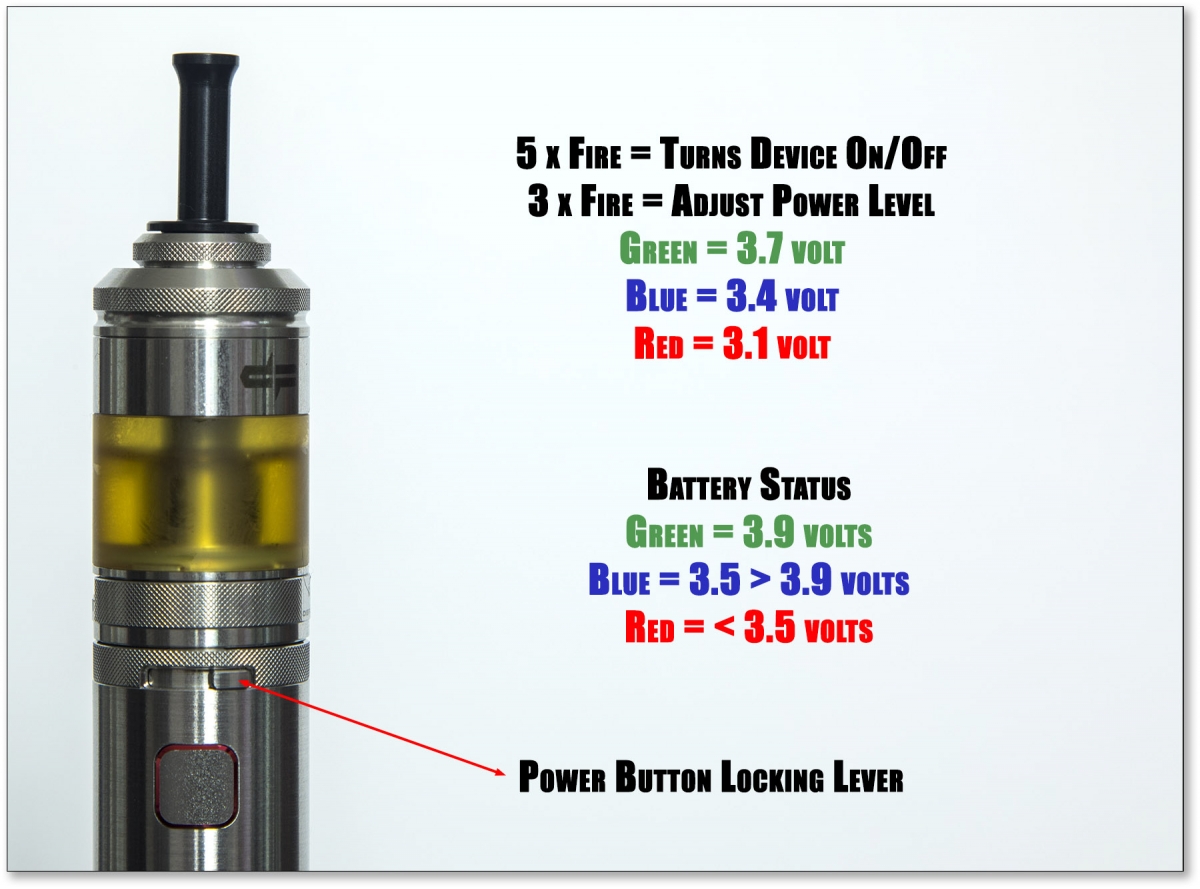 A very welcome feature is the locking lever above the fire button, this is a physical lever that stops the fire button contact, it’s quite stiff at first but that means it will stay in position well. The fire button is a tad loose so rattles a bit if you shake it. The USB-C port is opposite the fire button and an LED status light is just below that which is a bit odd as you can’t really see it while vaping.

The tank is 22mm diameter which is pretty much the standard size for MTL tanks, Digiflavor collaborated with their parent(sister?) company by making the tank compatible with GeekVape G Series Coils:

It all unscrews easily and the threads are well machined, the SS version comes with a ‘frozen piss’ coloured translucent tank section, I half expected not to like this but it really suits this kit and it’s easy to see your juice level.

The coils are easy to change as they are a press fit once you unscrew the base, no need for that GeekVape spanner as there’s plenty of it exposed to get a good grip on.

I really like the top-fill as it is a third-turn twist lock style and the filling ports are pretty large making it faff/mess free. It locks up nice and firm so shouldn’t cause any pocket leaking.

The airflow ring has four settings (4,3,2 & 1 holes), and the resistance is quite firm to rotate so you need to make sure the tank is screwed down tightly. It is on a stopper at both ends so I found it simple to set it to the smallest hole without having to look.

I favoured the 18350 battery height and tested the least power hungry 1.8ohm coil first, the vape wasn’t quite to my tastes so I had to increase the power to the highest setting (GREEN). Once the coil had bedded in, I was enjoying it a lot more as the flavour was spot on.

The 1.2ohm coil was much better for my preferences though, a more warm and intense vape, middle power (BLUE) was about right for this one. To be fair, both coils require low power so an 18350 battery lasted well but it was nice to have the option to change over to 18650 when battery life was important.

In the hand experience was surprisingly good for a pen kit, usually I have the ‘I can’t quite put my finger on it’ issue, but I found this kit so natural and intuitive that I always found the fire button easily without faffing around. The USB-C port orientation helped as if your thumb was over this then your finger is over the fire button, this might sound like a small detail but it added to the overall experience.

There was one area that wasn’t to my liking though; the airflow. Even on the smallest setting, it was a touch too loose for my taste. It wasn’t dreadful and was still a definite MTL draw but not as tight as the Siren MTL RTA went down to. I soon got used to it though, and the superb flavour and smooth draw made up for this. 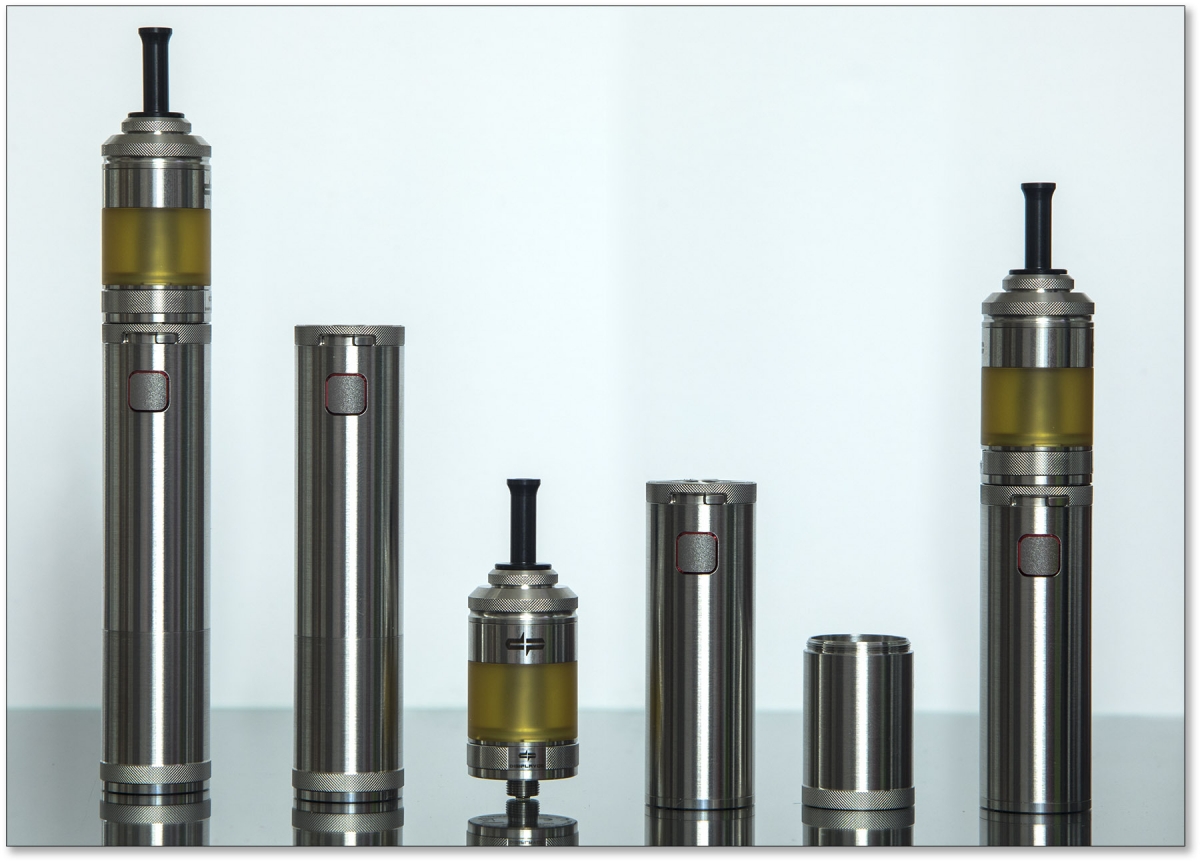 In 18650 mode it still felt really good to use, the tank didn’t look as tall if that makes sense? I’m torn as to which I prefer, but 18350 is more pocket friendly.

There was a nice surprise in store, I popped the Digiflavor Siren MTL V4 RTA onto it:
https://www.planetofthevapes.co.uk/forums/product-reviews/device-reviews/rebuildable-tanks/threads/digiflavour-siren-v4.208093/ 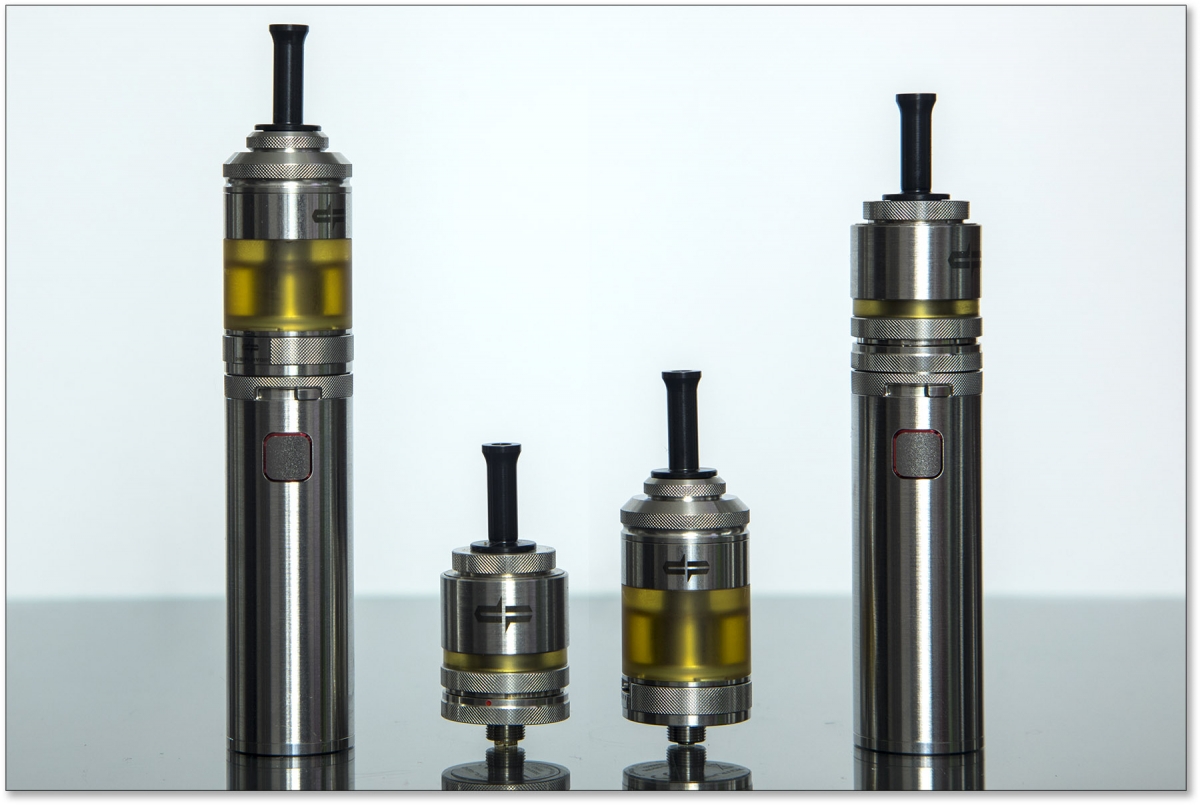 This looked superb on this kit as the styling is similar but it is much shorter. Obviously you lose the benefit of 4ml capacity and that mesh flavour, but it made my mind up to buy another mod only for it as I have never really found a mod that suits it this much.
https://www.sourcemore.com/digiflavor-s-tube-mod-for-sg.html

For what appears to be a basic pen kit, the Digiflavor S G MTL Tube kit has impressed me a lot, the simple yet stylish looks and how it feels in the hand make it a pleasure to vape, and topped off with the Geekvape coils make it a winner for me. However the loose draw might put some people off, usually that would include me but I’m really enjoying it.

The option of 18350 or 18650 batteries really help to make this kit very versatile and both options feel good in the hand, it isn’t the lightest kit out there but the weight adds to the experience for me. If you own the Siren V4 then I think it’s a no brainer to pair with the mod as a bonus.

It’s a real shame about the airflow as the Digiflavor S G Tube kit is such a great kit otherwise, so good that I have gotten over the airflow and am really enjoying using it still, the Geekvape 1.2ohm coil especially. While there’s zero innovation, it deserves its place in the crowded market.

Score 8.5/10 – Do yourself a digi-favour and treat yourself to one. 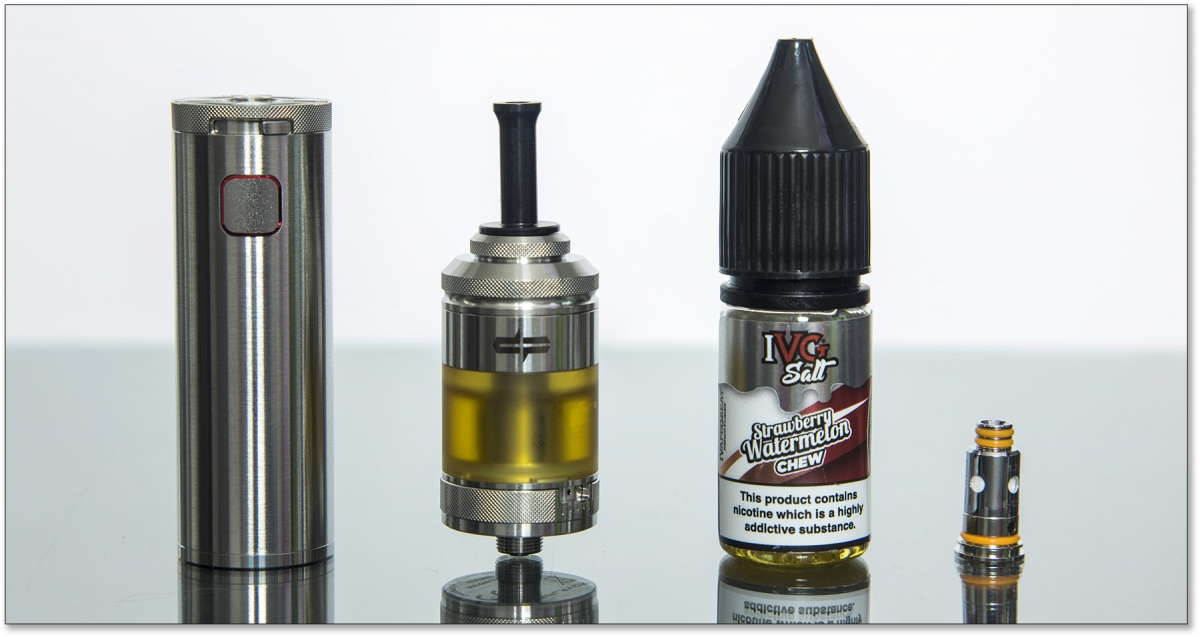