Augvape continues the revamp of its current offerings, this time with a new 21700 box mod (yay, it’s not a pod!), the Foxy One mod. This is available in five different colours and they sent the gunmetal and brown leather version out for review, I have to say that the other colour options also look good, especially the gunmetal and grey alcantara variant if you want something a little different for your collection.

There’s very little in the box besides the Foxy One mod, just a brief instruction guide, warranty card, usb-C cable and an 18650 adapter which is hidden inside the mod. 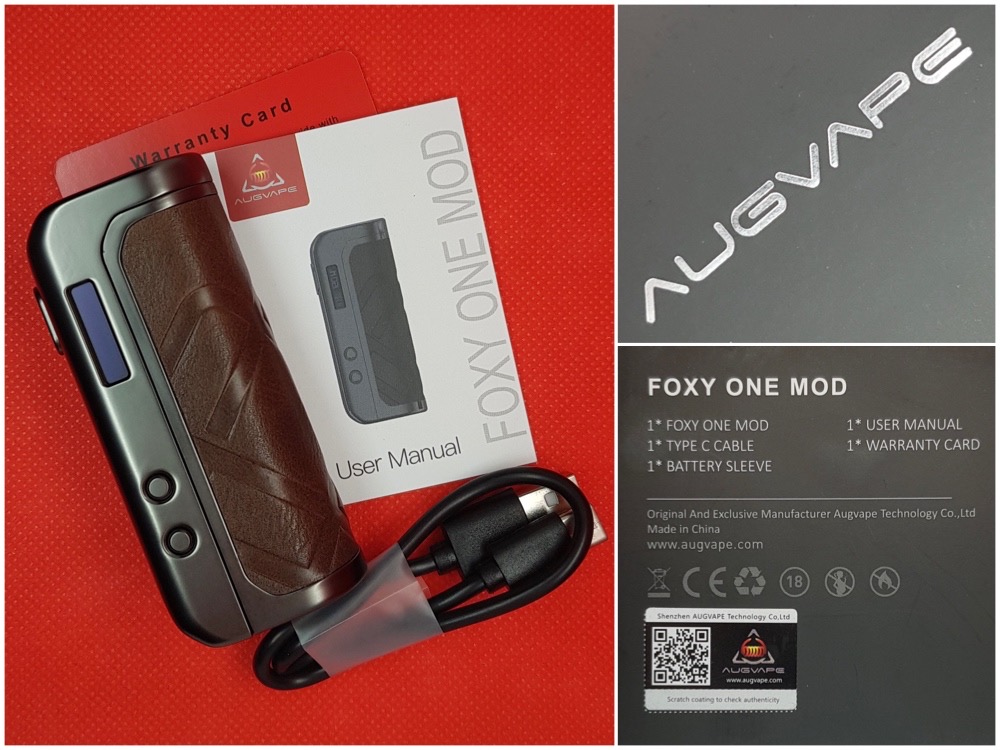 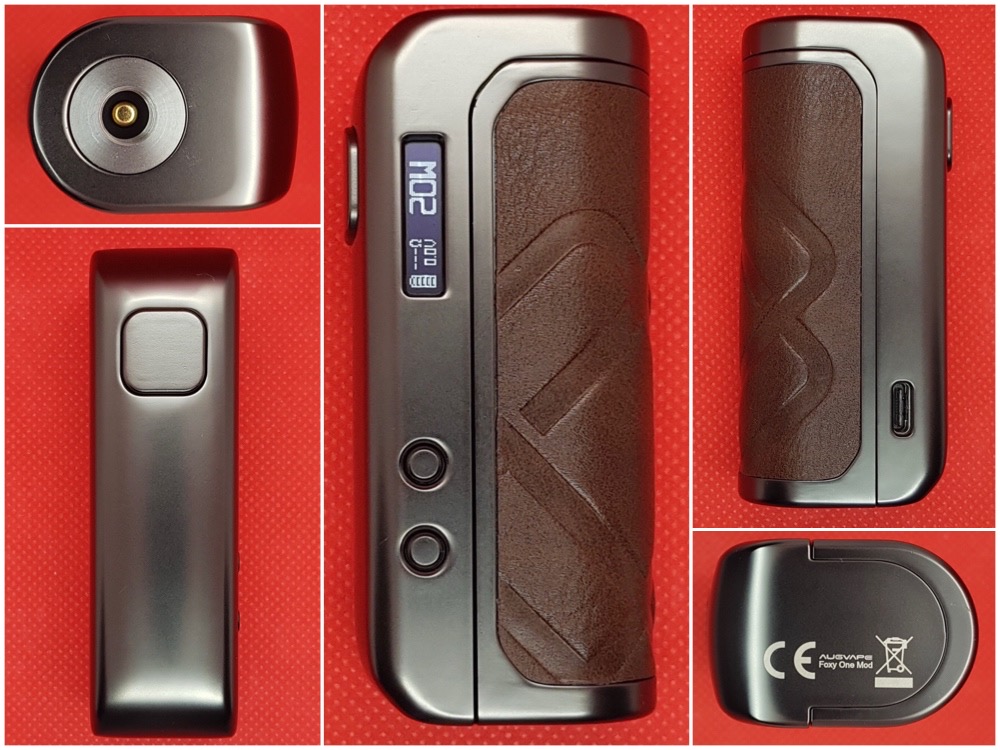 Without a battery, the Foxy One mod is relatively lightweight at just 130grams and this can be put down to its small size, this is one of the smallest single 21700 battery mods I’ve come across. Put in a battery and add a tank, and things start to get a bit more weighty though. My current setup with a 21700 battery and the Augvape Druga RTA comes in at just a hair under 250 grams. The svelte design with the contrasting leather grip, which has the Druga logo embossed on its surface, combined with the softly rounded edges means that it’s very comfortable to hold though.

The spring loaded 510 plate sits just a hair above the top of the chassis which means you shouldn’t scratch the surface with your atties, but you may notice a tiny bit of a gap if that’s the sort of thing that bothers you. You can fit a 25mm atty on top, but with the softly rounded edges I think this looks better with a 24mm atty, both the Druga RTA and the Intake MTL rta which I reviewed recently look perfect, especially as those were both sent to me in the same gunmetal finish.

The large power button is perfectly located for both thumb and trigger firing depending on your preference and having the small OLED screen and up/down buttons moved to the side of the mod gives the front face a very clean look. One criticism of the fire button though would be that, although it requires a decent amount of force to activate, it feels squishy without any positive click. It almost feels as if you are pushing down against a rubber bung. The up/down buttons have a much more pleasant, tactile feel with a definite click at the end of their travel. You can lock these against accidental adjustment, but I haven’t felt the need to and there’s zero button rattle present. The screen, whilst small, is bright and clear and gives you all the information you need.

Around the other side, you will find the usb-C charge port. Augvape claims 1.2 amp fast charging, and in my testing it actually surpassed this, peaking at around 1.7 amps, everything remained relatively cool during this test run. 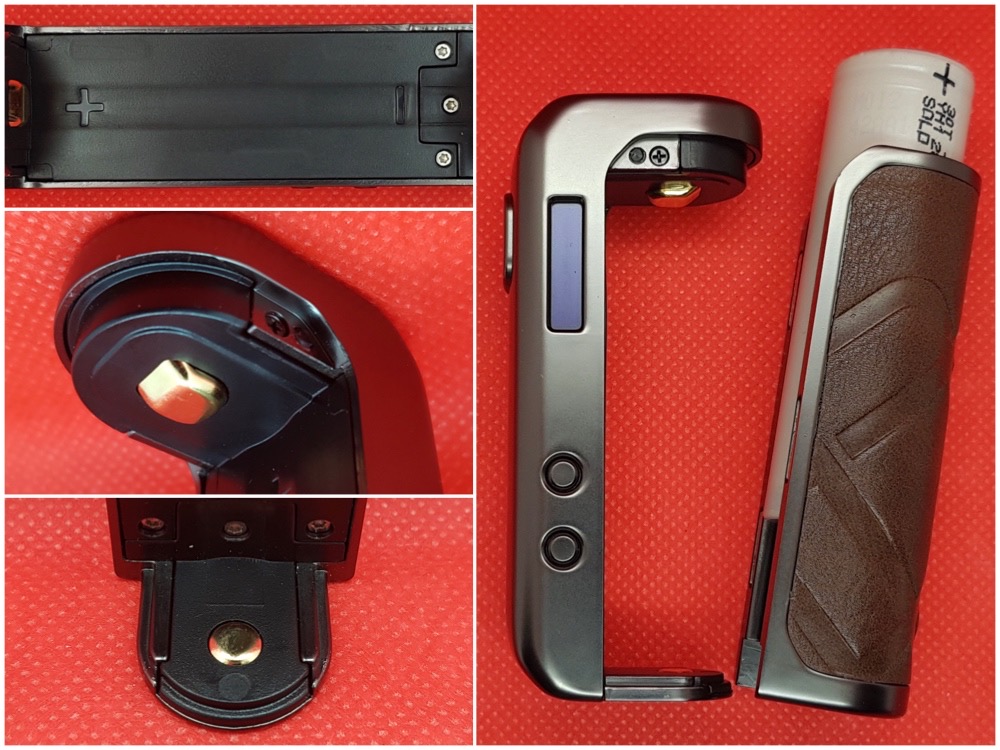 Battery insertion is easy, pull away on the back plate and you’ll find a C-Frame style main chassis with the door incorporating a battery tube style design. The polarity is clearly marked on the battery tray so slide the battery into the tube and simply push it all back together. The back panel has zero excess play and is also secured with three magnets for additional security.

The contacts themselves are nicely rounded with the upper contact being spring loaded so there shouldn’t be any worries about torn battery wraps from inserting or removing the battery door, and the battery tube has a small lip on the lower edge to prevent the battery simply falling out of the bottom. The inside of the battery door is a little rough though with no insulation so, as always, practice best battery safety and inspect your battery wraps first! This easily passed the oversized 21700 battery test, and I’ve not detected any battery movement in use with smaller batteries either.

The Foxy One has one very clever feature here, it automatically detects which size of battery you’re using and limits the power accordingly, 80 watts for 18650s or the full 120 watts with a 21700. I have no idea how Augvape has done this as there don’t appear to be any physical mechanisms in play. It doesn’t always get it right though, with a couple of the 21700s I tried it was a little hit and miss whether you would get the full 120 watts. At least it seems to err on the side of caution as 20700s also seem to get capped at 80 watts as well, better safe than sorry.

There are just three modes available, wattage, voltage and bypass, so if you’re a temperature control vaper you'll need to look elsewhere. Wattage is adjustable in 1 watt increments, and the board itself feels very responsive and is simple to operate without any complicated control schemes that will satisfy the bulk of people out there. 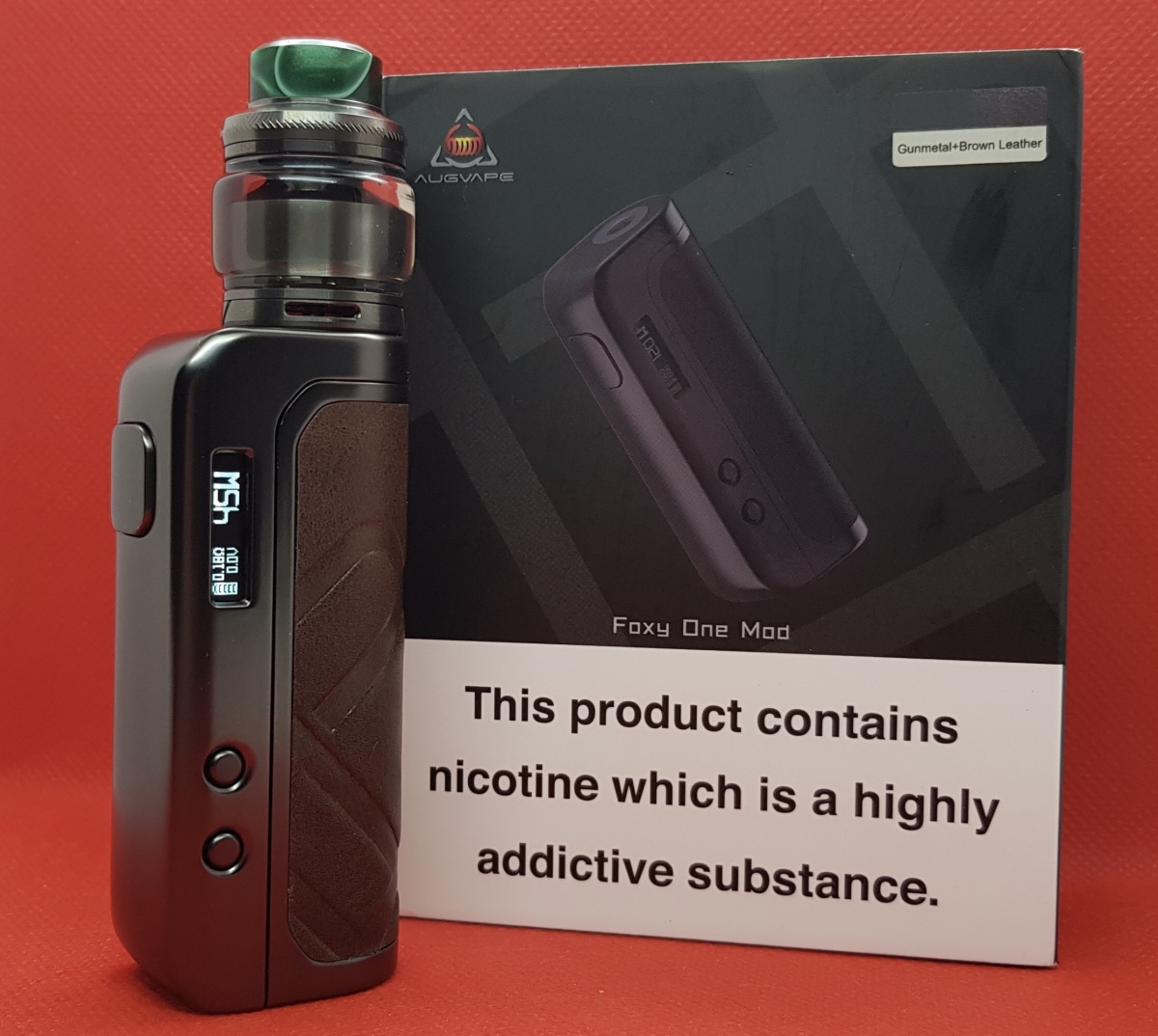 It’s nice to see the return of a C-frame style mod, these were all the rage a few years ago but seem to have fallen out of favour recently and Augvape have done a great job giving this a more modern twist. Despite the apparent simplicity of the board, in use here there’s some clever technical wizardry going on in the background with the automatic battery size detection as well. I’m a big fan of single 21700 mods because I have relatively small hands and I’m sure that the Foxy One mod is going to become a firm favourite.
Many thanks to Augvape for sending the Foxy One mod out for review. 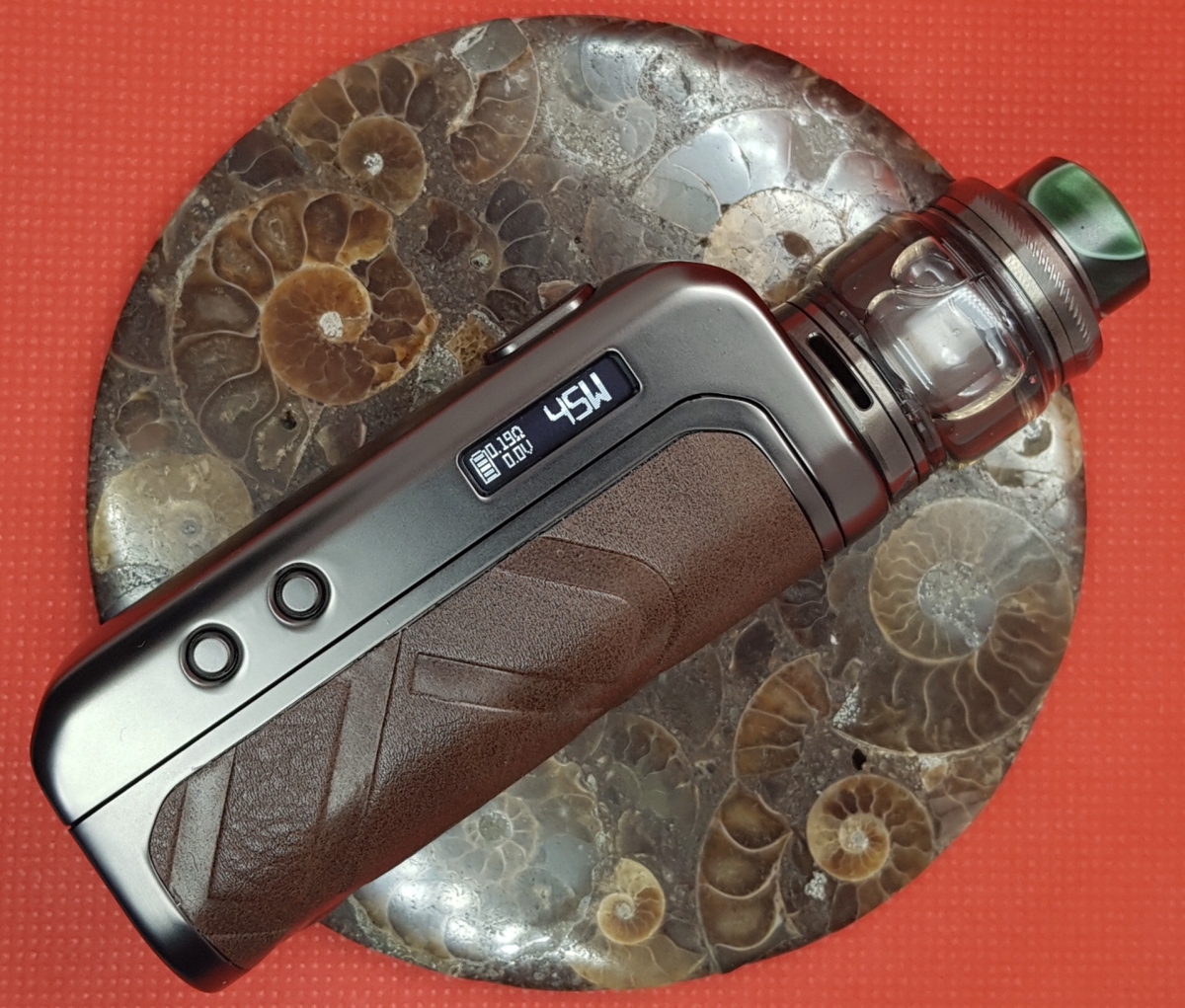