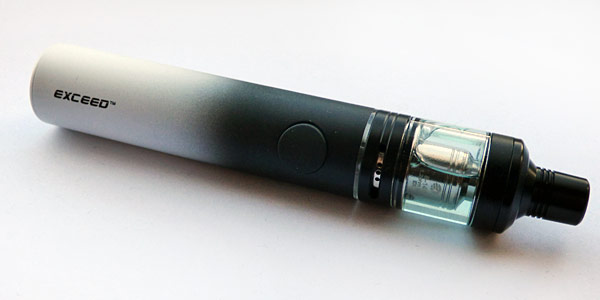 The EXCEED D19 starter kit is a brand new release by Joyetech. It is intended to offer users a choice between DL (Direct to lung) or MTL (Mouth to lung) vaping. The package offers a single unit device with a maximum output of 40W and features a 1500mAh internal battery. This is complimented with the EXCEED D19 Tank which features top filling, adjustable airflow and a 2ml capacity.

So let’s take a good look and see what it has to offer you! 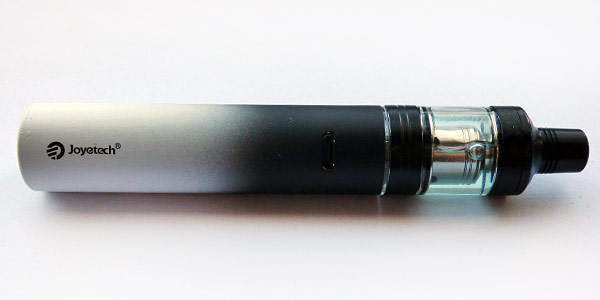 The EXCEED D19 features a sleek vape pen style design which is really well put together. It weighs very little but at the same time it feels robust. Joyetech don’t state on their webpage what the device is made of but it feels to me like Zinc Alloy. It is an extremely well balanced device and feels good in the hand. You have a choice of five different colours but the black and white version I was sent for review is particularly striking. It features a lovely soft gradient moving from black at the top to white at the bottom. There are two logos at the bottom of the device but they are tastefully done and do not detract from the attractive paint job.

The 510 pin feels durable enough but has very little travel to it since it is primarily designed to work with the D19 Tank. To be honest it’s not that likely you would want to use other tanks since the device’s output is limited to 40W and fires at the most appropriate level based on the current coil Resistance.

That’s right folks no cumbersome menus or adjustment buttons, just fit the tank; fill it with juice, leave a little time for the coil to prime and away you go. While an existing user may not appreciate the lack of versatility for someone brand new to vaping the lack of complexity is ideal!

What is unique to this device is that there is a ring around the top of the battery which features an LED light. The device does allow you to swap between two modes, either Direct Output or Constant Voltage Output. The ring lights up white or orange depending which mode you are currently in. Even when you have the D19 tank fitted you can clearly see the light so I feel it is a really good design. 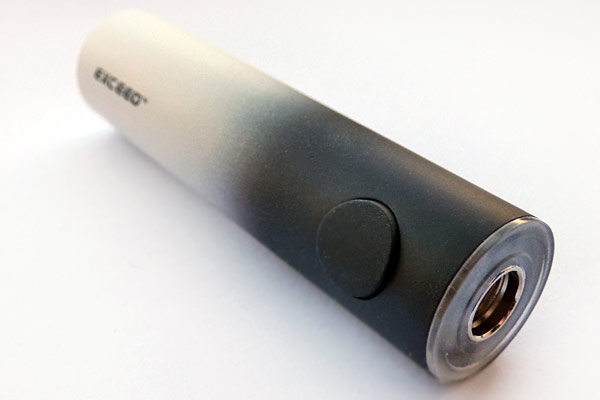 The included 19mm diameter tank is nicely put together, is extremely straightforward to use and to clean. It features a top fill design, adjustable airflow which caters to both MTL (Mouth to Lung) and DL (Direct to Lung) vaping styles, and a choice of two coils each suited to either MTL or DL.

The tank looks to be made from Stainless Steel and glass, with the steel featuring an anodized black coating. 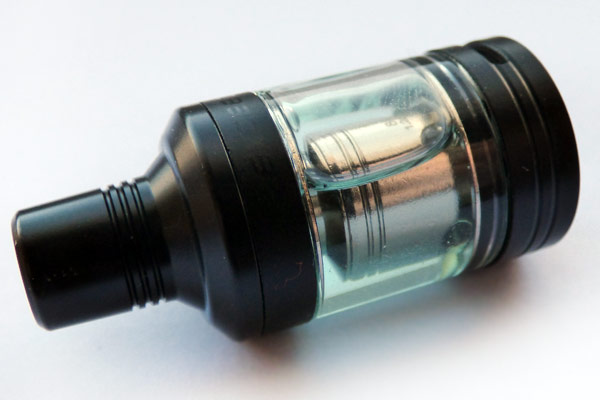 The airflow is really nicely designed and features an easy to adjust ring. As you turn this you expose holes and eventually a large slot. The holes are for MTL users and the slot is for DL users. Of course this kind of flexibility allows you to set it out how you want and to be honest when using the MTL 1.2ohm coil I could get a passable restricted lung inhale if I kept the airflow completely open. Close it down heavily or just use the air holes and it definitely suits a mouth to lung vape that most people will be very satisfied with.

One slight negative is that the drip tip while nicely designed is incorporated as part of the top cap. While it’s probably ideal for MTL users it does feel somewhat narrow for DL vapers.

As far as filling the tank or changing the coil goes you are very unlikely to run into issues. The top fill works well and you can clearly see the juice level in the tank. The only thing to keep in mind is to prime the coil before taking your first vape and allow at least 15 minutes for the coil to completely saturate.

You are also highly unlikely to mix up the coils since the MTL one is silver and the DL one is gold. 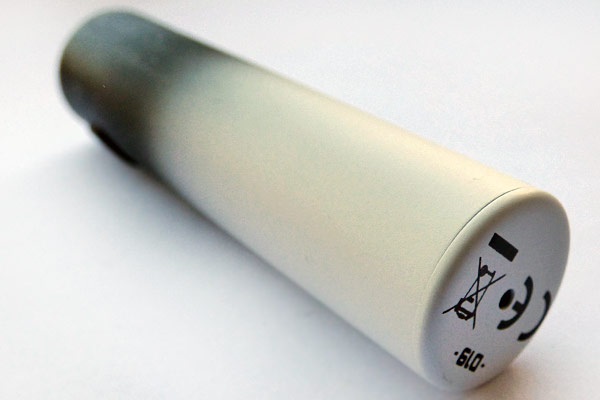 To begin with I made use of the 1.2ohm MTL coil. I filled up the tank with some Drake’s Burley Tobacco and let it saturate for 15 minutes. My first vape was highly satisfying, flavour was extremely good, very clean and there was just the right amount of warmth for me. With the airflow set to one of the air holes I got an enjoyable mouth to lung vape. Vapour production was pretty good and thanks to the airflow design I could increase that by switching to the airflow slot instead of the holes. I happily stuck to using this coil for a couple of days and to be honest I couldn’t fault the vape I got. Refilling was also convenient and quick.

I later switched to the 0.5ohm coil and filled up the tank with some Vampire Vape Pinkman. I allowed the usual amount of time before vaping but the tank was less consistent with higher VG juice and I got a few dry hits now and then. The vape was certainly much cooler and while the tank did put out a very respectable amount of vapour I didn’t enjoy it as much as the MTL 1.2ohm coil. Flavour was simply not as on point and once in a while I had gurgling and some spit back.

I considered it was most likely the restrictions of the device’s maximum Wattage and I did swap to Direct Output Mode which improved things. Flavour and heat were much better. So at the end of the day if you want to use the 0.5ohm and vape direct to lung I would make sure the device is in Direct Output Mode because you’re clearly not seeing it at its best when in Constant Output Mode. Alternatively fit the tank to one of your other devices.

All in all I think it’s great that Joyetech have given users options and for me personally the 1.2ohm coil was excellent. The 0.5ohm is perfectly fine but for my own preference I preferred fitting the tank to another device and cranking up the Wattage.

Battery life depends greatly on which mode you are in. If you’re in Constant Output you get a consistent excellent vape each and every time with the 1.2ohm coil. Yet to get the best from the 0.5ohm you really need to be in Direct Output mode and while things start off well they get progressively worse just like any mechanical mod once the battery starts to drain.

I haven’t actually worked out how long the battery has lasted because I’ve used it on and off for several days. I would say that I’ve approximately had at least four hours of vape time so far.

The Joyetech Exceed D19 is a great compact starter kit which is nicely constructed and ideal for someone brand new to vaping! The airflow variation on the tank is really nice so it allows a user to experiment with their vaping style. I absolutely loved the flavour the 1.2ohm coil offered and my personal preference would be to stick to that coil type.

The choice of two coils is another plus point but in my opinion the 0.5ohm coil is not at its best if used in Constant Output Mode. Nevertheless it still offers users a taste of direct to lung vaping and if you stick to the correct mode I’m sure you will still find it rather enjoyable.

Many thanks to Joyetech who kindly sent this product to Planet of the Vapes for us to review. If you would like to purchase the EXCEED D19 Starter Kit you can get it directly from Joyetech where it is priced at a very reasonable £26.99.

Joyetech have kindly provided us with an extra kit to give away to one lucky winner. For your chance to win this great prize please see our competition.