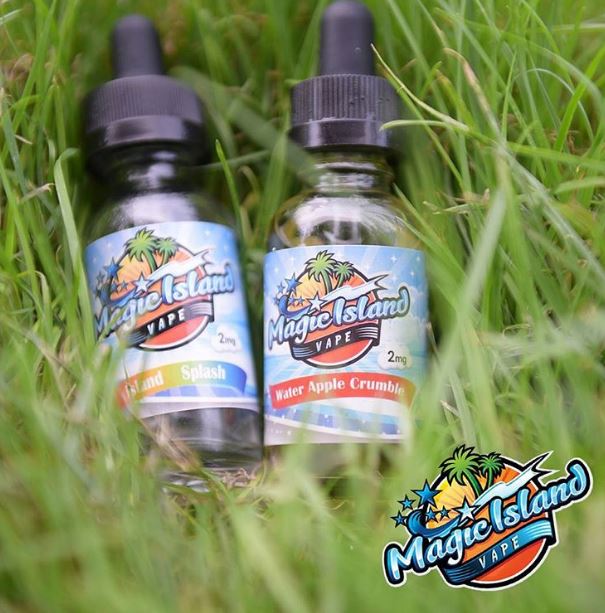 Produced by Canadian company iBliss one of the largest e-liquid manufacturers in Canada, Magic Island Water Apple Crumble is just one of the many products they produce inside their 20,000 square foot FDA registered facility. I'll also be looking at a couple more from these guys shortly in upcoming reviews, such as The Original Cannoli, Wat a Waffle and Flavor Switch.

Magic Island Water Apple Crumble is produced inside an ISO Class 7 facility to the highest manufacturing standards, with nicotine strengths available in zero, 3mg and 6mg (or 2mg and 5mg in North America), mixed to a 70/30 VG/PG ratio. It’s described as being a twist on a warm apple crumble dessert, with tropical water apples used. The water apple is a very intriguing flavour used in the mix, so it will be interesting to see how iBliss manage to pull this off! 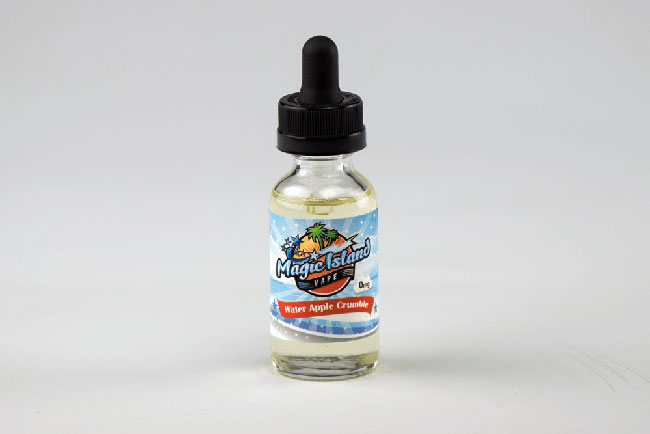 Warm apple crumble dessert with a twist. Made with tropical water apples, brown sugar melted on a golden buttery crumbs and finessed with a sprinkle of cinnamon…

Magic Island Water Crumble comes in a childproof glass dropper bottle, with a funky bottle label design and relevant warning information printed on the side. When opening and smelling the bottle, I was greeted with the scent of apple, with a hint of pastry in the background, which was an inviting scent for sure!

Upon inhaling I was astounded at just how rich and pronounced the apple flavouring was, seamlessly giving way to a rich and thick pie crust base, and an aftertaste of warming cinnamon. The water apple seems to give a very robust and crisp apple flavour, making the apple flavour extremely prominent during the whole vape, which really appealed to my tastes! Fans of bakery juices will really enjoy this one, and it will also hold appeal to fans of sweet fruit juices too.

Vapour production from the 70/30 mix ratio was excellent, there’s plenty of satisfying cloudage on offer with Magic Island Water Crumble and it holds up really well at high wattage too. The 70/30 mix ratio makes for a very smooth vape, with no compromise on flavour, and at 3mg I didn’t really get any throat hit at all.

In my opinion, this is one of the best Apple Crumble flavours that I’ve tried. Many have lacked the crisp punch from the apple, or the apple flavour has been somewhat lacking, however this provides a full frontal apple flavour from start to finish, alongside a rich pie crust base, that is moreish enough to be an all day vape. There’s plenty of flavour here, alongside thick and dense flavour, and this is one bakery juice I was highly impressed with!