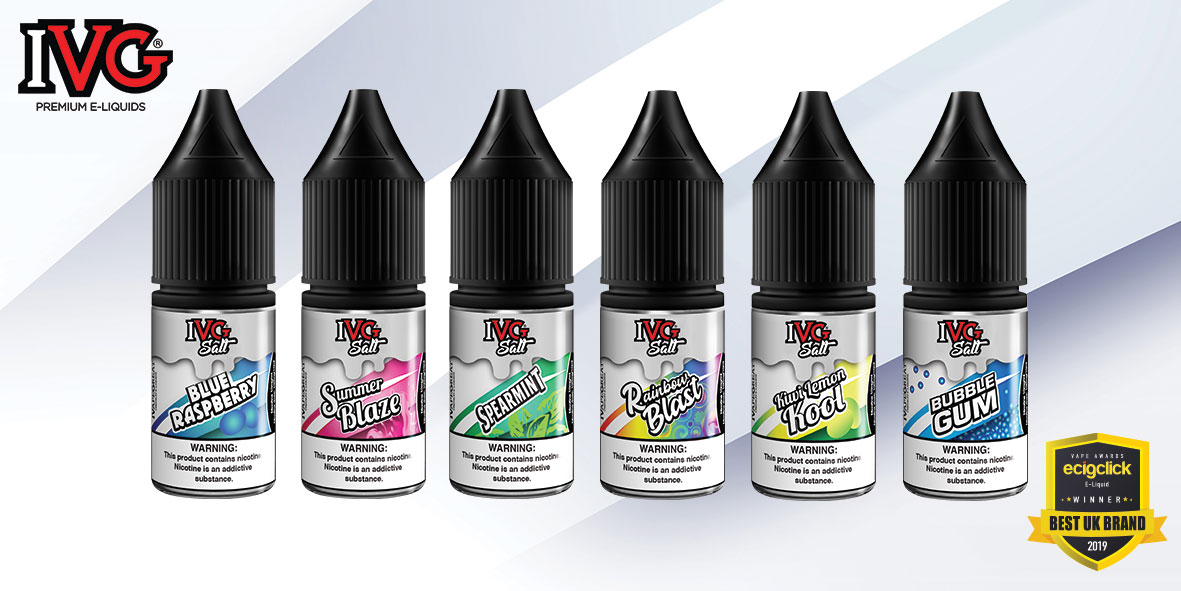 These juices came in a reviewers pack. The first thing I noticed was the packaging and bottle art have since been updated so only old stock will have the same look but the juice is still the same.

All are 20mg salt based nicotine, a 50% VG/50% PG salt nic e-liquid blend which is different from traditional freebase nicotine eliquid, salt nic juices delivers a much smoother and faster nicotine hit.There were two flavours that I wasn’t looking forward to which was due to personal taste. As with most juice reviews, I had to take one for the team and tested them all. There was a few surprises along the way and a couple of instant favourites.

I have decided to drop the score out of ten due to the cliché ‘taste is subjective’ which is very true, so I have opted to favour my own opinion and hopefully a perspective of users that would be a fan of the flavour. 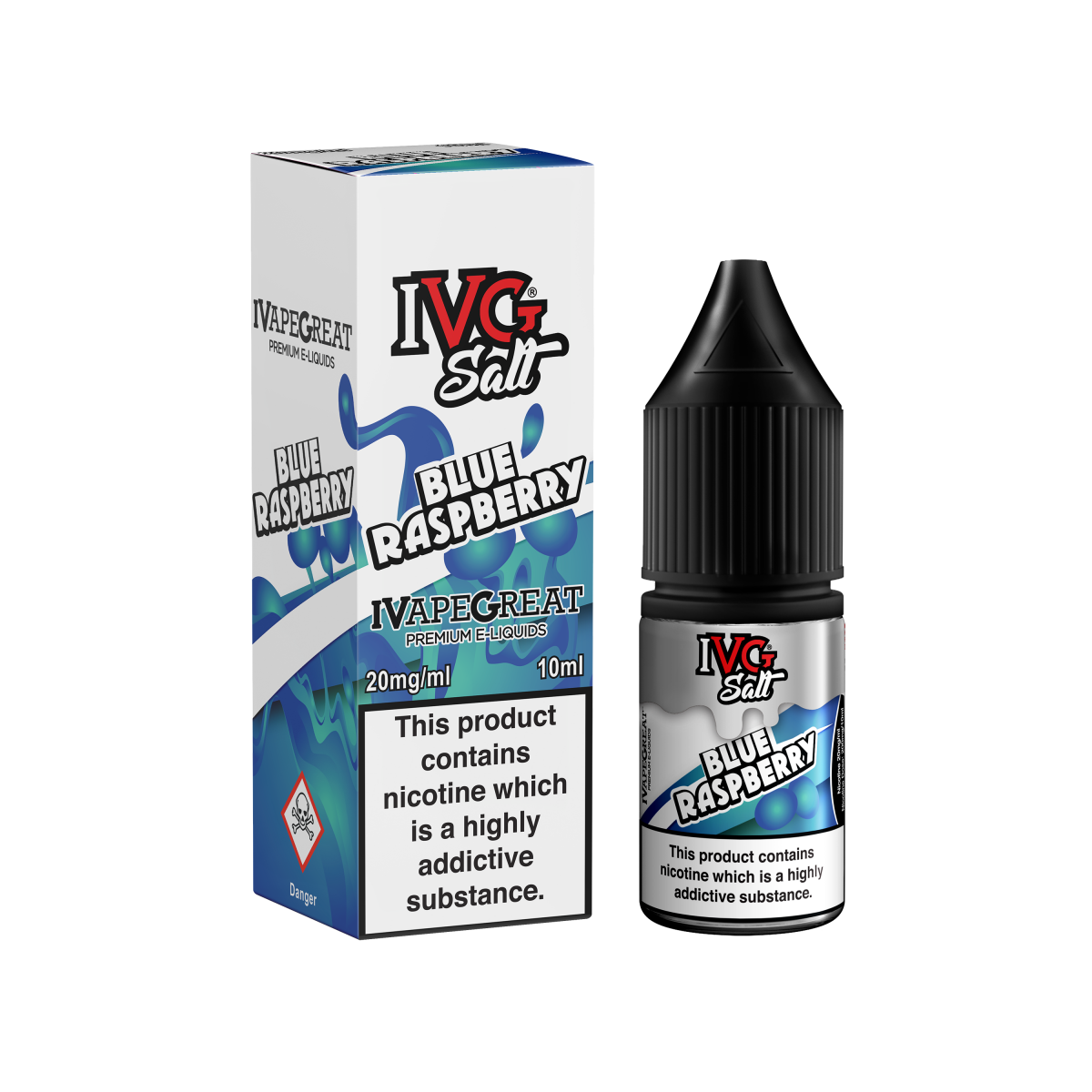 This flavour is pretty much the same as a blue slushie drink, only without a blue tongue or brain freeze. If you are a fan of the drink, you should enjoy this as the flavour profile is pretty faithful, though as with the drink, I found this one good for a change but not an ADV (all day vape). It wasn’t my favourite out of the bunch and also one of those flavours that can be deceptive. If I was handed this to vape without being told what it is then I would struggle to describe it. That's not to say that it is not enjoyable, it’s just not a distinctive flavour profile. 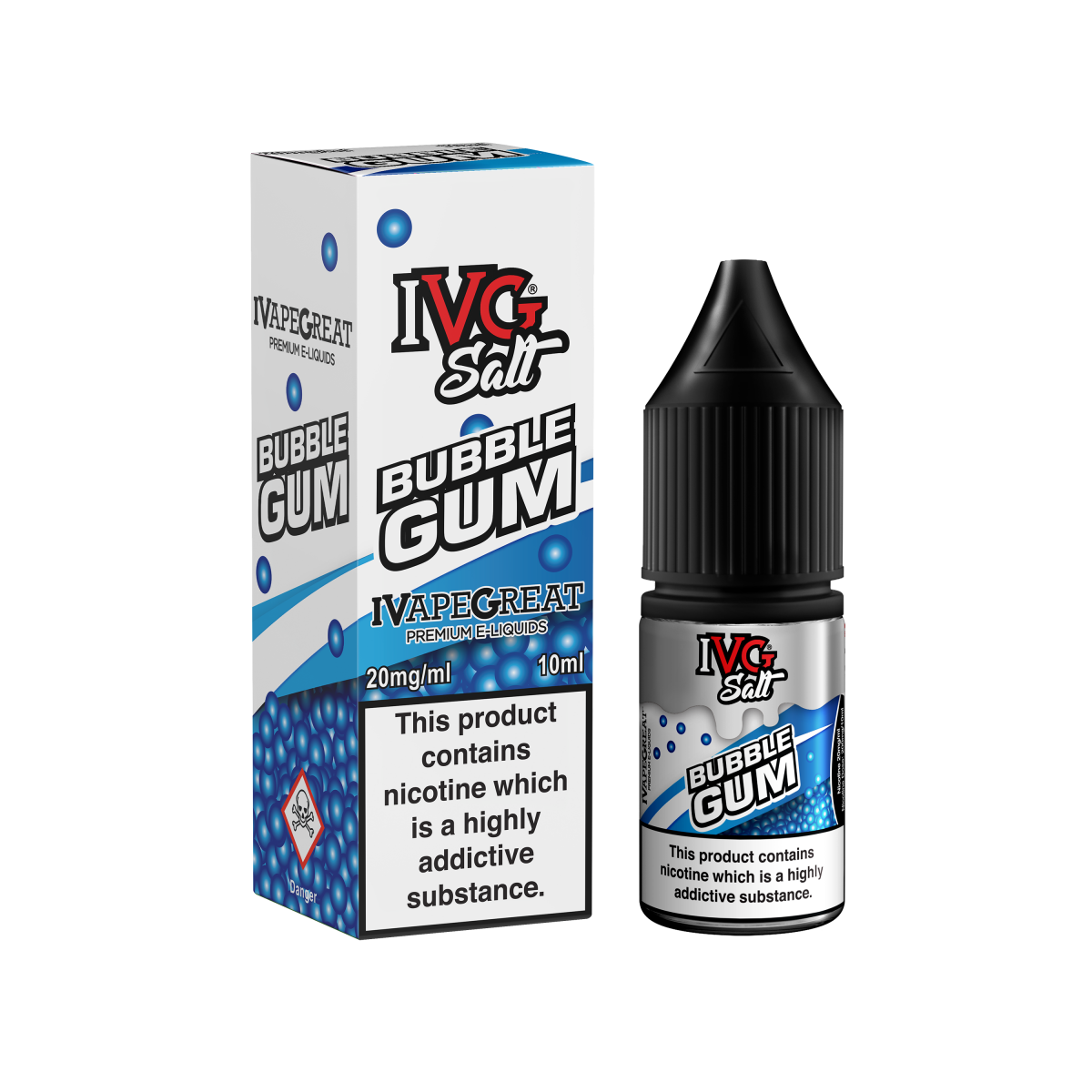 "That amazing bubblegum taste, which will bring your childhood memories back with a refreshing exhale"

I have tried many bubblegum juices and, being honest, I didn’t enjoy the majority and stopped buying this flavour profile, so I wasn’t expecting much from this one. Fortunately this one turned out to be one of my favourites, it worked out perfectly as a nic salt with a consistent flavour, very smooth and the “refreshing exhale” was subtle leaving a nice aftertaste. I soon demolished the 10ml and it has restored my faith in bubblegum. I will definitely buy this one again but more as a treat rather than an ADV. 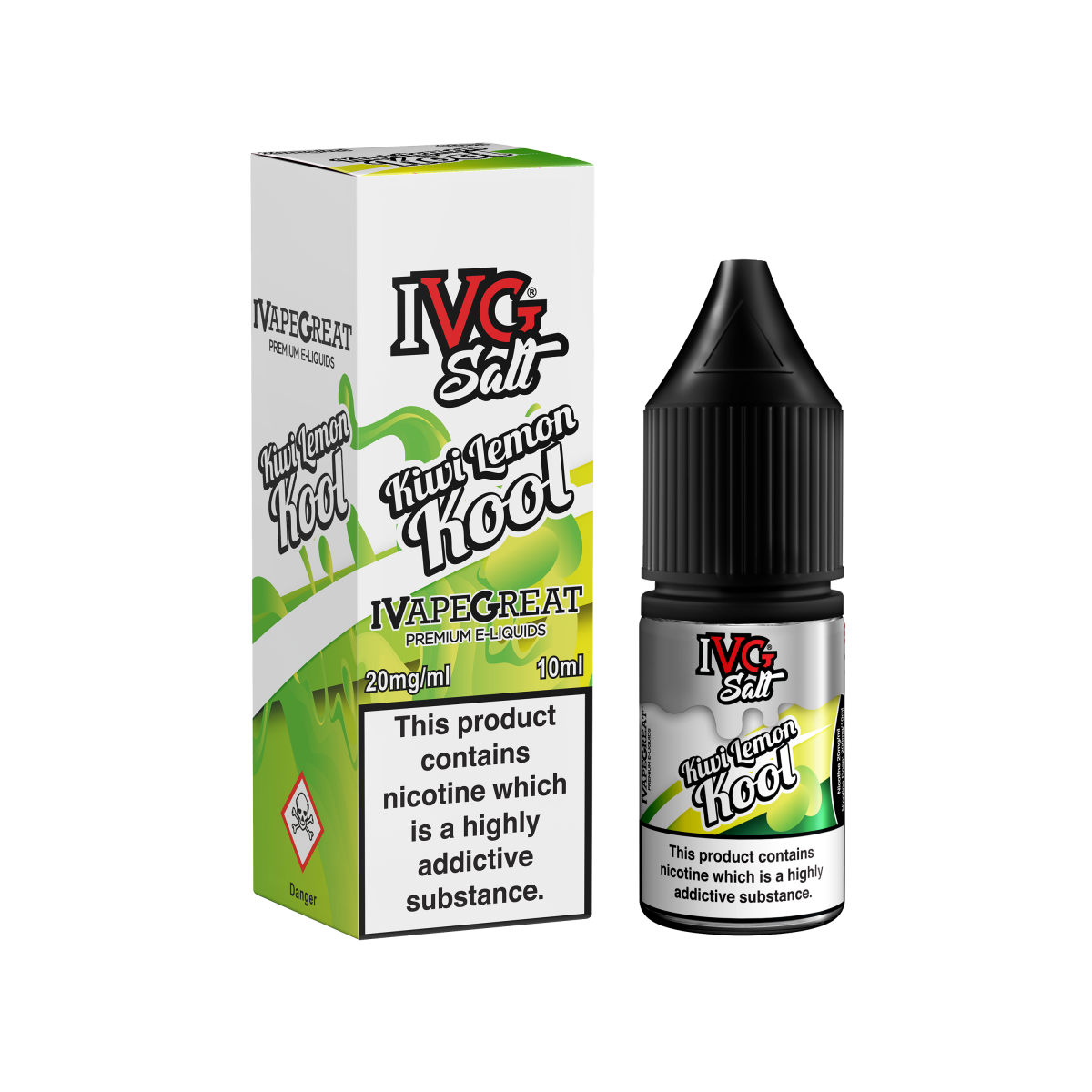 "Fresh Kiwi blended with a hint of lemon"

This one was a safe bet for me, I love citrus and the Kiwi fruit addition sounded ideal. A hint of coolada helped to make this flavour profile that little bit different. The dominant ingredient was the lemon but the sweetness of the Kiwi made this flavour really work and it tasted superb. The coolada was again very subtle and left a smooth refreshing aftertaste, I would put this in an ADV catergory. 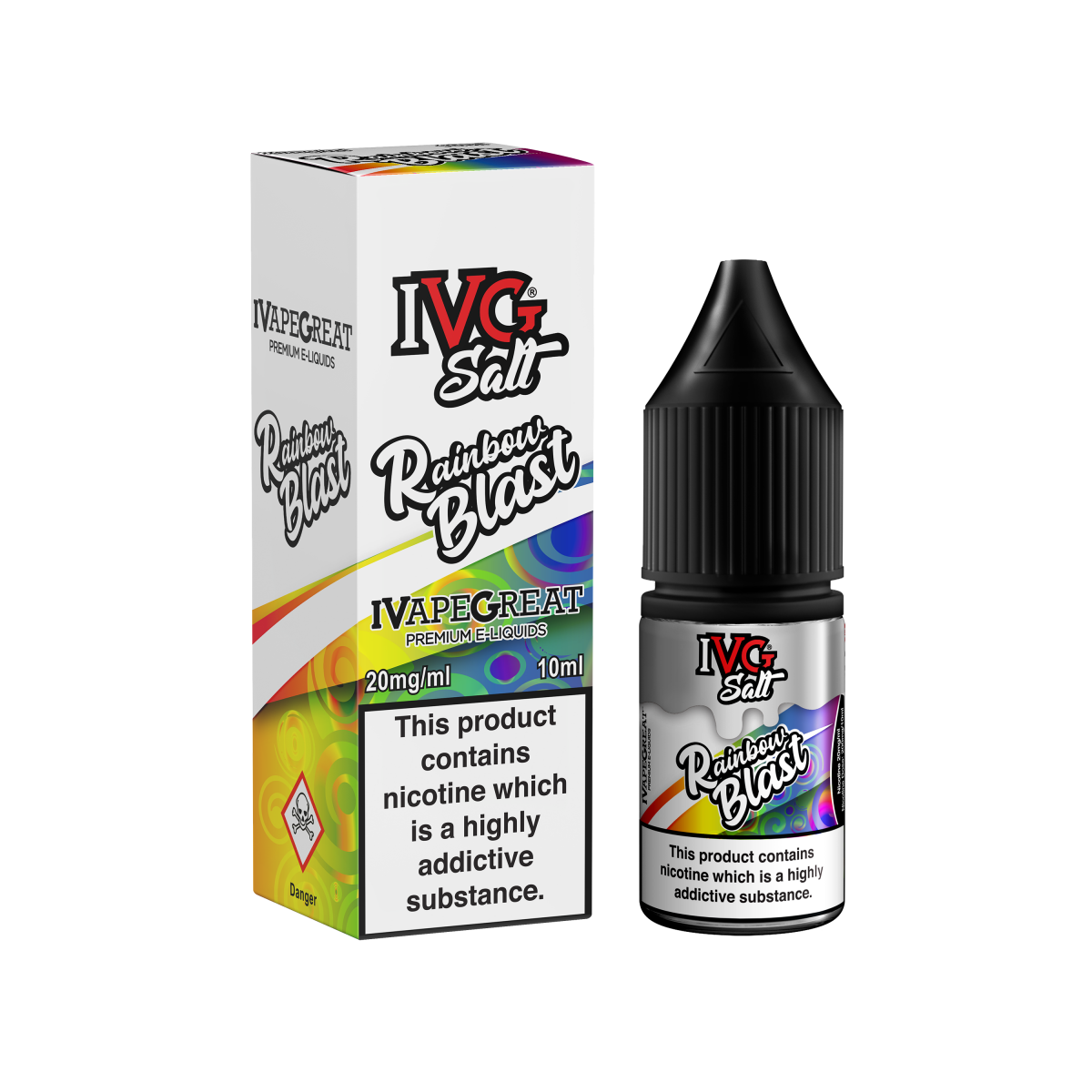 This flavour is a common one, I have tried a few times and being honest it’s not a flavour I enjoy. I wasn’t a fan of the sweets so naturally this was going to be one of those down to personal tastes. It was certainly true to the flavour so I can only say if you do like this flavour profile then it’s a safe bet. I just found it a bit overwhelming and difficult to pick out any ingredients. 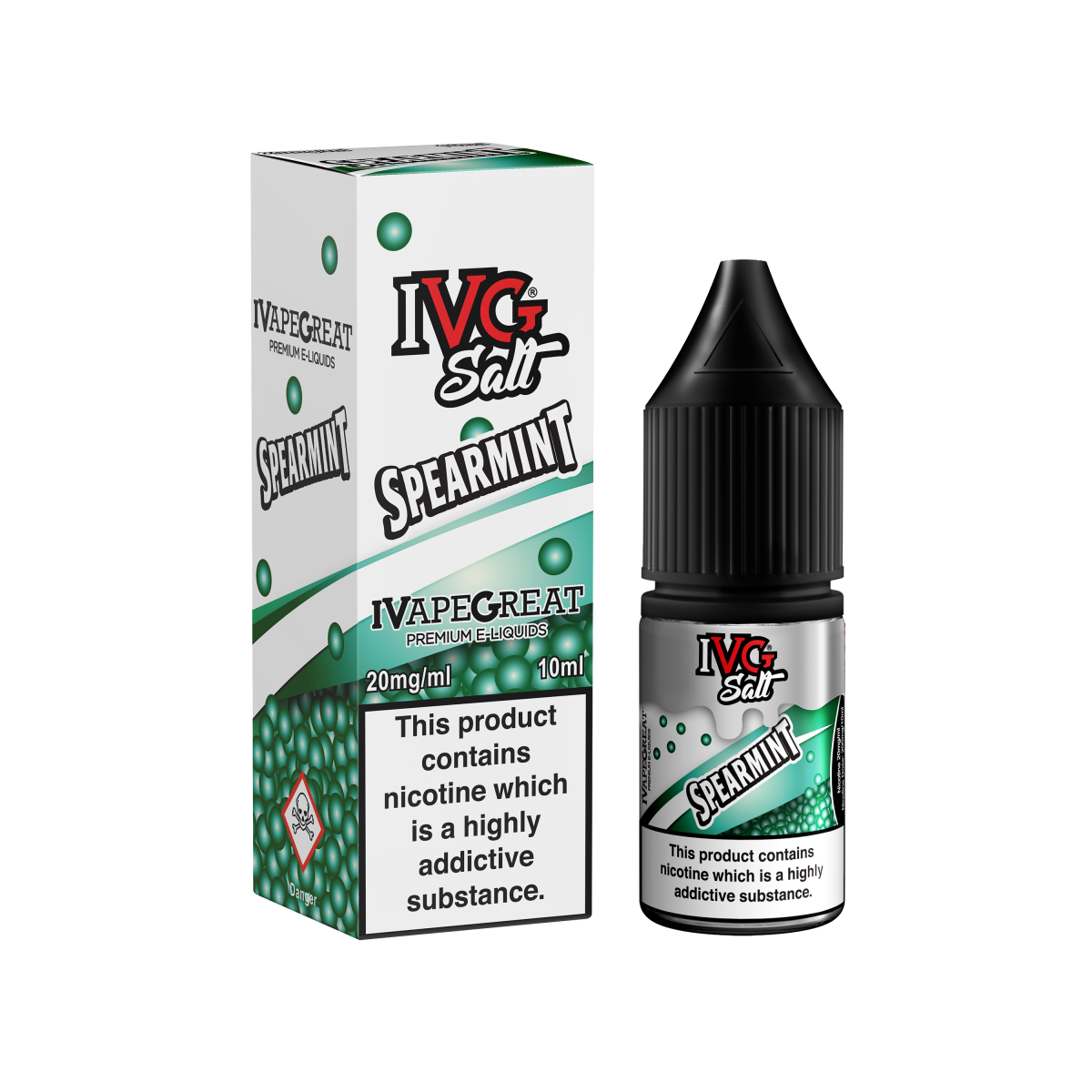 I was actually dreading this one. Out of ignorance, it has been a flavour I have avoided and never tried. Taking one for the team, I gave it a go. It turns out I absolutely love this one!

I was expecting a kinda menthol/coolada dominant flavour but I was wrong, it reminded me of mint chewits, with a sweet, minty flavour and a refreshing tiny kick of coolada on the exhale leaving a fresh minty aftertaste. It turns out I had been avoiding a superb flavour and I am now a convert. I’m not quite sure it’s an ADV, but it’s definitely one I will be buying again as a treat. 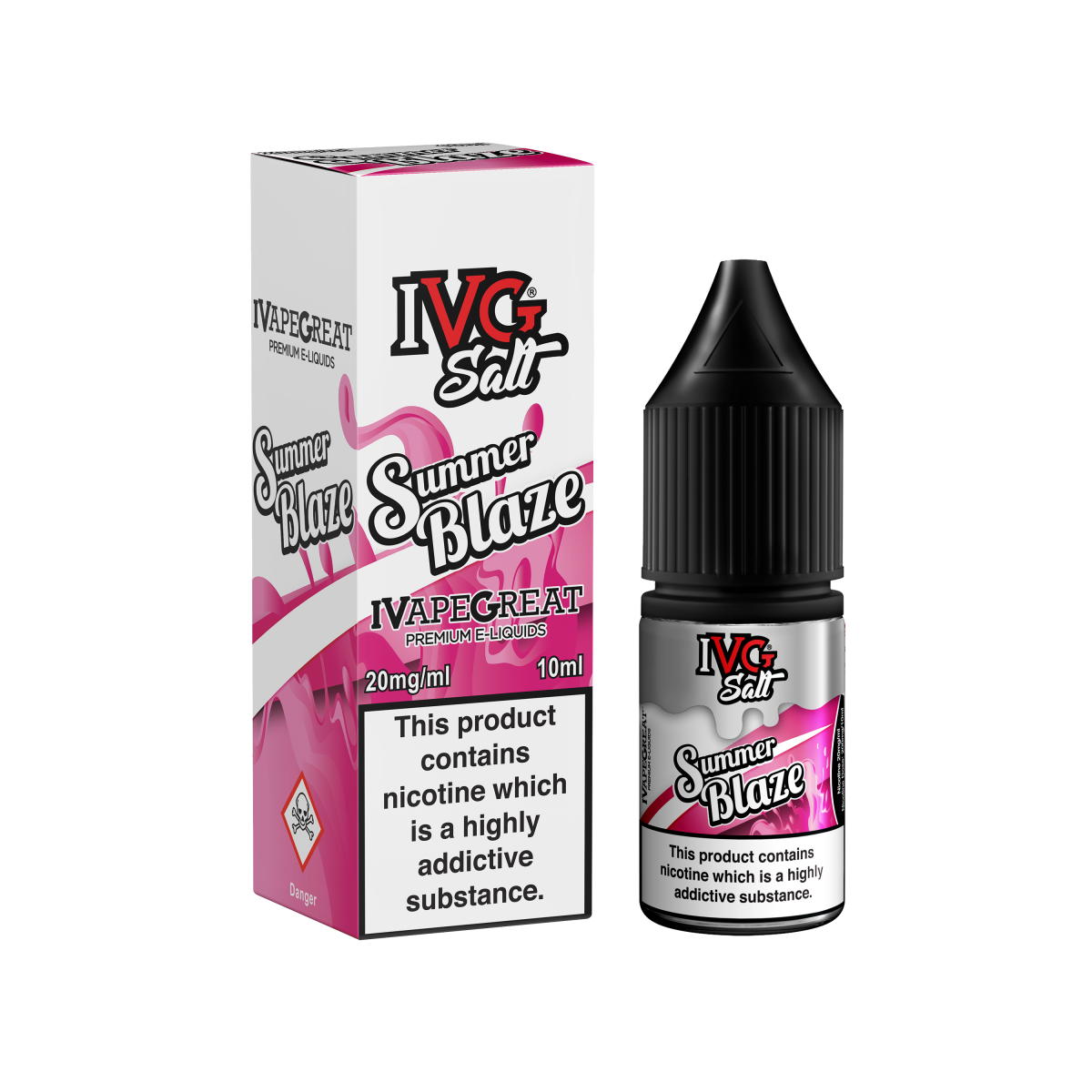 Right off the bat, I really enjoyed this flavour. The balance was spot on with nothing being overpowering, it really tasted like one of those bottles of flavoured lemonade, and like the drink  it leaves a refreshing fruity aftertaste. Another of the flavours I quickly demolished and I would be happy to choose this one as an ADV.

As I didn’t have a choice in the flavours (they came in a review bundle), there were flavours I would not have chosen. Thankfully, I got some superb flavours and it open my eyes to some profiles I usually would avoid. There were a couple I didn’t enjoy which were purely down to my personal taste, those juices were still good and no nasty taste was left behind so I would think they are a safe bet for vapers that do like those flavours.

Finally I wouldn’t say IVG have been innovative with the supplied flavours, but what they have done is refined these flavours to be near perfect and well balanced. They have released some more adventurous recipes recently which I am now keen to try as they are a brand I now trust.

Thank you to IVG for supplying these juices and opening my eyes to new flavours.
https://www.ivgeliquids.com/salts/